Austin Rover sponsoring of Williams F1 team in early 80’s was key for the collaboration of engineers from both teams in the development of a new group B car, based in the MG Metro road car. Aerodynamics of the car was developed in the British MIRA wind tunnel led by German Bernie Marcus, from Austin-Rover Group Aerodynamics, but the influence of F1 team was undeniable. It was the first rally car to use a front wing, while the rear wing was also derived from F1 wing concept.

Initial tests were carried out in May 1983, still without any wing. But soon additional downforce was required, to make the car more stable in the bends. First wings used came directly from Williams F1 Team stock, including an enormous rear wing with a 16-inch chord and a front wing from the successful Williams FW06. Instead of secret tests, Austin Rover tested different configuration in some rallies of the British Championship, which gave some clues to the other teams about aerodynamic devices to be used, especially about rear wing.

The final configuration included an adjustable front aerofoil and a roof-mounted rear wing, also adjustable and both made in aluminum. It significantly improved car handling, stability and engine cooling. Final downforce obtained was estimated to be around 540 kg, higher than 50% of car weight (1.040 kg). With this configuration, the car obtained several victories in the National Championship, before getting the homologation to participate in the World Championship by the end of 1985 (see Homologation Form here). The first international rally was the 1985 RAC Rally, where Tony Pond obtained the best result ever for the Austin-Rover group, by finishing third, right behind the pair of brand new Lancia Delta S4, and ahead of title contenders Audi and Peugeot.

In spite of such a good start, 1986 season was a nightmare for the British team, due to poor reliability of the engine and some accidents. 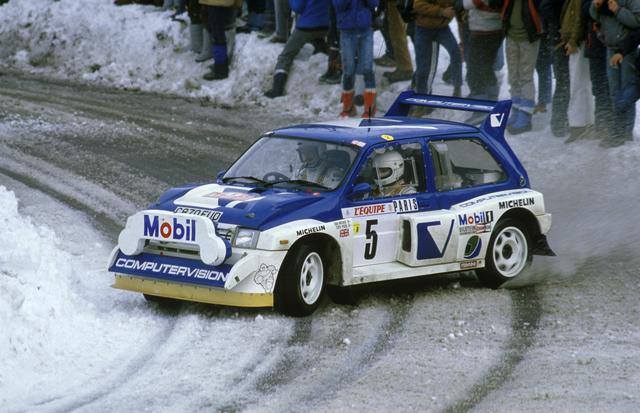 Best result was obtained by Malcolm Wilson at Sanremo Rally, where he finished in the fourth position. No changes were introduced to the aerodynamic package throughout the season, which resulted to be the last one for group B due to FIA ban after dramatic crashes in Portugal and Tour de Corse. 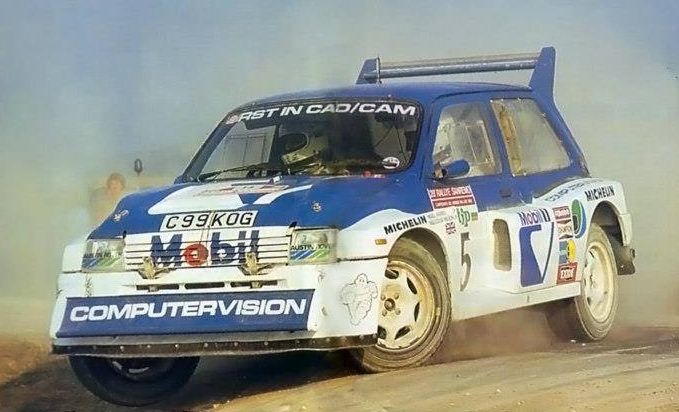 Further info about the car and his rallying performance can be found here.

Citroen and Ford also joined the group B battle in 1986, but maybe too late to succeed.