In the last week, Citroën and Ford have started to test what looks to be their definitive aero package for the coming season. Citroën revealed during the second part of their test 7 a new rear wing with two irregular blades, which are supported by two swan neck arms, very similar to Polo WRC’s new supports.

The angle of attack seems to be lower than in the previous wing configuration, while the upper blade is not regular in shape. 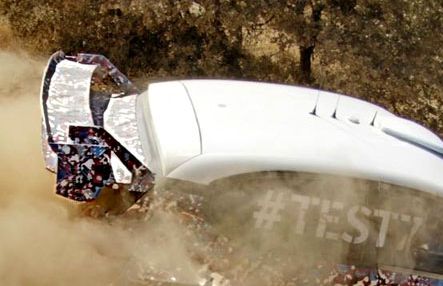 Ends of upper blades are open, similarly to the new Polo design.

The last team to reveal their configuration, Ford has finally shown the 2017 version of the Fiesta WRC, at the hands of Ott Tanak in the tests carried out in Catalunya this week.

New wing consists of two blades supported by side panels, with significant separation between blades and high angle of attack, and no vertical fins.