Mitsubishi appearances in the WRC started in Africa, as Toyota, Datsun or Subaru did. Victories came very soon when Joginder Singh was able to win the Safari Rally in 1974 and 1976, at the wheel of a Mitsubishi Colt Lancer. Some individual attempts by Andrew Cowan followed, by trying to align the Lancer Turbo 200 in 1981 or the Starion 4×4 group B project, but with no support from Mitsubishi. The first serious approach to the WRC  came in the late eighties when they prepared a sporting version of their new (sixth) version of the Galant, the new four-wheel drive and four-wheel steer sedan from the Japanese manufacturer. The Galant VR4 group A was designed in Japan while final refining was done by Andrew Cowan’s Ralliart Team, led by Chief Engineer Allan Wilkinson. The VR4 aero kit included a small boot-lid spoiler and side skirts. 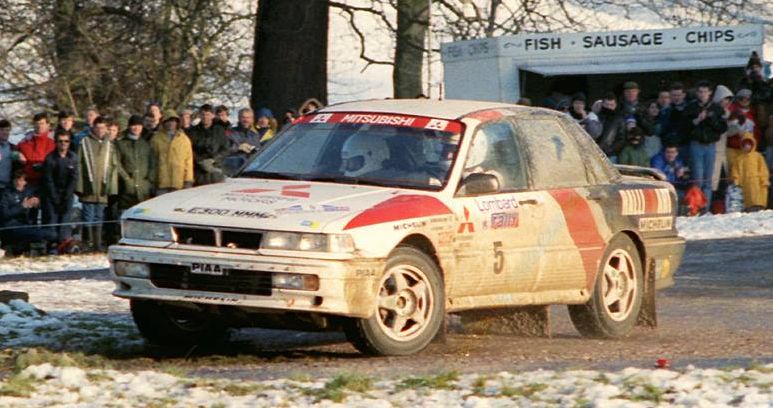 The Mitsubishi Galant VR4 proved his character from his first appearance when Ari Vatanen won two stages in the 1988 RAC Rally. In the next years, the car got prestigious victories in some of the most prominent rallies, such as the 1000 Lakes (1989), the RAC Rally (1989),  or the Swedish Rally (1991). Although none of them by the official driver Ari Vatanen but by the second driver, which were guest drivers the team had invited for just one race (Mikael Ericsson and Penti Airikkala in 1989 victories).

A lighter version of the car was homologated in 1991, the Mitsubishi Galant VR4 Evo, which outperformed in his first rally, the Acropolis Rally. But Kenneth Eriksson suffered a road accident close to Athens, which prevented him from getting a well-deserved win. 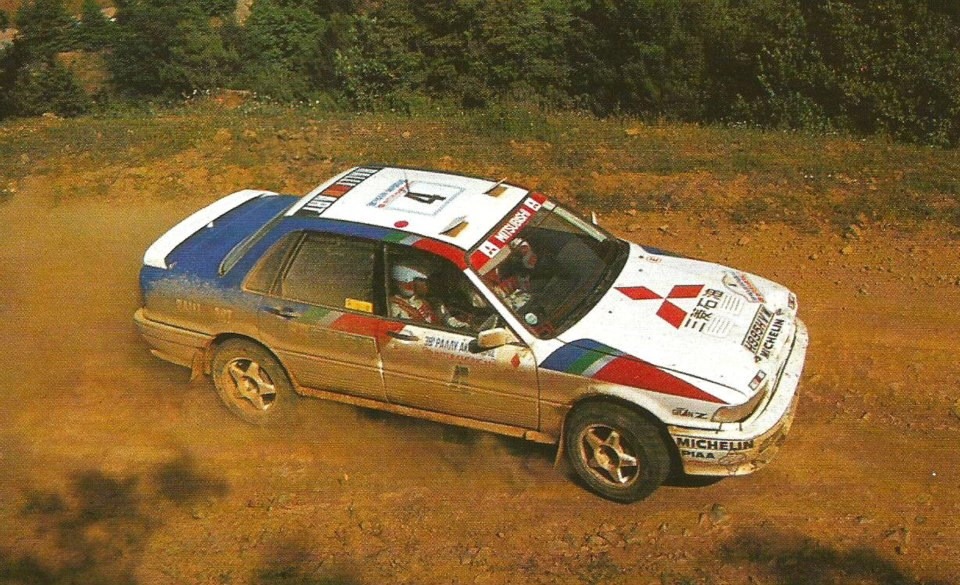 After poor results with Timo Salonen as leading driver, the car left the WRC by the end of 1992, although privateer Kenjiro Shinozuka won in the Ivory Coast Rally in 1991 and 1992. 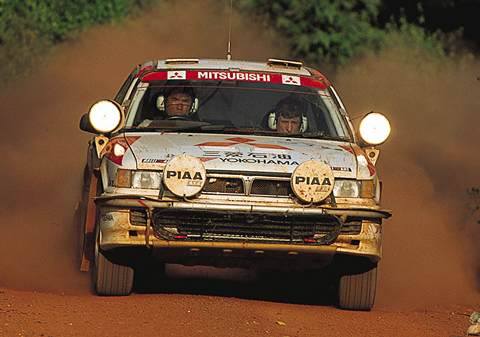 Bigger air intakes in the front spoiler and a slightly modified rear spoiler were the most significant modifications in the aero kit of the Evo version. But the car was still too long (4.5 meters) to become a successful rally car.

As Ford with the Sierra and the Escort RS Cosworth or Subaru with the Legacy and the Impreza, the Galant allowed Mitsubishi to define the base for their future successful rally car, the Lancer Evo, which, starting from the four-wheel drive system and turbocharger from the Galant VR4, became a winning car in the late 90s. Here’s how the Lancer Evo and Tommi Makinen mastered the WRC in the 90s.

2 thoughts on “Mitsubishi Galant VR4, the base for Lancer Evo dominance in the WRC”