Mitsubishi launched the fourth generation of the Lancer model in October 1991. One year later, based on the GSR 1.8 Turbo, the Japanese manufacturer presented the rally version of the car to enhance the Lancer’s image through rallying. The Lancer Evolution (or Evo, as it would be known since then), became an instant success, as the 2.500 cars produced were sold in just three days. It was smaller and lighter than the Galant, and it soon proved to have better dimensions and driveability for rallying. The main design was done in Japan, with Toshiyuki Sueyoshi as Chief Engineer and Iwao Kimata (considered as the father of the Lancer Evo), while cars were built in the UK Rugby’s facilities of Ralliart Europe Team. Kenjiro Shinozuka and Kenneth Eriksson were in charge of the development test program of the rally version of the car, together with Lasse Lampi (the first man to drive for Ralliart Europe and currently Toyota Gazoo Racing Test Team Advisor), who participated in the test. 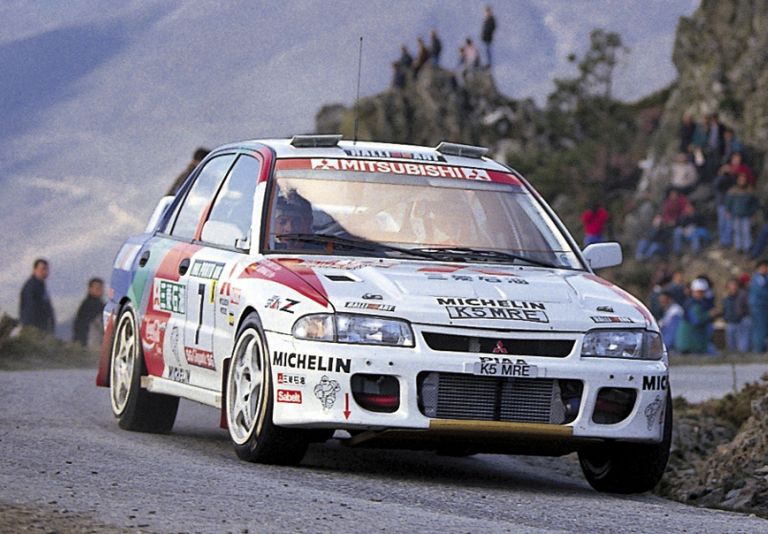 The Evo incorporated a complete aero kit, including several air intakes and vents, side skirts and a big spoiler on the hood. The front bumper included a big air inlet for the intercooler and two side inlets for the brakes, while an additional air inlet was located on the left side of the bonnet. All this air was removed from the engine bay through two big vents included in the center of the bonnet. The car lacked front splitter or lower body aero aids.

In the rear, a hood spoiler helped to reduce lift, by 18%, according to Mitsubishi estimations. In spite of all this, drivers always complained of understeer. The car was homologated in January 1993 (see Homologation Form). 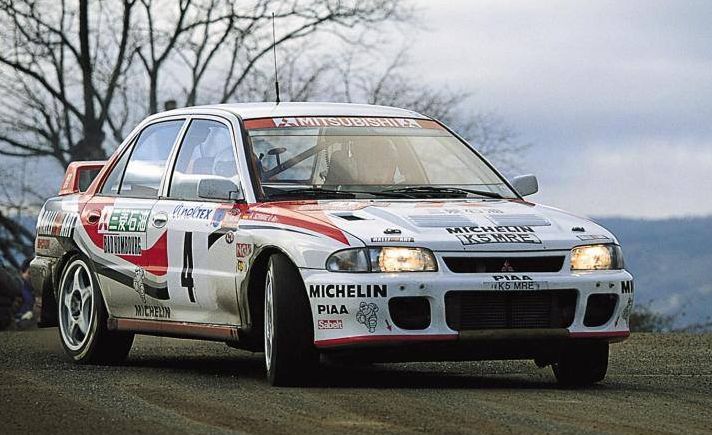 Car debut in the competition took place in 1993 Rallye Monte Carlo, where the car showed a good pace to finish fourth with Kenneth Eriksson and sixth with Armin Schwartz, even after suffering from some youth problems. The car showed his best performances on rough terrains, as Schwartz gave him his first podium in Greece,  Eriksson finished second in the RAC Rally and Shinozuka was also second in the 1994 Safari Rally, just before the second version of the Evo was launched.

Lancer Evo II was announced in December 1993, as an improved version of the original car. Several modifications were introduced to try to minimize the drawbacks of the first Evo. Understeering was reduced by introducing a lower lip on the front bumper (an air dam), to reduce the amount of air going below the car and thus increasing pressure down to the floor in the front of the car, especially at high speeds.

The most important modification was the introduction of a lower section of the hood spoiler, lying on the hood and with an aerodynamic profile, which is known as wicker. The purpose was to increase downforce also on the rear of the car, without significantly increasing drag. Compared with Evo I, which upper plane was almost parallel to rear hood, the angle of attack was increased in Evo II, so reducing lift (which is opposite to downforce). The car was homologated in April 1994, at extension 14/01 ET of Homologation Form. 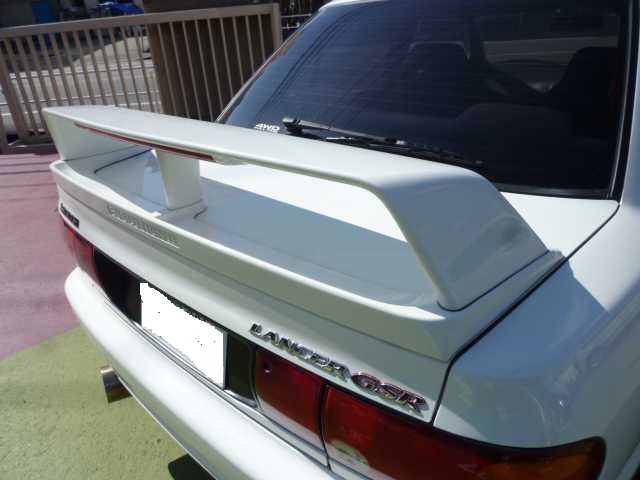 The first appearance of the Evo II in the competition was in 1994 Acropolis Rally, with Armin Schwartz finishing second. Three weeks later, the Swedish driver got the first win for the car at the Asia-Pacific Rally of Indonesia. During the rest of the year, the car suffered from problems in the transmission. The only victory in the WRC came, as usual, in the last outing of the car, in the 1995 Rally of Sweden, by Kenneth Eriksson, who also got the title of the Asia Pacific championship that year. 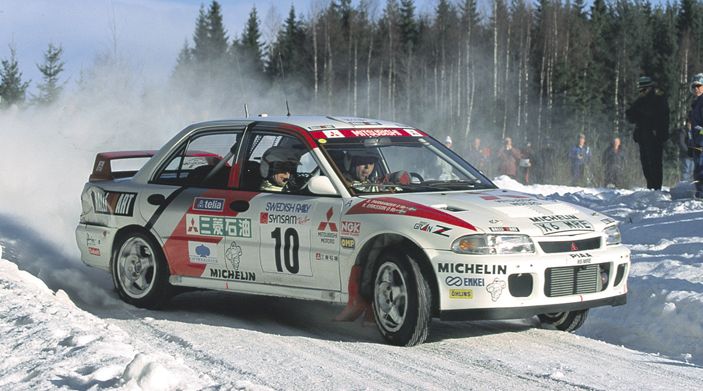 But 1995 saw also another big step for the team, as Tommi Mäkinen joined Ralliart and quickly showed his potential by finishing fourth in his first race, in Montecarlo, and second in Sweden. 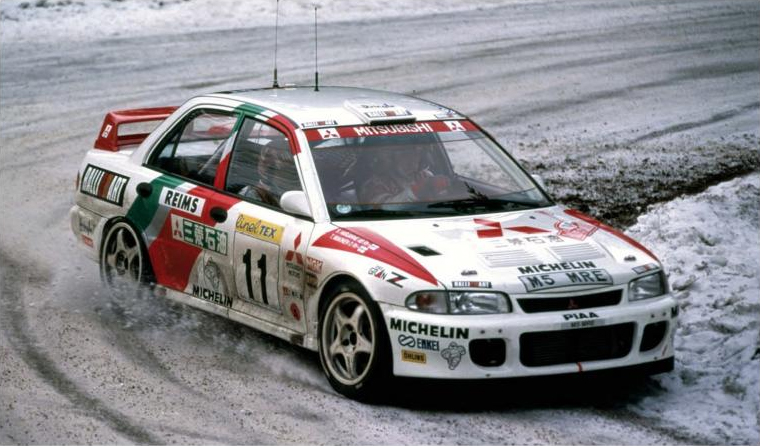 February 1995 saw the birth of the Lancer Evo III, with a power increase over Evo II and all aerodynamic appendages slightly modified. The front spoiler was redesigned, with bigger and additional air intakes to provide more airflow to brakes and transmission. The bumper lower profile was prolongated into the side, bigger skirts, and into the rear bumper, with lower corner splitters extensions to modify the way air left the car behind it.

The rear spoiler was converted into a rear wing, by introducing an inverted airfoil in the upper plane, with a similar angle of attack to Evo II. Wicker was maintained and increased in size. As a result, lift turned into downforce, at a higher drag cost, but this was not a problem due to the higher power available. The car was homologated on April 1st, 1995, extension 20/02 ET of Homologation Form. 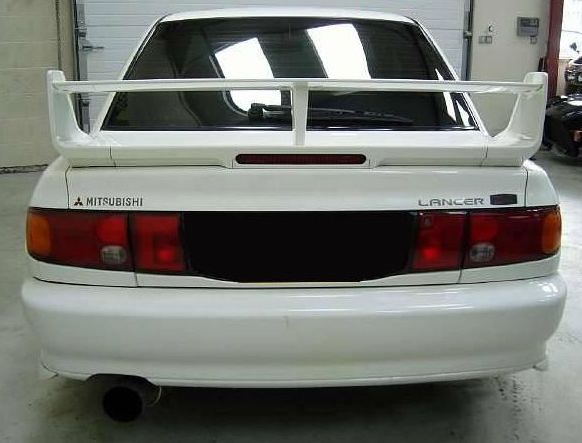 Officially, the first outing of the Lancer Evo III took place in Kenyan Safari Rally 1995, driven by Kenjiro Shinozuka. It was the Lancer Evo II the Japanese driver had been driving in previous years, which was updated to an Evo III spec for this rally, and they finished in an excellent final second position. A true Evo III was aligned in the WR Championship since the next race in Corse, where Andrea Aghini reached a brilliant third position on a traditionally uncomfortable surface for Mitsubishi cars, such as asphalt, in a Evo II converted to Evo III.

Mäkinen and Eriksson confirmed the car potential by winning in 1000 Lakes and Australia Rally, respectively, closing a very positive first year of the car that proved to be very beneficial in the next year.

In 1996 Tommi Mäkinen and the Lancer Evo III obtained an impressive record of five victories out of nine races, by winning in Sweden, Safari, Argentina, 1000 Lakes and Australia rallies. Such outstanding performance allowed him to get his first Drivers world title, a success that he would be able to renew in the next three years. 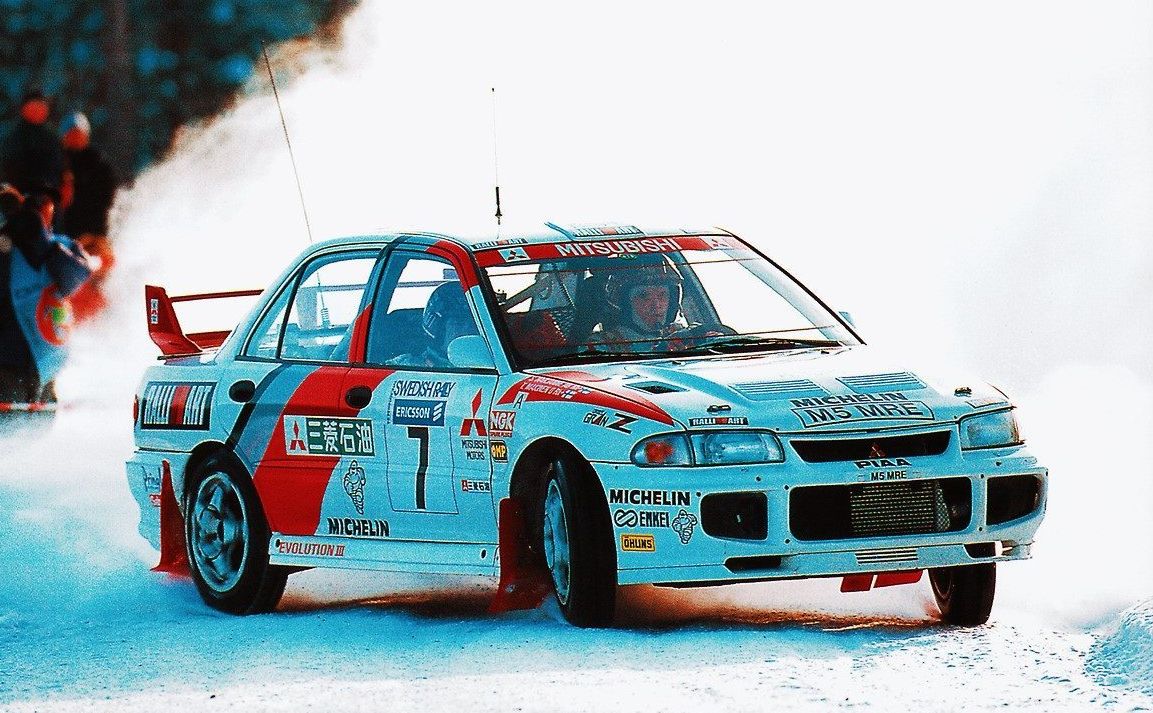 1996 saw also the first win in the Championship of the young British driver Richard Burns in New Zealand, who had joined the team after leaving Subaru at the end of 1995. 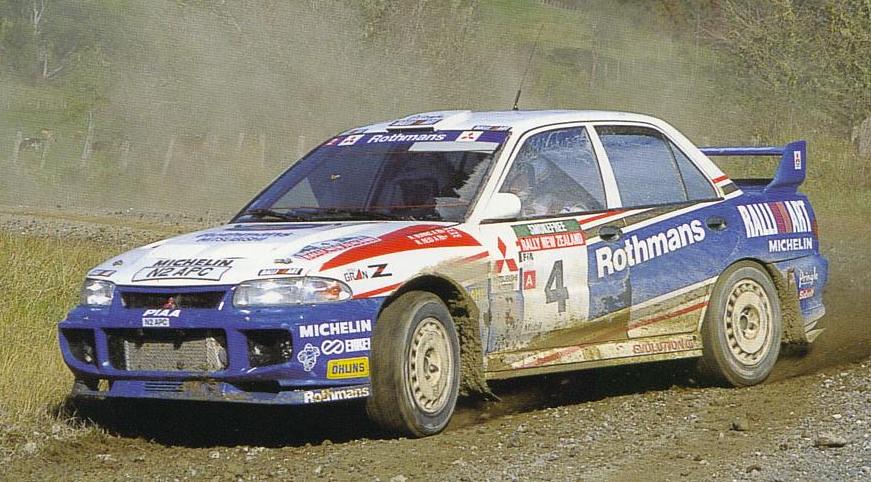 In 1997, Mitsubishi’s history in rallying continued, with the Lancer Evo IV and V sweeping the new WRC cars.