After introducing significant aerodynamic changes in the cars aligned in Rally Catalunya, affecting the dive planes and rear wing (we already reviewed in a previous post), Hyundai continued to work on additional modifications in the car, to increase their options in the battle for world drivers title. Such modifications were only incorporated into Thierry Neuville’s car in Wales Rally.

Arch of rear wheels was the main object of the modifications. The front area of the arch was redesigned. Now it has a round shape, allowing air to flow up to the top of the arch, in a vertical flow direction, while the original shape was designed to send air towards the side of the car, into a horizontal direction. The picture below shows comparative of the new (Neuville) and old (Sordo) design, as included in Hyundai cars in the last Rally of Wales.

The picture on the right side below shows the flow of air under the new design (Neuville’s car) compared to the horizontal flow in the original design (Sordo’s car).

In the top end of the arch, an additional winglet has been added, in order to help air flowing upwards, similar to that included in the rear arch of the VW Polo WRC 2017. Also, the door has been modified, as the lower part has been covered by a flat portion, eliminating a small dead end. 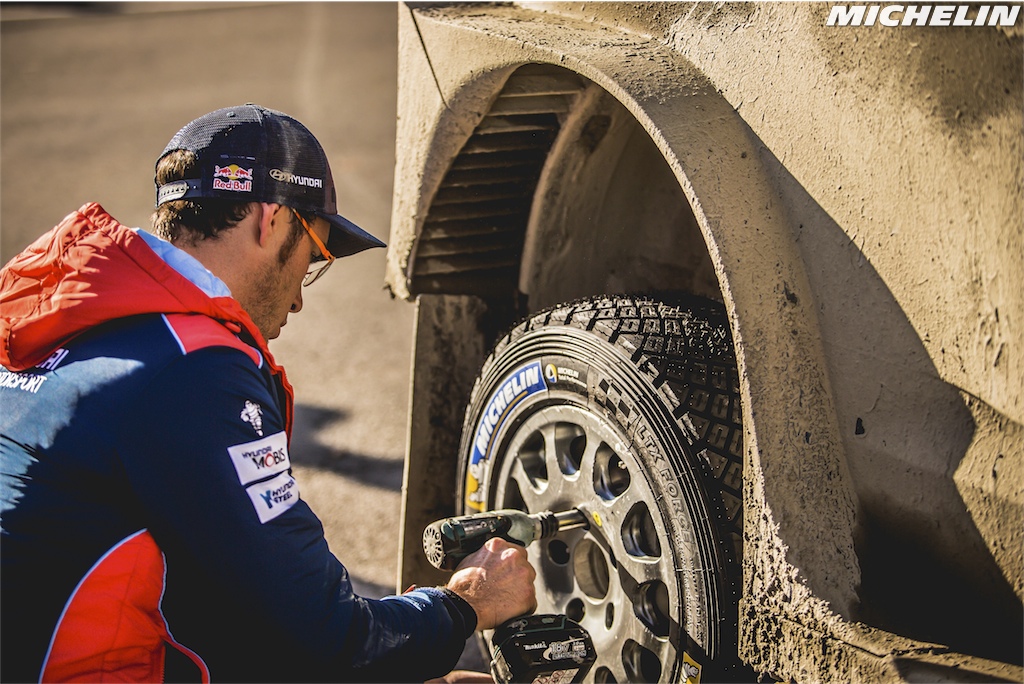 The picture above shows the new design, versus the old design in Neuville’s car in the Rallye Monte Carlo rally (below).

The rear part of the arch has also been modified. A higher number of louvres (A) are present in the new one, which starts from the top of the arch. And they are wider than in the old design. Also, the rear bumper has been modified, and side air outlets (B) have also increased in size with respect to the original design. 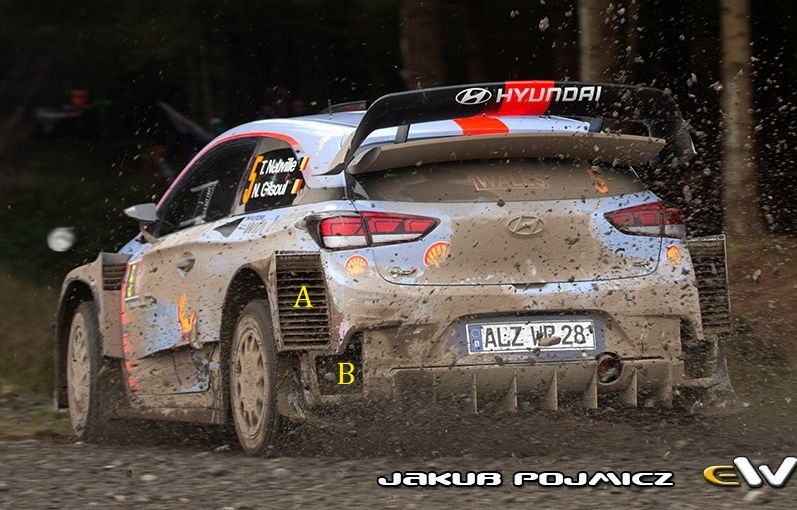 The previous design contained a lower number of thinner louvres, allowing a smaller amount of air from cooling brakes could be removed. Also, orientation seems to have changed: the original design seems to force air downwards, while the new design shows horizontal strakes.

The reason behind this modification is probably problems with rear brakes cooling. That would explain why all four Hyundai cars run in Wales with the NACA duct in the open position (on the left side), while in other rallies run at a higher temperature (such as in Finland in August) it was closed. These NACA ducts are designed to feed cooling air to rear brakes with minimal drag increase, as we reviewed in a previous post.

Modifications included in Catalunya and Wales Rally complete the new aerodynamic package of the Hyundai i20 Coupé WRC. As Seb Ogier and M-Sport won the titles in the Wales Rally, no further modifications are expected until next season from any team.