The introduction of the WRC concept for 1997 posed a dilemma for Ford: the new model (Focus) was still in the early stages of design, while the old model (Escort RS Cosworth) was very close to the end of his life. In addition, there was no budget for big modifications until the arrival of the new car. But Ford was interested in maintaining his presence in the World Rally Championship until the new car was ready, so they decided to revamp the Escort RS Cosworth, and convert it into a real WRC car, taking advantage of the freedom allowed by the new regulations. Proof that this was a transitional solution is that production of Escort RS Cosworth ceased during 1996, so Ford was going to face the Championship with a car which would not produce anymore.

Philip Dunabin led the design process and the build test program of the new Escort WRC, under the management of John Taylor and Martin Whitaker. As for the Escort RS Cosworth, wind tunnel evaluation was carried out at Ford facilities in Merkenich, Germany. Two main areas were reevaluated: the rear wing and the front bumper.

The original, bi-plane rear wing was too large for the new regulations, so it had to be reduced, to a maximum width of 1365 mm. The new design included a top wing with endplates and a big wicker below, which generated higher downforce than the original design, according to Ford. 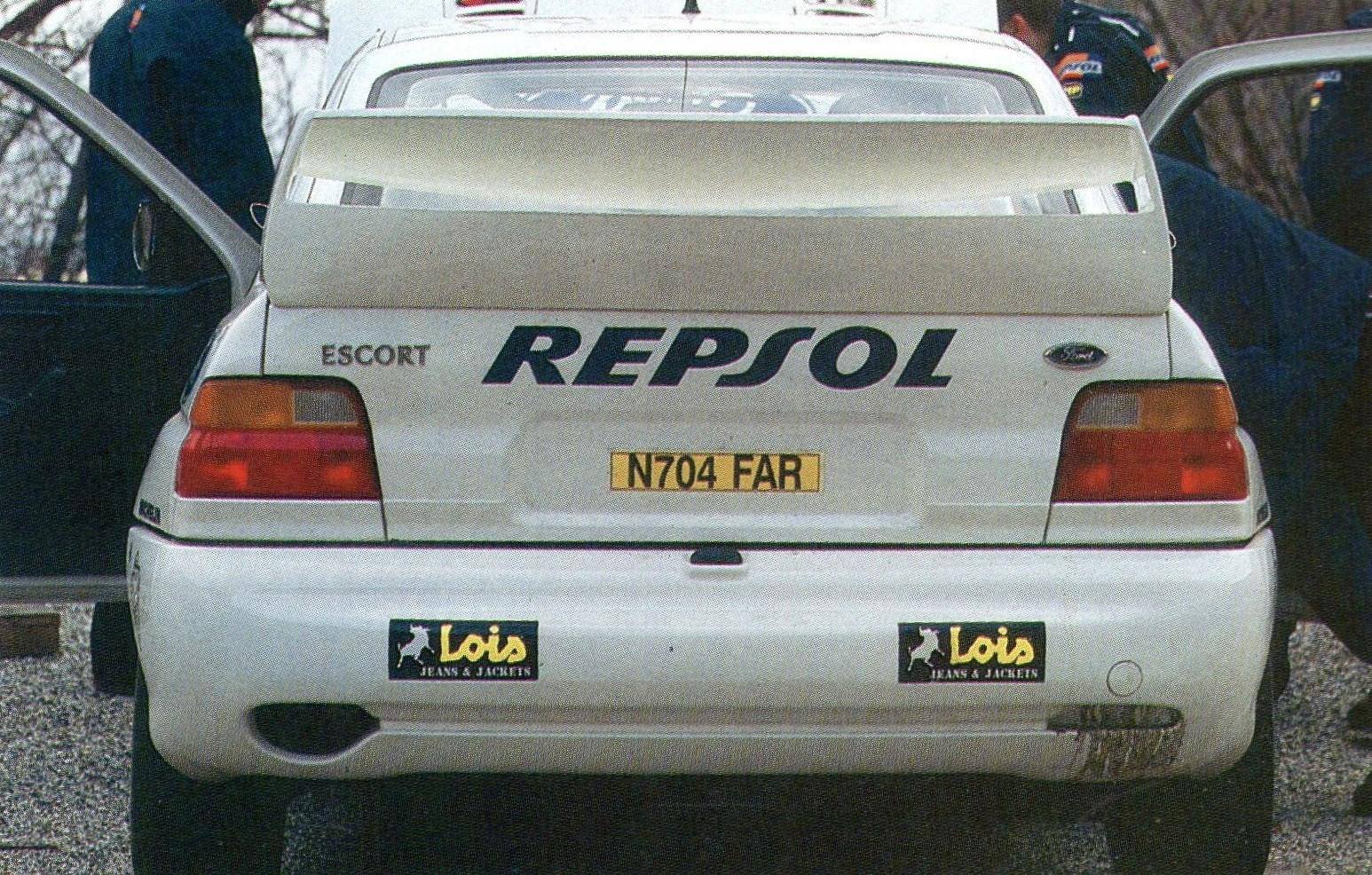 A new front bumper was designed, as relocation and size increase of radiator and intercooler required new air inlets.

Also, two small air outlets were incorporated on both sides of the front bumper, while side skirts were maintained. 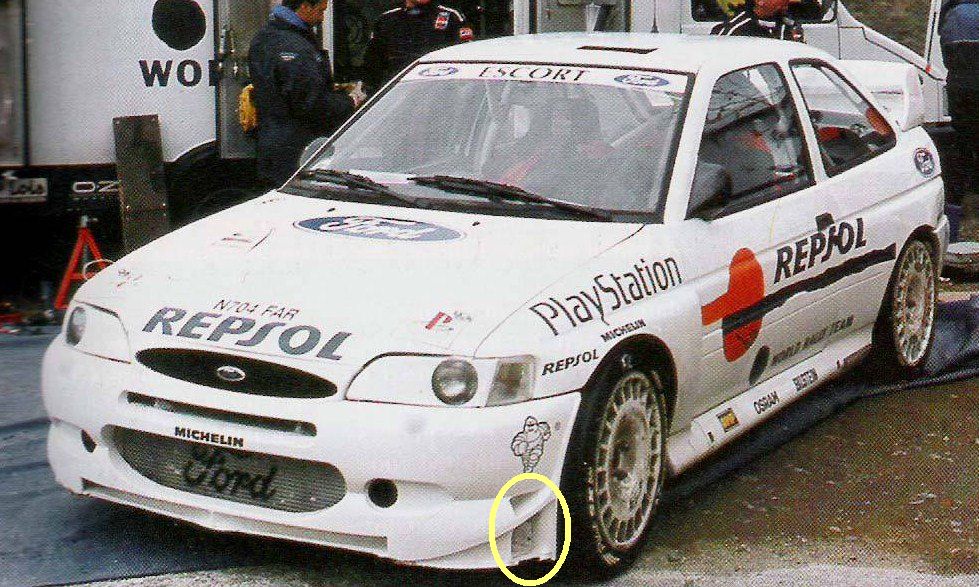 The result was an increase of downforce generated with no drag increase.

Other modifications were introduced, with the new rear suspension as the most significant. The car was renamed as Ford Escort WRC, and the reference to the Cosworth (engine) disappeared. It was homologated in January 1997 as a variant (20/01 WR) of the Ford Escort Cosworth RS (see page 124 of Homologation Form). To transform an Escort RS Cosworth into a WRC, kits were offered by different suppliers, following Boreham specification; some of these manuals are still available online).

Ford also took the decision of ceasing his direct participation as a manufacturer in the Championship, leaving Boreham as a mere R&D center. M-Sport was commissioned to run the cars since 1997…. an agreement which still alive nowadays. Malcolm Wilson was the Team Manager, while the Technical Manager was initially Philip Dunabin. When Dunabin moved to Ford’s BTCC team, his position was offered to Bernard Lindauer…who decided to accept a similar offer from Mitsubishi, to replace Mark Amblard. So, finally, it was Amblard who joined M-Sport since early 1997 and assumed the role of Technical Manager.

On the drivers’ side, Carlos Sainz continued in the team, together with Armin Schwartz, but poor results and lack of sponsors forced the German driver to withdraw after only six rallies, and his place was taken by highly-experienced, multiple world champion Juha Kankkunen since Argentina.

In spite of the initial domination of Subaru in the Championship, Sainz was able to place the Escort WRC in the second position in Montecarlo, Sweden and Corsica, while Schwartz was third in Portugal. Soon it was clear that the engine lacked power, and since June the team started to test a new evolution of the car, which was launched in New Zealand (gearbox) and Finland (suspension geometry and differentials). Due to WRC regulations, the engine could not be modified until next homologation, in 1998.

By winning in Acropolis, the Spaniard repositioned himself in the Championship, even though Makinen was still leading by a considerable margin. The second place in New Zealand (after hitting a lamb in the last leg when he was leading), and the second win in Indonesia kept Sainz in the fight. 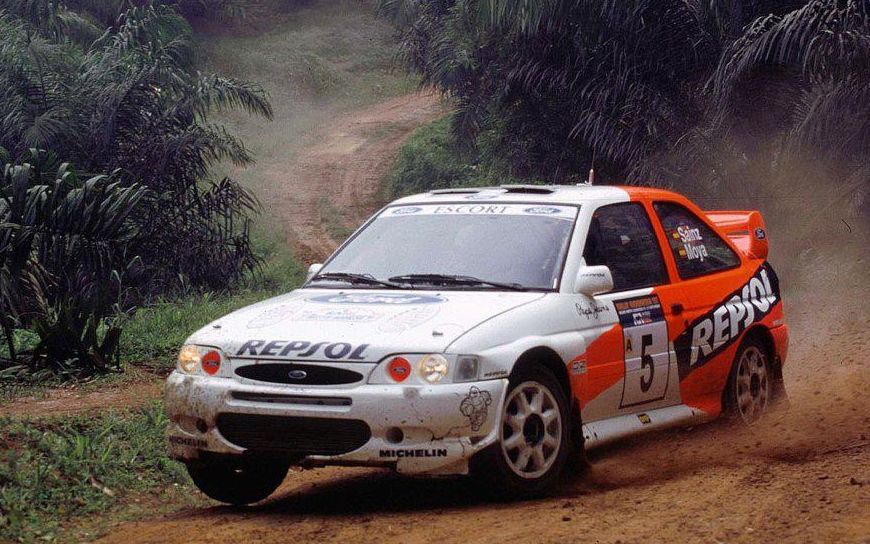 But Makinen was more effective in the final rallies of the season, and, in spite of the third position of Sainz in the RAC Rally, the driver’s title escaped to Finland. The important contribution of Kankkunen, who was second in Greece, Finland, Indonesia and Great Britain and third in New Zealand, allowed the British team to ensure the second position in the Manufacturer’s championship, ahead of Mitsubishi, while the crown was for Subaru.

For 1998, the car weight was reduced and the engine was revamped by Tom Walkinshaw Racing (TWR), with the main goal of increasing power.

The departure of Sainz to Toyota was covered by Bruno Thiry, who teamed with Juha Kankkunen for the whole season.

The results of the season were hampered by poor reliability and still a lack of power of the engine.

Even so, Kankkunen showed good performances, especially on poor grip conditions. He started the year with three consecutive podium positions in Montecarlo (2nd), Sweden (3rd) and Kenyan Safari Rally (2nd). Ari Vatanen, co-drived by Fred Gallagher, joined the team for three events (Safari, Portugal and Finland) and was able to reach a superb podium in the Kenyan event. 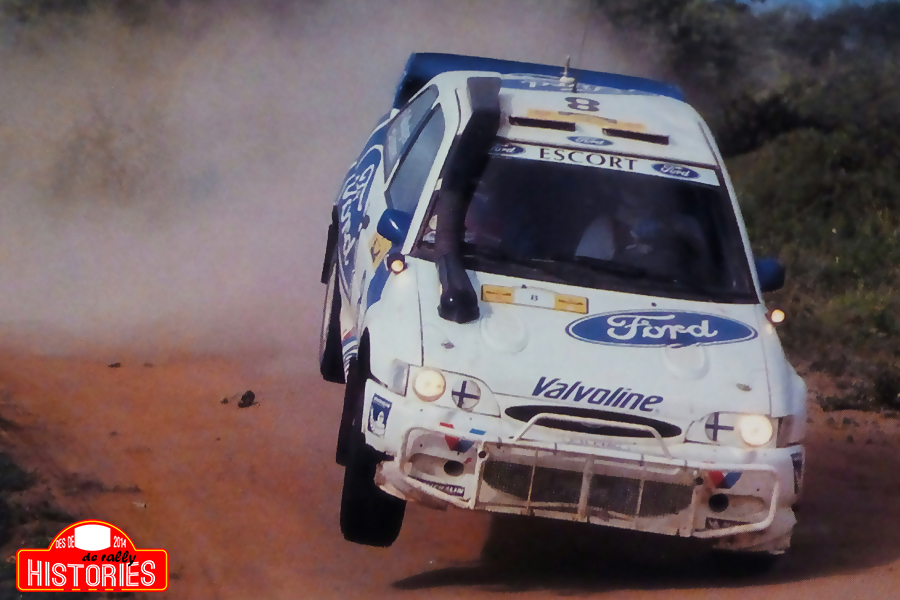 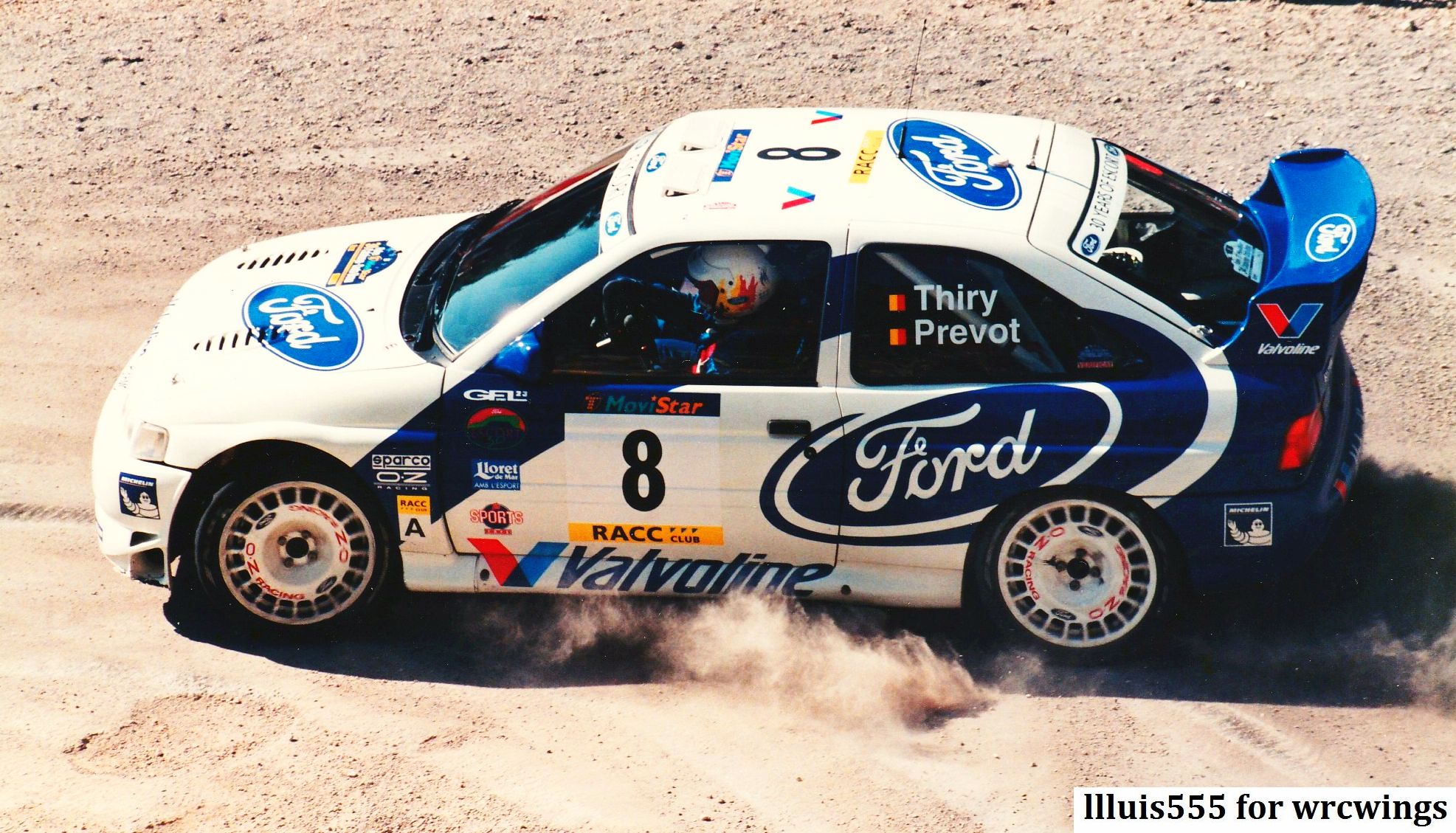 In the spring of 1998, Ford Motorsport asked Wilson to develop the factory’s new car, the Ford Focus, so no further development was done on the old Escort for the rest of the year. 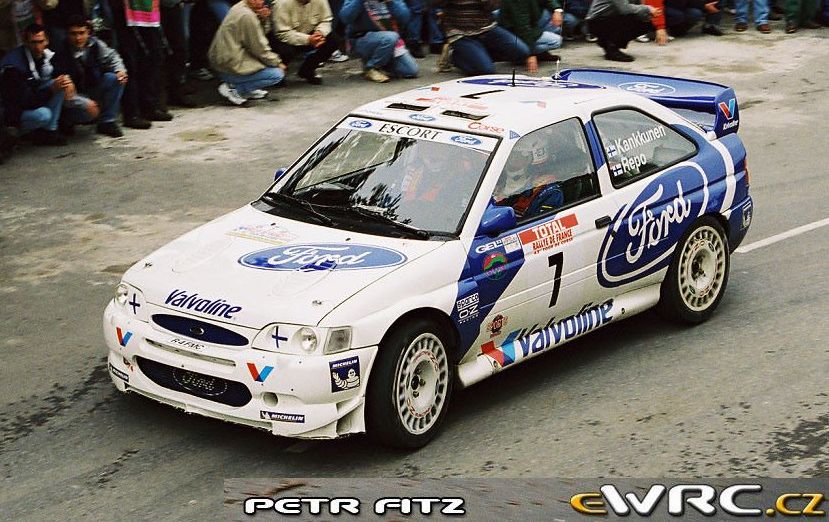 In spite of this, Kankkunen still was able to drive the Escort WRC to third place in Argentina, Greece and Finland.

The best team result was obtained in the very last rally of the Escort, in the 1998 RAC Rally, where Kankkunen finished second and Thiry third. It was a brilliant closure for an emblematic car, which had made his first appearance in rallying back in 1968.

Since mid-season, M-Sport was fully concentrated in the development of the new Ford Focus WRC,  a car we review in another post.