After the Tour de Corse, teams have started their preparation for a series of 4 rallies on gravel (Argentina, Portugal, Sardegna and Finland). As usual, the first quarter of the season does not allow to draw too many conclusions for the rest of the season, as teams have had to deal with four different surfaces (asphalt/snow, snow, gravel and asphalt) and weather conditions. And Mexico is not significative enough, due to altitude and rough terrain, compared to Portugal or Finland.

At the end of the next four gravel races, things are expected to be much more defined in the Championship, so teams need to optimize their cars not to lose chances in the Championships. Under these circumstances, all teams have been developing gravel tests in the weeks previous to the Rally of Argentina.

Current regulations do not allow teams to carry out tests outside Europe, so all teams decided to carry out the tests on the gravel roads of two of the forthcoming rallies: Hyundai, Ford and Citroën in Portugal while Toyota in Sardegna.

Citroën tests were developed by Craig Breen (who returns to the Championship after two races were Loeb took the wheel of his car) and Kris Meeke. Also, Khalid Al Qassimi tested the car while preparing his participation in the Rally of Argentina.

During the test days, news from the return of Mads Østberg to the French team arrived, and he was also invited to a one-day test. The Norwegian driver will retake the wheel of the C3 WRC at least in Portugal and Sardegna so we will be able to enjoy again with his spectacular jumps in Fafe and Micky’s jumps.

At the end of the tests, Citroën also announced the use of one chassis joker on a new evolution of its rear axle, to widen even more its window of use. Increasing the window of use probably includes increasing suspension travel, which has an impact on the aerodynamic behaviour of the car. On one side, it allows a higher height of the rear of the car, thus reducing the effect of the rear diffuser, as air flow speed is lower (due to higher space available) and pressure increases (by Bernoulli).

On the other side, when higher travel is allowed, it is usual to stiff suspension, which also has an impact on the aerodynamics: higher downforce is required to increase grip at the rear of the car. 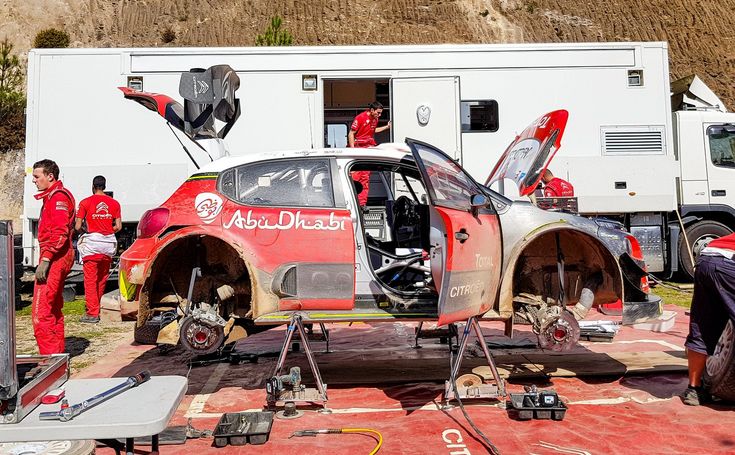 From Meeke’s pictures during that tests, it could also be inferred that Citroën has been testing a new design of front splitter. What happened, though, is that Meeke lost his front splitter during the test, as pictures from the start of the test confirmed. In any case, this is something all teams should be working on, as Argentina already proved last year to be one of the toughest rallies, in terms of reliability of the aerodynamic appendices, as we saw in our last year reliability review.

Citroën tests have been developed with still no news about the name of the new Technical Manager. The departure of Christophe Besse by the end of March left a gap in the team which still has not been filled, and for sure this does not contribute to an adequate technical evolution of the car.

Totoya has been testing in Sardegna with his three official drivers (Latvala, Tanak and Lappi). Images from these tests show they have been working on cooling of rear brakes. The picture below shows that modifications on rear brake air inlets have been evaluated.

By comparison with the next picture, of Esapekka Lappi’s car in Corsica, the shape of the inlet is different, although size seems to be similar to the previous configuration. 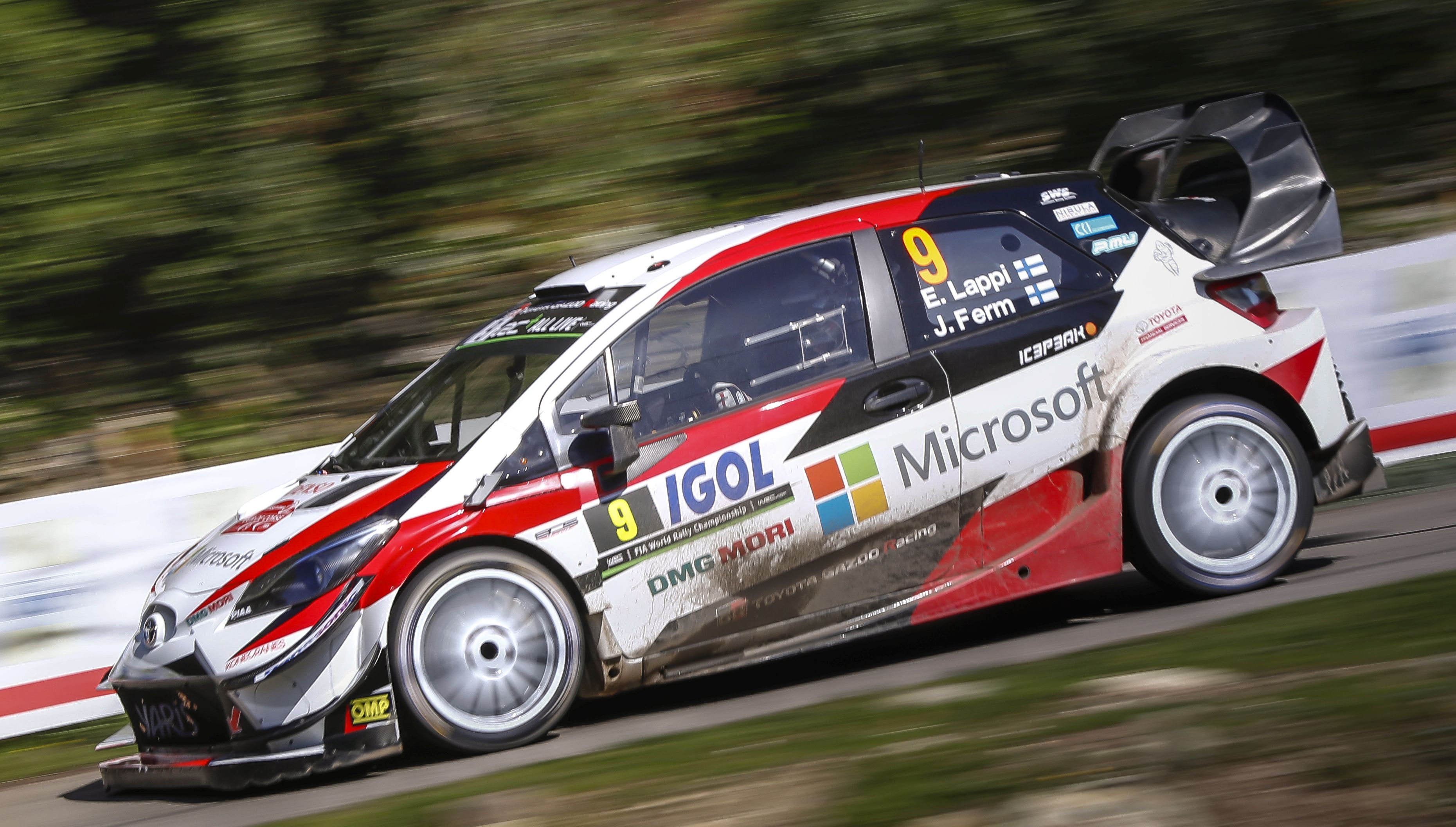 Hyundai also announced the use of an engine joker for the Rally of Argentina. A new evolution of the engine will be used, which has been tested and validated by Mikkelsen, Neuville and Sordo in the tests the team has developed in Portugal in the last weeks. Additional power is always welcome, and especially in Argentina where, as in Mexico, last day stages take place at altitudes over 2000 meters, which significantly reduces engine performance. The reason is the lower pressure at altitude, that makes that, for the same volume, less air is available and, in consequence, less oxygen…although oxygen concentration remains the same. 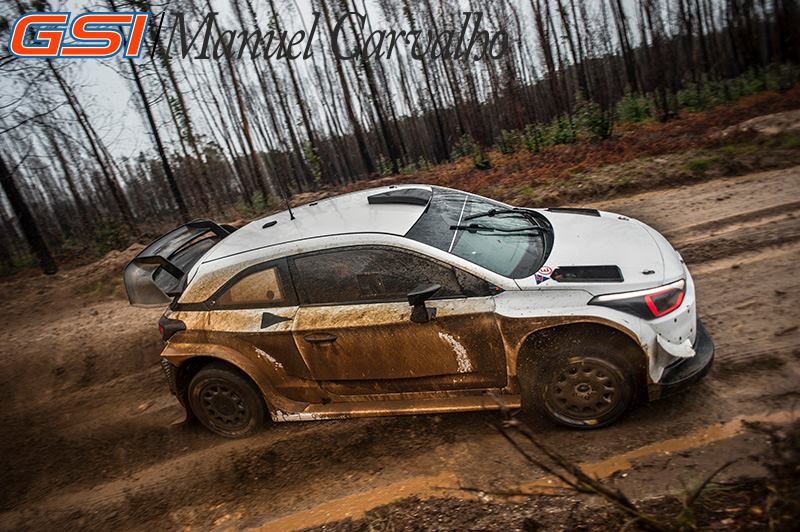 M-Sport also developed three days of comprehensive development tests (according to the official note from M-Sport) in the Alentejo area (Portugal) near Beja, in the search for rougher roads for a better preparation for Argentina, with Elfyn Evans, Teemu Suninen and Sebastian Ogier. Images from these tests show that the test car is still using the new side mirrors design, while they have not been used yet in competition. 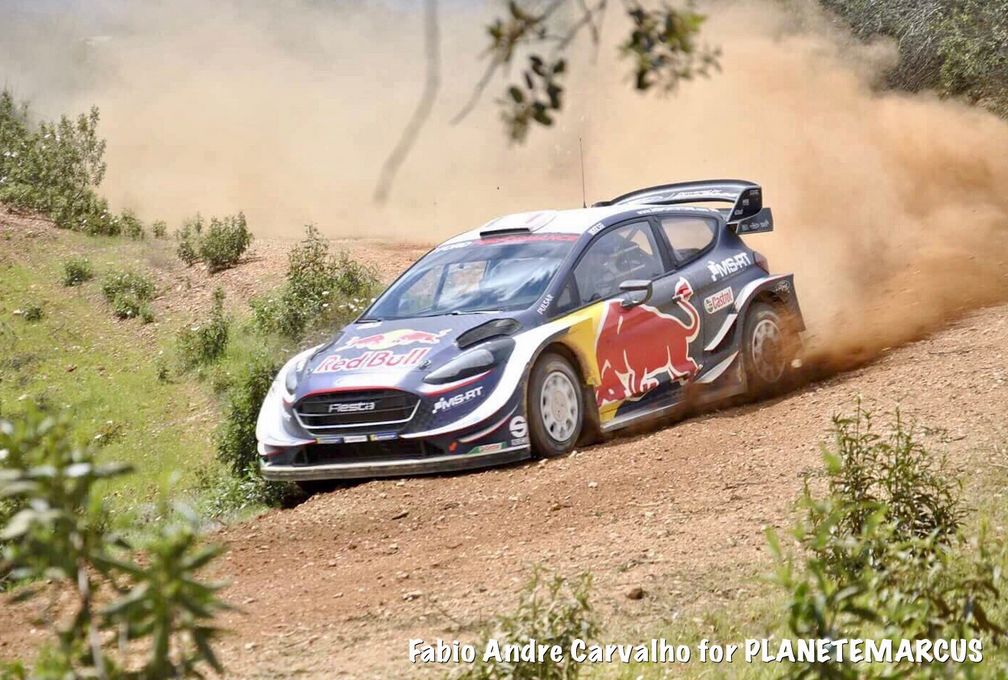 During the next races some modifications on the Fiesta are expected, as a result of the support from Ford Performance, and, more specifically, from the visit the team made to the rolling road wind tunnel in Windshear (US) right after Rally of Mexico, where CFD design was validated and several modifications were evaluated. However, it is true that the performance of the Fiesta WRC in 2018 is almost perfect, after winning 3 out of 4 first rallies of the season, so probably some joker-free modifications have already been implemented.

For all teams, the car in gravel specifications means a loss in aerodynamic performances, as 1) softer suspension allows the car to an easier head up when accelerating and easier head down during braking, resulting in a reduced undercar aerodynamic efficiency, 2) car height is increased, also reducing the effect of front splitter and side skirts, and 3) aerodynamic appendices are easily damaged in rough terrains, leaving the car with less downforce and even with poor equilibrium that makes them undrivable.

The results from Rally Argentina, and more specifically from the first leg, will show the effectiveness of the gravel tests developed during April and will give a clue for the forthcoming rallies.

Update after Rally Argentina: great performance by Ott Tänak confirms the test the team did in Sardegna were really useful, as he led the rally with comfort, and declared that no set-up change was required in the whole weekend.