For the second year in a row (see last year review and awards), here’s our review on the reliability of the aerodynamic packages of the different 2018 WRC cars throughout the year, which has allowed us to decide the happy winners of the WRCWings Aero reliability trophies, second edition.

After the deceiving results in 2017, the general impression is that teams have done some good efforts to improve the reliability of their aero packages, and in 2018 fewer incidents have been accounted. Let’s see if this impression is right.

Dive planes and wheel arches have been the most often damaged pieces, especially on gravel events, although it is understandable, due to their prominent location and the stress they are submitted. But, as in 2017, the loss of rear wing, front splitter and rear diffuser are still the most critical for drivers, who continue to report undrivable conditions when this happens. 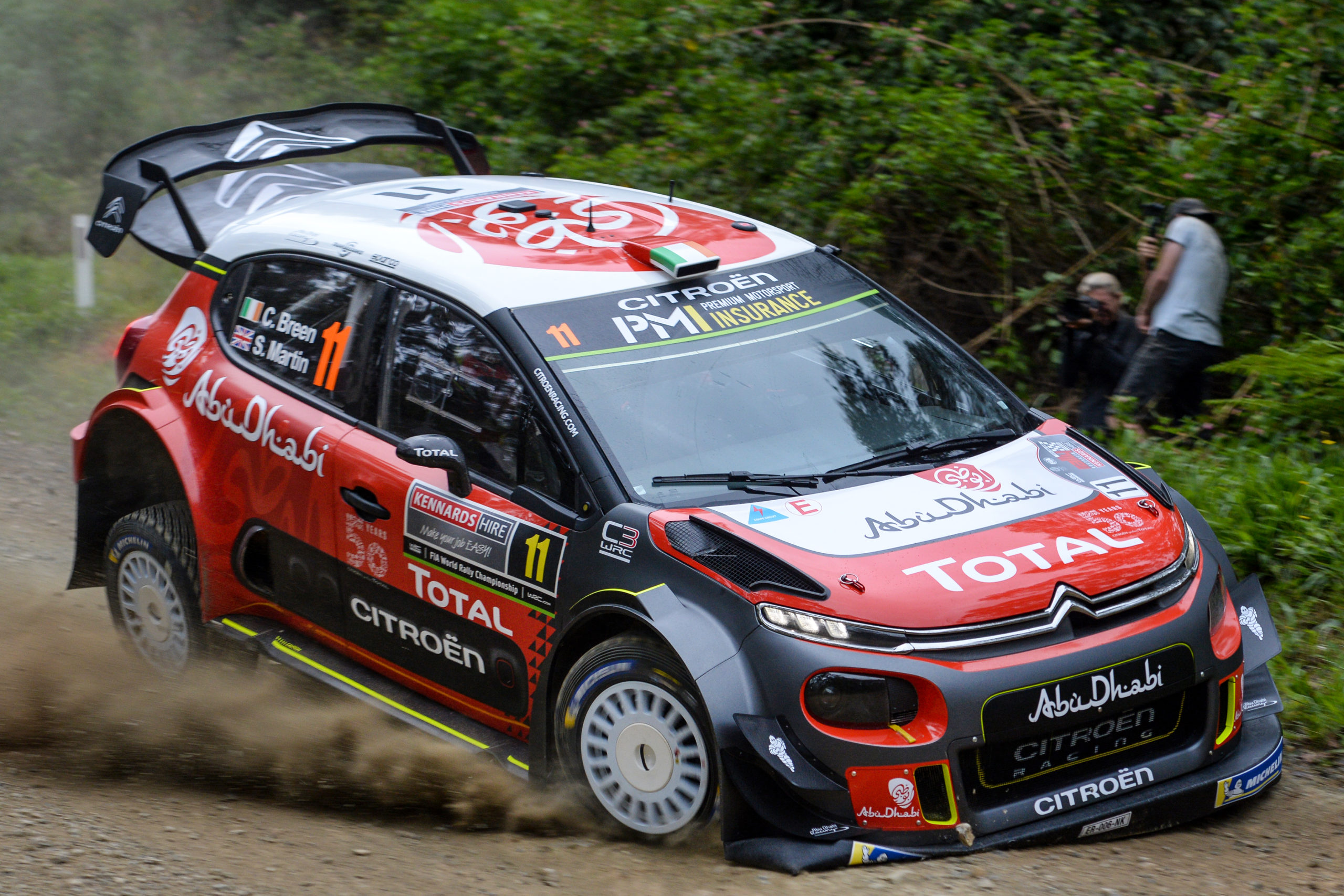 The Toyota Yaris WRC has proven to be again one of the most consistent cars, in terms of reliability of its aero package. Very few times their rear bumper and diffuser have been damaged, and most of them in the crazy conditions of the last event in Australia, while the fight for the title was on fire.

Also, the Yaris rear wing has proven to have one of the most robust designs, as only small damage on the side small wings have been eventually reported, and some of them have been solved with just some glue.

On the contrary, the dive planes, due to its prominent location, have proven to be the most sensitive parts of the Yaris, always in danger. Fortunately, the introduction of a second dive plane at the start of the season has minimized the impact on the car balance in case of damage of one of the planes, as most of the time the other one remained to still there to generating some front downforce.

Very often too, the fenders and louvered air vents of the wheels have suffered from the brave driving style of the Toyota drivers, but it is a prize that the Finland and Estonia based/Japanese team has paid gladly to get the well-deserved win in the 2018 Manufacturers trophy.

The front splitter has been put under test several times, especially by Ott Tänak/Martin Järveoja, with some undesired effect on the underbody aerodynamics.

The reliability of the Hyundai i20 Coupé WRC still has some weak points that too often penalised the bravery of their four drivers, with Thierry Neuville at the head of the incidents list, in the pursuit of his first Drivers title. The most often damaged part has been the louvred wheel vents, which only Neuville has broken more than a dozen times, in all kind of surfaces.

With a higher impact on the car performance, the loss of the rear bumper/rear diffuser has not been rare for the Hyundai drivers, with Neuville losing them a minimum of 3 times during the year, while his team-mates lost at least one each. Maybe is the lack of confidence due to not finding a good base set up all over the year, as Andreas Mikkelsen explains in this recent interview for parcferme.no, one of the reasons behind so many issues.

Even though the team removed on the dive planes by the end of season 2017, this has been the part with a smaller frequency of damages, together with the front splitter, which has been rarely damaged (Sordo/del Barrio in Germany).

In his fight for the title, Neuville has put his car into the limit on several occasions, leading to massive damage of aero devices, such as in Sardegna, Wales or Australia. 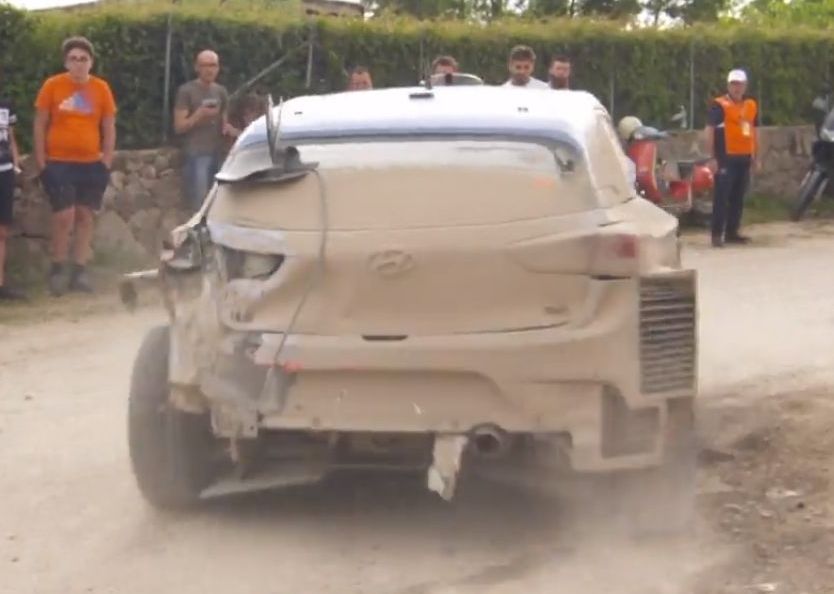 The rear diffuser has also been lost on several occasions during the year.

The reason why behind this kind of loss, with such a high impact on car behaviour, might be in the current Hyundai’s diffuser attachment, integrated by just two screws.

The team seems to have done an effort to improve one of its 2017 weakest points, as it was the frequent loss of the rear diffuser. It is probably that the fixing system has been improved, as no rear diffuser loss has been observed during the season (as far as we know). The only problem for rear diffusers has come from high temperatures…

Also, no incidents involving loss of the rear wing have been observed, while the most damaged part has been the front splitter and the wheel arches, but at a very low frequency, in comparison to the rest of the teams.

Fiesta’ dive planes have shown consistently robust, as very few issues have been reported involving the damage of any of them.

The new aero package introduced in Finland has proven to be reliable enough, at least for the tarmac or fast gravel events. The only damage reported is the loss of the right rear wheel arch by Ogier in the last jump of the final stage in Finland. Next year, when M-sport will be forced to use the new package on all surfaces, it will have to face some of the roughest gravel events, such as Turkey, Sardegna or Argentina.

For sure such a low amount of incidents have contributed to the well-deserved sixth title of Sebastian Ogier and Julien Ingrassia. They are still getting the results of the successful design of the car done by Chris Williams and his team in 2016, for whom durability and robustness were as important as to drag and downforce, as he explained in this interview for RallySportmag.com.

The main problem for Citroën in 2018 has been the dive planes: too often some of them have been lost during the stages, compromising the balance of the car, due to a lower front downforce generation. The fact of being duplicated has contributed to reducing the impact of such damages, but it was not rare to see none of them on at least one of the sides of the car.

It is surprising how both the C3 and the Yaris suffer frequent losses of the dive planes, while the i20 or even the Fiesta hardly have suffered any incidence, even being located at the same place and with a similar design, especially for the Hyundai.

The front splitter has also been damaged or even lost on several occasions by Citroën drivers, especially by Mads Ostberg, who had a minimum of three incidents with the front splitter (Portugal, Turkey and Australia).

The rear diffuser has also been lost on a certain frequency, with Breen/Martin suffering this problem the most often (Portugal, Germany, Catalunya or Australia).

Incidents with the rear wing have been minimised with respect to 2017, but still persist (Breen/Martin in Argentina or Australia). Although not always due to driving incidents: Kris Meeke and Paul Nagle lost his rear wing in Mexico when spectators helped him to return his car to the road, by pushing in the wrong place, as shown in the sequence of pictures below.

In any case, the C3 is the car with the thinnest wing supports. Maybe the next evolution will include reinforced supports, as Hyundai already did last year, to minimise this kind of incidents.

In spite of taking part only in the first half of the Championship, last year’s winner of the Aero enemy trophy Kris Meeke still left us some examples of how to keep driving a really damaged car, such as in Portugal.

And the winners are…. 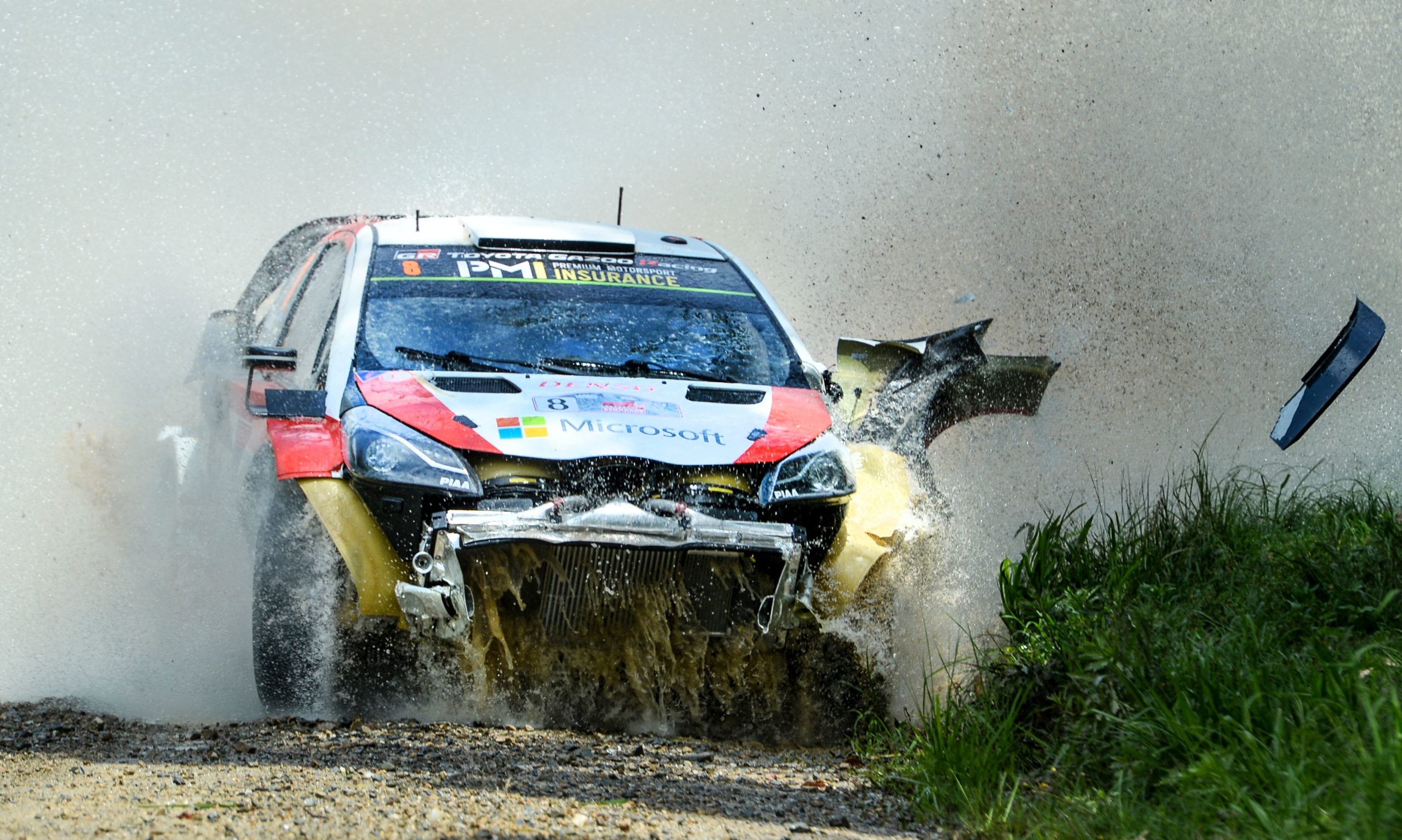 For his repeated removal of dive planes in his car, his frequent ‘improved’ wheel arches air vents, his test on front splitter reliability as well as for his final effort in Australia (leaving the car as shown in the picture above), the 2018 Trophy for the Best aero appendices enemy goes to the duo Ott Tänak and Martin Järveoja. It’s fair to say, however, that they have obtained the trophy after a very close fight with Thierry Neuville/Nicolas Gilsoul, who also pushed most of his aero devices to the limit very often. Probably their fight against Ogier/Ingrassia for the title has forced them to drive beyond the limits in too many occasions.

Due to their very low frequency of incidents involving the aero package of the Ford Fiesta WRC, as well as their involvement in the care of the environment, the 2018 Aero reliability Trophy goes to M-Sport. 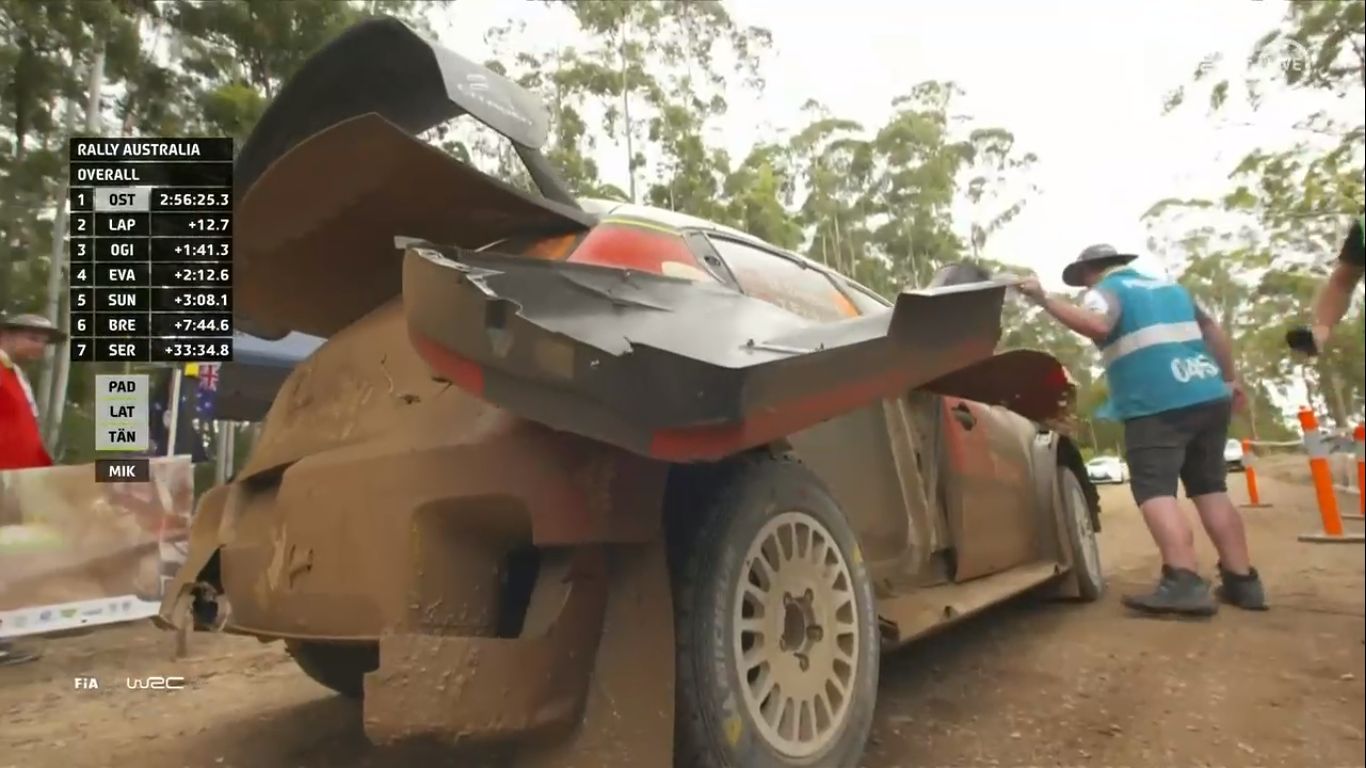 Finally, and especially thanks to a scary last leg, with three drivers and three teams still fighting for the titles in very slippery stages, full of destructive water splashes, the 2018 Trophy of the most aero destructive event goes to Rally Australia. It is also fair to say that, before that final chaotic day, the Rally Sweden was on top of this classification waiting to be awarded, as so many aero devices were damaged in his snowy stages last February.

In summary, the second season of the 2017 WRC car generation is closed with a very similar amount of incidents involving an aero device, but with a lower impact on car performances, as the main aero parts damages have been less frequent.