The recent announcements by FIA on the creation of the WRC2 Pro Championship for registered manufacturers in 2019 in parallel to existing WRC2 Championship, now restricted to privateers, should be the definitive push of the top supporting championship (as FIA names it). WRC2 has been under the shadow of the big WRC cars since its creation, while at the same time has reached a huge success in terms of pàrticipation, with around 700 units sold of R5 cars since 2013. The epic battles lived and the long list of excellent drivers who have driven a WRC2 car really deserves a detailed review, for a category that would not deceive in the hypothetical case that one day it might have to assume the role of the current WRC cars, in case their cost remains so high and drivers circle remains so closed as it is now. 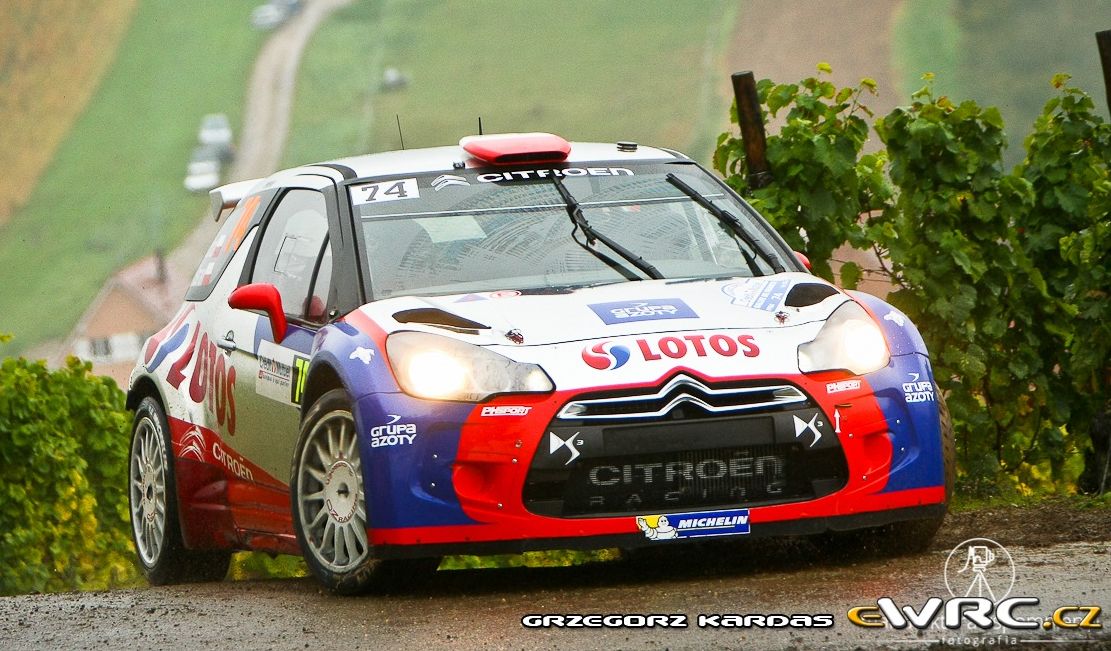 The aerodynamics of the WRC2 cars are pretty much restricted than that of their big brothers, as it is normal in a supporting category. But even so, it makes a lot of sense to take a look at the design each manufacturer has proposed, in spite of such a restricting limitation.  This article is an introduction to the WRC2 category and the first of a series of posts devoted to the aero of the WRC2 cars. We start with a quick review of technical regulations, history and new 2019 WRC2 Championships definition.

FIA undertook the restructuration of the rally categories in 2012, reclassifying existing cars and defining new categories all into Group R, which contains six categories (R1 to R5 plus R5-GT). The next step was the creation of WRC2, a supporting category exclusively for four-wheel drive cars, open to Super 2000 (until 2018), N4, R4 and R5 cars, which means different engine types and dimensions eligible. However, the most common (and most successful) were, since the beginning, the cars following the FIA’s R5 regulations.

R5 cars are based on four-seat cars from a family of 25,000 produced in 12 consecutive months and a minimum weight of 1.230 kg. They are allowed to use a 1.6-liter turbocharged engine limited to 7.500 rpm and with a 32mm restrictor, max boost pressure of 2.5 bar (absolute) and compression ratios up to 10:1. R5 cars are equipped with a five-speed gearbox and four-wheel drive transmissions, passive front and rear differentials and no center differential. They are certainly similar to the pre-2017 WRC car generation, but with lower performances, as lacking many of the electronics and custom-made expensive parts. Also power is estimated to be at least 100 hp lower than that of current WRC cars.

The price of the R5 cars is currently limited to 190,000 Euros (plus VAT) in its tarmac spec by regulation to ensure cheaper, more standard parts are used, but even so, with spare parts for the season and gravel-spec kit, the total cost is no lower than 300.000€. Prices for each part are also limited.

R5 Technical Regulations are very restrictive in terms of aerodynamics: only reduced front splitters are allowed at the car’s front, as well as a small rear wing, limited to the car’s width, made of fiberglass and limited in price to 800€. The rest of aerodynamic appendices present in the WRC cars are forbidden, so no intakes for cooling brakes or vents, side skirts or rear diffusers, to name only a few.

FIA periodically publish the corresponding Appendix J with the latest regulations on each car category:

– Specific regulations for other car categories can be found here.

WRC2 series started in 2013, in replacement of the Super 2000 WRC created in 2010. A quick view at the WRC2 champion list gives us a good idea of the size of the problem: from Robert Kubica in 2013 to Jan Kopecky in 2018, names of the relevance of Nasser Al-Attiyah (twice), Esapekka Lappi or Pontus Tidemand appear on this exclusive list. But during these years many other WRC drivers, such as Ott Tänak, Petter Solberg, Andreas Mikkelsen, Mads Østberg, Hayden Paddon, Elfyn Evans, Temuu Suninen, Henning Solberg, Eric Camilli or Stephane Lefebvre have also made their appearances in some events or even in full seasons, at the wheel of WRC2 cars.

Škoda also leads the number of rally wins (40), ahead of Ford (34) and Citroën (6). While Ford clearly dominated in 2014, when all 13 events of the World Championship were won by a Fiesta, Škoda has been the most dominant in the last three years, with 31 wins out of 39 events.

The most successful driver by the number of victories is Pontus Tidemand (10), followed by Jan Kopecky (8), Esapekka Lappi and Nasser Al-Attiyah (7), Robert Kubica and Teemu Suninen (5), Elfyn Evans (4), and Jari Ketomaa, Yuriy Protasov and Kalle Rovanperä (all with 3).

WRC2, and more specifically the R5 category, has also been the opportunity for the different manufacturers for selling a huge amount of cars, through their Customer Service Departments. It is estimated that 700 R5 cars have been sold since the category was born. Two manufacturers lead this market: M-Sport (38%) and Škoda (34%). Up to the present moment, Škoda has been able to sell 245 cars, very close to M-Sport figures (>250), even though their car, the Fabia R5, appeared more than two years later than the Fiesta R5. Citroën, with both the DS3 R5 and more recently with the C3 R5, Hyundai with the i20 R5 and Peugeot with the 208 T15 R5 completed the share, until the recent arrival of the VW Polo GTI R5, who has already announced the delivery of their first customer cars.

The PSA group launched almost in parallel the Citroën DS3 R5 and the Peugeot 208 T15 R5, as they share the same platform. Since then, sales of both cars have risen to 125 units.

The Hyundai i20 R5 entered into competition in 2016 and, since then, more than 70 cars have been supplied to different private drivers.

Sales of the C3 R5 have been really good for Citroën, as 44 units have already been ordered, during the first year of the car: as an example, up to 7 units of the C3 R5 were present in the recent Rally de Var 2018, last event of the 2018 French Rally Championship.

The debut of the VW Polo GTI in the recent Rally Catalunya and the good performance shown during the event have contributed to boosting the orders from private drivers. As early as January 2018, VW announced they had already 15 orders, long before the car was homologated. In November the first cars have already been delivered, while at least an additional 40 cars will be produced and delivered during next year.

There have been also two private initiatives of R5 cars: the Mitsubishi Mirage R5, developed in 2013 by Spencer Sport in the UK, that was never homologated by FIA, and the Proton Iriz R5, developed by Mellors Elliott Motorsport, in whose development took part Marcus Grönholm, and which has been announced to be homologated during 2019.

The WRC2 category in 2019 will be split into two separate series: one for registered manufacturer teams and drivers and the other open to private entrants, according to the changes approved by the FIA World Motor Sport Councils in Paris, on October 12th, 2018, and Saint Petersburg, on December 5th. 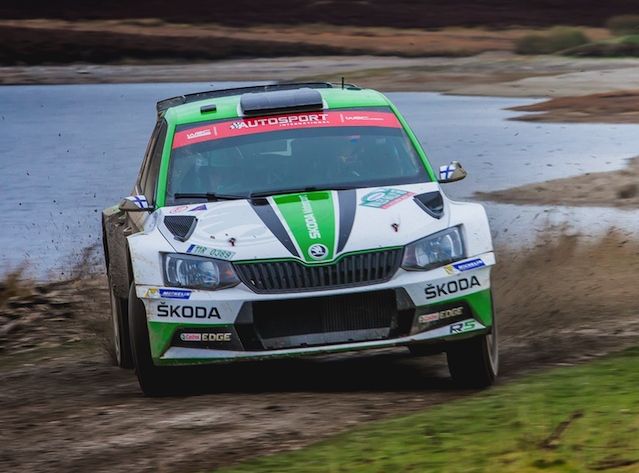 Competitors are permitted to enter two R5 cars per team and must participate in a minimum of seven rounds with one car – including one event outside Europe.

For the Drivers’ and Co-drivers’ Championships, the eight best scores will count towards the titles, while the highest placed car(s) in each team will score points in the FIA WRC 2 Pro Championship for Manufacturers.

Competitors will have P2P status, be permitted one day of testing per event per driver, and will start in Championship order after the P1 drivers on the first day of competition. On days two and three, crews will start after the P1 group, in classification order.

Only Skoda and M-Sport have officially confirmed their participation in the WRC2 Pro Championship for 2019, while still no confirmation from Citroën, Hyundai or VW. In any case, for all of them, winning events and/or winning the championship has a strong correlation with the number of cars to be sold.

The current series, WRC 2 Championship, is since 2019 restricted to privateer entrants with the intention to attract more drivers from national and regional championships.

This Championship, solely for drivers and co-drivers, will have no minimum number of events, although the first six scores from seven entered rounds will count towards the titles.

No WRC 2 registration fee will be requested from competitors who hold a license from the ASN of the organizing country for the first event in which they participate.