The preseason test period started a few days after the end of Rally Australia 2081, with Lappi and Ogier testing the Citroën C3 WRC for the first time in Portugal. Tests continued last week in France with Neuville, Mikkelsen and Sordo testing the Hyundai i20 Coupé WRC in preparation of Rally Montecarlo. And this week it has been the moment for the first test of the Fiesta WRC by Teemu Suninen, and the Yaris WRC by Ott Tänak. From all these tests, at least Citroën, M-Sport and Toyota have used them to work on the development of their aero package for 2019.

Only one week after winning his sixth World title, and thanks to the permission obtained from Malcolm Wilson, Sebastian Ogier had the chance to make his first real test of the Citroën C3 WRC. He had already tested the car in September, in a secret test, to help convince him to sign for the French Manufacturer. But the first time he could complete an extensive test of the car was last week in Algarve (Portugal).

After two days with Esapekka Lappi, the team devoted two days to Sebastian Ogier, during which he could know the reactions of the car on different gravel stages. At the end of the tests, Ogier declared to Autosport.com that they had been working mainly on dampers, while “There are of course lots of areas for us on the car to look at and this will take a bit of time: differential, for example“.

The test also included work on the aero balance of the car. Videos released some days after the test showed how the team worked with different positions of the rear wing, as shown in pictures below, extracted from the excellent video by Type Film Motorsports.

The picture above shows the upper wing in a raised position, in the top picture (test) with respect to the normal position used in the 2018 season (below, in Turkey). 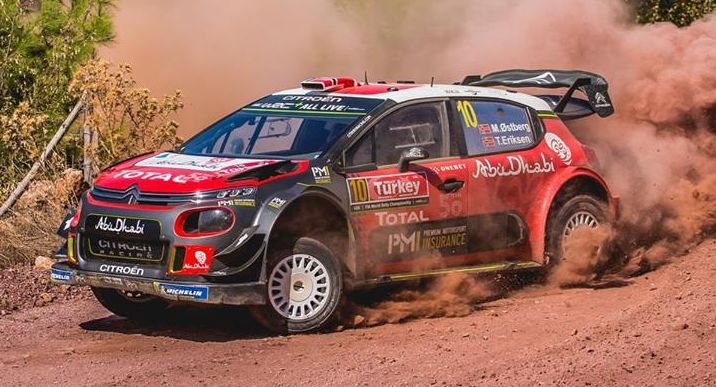 The picture above shows both rear wing and (lower) shovel located in an even higher location, and with a different angle of attack, with respect to the normal position used in the 2018 season (picture below).

The rear view confirms the raised position of the rear wing in the tests in Portugal, with respect to normal position (below).

All these images confirm that Citroën used the tests in Portugal also to work with the aerodynamics of the car rear. Even though the location of the rear wing is fixed by the technical regulations, the changes in elevation and angle of attack might have been done to help Ogier better understand the car behavior. But the most probable explanation is that these changes were done in the search of gaining downforce generation at the car rear. If this is the reason, the new aero package to be delivered by Citroën for 2019 will surely include a modified rear wing, with a higher angle of attack and additional modifications to get higher downforce. This could be done by using a longer and/or wider wing (with side, smaller wings, such as Toyota and Ford use), bigger endplates or even some additional vertical fins (as the Yaris has). Maybe it could also include reinforced neck supports, which can also act as vertical fins (as in the case of the Hyundai) while increasing rear wing reliability (one of their weakest points, as we saw in our 2018 aero package reliability review).

The team announced more tests in December, in order to prepare the Rally Montecarlo. It will be a good opportunity to see if any of these modifications is already included, but for sure they will continue working on the improvement of the aerodynamics of the car, to improve its balance and behavior.

In spite of the doubts about the participation of the team in the next season, stated by Malcolm Wilson in recent interviews (such as in this one by Martin Holmes for RallySportMagazine), today M-Sport has started testing the Fiesta WRC in France, with Teemu Suninen at the wheel, together with his new co-driver Markko Salminen. And from this first day, an important modification in their rear aero package has been tested.

The first visible modification is a reduction in the rear wheel arch extension, by its lower, external side, as can be seen in the picture above. In comparison with the design introduced by the team in Rally Finland (shown in the picture below and that we extensively reviewed in this post), there is a reduction of the louvered vent area, thus resulting in a lower amount of air vented through it. In turn, a higher amount of area is now removed directly from the wheels.

A possible reason for this modification is that, even with the increased vents, still a significant amount of air was removed directly from the wheel, avoiding passing through the louvered vent. This would generate some lift in the rear axle, which is opposite to the desired effect of generating downforce.

Another possible explanation for the modification would be to release some of the air to the external side of the wake of the car, thus reducing the amount of air sent to the center of the car wake, which means a lower turbulent wake, and then lower drag.

The origin of the modification could also come from reliability issues: as Malcolm Wilson explains in this interview for Autosport.com, “I wouldn’t say the revised rear aero we ran this year was wrong [in terms of performance], but it was wrong from a durability point of view”. The lower, external part of the rear arch is located at a very sensitive point, in terms of reliability, and with the new modification, the risk of losing that part is certainly reduced.

A first attempt to introduce this modification into the Fiesta WRC was done last August in the test M-Sport carried out in Reggini (Greece) in preparation of the Rally Turkey, as shown by the picture from Greek 4T magazine shown below.

In any case, any modification that can improve the car behavior (by reducing lift or drag) is welcome. And especially in this case, if it can contribute to improving the efficiency of the new package introduced in August 2018, which was supposed to be perfectible. 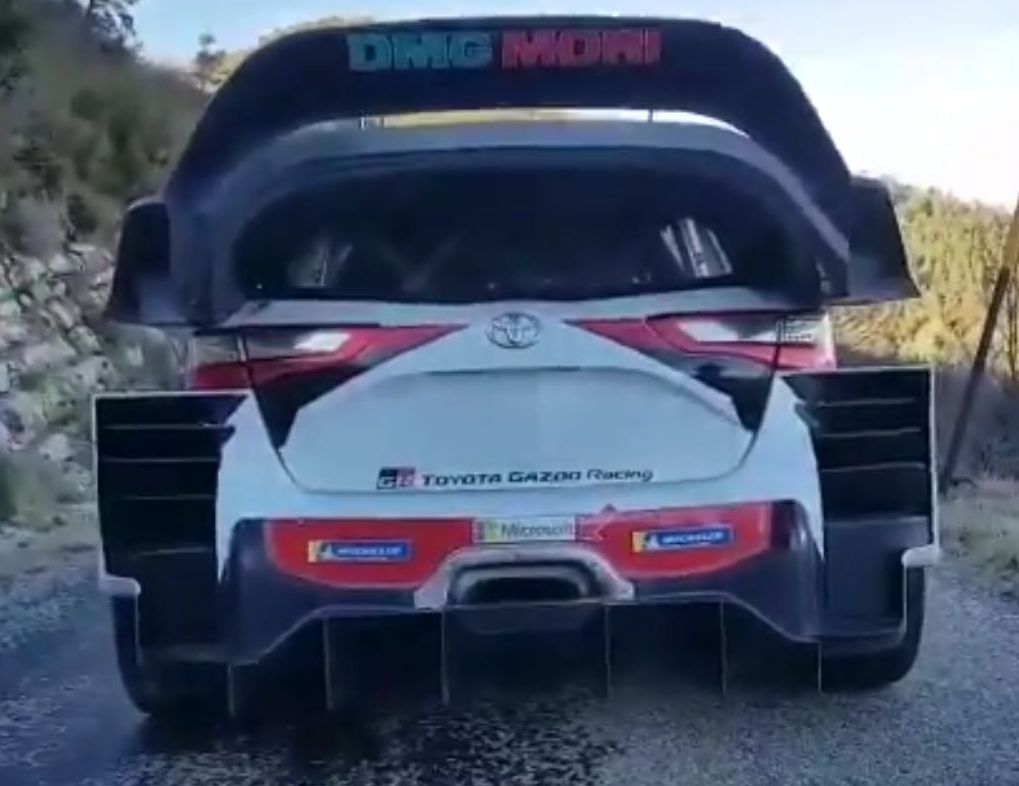 One day after M-Sport, Toyota has also started their pre-season test, with Ott Tänak at the wheel, in Southern France. And, as the British team, with some small modifications in the car rear. Again, air removal from rear arches is the issue. The solution tested today by Tänak consists of a reduction in the number of louvers in the rear wheel arches, together with the blinding of the lower part. The result is a reduction in the pressure drop of air when crossing the louvered area (due to the lower number of louvers) while increasing the airspeed (due to the lower area). Higher speed means additional energy to the car wake, which for sure has an effect on the car behavior, even at the cost of increasing drag.

The picture above shows the comparison between 2018 (left) and today’s (right) rear fender.

Videos published today (such as this one from PapaJulien) show that the team has been comparing the original design with the new one, in the search of the optimal configuration. These modifications also allow redirecting most of the air to the central part of the car wake, while removing it from the bottom of the wake. As we saw in a recent post, the intermediate region is a portion of the car wake where airflow velocity is lower, so any additional airflow on this area contributes to making the wake faster and smoother, which results in lower drag.