The final day of the tests carried out this week in Southern France by Citroën Racing WRT, with Esapekka Lappi at the wheel, has been used to analyze the performance of different aerodynamic solutions in the C3 WRC. Most of these solutions had been previously tested by Citroën, while the only brand new proposal is the use of small wings on top of front fenders.

The car used today by Lappi incorporated the same front splitter and dive plane configuration already tested by Sebastian Loeb in the tests developed in Catalunya in September 2017. The modified canards consist of an enlarged upper plane, which ends up on top of front fenders. The goal is to increase the dive plane area, thus generating a higher amount of downforce, but at the cost of generating a dead space below the upper dive plane. Hyundai’s original design of dive planes also generated that dead point, but it was abandoned when they removed one of their dive planes by the end of the 2017 season.

The front splitter used today by Lappi (same as used by Loeb in that test) presents a reduced frontal surface on both sides, in order to facilitate airflow under the lower dive plane, thus reducing the dead-end space there, which at the end means less drag.

The only new modification seen today in the test is the addition of small wings on top of front fenders, such as the Toyota Yaris WRC incorporated in 2018. These wings contribute to generating additional downforce on the front of the car, while also contribute to a small increase in drag, which is surely negligible in front of the downforce increase. Due to their location, they send the airflow above the side mirrors, which also gives a small gain in drag. 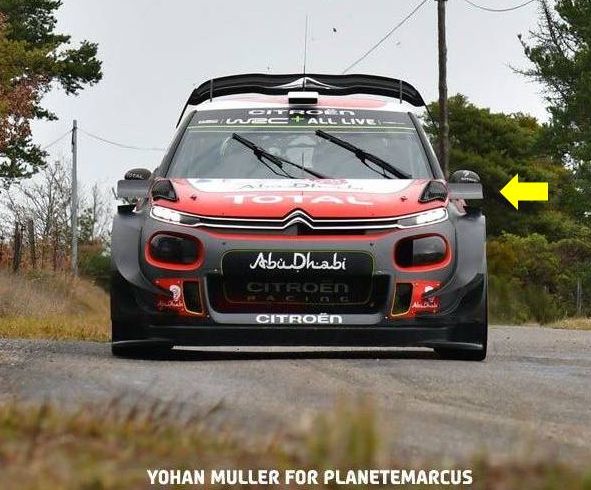 The main difference with respect to the solution proposed by Toyota is that shape is that of an airfoil, while the Toyota winglet (see picture below) is almost flat. This means that the Citroën solution is probably more effective in generating downforce than that of the Toyota. 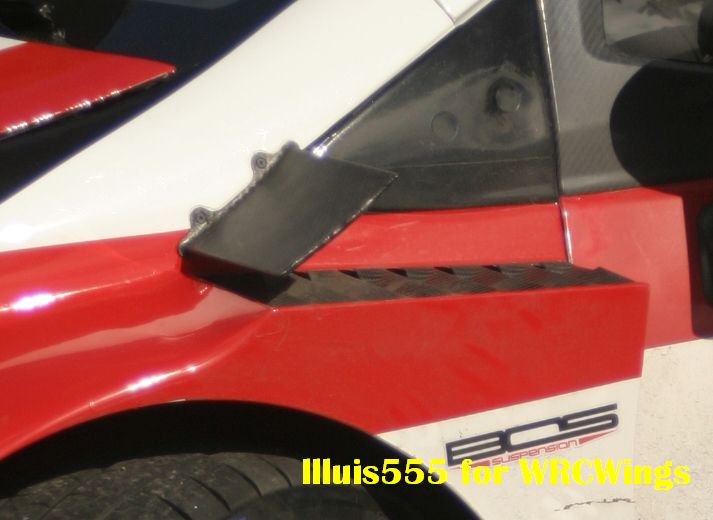 All the increase in downforce in the front of the car needs to be compensated in the rear, in order not to alter the balance of the car. This is the reason why, during today’s tests, Citroën has again used the rear wing in an elevated position, with respect to the original design, as shown in the picture below. It is the same wing configuration Sebastien Ogier tested last week, which we reviewed here. 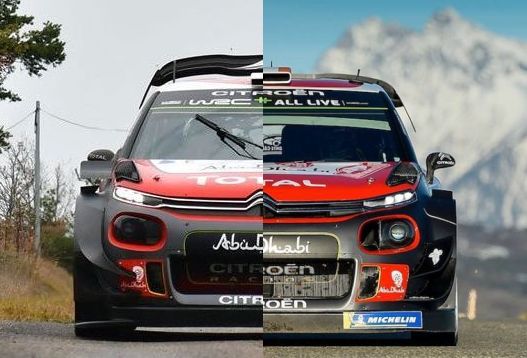 Note the difference in height of the rear wing, as well as the different angles of attack, with the main purpose of generating more downforce at the car rear. This modification also generates more drag, but even so, the benefits in downforce are considerably higher than the drag penalty.

Results from today’s test, together with CFD results and maybe some wind tunnel test, will be used to define the final aero configuration of the car for 2019, which we will probably know in the final series tests of the team, programmed for mid-January.