Volkswagen Motorsport shocked twice the WRC world in the last decade: the first shock started in January 2013, when they start the assault of the WRC Championship with the brand new Polo WRC, setting an outstanding  record of 43 wins out of 52 events in the next 4 years. The second shock came in November 2016, when only one month ahead of the arrival of the latest WRC car generation, VW announced its withdrawal from the series, as a consequence of the dieselgate. The new Polo WRC, which had been developed during one year and a half, was suddenly abandoned (although it was finally homologated in February 2017) and it will remain as one of the unborn legendary cars, together with the Lancia ECV, the Audi Sport Quattro RS 002 or the Toyota MR2. 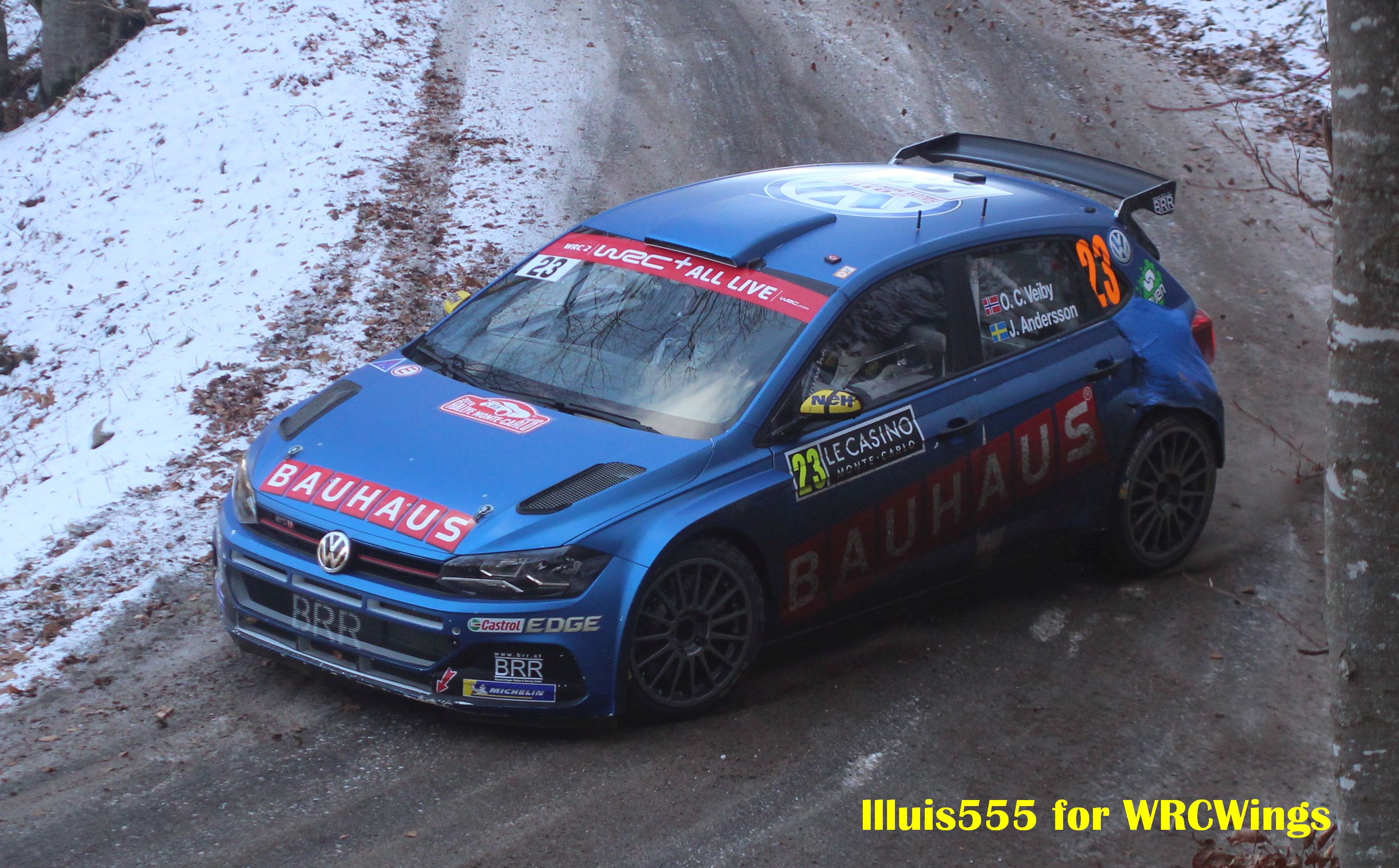 Fortunately for all, only a few days after the withdrawal was made public, François-Xavier Demaison, Technical Director at Volkswagen Motorsport had the idea of developing a brand new car, this time on the R5 category, and designed to provide a top car for the customers, as the possibility of having an official team in the near future was completely discarded with the announcement.

Gerard-Jan de Jongh, former Sébastien Ogier’s race engineer at Volkswagen Motorsport, was designed as the new car project leader, and he immediately started to work on the new car, with the support of Demaison. The starting point would be again the Polo, but starting from scratch as using any part from the unreleased WRC car was completely discarded.

The new car quickly took the label of GTI, as some of the most previous sporting cars of the German manufacturer.

The design process of the car under R5 rules also included the search of the right suppliers, most of them already present during the Polo WRC era: Xtrac for the gearbox, Bosch for the engine electronics, ZF Sachs for the shock absorbers, and Alcon for the brakes. 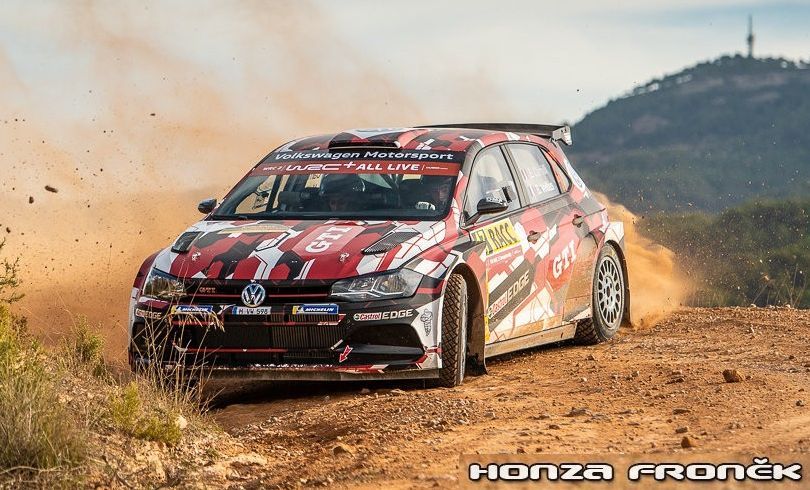 The Polo GTI R5 had to be based on the next (2017) generation of the road, but it was not yet available at that moment, so they had to work exclusively with computer data. Main goals were weight optimization and the lowest center of gravity. With a chassis designed by computer simulation, work on the aerodynamics was then developed, with the aid of the wind tunnel.

Same as Skoda, VW did not have an adequate 1.6 engine for the car, they had to start from one of their 2.0 liters engine (internal code EA888), and modify it for the Polo GTI R5. In the end, the engine was the same used in the Škoda Fabia R5, but with some improvements in the cooling and exhaust concept. 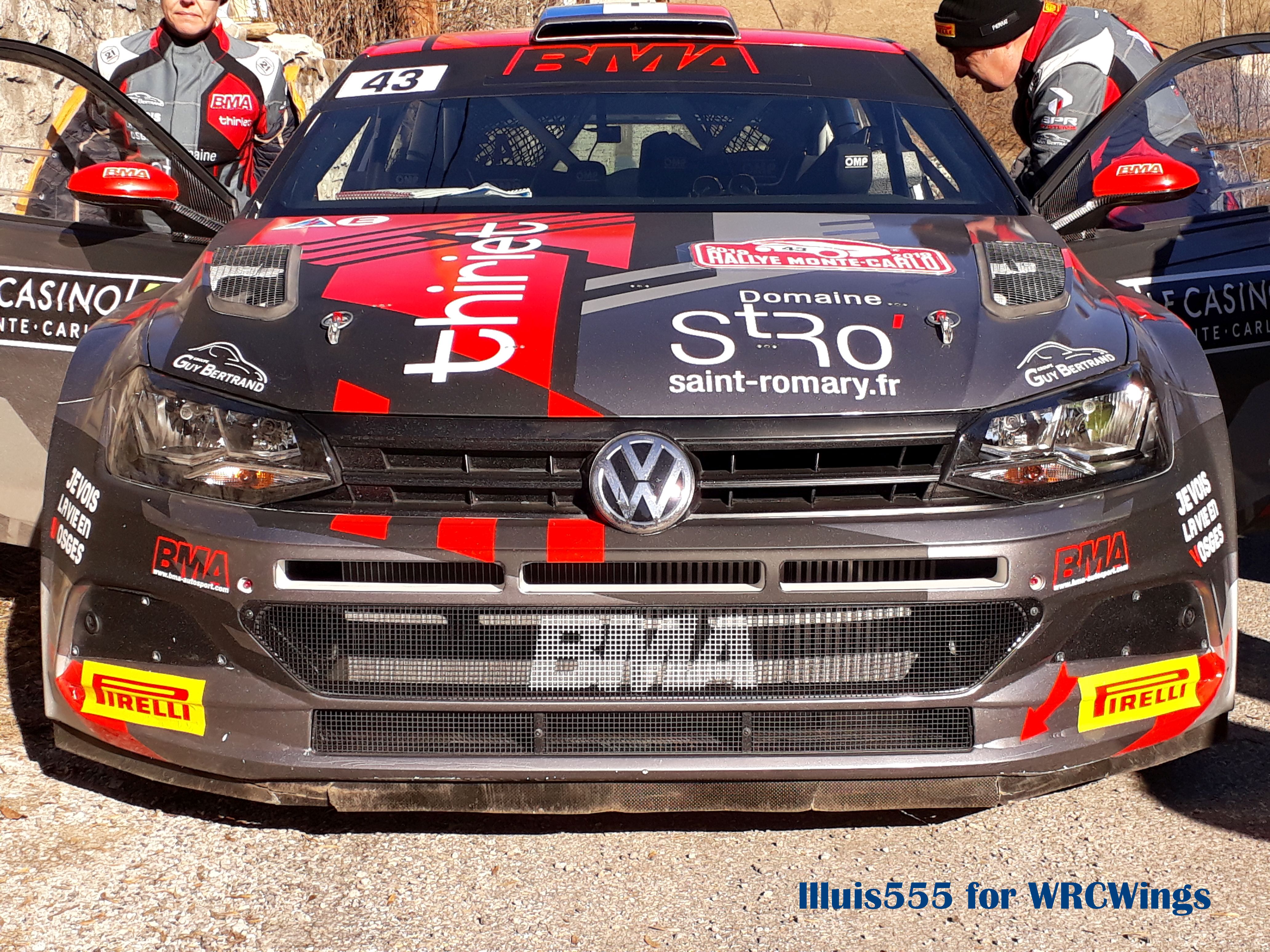 Two air vents are located on both sides of the bonnet, although initially they were located at the top, very close to the windshield, such as in the picture below, from the first set of tests carried out in November 2017. 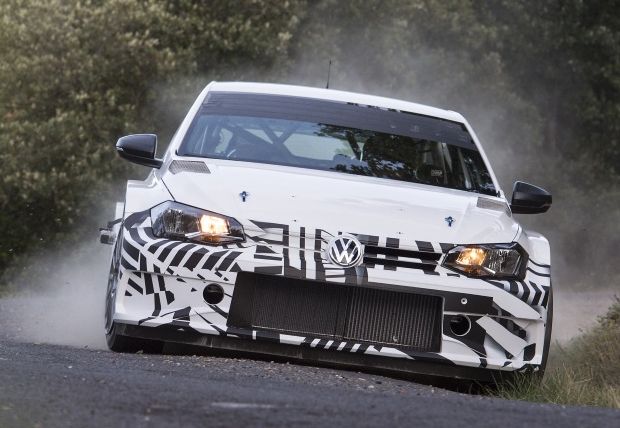 No side vents have been included for cooling brake air removal, in opposition to the Škoda Fabia R5, which already have them. 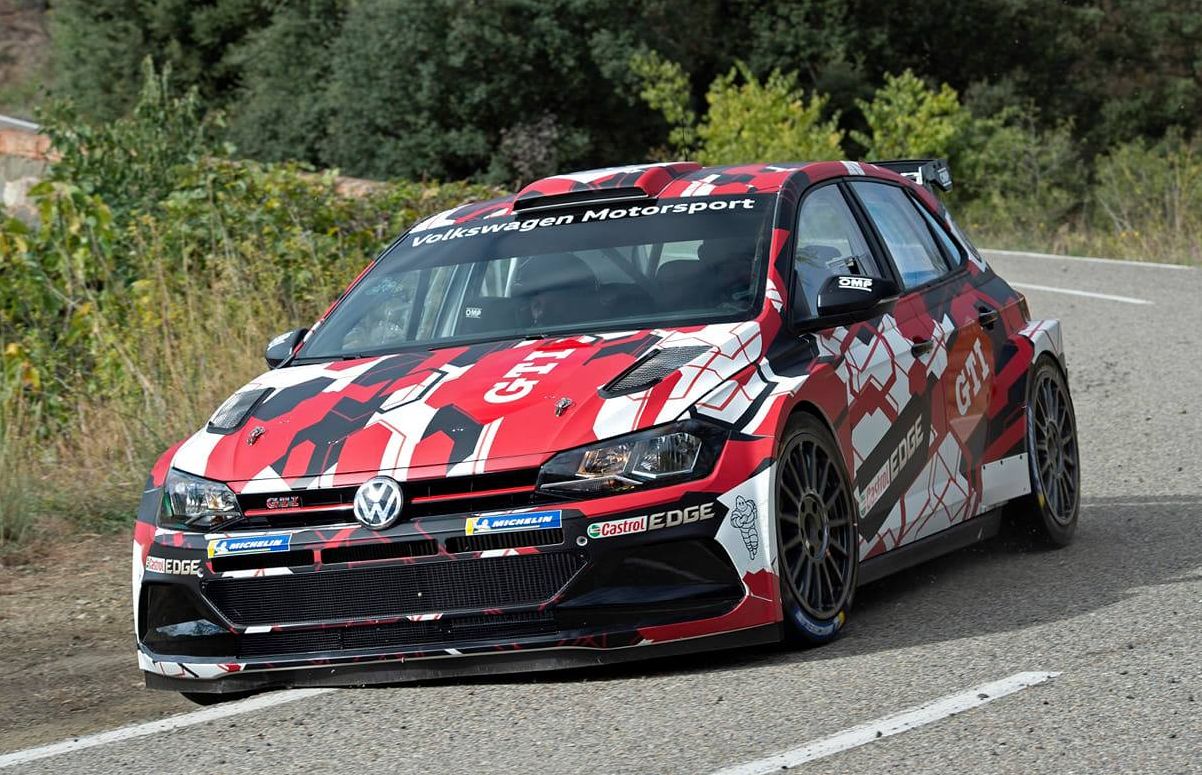 The car includes a front splitter and very simple side skirts, as well as prominent fenders on both front and rear wheels. The rear wing is supported by side supports, so they have no interaction with the airflow and the wing is more effective on generating downforce on straight lines. However, the absence of upper neck supports means there are no fins on top of the wing, so less downforce is generated when cornering, as we saw in a previous post on aerodynamics sideways.

A small Gurney flap can be observed at the rear end of the wing. The presence of the flap delays flow separation behind the wing and higher angles of attack can be used, leading to increased downforce. 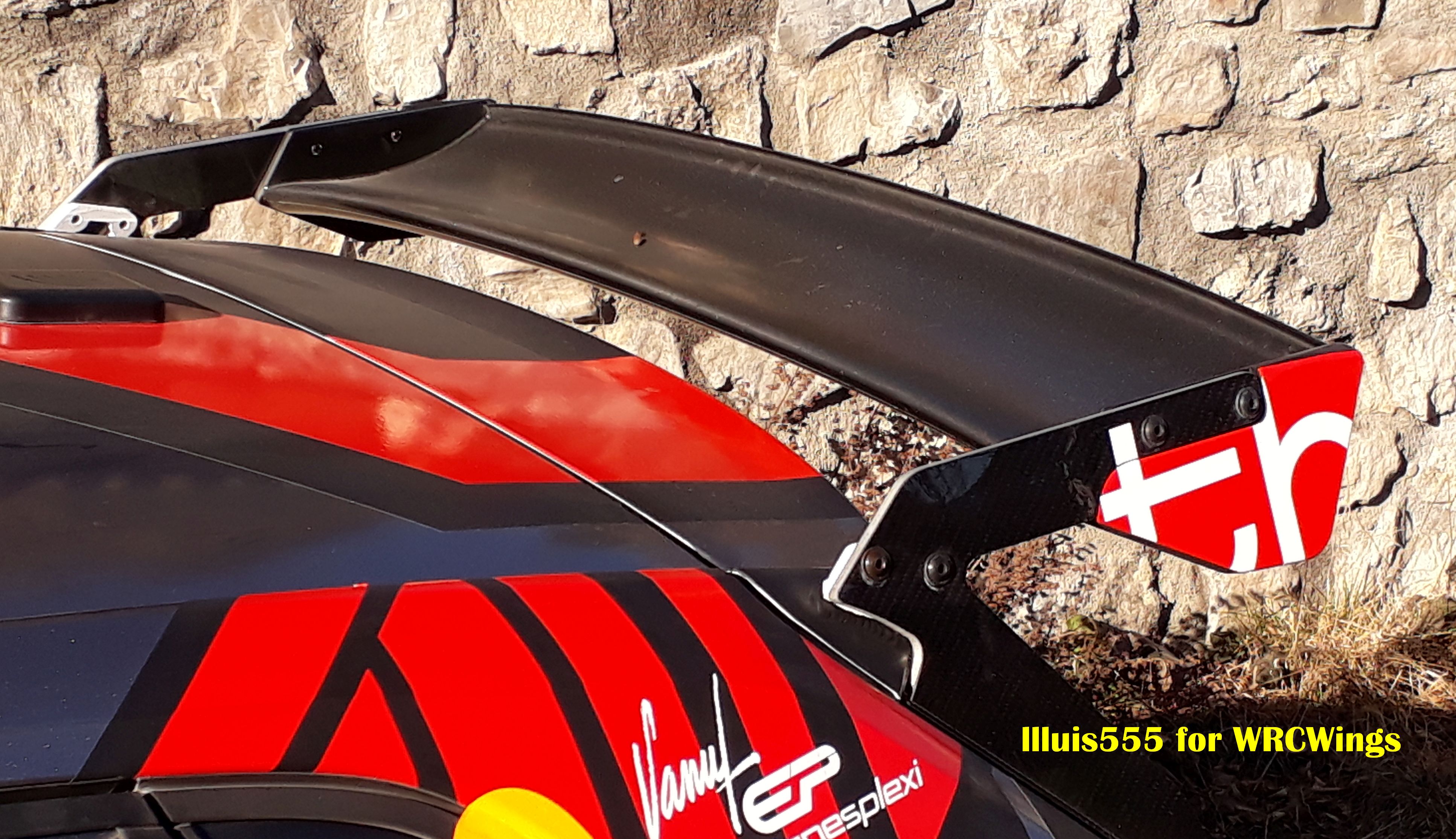 The Polo GTI R5 is equipped with a rear diffuser, but the piece inserted in such space is far from what you could expect of a diffuser. However, the exhaust gas exit is adequately located at the car rear center, so exhaust gases contribute to a faster air removal from under the car, and downforce is generated due to pressure reduction (see the concept of the exhaust blown diffuser here). 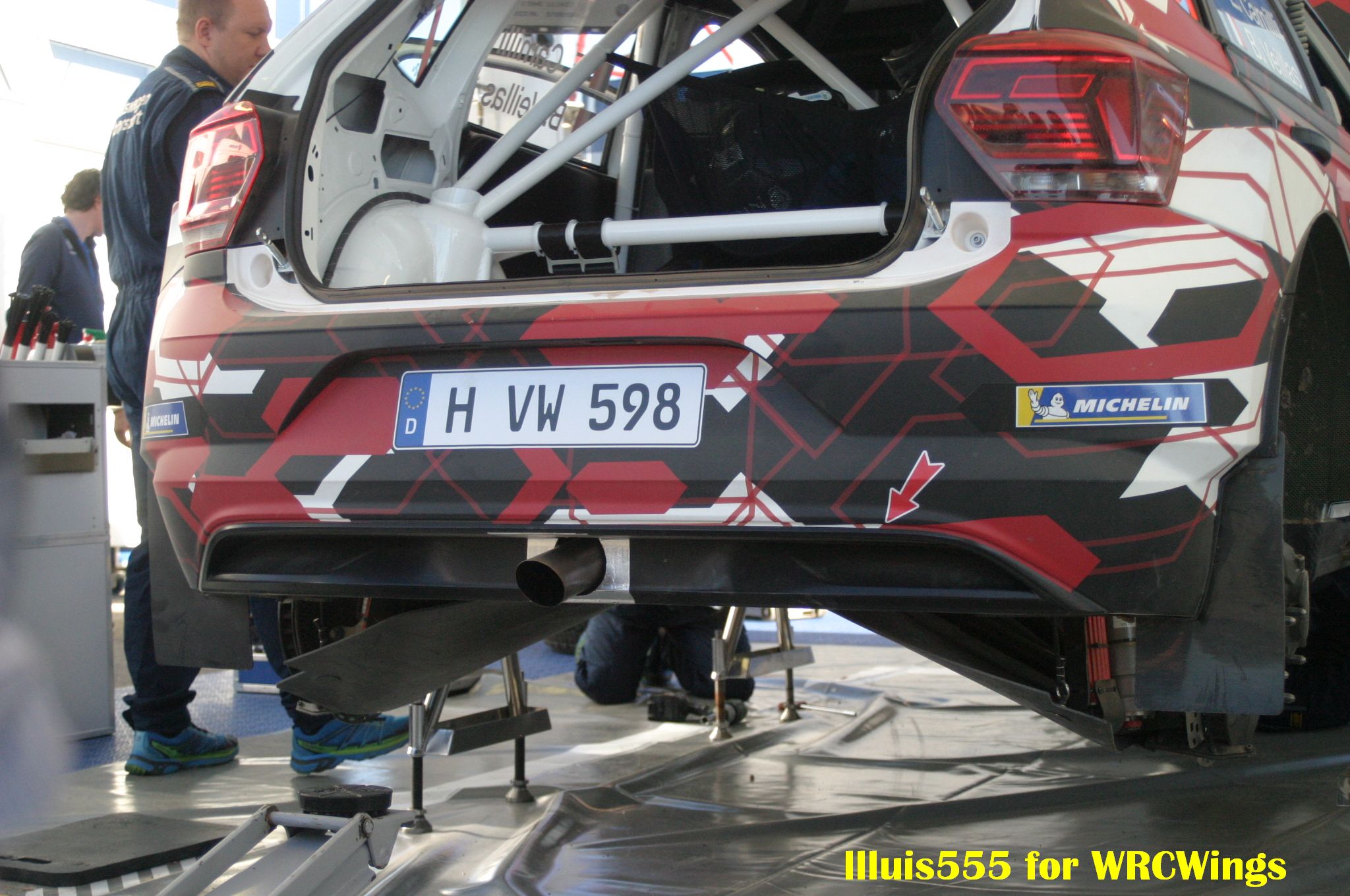 The development tests started in November 2017 at the test facility in Fontjoncouse, France, with Dieter Depping (VW test and development driver) and Pontus Tidemand. 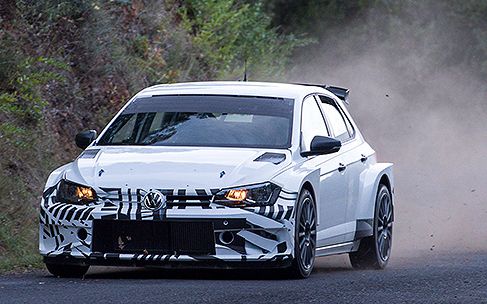 Only a few days later (early December) the car was officially presented to the public in Mallorca, and then in the Autosport Show held in Birmingham in January 2018. 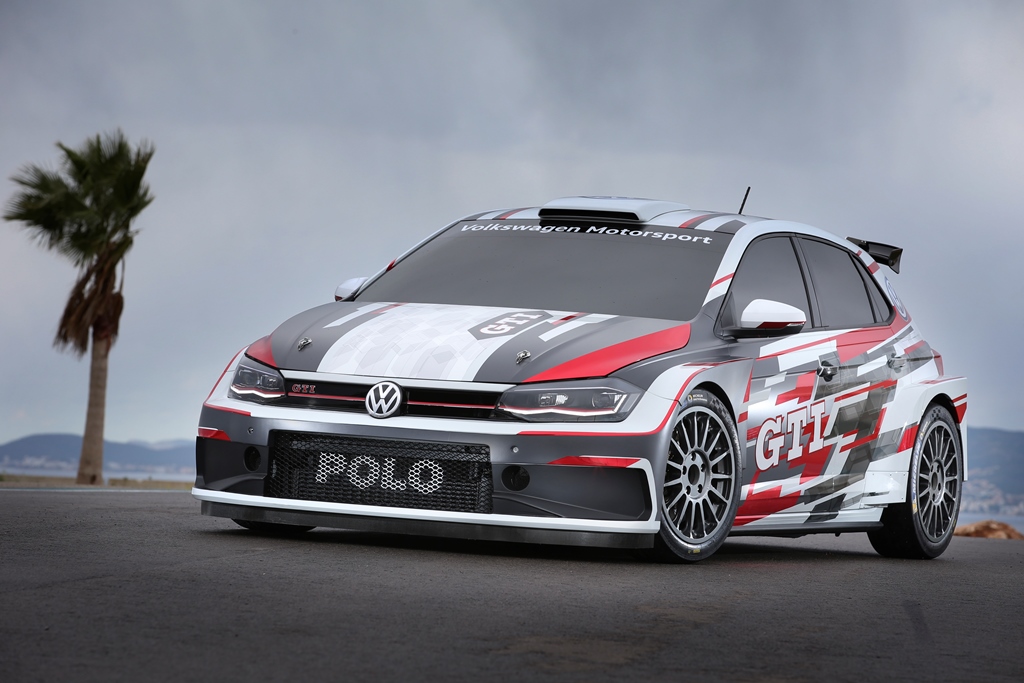 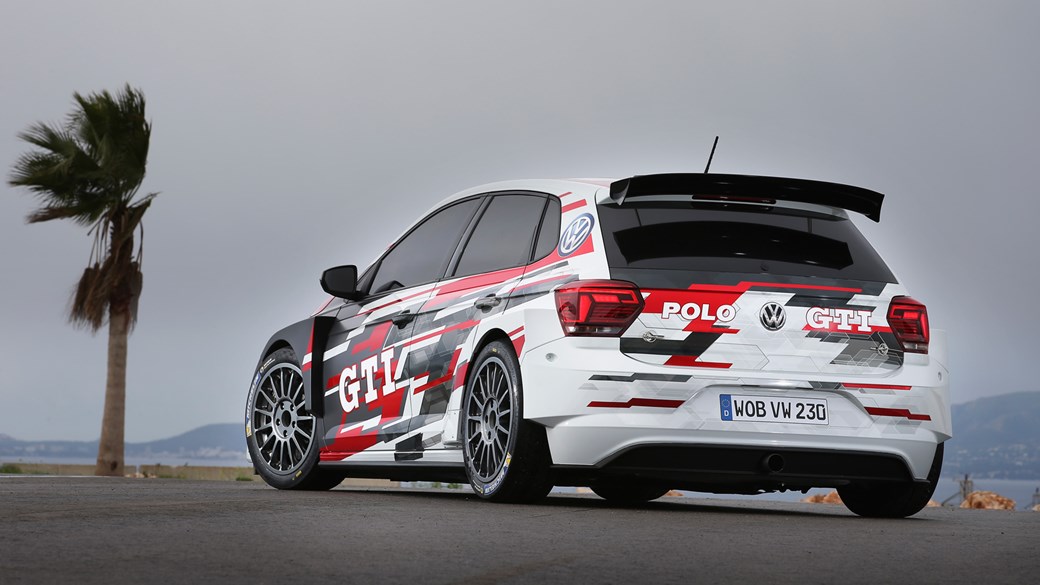 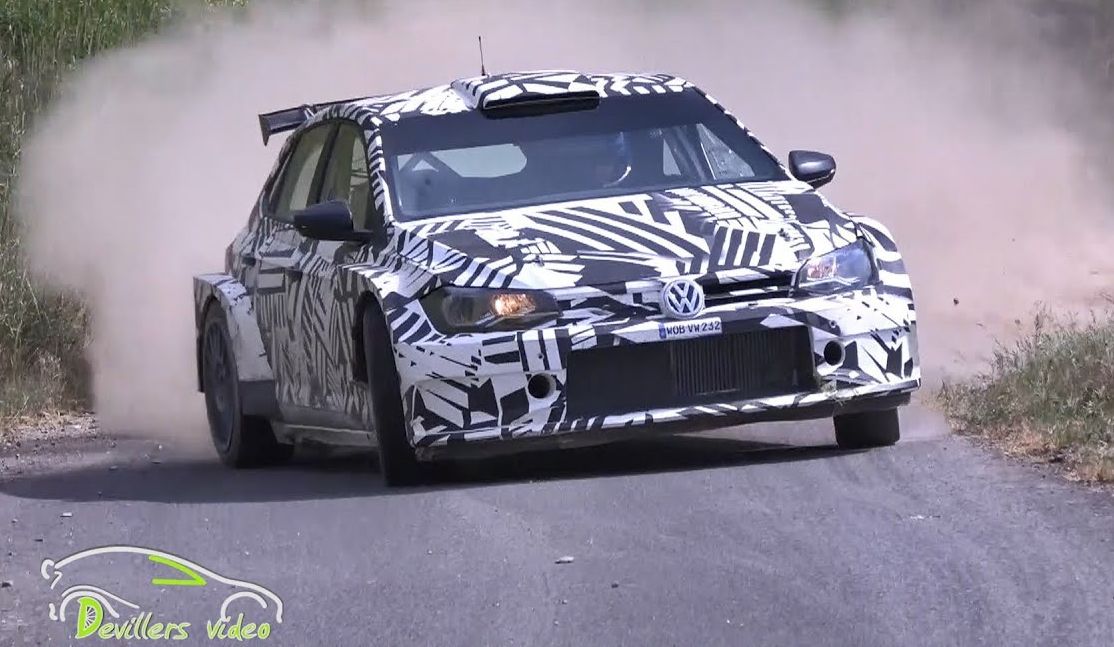 Finally, the car was homologated in October 1st, allowing the team to align two cars in the 2018 Rallye Catalunya, for Petter Solberg and Eric Camilli. 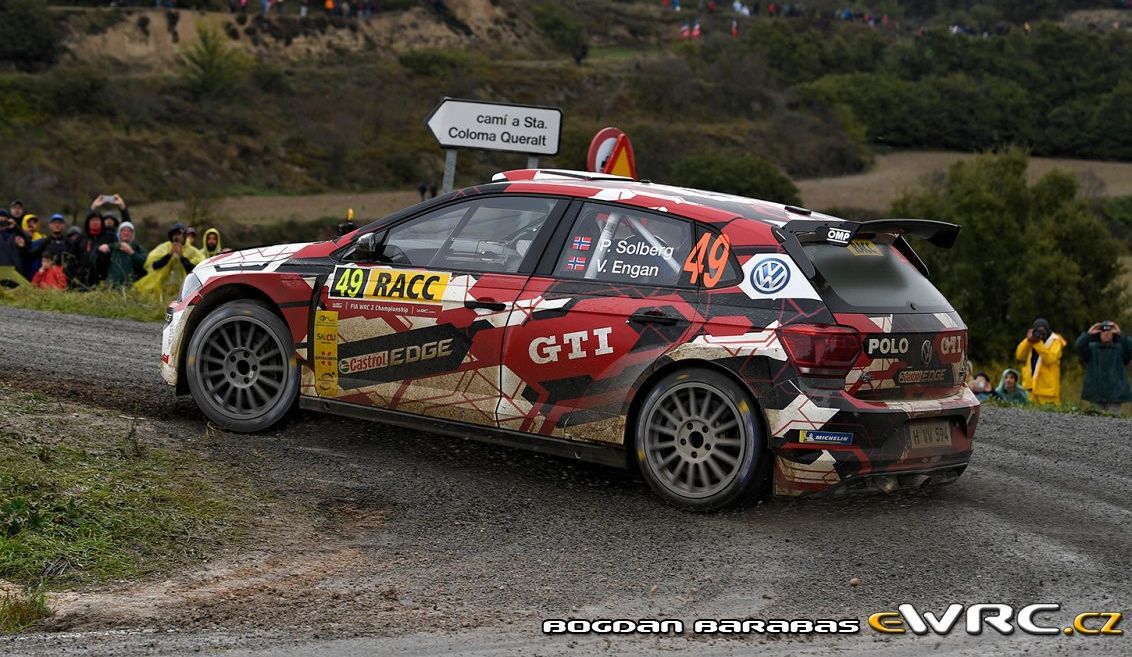 The car showed very good performance since the beginning, when Camilli and Solberg set the fastest time in four of the seven stages of the first leg. Problems with gear shift prevented Camilli from fighting for the win, while Solberg was finally third.

A few days later, the first customer car (chassis nr. 003) was delivered to Raimund Baumschlager (same first customer for the Fabia R5). But it was not until late December that the first Polo GTI R5 win came, courtesy of the 2018 World Rally Cross Champion Johan Kristoffersson and Stig Rune Skjærmoen, at the Romsjulsrally in Norway, driving a Polo GTI R5 of the Volkswagen Dealer Team Bauhaus. 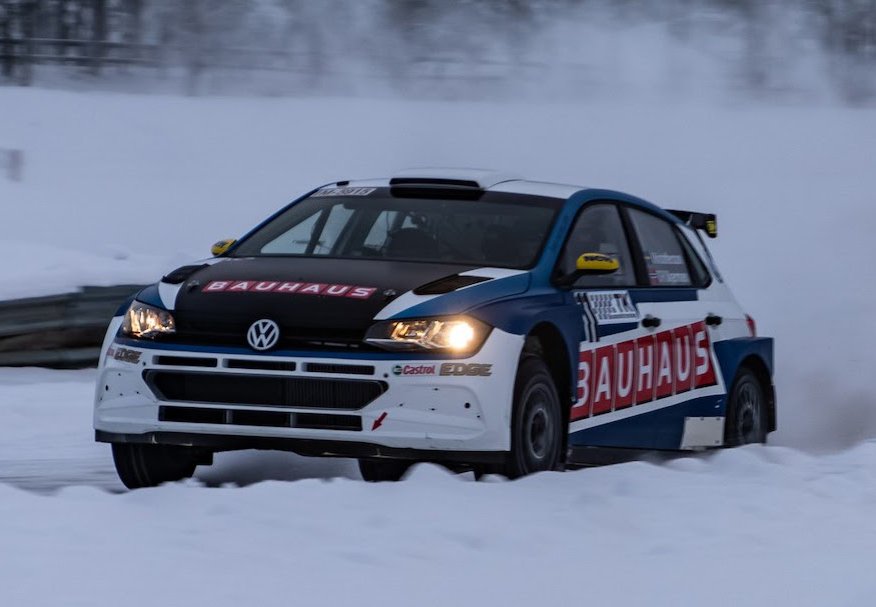 Year 2019 is expected to be the year of the exploit of the Polo GTi at the highest level. And couldn’s tart better, with Petter’ Solberg son Oliver obtaining the second win for the car in early January. 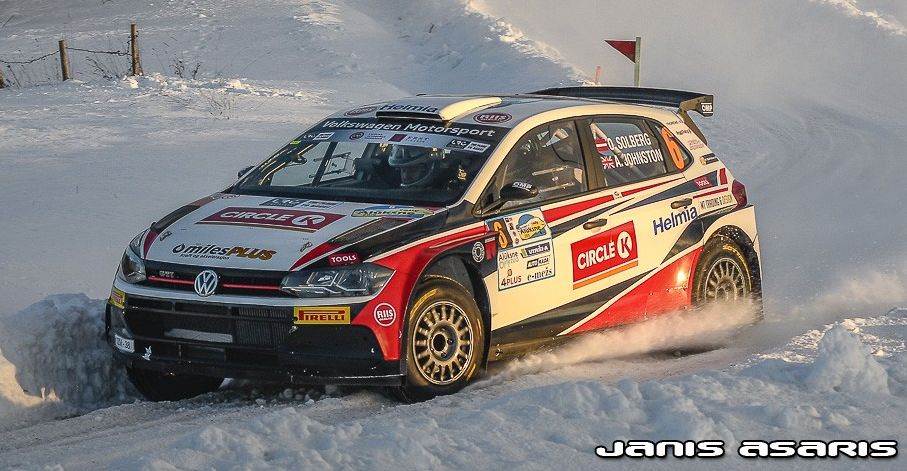 And, in the first event of the WRC2 World Championship in Monte-Carlo, Ole Christian Veiby was able to obtain another third position at the wheel of a car aligned by the Volkswagen Dealer Team Bauhaus. 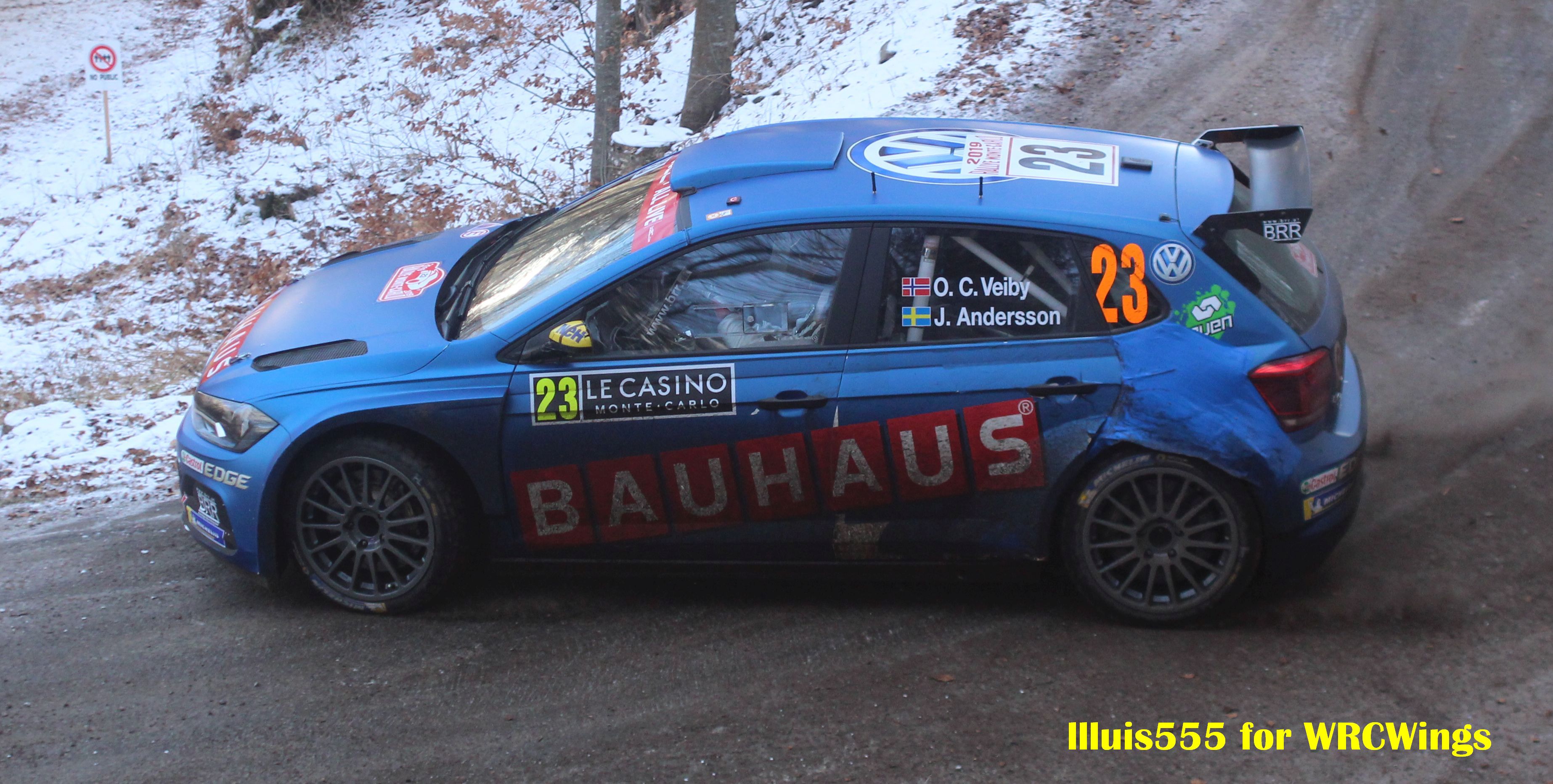 In the same event, Nico Ciamin, at the wheel of car of THX Racing Team, ended in fifth position. 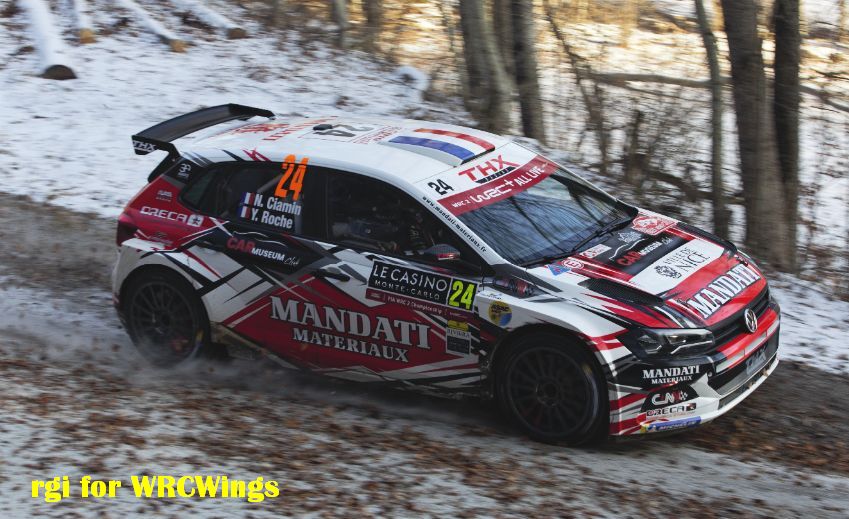