World Rallycross top category cars, also known as RX supercar, represents a parallel category to that of WRC cars, with many similarities, but also with significant differences. The aim of the series of articles we start with the present post is to evaluate their aerodynamic design, taking always as a reference that of the current WRC car generation. All pictures, unless differently indicated, belong to the RX Catalunya held in Montmeló from April 26th to 28th, 2019.

The World Rallycross Championship currently counts on up to 9 different supercars aligned in each event, which would be 10, hadn’t the team aligning the VW Polo resigned by the end of last season. And all of them aligned by private teams, with no official support (at least theoretically) from any Manufacturer. 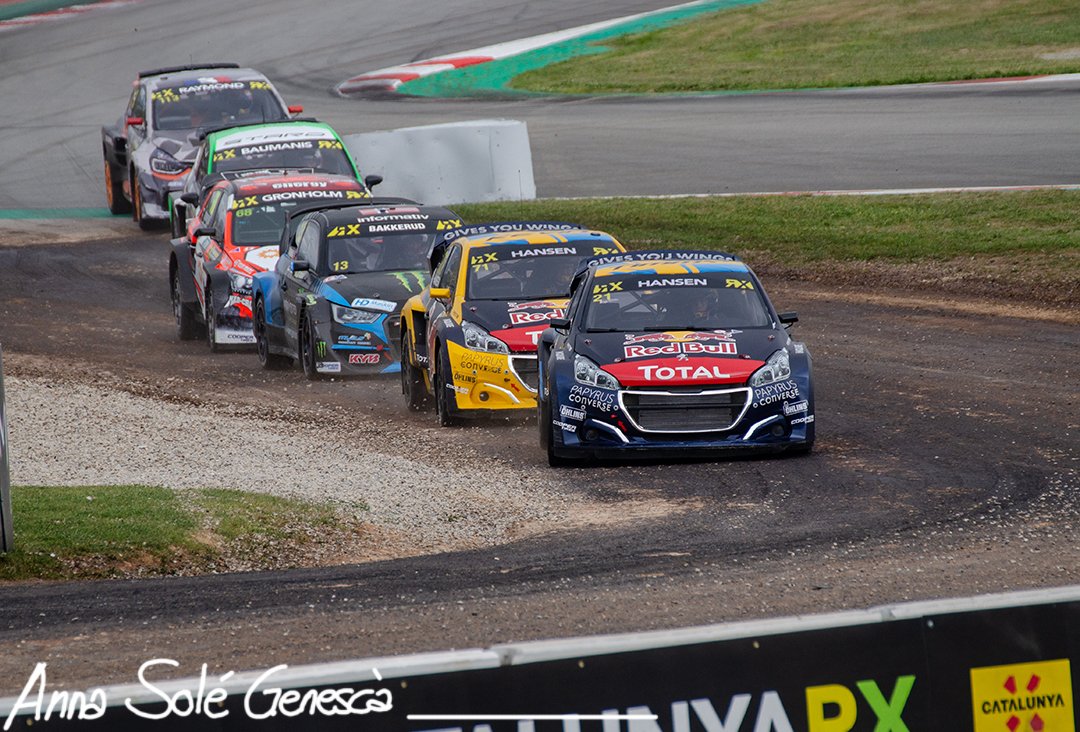 The RX supercars develop power around 600 hp which allow them to speed up to 100 km/h in less than 2 seconds. Races take place in very short circuits, with a mixture of gravel (or better name it dirt) and tarmac, very short straights and a variety of fast and low corners. And they compete against the rivals, fighting had to head for the leading position from the start. All these factors necessarily have to be taken into consideration when evaluating their aero design.

In RX supercars we can find most of the solutions also implemented in WRC cars to improve its aero performance. But each team/car has opted for different configuration, leading to significant differences between all of them. In 2019 season, two new cars have been deployed, which we will cover in further detail: the new Škoda Fabia WRX developed by ESmotorport and the new Ford Fiesta RX developed by Stard.

Downforce generation in the underbody starts with an effective front splitter, which reduces the amount of air flowing under the car. Less air means it flows at a higher speed, which by Bernoulli translates into lower pressure under the car. This is how we obtain higher downforce, by pressure difference over the top of the car.

All RX supercars include a front splitter, with the most prominent in the new Fiesta WRX 2019, developed by Stard (for Stohl Advanced Research and Development) and driven by Janis Baumanis. This car is the result of the design work his team has developed during the last year in the company headquarters in Vienna, using their own engineering resources, which include CFD capabilities. Recent confirmation of support from Ford Performance gave the last impulse to the project. The new car has been build starting from the latest Fiesta ST, as regulations require any RX car has to be based on a road car. In addition to a new aero package, the key areas of development have been the (new) engine and turbocharger, the bodyshell, the rollcage and the dampers (also new). 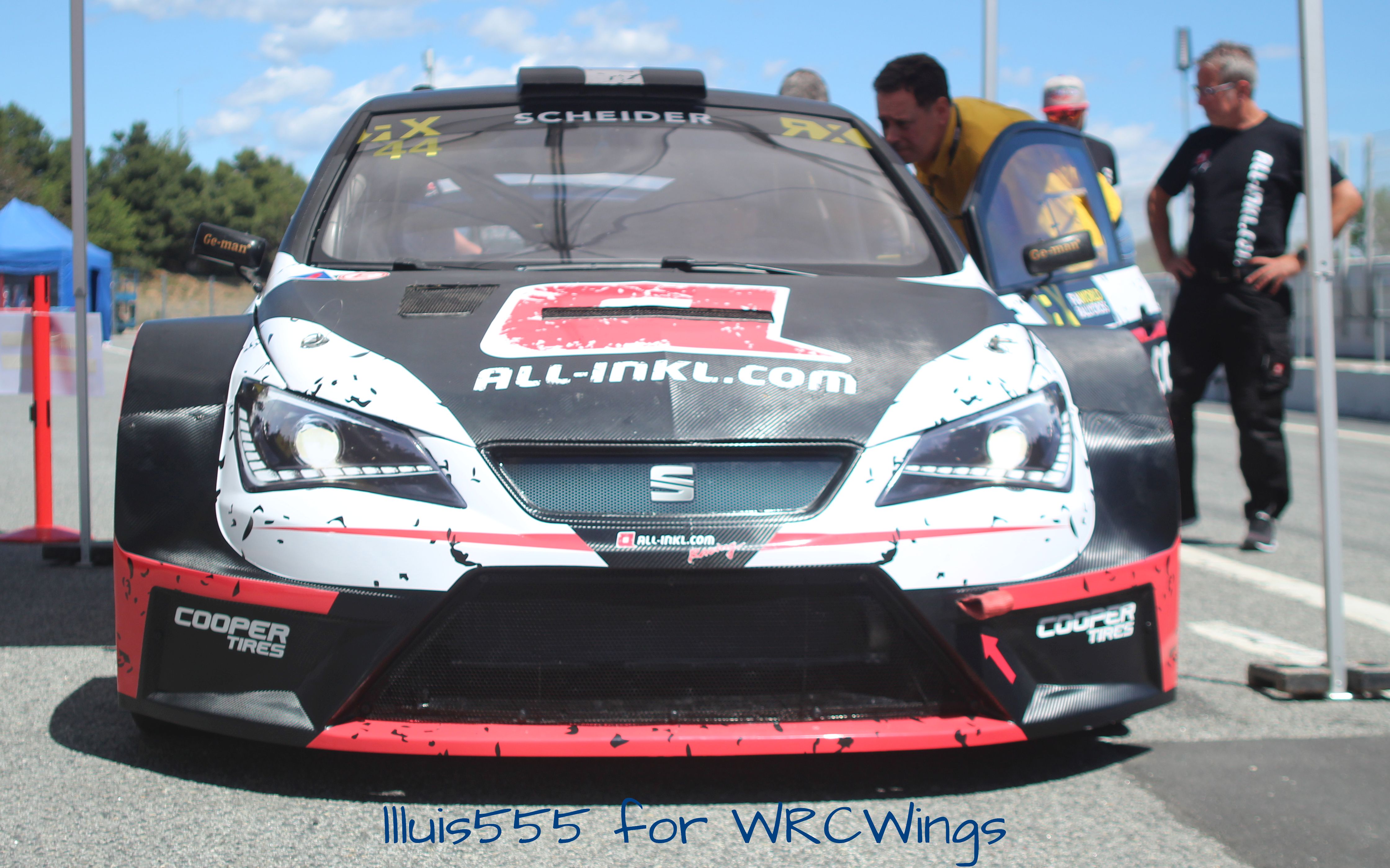 Some other cars have less prominent front splitter (such as the Renault Megane RS, the Peugeot 208 or the Audi S1), with only the Hyundai i20 and the Citroën DS3 including a vertical splitter. 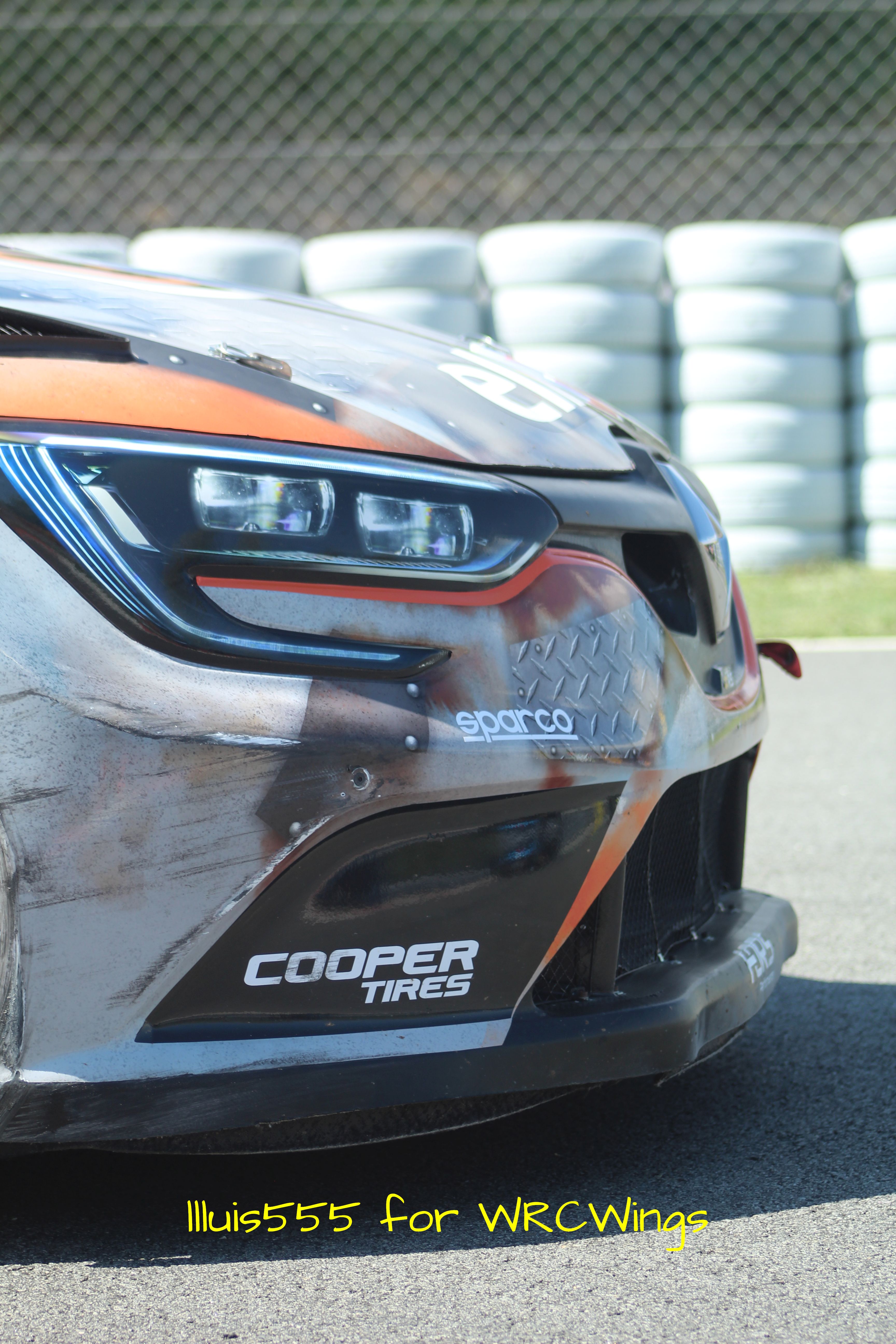 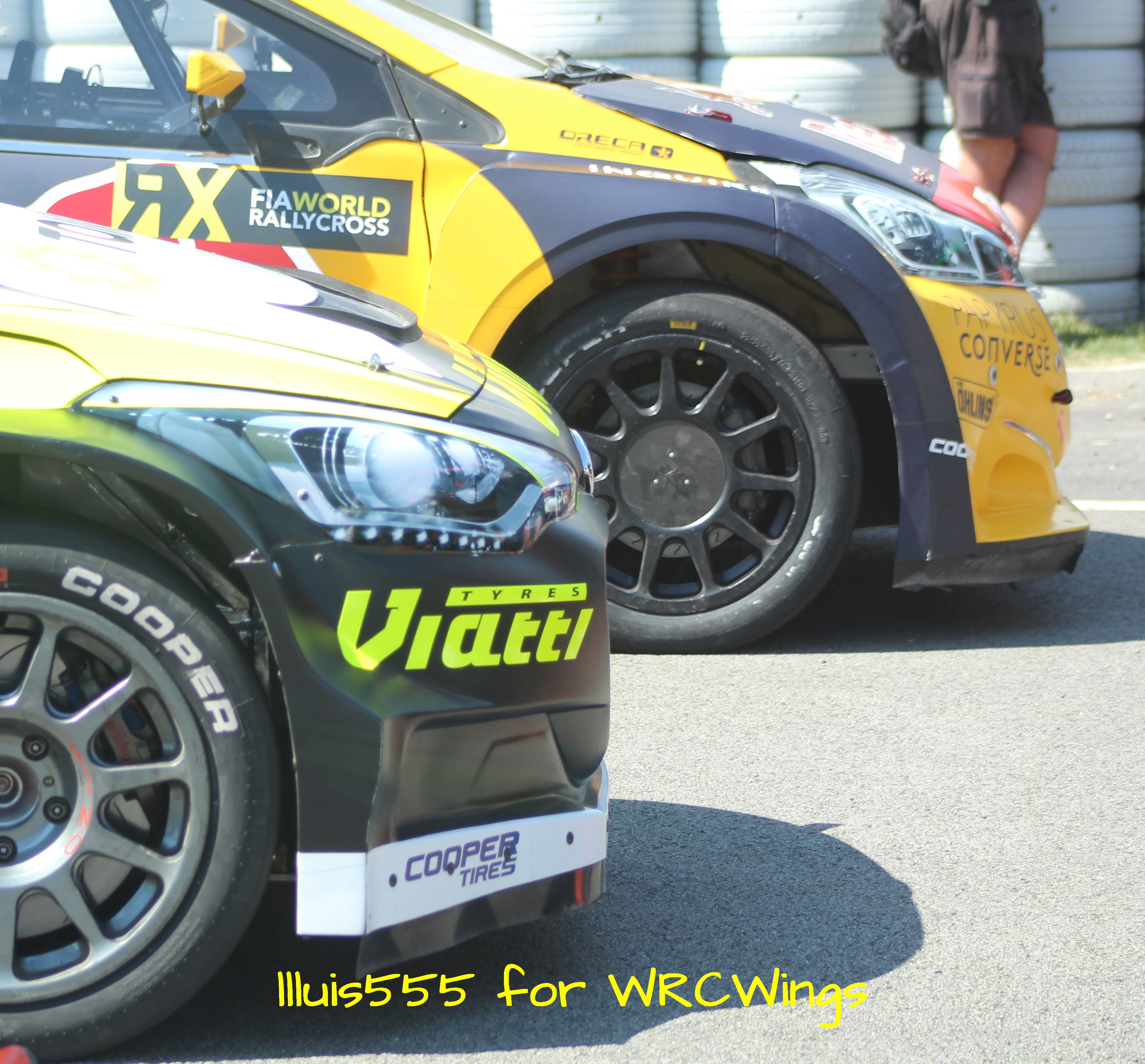 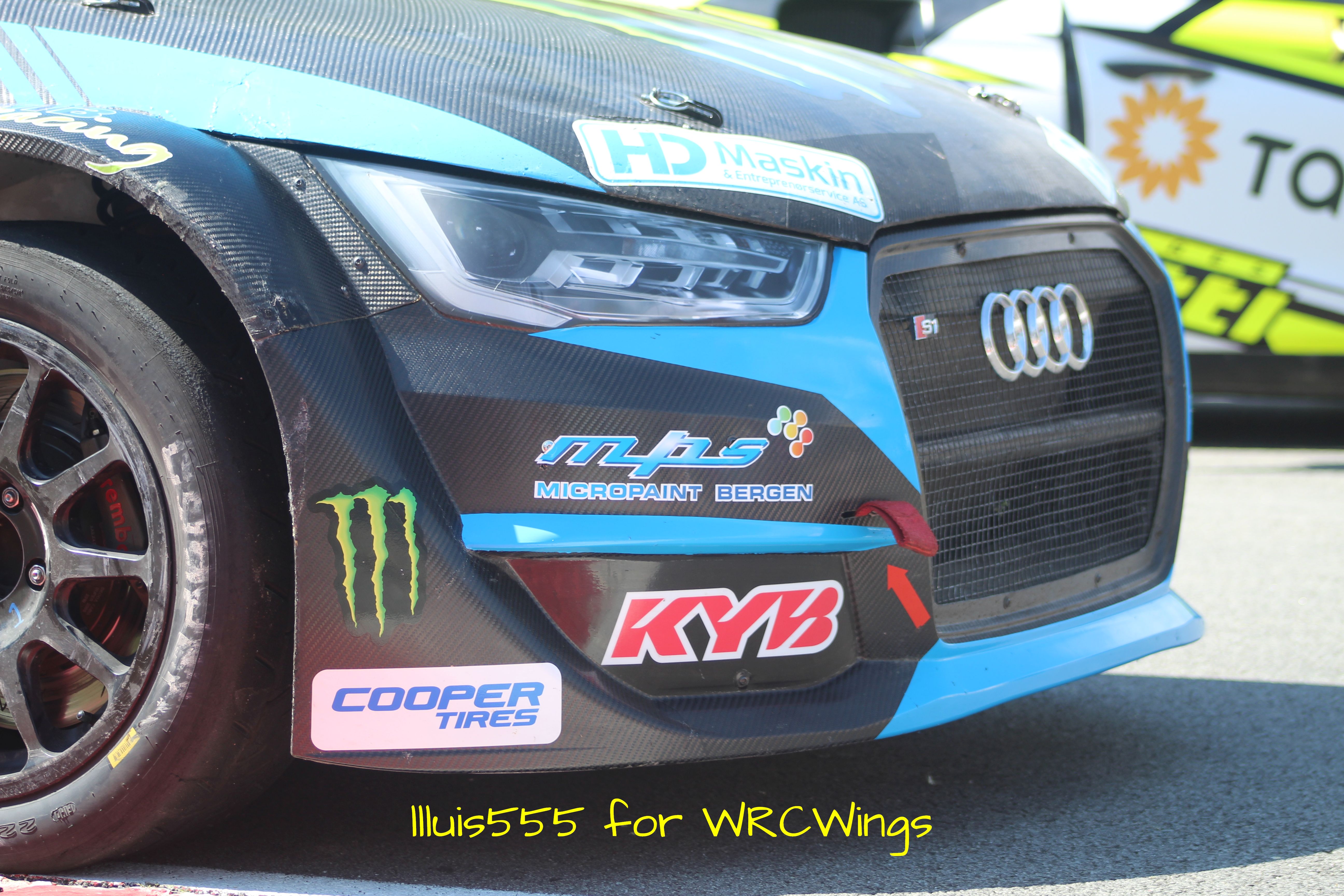 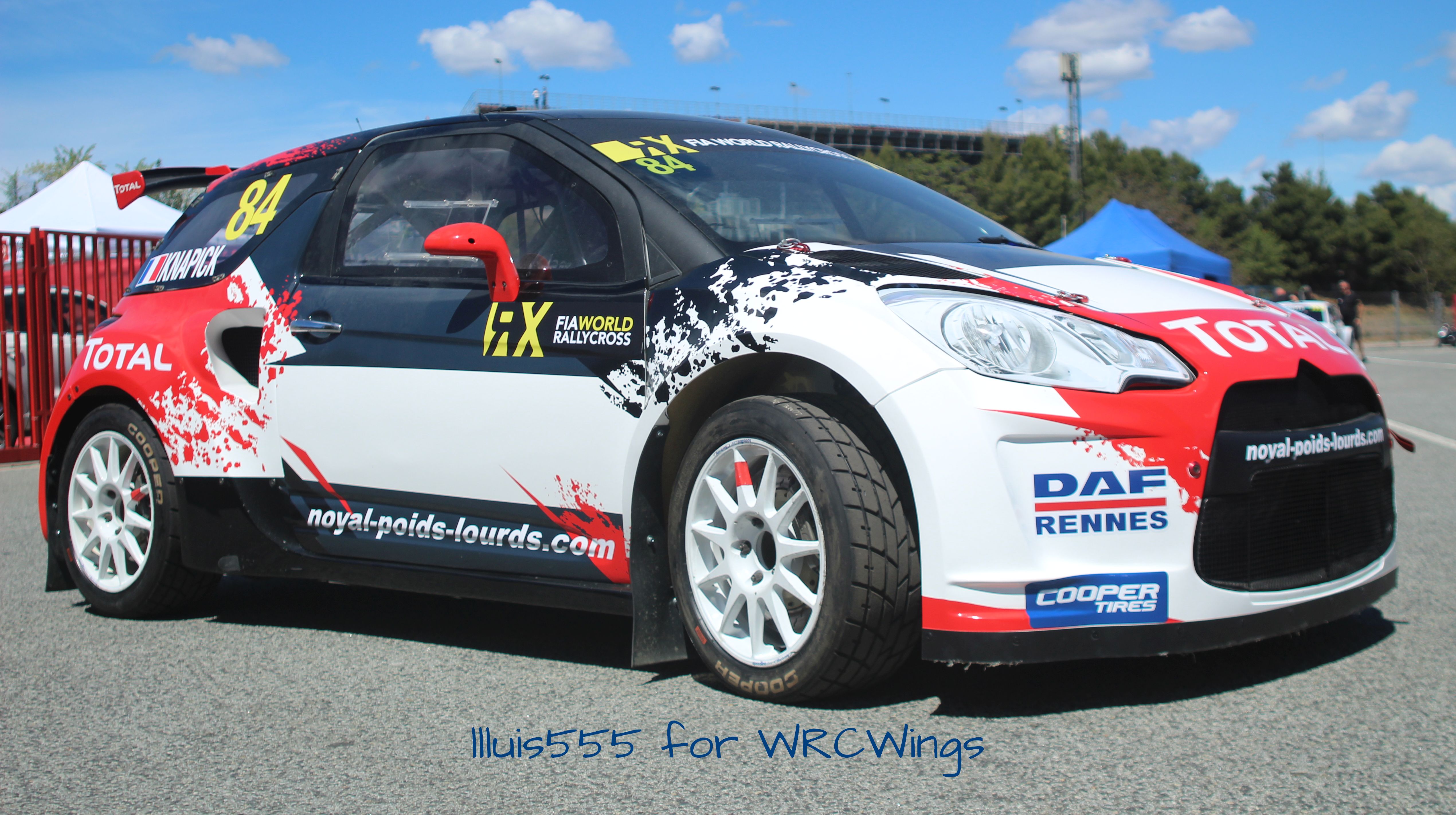 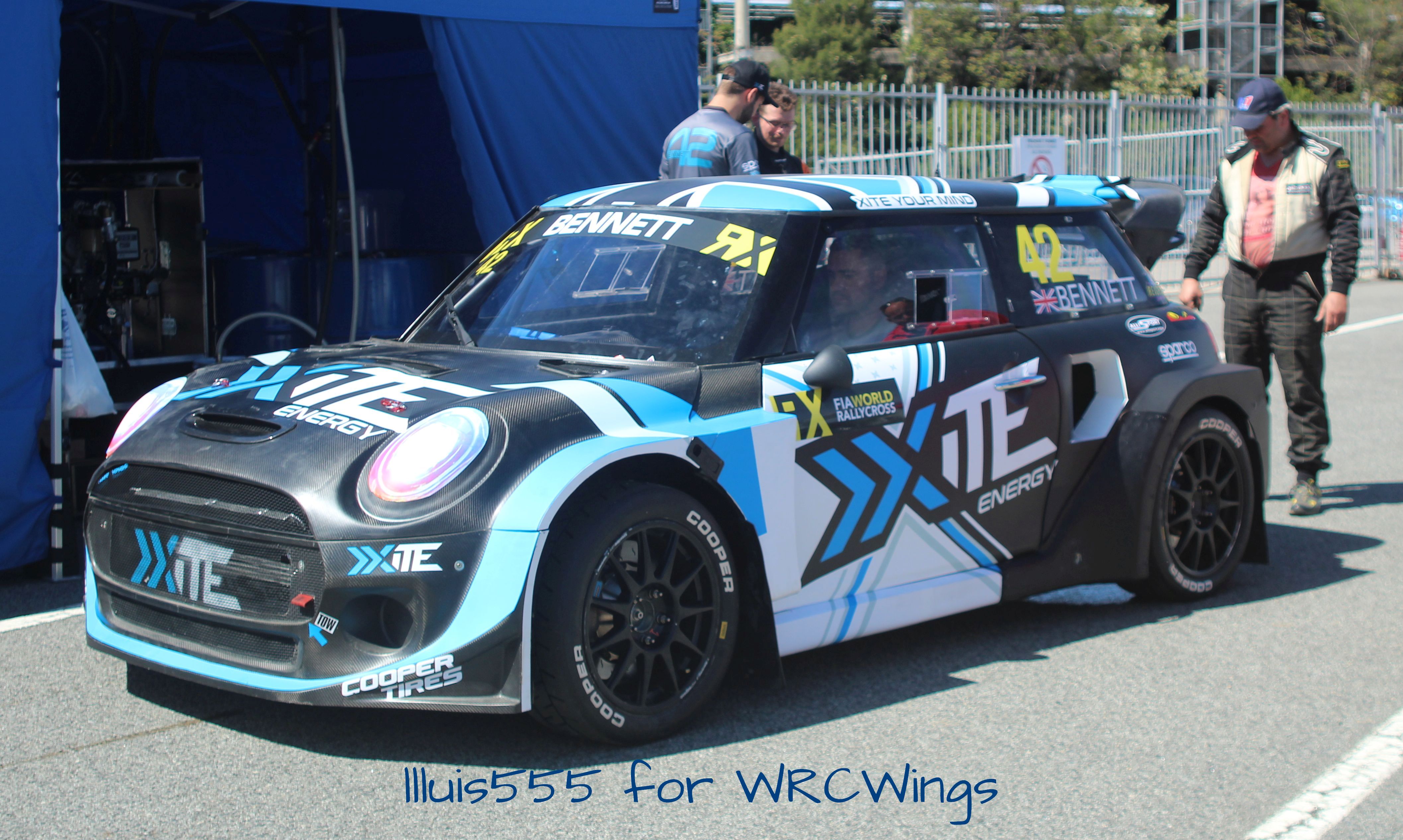 At the car front, other elements contribute to generate downforce which results in an increase of the grip in the front axle. While WRC cars use isolated dive planes, the only supercar using something similar to a dive plane is the Renault Clio RS. 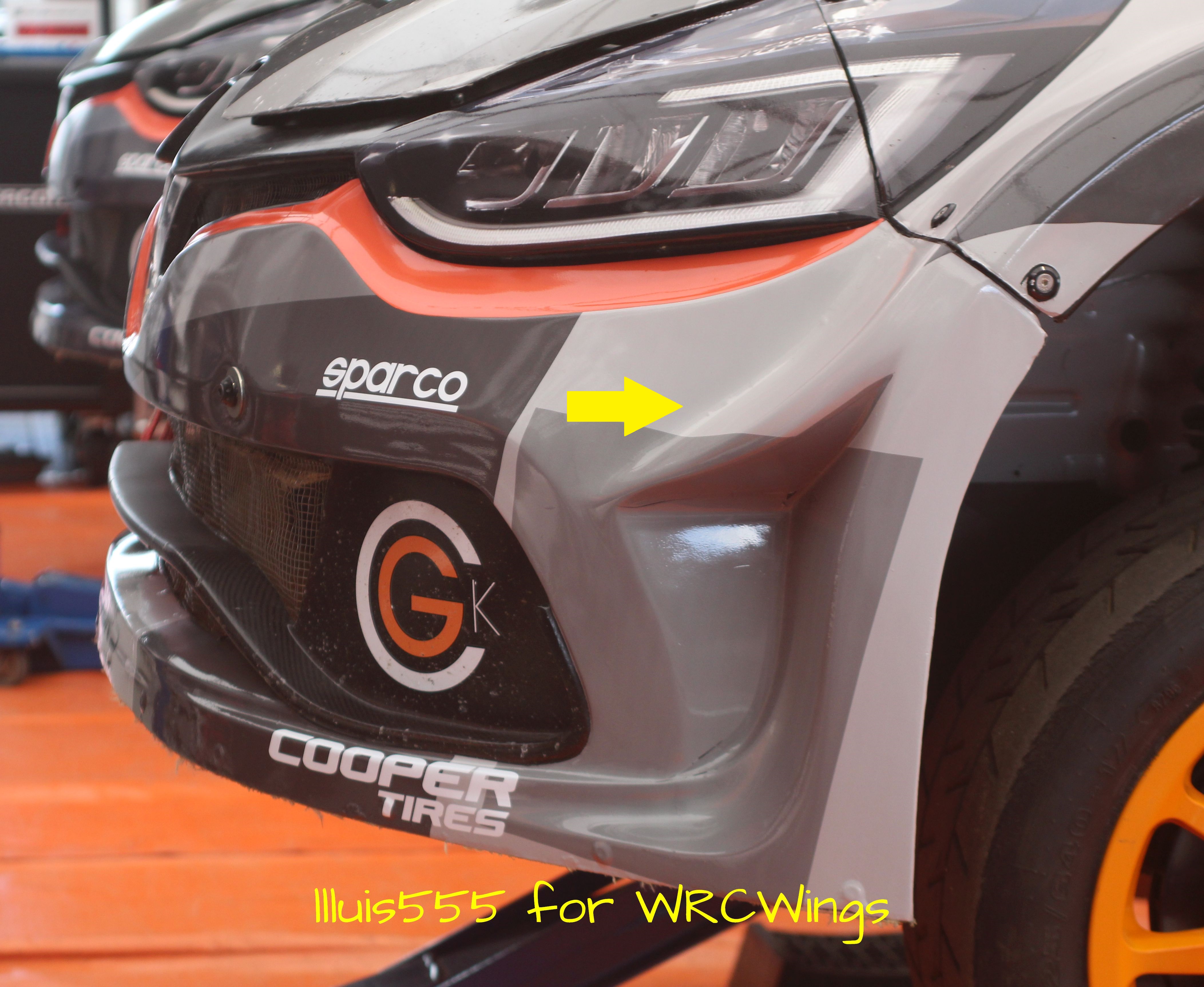 All the other RX supercars use prolongated front wheel arches. Each car has its own solution design: those with a wider fender are supposed to be those generating a higher downforce: this is the case of the Seat Ibiza (as shown in previous picture), the Škoda Fabia, the Audi S1 or the Peugeot 208. 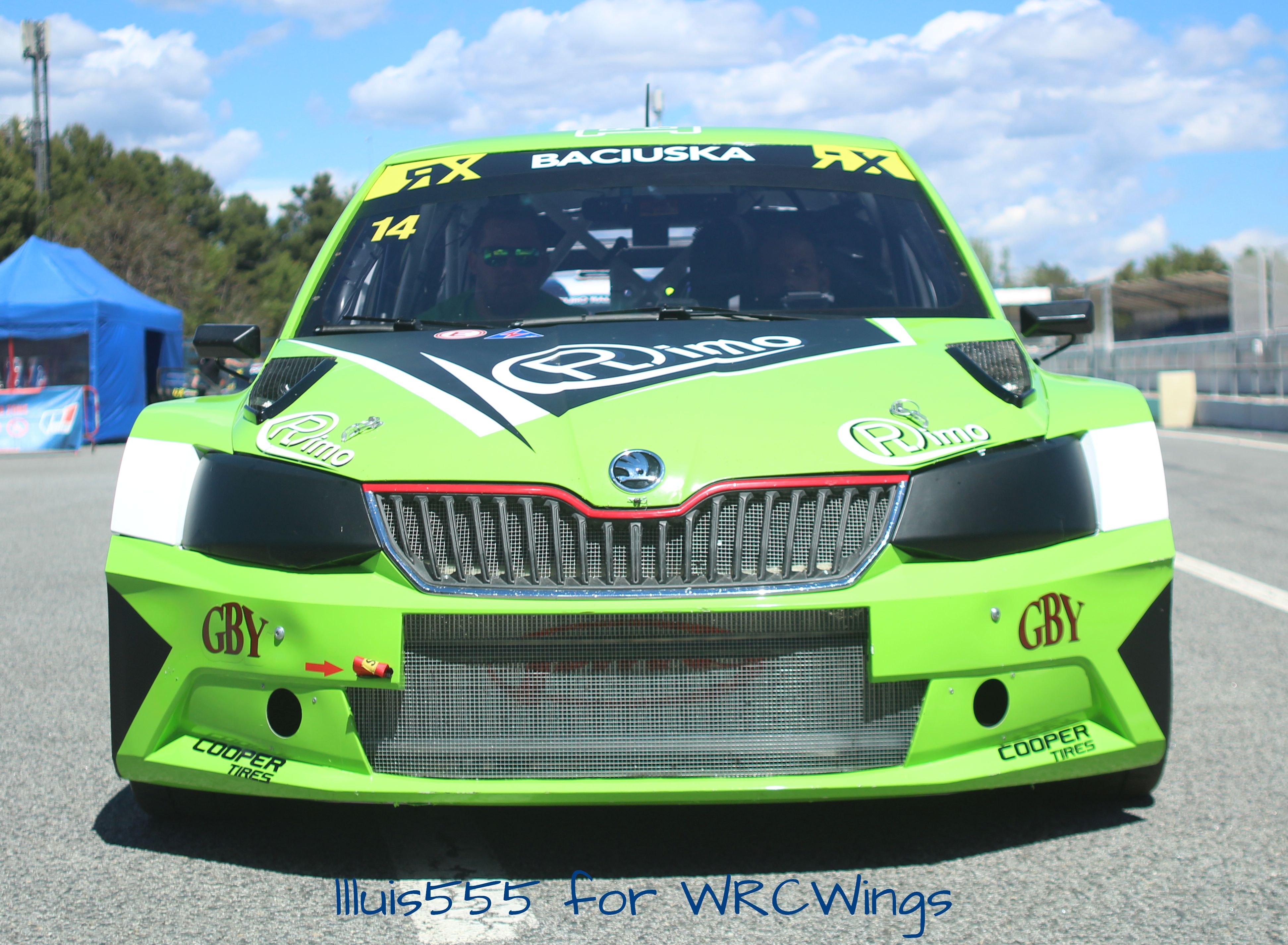 The Škoda Fabia is the result of the development work carried out by ESmotorsport during last year. It was a private initiative, with no direct support from the Czech manufacturer, although some of the manufacturer suppliers have participated in the development process. The car base is the Fabia road car, but it includes many parts from the R5 car, over which the Lithuanian-based team has developed their own version, which includes a modified aero package. The car has been tested throughout different European tracks, and with the participation of experienced drivers such as Mads Ostberg, Nasser Al-Attiyah or Kevin Abbring. 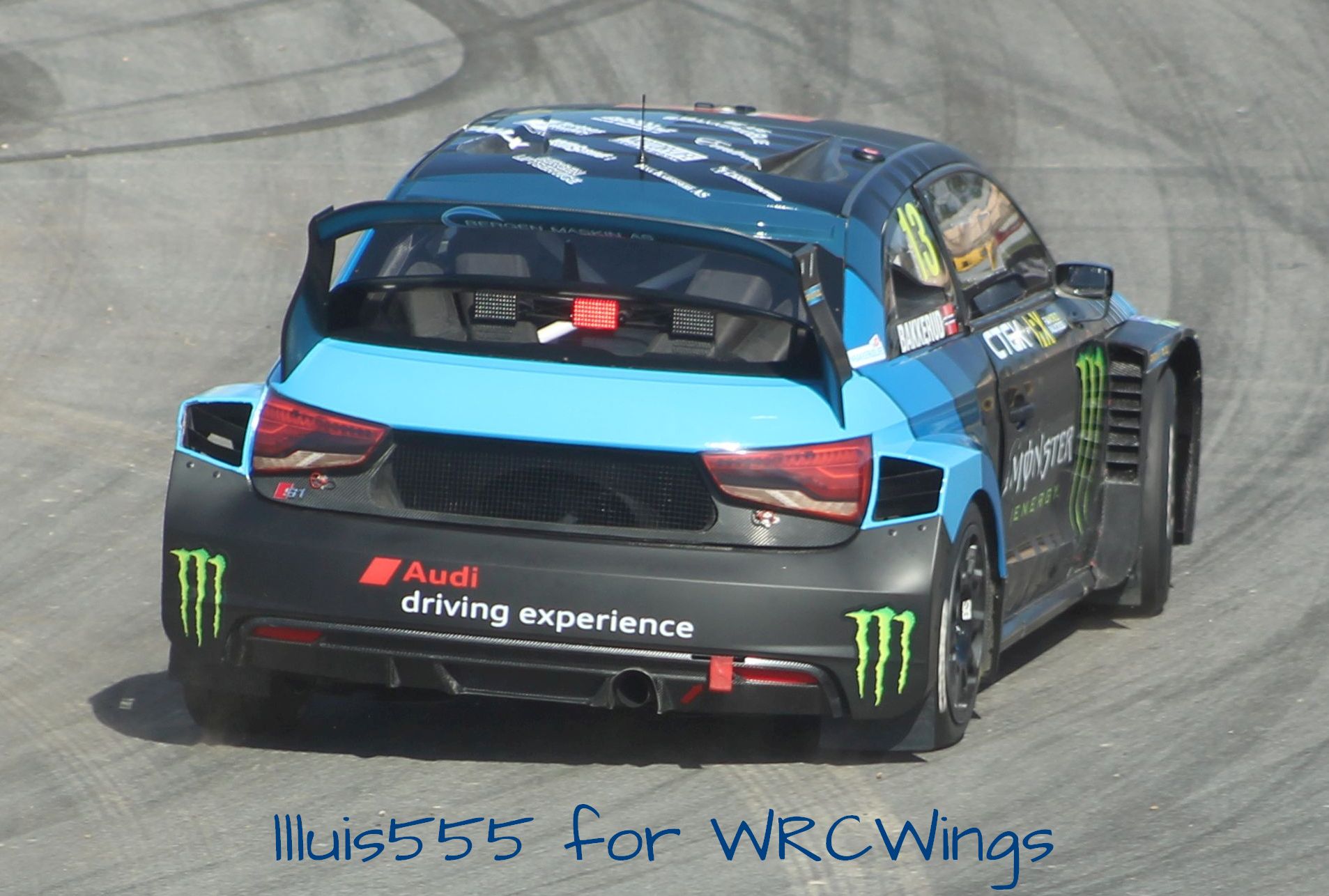 Removal of brake-cooling air from the front wheels also contributes to reduce lift (or to increase downforce, which is the same) in the car front. Surprisingly, only the Audi S1, the Mini include air vents in the front fenders, to get such an advantage. 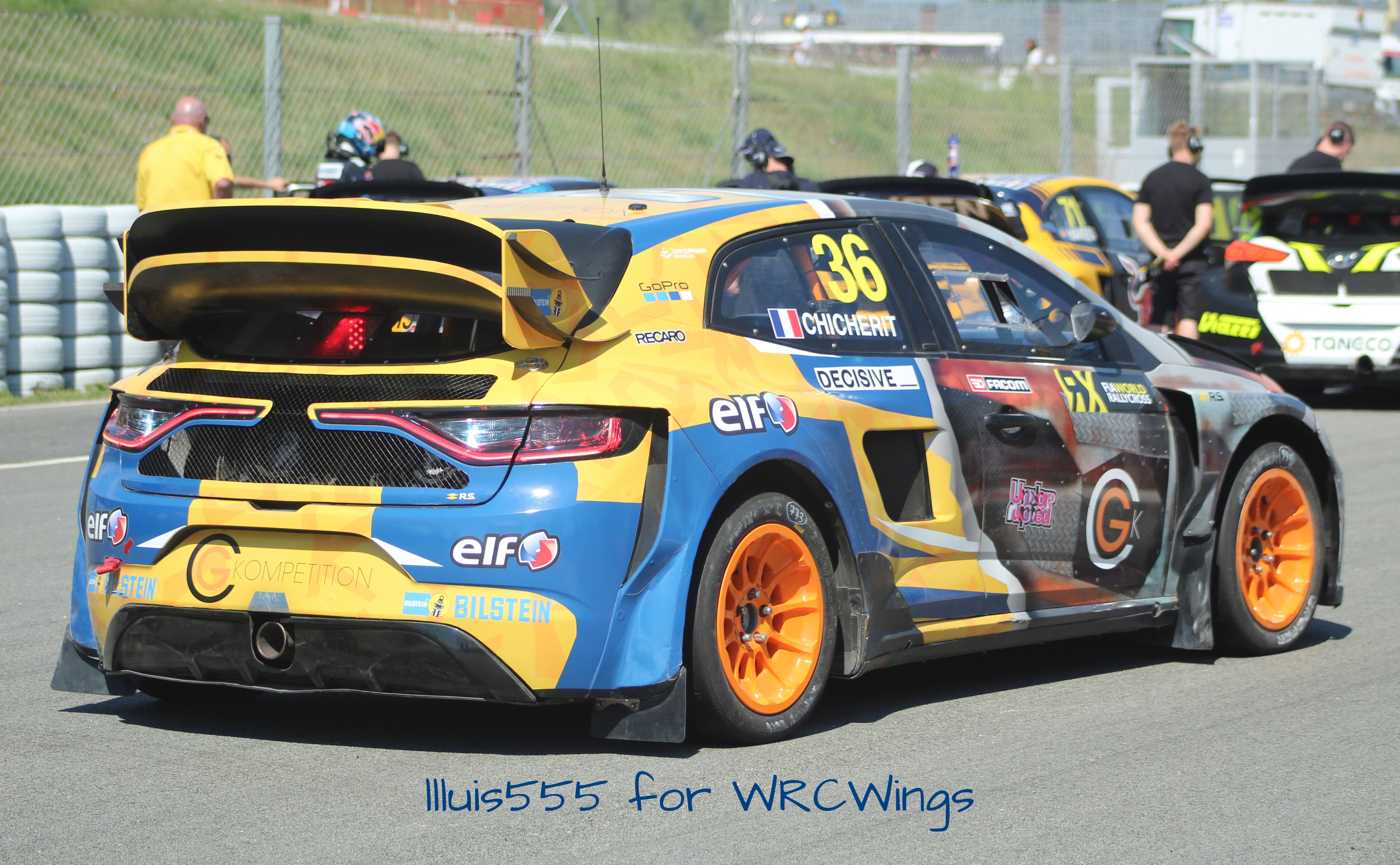 As in the case of the front splitter, the design of the side skirts change from one car to the other. It is significant that only a few cars have prominent side skirts: the Renault Megane RS, the Renault Clio RS and the Audi S1, ensuring that no air will enter below the car from the sides, which translates into higher underbody downforce generation, as air can flow faster (i.e. less pressure under the car, by Bernoulli).

Next article will cover generation of downforce at the supercar rear.