After five years of success in the WRC2 Championship, as well as in many National and Area Championships, the Škoda Fabia R5 has been updated. The arrival of the Hyundai i20 R5, the Citroën C3 R5 and, more specially, the VW Polo GTI R5 (and with the new Fiesta R5 to be homologated this summer), has forced the Czech manufacturer to develop a new version of the successful Fabia R5, in which they have been working since 2018. After months of development and tests, the new car, born as the Evo version of the Fabia R5, was finally homologated in May 1st, 2019. 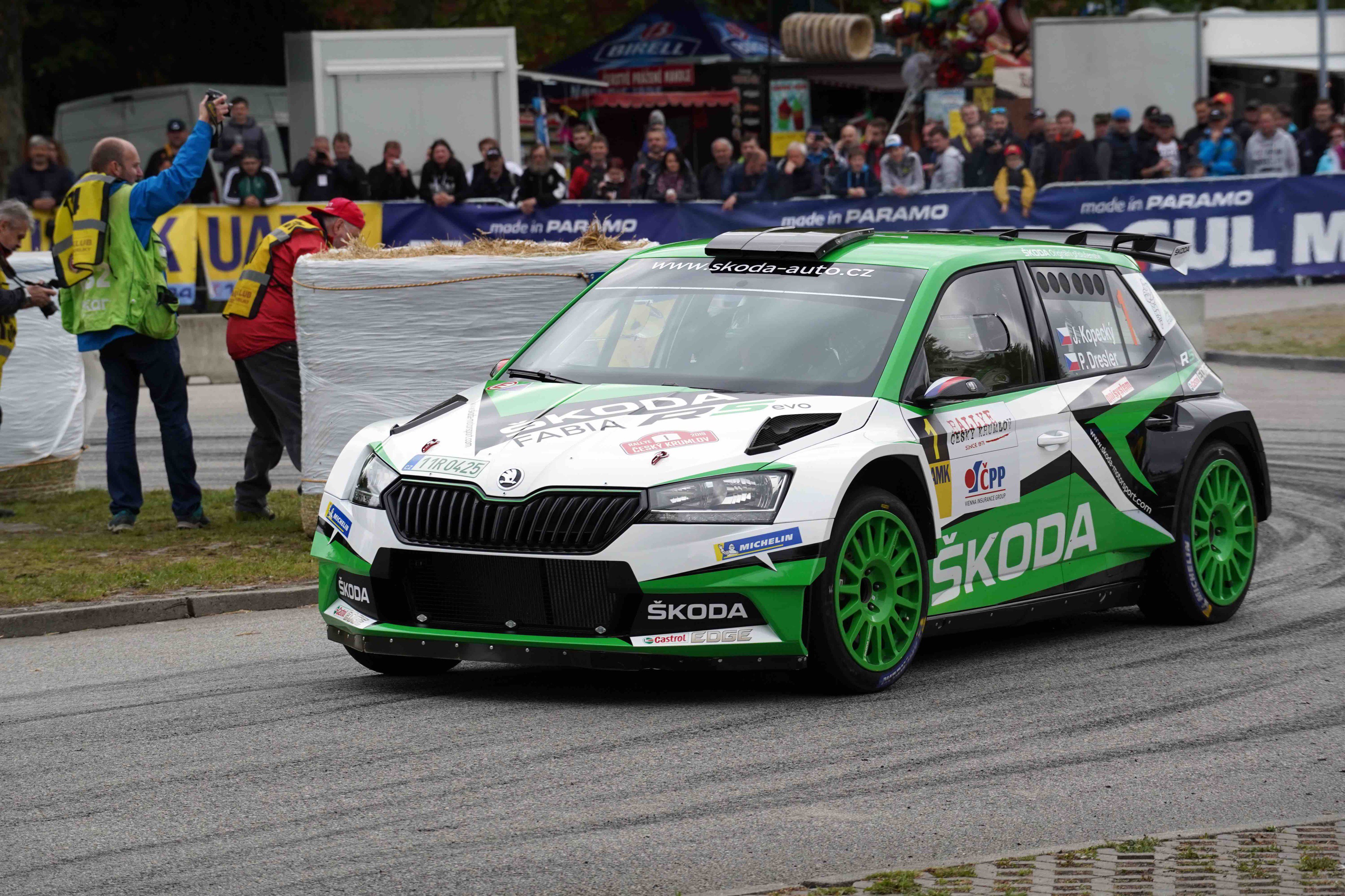 The new car presents multiple novelties with respect to the previous version of the Fabia R5 (which we already analyzed here). The engine has been upgraded to improve power output and driveability, the bodyshell has been strengthened, a new roll cage has been fitted, together with a new steering and longer wheel travel.

As always, we will concentrate on the aero modifications of the new car, which again have been developed by Fabia’s Aerodynamic Development Leader Michael Sumec and his team. To take a closer look, we will take advantage of the comparative between the classic and the Evo version of the Fabia R5 that Škoda has recently posted in their website, under the name of 5 ways to recognize the new Škoda Fabia R5 Evo. A gentle way to celebrate the arrival of the upgraded car, as well as to contribute to its diffusion between potential customers and rally fans. A very nice initiative other manufacturers should imitate.

The modifications in the aero of the new car are concentrated in three locations, the front bumper, the rear diffuser and the rear wing.

The front bumper includes two main modifications: a new radiator grille with a sharp angle added to its sides, and a modification on bumper sides. The shape of the bumper’s sides has been changed, as shown by yellow arrows in the picture below. The aerodynamic edge has been lowered to a position that is roughly half of its height. The most probable goal of this modification is to allow air to better flow over this part of the bumper and towards the front fender, while the original design produced a certain separation of the airflow from the surface. The result is a drag reduction (as air flows smoothly) and a small increase in downforce generation in the front axle (due to higher airflow flowing over (and pressing down) the front fender). 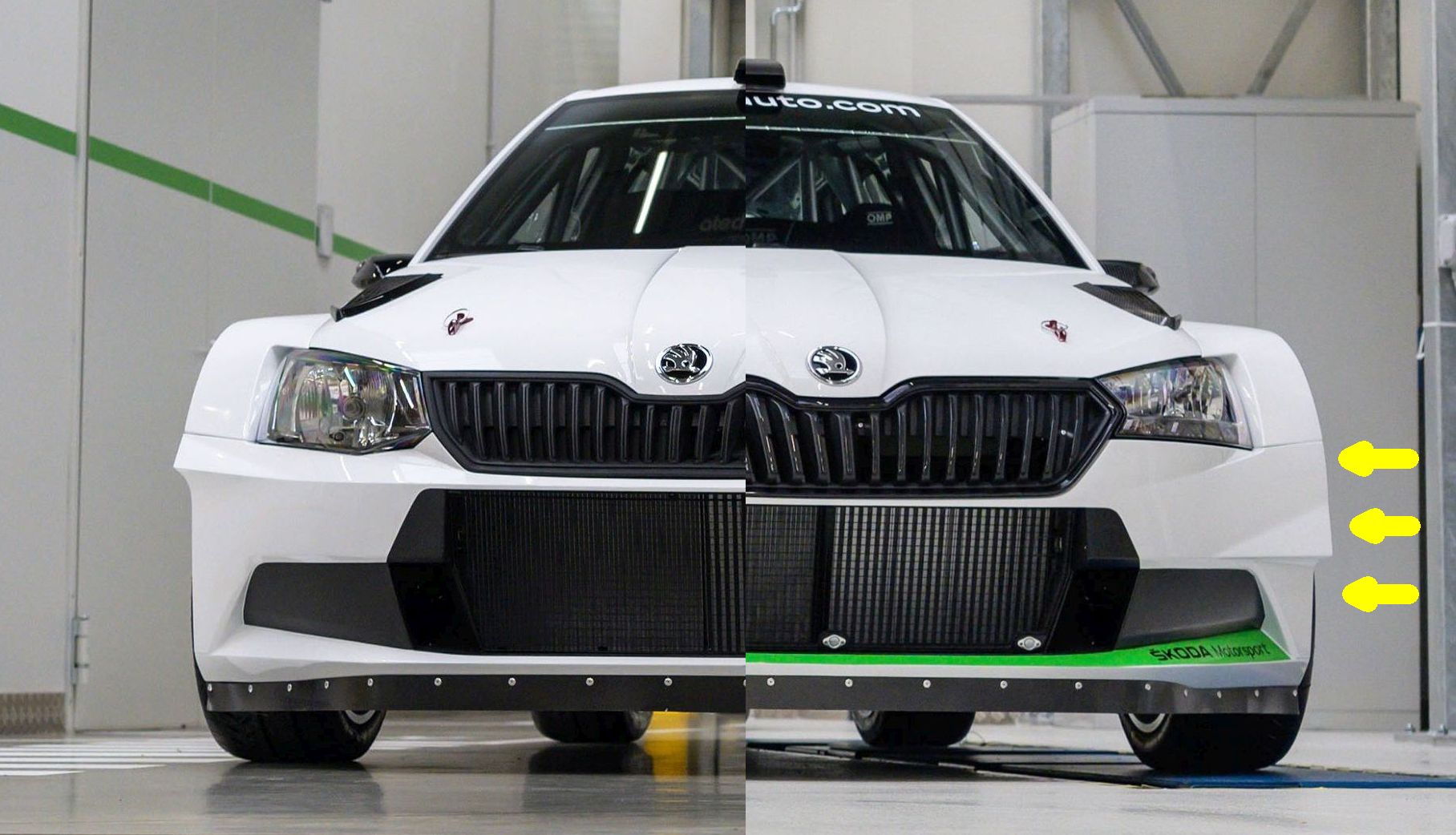 The other significant aero modifications introduced in the Fabia R5 Evo are located at the car rear. On one side, the rear diffuser has been redesigned. 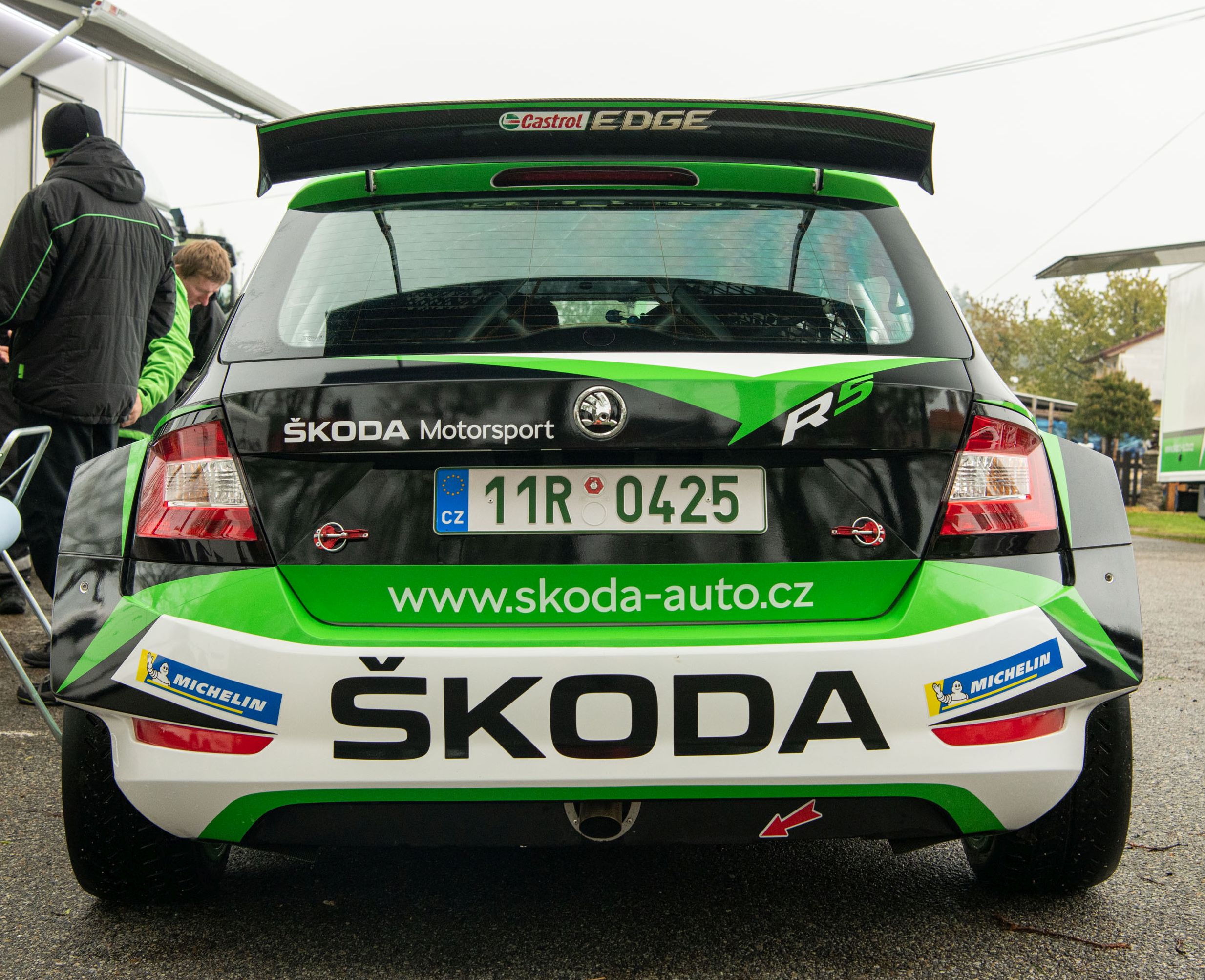 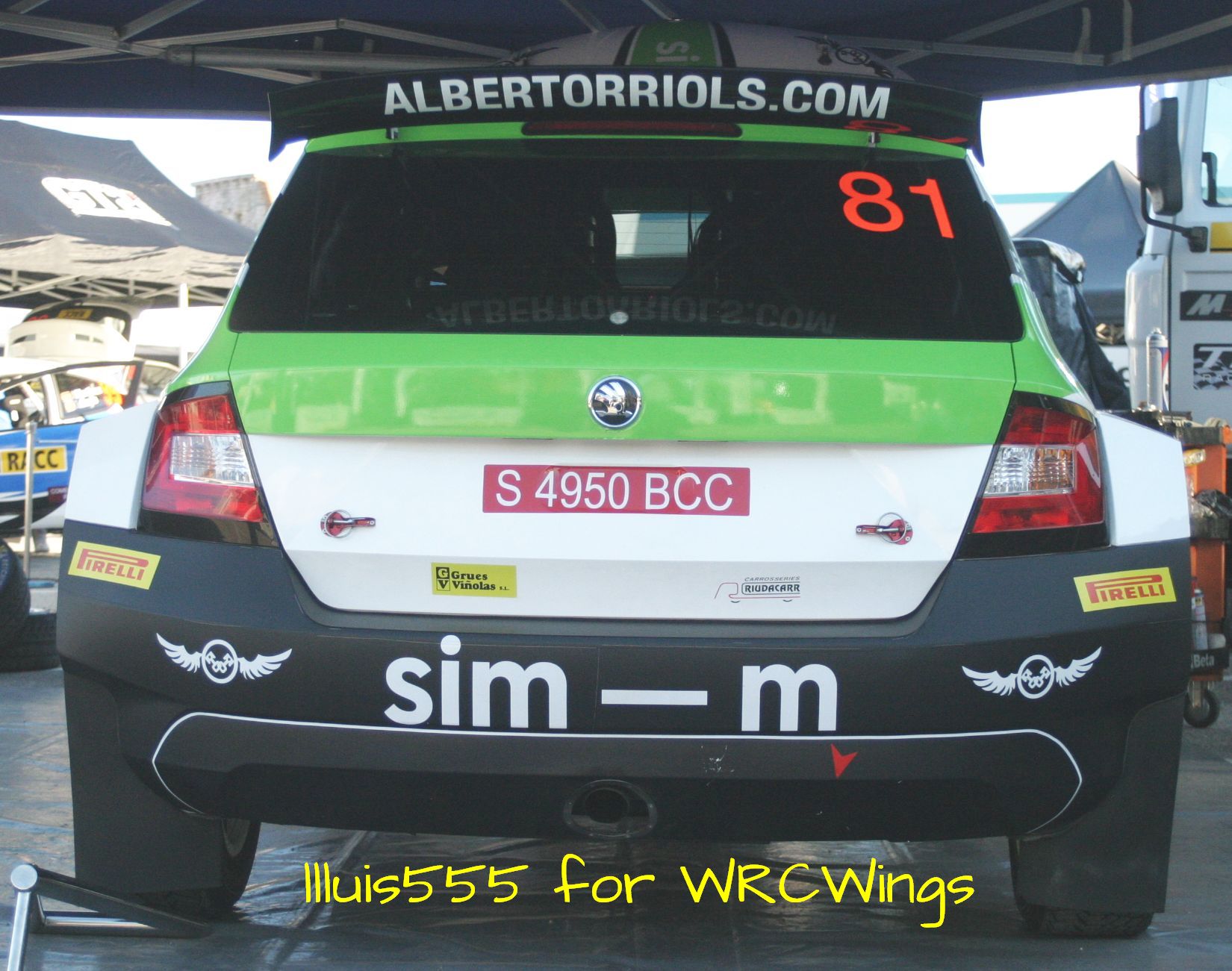 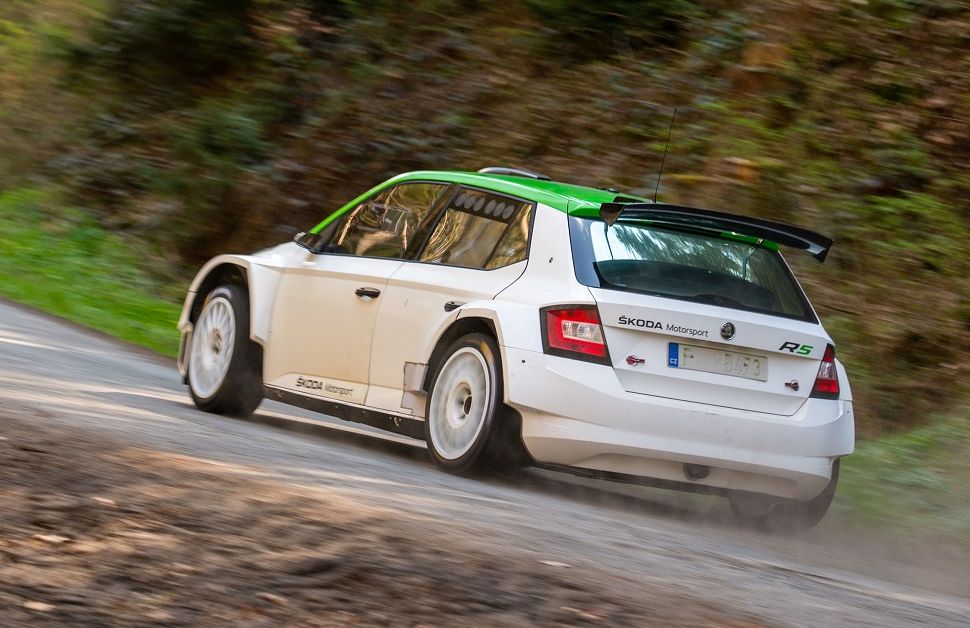 The new diffuser has a smaller angle due to a lower diffuser height. The result is a reduction in the amount of air flowing through the diffuser, which in principle is negative…unless the original one was not performing adequately.

The second modification in the rear diffuser is the re-orientation of the exhaust gas pipe: from a horizontal position in the original Fabia R5, the new is angled downwards. This is probably a consequence of the redesign of the diffuser. The goal is still to use exhaust gases energy to accelerate the air exiting from under the car through the diffuser (the concept of exhaust blown diffuser). Due to the change in the diffuser height, the airflow flowing through the diffuser requires higher energy from the exhaust gas to accelerate, and that would explain the change in the angle of the exhaust pipe. In summary, less air flowing due to height reduction is compensated by higher energy contribution by exhaust gases. 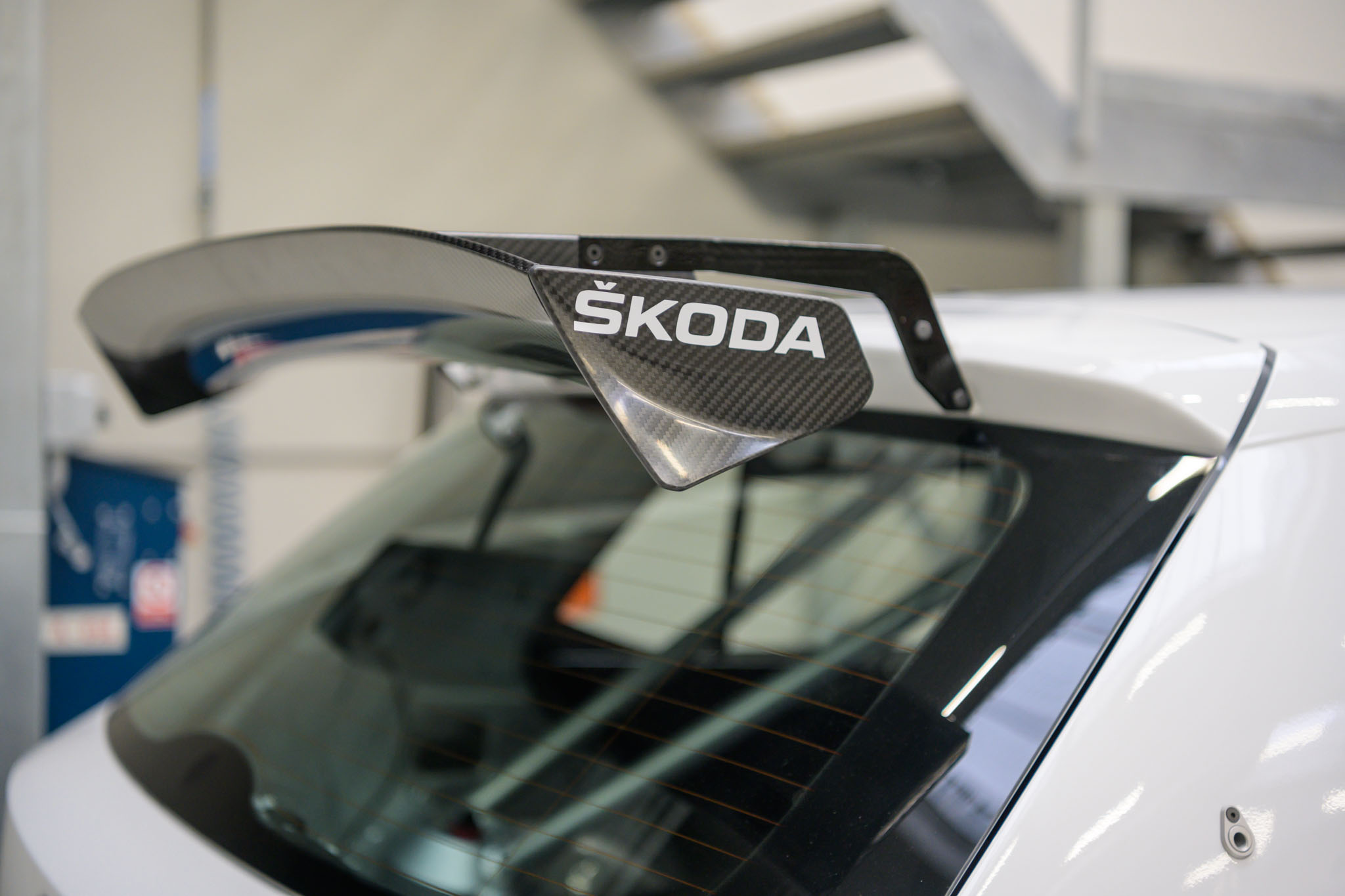 The third area where modifications have been introduced is the rear wing. The new wing is made of carbon (same as the new roof scoop), which means a lighter wing. But the main modification is the use of two vertical fins on the upper side of the wing profile. Together with the original wing supports, the new wing includes now four vertical fins. This is opposite to some of his rivals trend, such as the VW Polo GTI R5, with no vertical fins, as the wing supports are located on both wing ends. The inclusion of vertical fins gives the car a better grip (higher downforce) when cornering, as the vertical fins take advantage of the airflow stream crossing the wing obliquely when the car is sideways (as we already saw in a previous post). 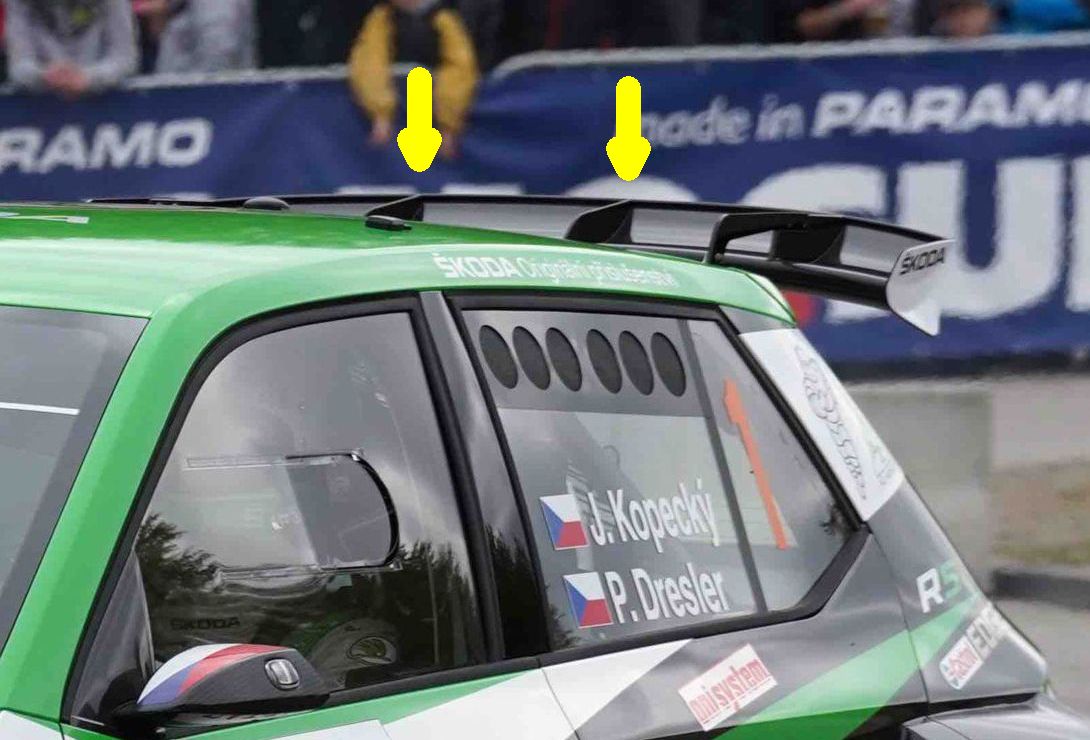 Only a few days after homologation, the car debut took place at the Czech Rallye Český Krumlov, where Jan Kopecký and Pavel Dresler obtained an easy win, in front of a long list of R5 competitors. 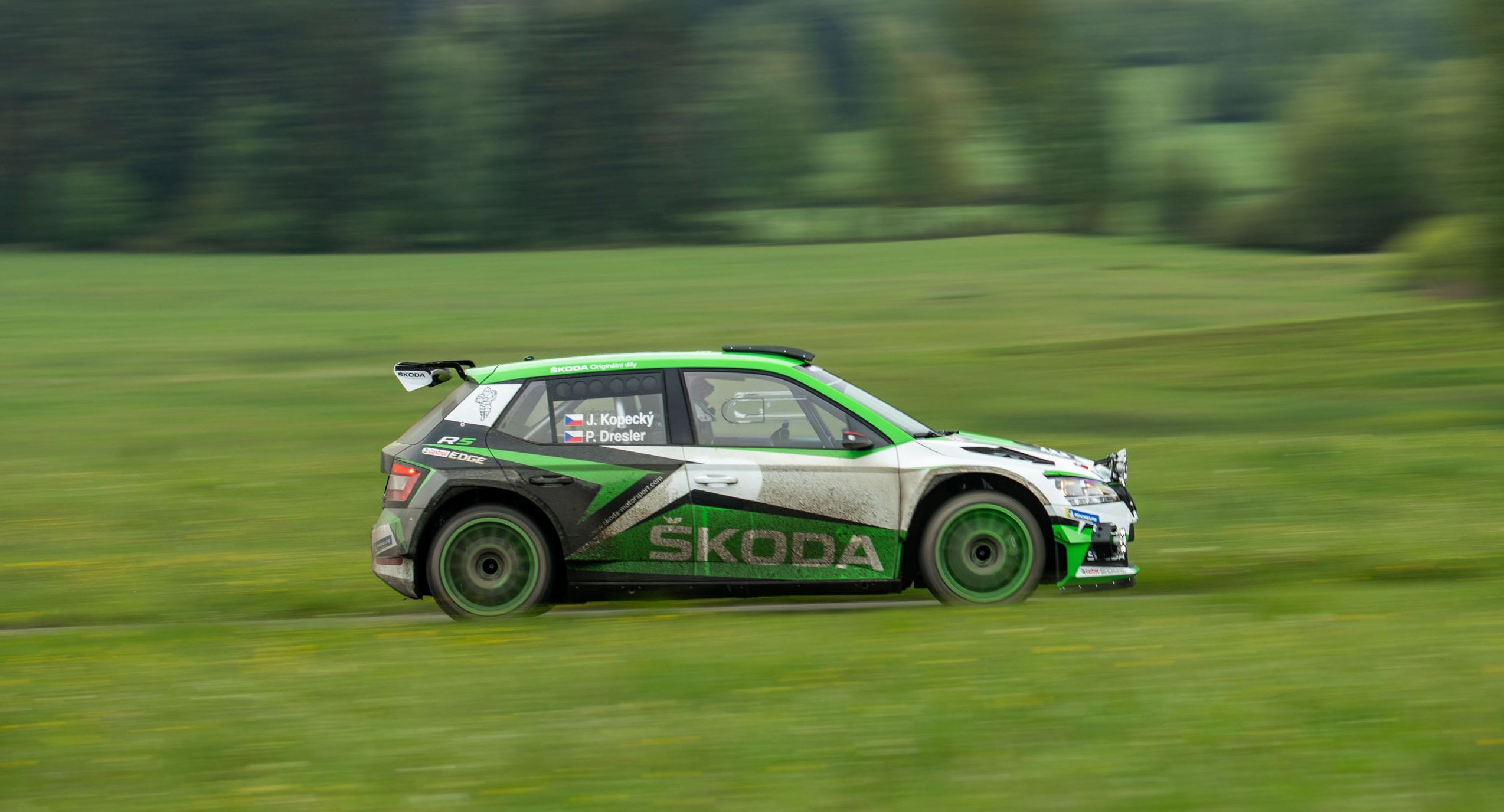 The official debut of the new car in the World Championship will take place this weekend in the 53rd edition of the Rally de Portugal, where J.Kopecký/P.Dresler and K.Rovanperä/J.Halttunen will face an impressive list of R5 cars (30), with all the competitors ready for the battle.