Dust is a nightmare when you’re attending at some gravel events. But, at the same time, it can be very useful afterward, to visualize flow structures that could only be visualized both in a wind tunnel or by CFD. Smoke is frequently used in wind tunnels, while CFD allows generating graphical representations of theoretical structures, which not always completely reproduce reality.

Some of the nice images taken from recent Rally de Portugal allow us to visualize and confirm the flow behavior at certain parts of the car, which is always useful. So let’s review some of them and try to learn from what they show.

The first, most visible consequence of dusty stages is the big wake generated behind the WRC cars. Many pictures are available to confirm the appearance of periodic structures in the wake. 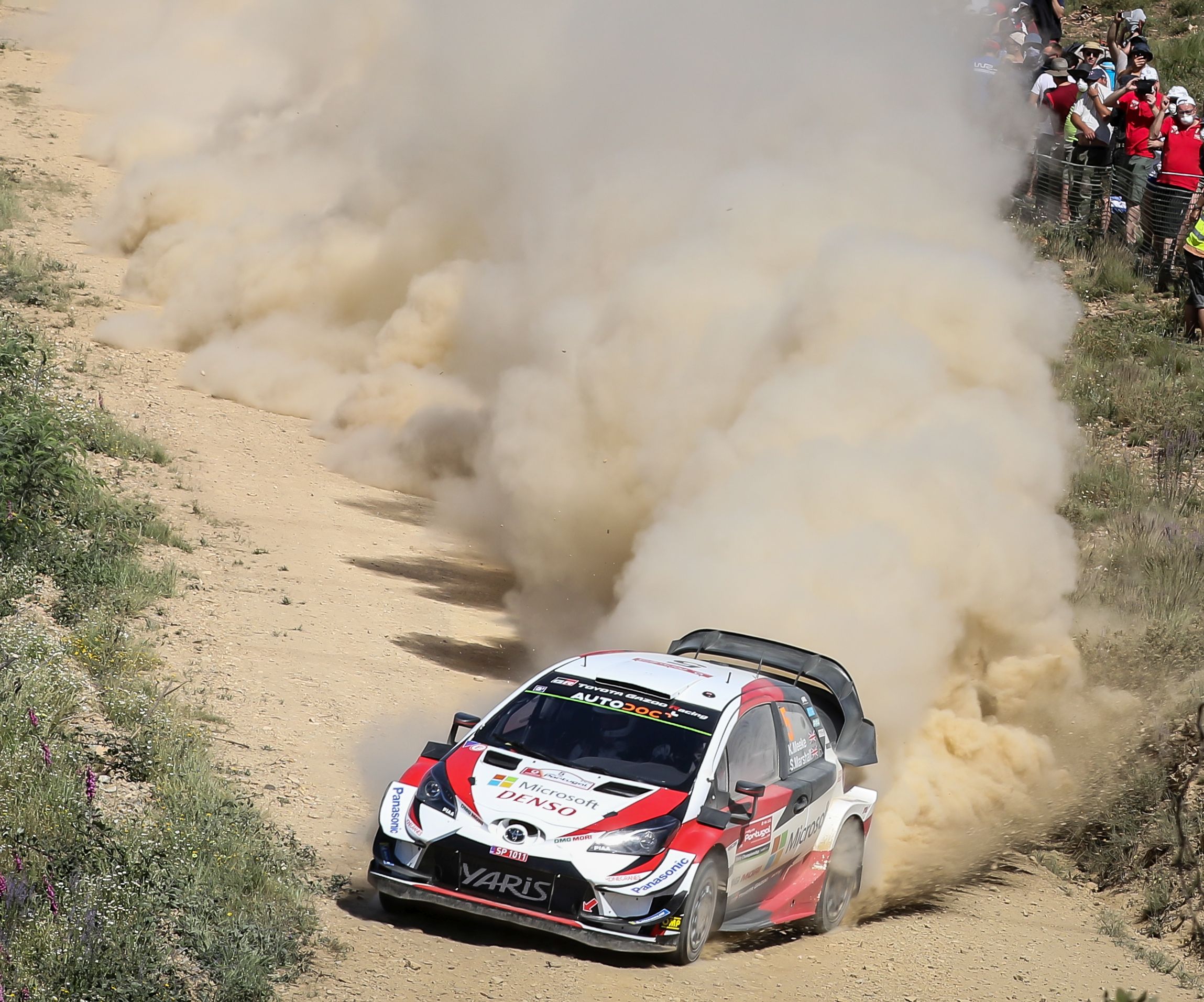 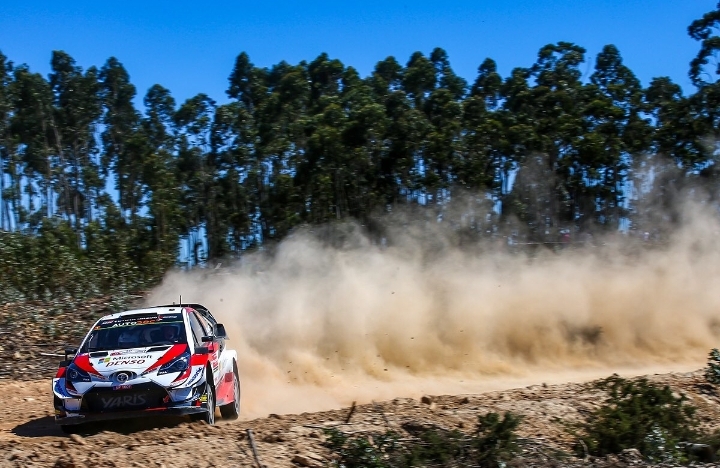 These three pictures confirm, from different angles, the periodicity of such structures in the wake. Similar structures were identified a century ago, with only a simple cylinder or sphere in a uniform flow, and some smoke for visualization.

When a flow faces a disturbance or an obstacle, the flow propagates downstream of the disturbance in the form of a double row of vortices which alternate their direction of rotation. Such structures are known as Karman or Bénard vortices, and they appear nearly everywhere that a fluid flow is disturbed by an object. The image below, from Van Dyke’s Album of Fluid Motion, is one of the most visited images in Fluid Mechanics and shows the vortex streets generated behind a spherical object. 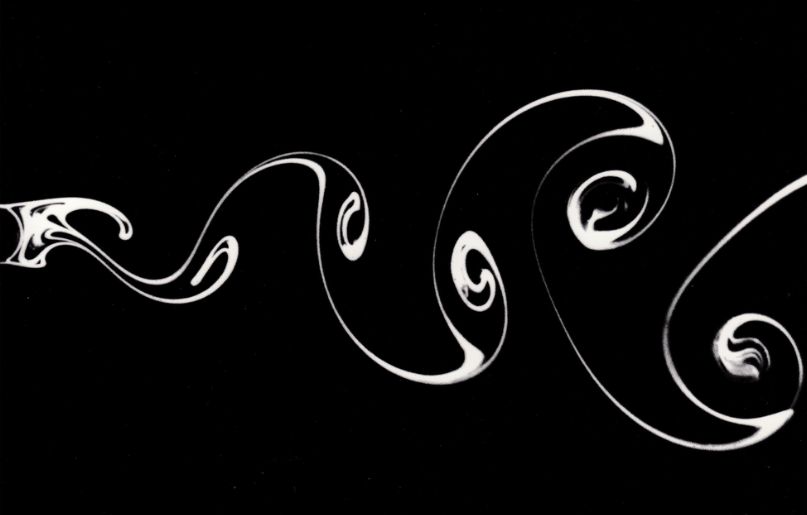 The generation of the vortices represents a loss of energy, which is called pressure drag. Although usually associated with the shape of the body (what we know as frictional drag), the drag is generated also with the appearance of vortices. The bigger the wake (and the vortices) the higher the drag, the energy loss, and the car speed. So, in your next event, try to compare different cars’ wakes and you’ll be able to identify which has a lower pressure drag.

Vortices tend to persist for some distance downstream, forming a double row which is known as the Karman vortex street. The picture above demonstrates the presence of vortices in the wake of the Ford Fiesta WRC.

The influence of the wheels can also be easily observed with dust pictures, such as the one below from Loeb/Elena. The impact of the front wheels is clearly shown, generating a row of small structures (possibly also vortices) on both sides of the car.

The origin of these vortices is not only the front wheels but also the dive planes. They have a positive effect, as prevent air from entering below the car on both sides, and downforce generated under the car remains unaffected. The same effect can also be seen in the Yaris and the C3. 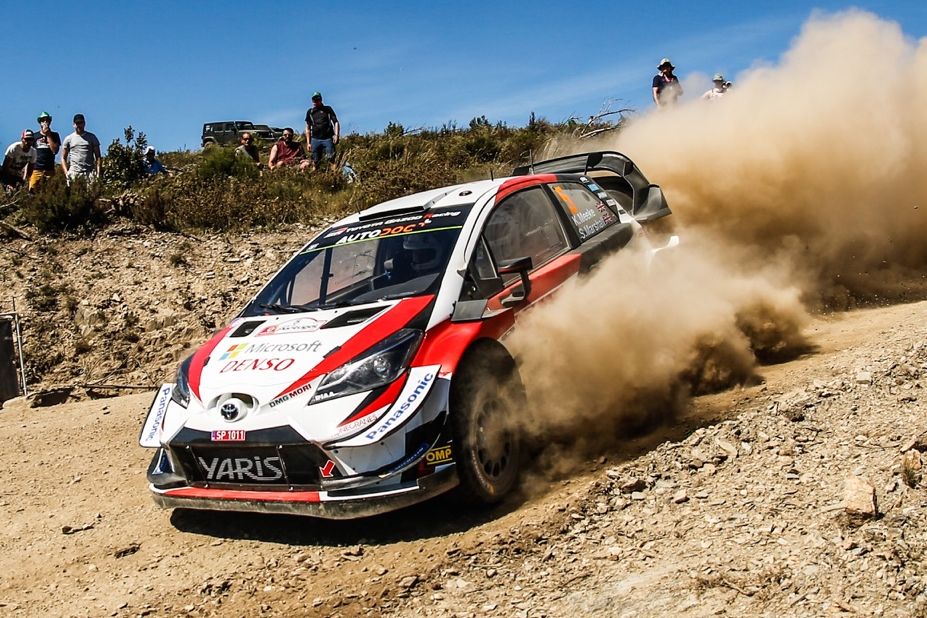 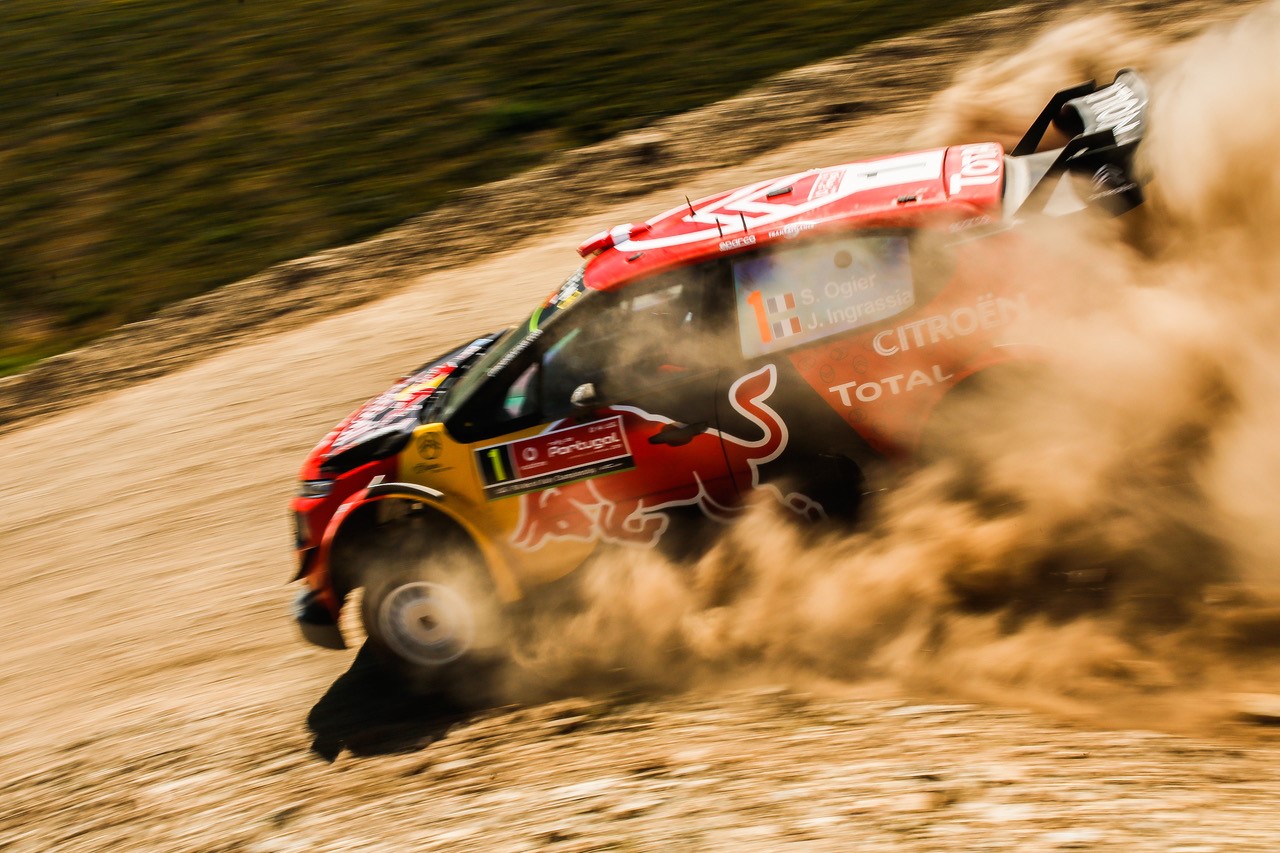 Rear wheels contribute to generating a complex flow behind the car, as shown in the picture below. This is one of the reasons why rear fender vents are usually oriented upwards, in order not to merge with the high-speed flow emerging from the rear wheels. 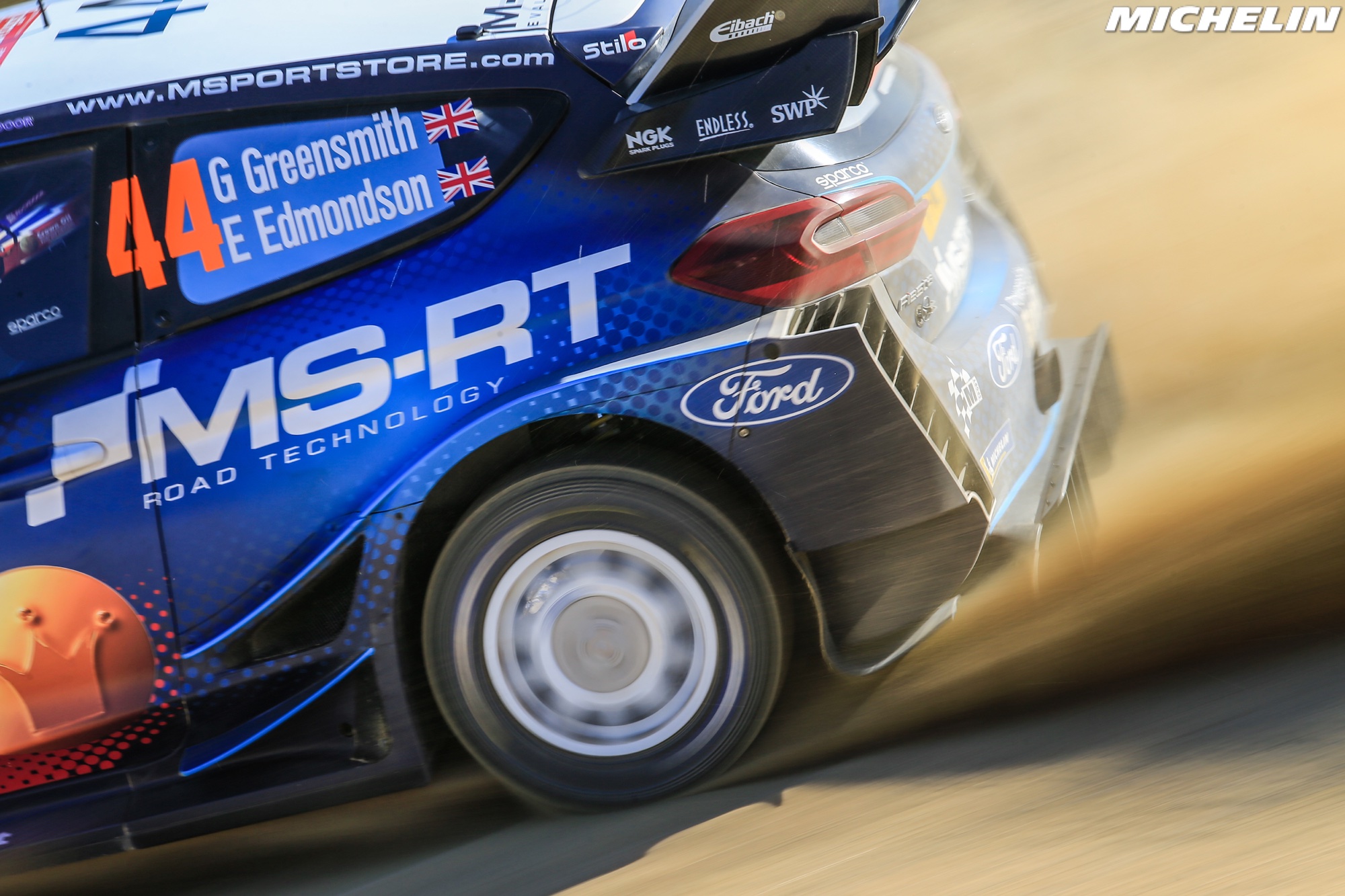 The picture above also explains the external cut in some of the rear fenders, which allows the gravel to be removed faster and with no damage to the fender. It also shows the difference in velocity of the flow behind the wheels with respect to the flow emerging from the rear diffuser, which needs to be accelerated with the aid of the exhaust gas pipe (the exhaust blown diffuser concept). 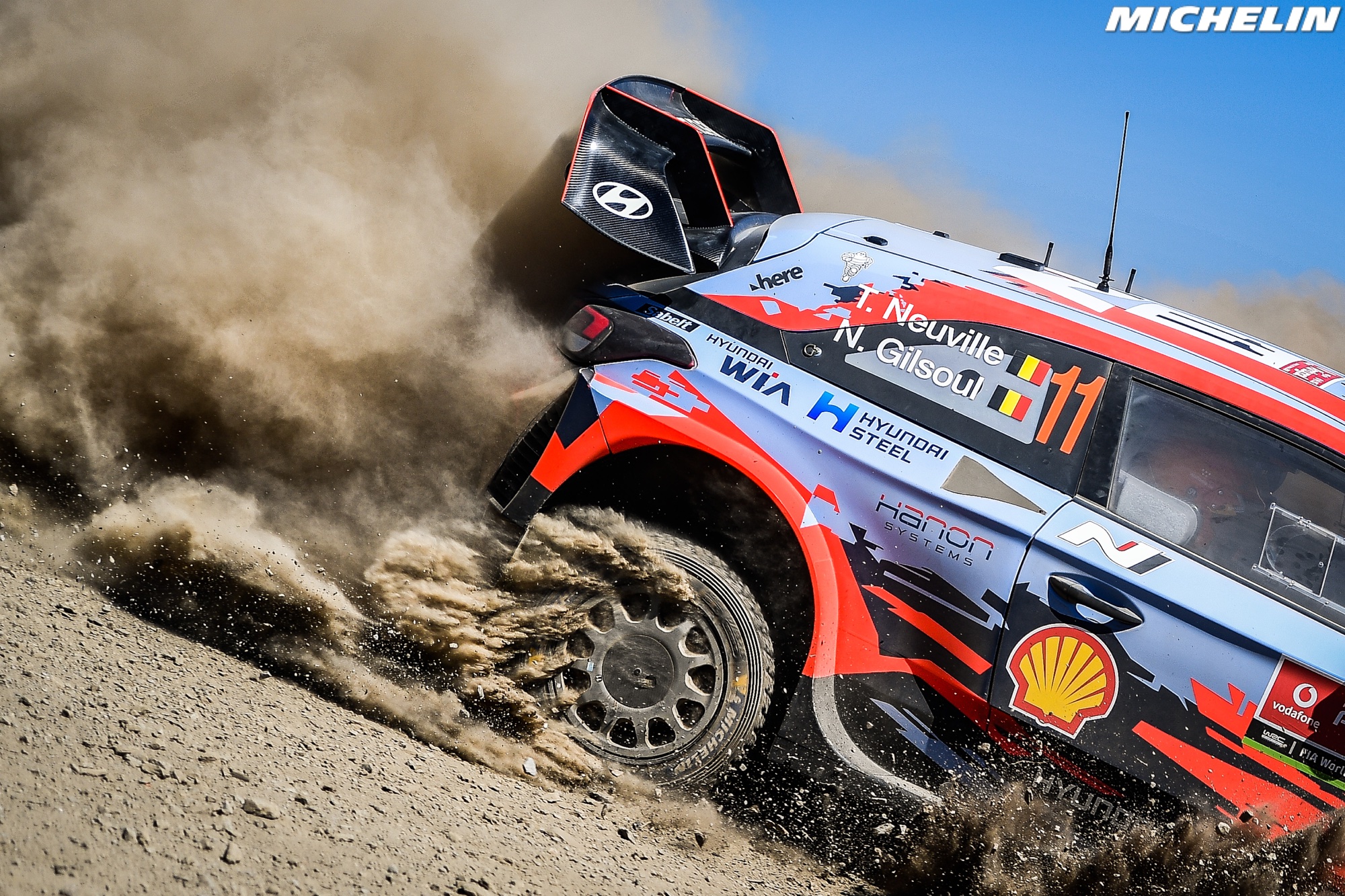 Dust is also really helpful in showing the flow paths at certain locations, such as in the rear brakes. This image proves that not all air from rear brakes is removed through the fender vents. It also shows (such as the previous one) how all teams have introduced covers in the center of the wheel, to hide the presence of the bolts and reduce the (frictional) drag of the wheels. 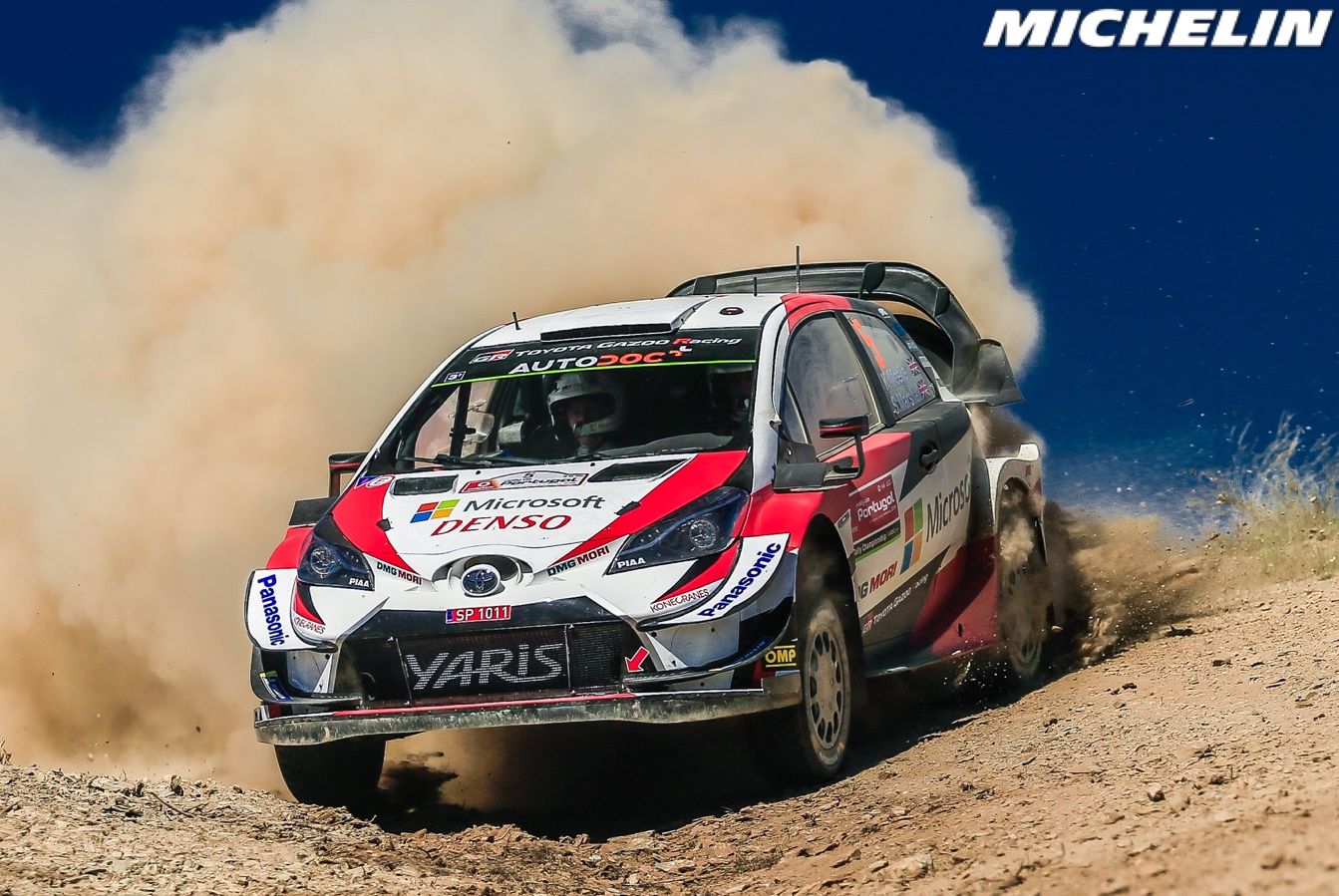 The efficiency of the Yaris rear wheel diffuser can be confirmed from the picture above. The dust exiting the diffuser ahead of the rear wheel is the best demonstration of the diffuser efficiency in sending airflow towards the upper part of the wheel, reducing the drag generated by the impact on the rotating wheel.