During the first week of July, Hyundai developed a series of tests to evaluate some modifications of the front aero package of the i20 Coupé WRC. The tests took place in the area close to Jyväskylä, with Andreas Mikkelsen and Andreas Jaeger as the test driver and codriver on Thursday 4th, Neuville/Gilsoul on Friday 5th and the just arrived couple of Craig Breen and Paul Nagle on Saturday 6th. The goal seemed to be to increase grip at the front axle as well as to improve the aero car balance. 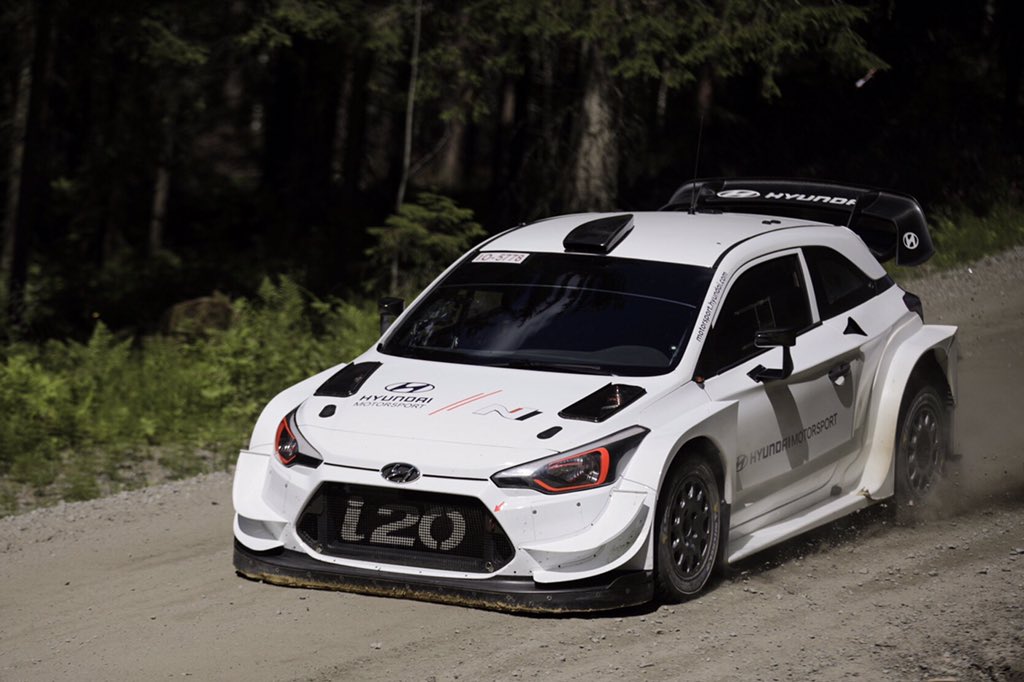 The car included a new design of the front dive planes, with an increase in the size of the existing (upper) plane, the inclusion of a second plane under the existing and the addition of a small vertical strake in the front splitter. Also, the front fenders had been modified. 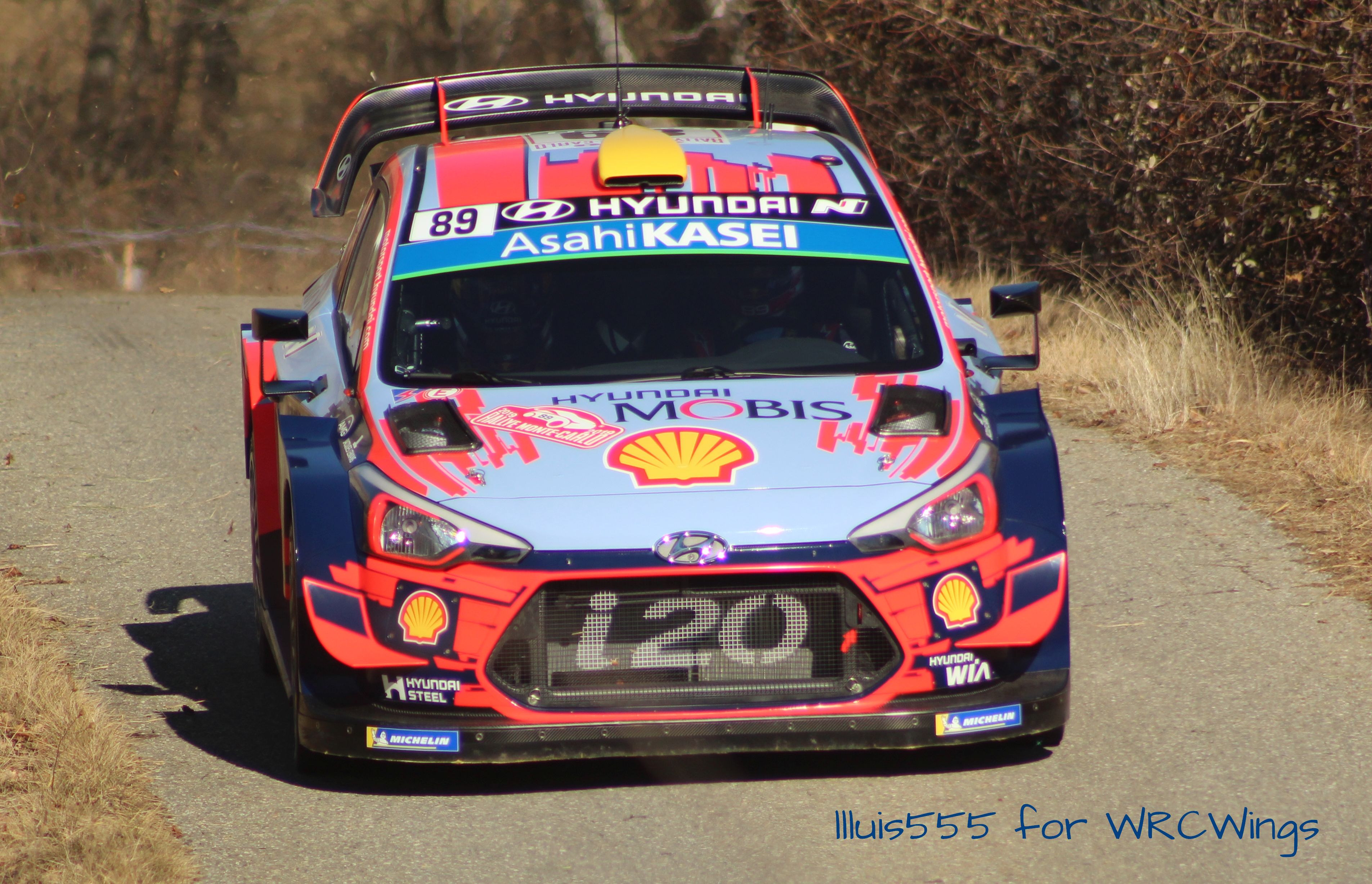 The original dive plane (A in the picture below) was enlarged, while a small lip added in the rear side and in the rear end. Bigger area means higher downforce generation, while the addition of side lips is intended to better channel the air onto the car sides. Note the difference in size with respect to the original, in the picture above. 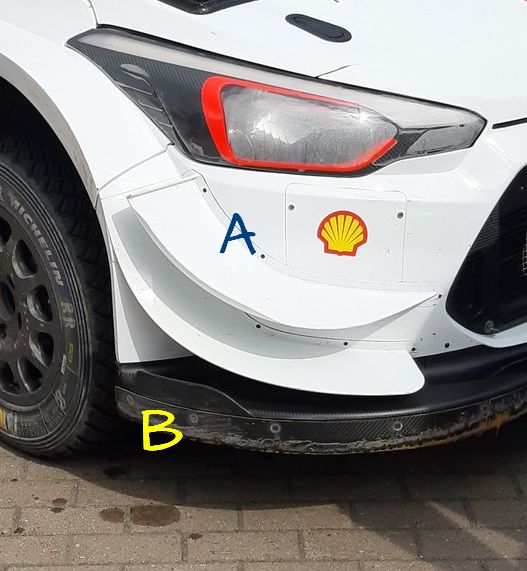 The addition of a second dive plane, under the existing one, also contributes to generate higher downforce at the car front, in order to get more grip, as well as to generate vortices alongside the car.

It is known that the airstream leaving the dive planes generate a row of vortices on the car sides, that act as a barrier for the air trying to enter under the car. The result is a cleaner and faster undercar flow, lower pressure and higher downforce generation.

Also, the second plane is welcome in terms of reliability: losing one dive plane in any impact when you have only one means no grip anymore, while with two, there is still one working.

The new plane is located under the existing one, and the rear end is supported on the front fender, generating a dead end under it. Like in any other current WRC car.

The new dive plane design is very similar to that of the Toyota Yaris WRC since 2018, but with some minor differences: Toyota planes are longer in the frontal (bigger area) especially the lower one, which reaches the air intake area, and they incorporate the side lip all over the external side, while Hyundai has included a lip in the rear end of the top plane. 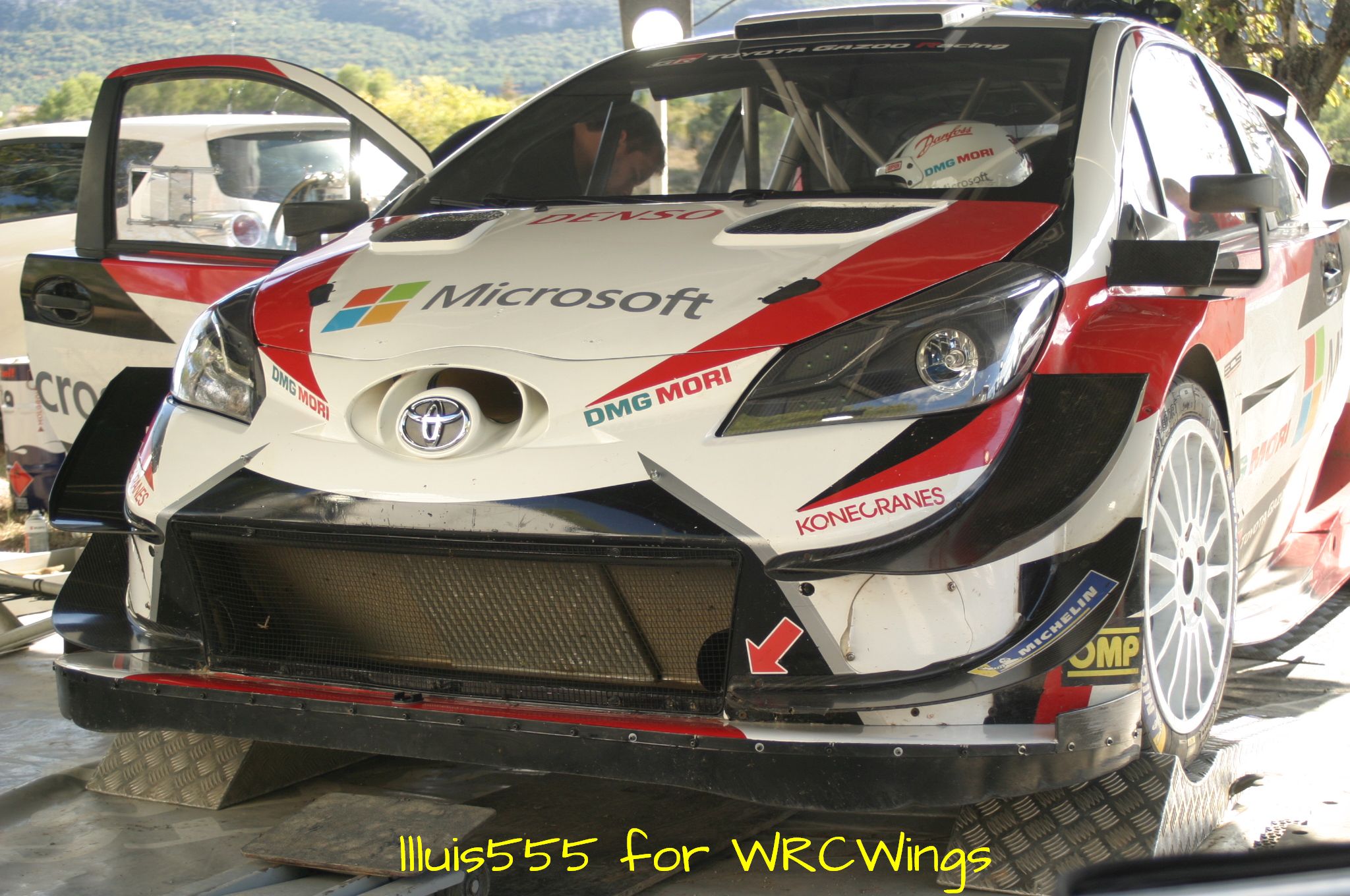 The new solution is similar to the original design included in the i20 in 2017, but with some differences: the rear end of the upper plane does not interact with the front fender as in 2017, and the side lips included then have been removed or significantly reduced in size. 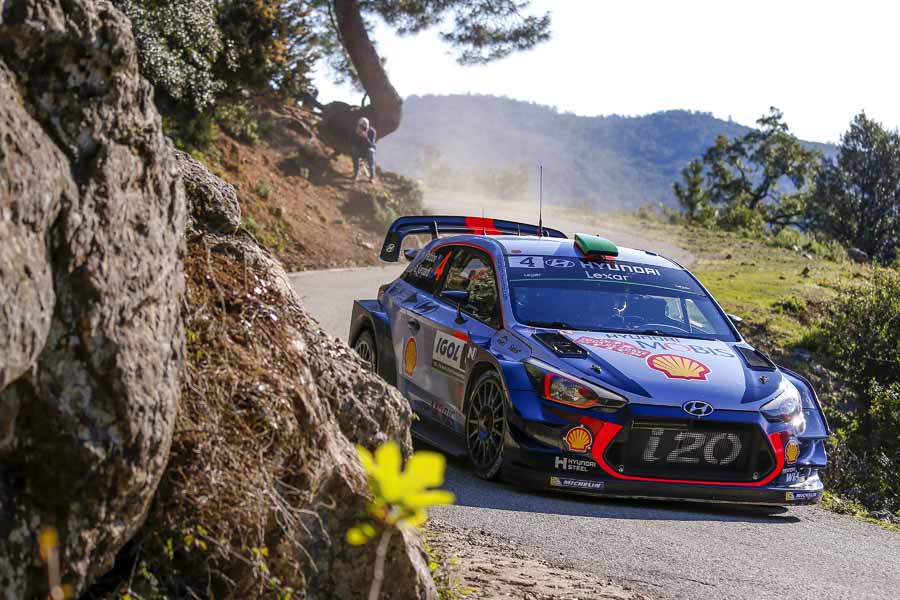 A vertical strake (B) was added on both sides of the front splitter, in order to better channel the airflow under the lower plane, while preventing air to exit laterally. The strake minimizes the interaction of air with the external main flow, which would convert in an energy loss and a drag increase. This solution has also been used by Toyota and Ford since 2017.

The third big modification included is the modification of the front fenders. The side lip was removed, as well as the inverted-wing shaped lip profile, at the top rear end of the fender. 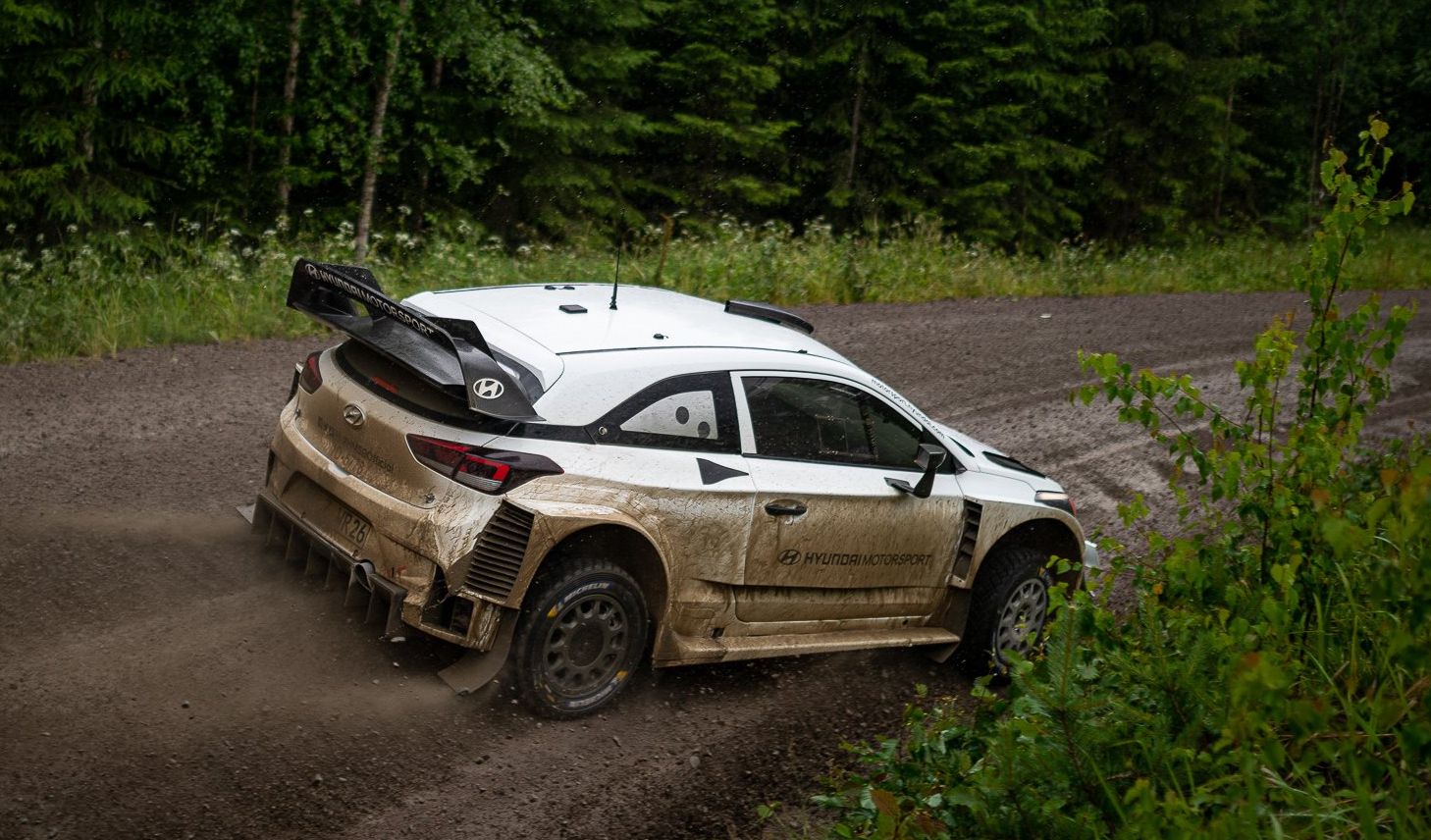 Picture above also shows an increase in the area of air vents in the rear of the front fender. Such area increase would allow removing a higher amount of air from the front wheels, which would translate into a reduction of lift at the front axle, that is, higher grip. The bigger area has allowed giving more separation between the (4) louvres, which means lower pressure drop or more air to be removed. 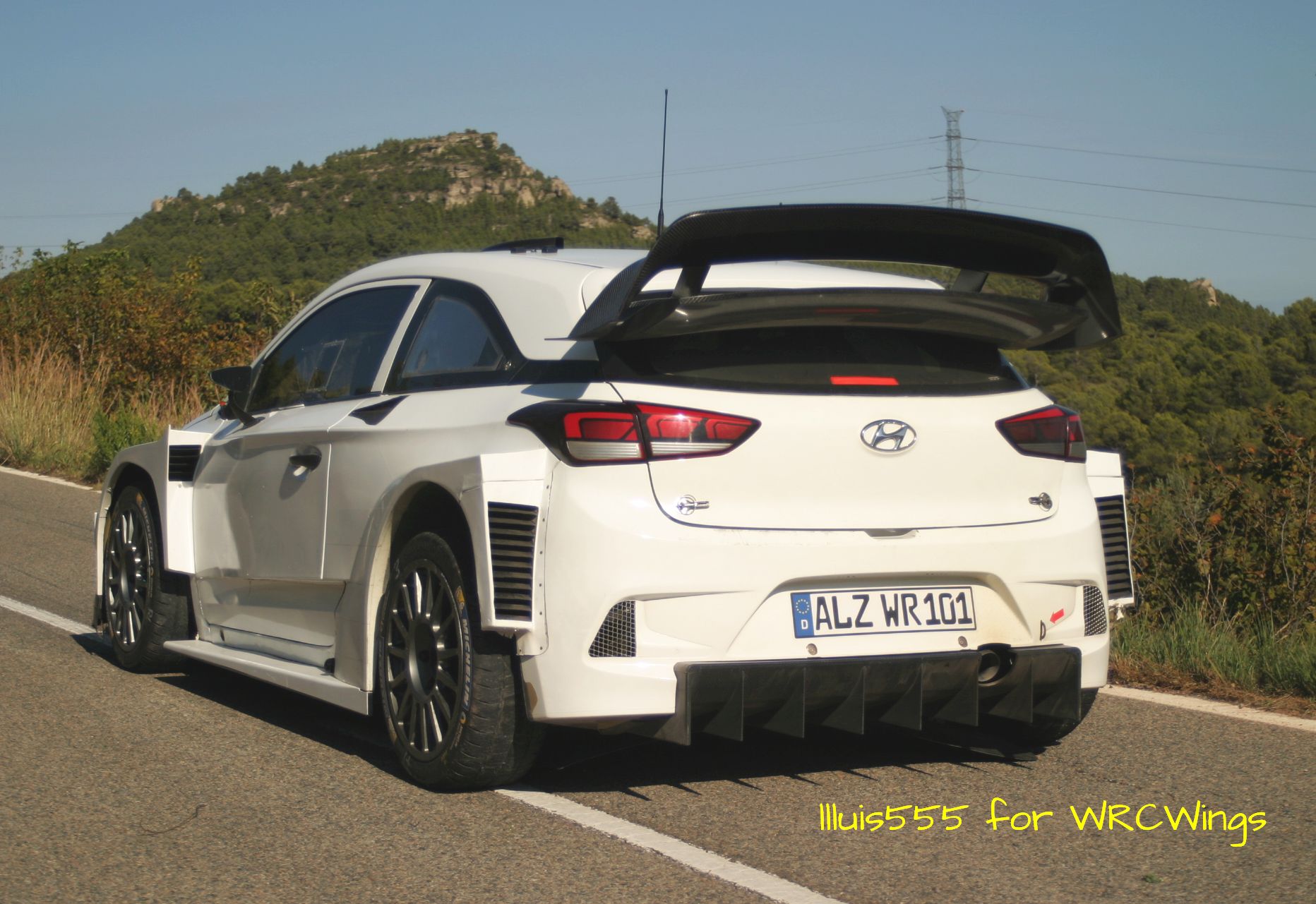 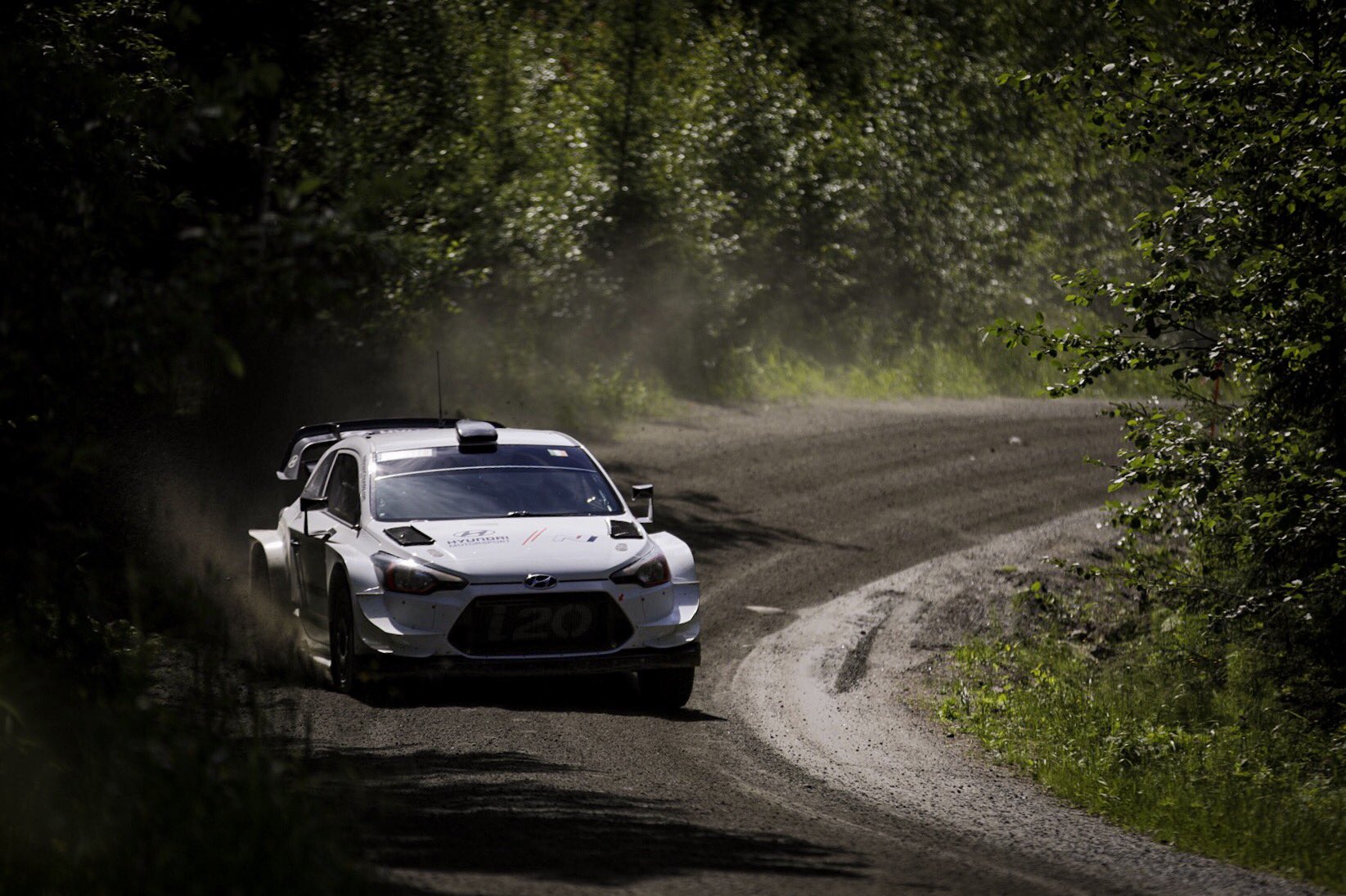 First rally test has taken place in the Rally Estonia last weekend, with Mikkelsen at the wheel of a i20 Coupé WRC with the new aero package. Thier participation gave the team the chance of developing tweo-day test free of charge, as these days are not included inside the test days limit set by FIA(42 days for 2019), of which the team would have spent up to 23 to date, according to our figures, plus several days more with Huttunen in June, also in Finland and also free of charge (as he has not driven the car in any event of the 2018 or 2019 seasons).

The Norwegian duo finished second in Estonia, only behind Tänak/Jarveojä, while testing the new aero package and setting for the coming Rally of Finland. 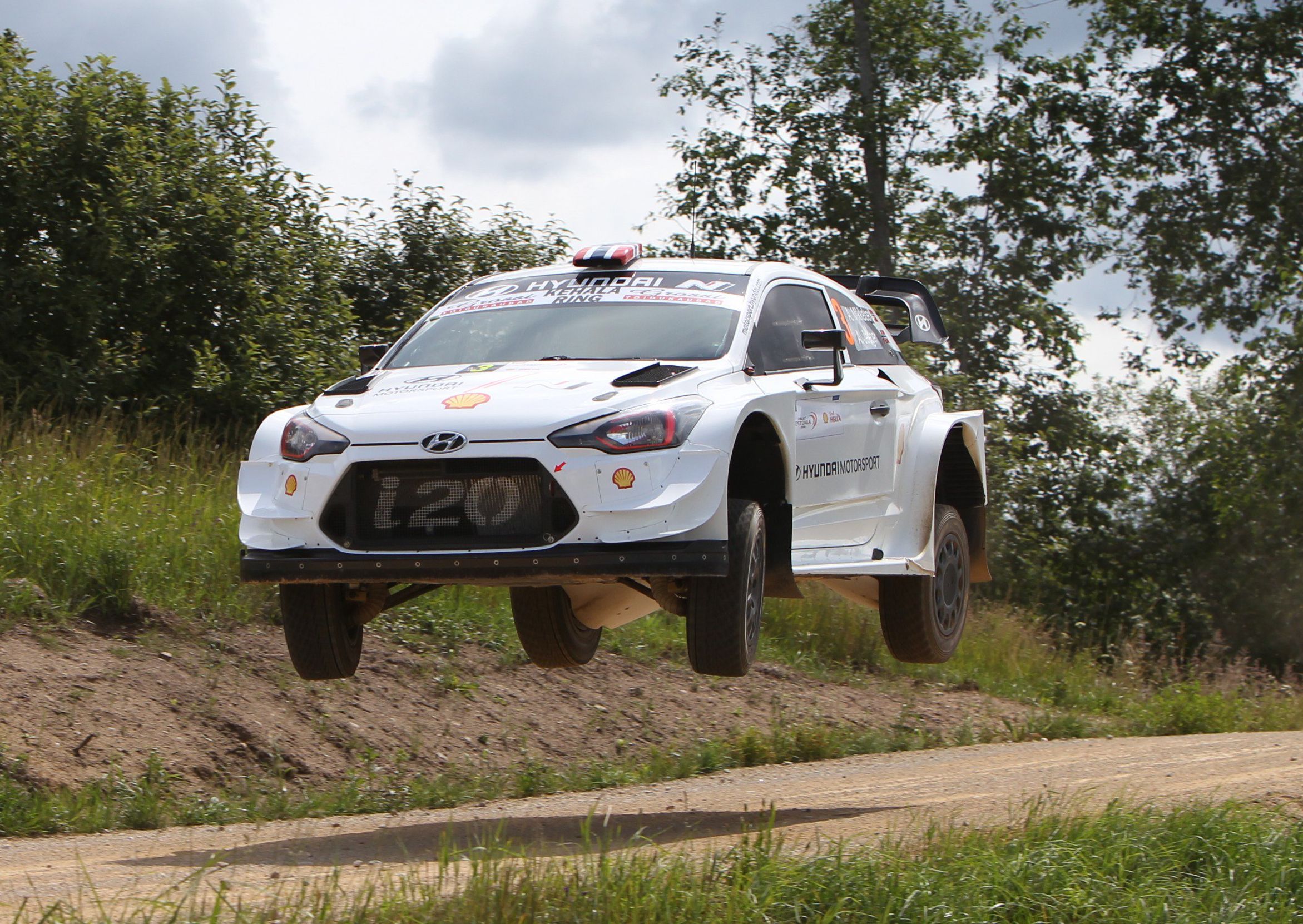