The recent controversy on WRC rear wings that arose after Rally Finland might already have generated the first consequences, and before it was expected. From the first images arrived from the service park in Bostalsee Lake, served by Quentin (@El_Risson), it could be inferred that Toyota would be considering to modify the rear wing, by reducing the rear overhang. 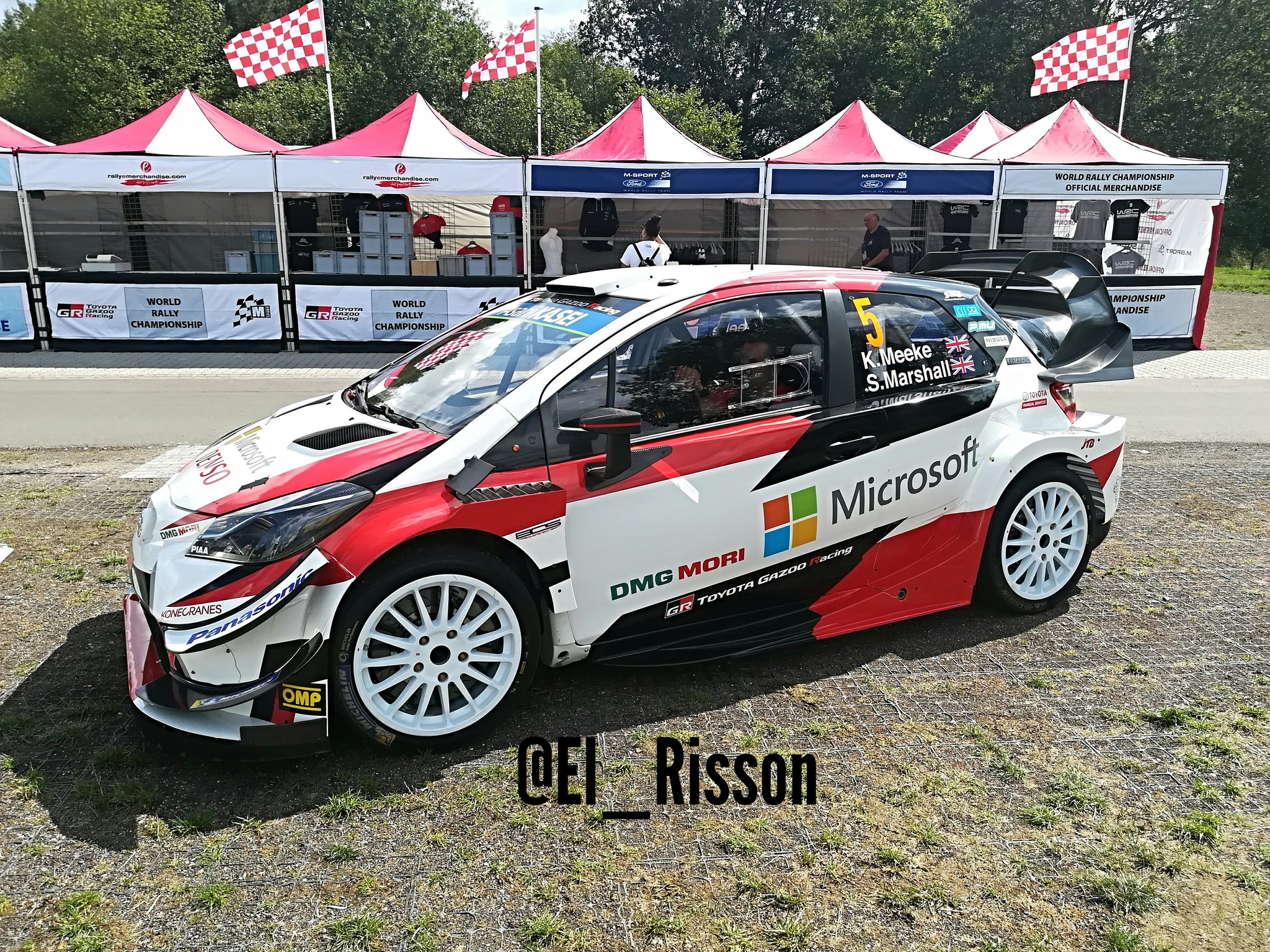 The solution under study, as pictures may indicate, would be to move the rear wing ahead, to reduce the overhang to the dimensions allowed by regulations (that is, a reduction of 30 mm, according to the news following the recent controversy on rear wings in Rally Finland). To achieve that, Toyota would have done a cut on the lower plate of the rear wing, as shown in the picture below (which has never seen before). 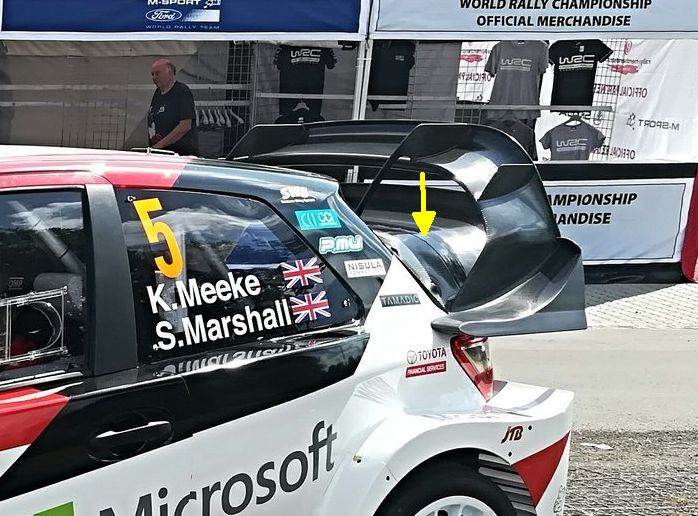 As a result, the rear wing would be repositioned some centimeters ahead. 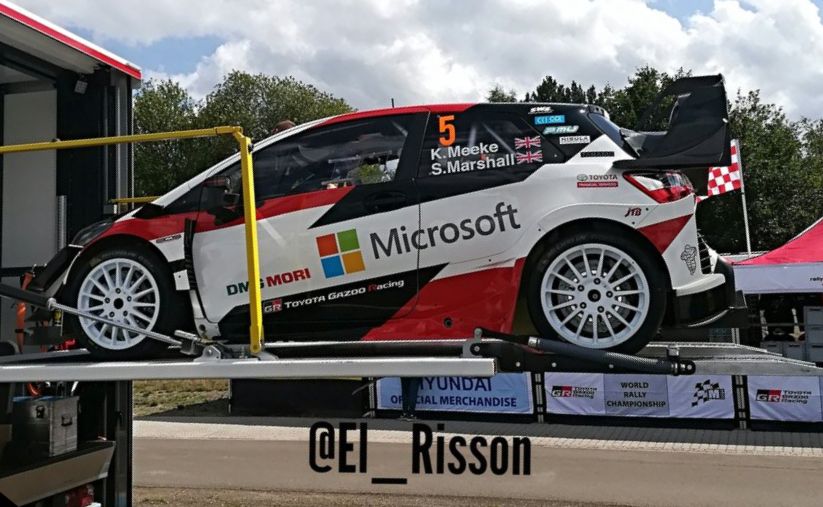 The confirmation of such modification would come from the above picture, as well as from its comparison with an image of the Yaris WRC from 2018. The pictures below show that the front extreme of the side wing would have been moved ahead, with respect to both the rear lights and the rear wing lower plate. 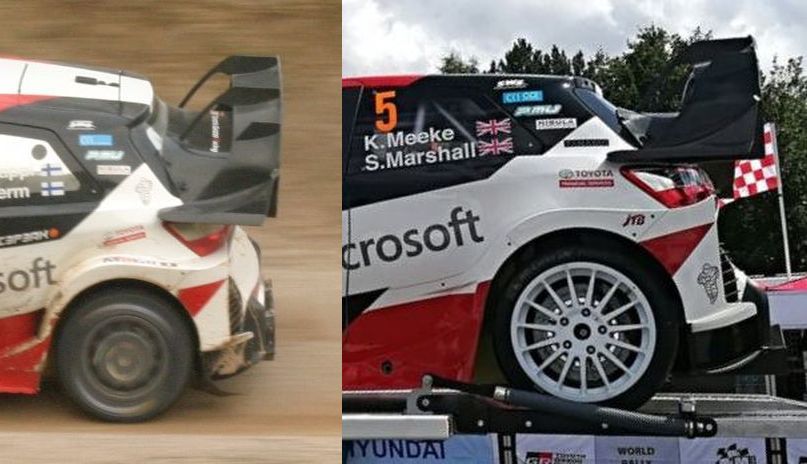 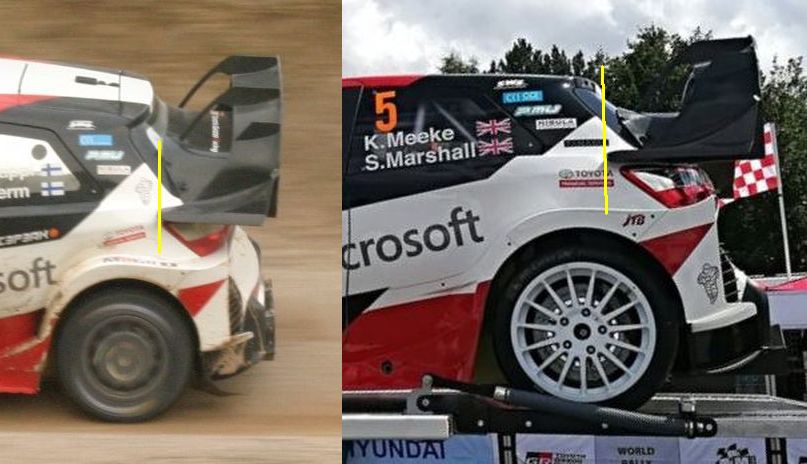 It would be a smart solution in case the problem was an extra overhang of the rear wing. And it would be the first modification Toyota introduces into his rear wing since it was introduced in Rallye Monte Carlo 2017.

The images show that the length of the rear wing (lower plate) would have been shortened. This means that the area of the lower plate is smaller.

However, the Rally Deutschland 2018 was one of the fastest events of the last season: the third in terms of average speed, and the fastest between the tarmac events. This means that aerodynamics are really significant in German stages.

The confirmation of the potential impact of this solution would only arrive if Toyota decided to implement such solution for Rally Deutschland next weekend, in one or all of the four cars to take part from the Japanese manufacturer. We will have to wait until next Thursday to confirm if it is finally used. Also, when more pictures will be available.