First images from Marmaris service park confirm that Toyota has introduced some significant modifications to the rear wing of the Yaris WRC, that will start Rally Turkey tomorrow.

Images show a modified rear wing, smaller in size and with some significant changes. It is probably the rear wing the team recently tested in the stages close to their Finland headquarters on August 29th, with Jarkko Nikara at the wheel. This new wing is probably the final consequence of the controversy generated after some meetings and discussions between the teams and FIA that took place during Rally Finland. The controversy started when one of the teams working on their new rear wing (presumably Citroën) identified that there were significant differences between regulations, homologation forms and actual rear wings in one or more of the teams. And all eyes turned to Toyota.

Although FIA Rally Director accepted it was a FIA mistake, and all teams were inside legality, the Japanese team, Finland based, already introduced in Rally Germany a modified rear wing. It was the same original rear wing, which had been relocated to a more advanced position (as we already explained in a previous post), presumably to match the overhang requirements versus road car rear bumper, which they were supposed to extra limit by 30 mm (according to the different news published after Rally Finland). Tommi Mäkinen, Toyota Gazoo Racing WRC Team principal admitted then that the rear wing used in Germany was a temporary solution, implemented in the short time available between events, and that would be replaced by a new design in Turkey.

The new rear wing seen in Marmaris service park is based on the original design, used since January 2017, but it includes some significative differences. According to British magazine Autosport, it has already been homologated, so they can use it since Turkey.

The first modification is the change in the shape of the upper plate, which is now flat in all the space between the vertical fins, while in the original design the flat portion was smaller. From the rear, it is very similar to the upper plate of the Fiesta WRC. 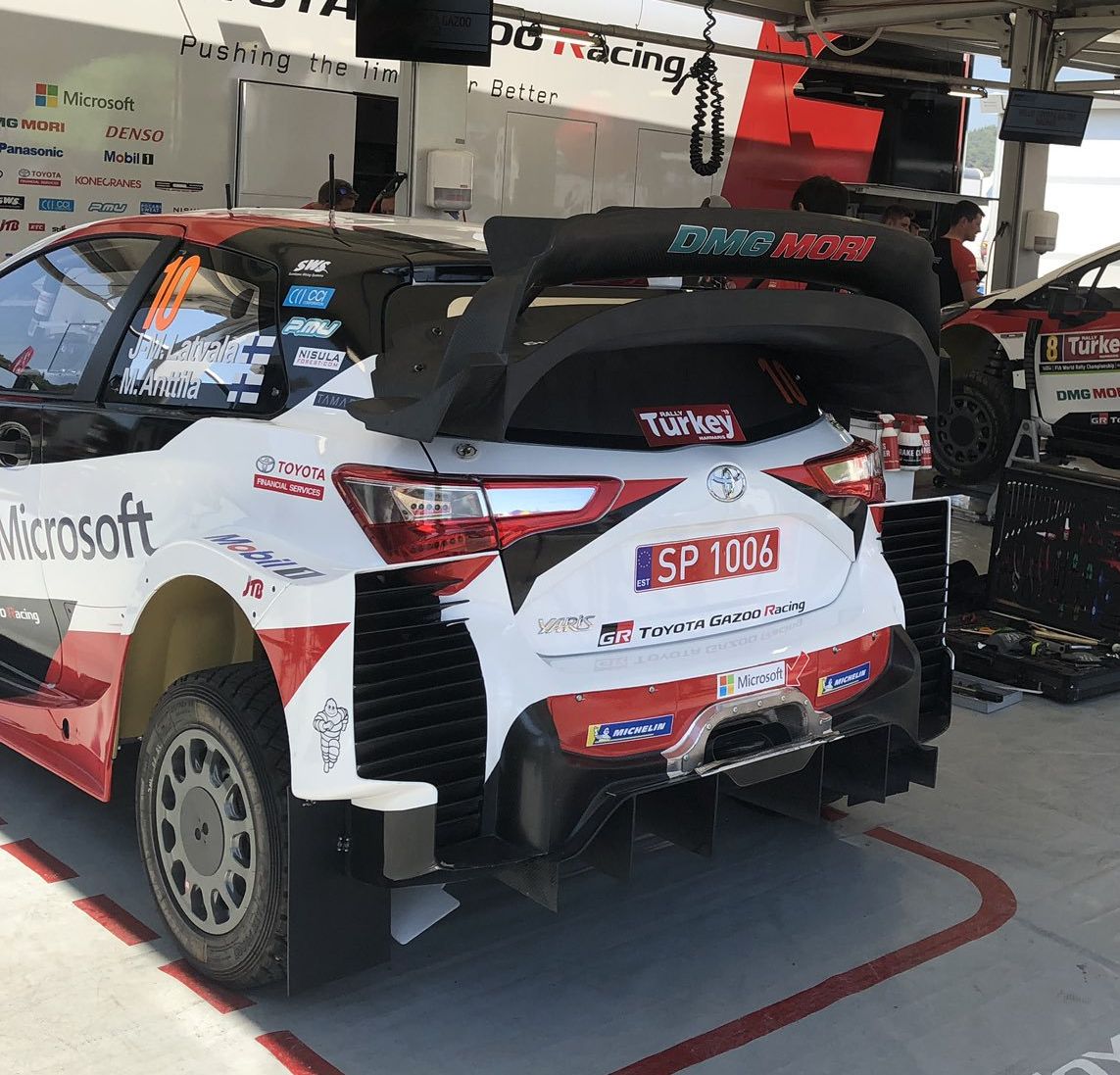 Due to the different shape of the upper wing, the endplates are now more vertical. Also, the vertical fins are now located at the same height than the supports. And the lower plate has also been modified: although still rounded on both sides, the angle has been softened.

The second significant modification affects the winglets located at both sides of the rear wing. The rear portion is now smaller, and the side endplate is shorter. Consequently, the side area of this winglet has been reduced. Also, the length of the winglet has been shortened. 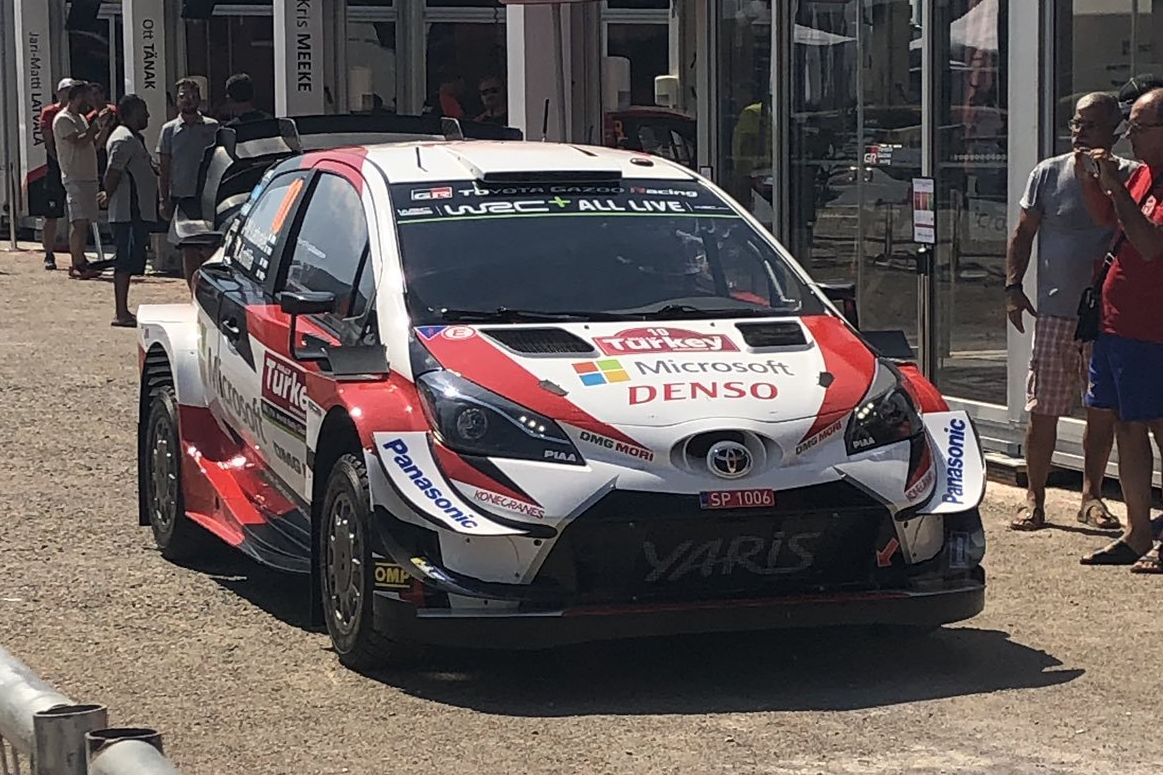 The impact of these modifications in the car performance is significative: the wing will generate now higher downforce in the straights, thanks to a higher area of the upper plate, but lower downforce when cornering, due to the vertical endplates in both the main wing and the small winglets, as well as by the reduction of side area of these appendices.

Drag may also be impacted by these modifications: the flatter plate can generate higher drag, due to the increase in frontal area, while the reduction of the vertical rear portion of the winglets can contribute to compensate such increase, due to the area reduction.

The third main change is the reduction in the total height of the rear wing system: note that the new one baseline is located at the height of the base of the rear windscreen, while the original descended a few centimeters more, right until above the rear lights. Such size reduction means less drag (due to the reduction in frontal area) but a significant reduction in downforce generation, due to the smaller wing total surface. Also because the side winglet, now located at a higher position, receives a smaller flow of air from the flat platform on both sides of the car (below side windows), making it less effective. The comparative with the previous versions of the wing (pictures below) show clearly the differences. 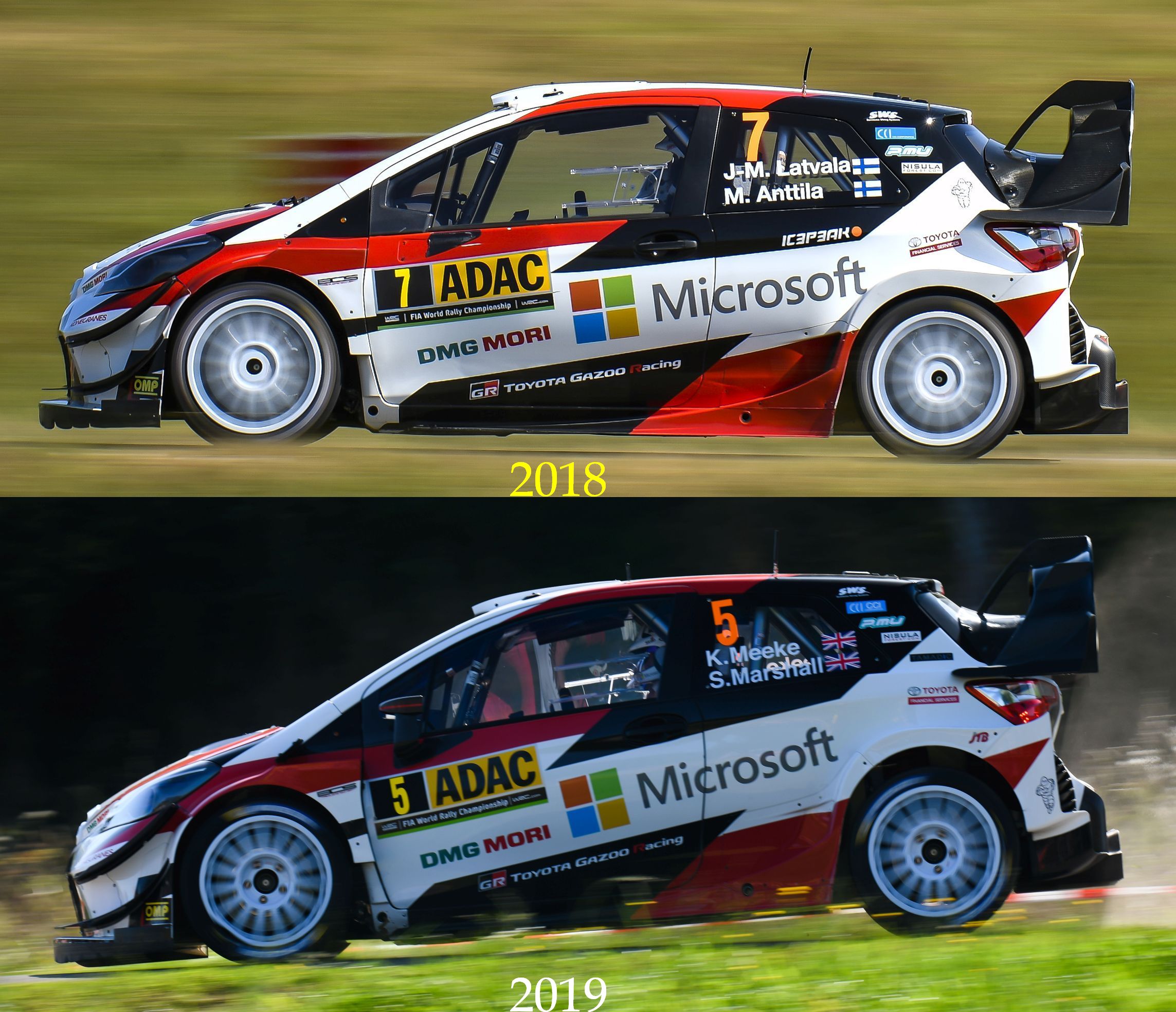 Note that the new wing matches exactly the shape of the Yaris roof. And that they will use again the new rear brake air intakes, such as in Germany.

Note that the supports of the new wing are now inserted on the upper edge, close to the windscreen, while in the original wing they were located some centimeters apart from the edge.

Comparative with respect to the original clearly shows the change in size. The side lip of the side wing has disappeared, and the length of the wing is also significantly smaller. Also the overhang has been reduced, as well as the width of the endplate base,

Additional modification is the size of the two vertical fins, which are bigger now, and more prominent, to compensate the loss in downforce when cornering, due to the modification of the endplates (now more vertical).

Picture below shows a coparative of the original and the new rear wing, with the main areas modified in yellow circles on the original wing. 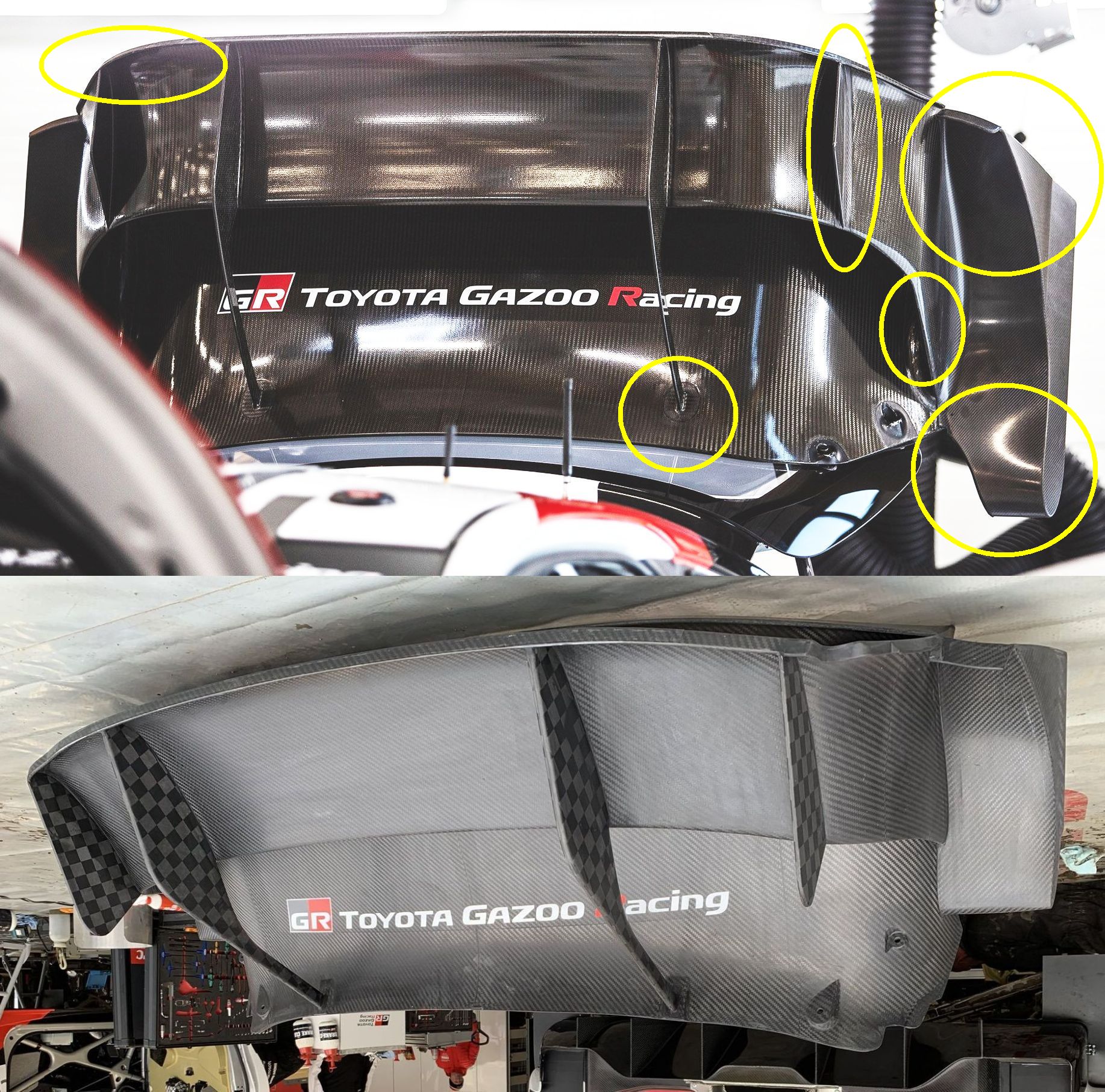 In summary, the impact of the modifications in the Yaris WRC is much more significative than those included in Germany, and they could have a certain impact on car performance. The chrono will confirm how big the impact can be, most probably since Wales Rally GB, as Turkish stages are really slow and aerodynamics do not play an important role there. 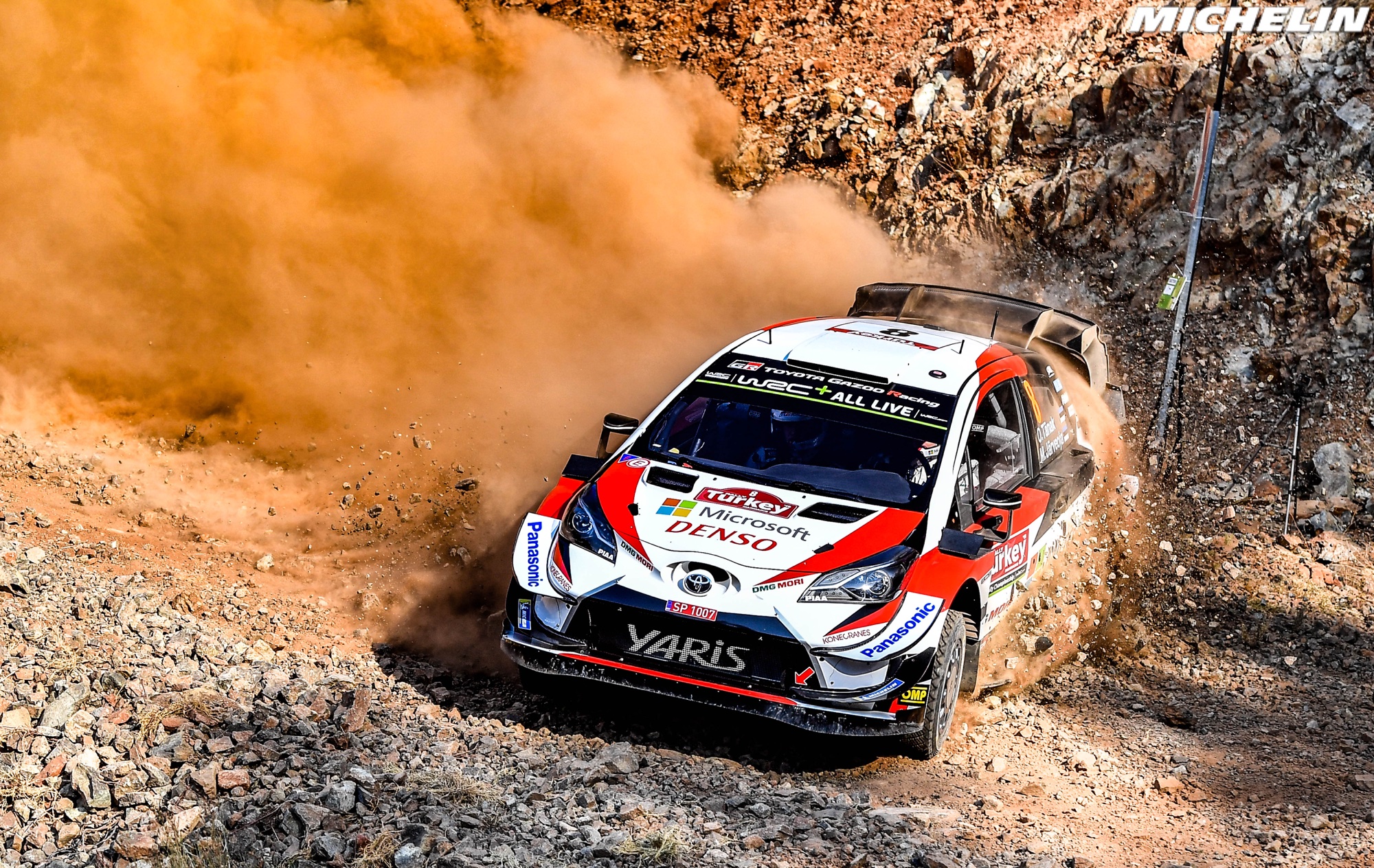