It is widely accepted that the higher the speed, the higher the role aero plays in its performance. Based on that, the results of the fastest stages should be interesting to analyze, in order to determine whether they have any relationship with the quality of the aero balance of the WRC cars. So, why don’t we take a look at them?

The starting point is the result of all special stages developed in the last 12 months, from Rally Turkey 2018 to Rally Deutschland 2019. During a 12 month period, we can ensure that all type of surfaces and events are included. The results are all included in the table below.

Table 1. Stage wins by car and surface, in the period between Rally Turkey 2018 and Rally Deutschland 2019.

During the last 12 months, the Toyota Yaris WRC has been the top performer team in the special stages, as they have won 131 of the 268 stages that were run. Their win percentage is also the highest, even when a correction is applied to normalize the number of cars included in each event. The reason behind such normalization is that teams as Citroën aligns only two cars, Toyota and Hyundai three cars per event, and Ford two or three, depending on the event. So, the corrected percentage eliminates this factor, in order to allow a fair comparison. These results will be used for comparative purposes all over the post, as a reference.

Some other interesting conclusions can already be drawn from table 1, apart from Toyota leadership in this field:

Do these results are similar when considering only the fastest stages, where aero is supposed to play a more important role? The answer can be found in table 2. We consider the fastest stages those where the average speed is higher than 110 km/h. It is true that average speed should be accompanied by other factors (basically the number of fast and slow corners, long straights,…) but this information is not easily available, so we depend on average speed.

During the period considered, there were 64 special stages with such average speed (>110 km/h), with the Rally Finland 2019 SS10 (Äänekoski 2) as the top of the fastest stages. There, Kris Meeke and Seb Marshall together with Jari Matti Latvala and Mikka Anttila were able to drive their Toyota Yaris WRC at an average of 131,8 km/h.

Table 2. Stage wins by car and surface, in the fastest stages (average speed >110 km/h) from the period between Rally Turkey 2018 and Rally Deutschland 2019.

Some interesting details can be noted in table 2:

Do these results by itself can give us some indication about the aerodynamic quality of the cars? It is true that, to reach such high average speeds, a good aero balance is required. Results confirm then that the aero balance of the Yaris is really good. 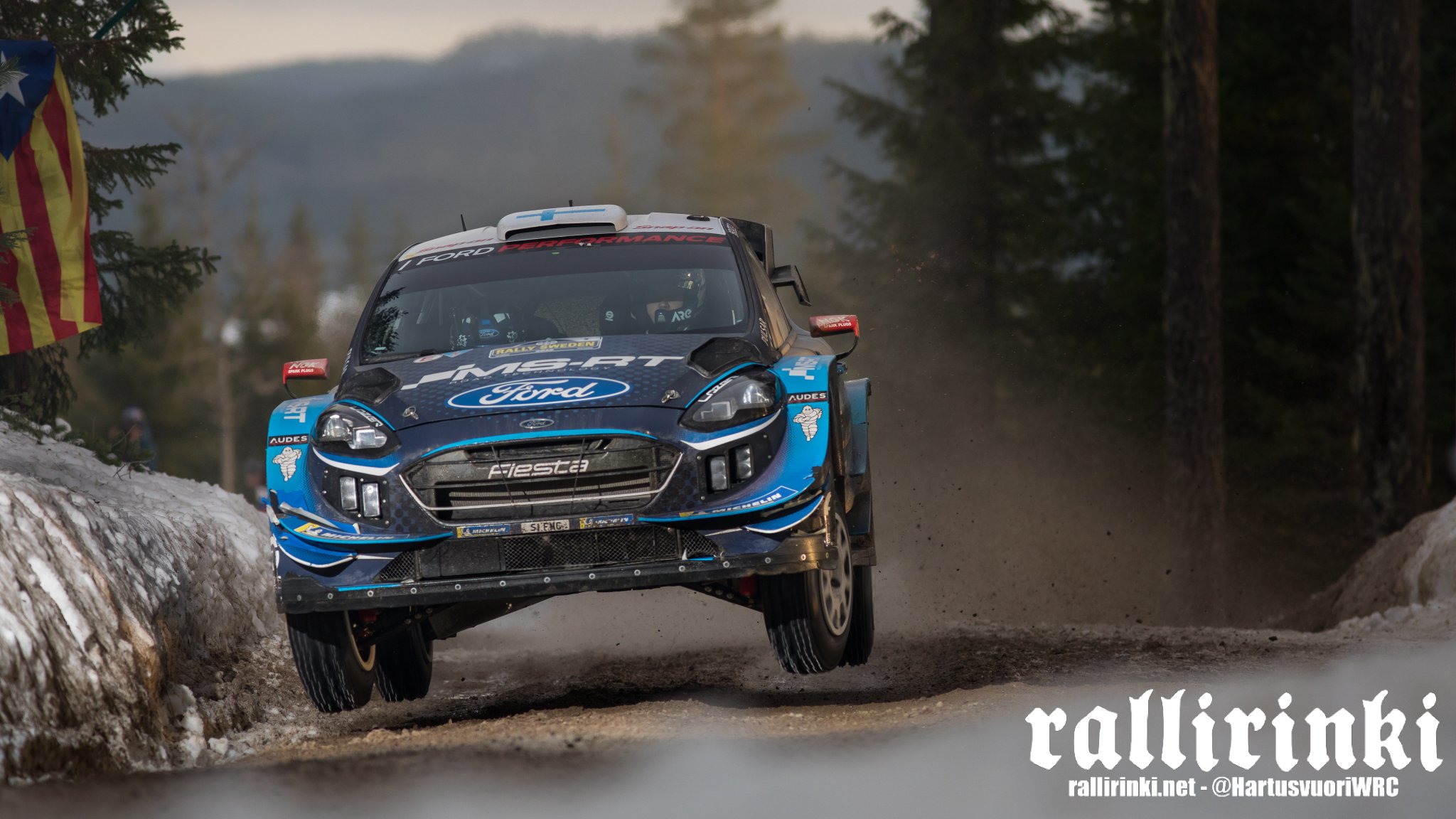 According to the results, Ford aero balance has to be also remarkable, as shown by the results they obtained in the fast snowy stages of Rally Sweden 2019.

On the contrary, the fact that Hyundai results at high-speed stages are far below from the 12 months average, is not necessarily due to a poor aero balance. There are many other reasons that could justify this.

In addition, it is worth to remember that Hyundai made some modifications in their frontal aero package before Rally Finland. A review of their results before and after such modifications can help to determine whether their performance has improved or not. 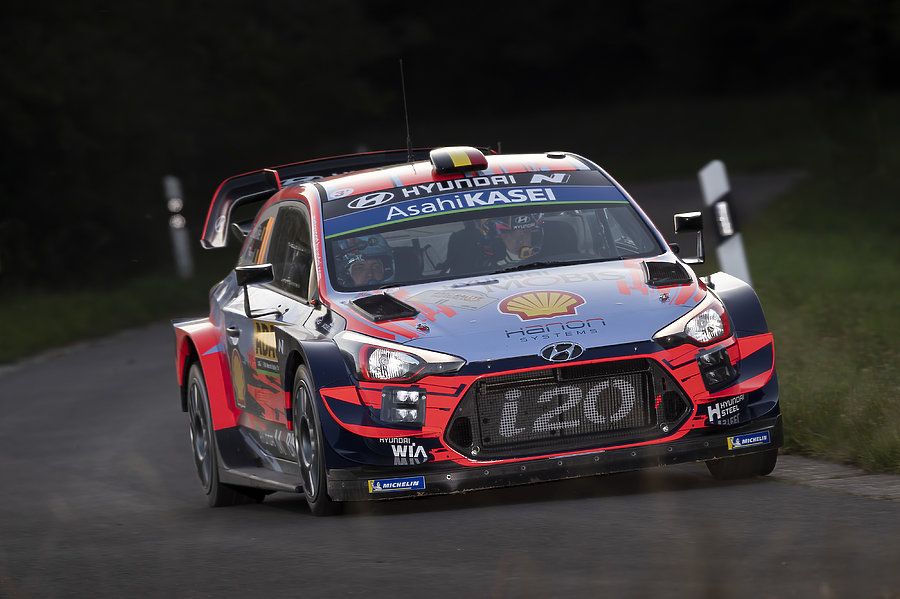 A more detailed analysis of Hyundai results (table 3) seems to confirm the benefits of the new front aero package: of the four stage wins obtained by Hyundai in this period in the fastest stages, only 1 stage win was obtained with the old aero configuration (SS15 Rally Chile 2019, by Seb Loeb/Daniel Elena) while the other three were obtained by Andreas Mikkelsen and Andrea Jaeger in Rally Finland 2019. And a further confirmation comes from the fact that Hyundai did not obtain any stage win in the 2018 edition of the Finnish rally, against 3 in the current year edition.

So the only conclusion we can draw for Hyundai is that the new aero package has contributed to improving the car performance, while still other factors (not necessarily aero) prevent them from performing better at the fastest stages.

The Hyundai low percentage of wins at fast stages means that they have to compensate it at lower speeds, as they are the second best team according to the 12 months average results (table 1). Where do they balance this situation? Table 4 has the answer.

Table 4. Stage wins by car, surface and average speed from the period between Rally Turkey 2018 and Rally Deutschland 2019.

Table 4 shows how Hyundai performs almost as well as Toyota in the medium speed stages (90-110 km/h) on tarmac, and even better than the Toyotas in the low speed gravel stages (<90 km/h). These results contribute to place Hyundai as the second best performer in the average results of the period evaluated. 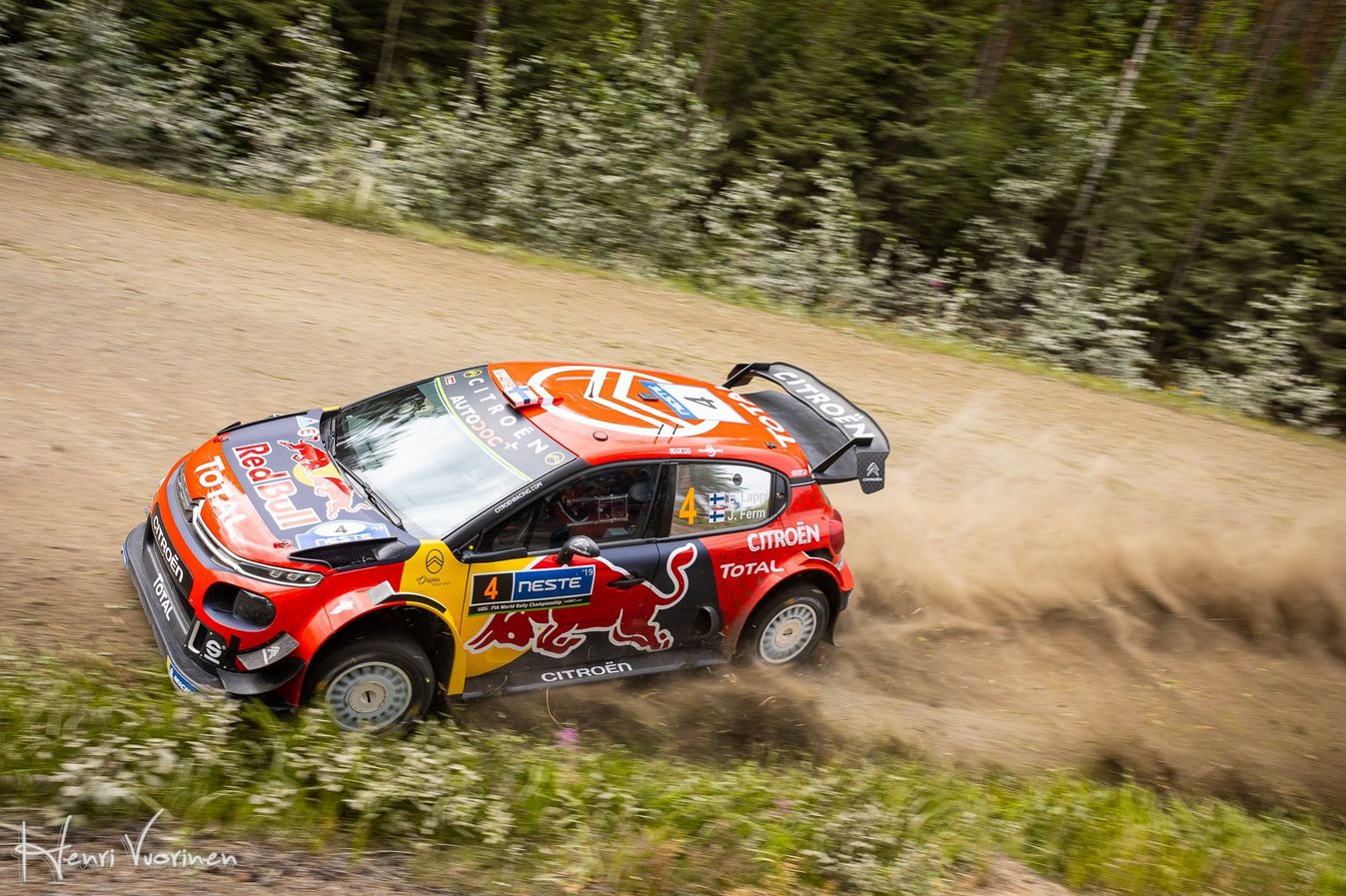 What is the relationship between these results and aero performance? At medium and low average speed stages is difficult to establish. At these speeds, the role of the aero is less important than at higher speeds, while many other factors play an increasingly significative role. The only way to establish clear trends is by having all the info at hand, something that is only available to teams. So, if any of these results can be helpful for any of the teams, we will be more than satisfied.

In summary, the main conclusions drawn from our analysis are:

Finally, the answer to the question in the title of the post remains open: good results at the fast speed stages surely require a good aero balance, while at medium and low speeds the relationship is difficult to establish with the information available. In any case, the results show the behaviour of the cars at different speeds and surfaces, which is always interesting.