The 2019 edition of the Rally Catalunya, the last on mixed surface, has been at the height of the best expectations: high competitivity, tight results and emotion till the very last kilometer. Only the problems suffered by the team Citroën has brought a small shadow on such a sunny event, where the Estonian duo Ott Tänak and Martin Jarveojä were able to break the French supremacy in the Championship by crowning themselves as World Champions, to the joy of a great number of fans from everywhere. 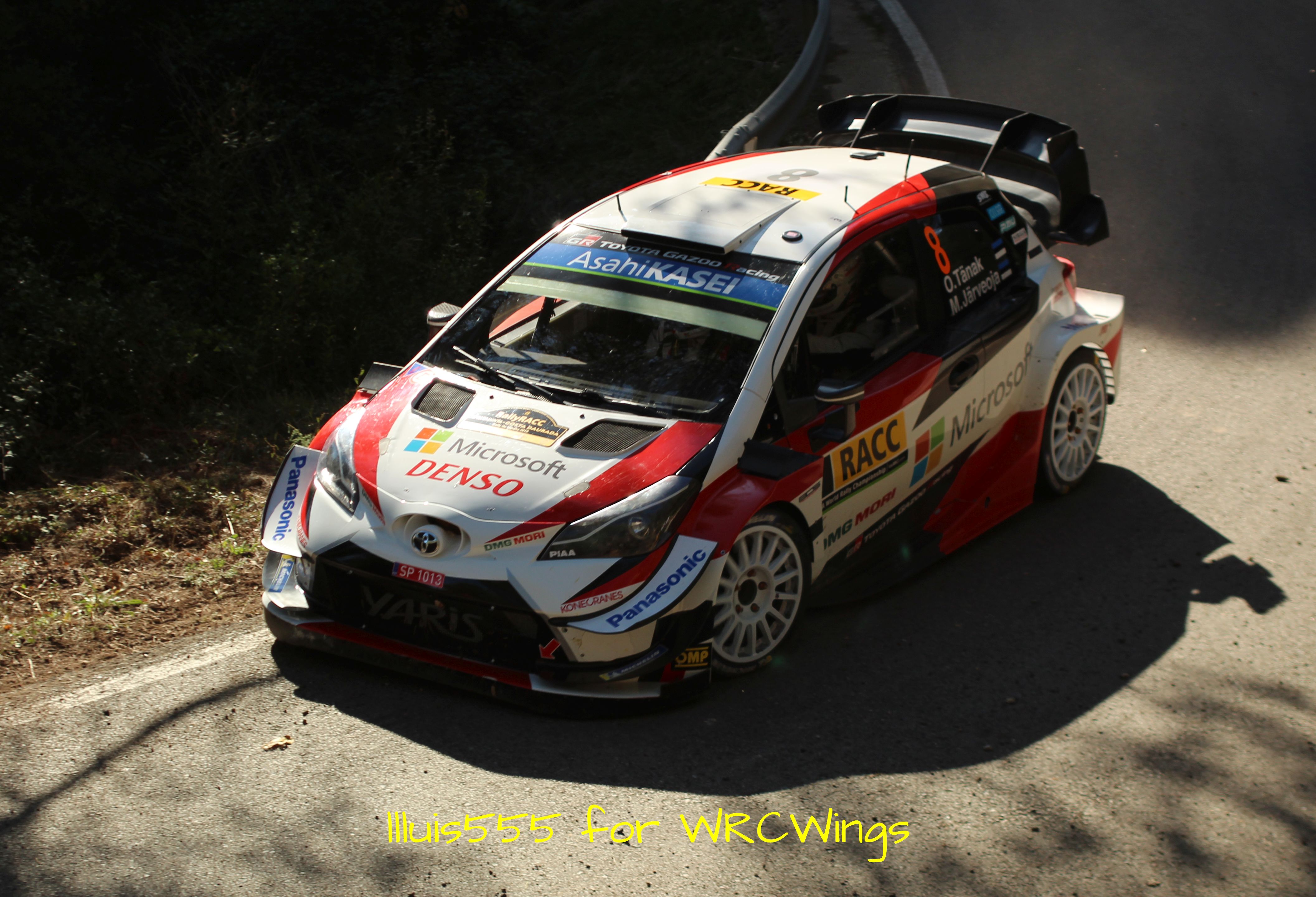 But the results during the event have also given some clues about the evolution of the WRC cars in these final and decisive events, with still the oldest title (Manufacturers) in contention, so it is worth to review how teams performed and how they will arrive at the final event in Australia.

As a mixed surface event requires, we will split our analysis into two parts, corresponding to the gravel and tarmac stages, respectively.

Friday stages reported surprising domination of the Hyundai cars, who set the fastest time in five out of six stages. Only Ogier/Ingrassia were able to obtain one win for his team (the only one in the whole event) before steering problems definitively separated them from any hope of win or any further chance in the Driver’s title chase. 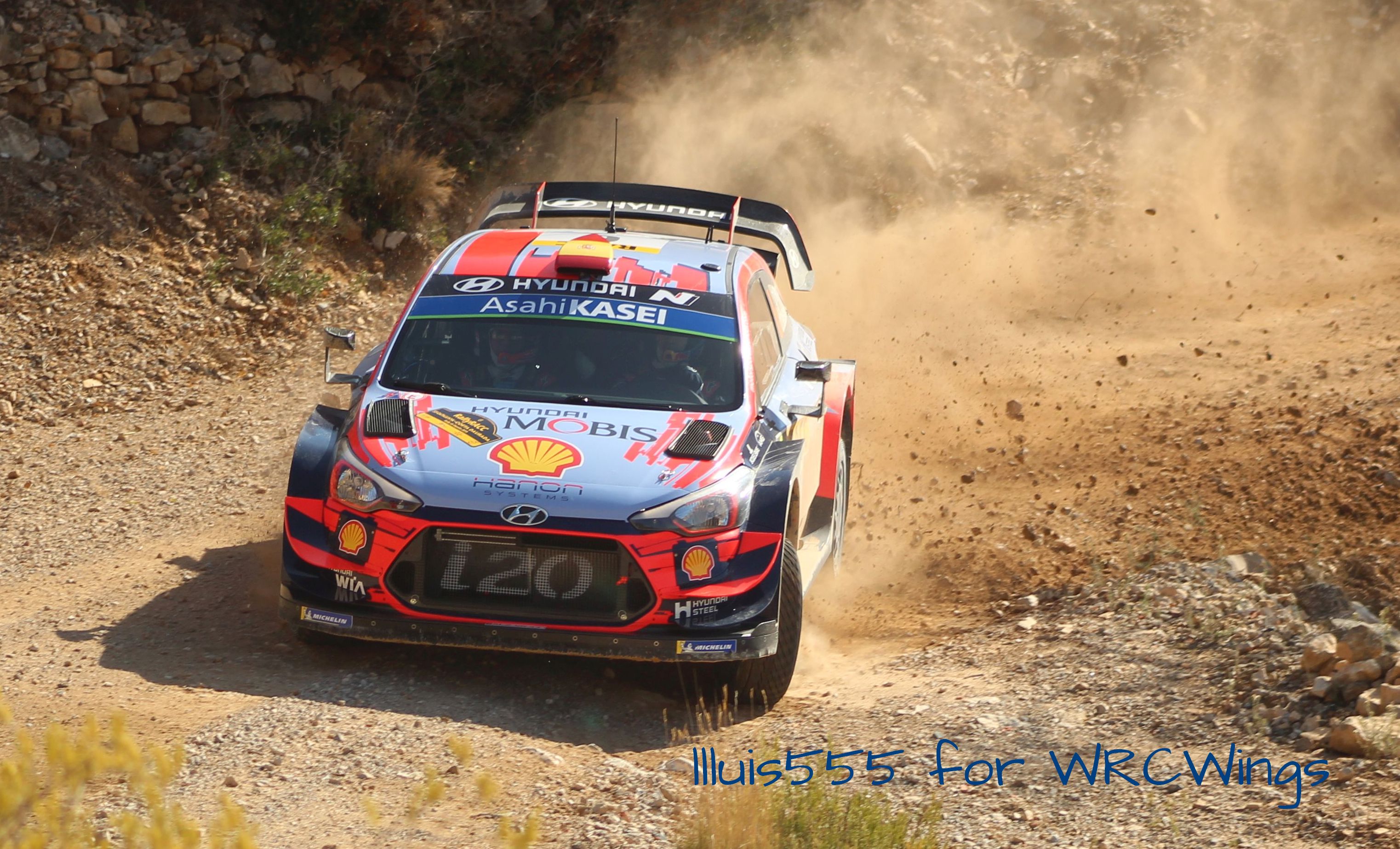 The dominance of the Korean cars is especially relevant as it took place in three different stages, from the slow 88/90 km/h average of the longest (La Fatarella-Vilalba), to the fast 111/114 km/h of Horta-Bot. This is a real improvement over their previous performance in the season, as we stated in a previous post. Before Rally Catalunya, Hyundai had only won 4 out of the 40 gravel stages with an average speed over 110 km/h, while in this event, they were able to win in the two passes over Horta-Bot! A good confirmation that the new aero front package introduced in Finland is really performing well, and promising performance in view of the decisive Rally Australia, where they will face even faster gravel stages. 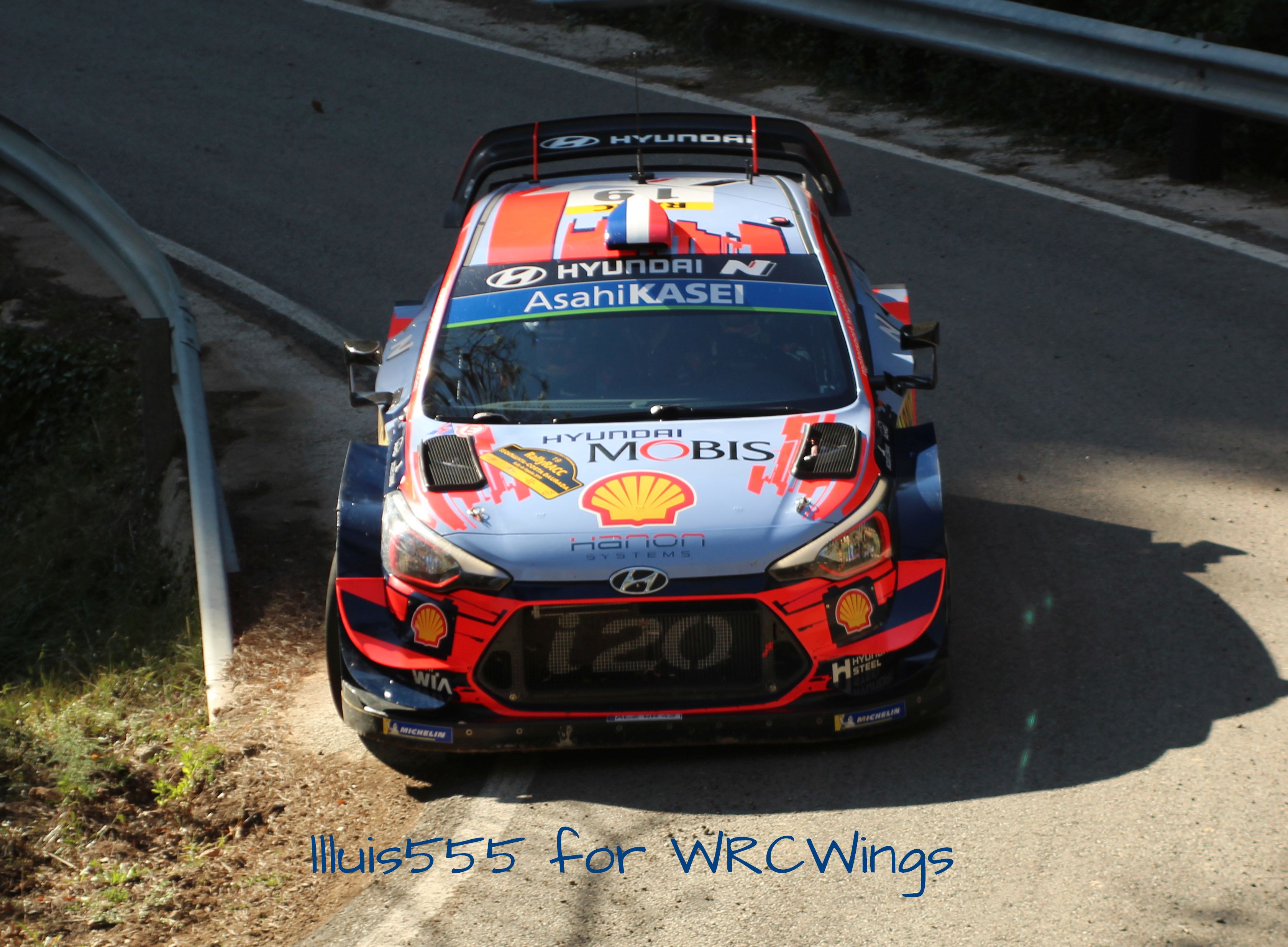 Excellent performance of the Hyundai cars continued on (tarmac) Saturday and Sunday stages, as they were able to win in six of the eleven stages, while the Toyota Yaris WRC of Tänak/Jarveojä won in the other five. Again, this is an improvement versus previous events, as Hyundai had won only 2 out of 9 stages with an average speed above 110 km/h, while in the Catalan event they got three, out of eight. 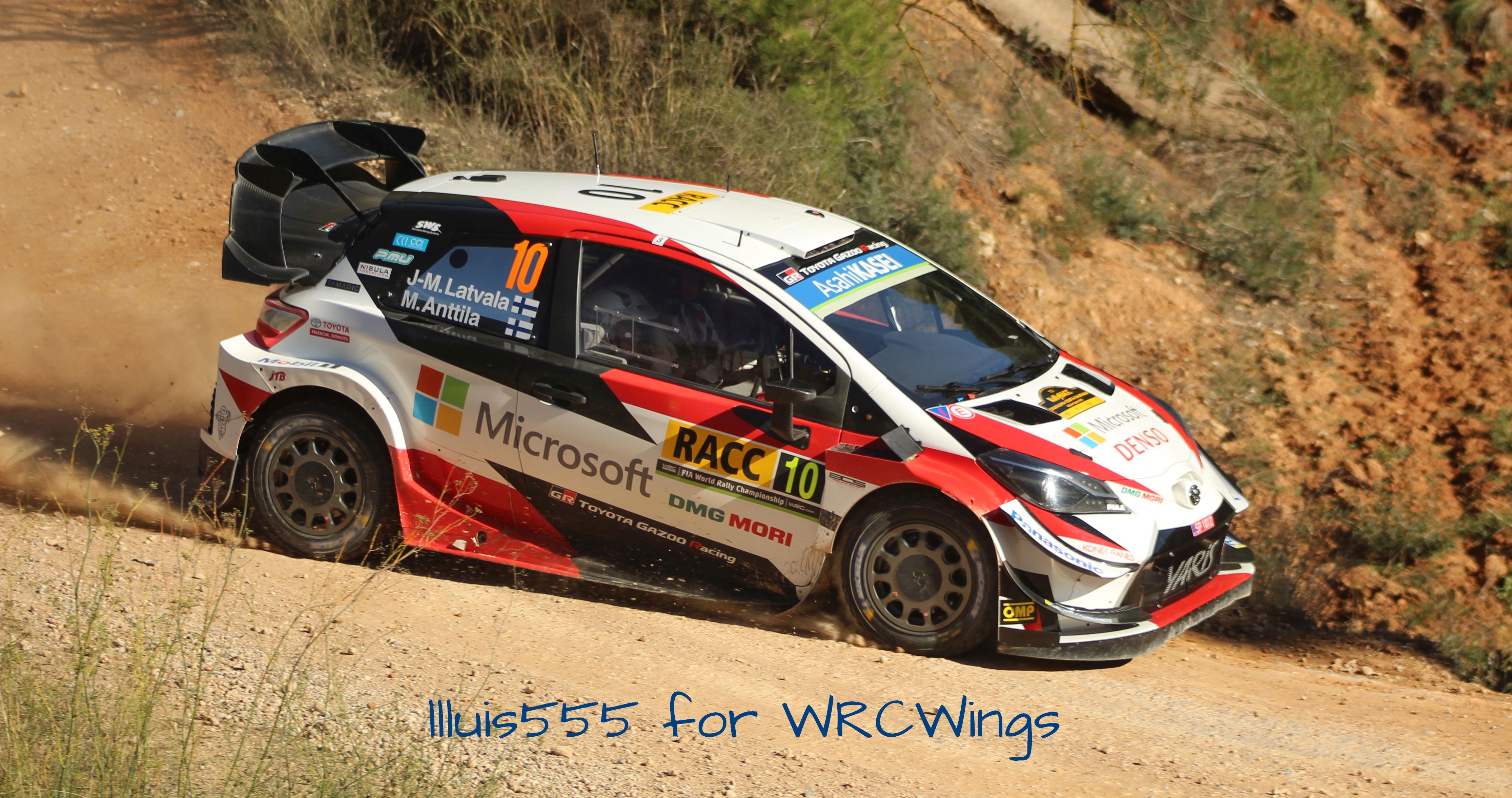 Toyota continued to confirm the excellence of their aero package, by setting the fastest time in five tarmac stages, but surprisingly not in any gravel stage. Even though, Tänak/Jarveojä were able to closely follow the rhythm of the Alzenau-based cars, and to finally climb up to a brilliant final second position. The additional points they obtained by winning in the Power Stage were enough to allow them to obtain their well-deserved first World title. 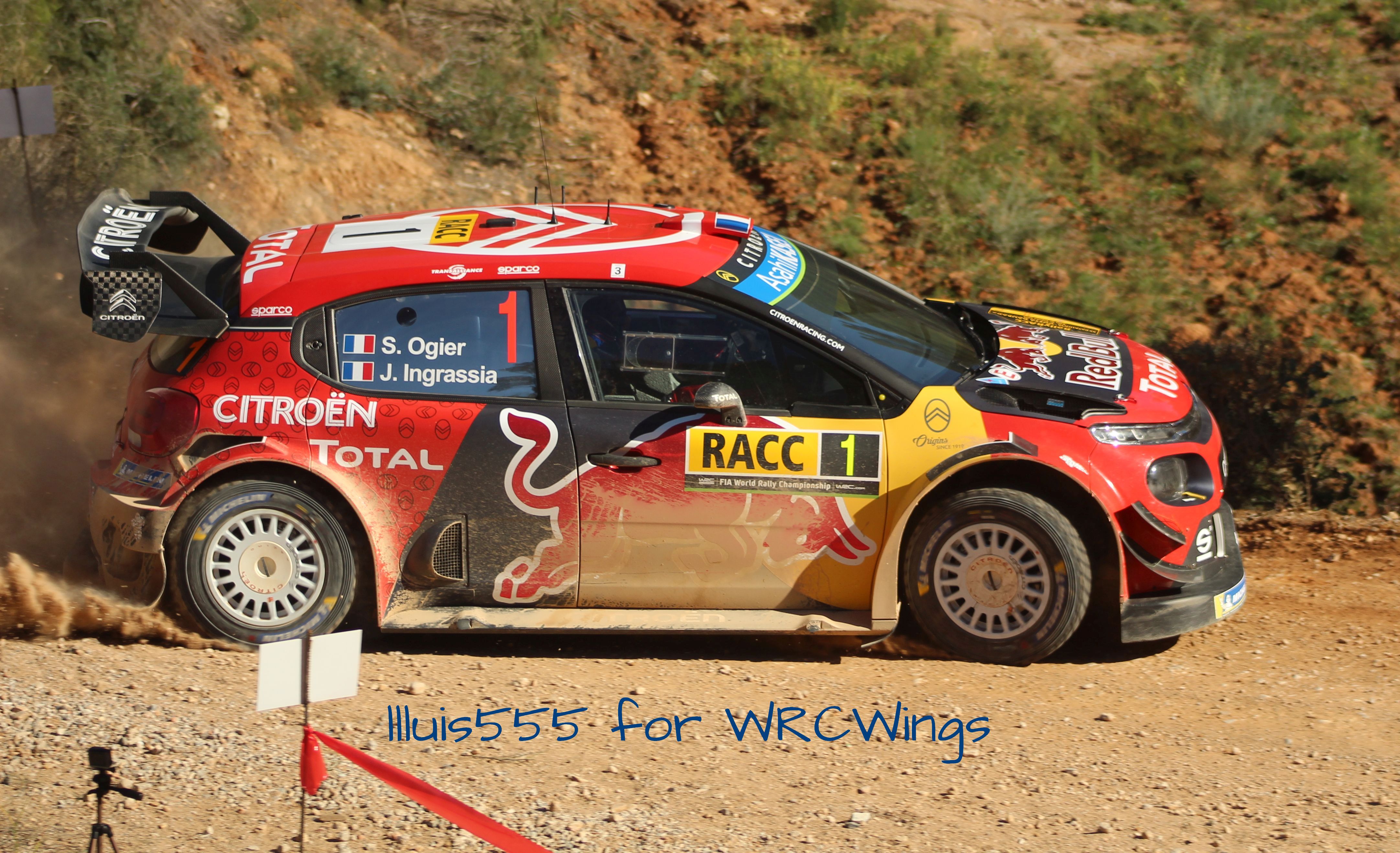 Citroën results were too conditioned by mechanical problems. Ogier/Ingrassia could only set the fastest time in the first stage on gravel, while in tarmac they confirmed the improvement of the car with respect to Germany: they were the fourth fastest in the total of tarmac stages, only behind Tänak/Jarveojä (fastest), Neuville/Gilsoul and Sordo/Del Barrio. The work developed in the previous tests paid off, even without the new aero package they evaluated during their development tests both in Catalunya pre-event tests and in Finland, we analyzed in our previous post. 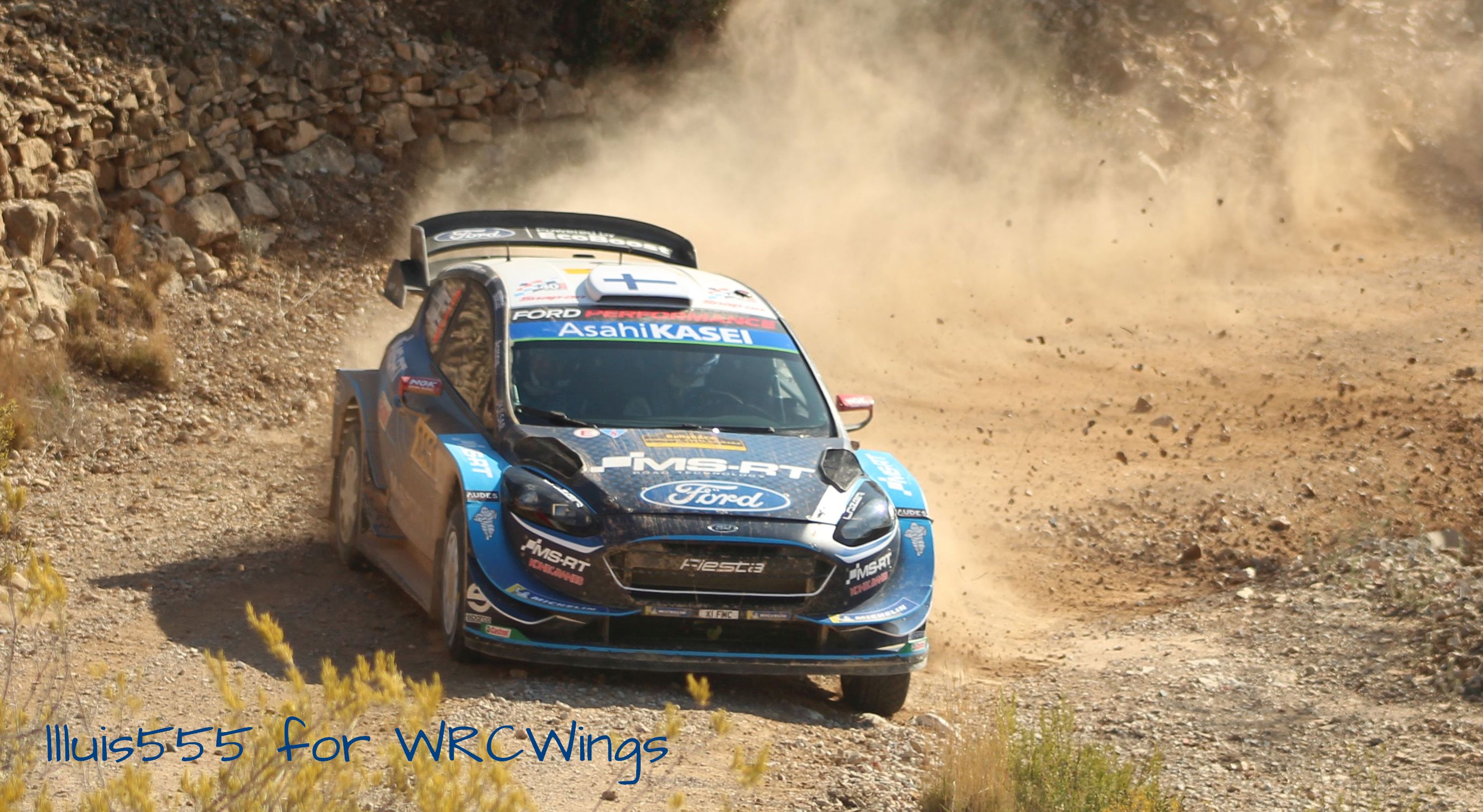 M-Sport cars performance has been consistent all over the weekend, with some good stage times from both duos. They both obtained their best results on Sunday in La Mussara, where Suninen/Lehtinen were third fastest on the first pass and Evans/Martin were able to end second fastest in a hotly contested Power Stage. Such a good result in such a complex stage, with a first part full of hairpins (where downforce generation is critical to ensure optimal grip) and a very fast second half (where drag needs to be minimal not to lose speed) confirms the good aero balance of the Fiesta WRC.