One of the most significative differences between WRC and RX cars (apart from the engine power) is the different location of the radiator. While in all WRC cars it is located at the car front, most of the RX supercars have moved it to the car rear, while the intercooler is kept in the engine bay. This is our review of the different engine cooling solutions implemented by the WRX teams taking part in the 2019 season of the World Rally Cross Championship. 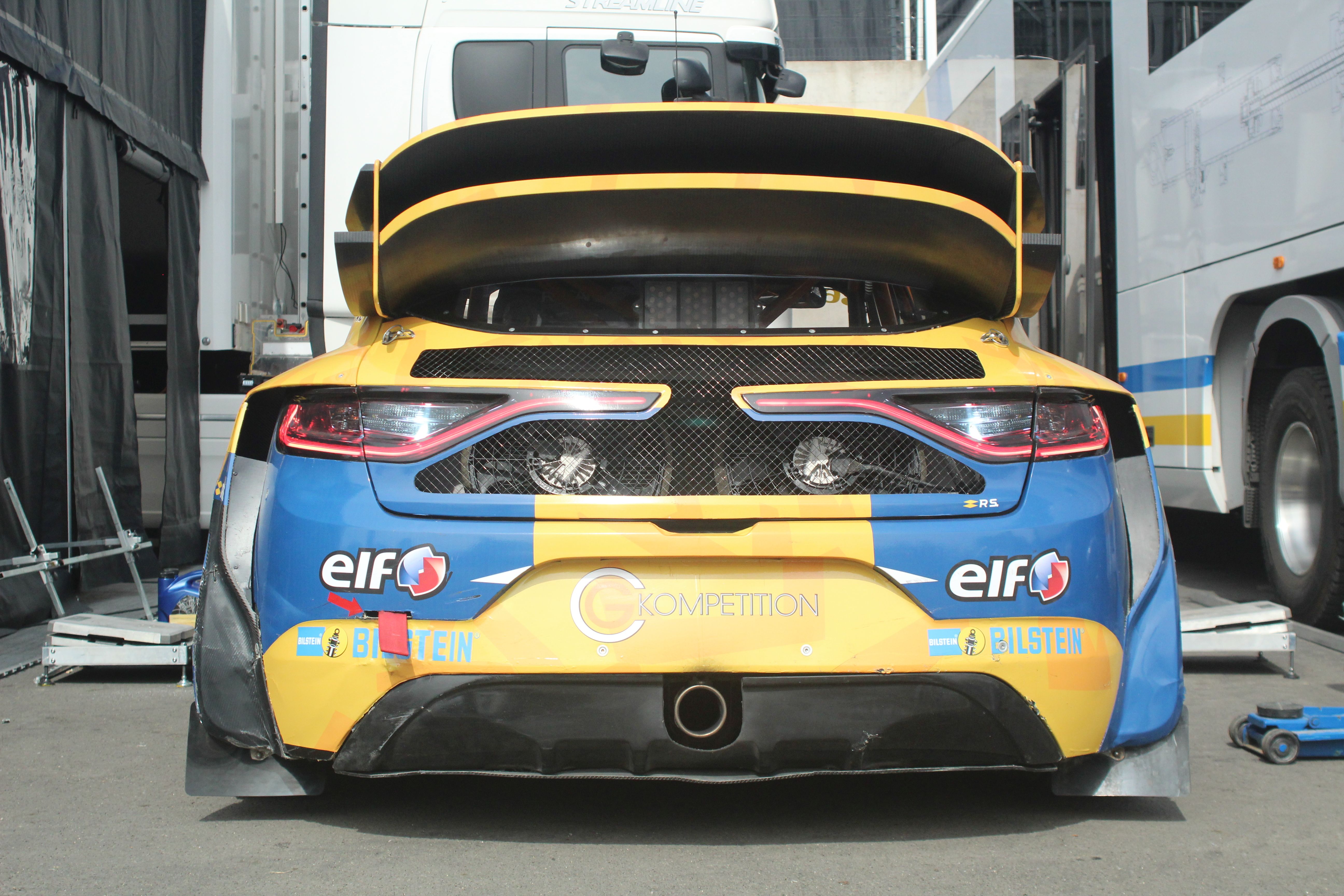 The main reason for placing the radiator at the rear of the car is to improve the weight distribution, by relocating some of the weight in the car rear. But there are some other reasons behind:

However, there are also some disadvantages:

There is still an additional impact to consider: the airflow entering by side inlets, crossing through the radiator and exiting through the rear door vent has obviously an impact on the car aerodynamics: whether this is positive or negative, we will review it at the end of the post.

Seven out of the nine cars regularly participating in the Championship have their radiator at the car rear. Only the ALL-INKL.COM Munnich Motorsport’s Seat Ibiza and the ESMotorsport Skoda Fabia keep the radiator at the car front. Even so, both cars have been able to access the final several times this year, for what their solution proves not to be fully penalizing them. 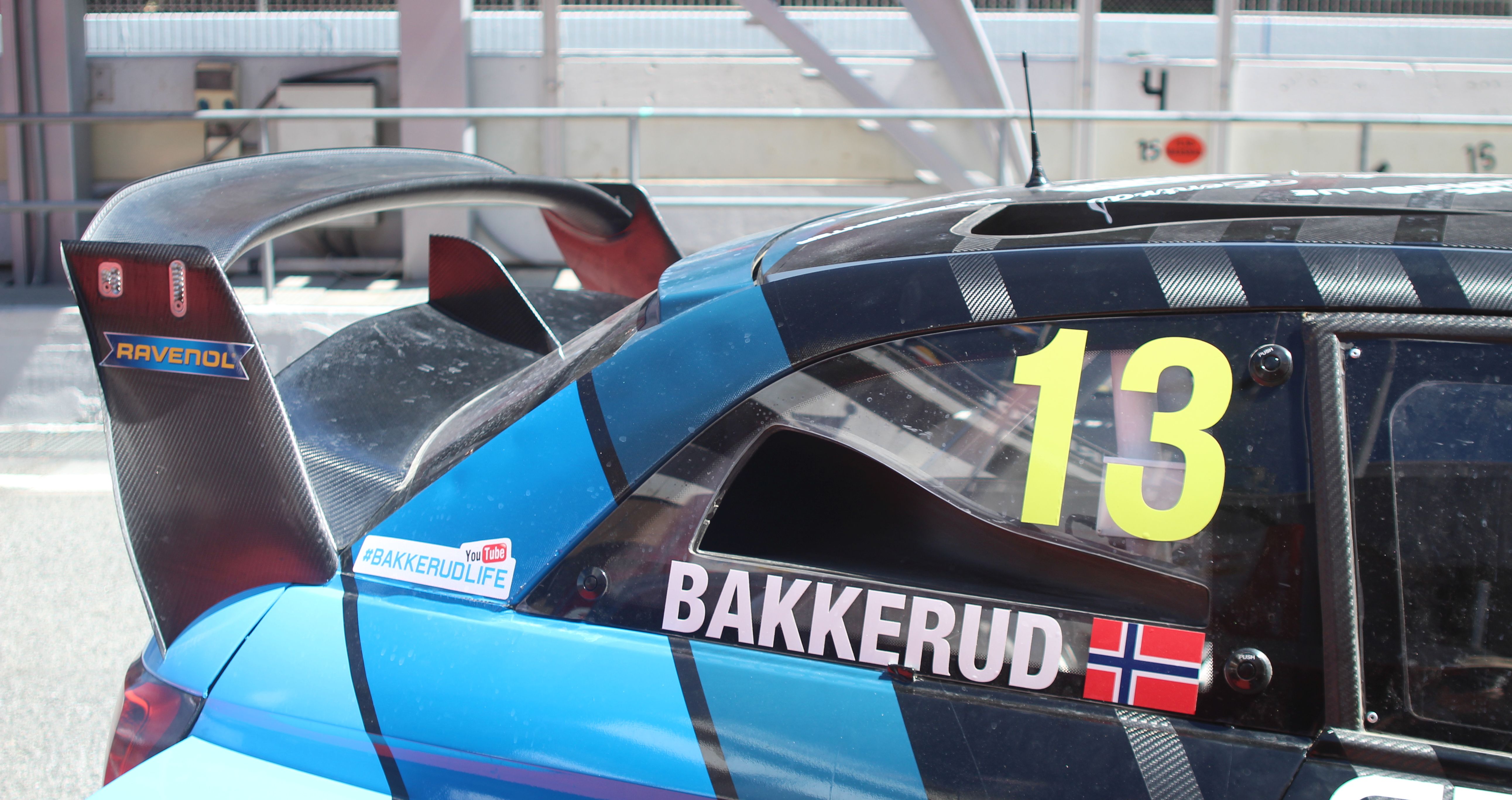 The Audi S1 is the only car to include four air intakes, the usual two on the car sides and two additional on the car roof, allowing a bigger airflow to reach the cooler. Smaller in size, the Audi intakes follow the shape of a NACA duct, which is the best solution for a minimal pressure loss, which at the end means better cooling as air pressure remains high.

The goal of the air intakes is to send the maximum amount of airflow, with the minimal pressure loss and homogeneously distributed across the pipe area, so the rear cooler performance is optimal. To minimize pressure loss, ducts bring the air from the inlet to the radiator, as shown in the picture below. 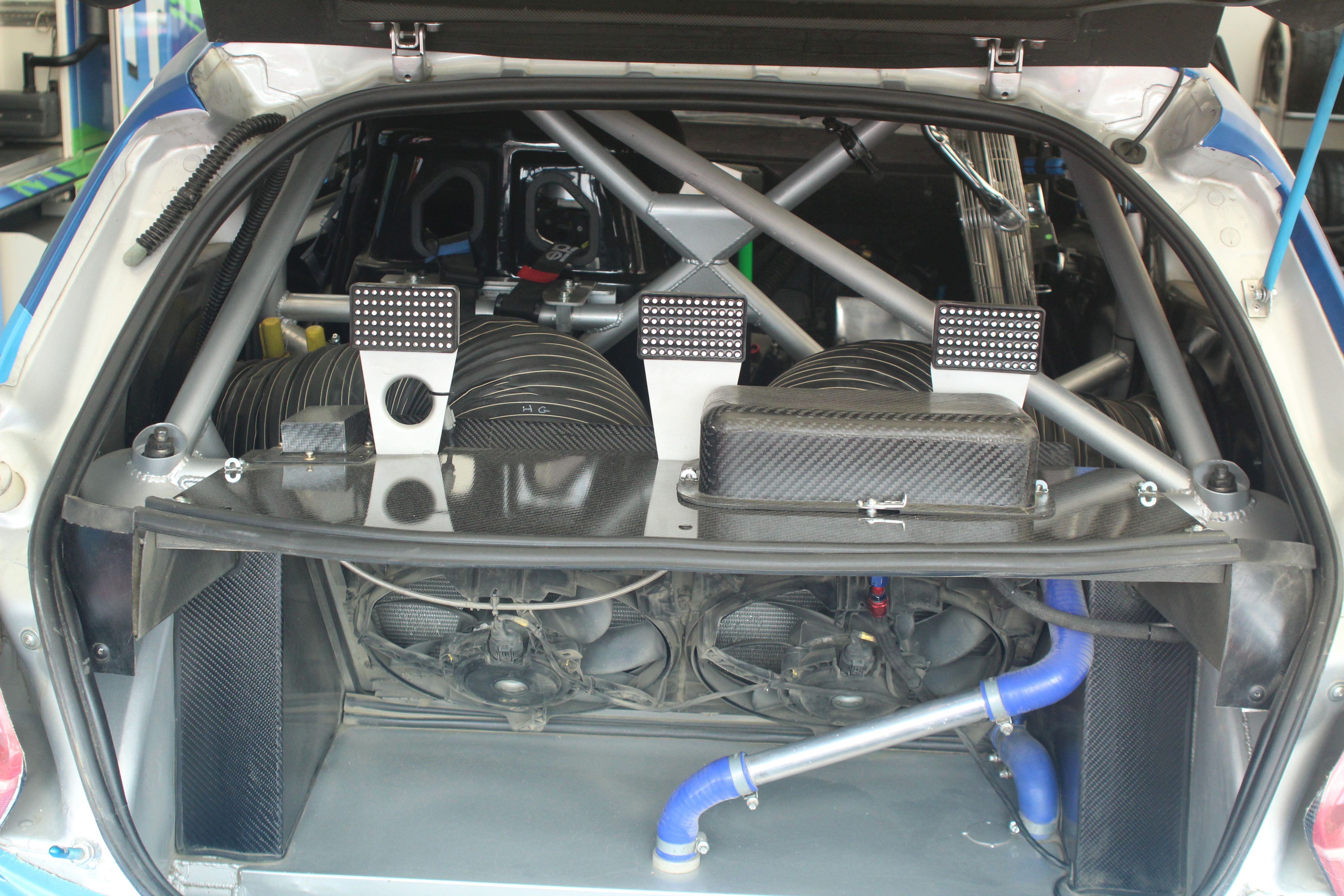 The location and orientation of the radiator, as well as the number of fans, are different for each car. The Audi S1 (with just one fan) and the Peugeot 208 (with 2 fans) have both a radiator inclined backward (angle higher than 90º). The difference is that the radiator is located at a more retarded position in the case of the Audi. 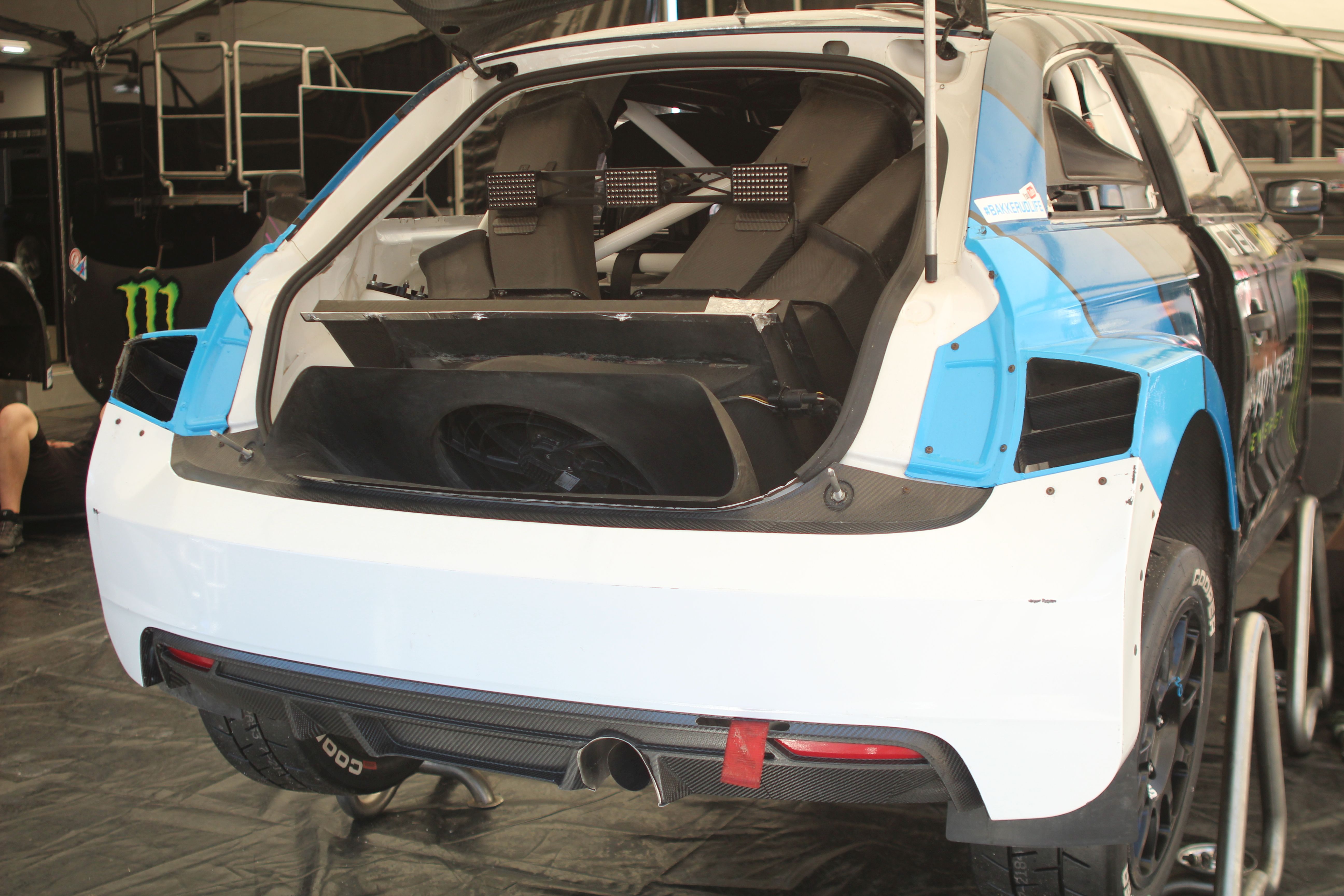 A radiator in an angle higher than 90º (as in the case of the Audi or the Peugeot) sends the air exiting the radiator towards the car base, thus generating some additional downforce, but losing some energy that could be used in the car wake. 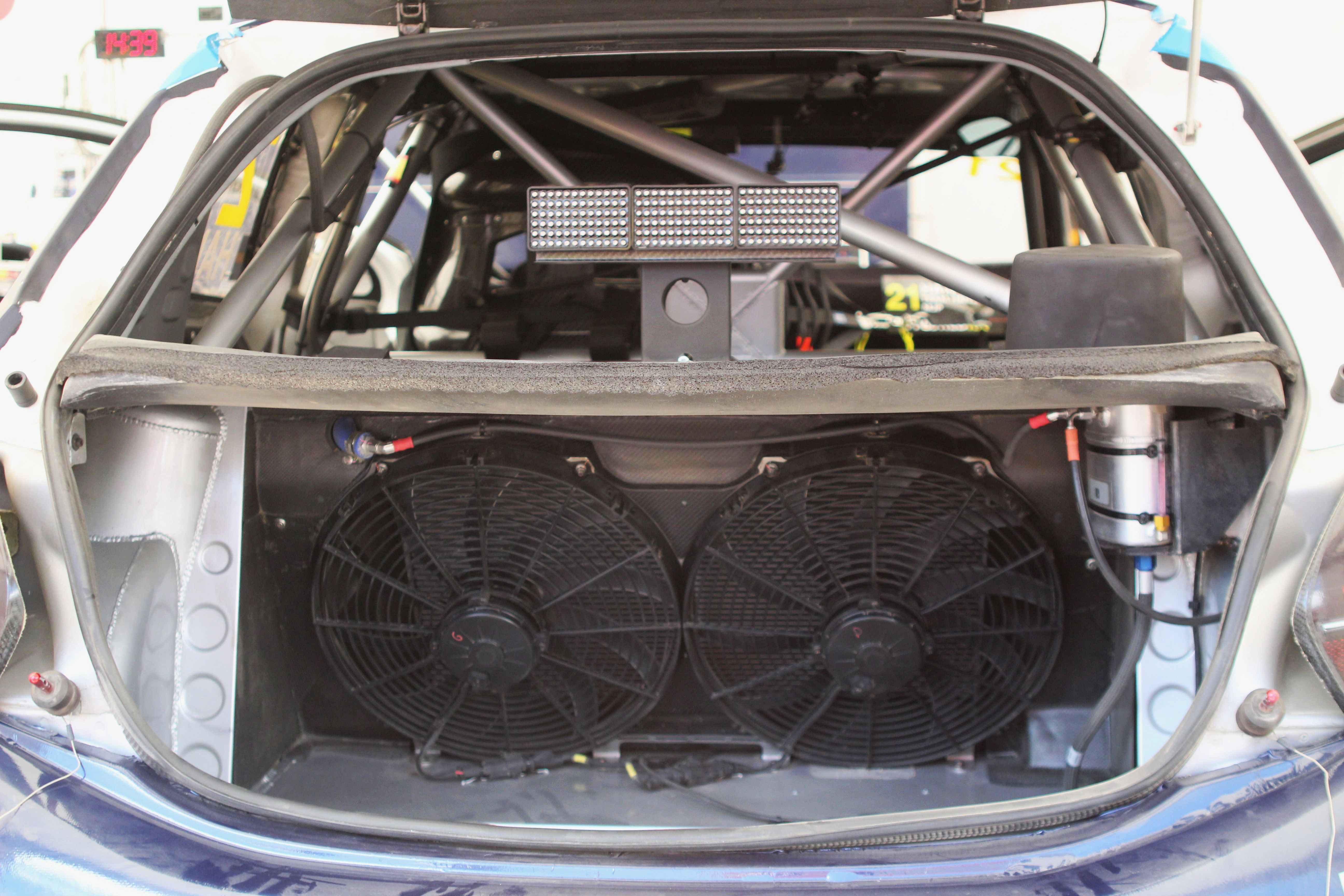 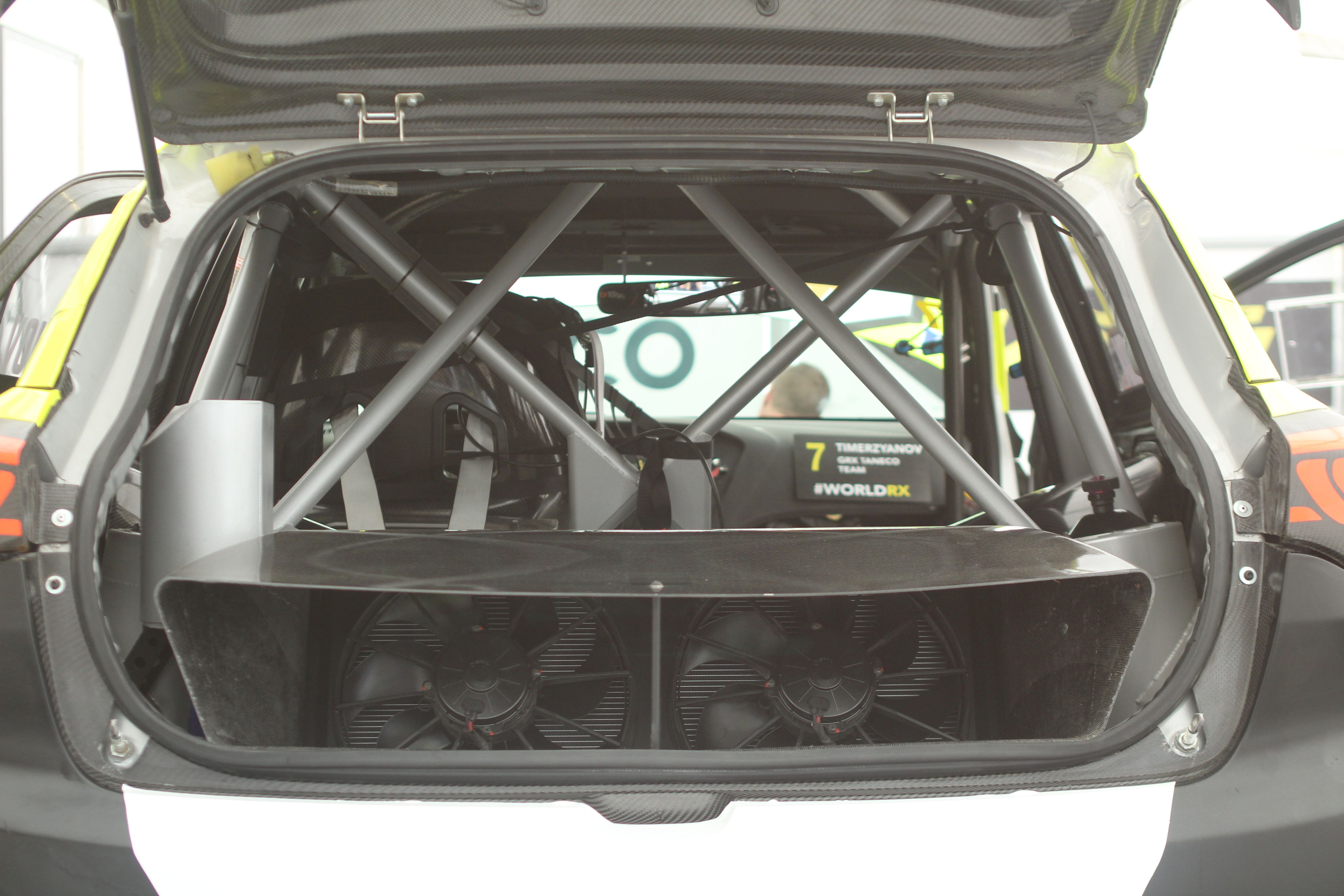 If the angle of inclination of the radiator is smaller than 90º, air exits the car at a higher speed, which has advantages in terms of a reduced wake. 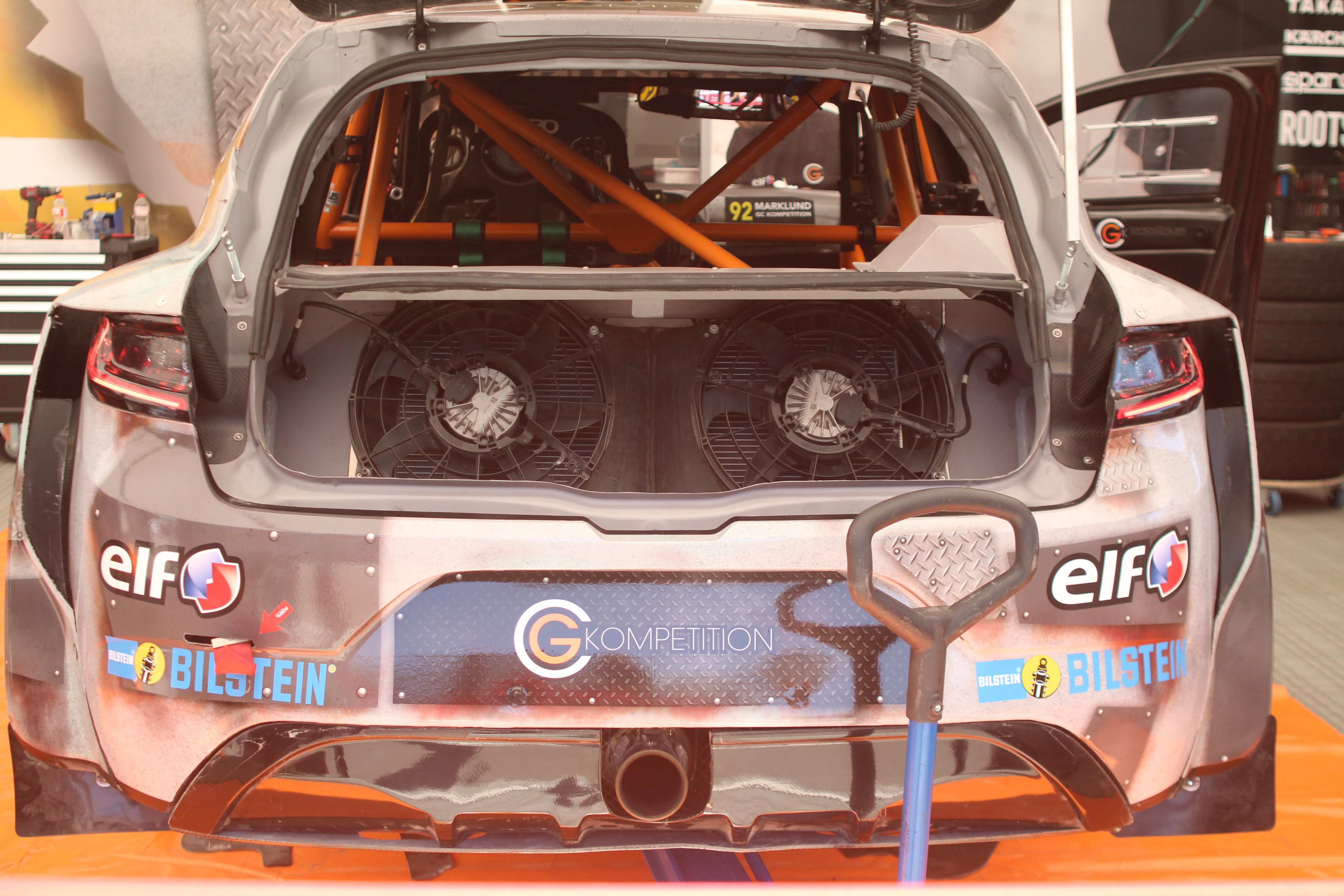 The Mini is a special case, with 3 fans and a vertical radiator. 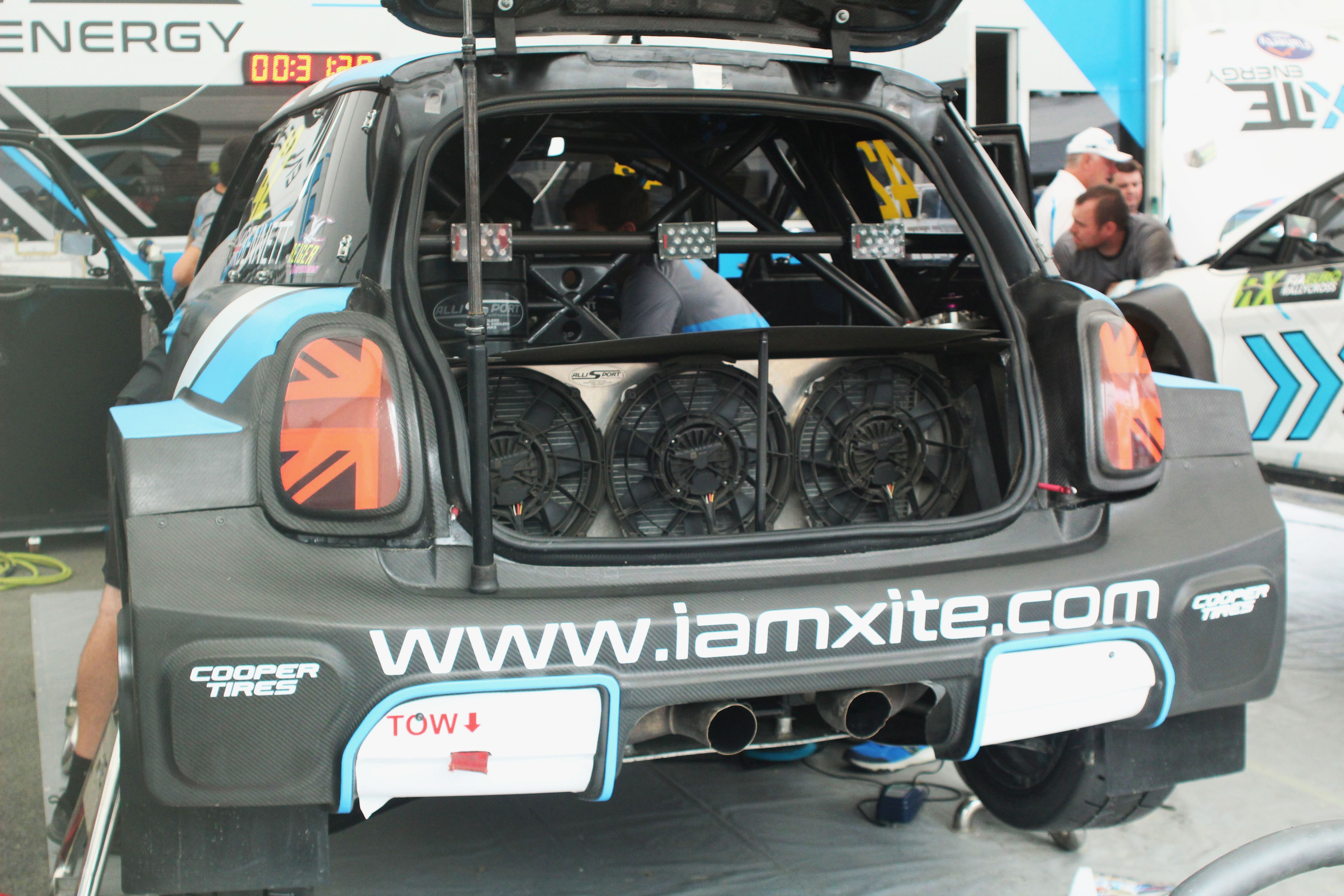 A radiator in a vertical position ensures a homogeneous airflow across all the radiator surface, thus better cooling capacity. In the other cars, the optimal configuration is to send air perpendicular to the radiator, for what the design of the air ducts needs to ensure such orientation for optimal cooling.

In all cars, the air exit is done through the car rear door vent, and the air is discharged into the area below the rear wing and above the rear diffuser, at the center of the car wake. In a normal car, in this area, there is some air recirculation, which contributes to increasing the wake size.

In a RX Supercar with rear radiator, the airflow leaving the car through the rear exit brings some additional energy into the car wake, allowing to remove faster the flow coming through the diffuser (similar to the exhaust blown diffuser concept). At the same time, it contributes to remove or to reduce the recirculation region. The final result is a shorter wake. As the wake is responsible for a significant proportion of the aerodynamic drag, the shorter the wake the lower the generated drag. So, the use of a rear radiator has the additional advantage of significantly reducing the car drag.