The decision of Citroën to quit the World Rally Championship at the end of the present season means the end of the presence of the car in the coming years events… unless a private team decides to align one of these cars. So it is worth to review the aerodynamic evolution and development work done by Citroën on the C3 WRC, the first model of the 2017 generation to officially leave the competition.

In a previous post, by the end of 2016, we reviewed the evolution of the C3 WRC during the tests developed in 2016, when the car was in preparation for its debut in the WRC in Monte Carlo 2017. In the present, we will take a look at the aero modifications introduced during the last 3 years and to the evolution of the different aero modifications the team has been testing during this period, which culminated in the almost new aero package that was evaluated during Rally Catalunya 2019 pre-event tests.

During the 3-years period, the car has been taking part in to the World Rally Championship, modifications have been scarce, and most of them related to transmission and suspension issues, as shown in table below. Only 6 chassis jokers were spent (until July 2019, last date FIA published the homologations list), out of 11 available (5 for 2017 and 3 for 2018 and 2019).

Regarding aero devices, just a couple of modifications were introduced.

The first aero modification arrived only at the second round of 2017: the front bumper was redesigned, by removing the central, upper part, and increasing the vertical front (note the different location of the Michelin stickers), to reduce the amount of air entering below the car. This allowed to improve downforce generation (due to the lower pressure under the car) but at the cost of lower top speed, due to the increase of drag caused by the increase of frontal area.

The original front splitter, supposedly designed only for tarmac events, was never used again, with the only exception of some pre-event tests and the opening (special stage) of Rally Portugal 2018.

The second (minimal) aero modification was introduced by the end of the year 2017. Citroën spent a bodywork joker (415/05) possibly for the reinforcement of the rear diffuser vertical strakes. The design used in 2017 included very thin strakes, which often lead to vibrations and were easily damaged. The new, stronger strakes were more resistant and less prone to vibrations. The only impact on aero of such modification was the increase in reliability of the rear diffuser. 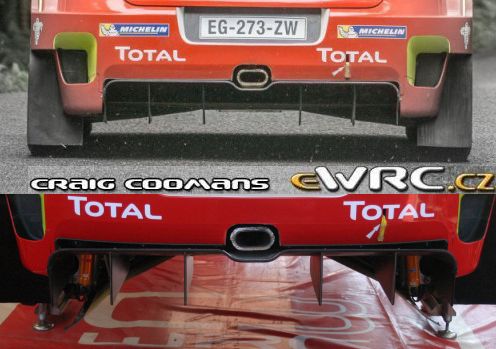 The homologated modifications, however, do not reflect the intense aero development work the team has been doing during the last three years since the car started to compete in early 2017. According to their drivers’ explanations, the car was originally difficult to handle, with a narrow window of use, and with a typical understeer behavior which has never been solved. Based on all these issues, the team continued with the aero work to try to offer the drivers the best solutions, from numerical simulation (CFD) to road tests.

The first result of such continued work was seen in the development test which took place near Lloret de Mar in September 2017, with Loeb/Elena as test driver/codriver. The car included a new front bumper, with two significant changes: a modified front splitter, thinner on both sides to reduce drag, and modified dive planes. The new planes were extended by their rear part until connecting with the front fender, to help air flowing into the fender, thus generating higher downforce on the front axle. But, at the cost of generating some dead spaces below the planes, forcing air to flow to the side of the car. This side impact would be advantageous if could be used to generate some air vortices on the side of the car, acting as a barrier to prevent air from entering under the car. But the location of the dive planes seemed too high to be effective on that purpose. 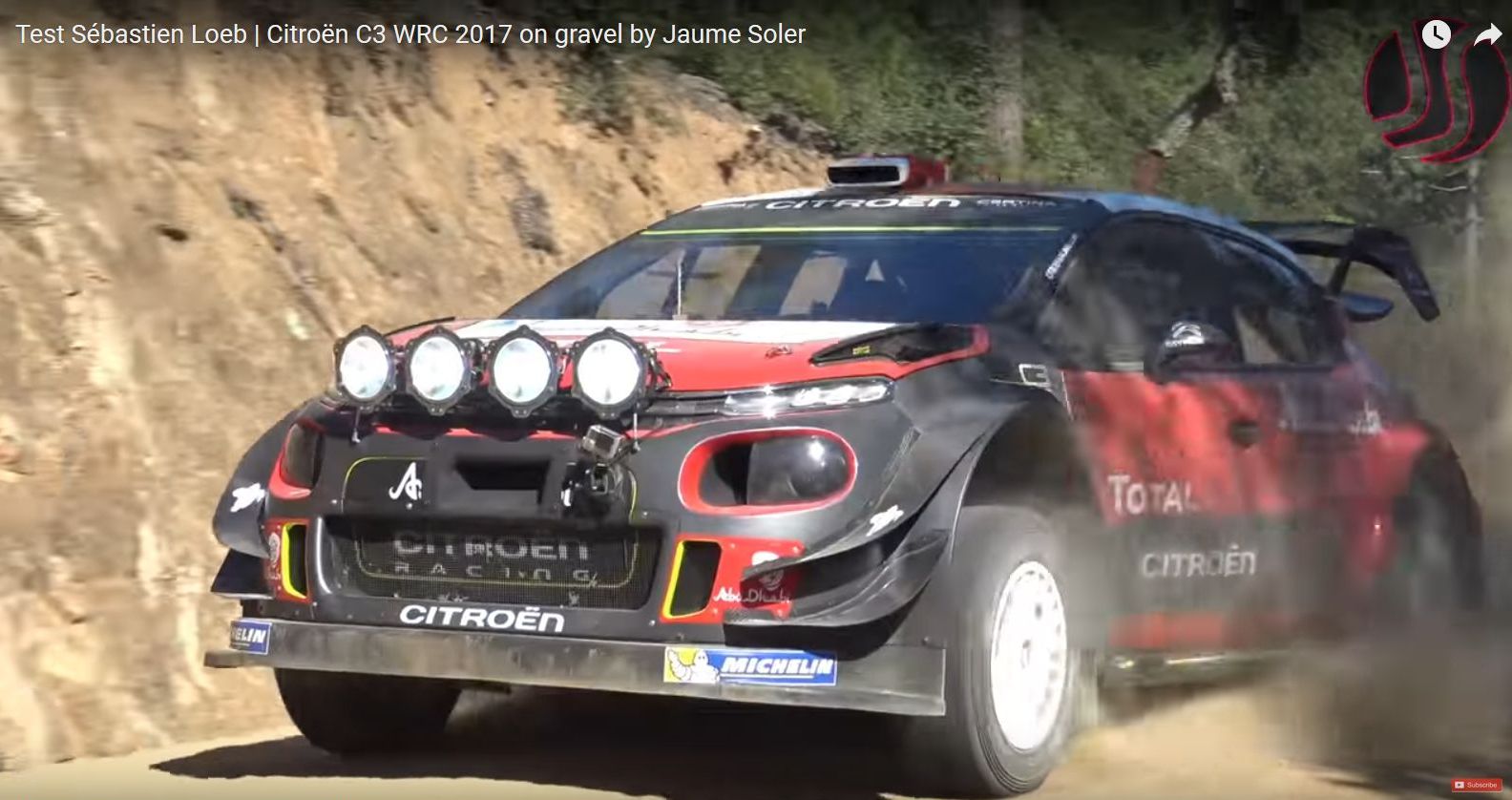 Development work continued, even though the resignment of the car designer, Laurent Fregosi, as Technical Manager in August 2017, and its replacement by Christian Besse… who left this position some months later (March 2018). Oliver Maroselli was then named for this position, in August 2018. Also, Team Manager had been replaced in January 2018: Pierre Budar was named in substitution of Yves Matton, who had been named FIA Rally Director.

In spite of all these changes in the team, the work on the front aero package continued, and a new design was prepared, probably to determine its impact on the car performance. This seems to be the reason behind the test carried out in Portugal in April 2018, when Meeke/Nagle tested a C3 WRC with a modified front splitter, with no frontal part. An improvement in drag, but at the cost of allowing more air to flow under the car, leading to higher pressure and favoring lift.

The arrival of Seb Ogier and Julien Ingrassia, at the end of the 2018 season, contributed to accelerating the aero development of the car. Only one week after getting their sixth title in Australia with M-Sport, they were already testing in the Algarve. After a couple of days of testing different suspension settings, aero tests started to evaluate the impact of different parts. The rear wing was then raised even above regulations limits, supposedly to determine the impact of the rear wing in the capacity of downforce generation. 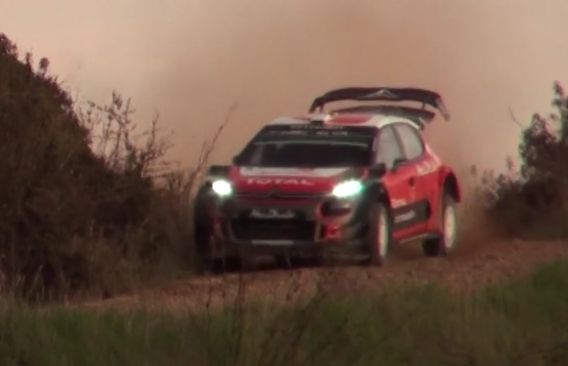 A couple of weeks later, new development tests were done, this time in France, by Lappi/Ferm. The C3 WRC used in these tests included again the raised rear wing, as well as the front bumper tested by Loeb/Elena in 2017, with extended dive planes and a modified front splitter. 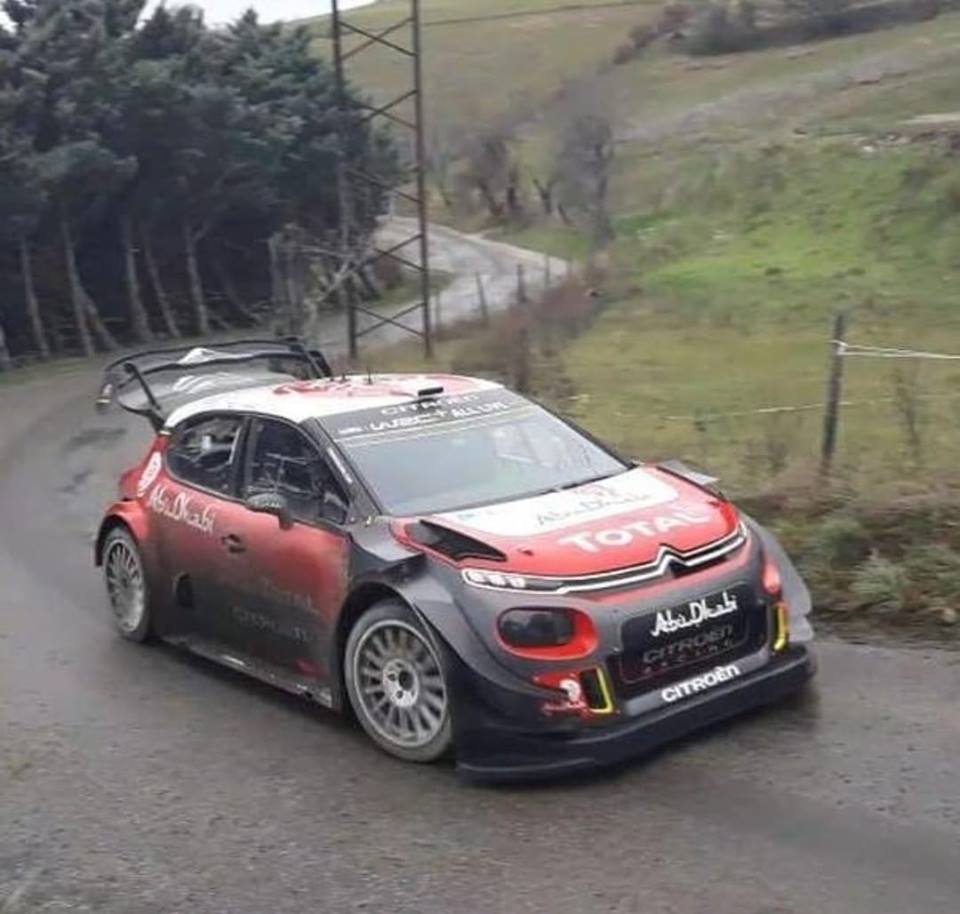 The car included new parts: small winglets were added on top of the front fenders, following Toyota’s design. Together with the new bumper, they should contribute to increasing front downforce generation, to compensate the extra load at the rear due to the raised wing, to keep a good aero balance of the car. BUt it seems it was not enough, and higher efforts were yet required in the front of the car.

Using a raised wing, which exceeded the allowed location by regulation, was probably an artificial way to generate extra downforce at the car rear, while a new rear wing was designed.

For this reason, team efforts during 2019 were devoted to the design of a new rear wing. The first step was to evaluate other teams’ rear wing. And during this process, the team identified that some of their competitor’s wings were not in full agreement with the regulations/homologation rules. Sharing this information with FIA caused the rear wing controversy we were aware of after Rally Finland. Previous to the Finn event, FIA met with the teams, promised to release some clarifications about the issue (which were distributed some days later) and set a two months deadline (before Rally Turkey) for the teams to solve the detected inconsistencies.

The clarifications set by FIA allowed Citroën to refine and finalize their rear wing design. And, two months later, the affair was concluded in Rally Turkey, when only Toyota presented a modified version of the rear wing.

Probably influenced by the fact that the fight for the Driver’s title was close to its ending, and Tänak was well ahead of Ogier in the classification, Citroën planned some tests to accelerate the validation and further homologation of the new aero parts. Tests were done during the Rally Catalunya pre-event tests, in early October, and were continued in Finland, some days later. 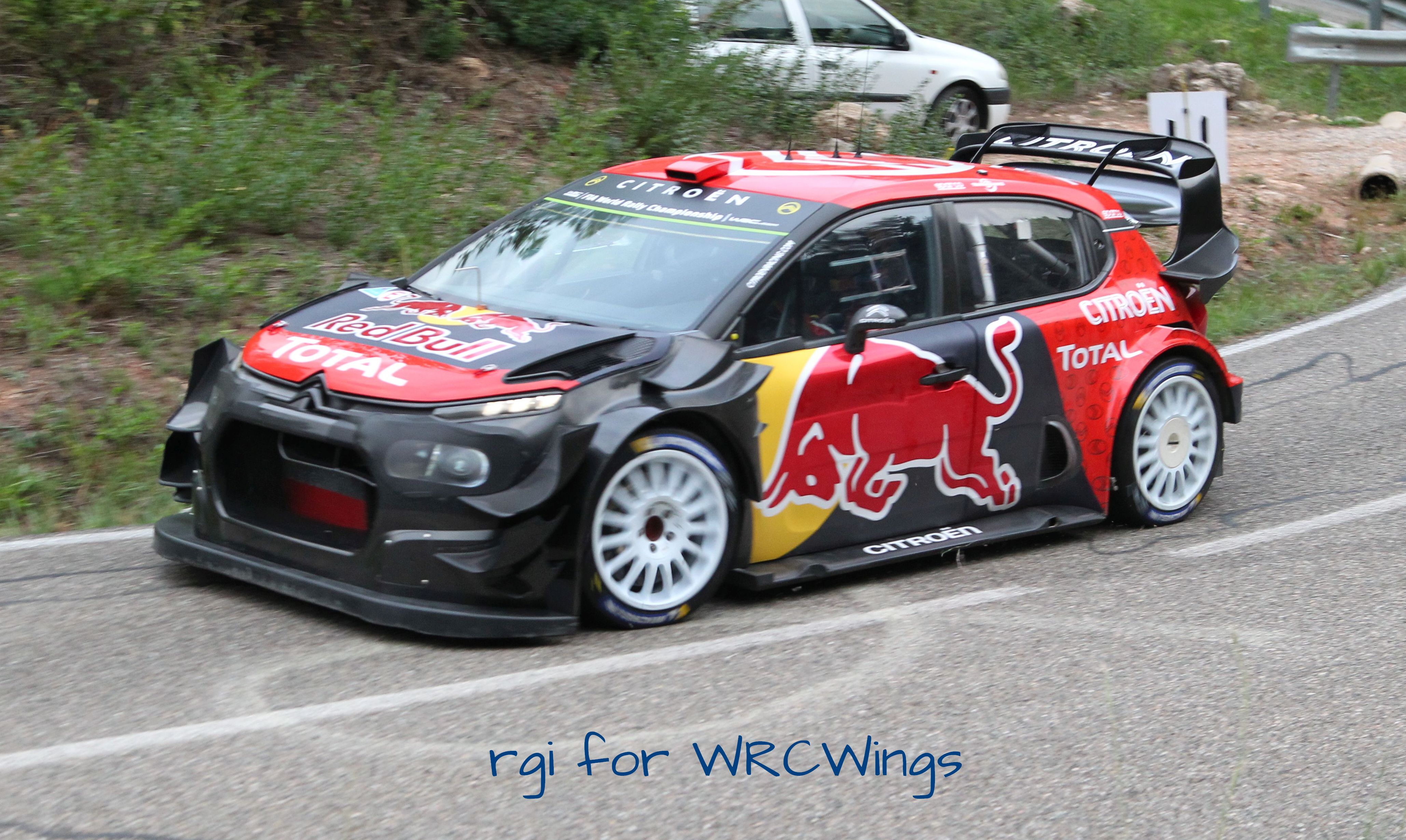 The aero package used in the test was the culmination of all the development work developed during the competitive life of the C3 WRC. The front bumper evaluated in 2017 and 2018 being discarded, the new package included a completely new (and somehow revolutionary) front bumper design, with up to three dive planes, equipped with endplates, to generate higher front load while forcing air to flow over the front fenders. Also, with a bigger central air intake.

The third, new part evaluated in these tests was the new design of the rear wing. It was a brand new rear wing, very similar in its central body to the Toyota’s rear wing introduced in Turkey, but with a new design of the side winglets. You can find our full evaluation of these solutions in this previous post.

The new package resulted to be very effective, as Lappi recently confirmed in an interview to wrc.com: “The aero update was working very well, for sure it would have helped a lot on the fast stages and fast rallies. The difference in time was quite big from the old aero”.

The design of the new aero package was done externally, by Oreca, the company created by Hugues de Chaunac in 1973, currently located in Signes, near Paul Ricard circuit. The design was generated and evaluated with the aid of ORECA own resources on numerical simulation (CFD), although it is possible that some parts were tested in the wind tunnel of Aero Concept Engineering, located in Nevers (where originally Oreca was located), close to Magny Cours circuit.

In any case, the announcement of the Citroën’s withdrawal from the Championship with immediate effect will probably send all this development effort to the trash bin, and we will never be able to see them in competition. Unless a private team acquires one of these cars, and Citroën homologates it. Only time will tell.