Updated on December 5th, 2019, with new images from Loeb/Elena tests

The first images from the tests Hyundai is developing in France, in preparation for the 2020 season show that the Korean/German team is evaluating some aero modifications into the car, with the goal of improving its performance for the next season. A modified rear diffuser and a flat roof scoop are the modifications evaluated in this week’s tests, with Thierry Neuville and Nicolas Gilsoul as test driver/codriver on Tuesday (December 3rd), Seb Loeb and Daniel Elena on Wednesday (December 4th) and Ott Tänak and Martin Järveoja on Thursday (December 5th).

Hyundai surprised in 2017 when they were the only team not to take advantage of the exhaust blown concept. Their car was the only car of the new WRC generation with the exhaust pipe located on one side of the car, while the rest modified the exhaust pipe configuration to place it in the center of the car, on top of the rear diffuser. In the new diffuser seen in today’s test, the exhaust pipe exit has been relocated to this position. The advantage is that the energy from exhaust gases is now used to remove faster the air flowing from under the car, through the diffuser. This makes the diffuser more effective, as air under the car is accelerated, and consequently, the pressure under the car is reduced (by Bernoulli). The higher the pressure difference with the top of the car means the higher the downforce generated. The result is an increase in grip in the rear of the car. 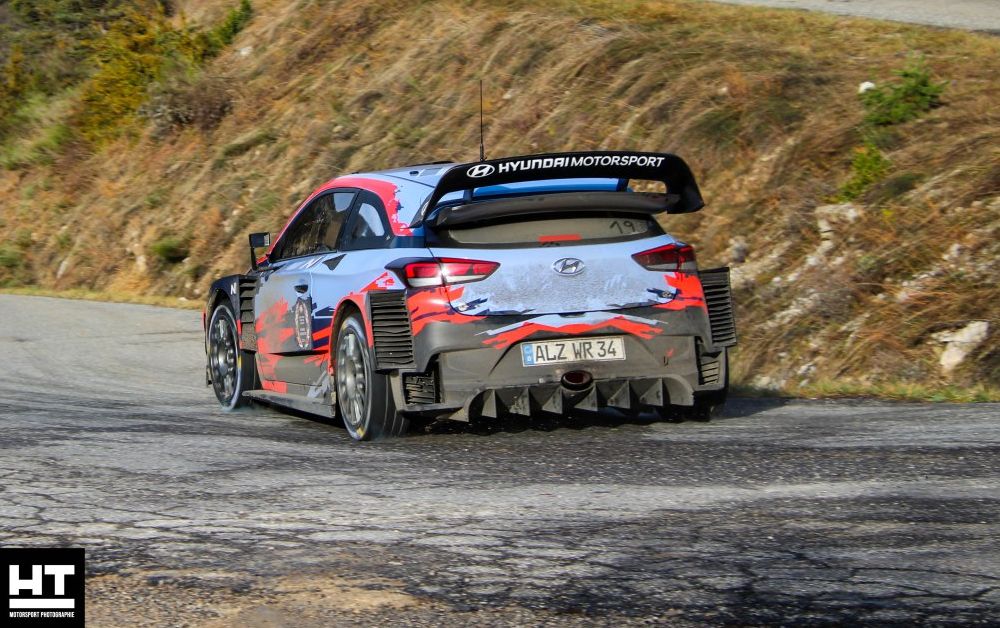 The relocation of the exhaust pipe exit is not a simple modification, for what all exhaust piping system needs to be modified and re-evaluated, in order not to impact exhaust gases flow, which might have a negative impact on engine performance. 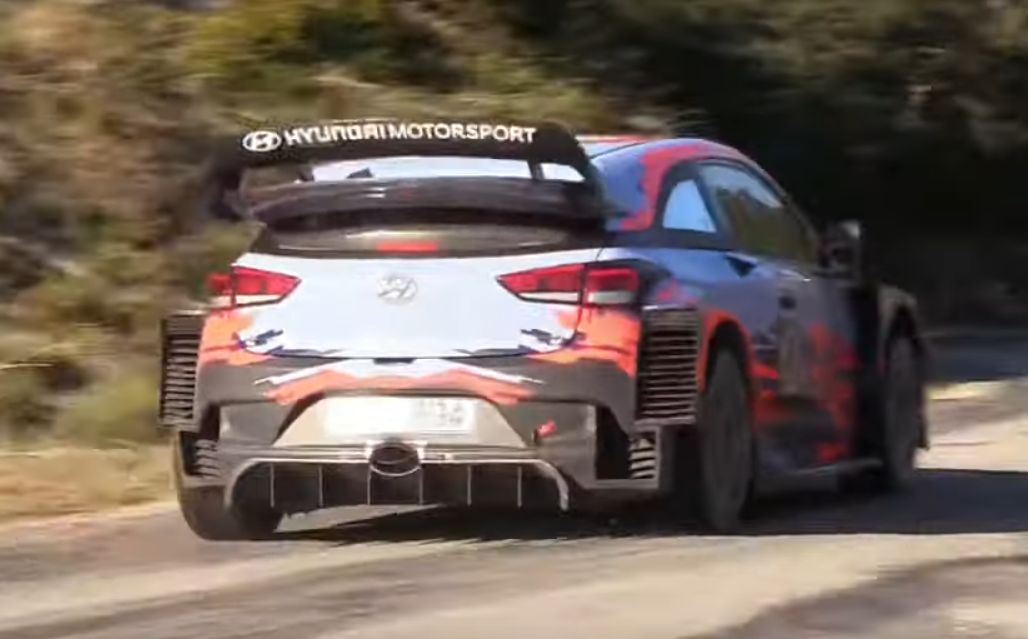 The design of the diffuser has also been modified. The side strakes are now rounded, similar to those of the Fiesta WRC, while the number of vertical strakes remains the same (6), and they are still vertical, in opposition to the Fiesta WRC rear diffuser, where strakes are side-oriented. 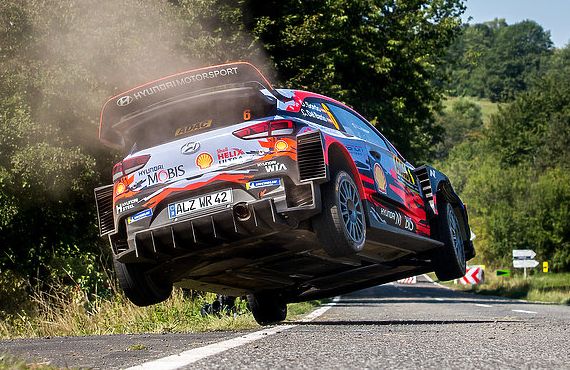 The second modification evaluated in today’s test is the introduction of a modified roof scoop, following the design already seen in last month’s i20 R5 tests in Sardegna.

The new roof scoop is wider and less prominent. The advantage is a reduction in frontal area, which translates into lower resistance to ar (lower drag), while airflow inside the cockpit is supposed to be the same, or even higher. A second advantage is that airflow on the car roof is less perturbed, and rear wing becomes more effective due to cleaner air feed. 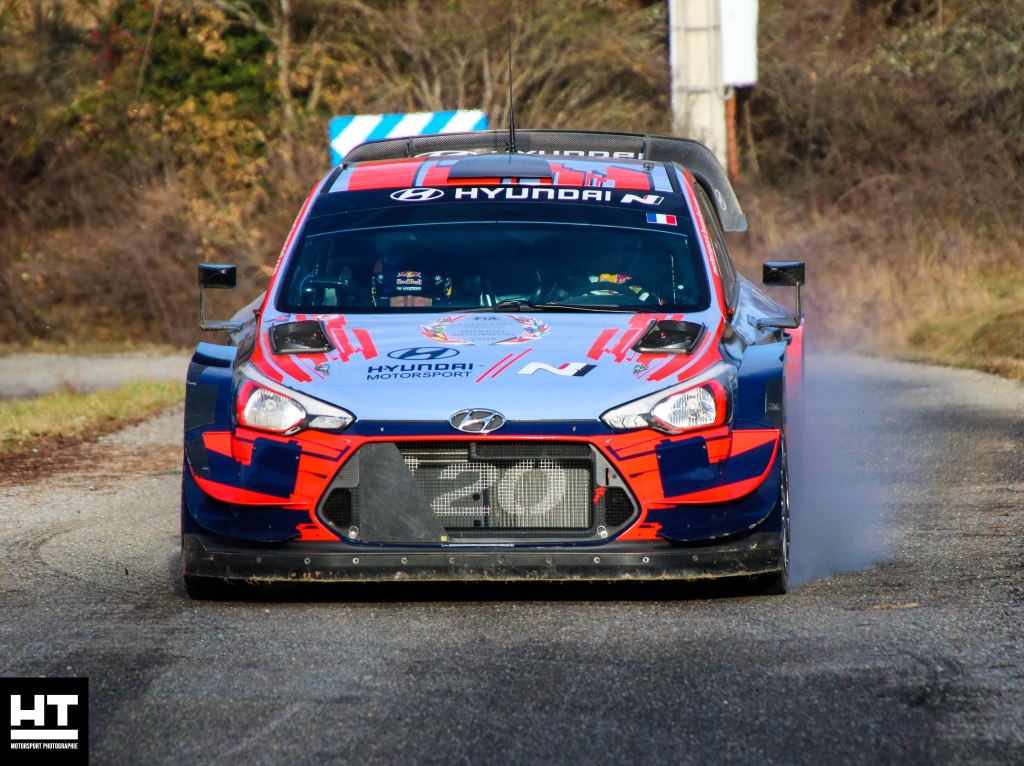 Finally, note that the front air inlet of the car used in the test was partially blocked. This is a consequence of the low ambient temperatures. An excess of cold air into the cooling system might decrease engine temperature below the optimal temperature range, leading to engine underperformance and even damage.