According to the first comments of the new Toyota drivers (Rovanperä, Evans and Ogier) after their first contact with the Yaris WRC (their new car for 2020), Toyota engineers were really happy to hear new opinions about the car, as they are considering new ideas from for improving it… even though it is considered almost optimal, in terms of aero. Also, Hyundai and M-Sport (Ford) have reached a considerable progress in their designs, and their cars are quickly getting closer to their optimal aero configuration, with solutions in some cases very similar. The last proposal, developed by Oreca for the Citroën C3 WRC and tested before Rally Catalunya 2019 already included some original proposals showing the trends cars could follow in the next years.

We would like to go even further, as we believe there are still some other opportunities for aero improvement of these cars, which we would like to review in the following lines. Some of them could be outside the limits of current WRC regulations…but as such regulations have never been made public, we will take the risk.

Improving the aero of a WRC car means reducing its resistance to air (drag) and increasing grip (higher downforce). Any new solution we can discuss will have an impact on both drag and downforce, as well as on the overall car balance. A compromise will be required for each solution, so the potential benefits can compensate for the downsides.

The front of the car still offers some possibilities for improvement. The first one involves the dive planes: a third plane and/or the use of endplates would allow increasing the downforce generation at the car front. Endplates could be open, such in the case of the new aero package Oreca designed for the Citroën C3 WRC, or closed, like those included in the Hyundai i20 AP4++ designed by Hayden Paddon and Hyundai New Zealand team. 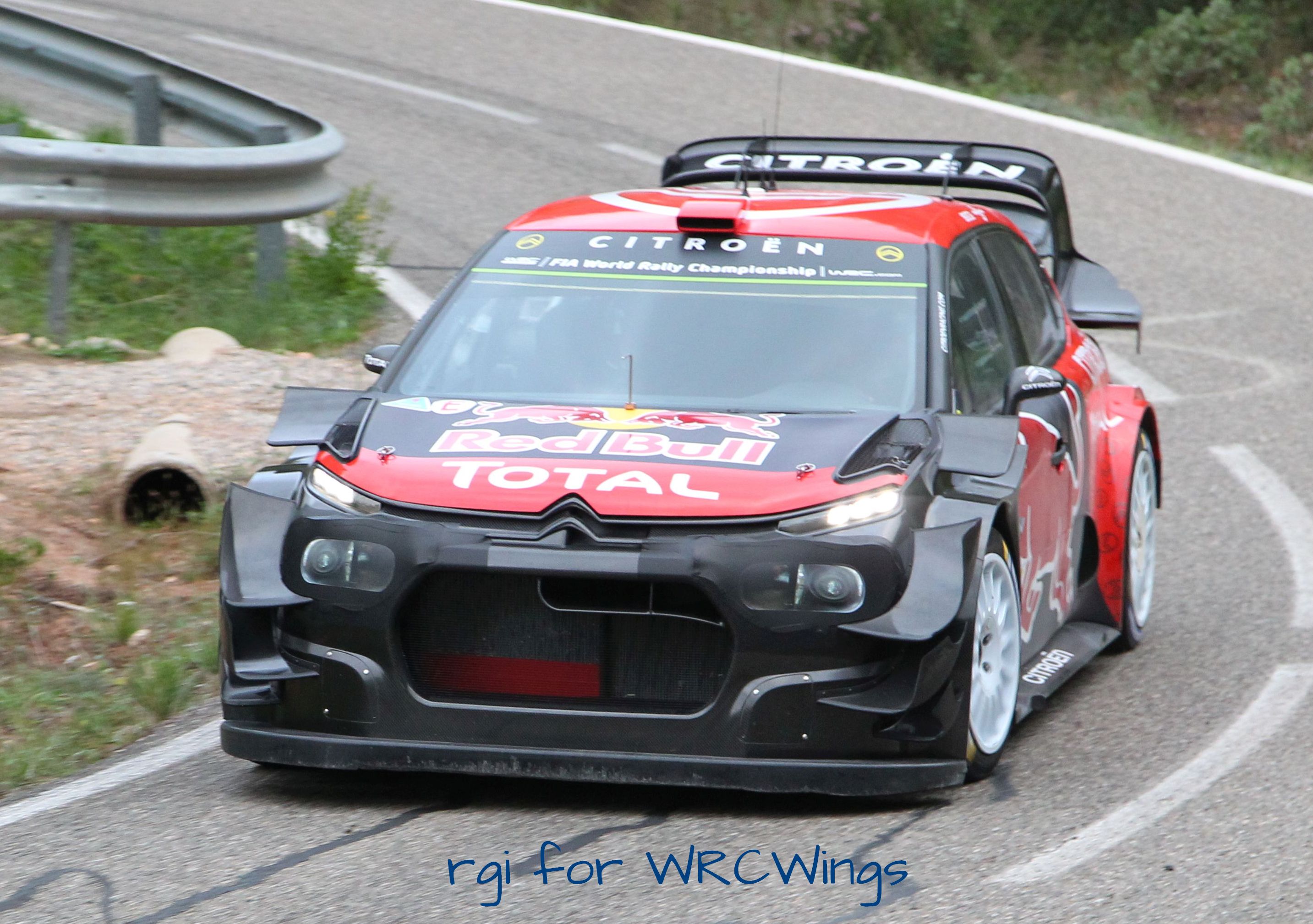 Closing the endplates ensures the airflow is sent towards the required direction, something which can not be completely ensured with open endplates. In addition, the Hyundai included some additional planes on the outer side of the endplates, to generate even more downforce. 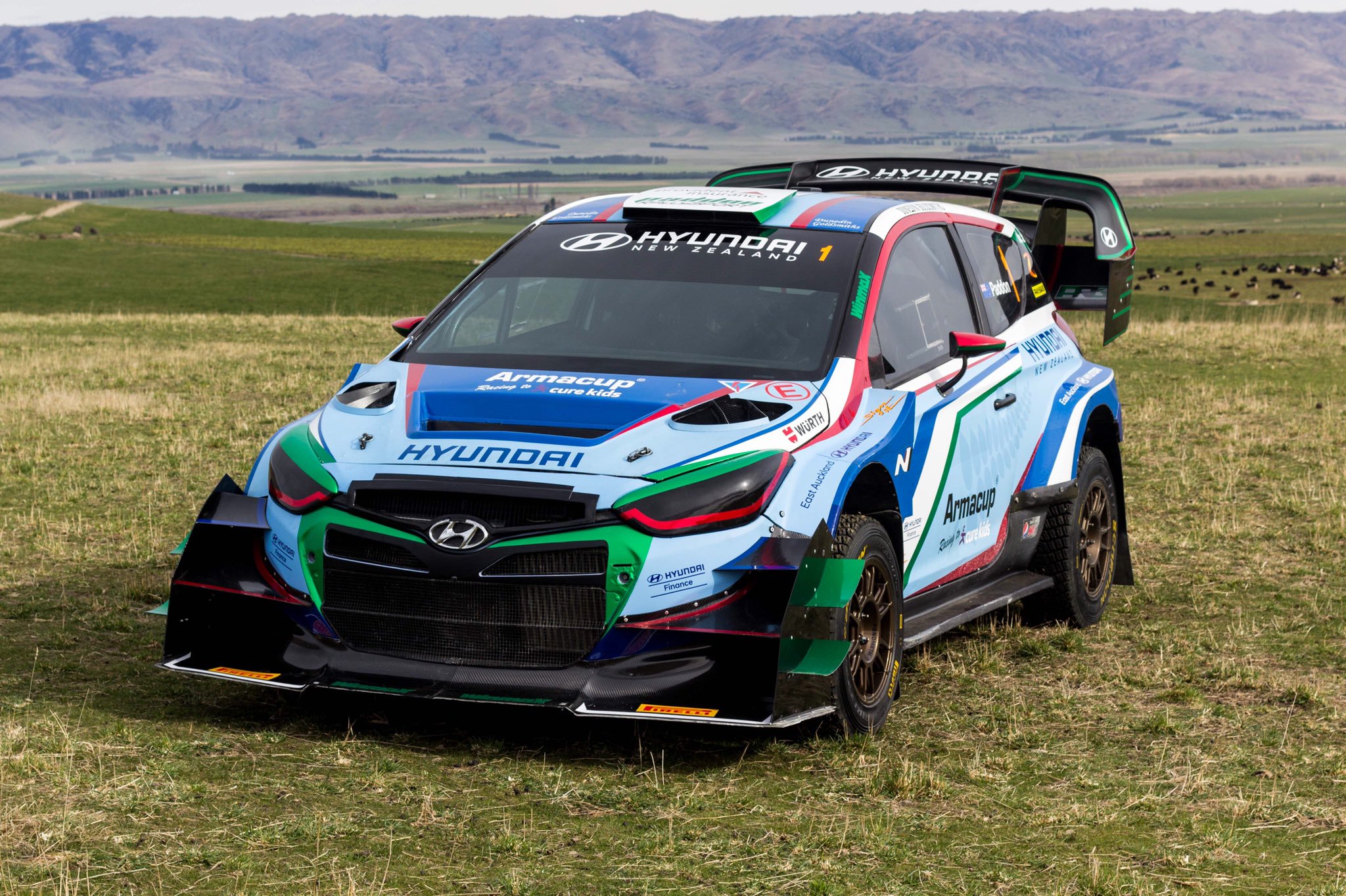 The introduction of any of these solutions might increase the frontal car surface, which would lead to an increase in air resistance (drag). Another alternative to increase front downforce generation (although also at a certain drag cost) would be to widen the front fenders, up to the dimensions proposed by VW in the un-born Polo WRC in 2016.

A third alternative to generate downforce at the car front would be the use of front diffusers. It consists in installing a diffuser right behind the front splitter, to accelerate air just after entering under the car. The result is a gain of overall downforce, although part of the gain at the front would be lost at the car rear, as air would reach the rear of the car at a lower speed. Pressure in the rear of the car would be then slightly higher, meaning less rear downforce. Also, drag would increase with this solution, which has been used in DTM and other racecars (LMP1 and LMP2).

In the car doors, a significative drag-reduction could be obtained by the introduction of the virtual exterior mirrors, a new concept developed by Audi and already in use in the Audi e-tron, the first 100% electric Audi (more info here). It consists of a small side mirror with a camera, while the image is projected in a screen located inside the door. The size of such a mirror is considerably smaller than usual mirrors, leading to significant drag reduction, estimated in 0.01 on Drag Coefficient (Cx) by Audi. Also, the reduction in size would allow a better airflow from front fenders to the rear wing, increasing the efficiency of the rear aero appendix. 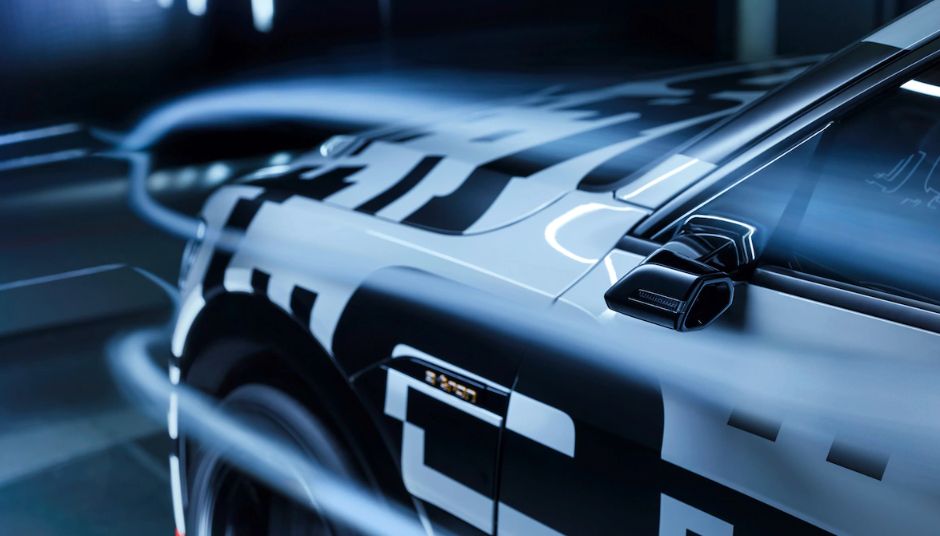 Another solution related to the side mirror could be the introduction of a vertical, external vane attached to the side mirror, as some DTM cars use. The advantage would to better channel air exiting from front fenders on both sides of the cars, thus contributing to send it towards the rear wing, which increases its efficiency, generating higher downforce. 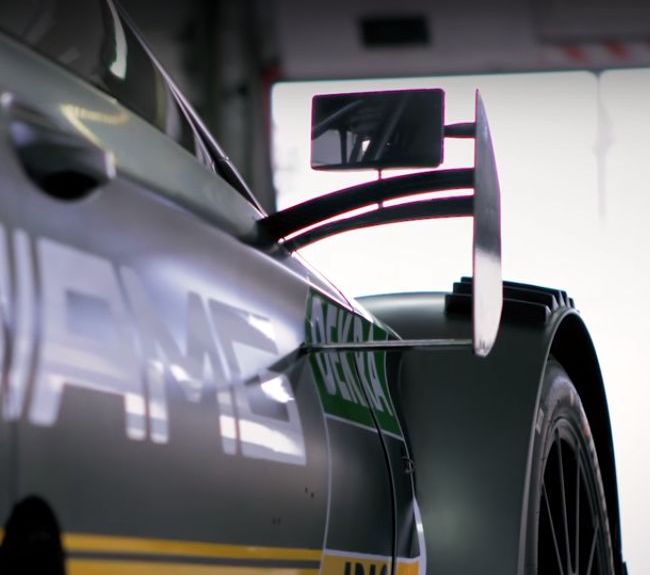 One of the most developed aero appendices in the current WRC car generation is the rear wing. The Yaris WRC rear wing was recently redesigned, while Citroën also presented a new wing in the aero package tested before Rally Catalunya. However, there would be still some potential areas of improvement. 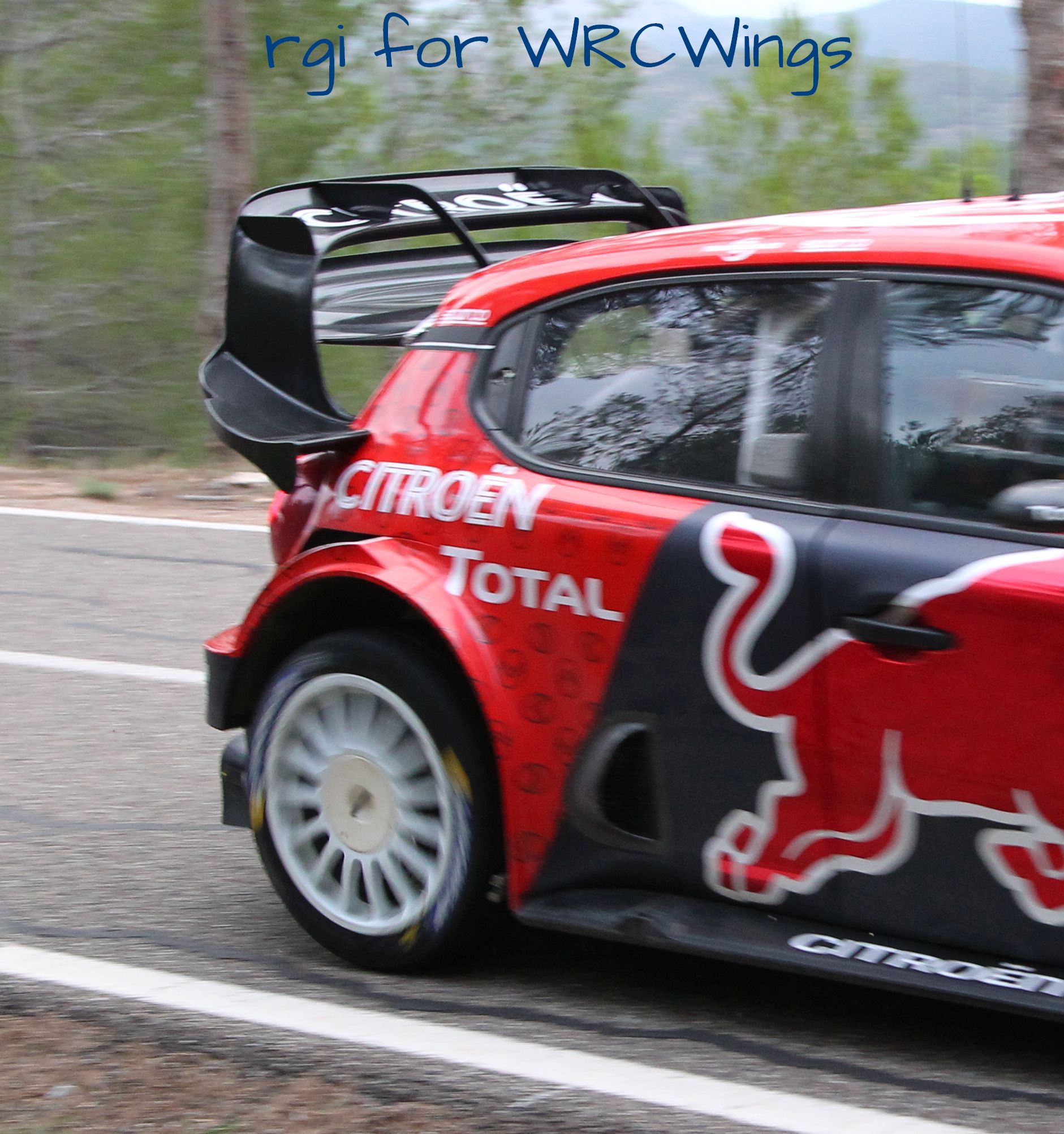 As Oreca proposed, a potential improvement would be to further develop the side winglets, increasing their area to increase their efficiency. Also, increasing the size of the vertical fins would contribute to a better performance of the rear wing when the car is cornering. 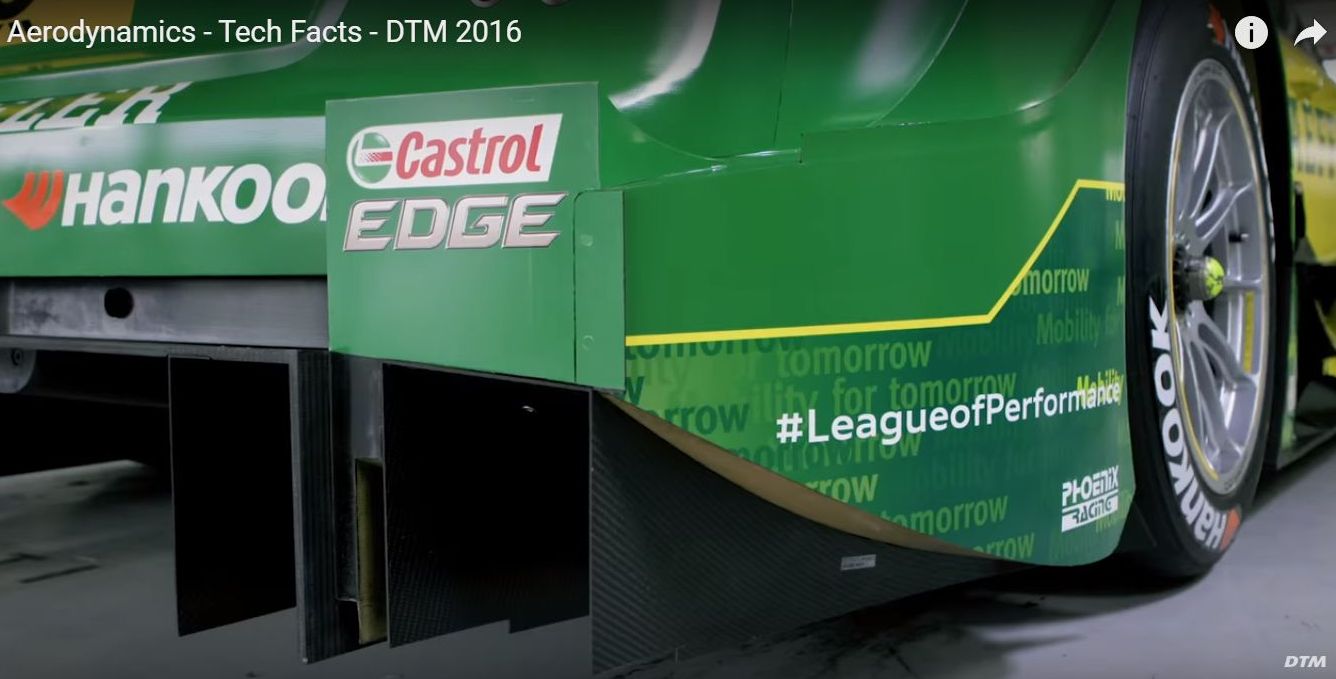 The rear diffuser and the rear fender vents of all current cars seem to be well developed. A potential improvement in this area would be the use of rear-wheel rear diffusers, such as some DTM cars use. It consists in adding an additional diffuser behind each of the rear wheels, besides the central diffuser. Wheels generate a very turbulent wake, which translates into more drag. By installing a wheel rear diffuser, the wake would be channeled towards the required direction, thus reducing turbulence and drag.

All these solutions prove that there is still room for improvement of the aero design in the WRC in the next years…with permission of the current regulations. Only time will tell us which direction new aero modifications will take.