As expected, Hyundai has introduced a new version of the rear diffuser for the i20 Coupé WRC car since the shakedown of the Rallye Monte Carlo 2020. But, surprisingly, the new design it’s not completely what they used in the pre-season tests, but an intermediate solution between that and the original design. 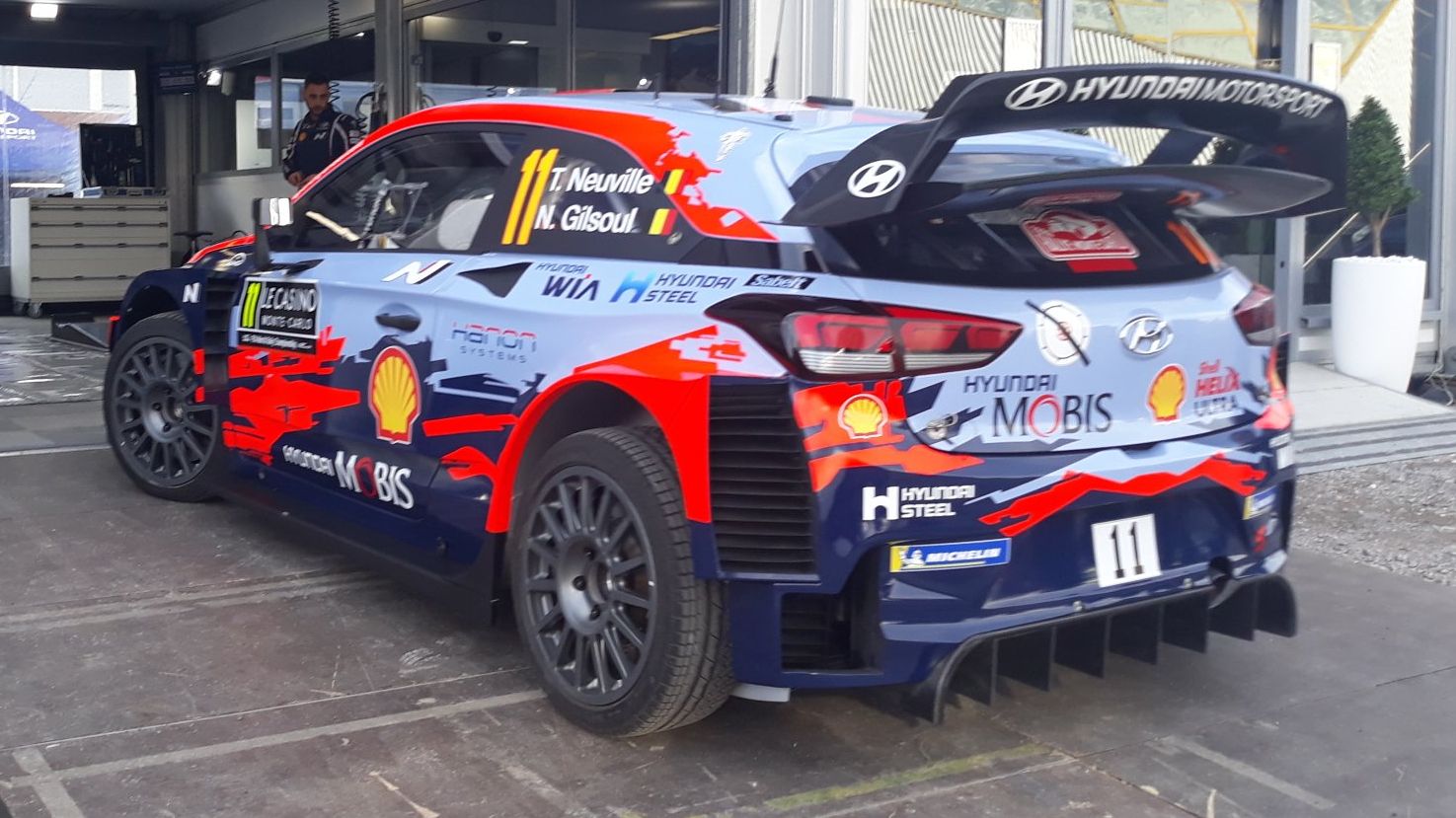 The diffuser used yesterday (picture above) has the geometry of the new design, but still the location of the exhaust gas exit is on one side of the car, instead of centered, as seen in the tests (picture below). 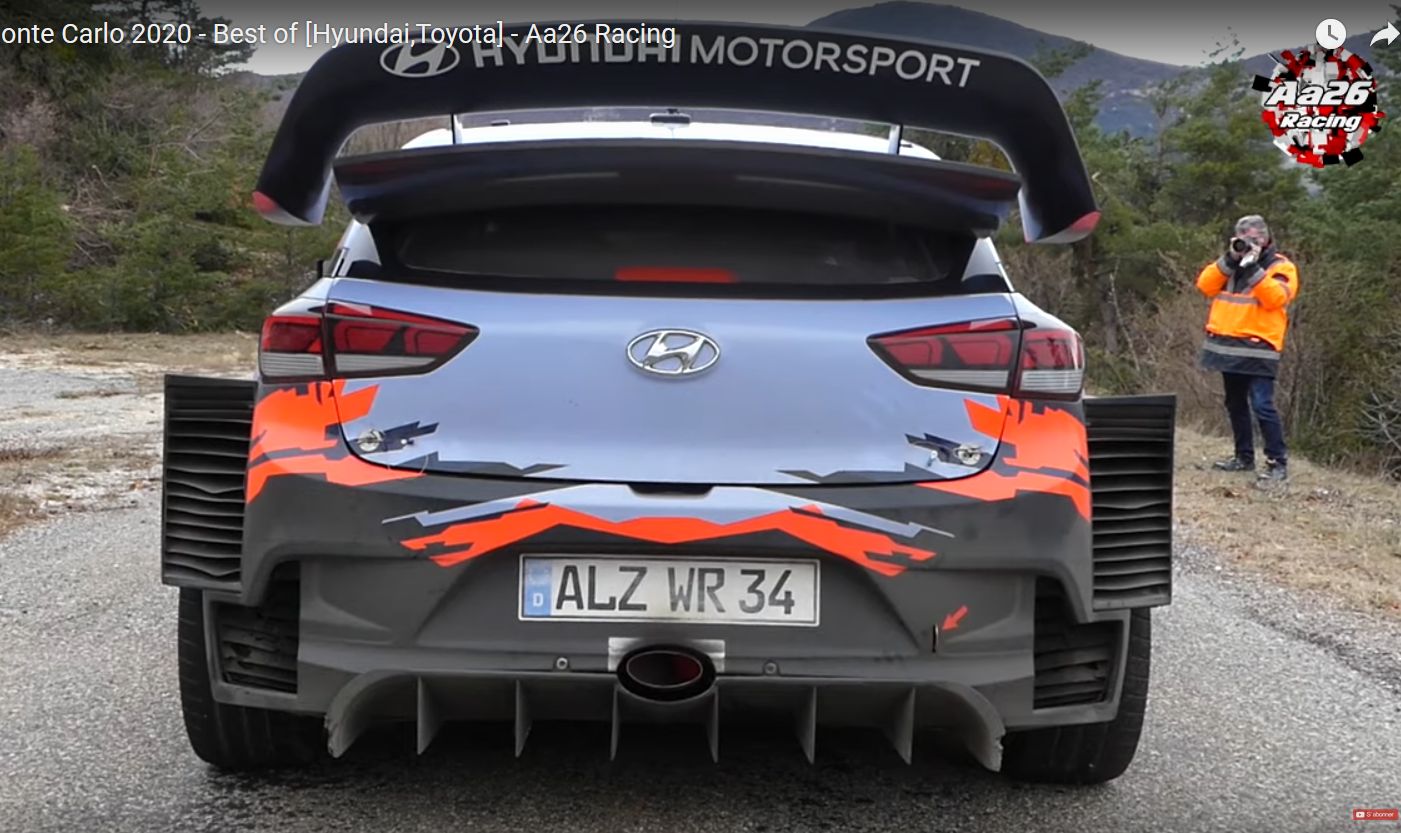 The new diffuser finally installed in the i20 Coupé WRC car presents significant modifications versus the original design used in the last three seasons. The main one is the change in the angle of the diffuser. 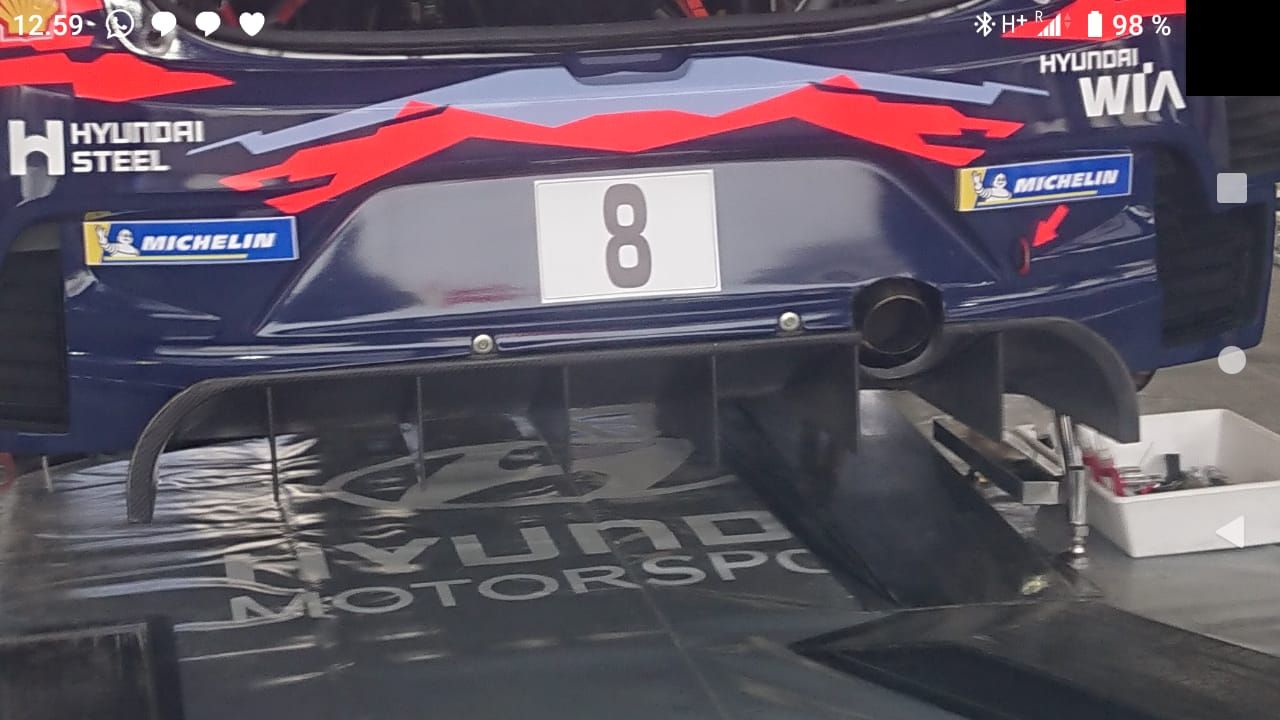 In the original diffuser, the angle changed along with the diffuser, from an initial estimated of 60º to a final angle of 15º, as shown in the picture below. 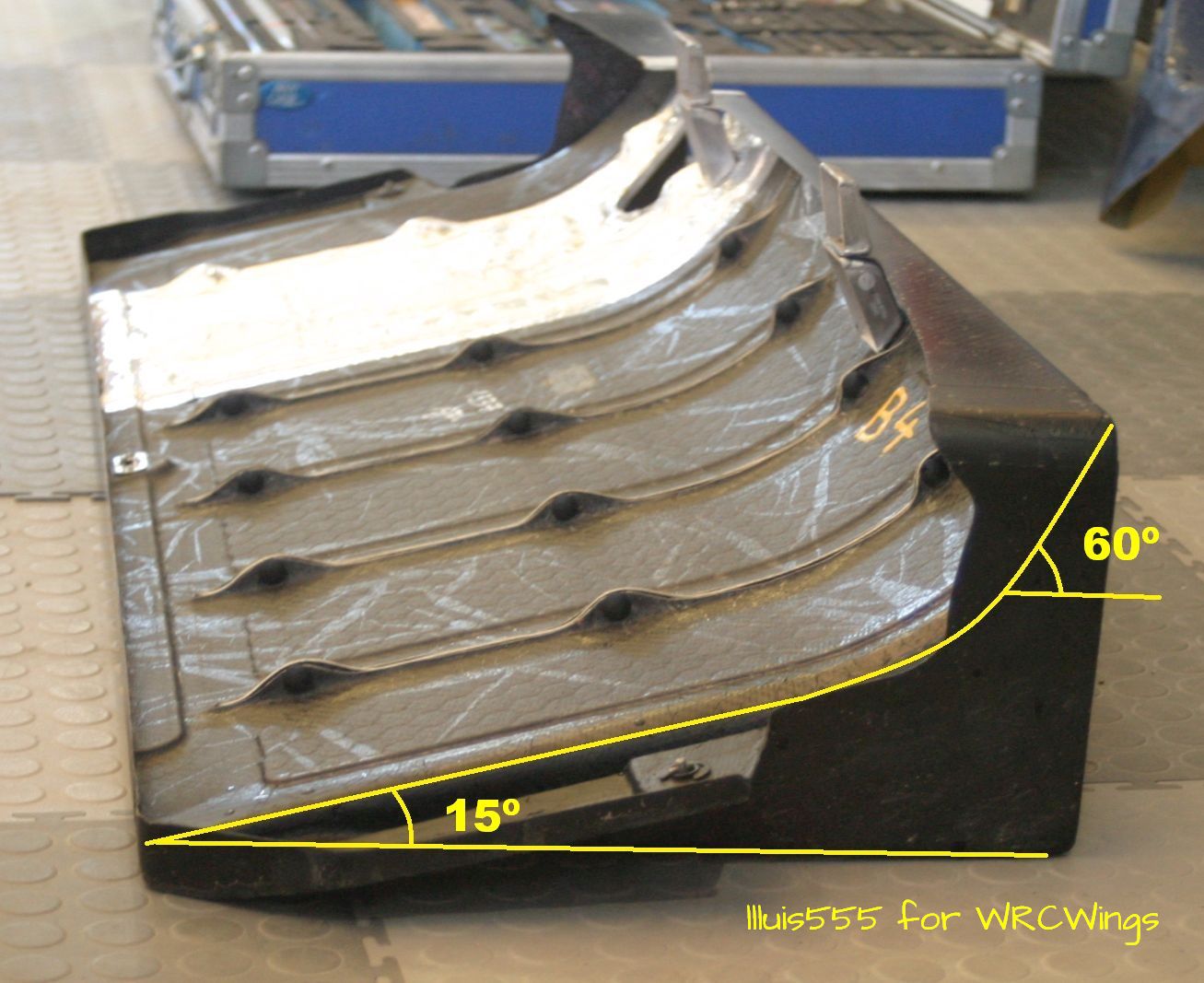 The new diffuser images seem to show that it has been designed with a steady angle. In case the length of the diffuser was the same, the average angle of the new diffuser would be around 25º. 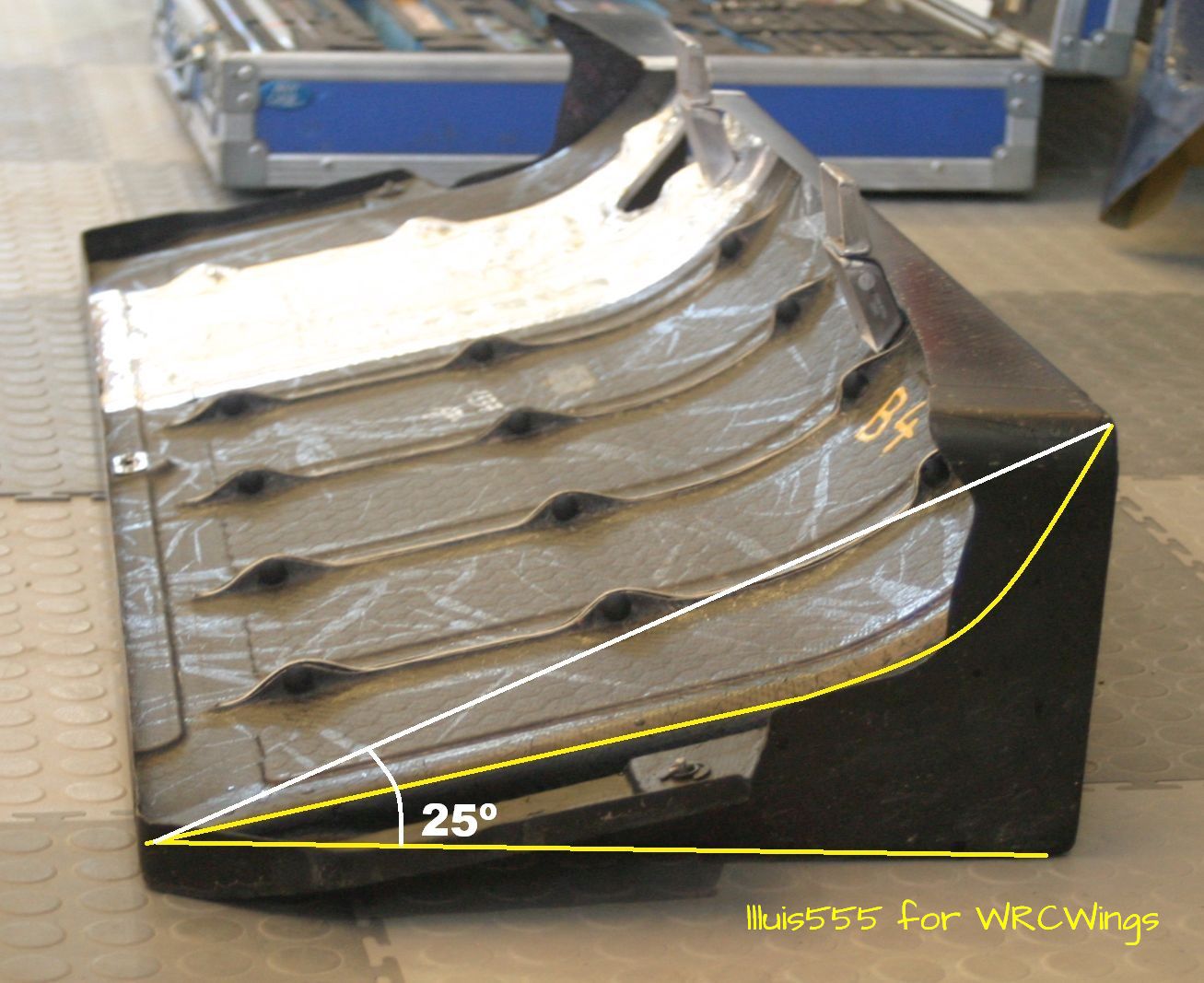 The angle of a diffuser is important because it determines the speed of air exiting the diffuser, as well as the airflow under the car. In the original diffuser, with a variable angle, the maximum air acceleration took place at the rear of the diffuser, so the resulting exit air speed was lower. The new diffuser design, with a steady angle, allows air to accelerate sooner, thus reaching higher air speed at the diffuser exit. As we know, the faster the air flows, the lower the pressure, which means higher downforce is generated. The conclusion is that the new diffuser will be more effective than the original, thanks to the different angle.

The second modification consists in the different shape of the diffuser edges, which have been rounded in the new design. Also, the vertical strakes of the new diffuser seem to be shorter.

The modification of the side strakes is probably a solution designed to increase the diffuser efficiency, as it allows the airflow on both sides of the diffusers to flow faster, as it is in contact with a round surface, rather than in the original design, with squared edges. 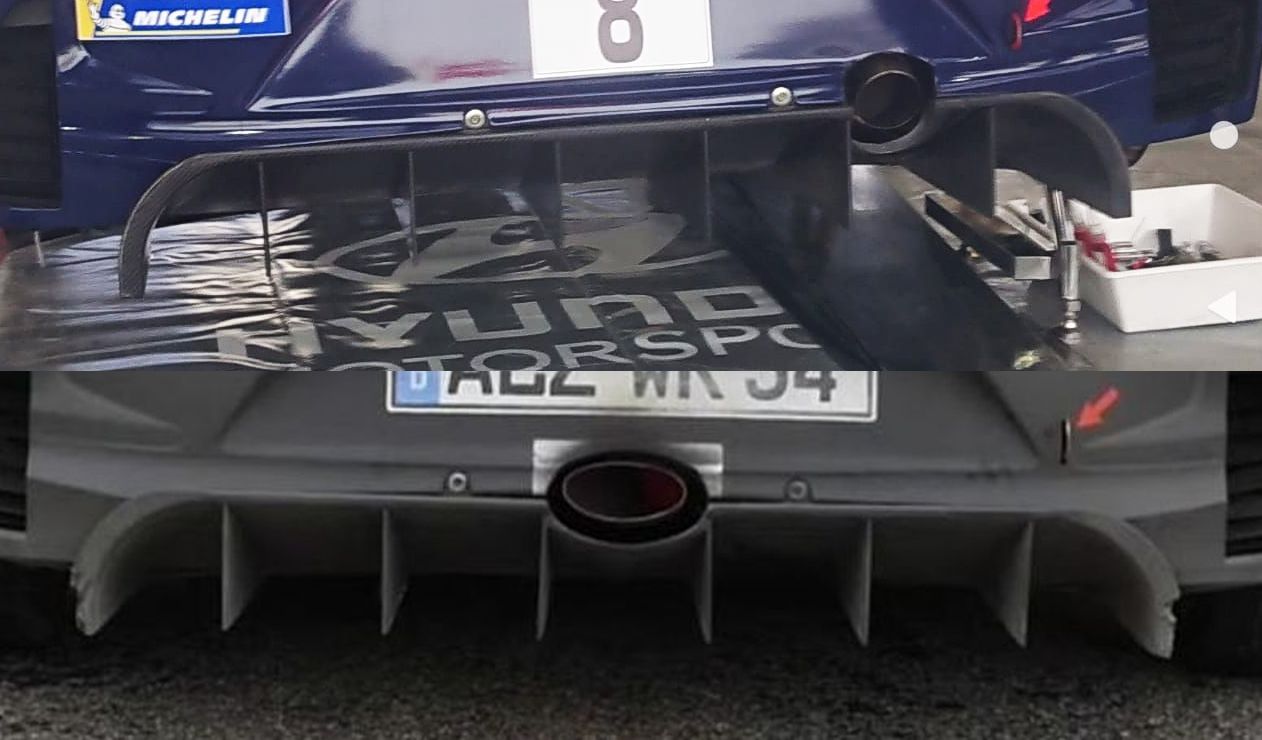 The diffuser seen in Monte Carlo seems to represent an intermediate step towards the configuration seen in the pre-season tests.

The question is then: why Hyundai does not take advantage of a centered exhaust exit? There are multiple possible answers, and only time will clarify which is the correct: might be that this configuration caused problems into the exhaust system (if gases exit was perturbed by the new design, gases removal from the engine would be slower, thus reducing engine power), might be homologation issues, might be too much downforce at the car rear has a negative impact on the car balance or, simply, they have identified that this configuration is the most optimal, in terms of downforce, after CFD and wind tunnel evaluation, as well as (most probably) tests in the team test track.

The comparative with competitor’s rear diffuser show that the Hyundai new diffuser is similar to that of the Fiesta WRC, but with important differences. The Fiesta diffuser (introduced in Finland 2018) is wider, with the ends located behind the wheels. Also, strakes are oriented towards the sides of the car wake. This probably causes that air exiting the diffuser interacts with the wake of the wheels, increasing its turbulence and contributing to generate more drag. It seems also longer and taller, but with a smaller angle, compared to the Hyundai (but this depend very much on the image disposition, so it’s really difficult to visually confirm). And, of course, the location of the exhaust gas exit, which is centered in the Fiesta.

The comparison with the Toyota Yaris WRC shows that this is also a bit wider than the Hyundai new diffuser. It seems shorter, and with a higher angle. It contains only 4 strakes, versus 6 in the Hyundai diffuser, while the side channels have a smaller area than the central channels in both cases. 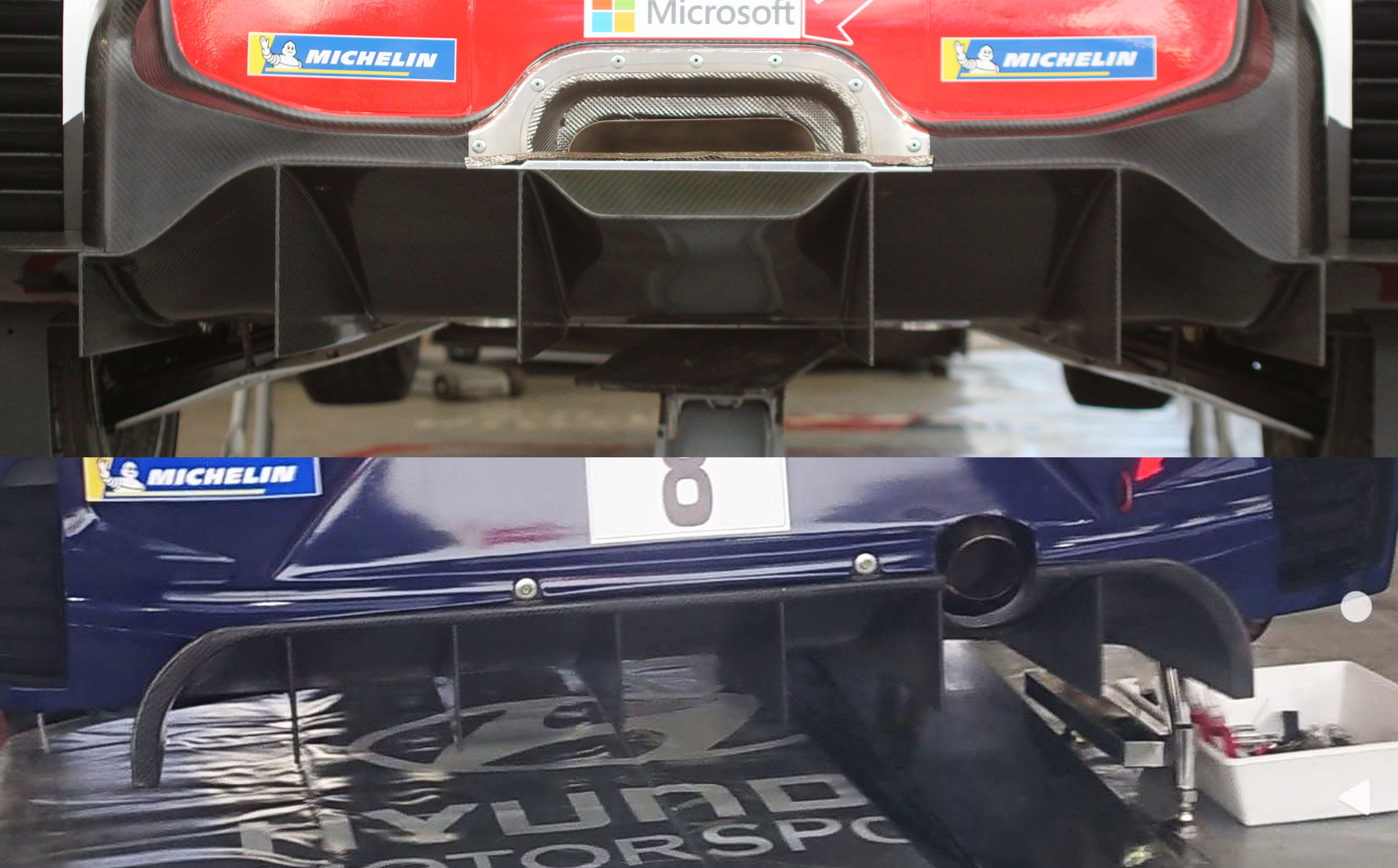 Whether Hyundai will continue to use this diffuser or they will shift to the design seen in the pre-season tests is something we will know in the next weeks. It will probably depend on the results the team obtains in the first events of the season. In any case, this is a significant improvement over the original design. 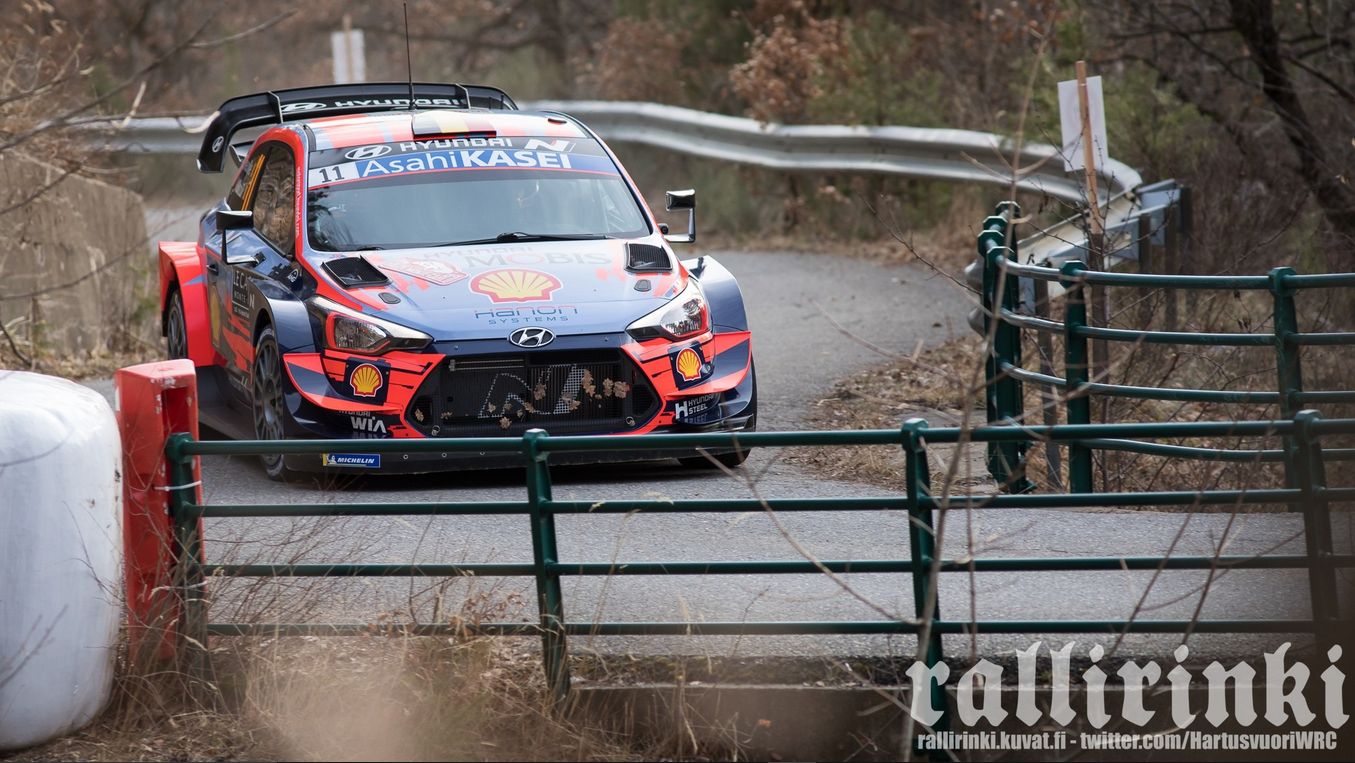 The rear diffuser is the main aero modification introduced by Hyundai in the car for the 2020 season. The roof scoop has also been modified, as we saw in pre-season tests. And, according to Thierry Neuville in this interview, also the undercar has been modified before Monte Carlo, to make it even flatter. The result is air can flow even faster, and pressure is reduced under the car, increasing downforce all over the car surface.