In spite of the special conditions this year, Rally Sweden continues to be one of the most specific events of the year and the only winter event of the season. Low temperatures, snow over ice on the roads and (hopefully!) snowbanks on both sides of the roads represent a unique environment for the WRC cars. The car preparation is obviously very different to any other event. And the aerodynamics are also very specific there, due to the extreme conditions. We will review what’s the impact on the aerodynamics in the next lines. 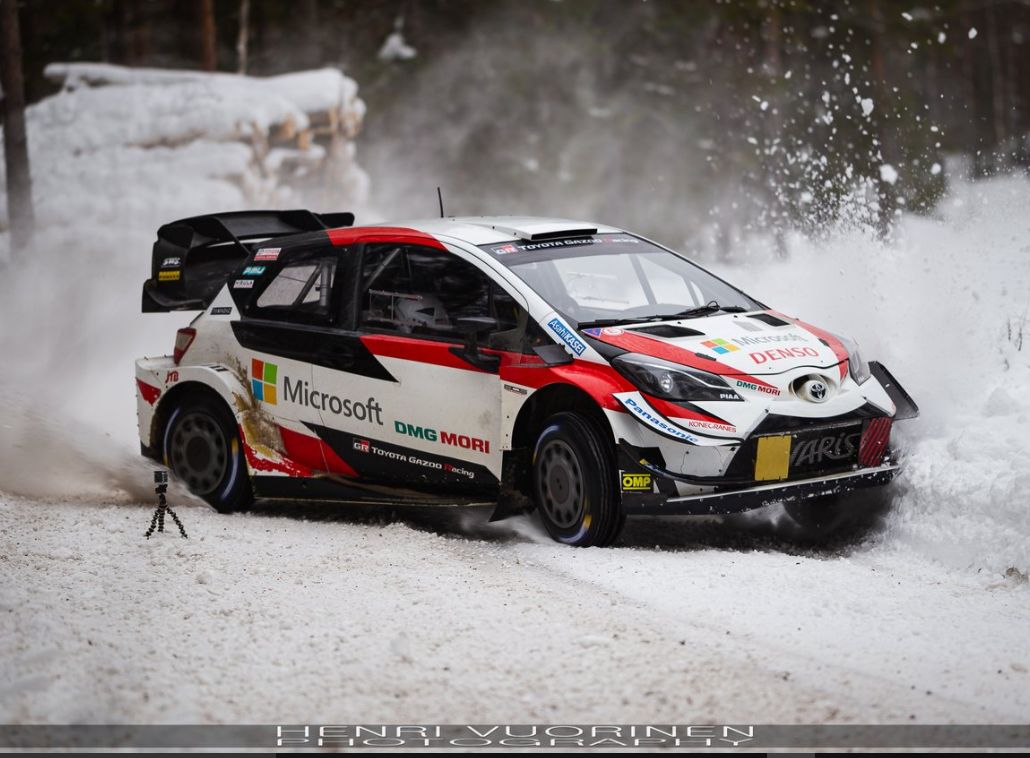 Low temperature means air is denser, that is, heavier: there are more molecules of air in the same volume. Conversely, to what happens in high altitude stages, a more dense air means that it generates more resistance (more drag), for what top speed can be reduced with respect to other events. But there is a positive effect: due to the higher density, the air is more effective in generating downforce by exerting a higher pressure over the front splitter, the dive planes and the rear wing. The consequence is a higher grip, something really welcome on such a slippy surface.

Conversely, more dense air flows slower under the car, so pressure increases and less downforce is generated. The downforce balance is then somehow compensated, while the drag increases, due to denser air.

In terms of refrigeration, low temperatures are welcome, as air has a higher cooling capacity (by higher temperature difference). But care has to be taken not to excessively cool down the engine. Working at too low temperatures can reduce engine performance. This is the reason why WRC cars use ‘blockers’ to partially block the entrance of air into the engine bay. Lower airflow means lower cooling capacity, allowing the engine to work at the optimum temperature range. However, the use of blocks has some (small) impact over drag, as they represent an additional contribution to airflow (resistance). 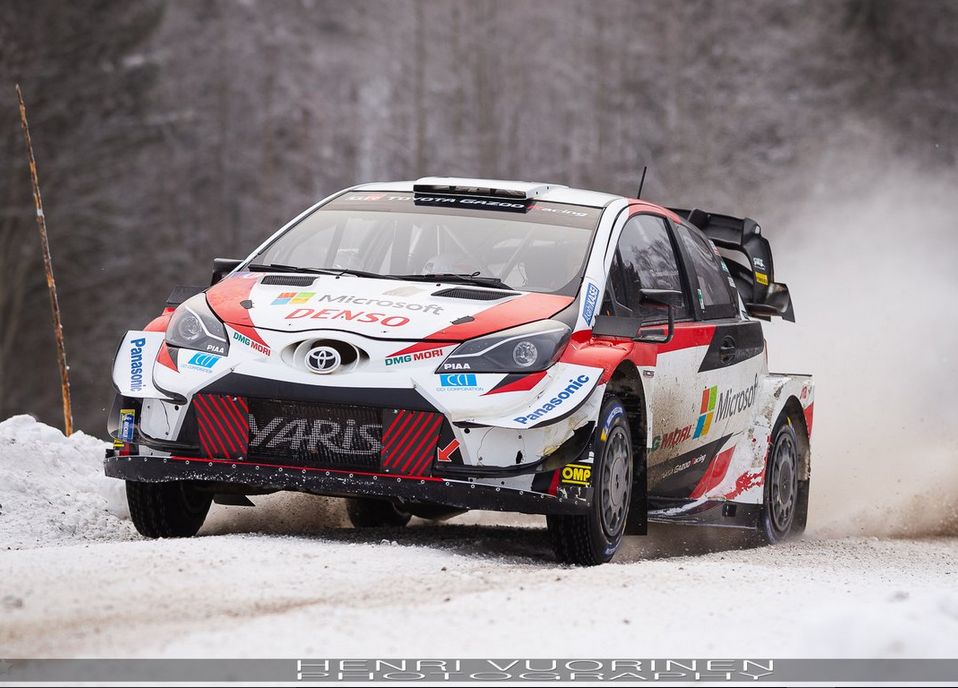 To reduce the contact surface with snow and ice, the wheels used in winter events are significantly thinner than usual gravel tires. The thinner the tire, the thinner the wake air generates behind it. As rear wake is associated with turbulence and drag, a reduction in the wake of the wheel means a reduction in drag caused by the car wake. Some authors estimate that the car drag is reduced by 2% for each 5% in tire width reduction. Which is a lot! 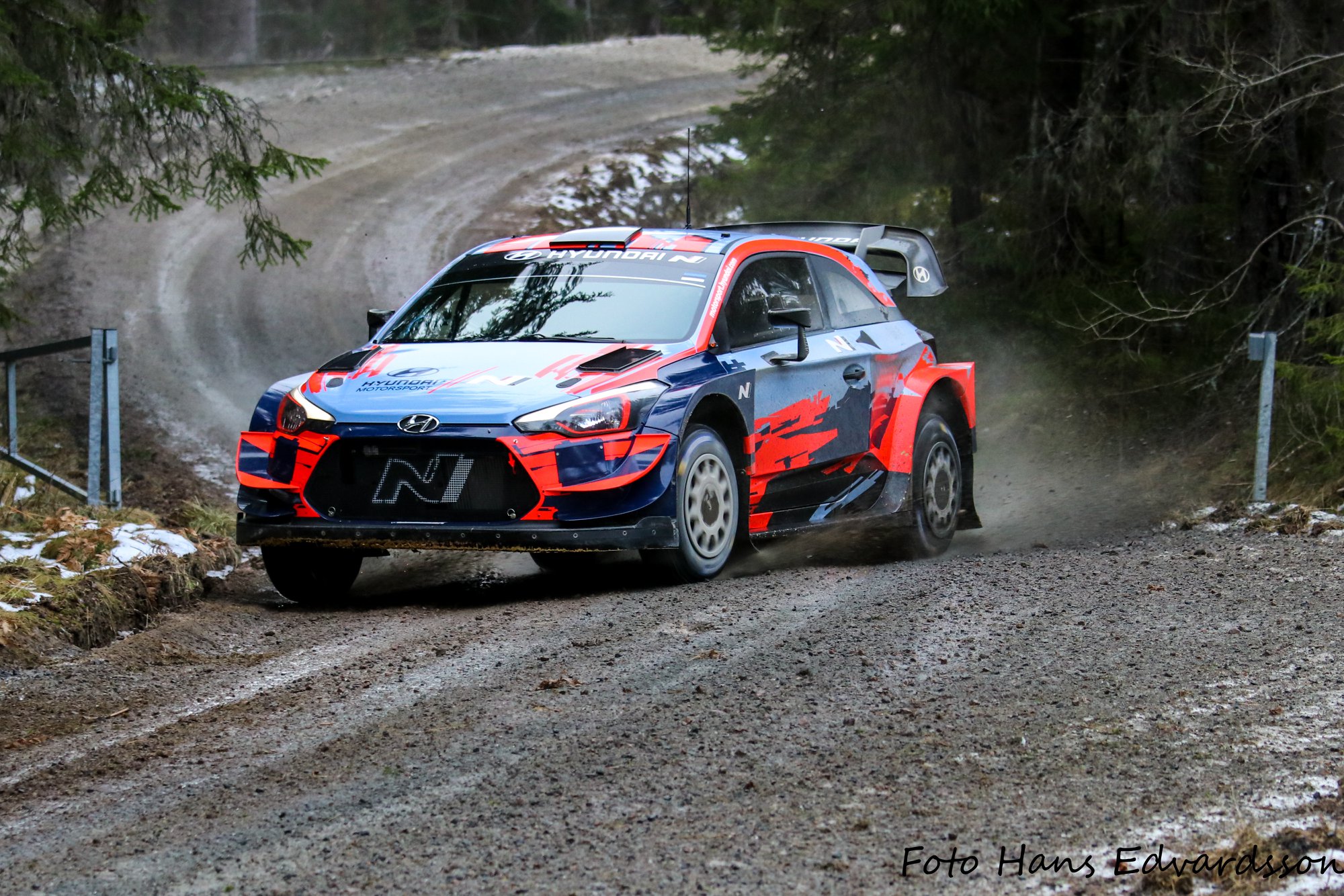 As in gravel events, the ride height of the car in a winter event needs to be increased to avoid impacts with rocks. This means the car frontal area ‘increases’. And the higher the frontal area, the higher the car drag. Also, the higher the ride, the higher the amount of air is able to enter under the car, which means higher pressure (as it can flo as fast). The result is a loss of downforce generation across the whole car. 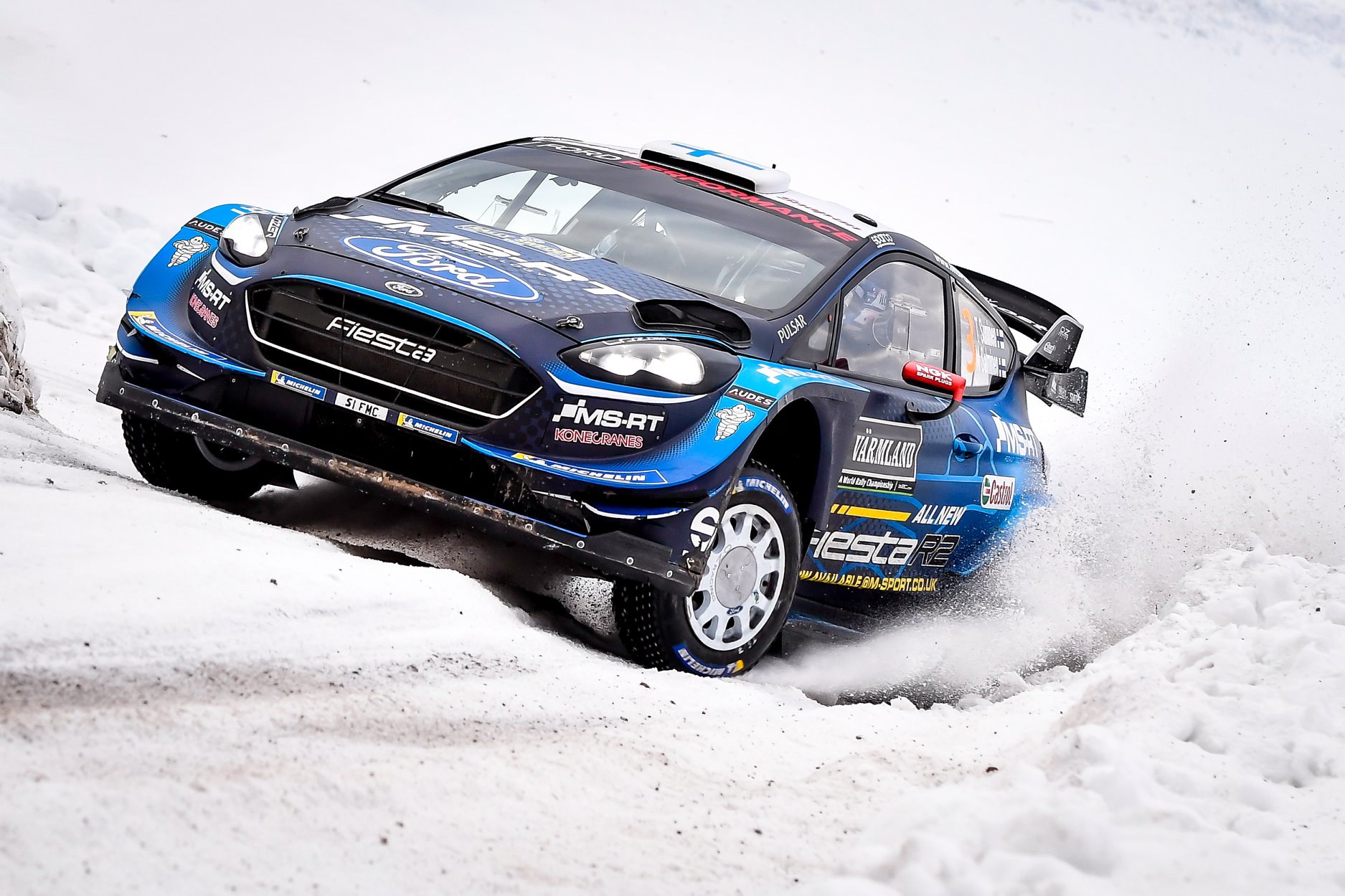 Although probably scarce in this year’s edition, snowbanks on both sides of the road are really useful, as drivers use them as an additional brake complement. But this strategy has a risk: it increases potential damaging of aero devices, especially dive planes and rear fender vents. With the current aero configuration, more developed than in previous WRC car generations, losing one of these parts can have a serious impact on car handling, so drivers have to be really careful to avoid losing any of these parts. Also, snow accumulation in rims and fender vents can lead not only to poorer refrigeration capacity but to lower air removal capacity, which can generate lift (pressure), which is the opposite of downforce. 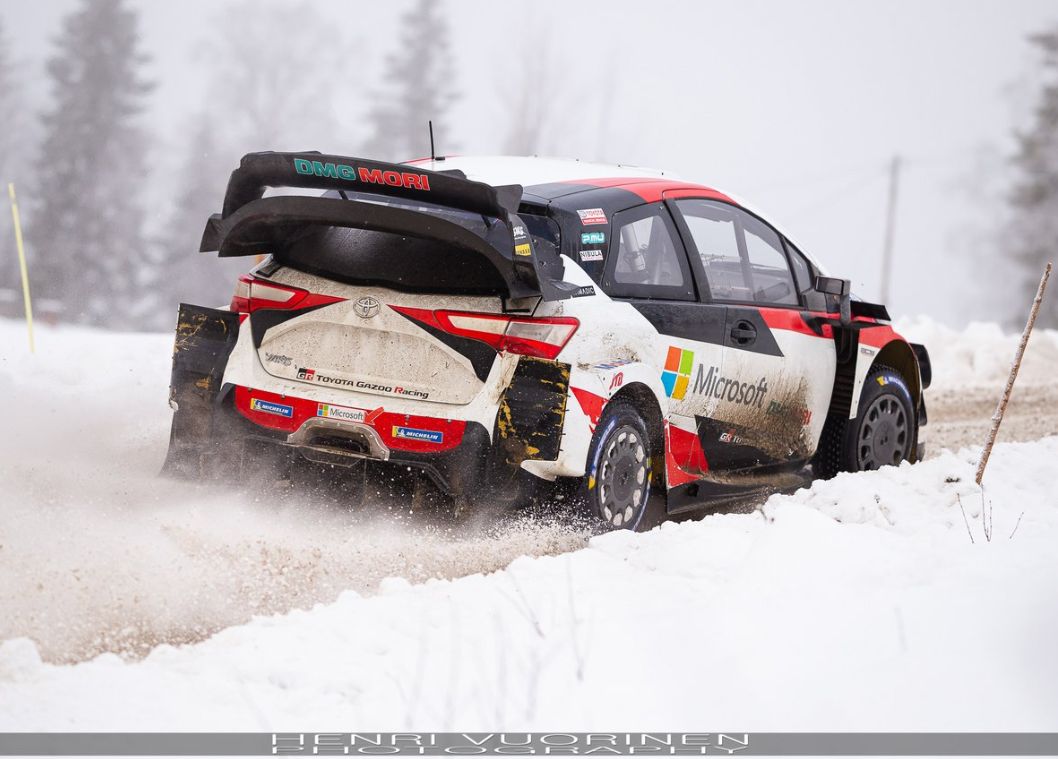 To avoid this problem, some teams use vents with fewer separators (such as Toyota in the next picture) or reduce the surface o the fender vent by adding plates at the bottom of the vent (such as Ford). And some even add protection (like Toyota in the upper photo) to avoid snow being thrown backward, which might be dangerous for spectators. 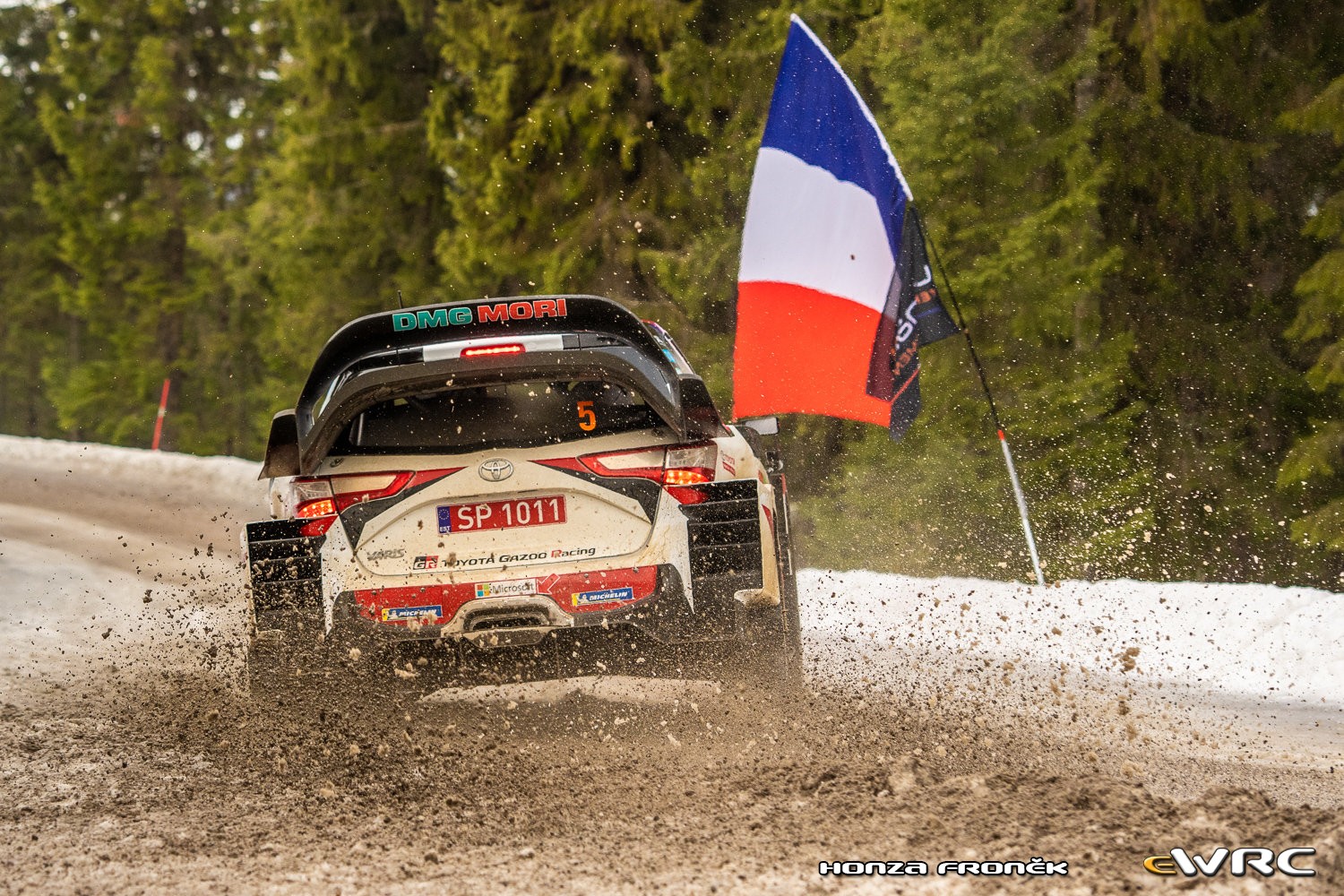 In summary, the conditions in a winter event like Rally Sweden allow generating some more downforce, but also a small increase in drag. As soon as Sweden is the second-fastest event of the year, all factors that increase drag and reduce downforce need to be taking into consideration, as the consequence is a reduction in top speed… nobody wants.