Due to the current interruption of the 2020 WRC season, we wanted to spend some time to reflect on topics like the aero development of the current WRC cars, the relationship between safety and aerodynamics (following recent Tänak accident in Monte Carlo), or the impact on aero of the new regulations for 2022 that FIA has made public in the last days. We asked Mads Østberg to give us his vision, and he quickly and gently accepted our invitation. His very interesting answers about these topics and some others are included in the present post. 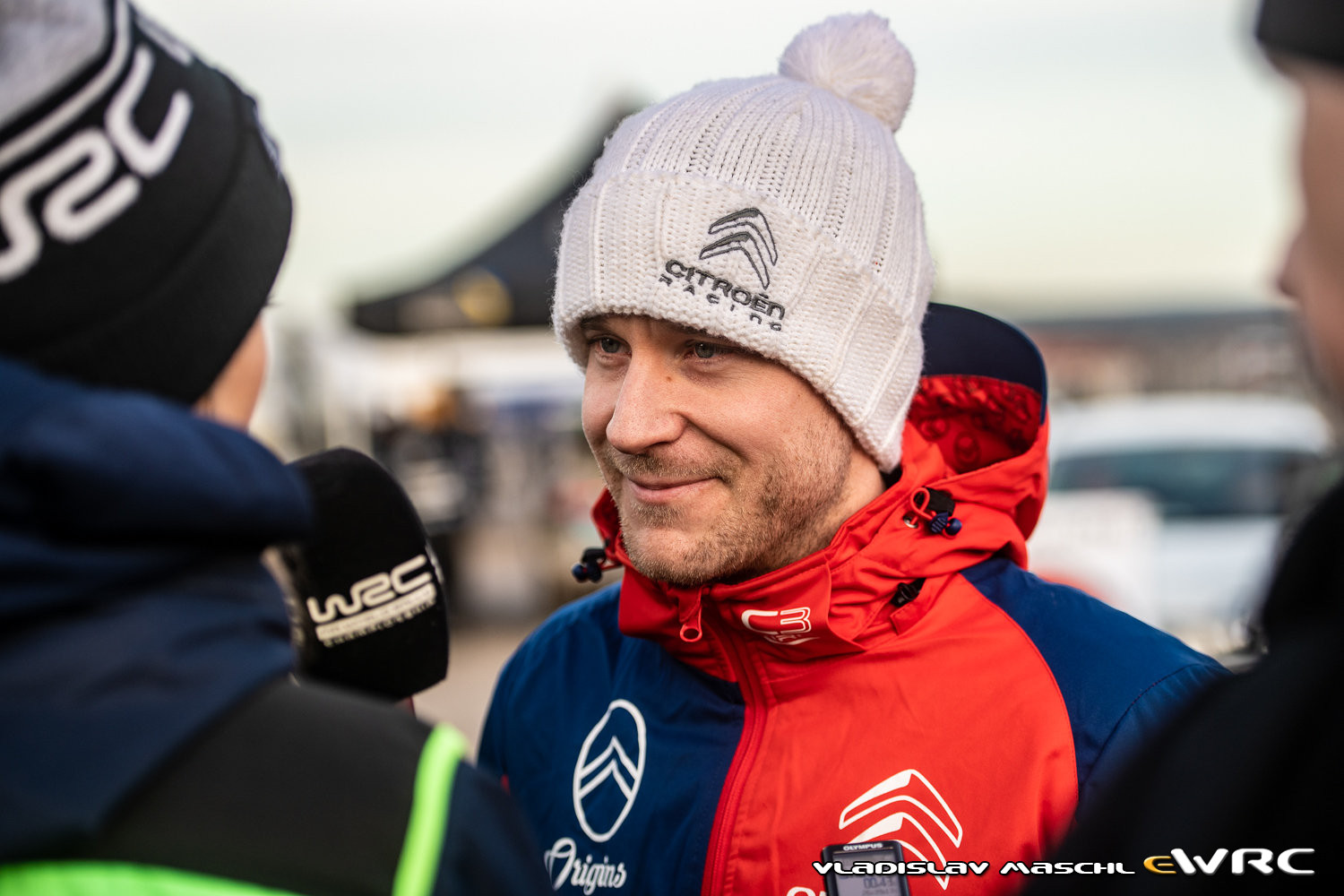 Mads (Våler, Norway, 1987) is one of the most experienced drivers of the current generation. He made his first appearance in the World Rally Championship in 2006 and, since then, he has been regularly competing at the wheel of three different manufacturers’ cars: Subaru (as a privateer), Ford and Citroën. He has achieved one victory (Portugal, 2012, with Jonas Andersson as codriver) and other 17 podium positions in the top category (two of them at the wheel of the Citroën C3 WRC in 2018, with Torsten Eriksen as codriver), as well as five victories in the WRC2 and WRC2 Pro categories (same codriver)*. He is one of the few drivers who has driven more than one WRC car of the 2017 generation (the Fiesta WRC and the C3 WRC). He has also wide experience in the WRC2 category, where he has driven and developed the Citroën C3 R5, as well as a very good reputation in the jumps in WRC stages, where he has obtained several trophies for reaching the longest jump. 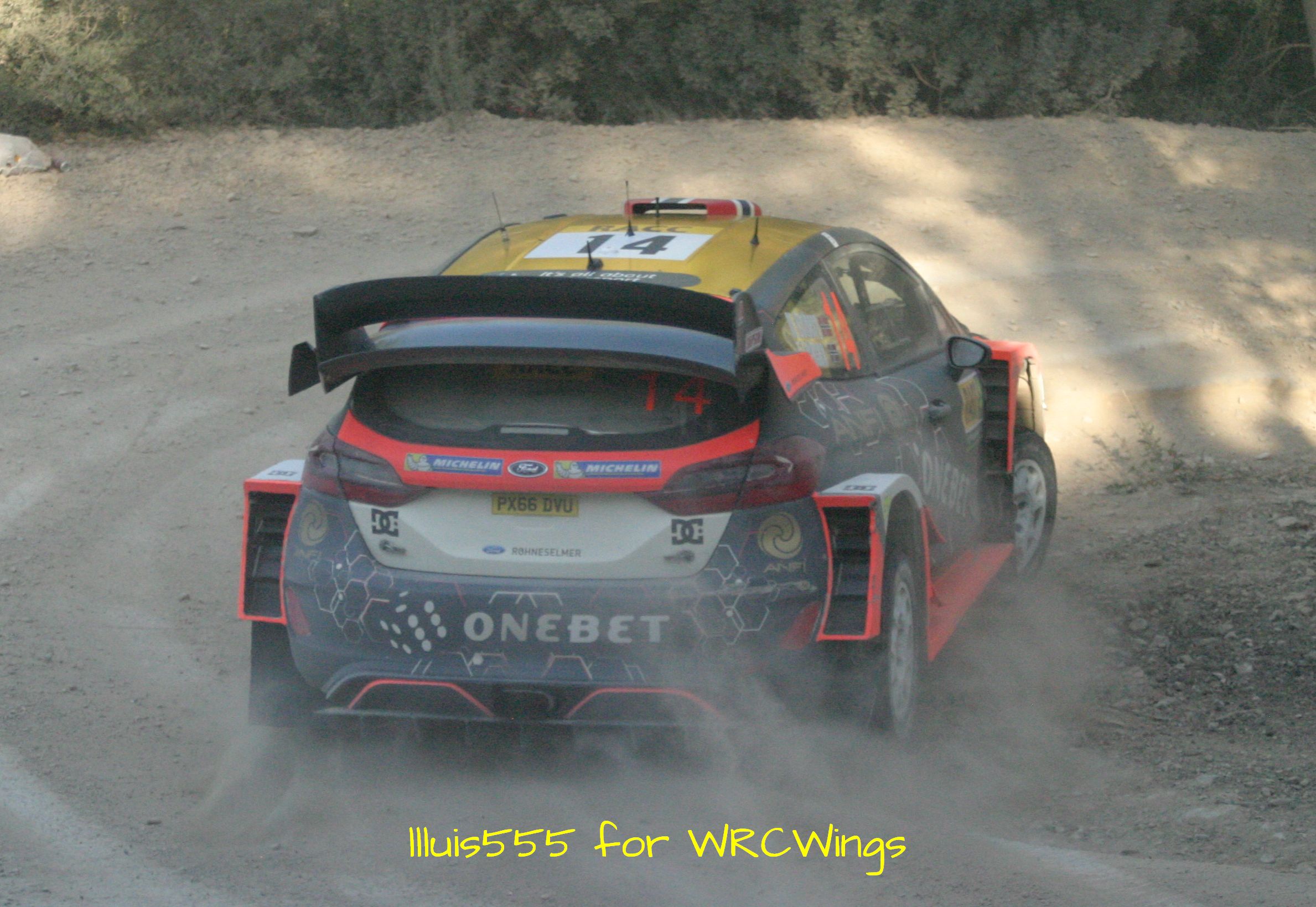 WRCWings: Mads, you have driven the Fiesta WRC and the C3 WRC. What are, in your opinion the main differences (in terms of aero) between both cars?

Mads Østberg: It’s not such a big difference in the aero on the two different cars. Probably the Fiesta has a bit more front aerodynamic than the C3. I did only one private year with the Fiesta and then a proper year in the C3 WRC so it’s no so easy to compare the two cars because I had a better feeling and more experience with the Citroën. For sure, I prefer the Citroën over the Fiesta.

Good point to know that the front aero of the Fiesta works so well. Also, it might surprise that he prefers the C3 WRC over the Fiesta, but he got very good results with it, and he participated in his development for more than one season. 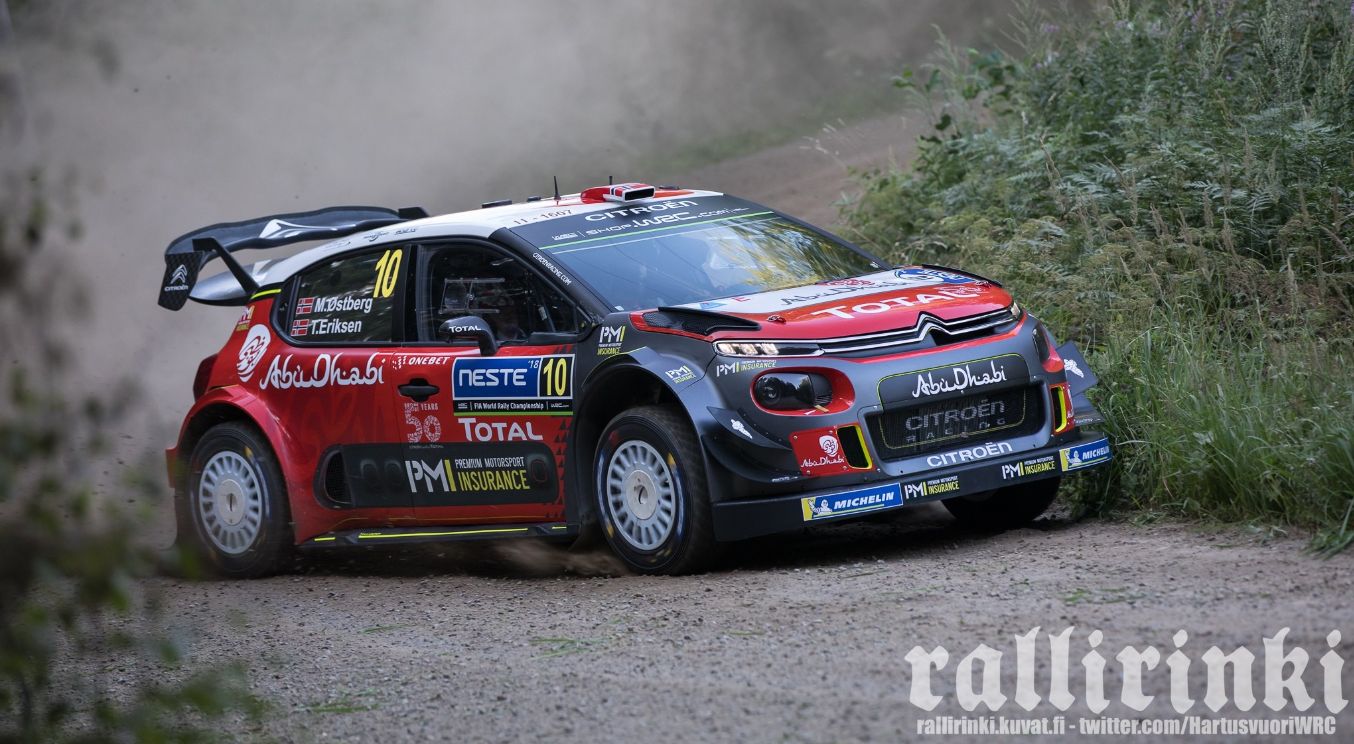 WRCWings: The new aero package of the C3 WRC we saw in October last year was a big improvement according to Esapekka Lappi. You also tested it in Finland, do you share his opinion? What was your feeling when you drove it, compared to the original configuration?

Mads: I definitively share his opinion, I did a couple of days in Finland with the car, it was a big step, especially on events like that. It’s a shame we never saw that new aero package competing in an event because I think it would be a huge step for the C3 WRC car, so that was a shame.

WRCWings: The main modification of the new package affected the front of the car, with an innovative design (at least for a WRC car) of the dive planes. What was your impression, did it make a big difference for the front wheels/understeer of the car?

Mads: Yes, the biggest difference was on the front but it was a big difference on the rear as well. It was not so visible but it was massive anyway. The front was much more stuck to the road, more reaction in the car, better jump balance as well, it followed the crest a lot better, it was a nice development step for the car.

He confirms the excellence of the new rear wing design, also in the C3 WRC. It’s no surprise that, some months later, Hyundai adopted a similar design for the i20 Coupé WRC. And, again, what a pity not to have taken advantage of such a big and successful development effort.

WRCWings: After Ott Tänak/Martin Järveoja’s accident in Monte Carlo, some voices pointed out to the too developed aero of the current WRC car generation as one of the reasons behind the high speed that these cars are able to reach. In your opinion, do the current aero packages make cars safer or unsafer? What makes you feel safer, driving a current WRC or a pre2017 WRC car, like the DS3 WRC?

Mads: In terms of safety, for sure Tänak’s crash in Monte Carlo was a massive accident, but for me, it was not connected to aero, to be honest. I think it was a lack of experience with the car. I had some other similar experiences when I swapped from Fiesta to Citroën back in 2014, where, in a very similar corner, I had an impact and went off the road in Argentina, not as a big accident as Tänak of course, but when you change cars there is always a difference in characteristic, in strong and weak points. I think it was just a misjudgment and lack of time in the car. I do not think that the new aero package makes it unsafe. I think that the most important is to continue the development of the seats and belts and helmets and Hans devices and this kind of thing. I definitively feel safe in the cars these days and I think Tänak’s crash is really a confirmation on that. I felt safe in the old WRC car and I feel safe still. 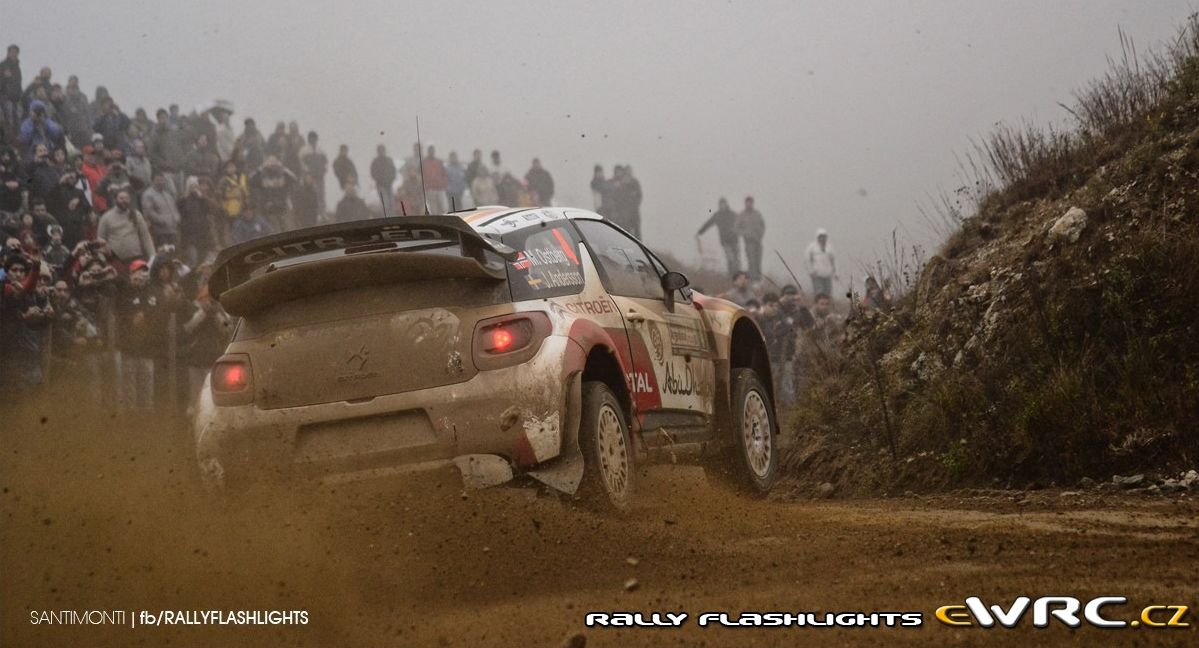 WRCWings: Every day we are aware of more details about the new cars for 2022. Regarding the aero, the news from FIA says that the new regulations will include a reduction in rear aero devices and hidden ducts. If this is true, the car balance might be altered. What is your opinion about this proposal?

Mads: We obviously still learn more about the new regulations. It seems like there will be a change in the aero package, which I think is positive, I do enjoy the big aero on the new cars but I think it’s too open regulations at the moment, you need to bring down the cost a little bit, you need to make it a little bit easier without any too much hidden ducts and so on and I think they are doing that, which I think is really positive. I’m sure by reducing some rear aero they will also reduce some front aero, so the teams will probably be aware of that and work to keep a good aerodynamic balance through the car. I also support the change of regulations from FIA about that, I think aero is fine but it should be simplified a little bit.

WRCWings: What do you expect to have bigger impact on the new car’s performance, a smaller wing or a simplified rear diffuser (such as those of the current R5 cars)?

WRCWings: The new cars are expected to include the current engine in a hybrid system with a five gears transmission. But also, no central differential and a simplified suspension will definitively have an impact on the car behavior, limiting the benefits of the aero package. What is your impression?

Mads: The new transmission will be probably closer to R5 gearbox than what we see today, which I think is positive. No central differential I also think is positive, as it narrows down the possibilities with the settings, which is good: if we want to have new manufacturers you need to simplify things a little bit because to catch up with Toyota and Hyundai these days is hard work, you need to test a lot and for new factories that would be really hard. I’m positive that they are limiting the possibilities. A reduction of aero is positive, not too much but to simplify and to save some money on the carbon parts, simpler gearbox and differential is really positive. The changes in suspension may be positive too. I think the changes are going in the good way and I hope that can allow new manufacturers to enter into the Championship.

It’s a very good point, in our opinion too, to simplify things (also aero) to reduce costs, but without backing off too much. The goal is to attract more manufacturers into the Championship, and we all agree that this is what the Championship needs. 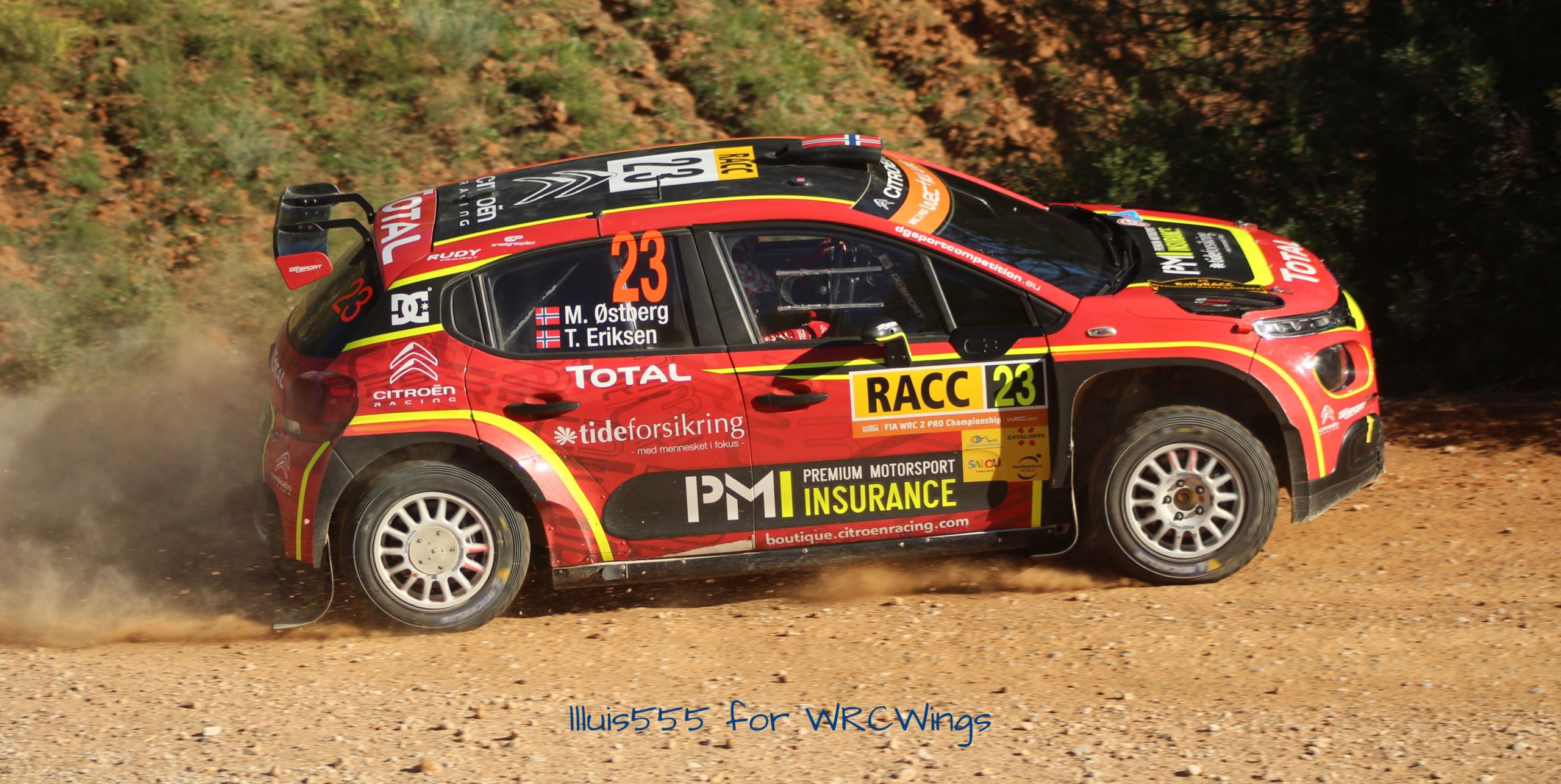 WRCWings: You have wide experience driving both WRC and WRC2 cars. What are the main differences for you, in terms of aero?

Mads: There is a massive difference between WRC and WRC2; on some events obviously you don’t feel it is so well, like in the slower and rougher events, it’s not such a big difference, but for sure you have some fast events like Sweden, Finland, probably New Zealand this year, Australia and also the tarmac rallies where the downforce makes a huge difference. The high speed is the bigger thing, so that’s when it is really a big difference. You can enter the corners a lot faster, you can carry much more speed through the corners as well, it’s just high speed everywhere, especially when you pass 120-130 km/h.

Even though such massive differences, he has been doing a very good job both in the development and the driving of cars in both categories, which confirms the quality of Mads as a top rally driver, with very interesting opinions really worth to share. Big thanks, Mads!