Early this week the FIA published the updated list of Homologation Vehicles and extension (20.04.2020 version) with the detail of the different homologations each WRC Manufacturer has made until March 1st, 2020. The information included in this list allows us to make a balance of the homologation jokers used in 2019, in 2020 as well as in the period 2017 to date, for each Manufacturer, with special attention being paid to the modifications affecting aero parts.

As in 2018, teams were allowed to use 3 bodywork jokers and 3 engine jokers. More info about homologation rules and types in this post.

The table below shows the summary of (bodywork and engine) homologation jokers (ERJ) used by each team during 2019. For each joker, the number of homologation/number of type of homologation, the date and the description of the part modified are included, according to our files. 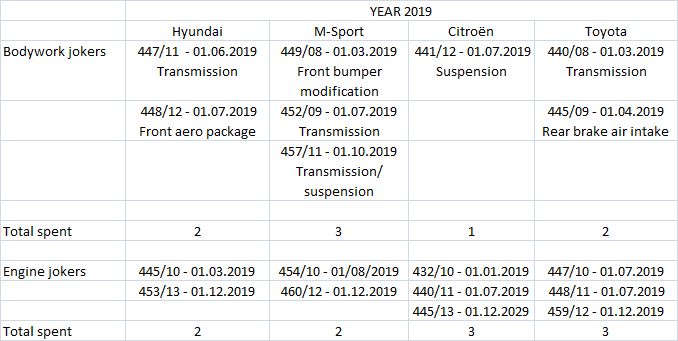 Some conclusions can be drawn from the information contained in the table:

– Toyota Gazoo Racing WRT did not use a joker but an Erratum (ER) for the modification of the rear wing before Rally Turkey. An ER is used when a part replaces an incorrect piece of information previously included by the constructor on a form and does not compute as a joker. 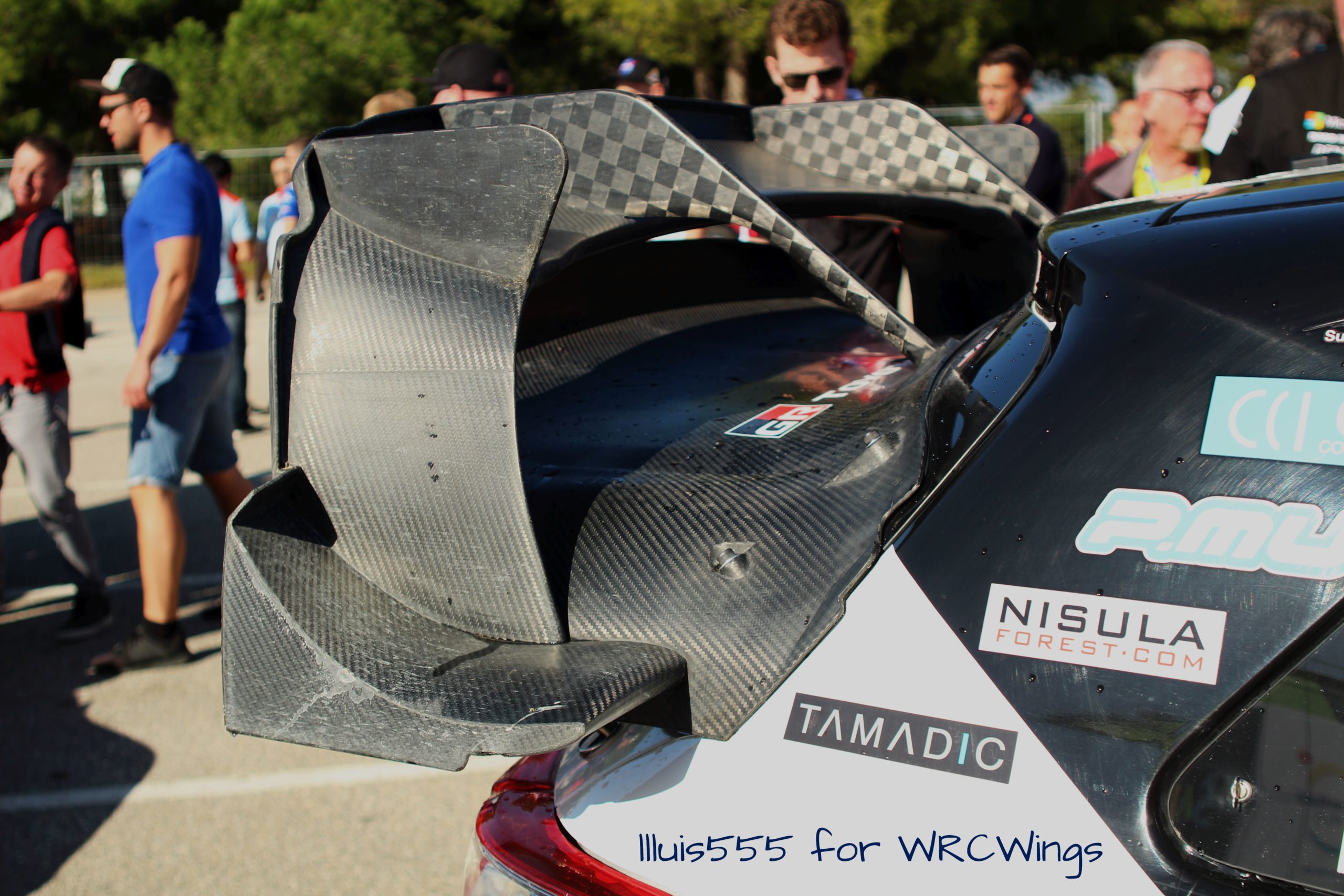 – Citroën Racing did not use any bodywork joker in 2019, while, surprisingly, the team used one engine joker on December 1st, 2019…. even though they had already announced their withdrawal from the Championship!

For the 2020 season, again 3 jokers are available for the bodywork. The table below shows the summary of the jokers used per team since the start of the present year, again with the aero part we estimate it has been included in each joker. 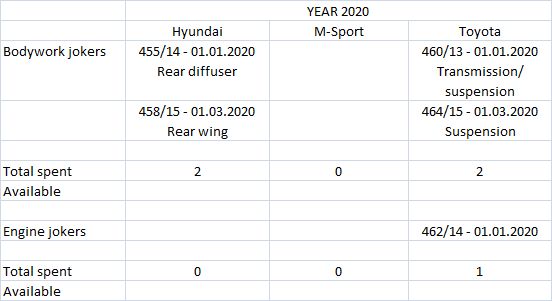 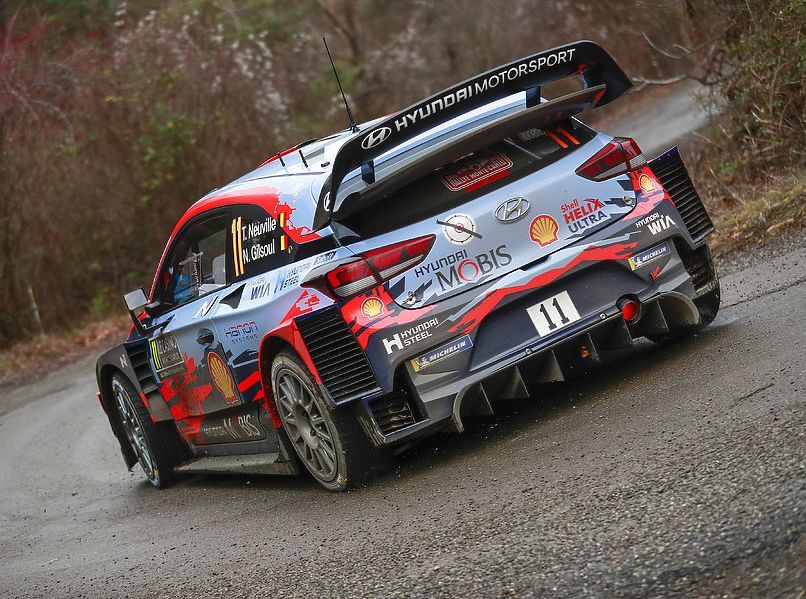 During the first months of 2020, Hyundai WRT has been the most active team, in terms of bodywork jokers used on aero parts modifications. Two jokers have been used, one for the modification of the rear diffuser presented in the Rallye Monte Carlo and a second one for the new rear wing used in Rally México.

Toyota Gazoo Racing WRT has been working on the improvement of suspension and transmission issues, while M-Sport Ford WRT has not used any joker yet.

During the first three years of the 2017 WRC car generation, multiple modifications have been implemented by the teams. The table below shows the summary per year and the total summary of the period.

Homologation list per team since January 2017 to present (March 2020)

The detail of homologations of aero parts per team is included in the list below. 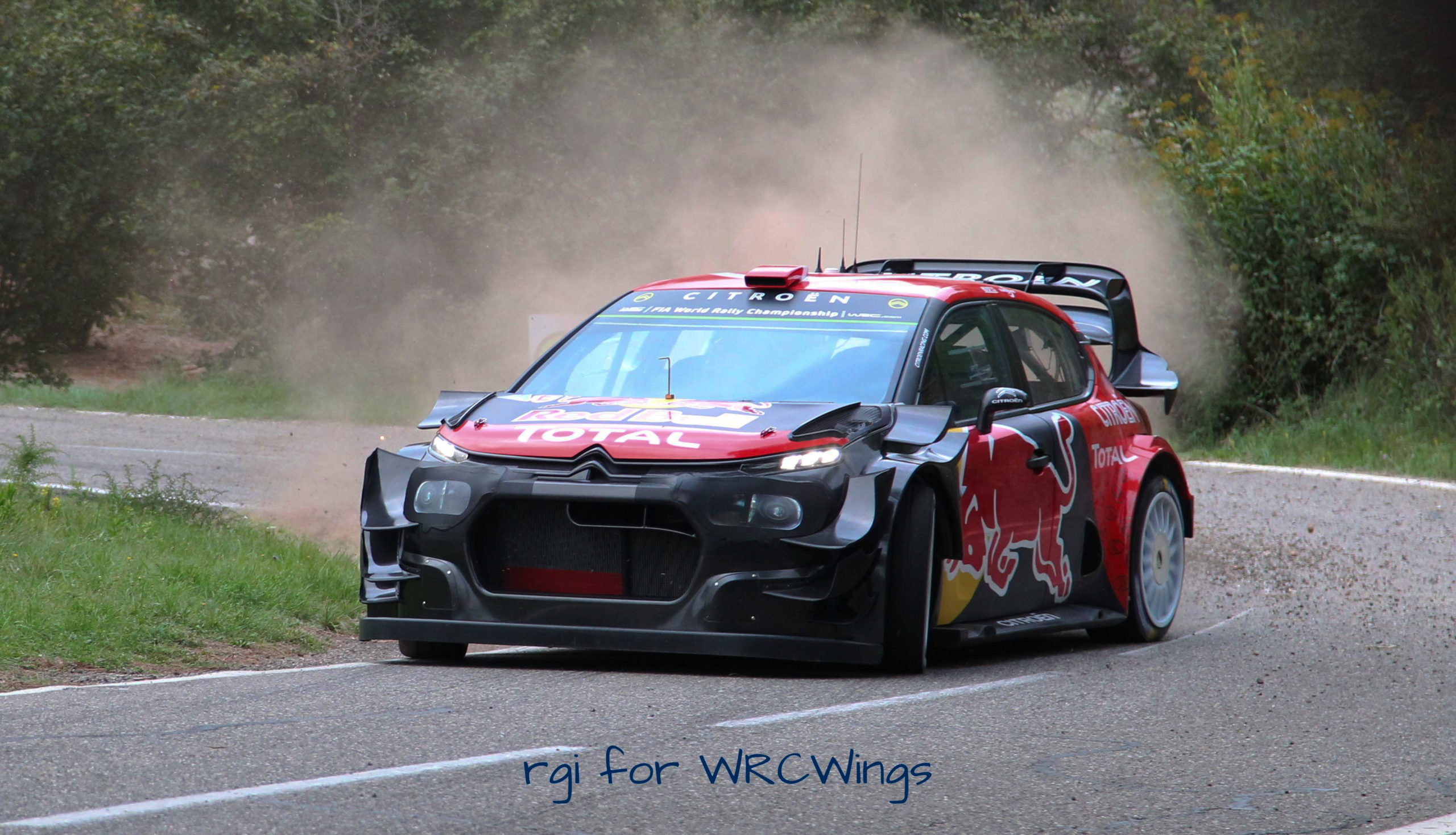 The list does not include other homologation types, such as Variant Option (VO), which are used when the parts modified do not require the use of a joker (according to the regulations), such as louvers in fender openings, or fans in radiators. For instance, the recent modifications in the number of louvers in the rear fenders of the Toyota Yaris WRC or the Ford Fiesta WRC have been homologated through VO.

The list also confirms that most of the modifications that the teams evaluate in the test are implemented and homologated. Only a few parts are tested and discarded, such as the aero parts tested by Citroën already mentioned, or the Hyundai’s rear diffuser seen in December’19 tests, with the exhaust gas exit positioned at the center of the diffuser, which, for the moment, has not been homologated (the reposition of the exhaust gas). 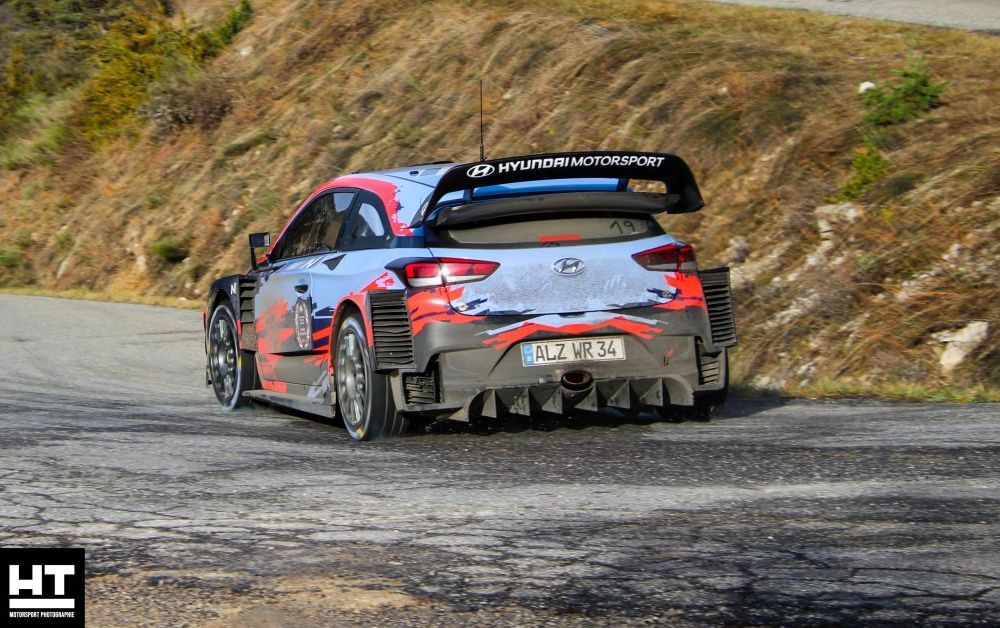