The aero device most of WRC cars have above the boot lid, over the rear window or at the rear of the roof is often named as a spoiler or rear wing indistinctly. This is a common mistake many people (including ourselves) make, as spoilers and rear wings are different in shape and they have different purposes. In this post, we will try to explain what is the role of each one and we will give some clues of how to name them correctly.

A spoiler is something that spoils. Spoiling is, according to the dictionary, to damage something so that it loses part of its value, beauty or usefulness. When thinking about air, a spoiler is used to damage (to disturb) the airflow. 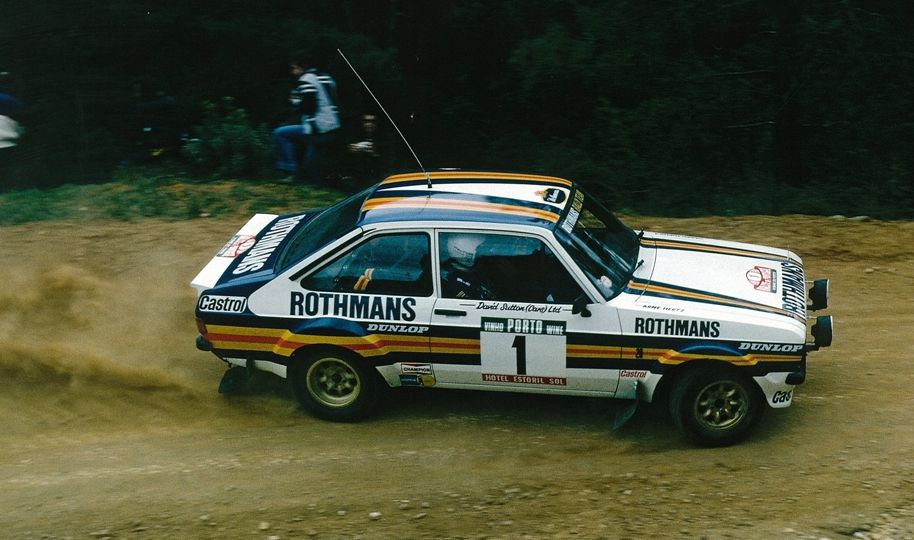 The air coming from the car roof naturally flows over the boot lid (as with an old Ford Escort), the rear window (as with a hatchback such as the Vauxhall Chevette) or the rear of the roof (as with the Deltona). If the air does not find any barrier, it can flow faster and (by Bernoulli) the pressure there will be low, thus lift will be generated (by pressure difference with the undercar). Things change if we add a barrier (a spoiler), as airspeed is reduced, causing the pressure to increase, thus lift is reduced over the car’s rear.

A very well designed spoiler can reduce the lift to zero or even to negative values (downforce). However, the addition of a spoiler can have also downsides, as it can potentially increase drag. It all depends on the skill of the engineer who designs it. 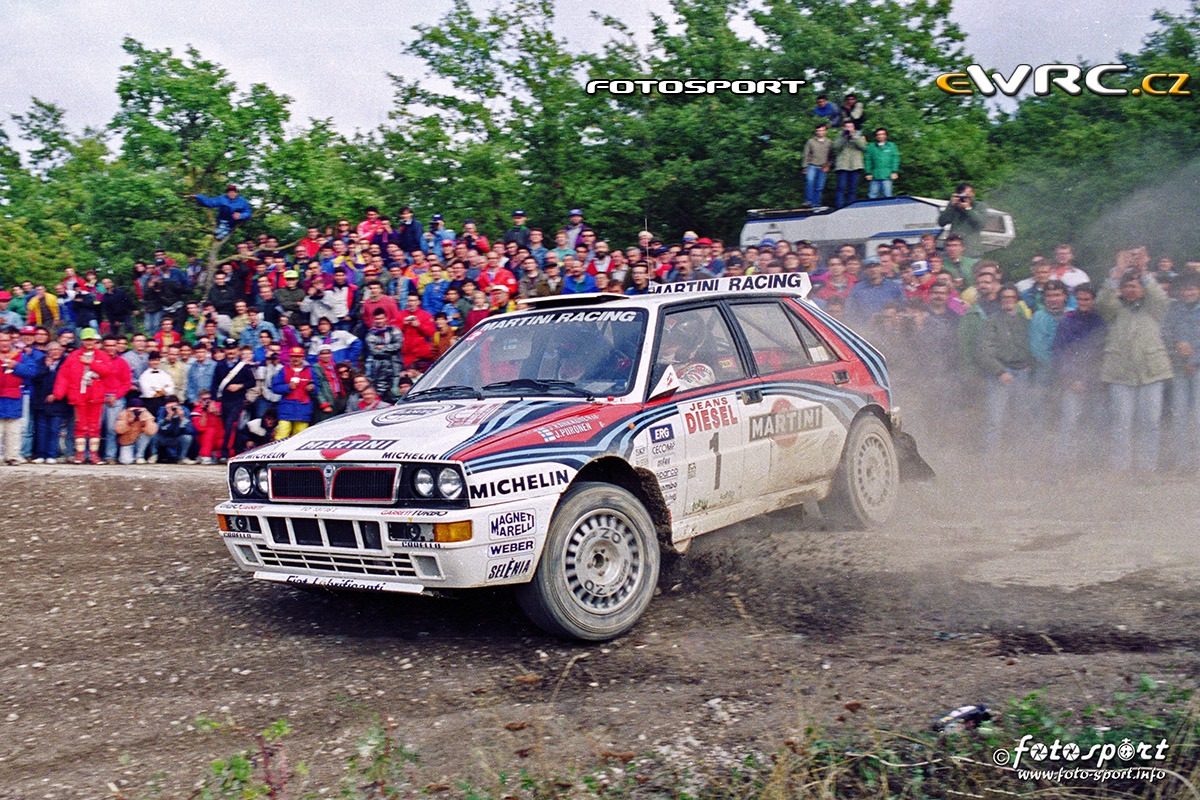 It is easy to detect a spoiler at first sight: it is usually a plane set at a certain angle at the boot lid/rear window/roof, attached to the car with no space in-between, which forces all air to flow above the spoiler. They were very common in the 70s and 80s, when many iconic rally cars included them, with different sizes: Porsche 911 Carrera RS, Ford Escort, Fiat 131 Abarth, Lancia Stratos or Lancia 037 Rally, to name only a few. 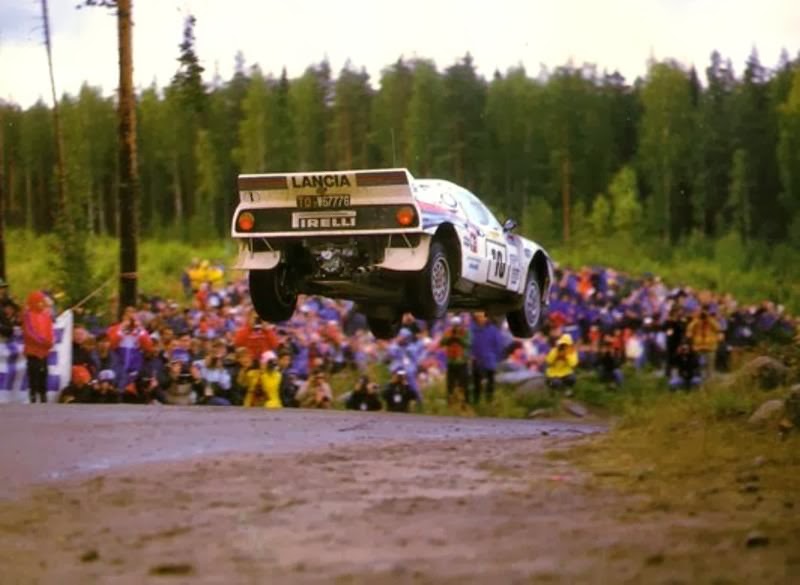 In conclusion, adding a well-designed spoiler to a car means reducing lift at the rear, with minimal or zero drag increase.

A wing is the part of a plane designed to generate lift when the plane reaches high velocity. In WRC and other racecars, what we name as a wing should be really named as an inverted wing or inverted airfoil, as this is how wings are used in racecars: in an inverted position to generate negative lift (downforce). 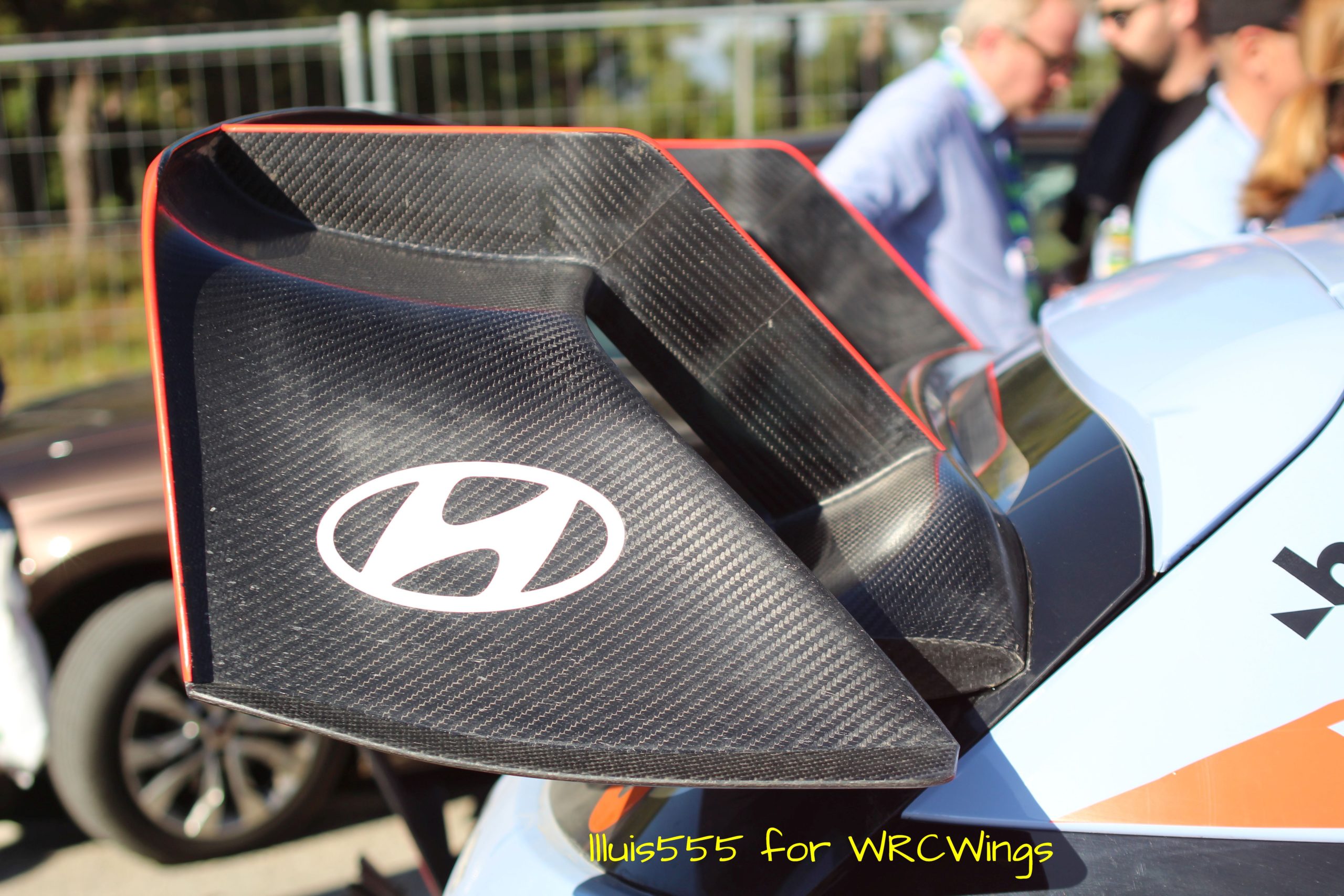 In a rear wing the profile and the shape is the same as in the airfoil of a plane, but in an inverted position. It is difficult to distinguish it in current rear wings due to the presence of endplates. The picture below shows an approximation (dotted line) of the inverted wing profile in the 2019 rear wing of the Hyundai i20 Coupé WRC. 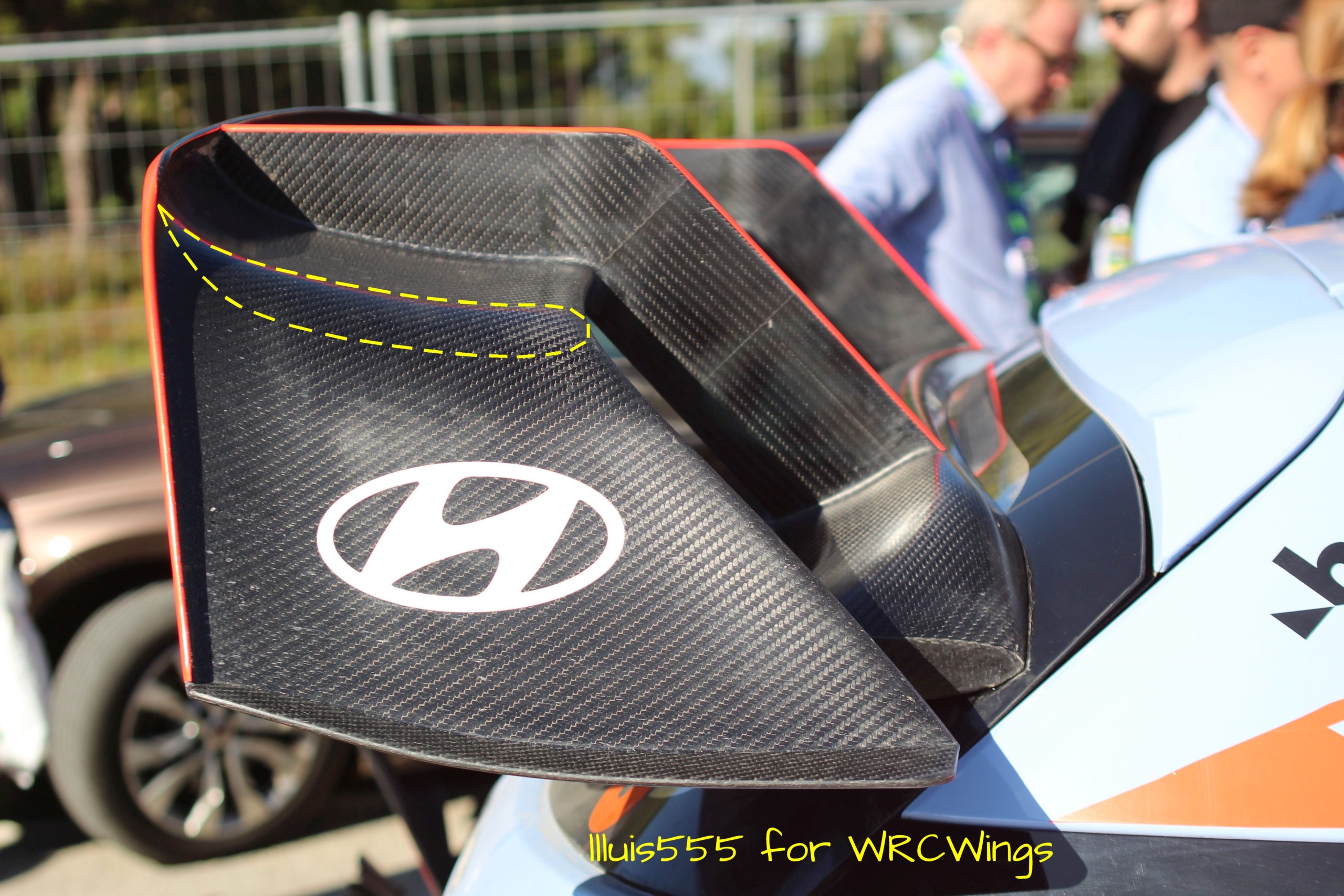 For the wing to be effective, the air has to flow over and under the (inverted) wing with different velocity, to generate (negative) lift. This is a distinctive characteristic of the rear wings over the spoilers, as spoilers force all air to flow over them, and no intermediate space is available. Also, this makes the rear wing much more effective in terms of downforce generation, as pressure difference is generated between both sides of the wing, allowing the designer to better maximize this difference by choosing the most appropriate wing profile for each case. Italian engineer and journalist  Enrico Benzing compiled the wing profiles most widely used in racecars in his book Ali/Wings. 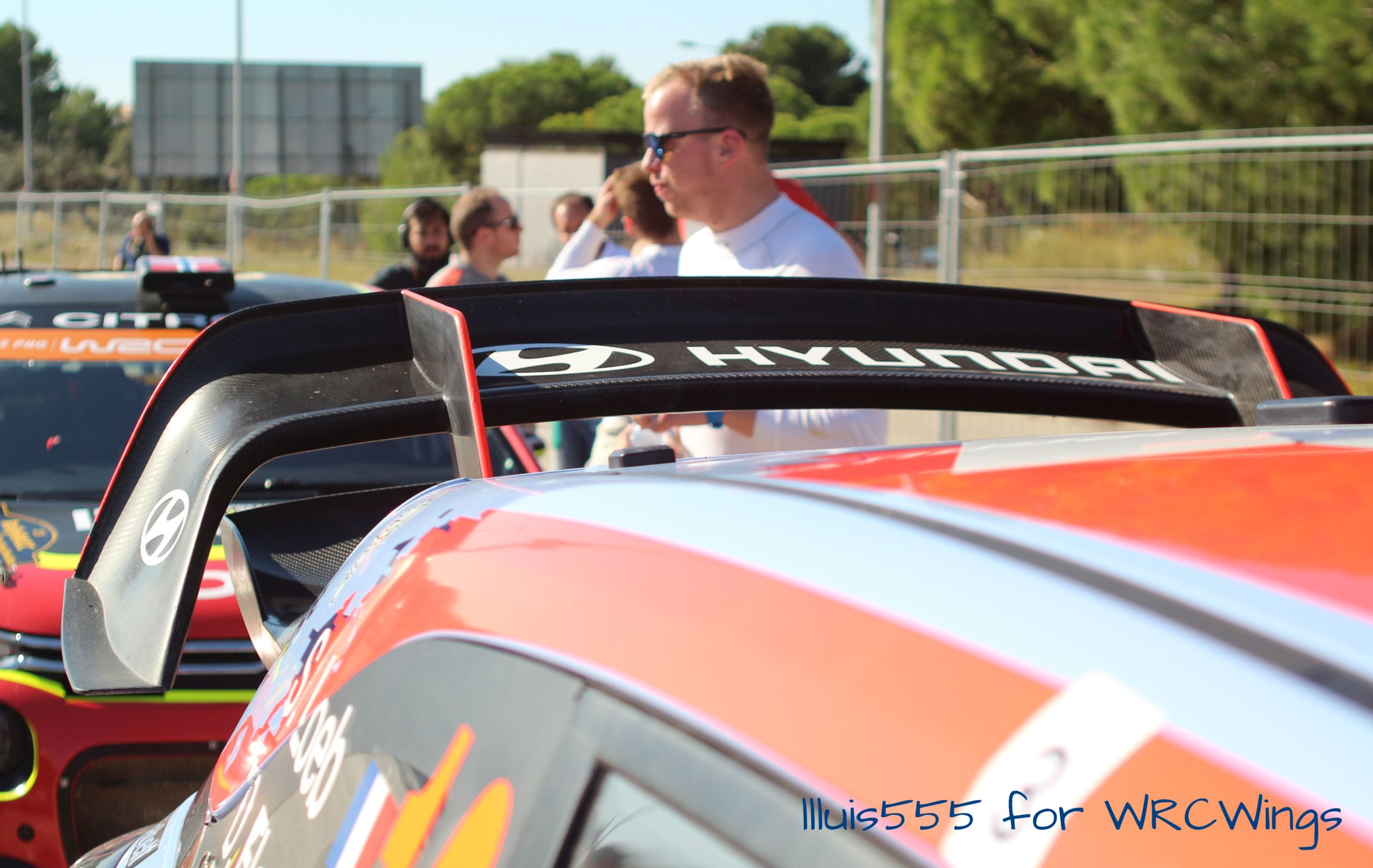 The size of the rear wing currently used in WRC cars is so big that the total front area of the car significantly increases with the addition of a rear wing. This means that the drag increases, as the drag force is also dependent on the frontal area of the car. The big deal for engineers is to reach an optimal balance between drag and downforce (which is known as lift/drag ratio).

In conclusion, adding an inverted wing to a car means (more effectively) generating downforce at the rear, but at the cost of increased drag.

Then, if it’s so easy to tell them apart, why do we constantly mistake them? To facilitate the task, here are some simple rules we propose, in order to put an end to this common mistake:

Also, the rear wing can include a lower plate, that is, an element located under the upper wing, which can have the shape of an inverted wing, but with no separation space from the car’s body, thus preventing air from flowing under it. Our proposal is to name it as a plate, although Citroën named it ‘shovel’, as in the C3 WRC it had the shape of a shovel.

This is our contribution to reducing the confusion between these two elements. We hope you find it useful.

6 thoughts on “A rear wing is not a spoiler”