We continue our series of interviews with WRC drivers, as we recently did with Mads Østberg. Hearing the point of view of WRC drivers on the aerodynamics of WRC cars is, in our opinion, a good way to learn and understand better the behaviour and particularities of these cars. In this case, we had the great pleasure of talking to Jari-Matti Latvala, one of the most experienced drivers currently participating in the Championship. Here’s what he kindly explained to us. 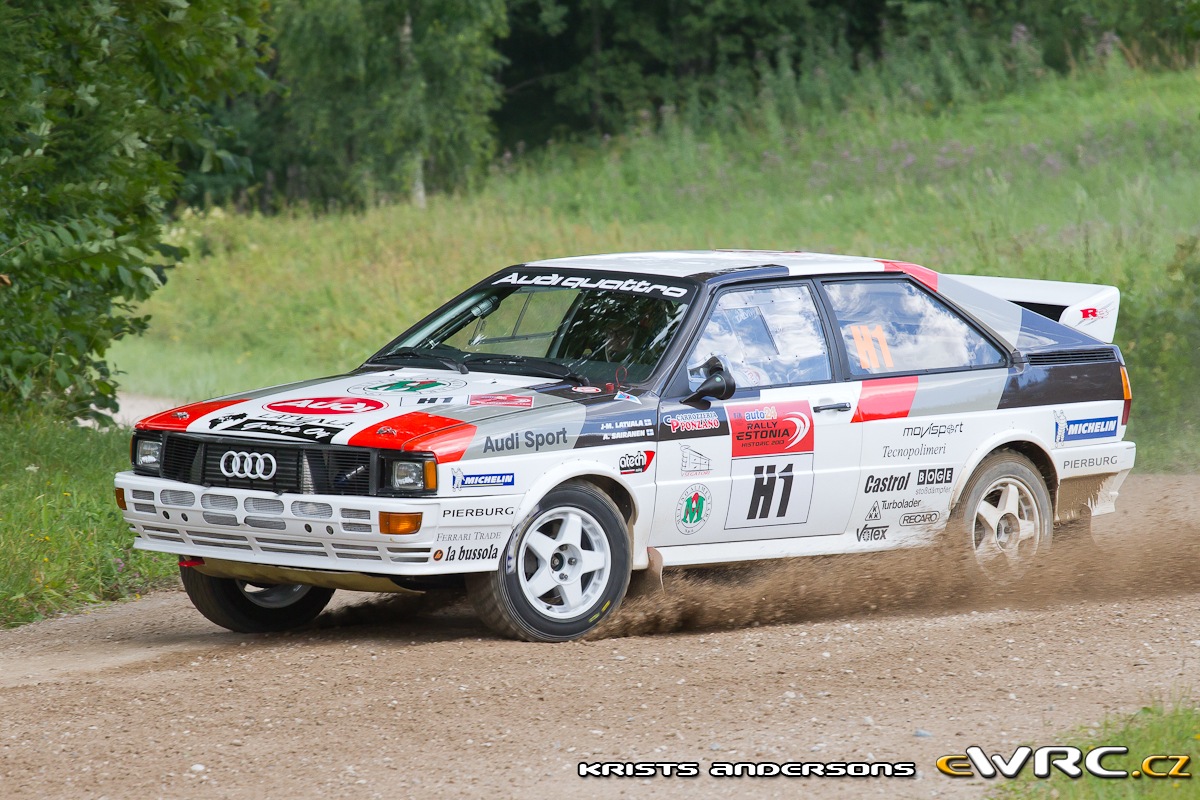 Jari-Matti, you are possibly one of the few drivers who have driven cars from what we call the three golden ages of rally aerodynamics, that is (1) Group B cars, with the Audi Quattro which you have driven in some selected events, (2) the first WRC car generation, that is, the cars with which you started rallying (Impreza, Lancer Evo, Corolla WRC or the Focus WRC) and (3) the current (2017) cars (the most developed ever) such as the Yaris WRC. So, you’ve witnessed the evolution of the aerodynamics of the WRC cars in the last 40 years. In your opinion, in which area has the progress been higher and better contributed to help you most as a driver?

The present cars (introduced in 2017) have the biggest aerodynamic effects that I have ever seen, bigger than in any other car, especially with the Toyota Yaris. What I experience in rallies like Rally Finland, where you can go flat out in the corners and crests, is that the feeling is incredible, you can keep the pedal down, so that, the faster you go, the more is pushing the car to the road. This car’s experience I have never had before. I’ve driven a Group B car also a little bit, but even though you had big wings on it, you didn’t have suspension like in the modern cars. The aero, together with the suspension, are the things that make me really like them. I call it like a ground effect, as it sucks it you to the ground, the faster you go.

For me, that I have driven WRC cars for many years, there was also a change when in 2011 when we went to 1.6 turbo cars with smaller wings. The aero effect dropped with respect to previous years, and it did not recover until 2017. During this period the cars didn’t have the same effect on the aero side that they had had before. 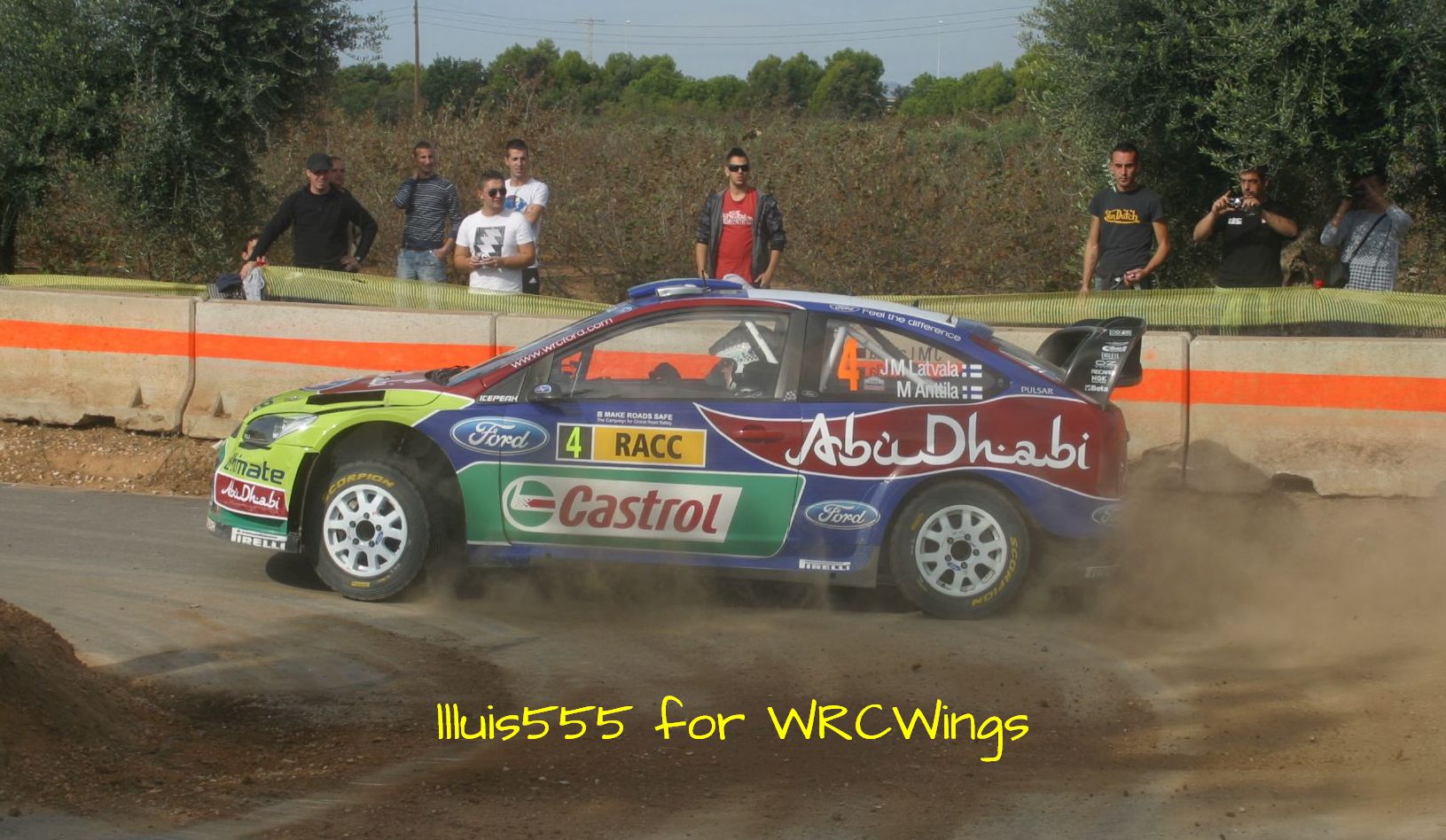 What was the reason for that?

You had less power, less acceleration, and also in 2010, the cars (Focus, C4) were also bigger, so with a longer wheelbase. On the fast roads, the aero was better, but on tight roads, it was not as easy to turn, while the small cars, basically the Fiesta, Polo, DS3, were quicker to react on small roads, but on big wide fast flowing roads, they were more nervous. 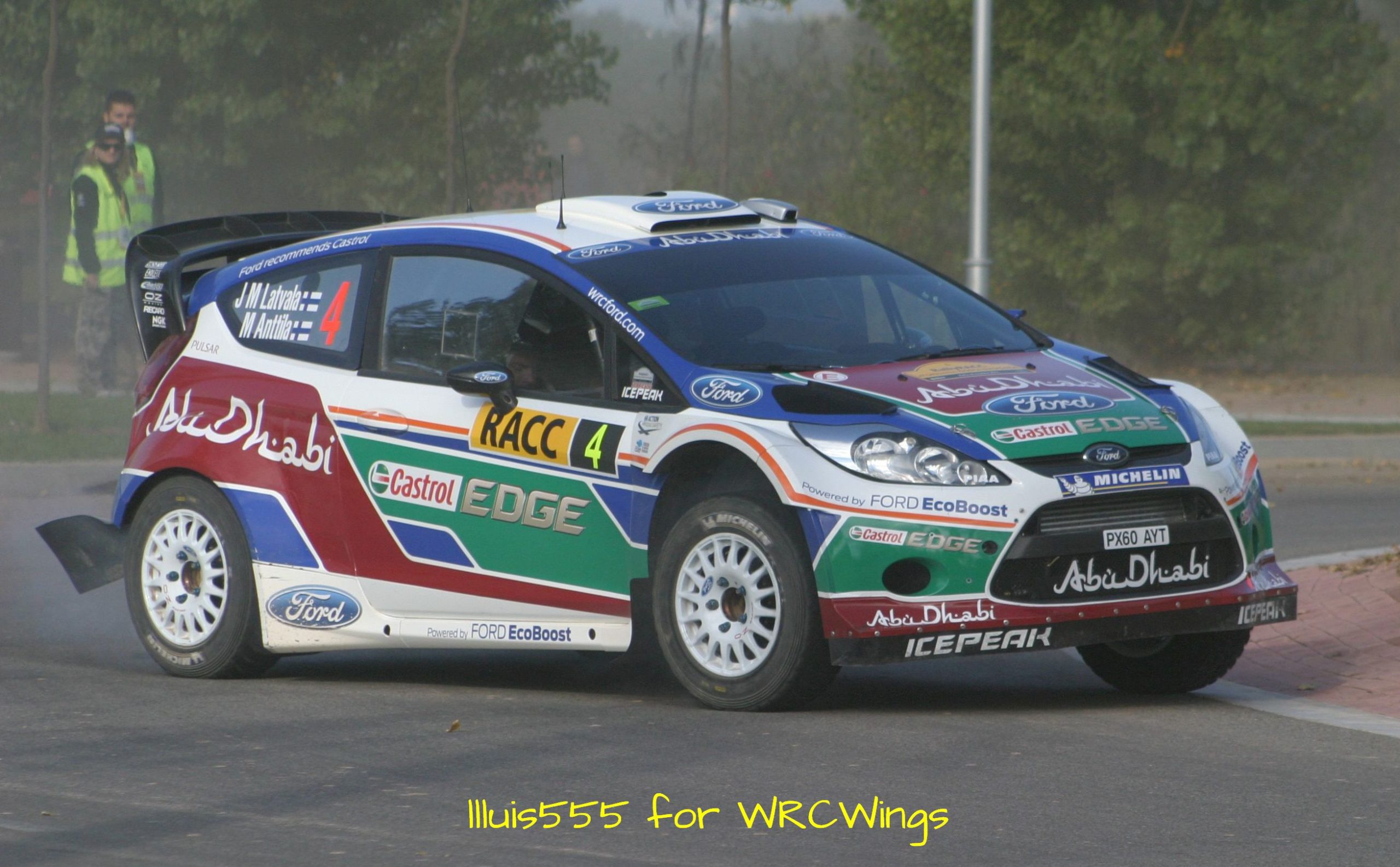 Do you consider that the aerodynamic evolution has also increased the safety of the cars, or are current cars so effective that they are less safe?

At the corner the speeds have come higher, you can go at a higher speed than you did before, but at the same time, I must say that the cars are very safe. The evolution has made them also safer in aspects like driver and codriver being more to the center of the car, safety fold on the doors, Hans devices and other elements. Of course, the fact is that when speed is higher also the risk is higher, so you have to increase safety if you increase speed. 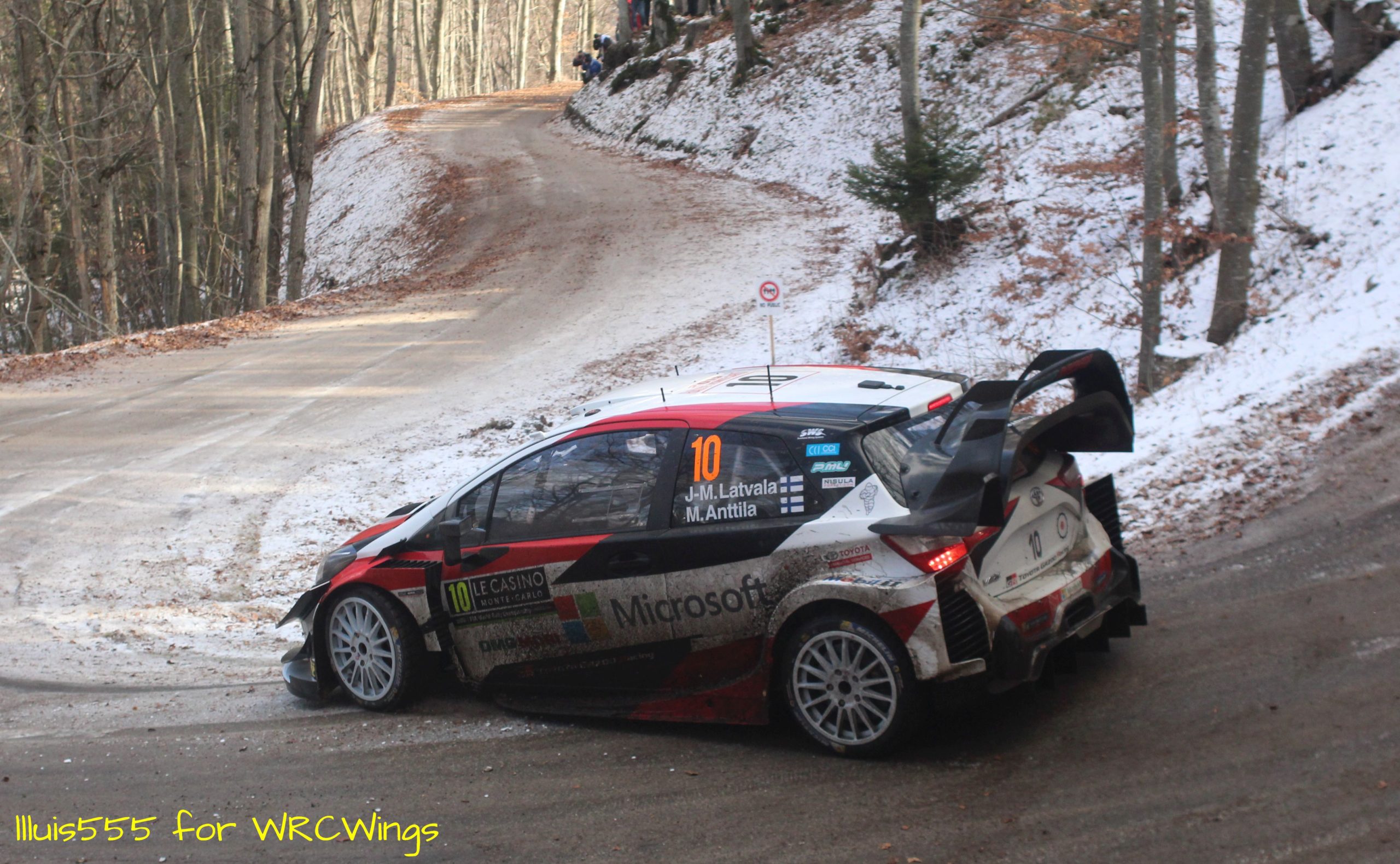 From all the cars you have driven, what’s your preferred?

The Toyota Yaris WRC is the best car I’ve ever driven. I drove the Group B car,  I love the sound in those cars, it’s different from the sound in any of the new cars. In the Group B cars, you could hear the turbo whistling, what you don’t hear in the current cars. But on the driving elements, the driveability is very much different. I like the power of the Group B cars when you feel it on your back. In modern cars, you have constant power all the time, you don’t have drops, there is no turbo lag. 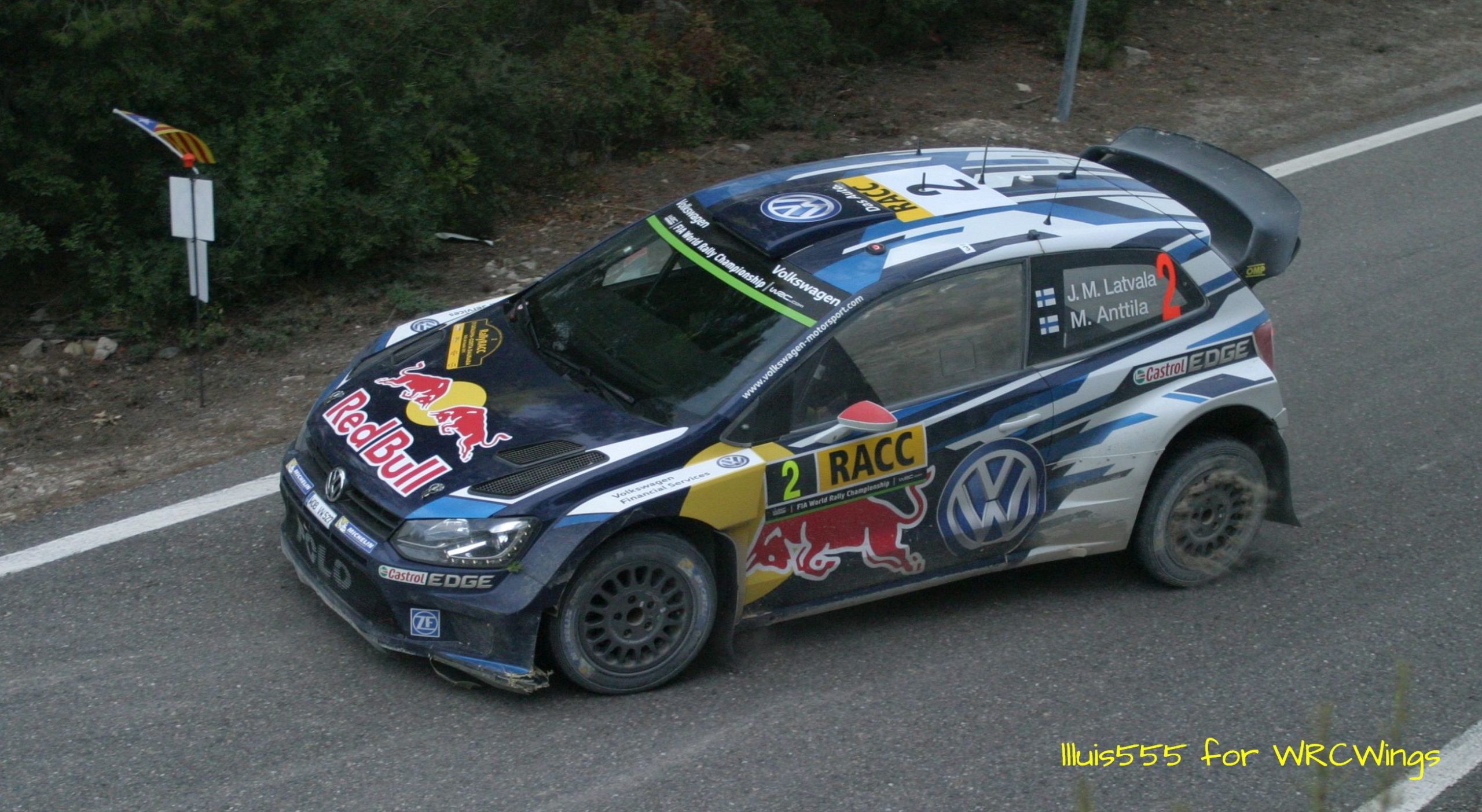 You drove the VW Polo WRC from 2013 to 2016, one of the most dominant cars in the history of the WRC. What can you tell us about its aerodynamics?

The balance of the Polo WRC was very good, but I must say that, at that time, compared to present cars, you couldn’t go the corners the same, you could not count on the aero effect. You could feel that you would lose rear easier than you would do with the Yaris, you couldn’t attack the corners as much as in the Yaris, but balance wise that car was good. 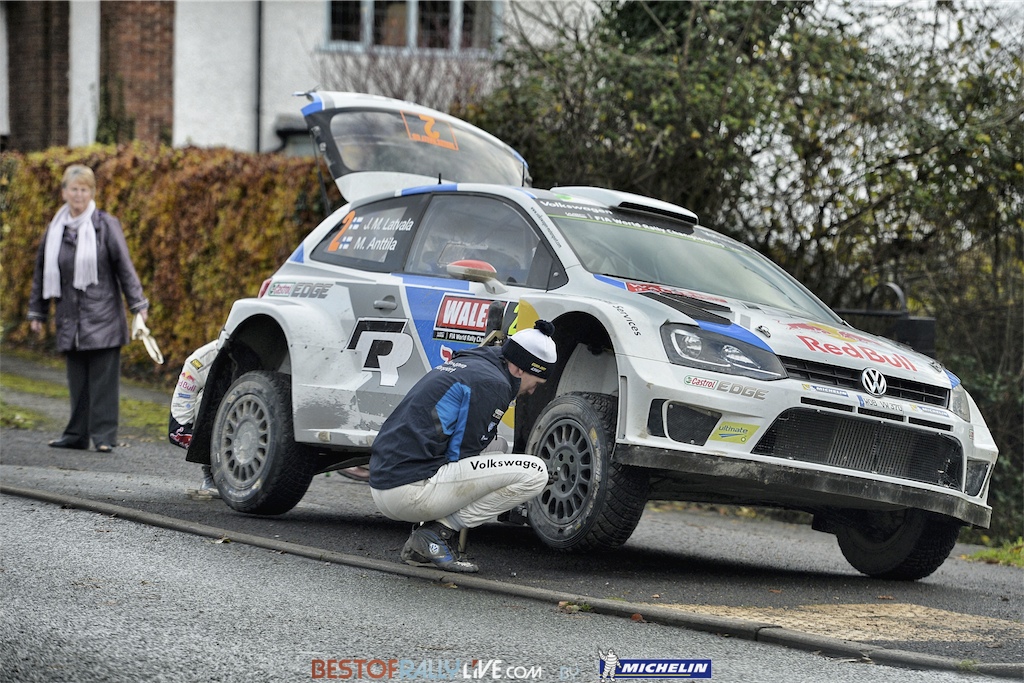 Talking about aero parts reliability, you had to drove it without the rear wing in some stages of Wales Rally GB in 2014, how was that experience?

Have you ever suffered this same problem with the Toyota Yaris?

No, I have never lost the rear wing with the Yaris WRC. 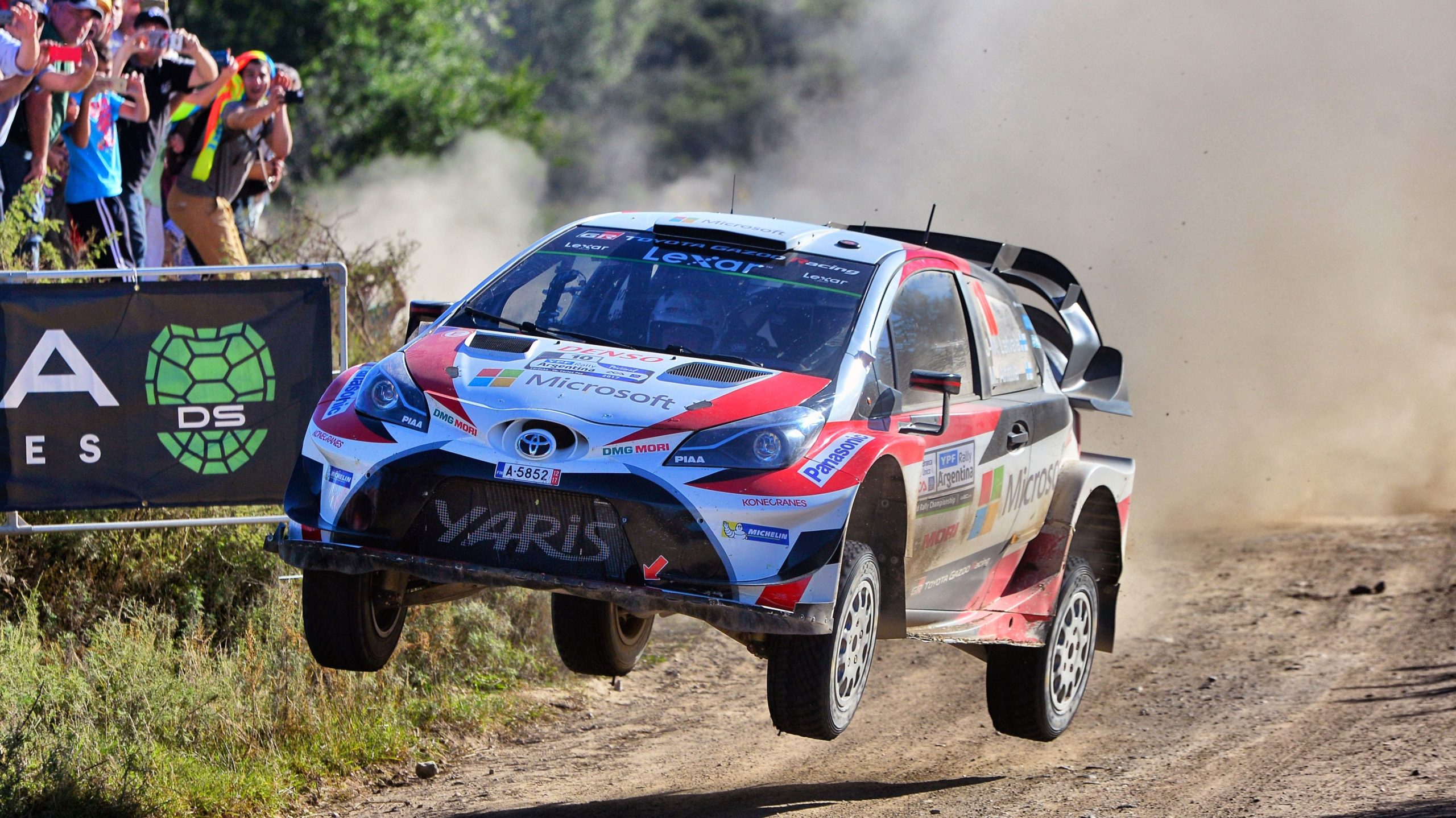 Which aero part of the Toyota did you miss more when you lost it during a stage?

The front bumper is a big issue. The main problem comes if you lose the front splitter. The more you lose from the front bumper, the worse. In the jumps, the front starts to lift up, because there is no aero support at the front and there is a lot at the rear, lifting up the front. It also affects while turning, as well as to the car balance. 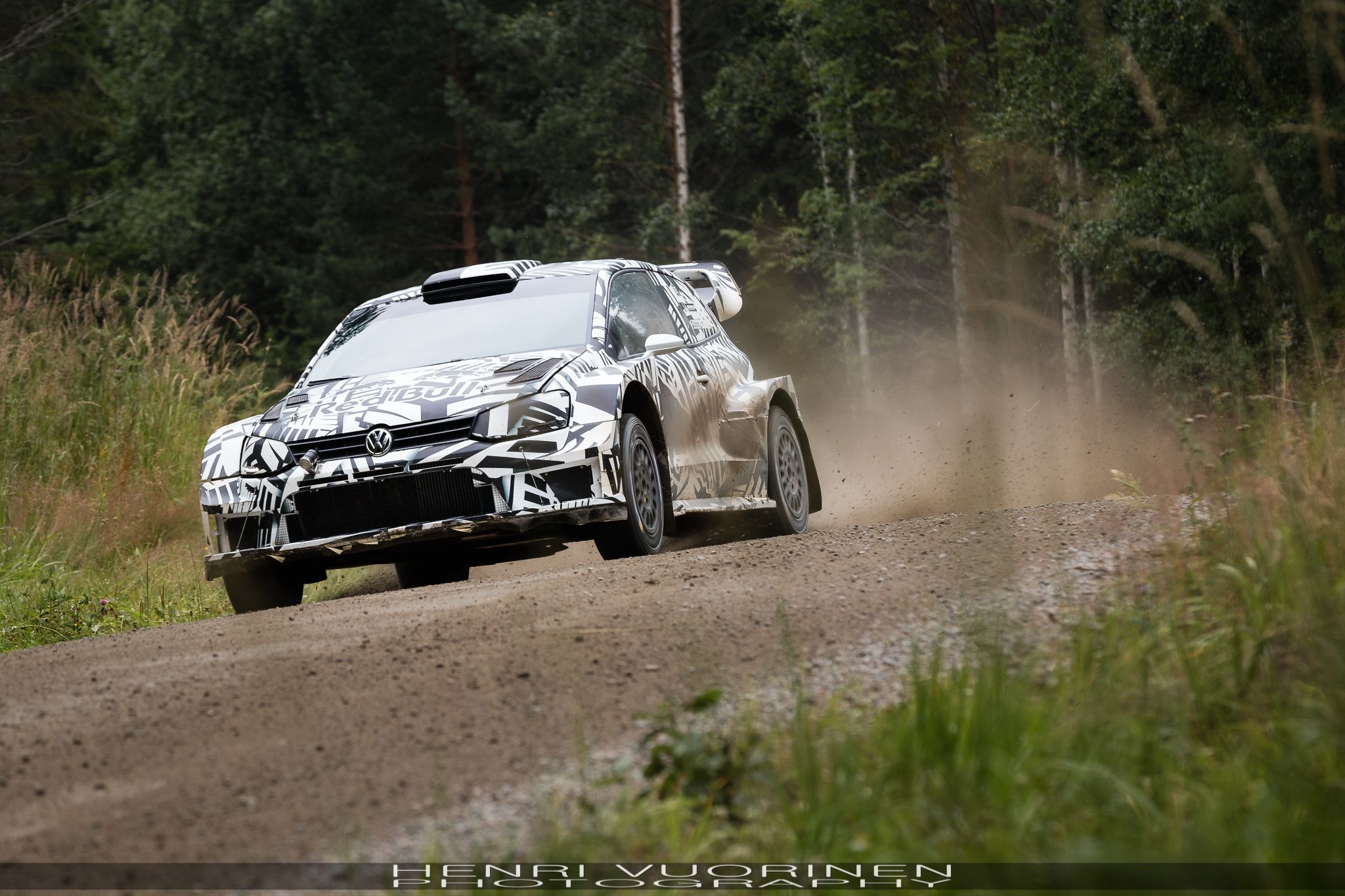 During 2016 you actively participated in the development of the VW Polo WRC 2017. What was your impression of it and what was its best aero characteristic?

The car would have been very, very fast on tarmac, better on tarmac than on gravel. Balance wise it was a really nice tarmac car, it had more performance on the tarmac as it was more attached to the road. Very easy at the end, as you could get confidence with the grip levels on the tarmac. Aero wise, the car was maybe a little bit conservative, it was not as strong as the Yaris, which is a lot smaller. Aerodynamic effects were generally smaller in the Polo compared to the Yaris.

Our impression was that the aggressive appearance of the Yaris suggests that the priority has always been to get a good grip (through downforce generation) while the Polo seemed to prioritize top speed (by keeping drag low). Is that correct?

I can’t 100% confirm, I would assume so. On the Yaris side, I’m sure that they wanted to get maximum downforce. On the Polo, I cannot say exactly why it was more conservative, but it is probably what you say. They wanted to avoid that if you damage something it doesn’t affect too much to the balance of the car. 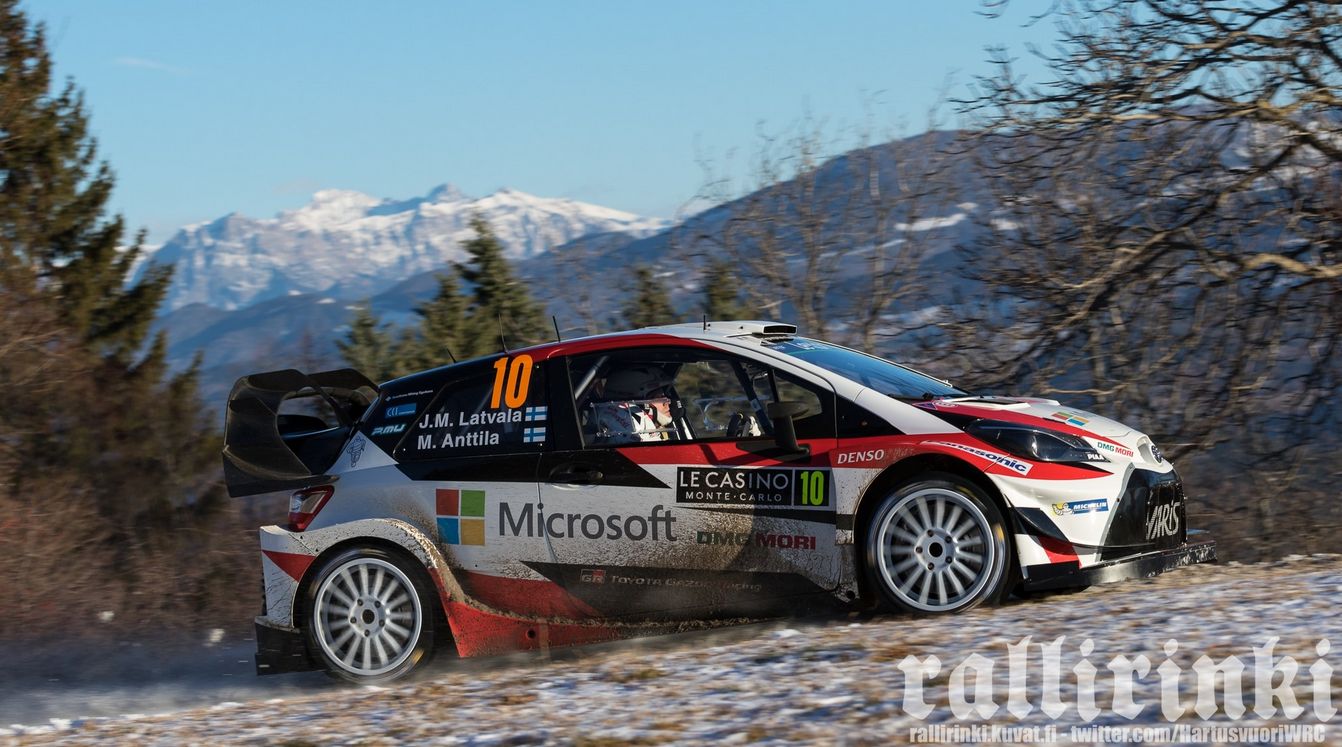 Did you notice a big difference from the Polo to the Toyota Yaris WRC, when you jumped to Toyota?

If you think about back then, at the end of 2016 when I jumped from the Polo to the Yaris, in the beginning, I felt that the engine in the Yaris was at a very good level, very close to the Polo at that time, I felt it was absolutely at the same level. Then, when we started to do more testing, I realized that the aero (of the Yaris) had more effect on the car. I would say that the Polo was more oversteering, there was more grip at the rear of the Yaris. It was coming from the rear wing, which was calming down the car at the rear. 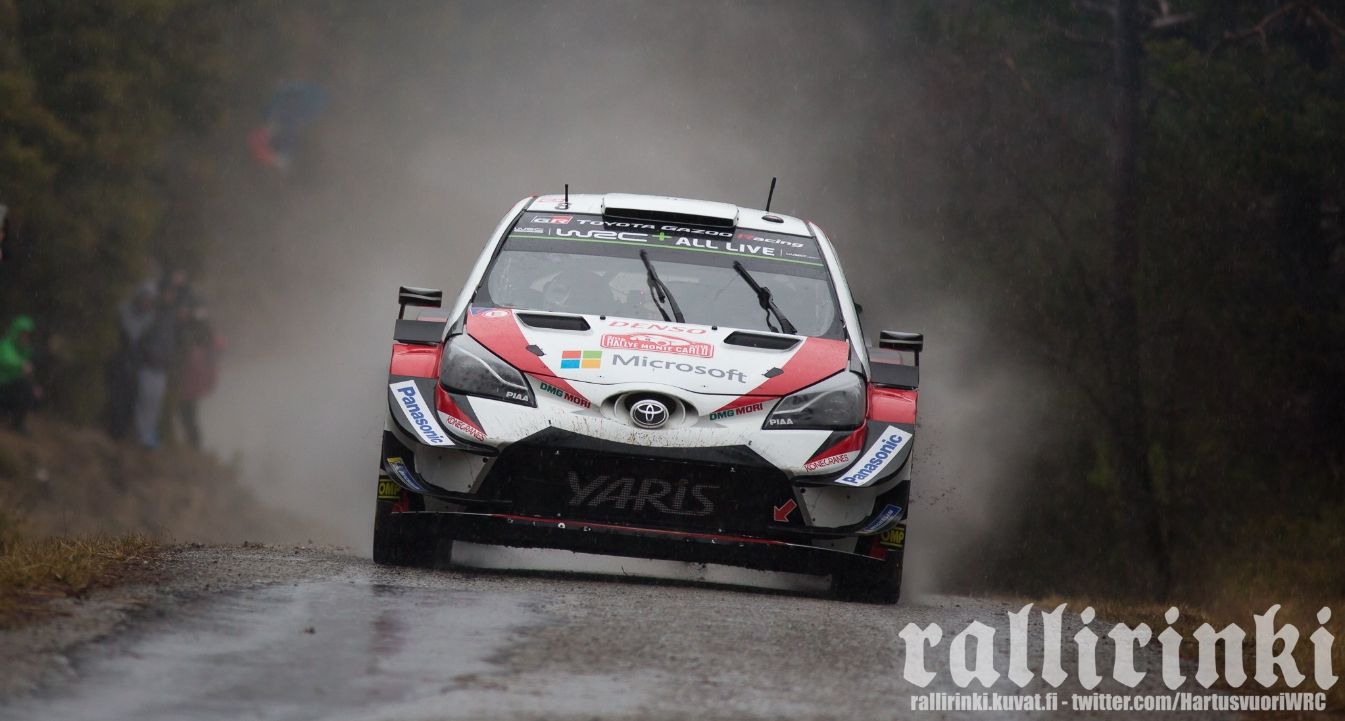 Toyota has constantly worked in the development of the car since 2017. The most visible modification was the new front package introduced in 2018. Has this modification been key to the success of the car in the last two years?

Last year, Toyota redesigned the rear wing of the Yaris WRC to adapt it to the FIA requirements. How was the change, did you notice any impact on the car performance? 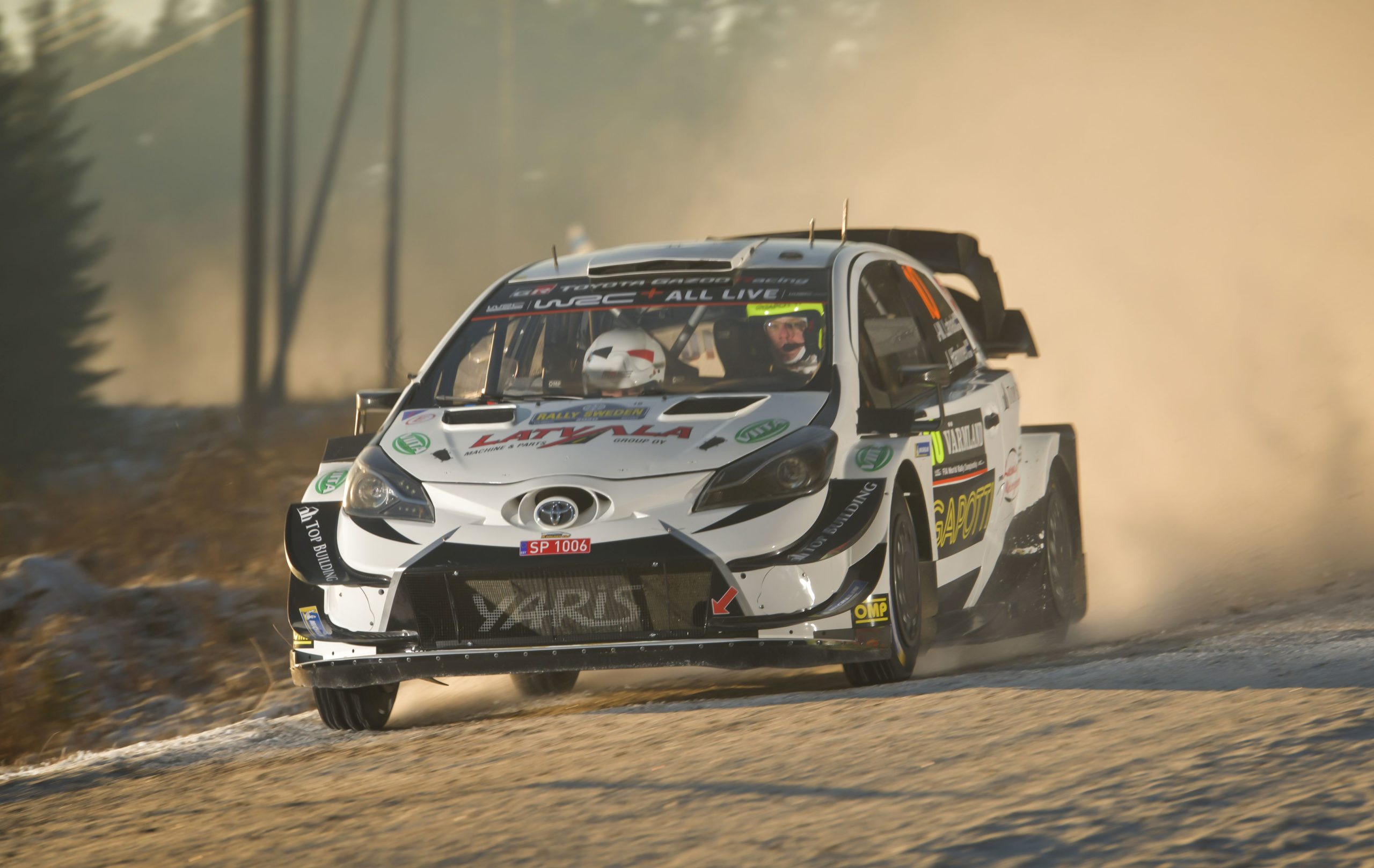 For 2022, the new regulations claim for a simplified aero, with special incidence on the expensive parts too often replaced (rear diffuser). What is your opinion on the new rules?

As I mentioned earlier, the corner speed is currently very high but the cars are also safe. We have to remember that it is not only for the drivers but there are always people spectating. Like in Monte Carlo this year, when Tänak had the accident, imagine that with that speed you lose the control and you go down very far. It’s a good move to go to cars which are less aero dependent because it will take the speed down. The engine is staying at the same level, around 380 hp, this is important because you need to have power. Then, less suspension travel will make cars behaving a little bit differently in the ruffle. They are not as nowadays, that you can go flat out almost everywhere, so you will have to think about the car a little bit more. Without the center differential, there will be more understeering and they will be more difficult to drive, and actually I like this idea. You’ll have to properly drive more sideways, and this is good for the people because it will be more exciting to see the cars more sideways.

The only thing I didn’t understand necessarily is that we go back with mechanical gear levers, because hydraulics gear change has been since the end of the 90s in rally cars. For me, with the mechanical gear, you can damage the gearbox yourself, but with the hydraulics, you can’t. All the rest I think is good for the Championship. I have to remind that at the beginning it will not be saving money because everybody will need to do testing. Initially, there will be more money spent, and then, later, there will be cost cuts, but not in the beginning. 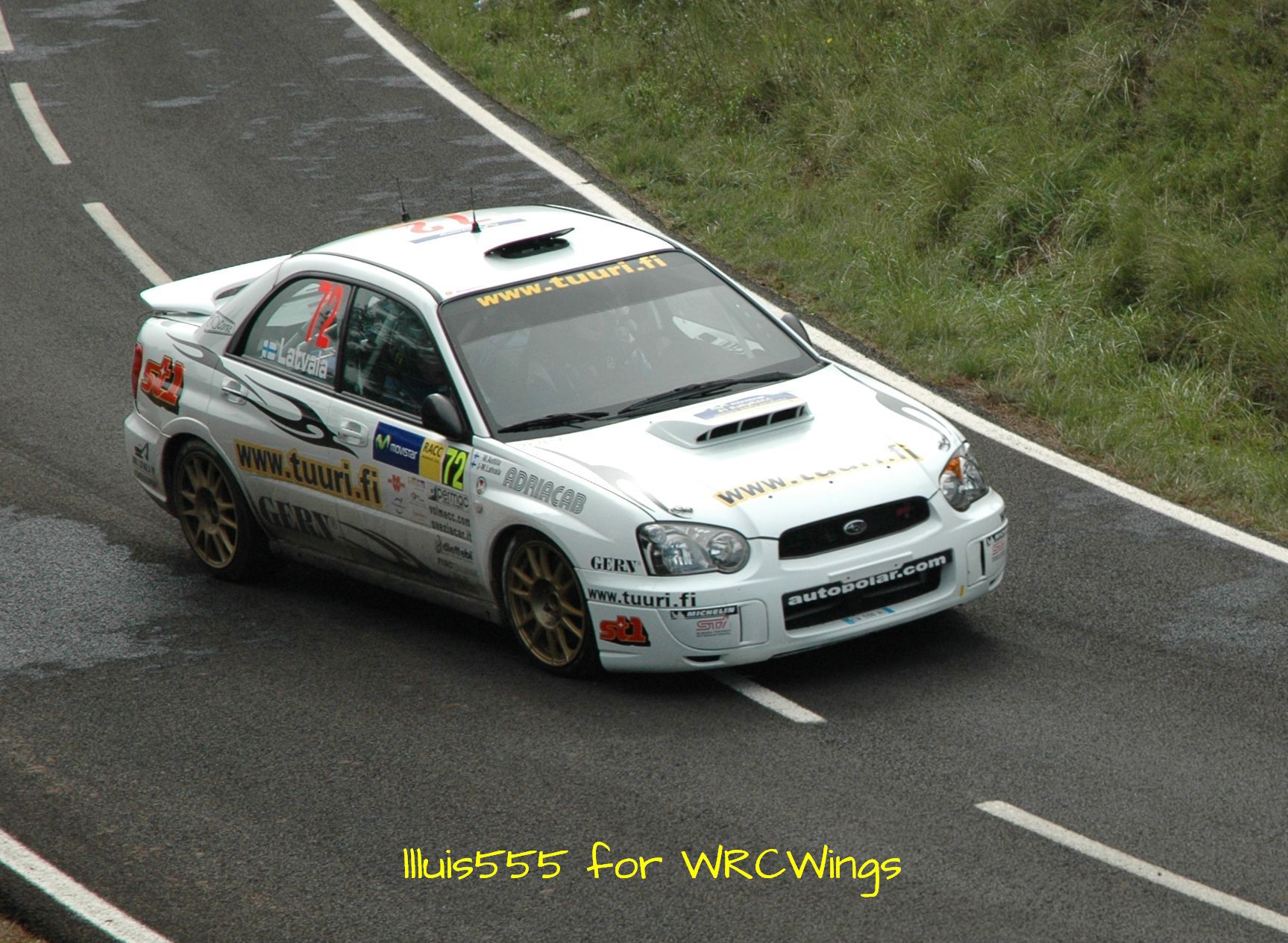 This makes it more difficult to attract new manufacturers then, doesn’t it?

At the moment, yes. With the current situation in the world. I think it would be easier to do some small modifications to the current cars, like to have less suspension travel, and it would make the difference. But I hope that the situation will get better and we can have more manufacturers in. The risk is that you have to do new changes, so you have to do development work, and money needs to be invested for that.

Thank you very much, Jari-Matti for your collaboration and very interesting opinions. We hope to see you very soon again at the wheel of the Yaris. 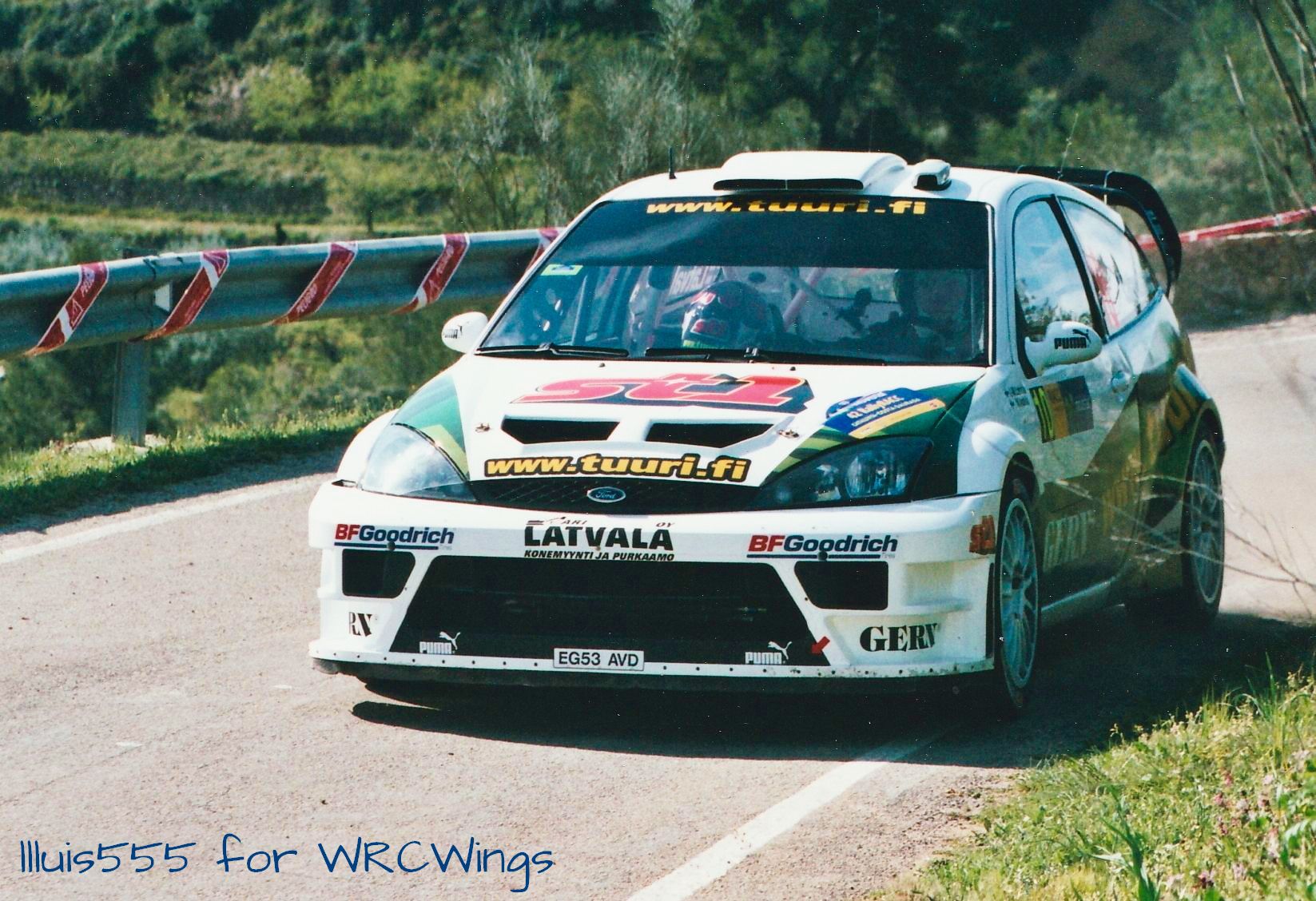