Today the WRC stage activity interruption came to an end when the team Hyundai started a series of development tests in Central Finland. With Thierry Neuville and Nicolas Gilsoul at the wheel, the team has restarted the testing activity after the long break caused by the coronavirus affair and subsequent ban of testing by FIA. During this time, the teams have found the opportunity to work in new developments, not only for the 2021 and 2022 new cars but for the current cars, in order to be better prepared for the remaining events to be run in 2020. 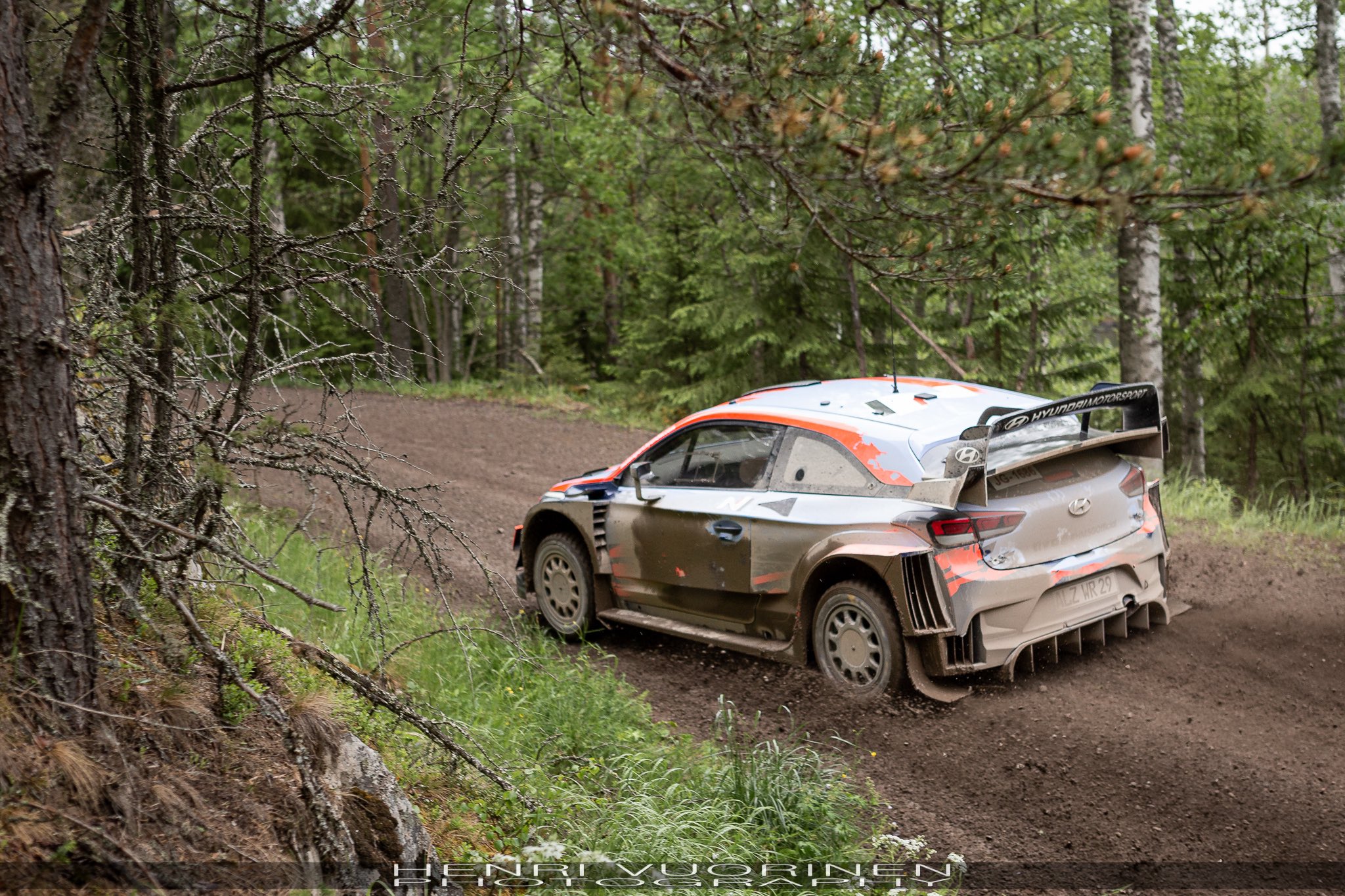 The Hyundai i20 Coupé WRC seen today in the test (the car used by Sordo/Del Barrio in the Rally Serras de Fafe early this year) incorporated a new aero modification in the rear of the car. The change affects the rear vents of the rear fenders. While the previous design included horizontal louvers, the car seen today included vertical strakes replacing the horizontal louvers. The orientation of the exit towards the external sides of the car remains the same, as in the original design (see picture below). 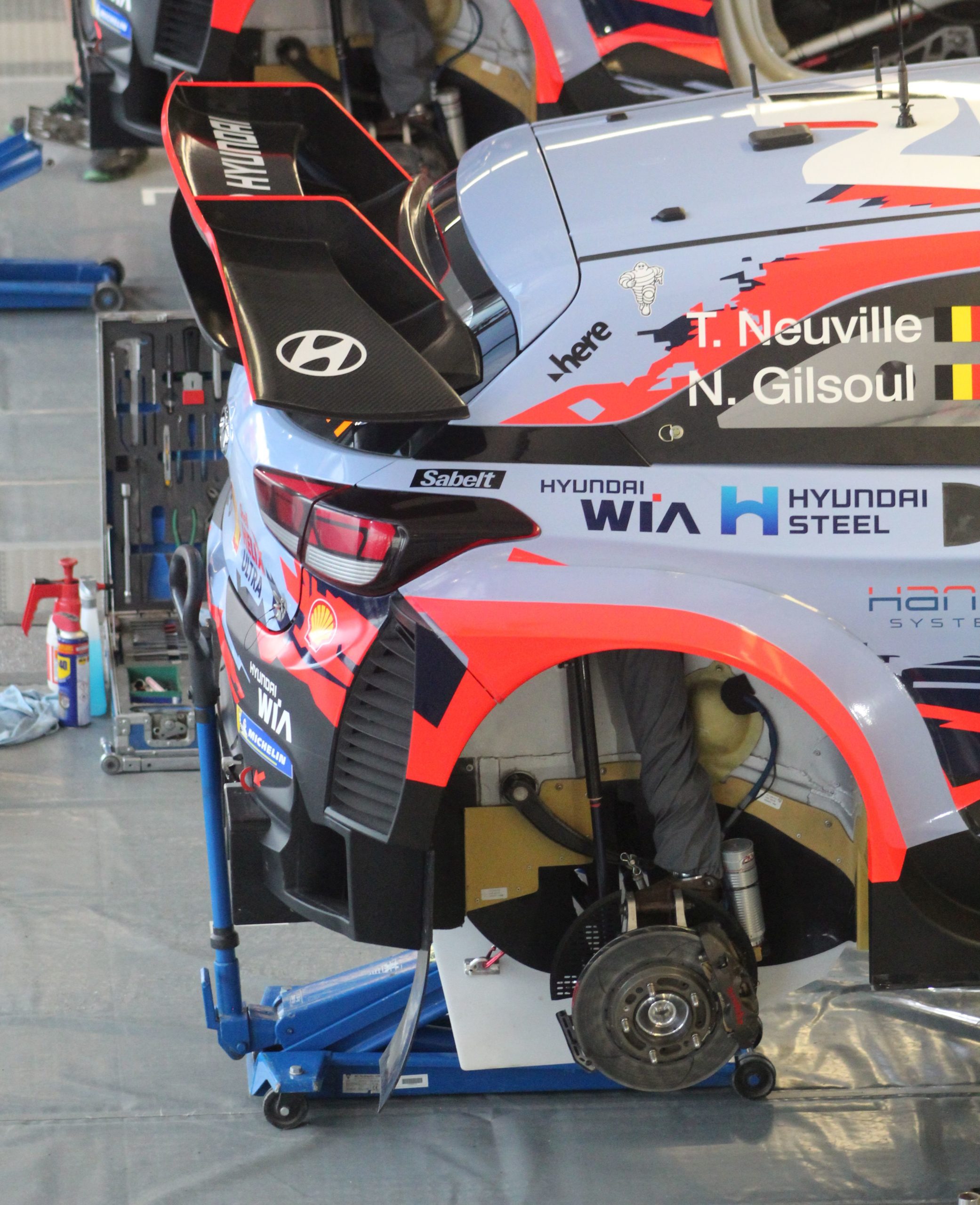 But the (new) vertical strakes have been designed to better direct the air towards the external sides of the car, in a more effective way than in the previous design (we already reviewed in a previous post on brake’s air removal). 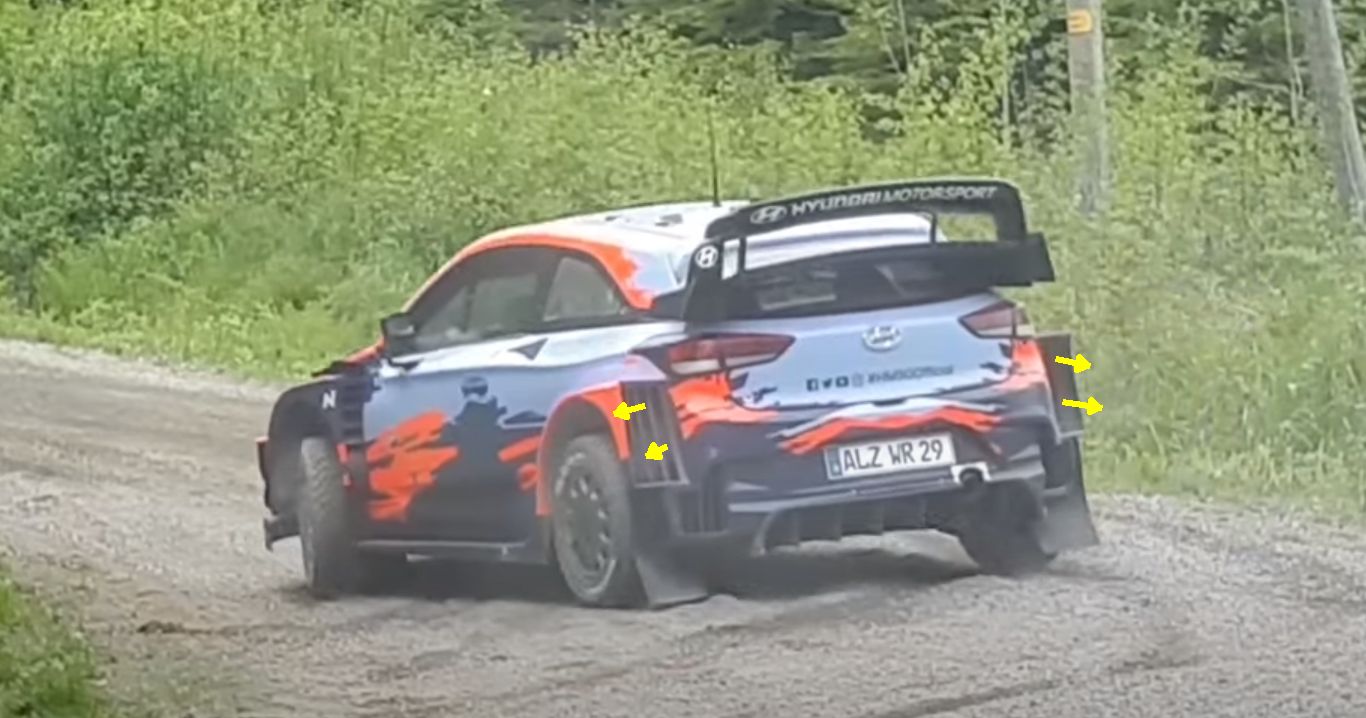 The modification also affects the louvers of the vents located behind the wheel (originally also with horizontal louvers), on both sides of the rear diffuser. 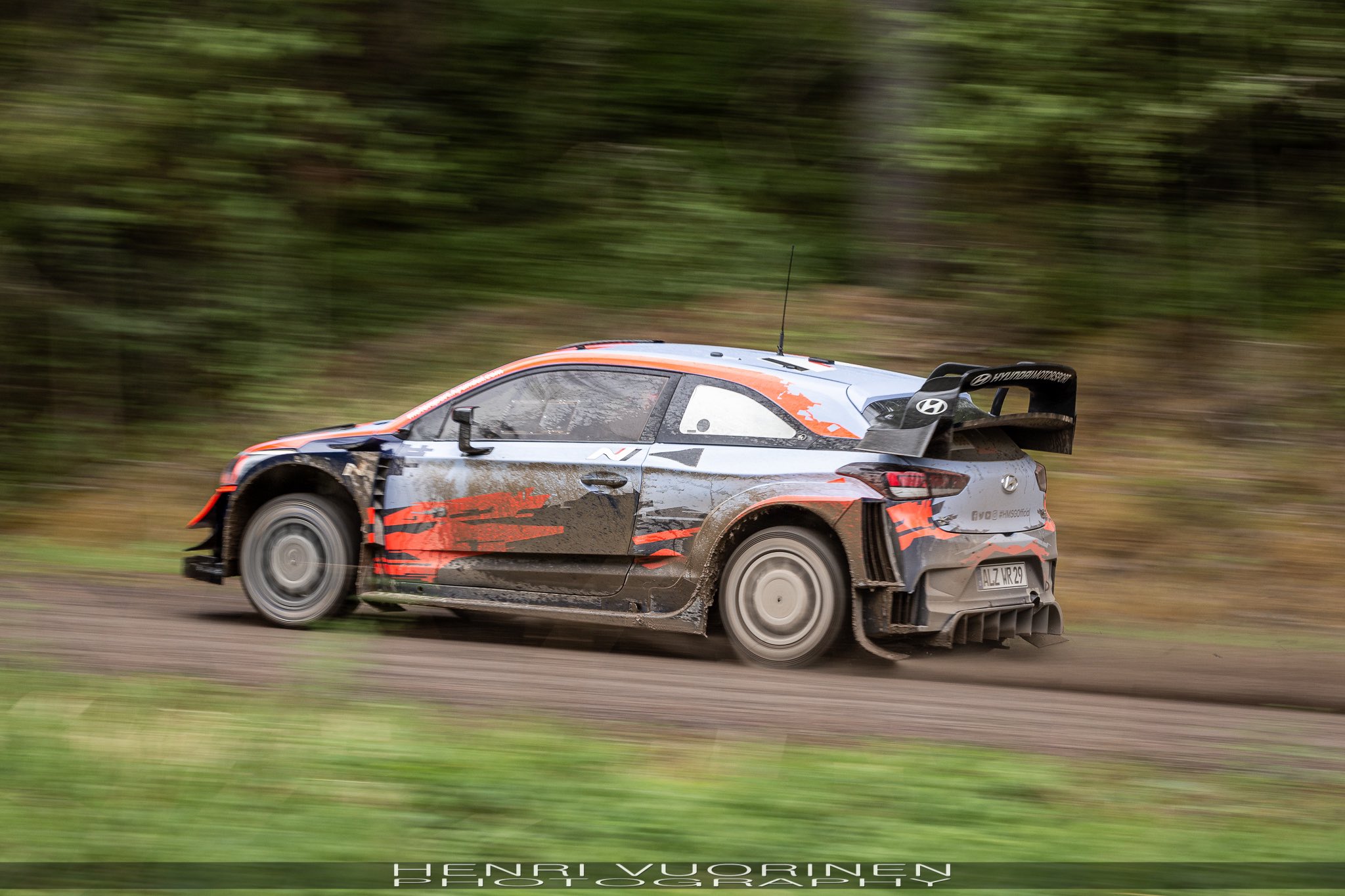 The goal of this modification would be to minimize the amount of air sent to the rear of the car, where it would get mixed with the car’s wake. It is known that the car’s wake is one of the most important sources of drag. With this new design, the removal of airflow to the wake allows reducing its turbulence level, thus reducing the drag generated by the car. In conclusion, the modification tries to reduce the drag, allowing the car to reach higher speeds.

This is the third aero modification Hyundai evaluates this year, after the redesign of the rear diffuser seen in Rallye Monte Carlo and the new aero package (rear wing and front winglets) seen in Rally México. This confirms the absolute commitment of the Alzenau-based team in the fight for the 2020 titles.

The positive of the modification is that it does not compute as a joker, as the modification of louvers can be done with just a Variant Option (VO), and there’s the possibility of using previous configurations, depending on the event.