The week of development tests for Hyundai and Toyota in Central Finland keeps giving images of the new aero modifications both teams are evaluating. At the same time Toyota tested yesterday a small deflector in the upper front dive planes, Hyundai (Neuville/Gilsoul) started to evaluate a modified front package. The first images from today’s test show that the evaluation of this new package has been resumed this afternoon, with Tänak/Järveoja at the wheel. 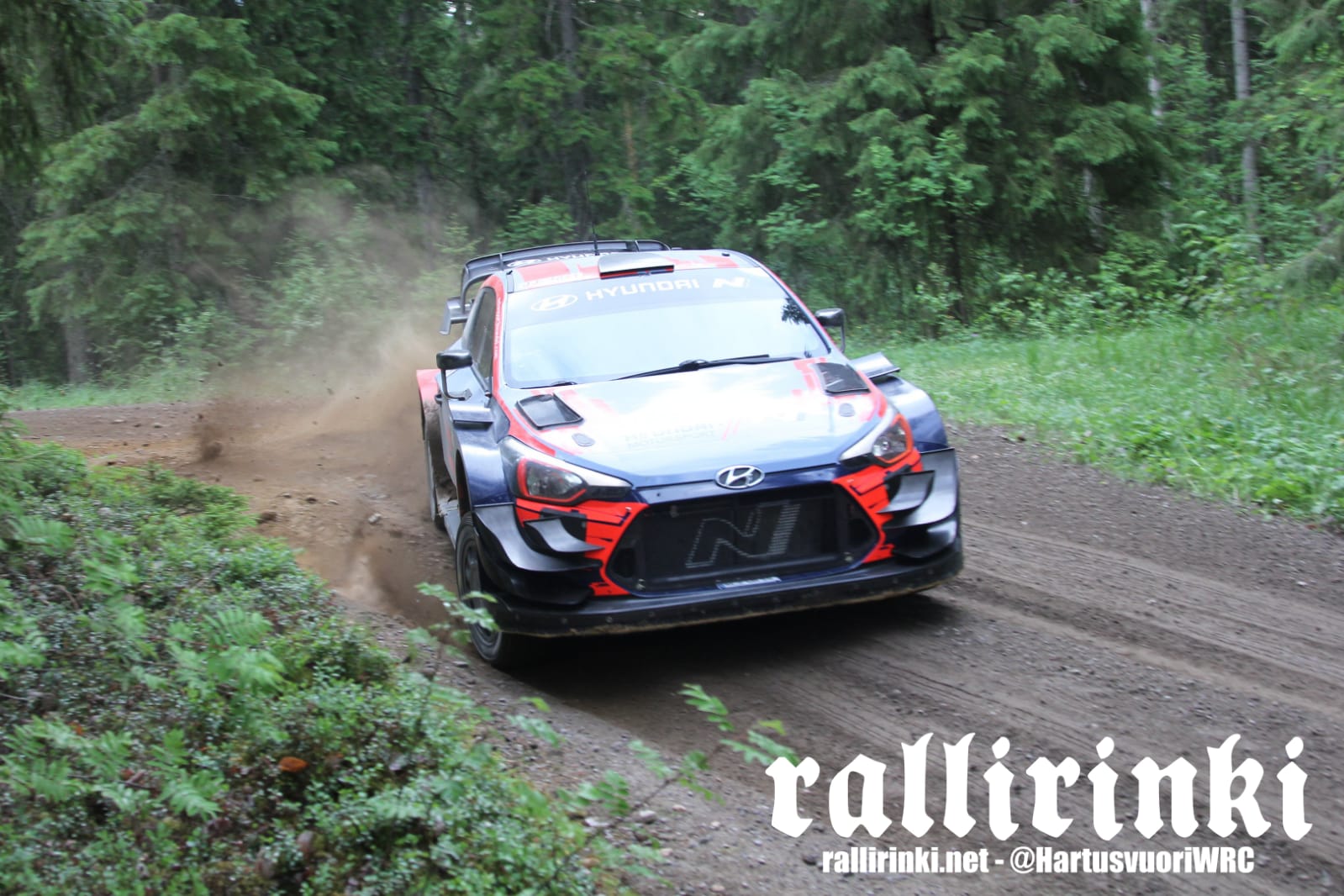 The modifications evaluated include the addition of a third (small) dive plane on top of the existing ones, which have been extended to the front of the car, and the addition of endplates to all the three planes. The addition of a third plane and endplates allows sending a higher airflow to the front fender top winglet, increasing its efficiency in generating downforce. It also allows increasing the amount of air sent to the car side, which acts as a barrier that prevents air from entering under the car. The result is that pressure does not increase under the car due to the addition of external air, and downforce generation is more effective. 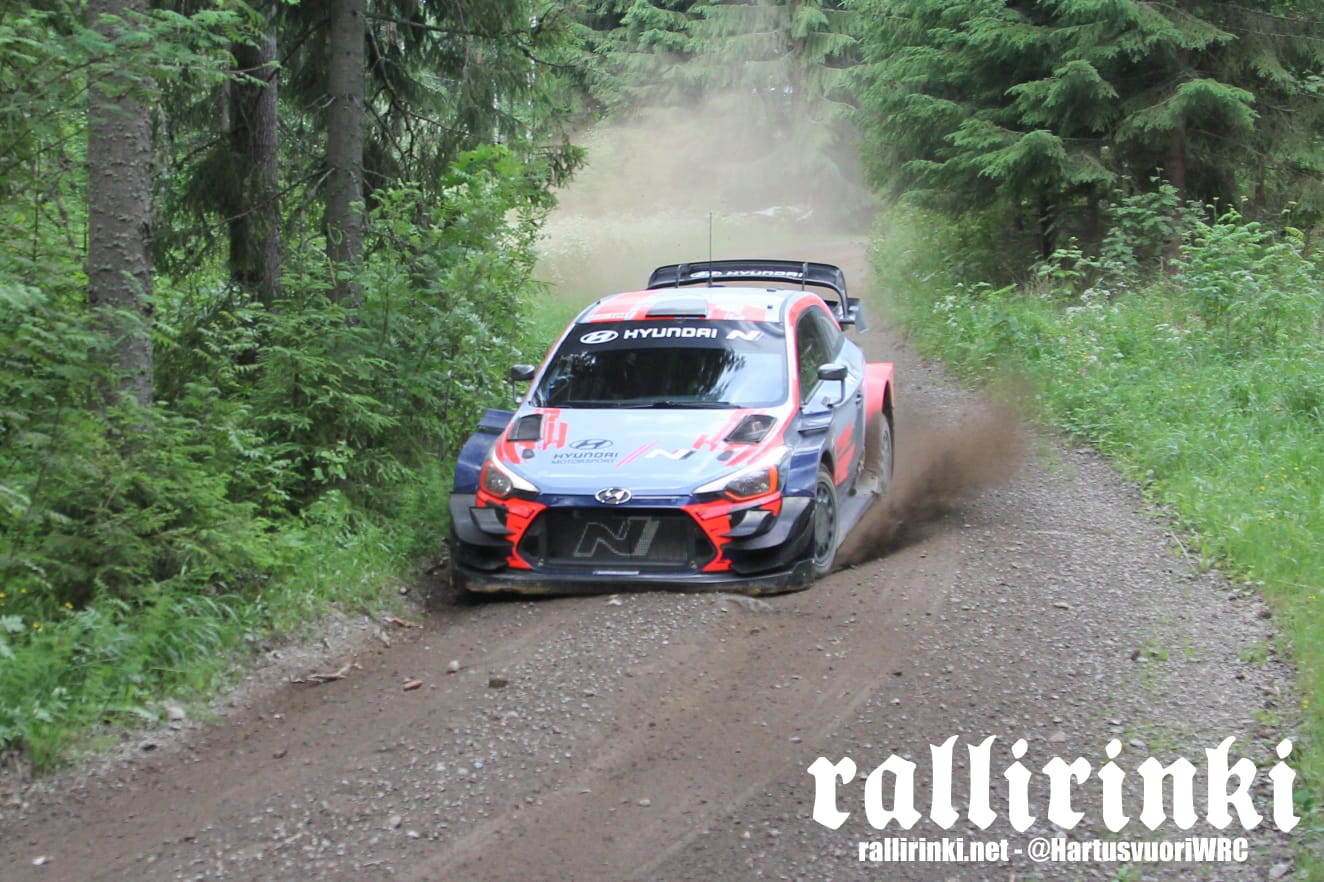 The increase in the area of the existing dive planes has the additional effect of increasing the downforce generated by the own dive planes, as the pressure exerted by air over them increases due to the higher area. 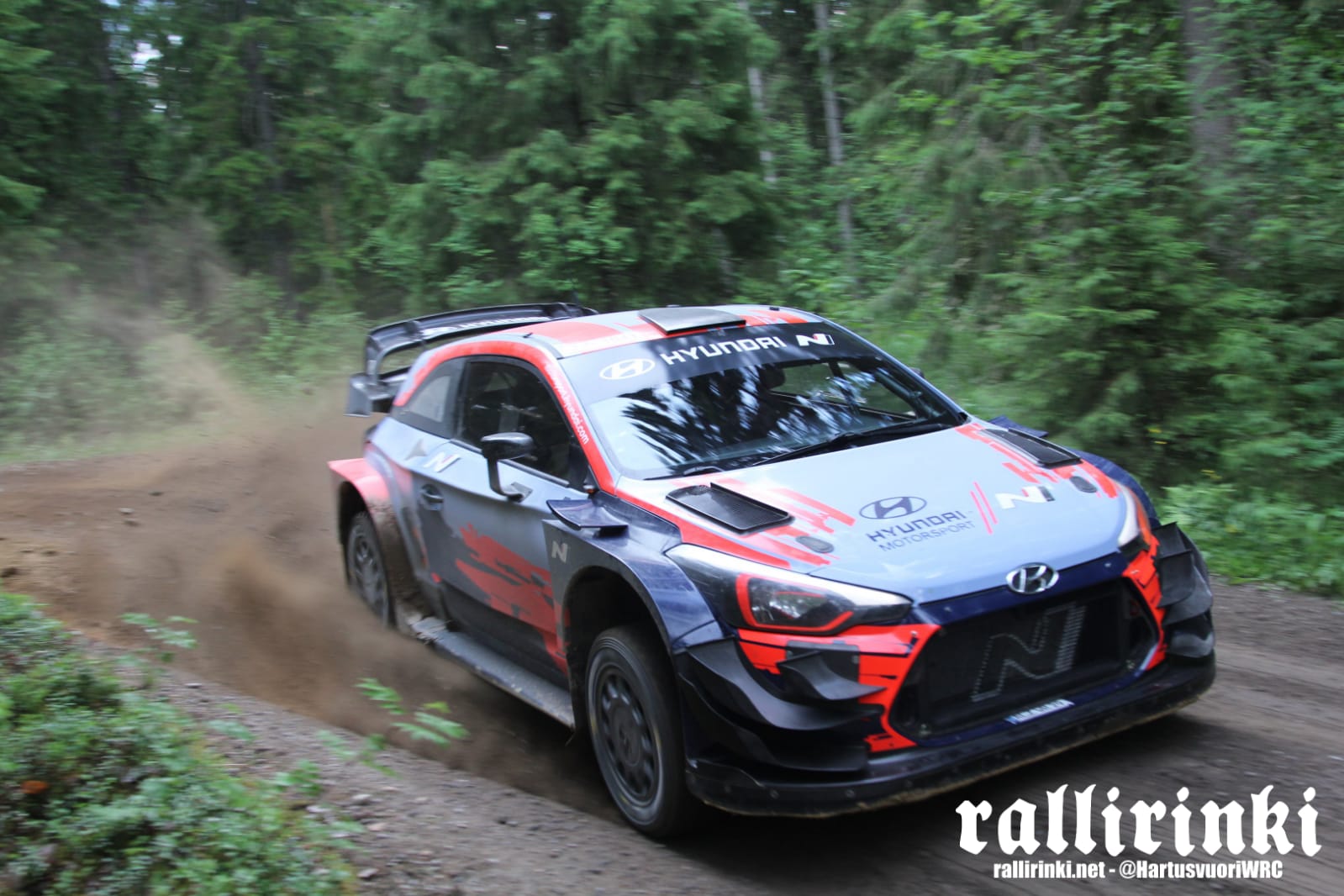 The final purpose of these modifications, as well as of the Toyota modifications seen yesterday, is to generate more grip, especially at the car front., and to improve the car balance, by reducing the difference between the limited downforce generated at the front and the excess of downforce generated at the car rear, by the rear wing and the rear diffuser. 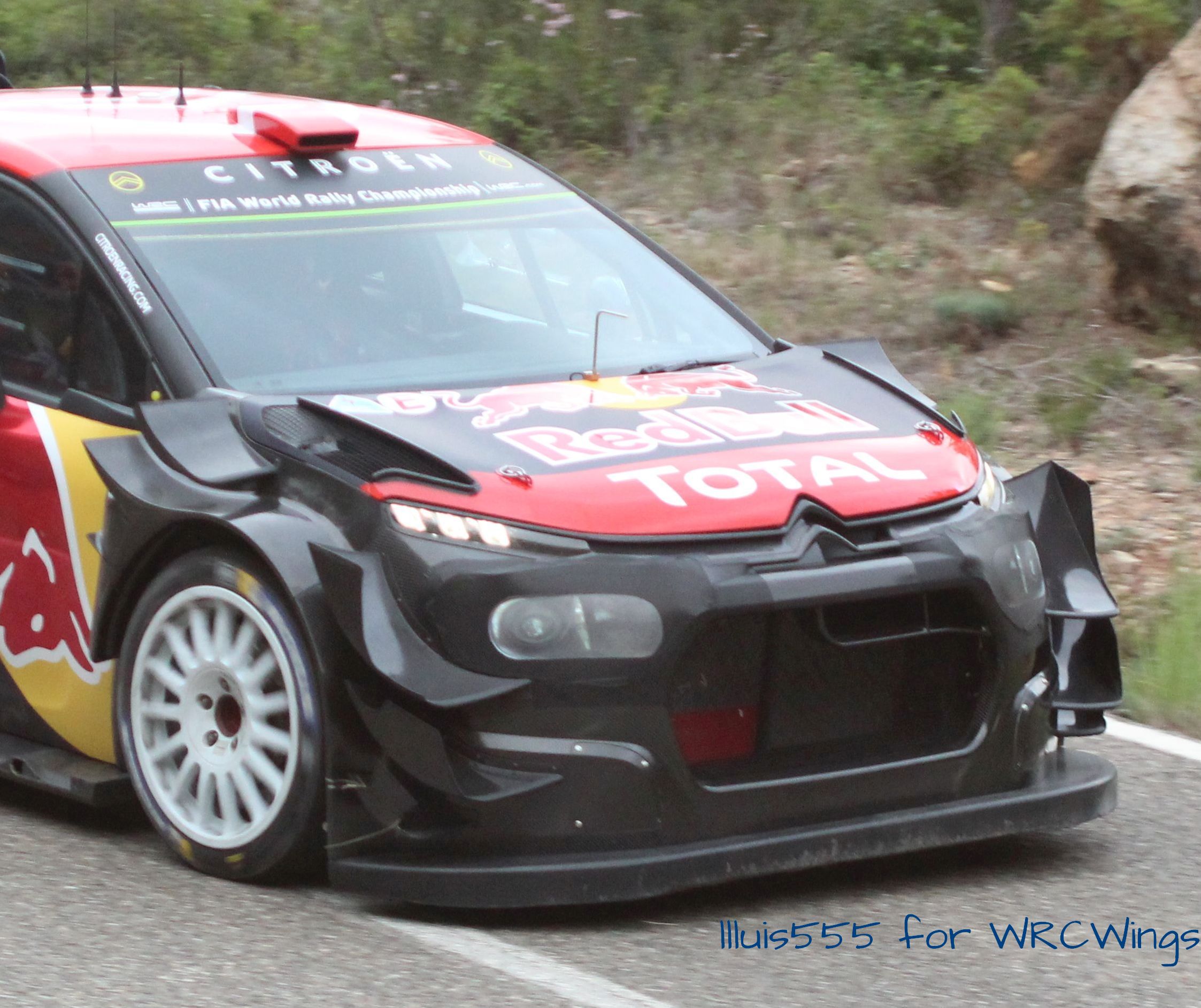 The modifications evaluated by Hyundai are very similar to the front aero modifications that Citroën tested in the pre-event test of 2019 Rally Catalunya (and in Finland one week later), designed by Oreca. In the case of the C3 WRC, the smaller dive plane was located under the existing ones, while Hyundai has introduced it on top of them. Another difference is that Hyundai endplates are located at the rear part of the planes, while in the Citroën, the endplate of the lower plane was located at the front. No matter the location, the  purpose in all cases is to better channel air to the rear. 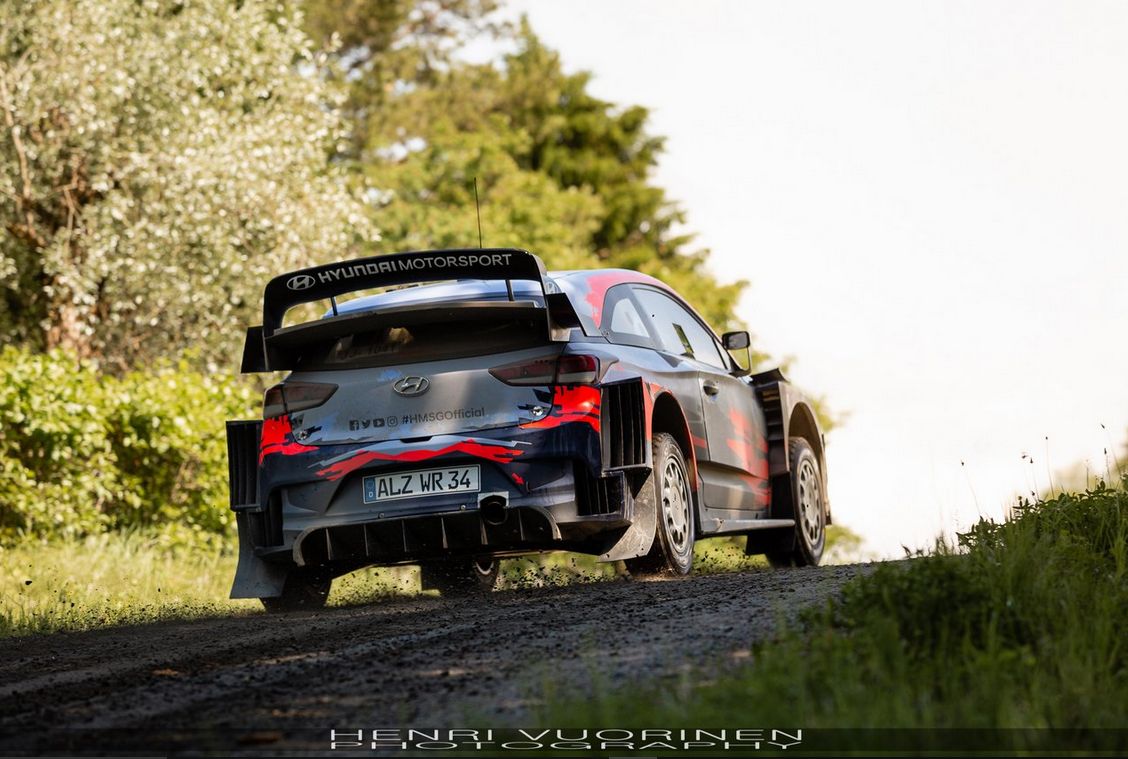 The modifications at the front of the car are the second set of changes that Hyundai evaluates in Finland, as the car used incorporated again the modification of the rear fender vents the team introduced last week, which we reviewed in a previous post. To refine all these modifications probably more testing will be required. But the feeling is that car performance has improved, as this video by The Teevoman seems to confirm. The balance of the car has improved since last year Rally Finland, especially when facing the famous Finnish jumps.

Another good video from the test has been uploaded by Ott Tänak himself, and due to the high quality of the images it includes, it is worth to include in our post.

All these modifications are the result of the design work the team has been developing during the season break due to COVID-19. But this is nothing else than the prolongation of the efforts the team had been done on aero improvements since 2019, which had as a result the modification of the rear diffuser (first seen in Rally Monte Carlo 2020), the rear wing and the new winglet on top of the front fender (first seen in Rally México).