Updated on October 6th, 2020 at the end of the article

Two weeks after the Toyota and Hyundai development tests held in Central Finland, where both teams evaluated some aero modifications, some pictures and videos from M-Sport tests started to appear on social media. From these images, it was clear that the team had also started evaluating some aero modifications at the front aero package of the Fiesta WRC. The test took place at M-Sport’s home test area (Greystoke) with the team’s test driver Matthew James Wilson at the wheel and co-driven by Stuart Loudon. The picture below, shared by the team in social media, clearly shows the modifications under evaluation. 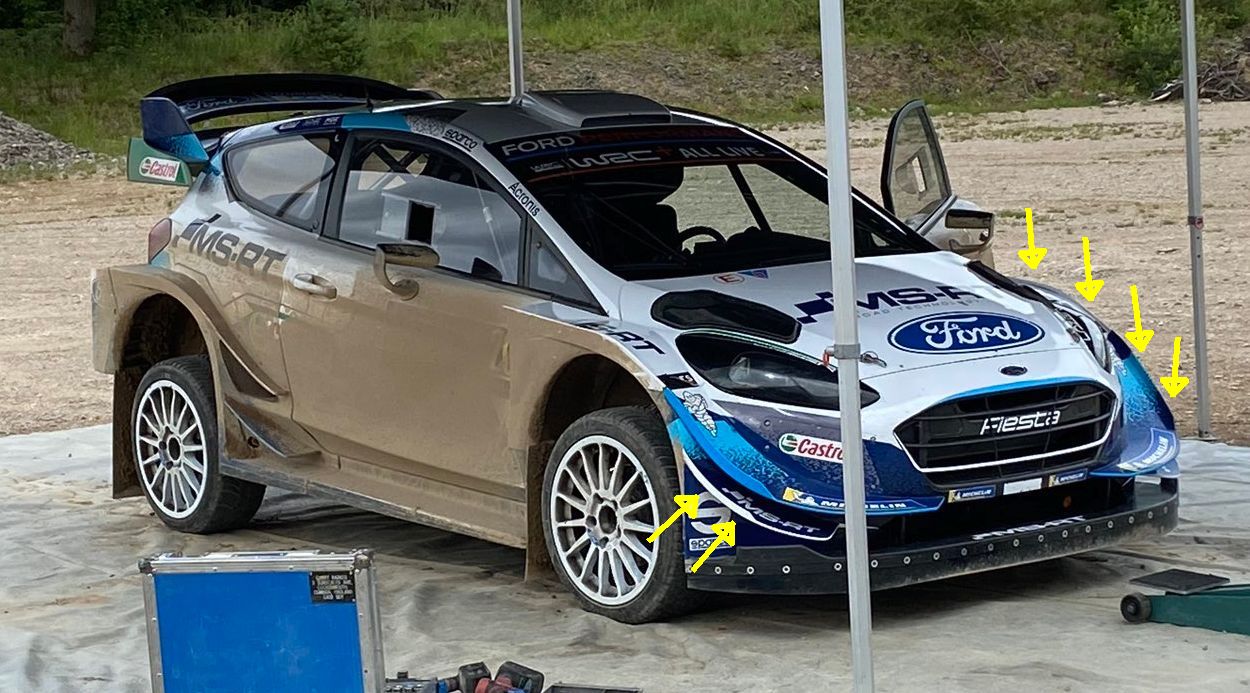 The first visible modification consists of the addition of a side lip on the external side of the dive planes, a long one on the upper plane and a smaller one on the lower plane. The main goal of this lip (acting as a small endplate) would be to prevent the mixing of high-pressure air (over the plane) with low-pressure air (under the plane), thus increasing the downforce generation capacity of the dive planes. It also contributes to driving a higher airflow towards the top of the fender, where also downforce is obtained.

Toyota and Hyundai also have included lips in the dive planes, but only on the top one, although the original design of the i20 Coupe WRC car also included a lip on the lower plane, until this was removed before Rally Catalunya 2017. 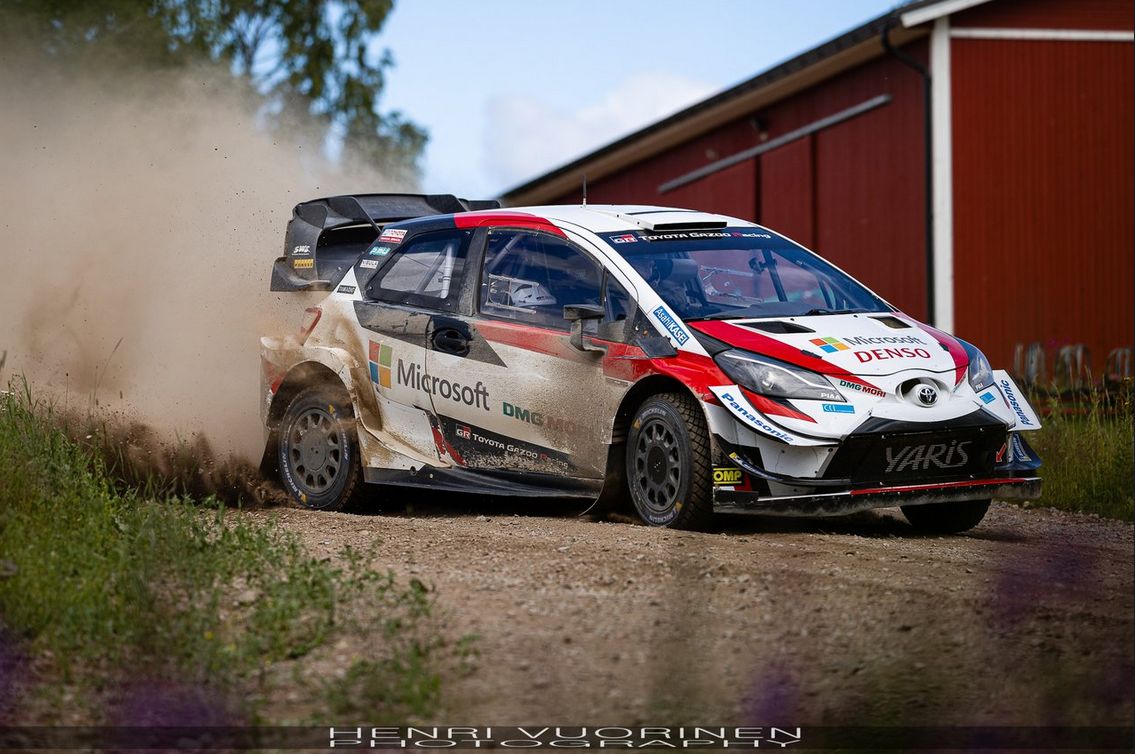 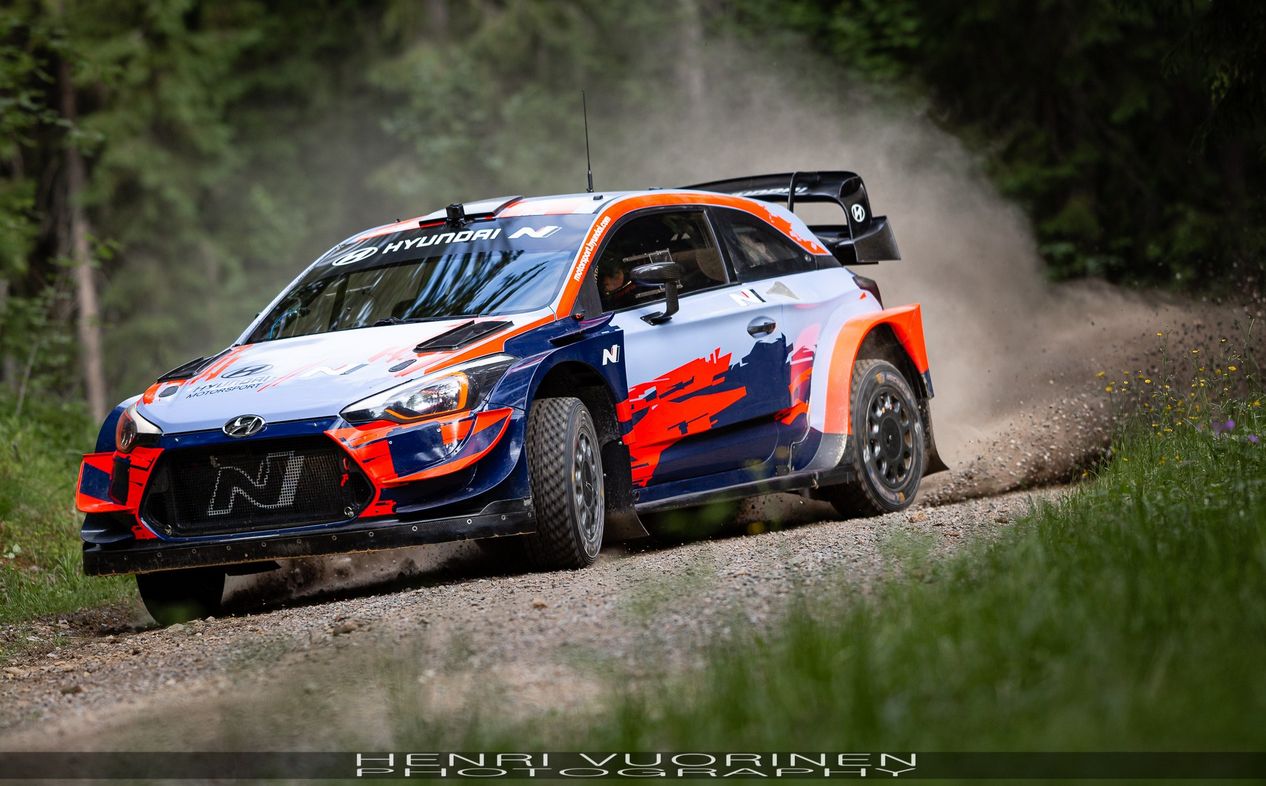 The second modification seen in the Fiesta WRC is located on top of the front fenders. Pictures show a modification in the profile of the upper fender surface, possibly to modify the airflow towards the rear of the car. The shape of the upper part of the fender has been modified. The goal would be to force air to flow upwards at the exit of the fender. Thanks to Coanda, we know that air (like any other fluid) tends to follow the shape of the bodies even after they lose contact with them. The result is that air is sent upwards, reducing the interaction with the side mirror (less drag) and increasing the efficiency of the rear wing, thus generating higher downforce at the rear. 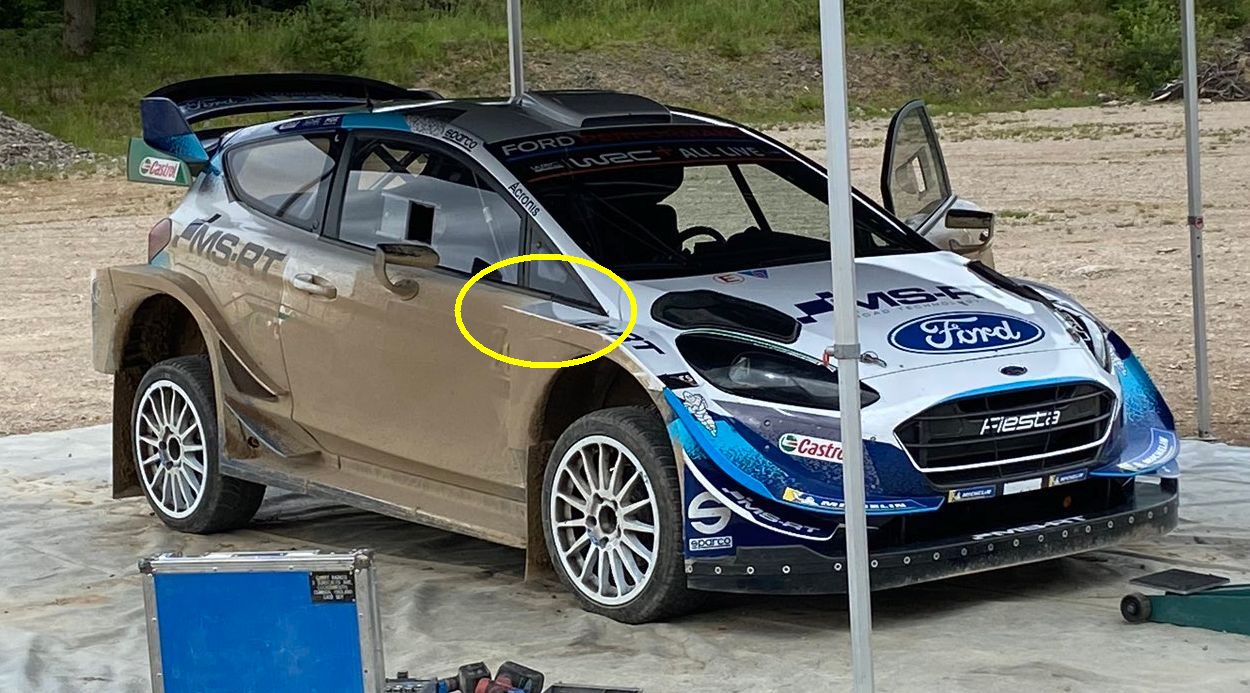 The design is then different to that of the Toyota Yaris WRC, which includes air vents on top of the front fenders, with a small winglet on top of it to allow a better air removal, while generating some extra downforce over the front axle. 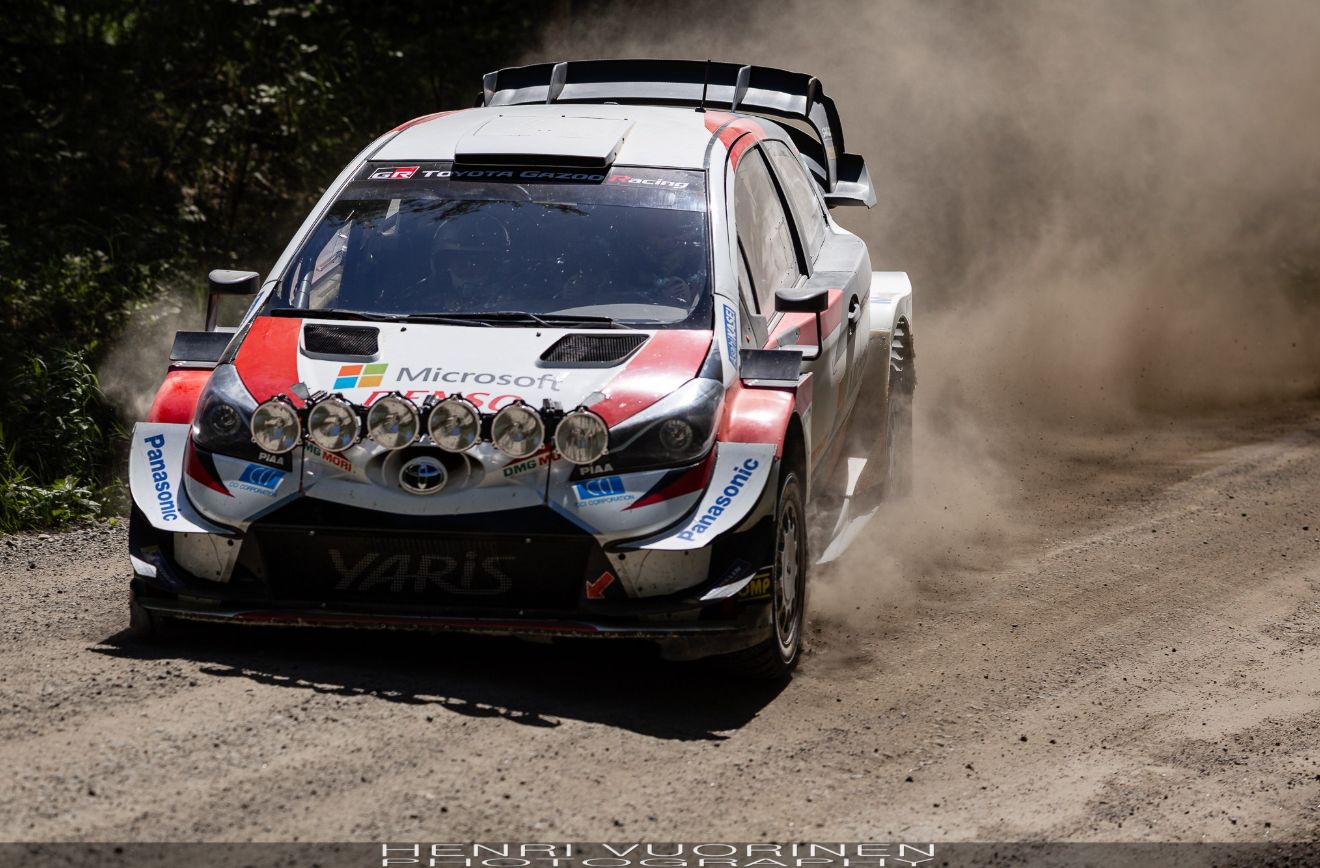 The picture below shows the differences between the Fiesta WRC used at Greystoke test (left) and the car seen at the start of the current season (right), in which any of these modifications is present.

In summary, the goal of the modifications evaluated is to increase the capacity of downforce generation at the car front, which allows improving the balance of the car (too unbalanced due to the high-efficiency of the rear to generate downforce). 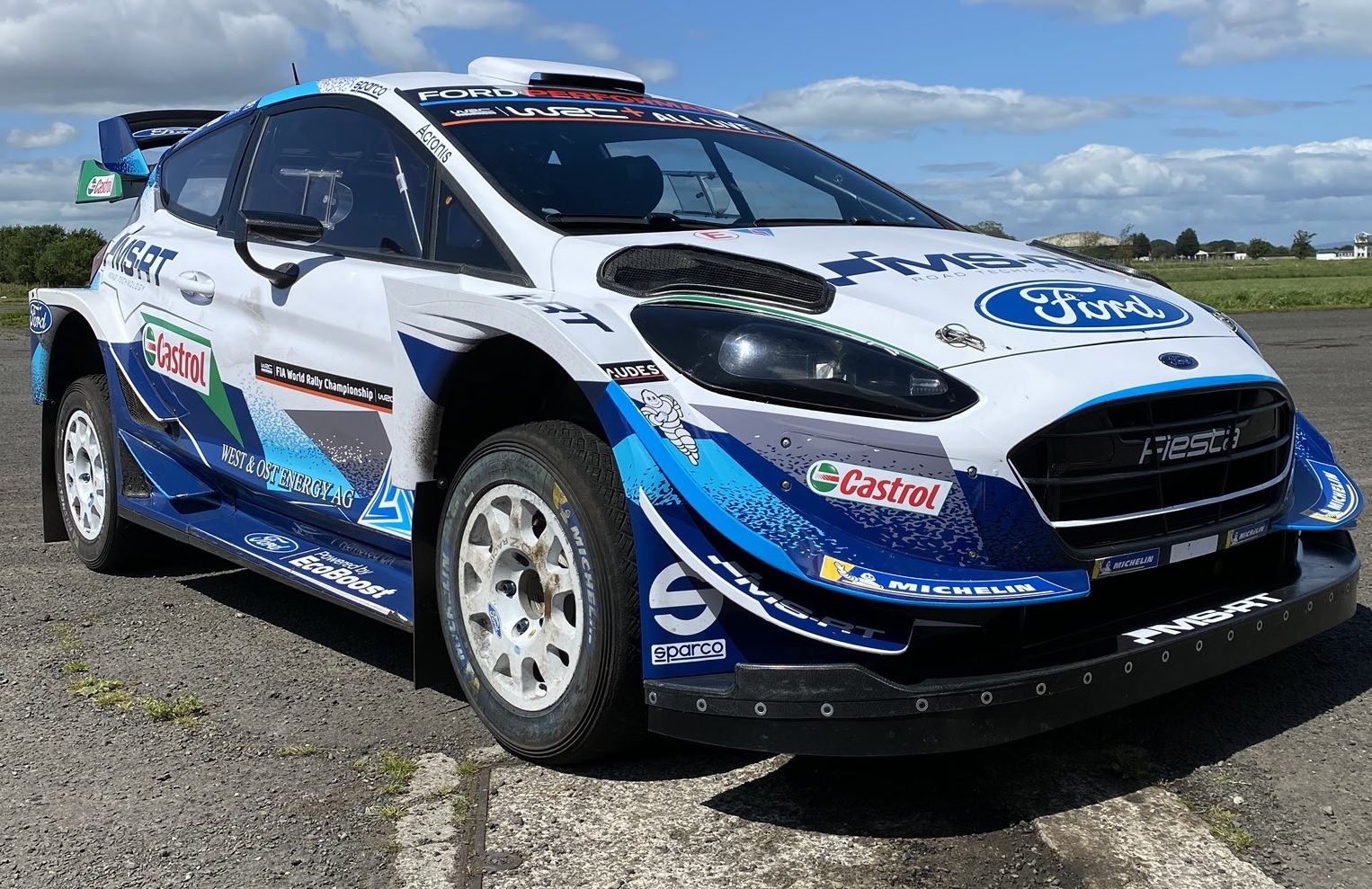 Before the debut in a WRC event (announced by the team to happen at Rally Sardegna 2020) the new front aero modifications have been used in two events, the first one being the M-Sport Return to Rally stages, again in a car driven by Matthew James Wilson and Stuart Loudon. 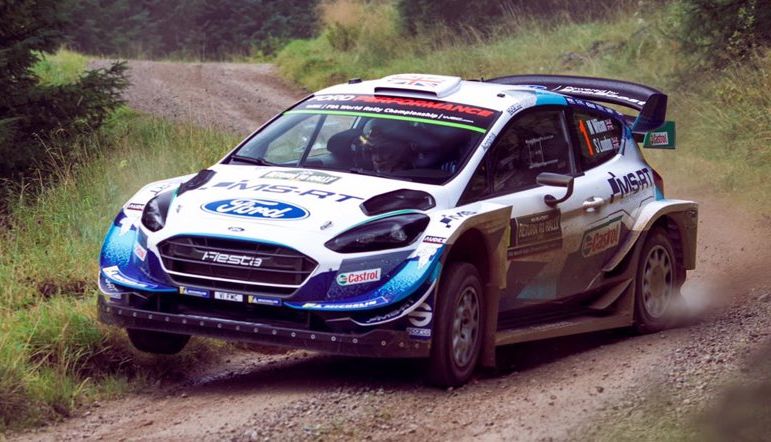 The second apparition of the modifications has been in Italy, during the Rally Legend 2020, in the car of Adrien Fourmaux and Renaud Jamoul. 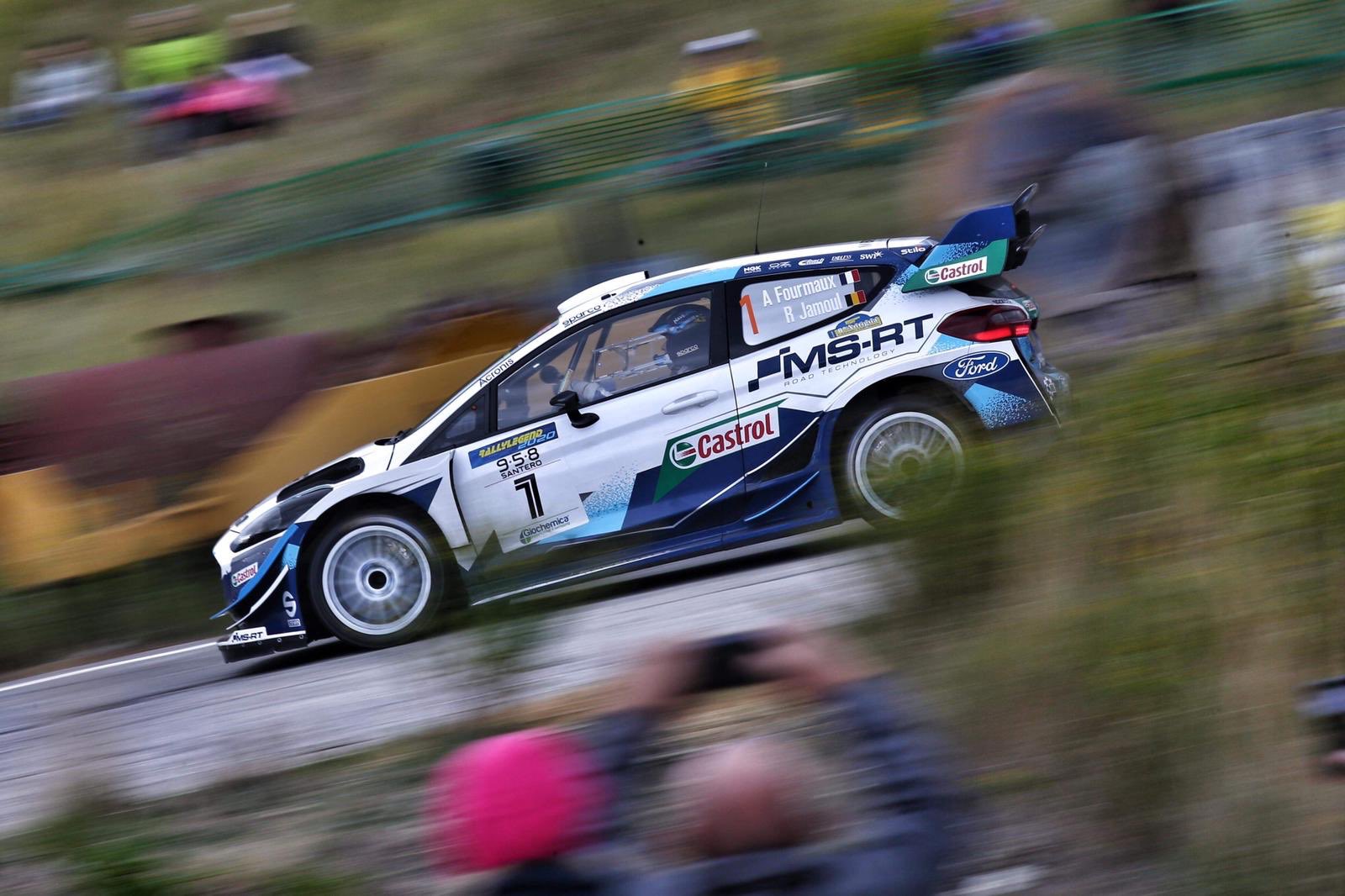 The Rally Sardegna 2020 will be then the first opportunity to use the new modifications for the official drivers of the team.