The news about a potential return of the latest aero evolution of the Citroën C3 WRC to the WRC routes published by DirtFish.com last week arrived during the same week of a new publication by FIA of the updated list of Homologation Vehicles and extension. This coincidence in time gives us an excellent opportunity to review the status of the car in terms of homologations and to check what still needs to be done to align it the next year. Also, the list confirms that all teams have been really busy during the interruption of the season, so it’s time to update the balance of the homologation jokers the teams have spent during the last months on modifications affecting aero parts. 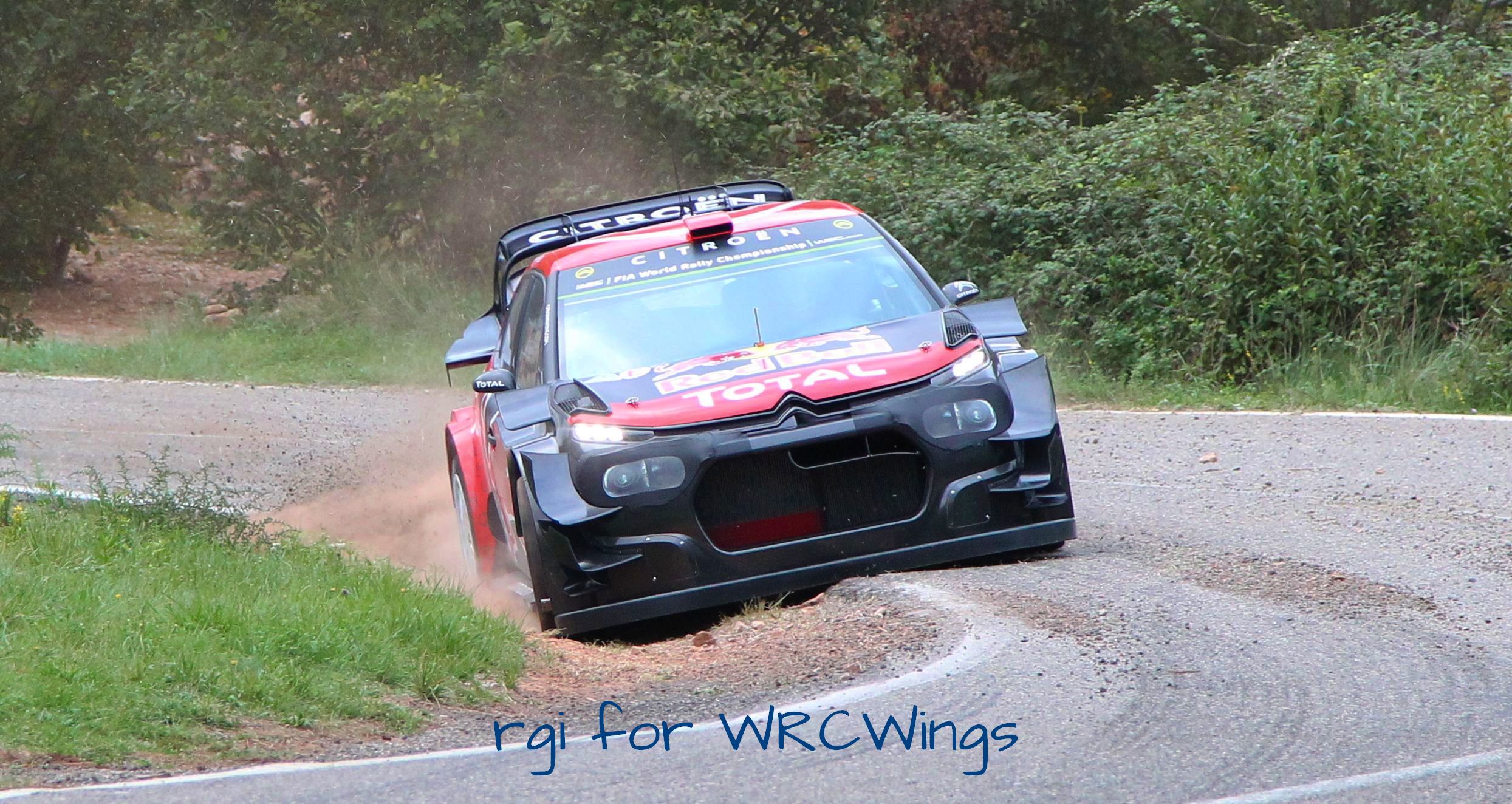 The return of the C3 WRC to the Championship would be, always according to DirtFish, with the latest aero evolution, only seen in the Rally Catalunya PET tests and a latter test held in Finland, both in October 2019. The car would be aligned by the French private team Sainteloc. Vincent Ducher, Sainteloc Rally Manager explained to DirtFish that “the process of the homologation has been launched by Citroën last year and then stopped. All the homologation documents exist and just need to be reactivated.”

So, what parts need to be homologated? Citroën already spent a joker on an engine modification, reference 445/13 dated December 1st, 2019, (after the announcement of the Citroën withdrawal from the Championship). But, the recent update of the homologation list confirms that no other parts have been homologated since then. Thus, to align the car in 2021, Citroën should homologate all the parts included in the new aero package developed by ORECA. Our estimation is that 4 jokers would be required to homologate all the modifications included in the new aero package. 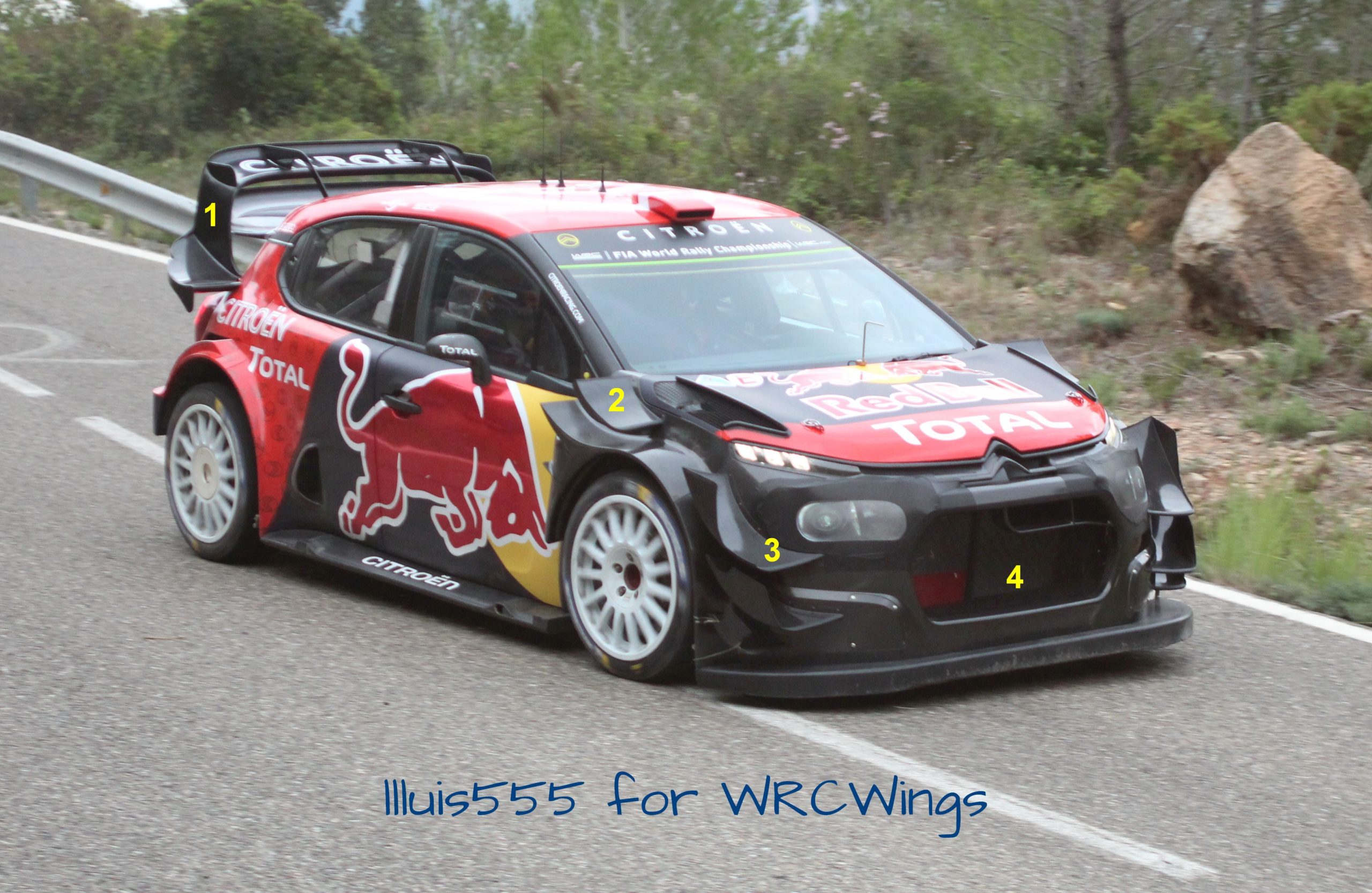 In case all the news are confirmed, Citroen could ask for the homologation of thee of these parts during 2020 (due to the restriction of 3 bodywork jokers), while homologating the rest in 2021. Or it could all be done during 2021, as up to 5 jokers per type should be available for this year (official confirmation pending on this point).

The table below shows the summary of the jokers used per team since the start of the present year, as well as the aero part we estimate that it has been included in each homologation.

The table above shows that all teams have been working during the interruption of the Championship between March and September. M-Sport is the only team to have spent a joker on aero (bodywork) modifications in this period. As a continuation of our last review of the homologation list (April 2020), we take a look at the latest developments done by each team.

The modifications in the front aero package of the Fiesta WRC already seen in summer tests, as well as in the cars of Wilson/Loudon in the M-Sport Return to Rally Stages and Fourmaux/Jamoul in the 2020 Rally Legends, have been submitted for homologation by M-Sport and approved on October 1st (ref. 464/13). 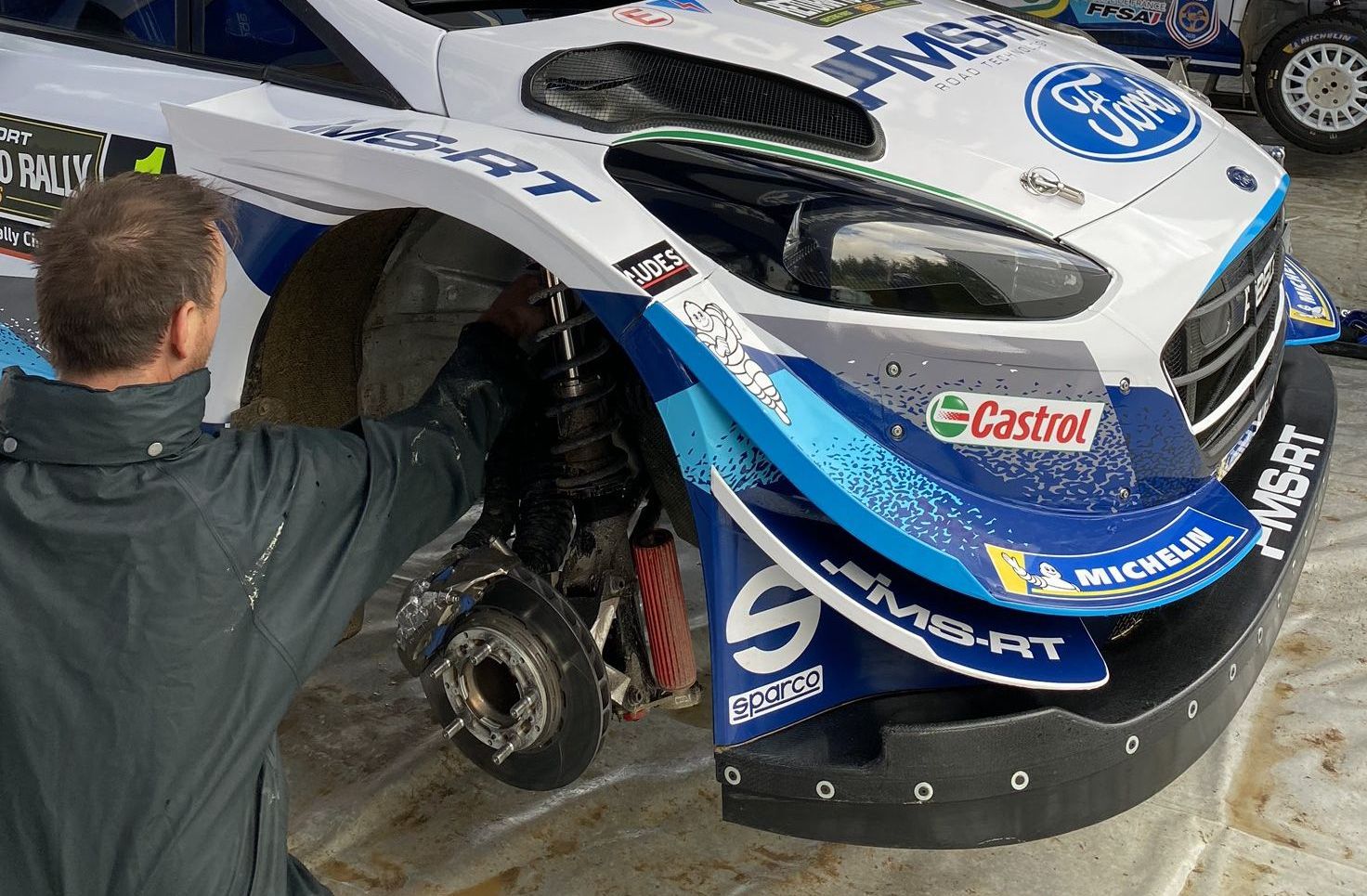 The front aero package has been upgraded with the introduction of lips acting as small end plates on the external side of the dive planes, as well as the redesign of the front fender cover, which has turned from flat to wing-shaped. These modifications have not been used yet in any event of the World Championship, as the team decided to give priority to the stock of old design front bumpers in the gravel events, before introducing it in the car, what might take place in Monza or in 2021.

The team of engineers at Alzenau has been also very busy during the last months, working on the development of modifications for the current season, for 2021 as well as for 2022 (new hybrid car). While there is no evidence of the work devoted to this last one, we have seen the latest solutions created for the current car in the development tests the team has carried out during the last summer. The first main modification was seen early in June, and it consisted of the new design of the rear fender vents, which turned into a vertical disposition and oriented towards the exterior of the car.

According to the FIA regulations, the modification of the fender vents do not require a homologation joker, and can be homologated as a Variant Option (VO), which are not restricted. Most probably it is the bodywork VO the team homologated on July 1st. It was first seen in the WR Championship in Rally Estonia and has been used since then in all the other events. 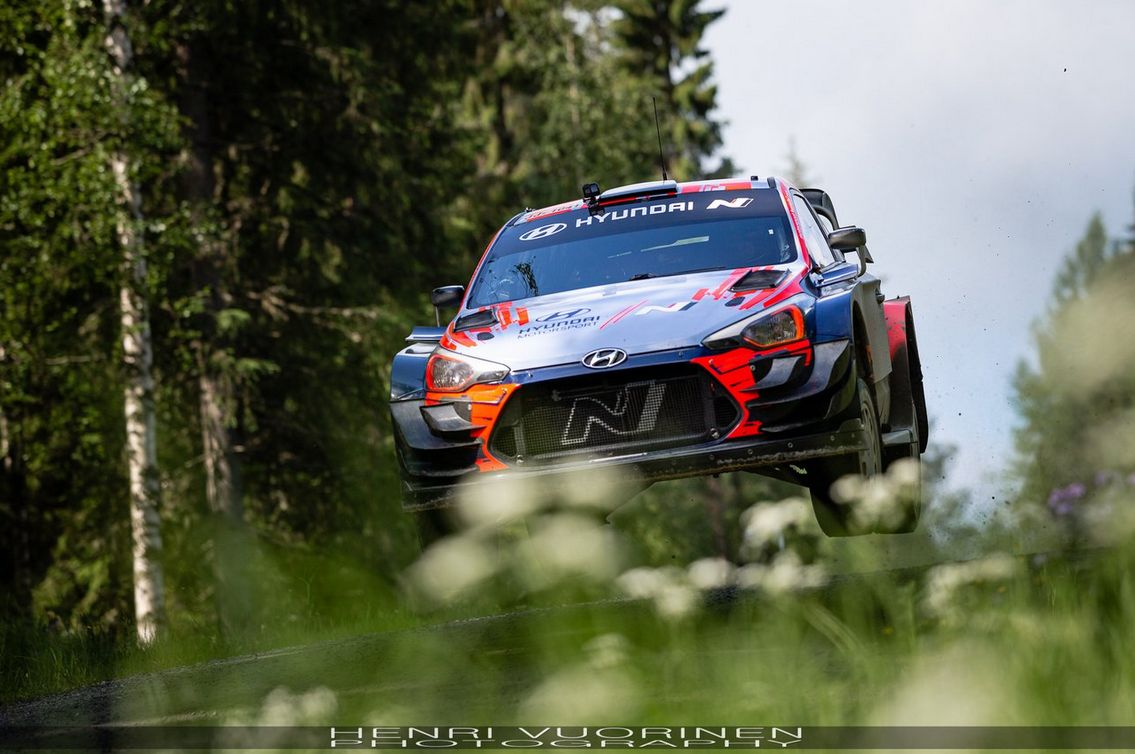 The team also tested some modifications in the front aero package during the summer tests. However, the lack of jokers available for 2020 forced the team to program the modifications for the next season. In the meantime, the team has been working internally on the refinement of these modifications.

The last homologation request from Hyundai has been done during September, and approved on October 1st., under the format (again) of a Variant Option. It might well be the modification seen in the Rally Ypres pre-event tests held last week. It consisted of a new design of the front air intake grill (as shown in the picture below). 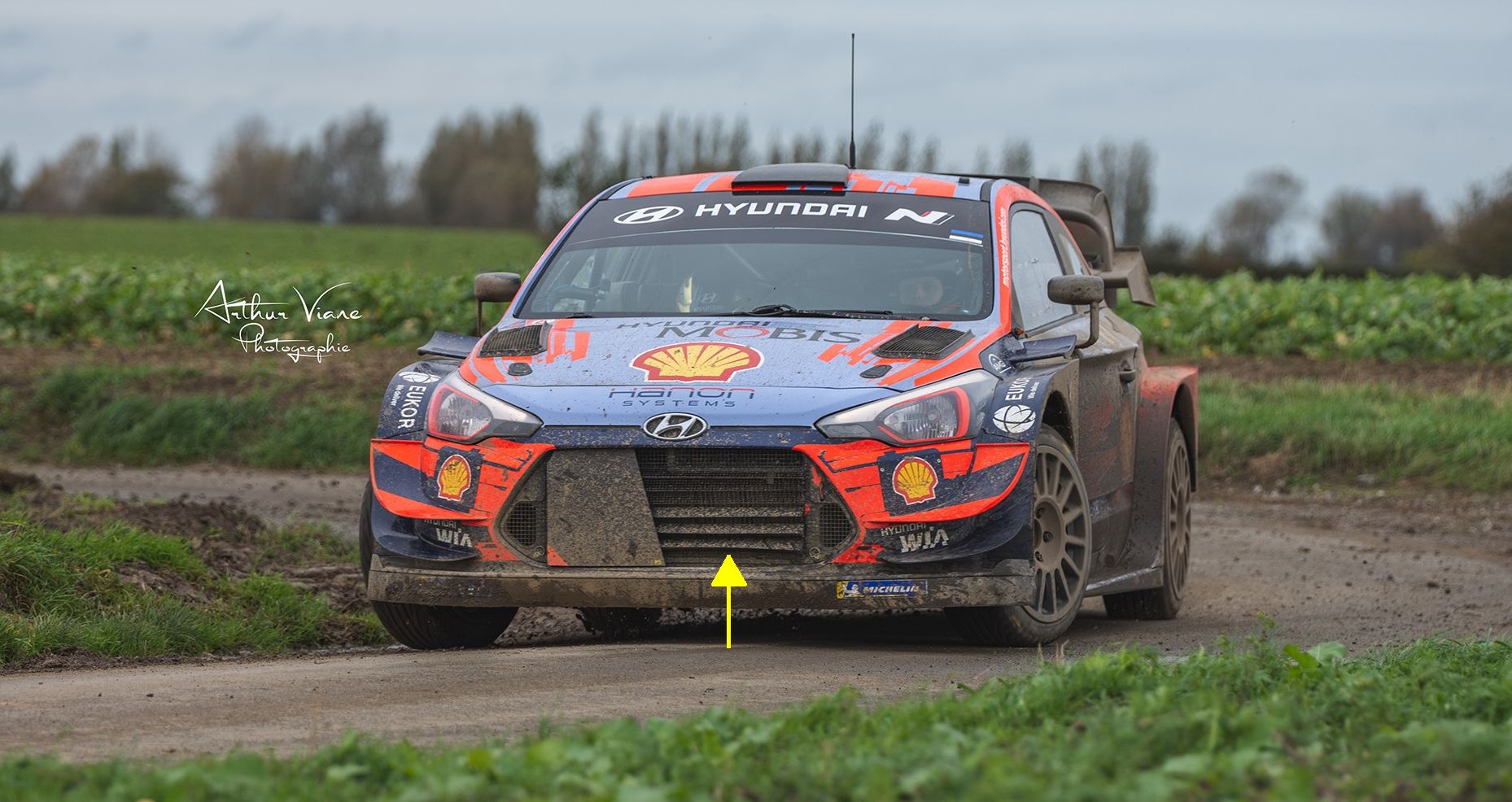 The goal would be to prevent leaves and mud accumulation on the grill that might cause damage to the cooling due to poor cooling (such as happened to the Fiesta WRC cars in the last Rallye Monte Carlo). Hyundai has been working on a solution to this problem during the different pre-events tests held in the last months (Germany, Turkey, Sardegna and Ypres).

Toyota engineers have also taken advantage of the summertime for the development of new aero solutions to improve the Yaris WRC performance, as well as for the 2022 hybrid car, once the introduction of the GR Yaris WRC for the next year was discarded.

The team has been working on the front aero of the Yaris, in order to improve the downforce generation at the front, as well as the car balance. Some of these modifications were seen during the pre-event test of Rally Estonia, including a small endplate on the upper dive plane, as well as a modified (bigger) vertical fence on both sides of the front splitter. 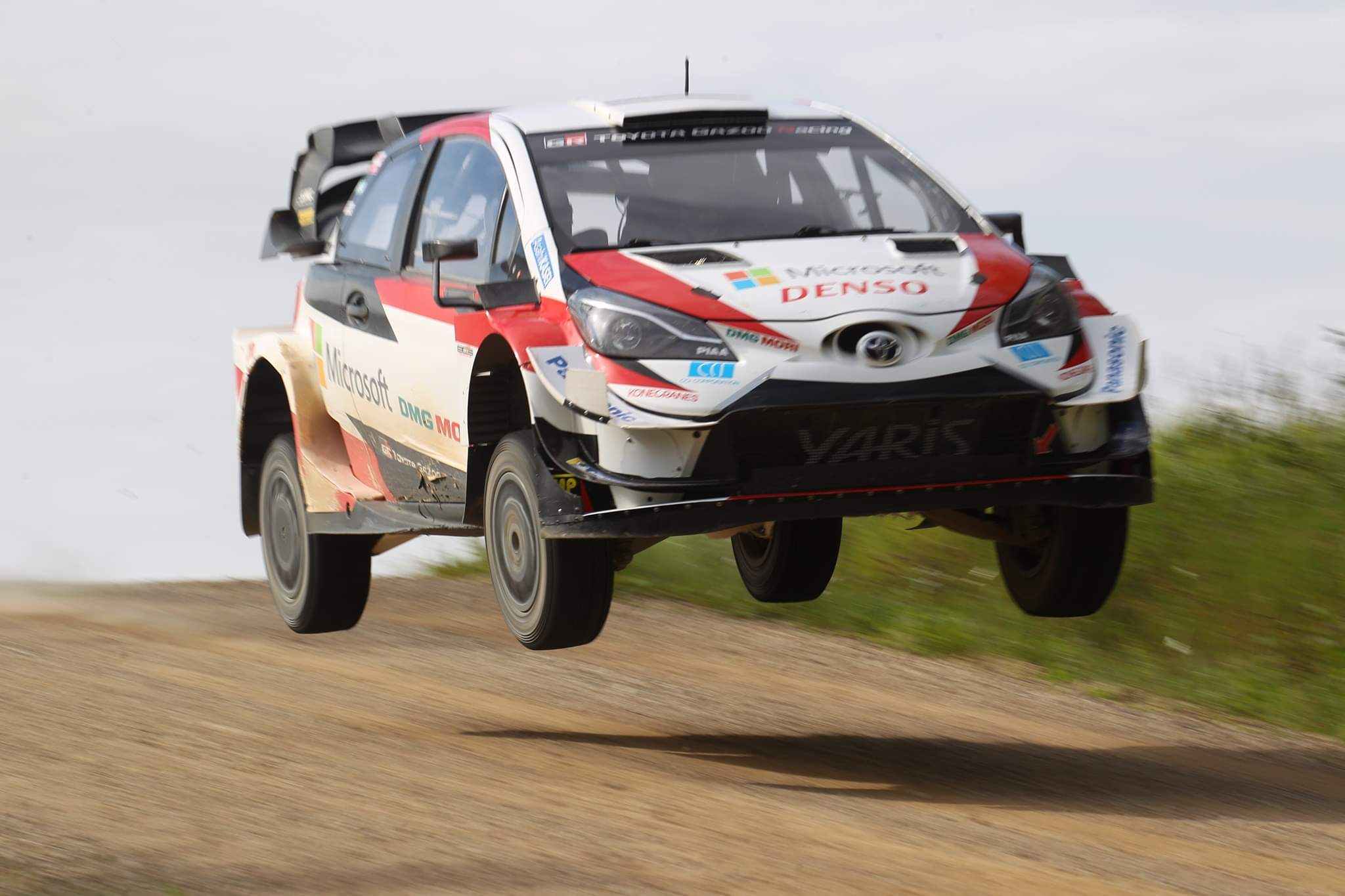 During this period, Toyota has requested for the homologation of two bodywork modifications in the format of a Variant Option (one in July and one in October). Our guess is that one of them (that homologated in July) was for the new blocking plate seen on the lower part of the rear fender vents in the Yaris WRC of Ogier/Ingrassia in Estonia and Sardegna, to prevent mud accumulation inside the fender vents. The second VO (homologated in October) might be for the modification in size of the vertical fence on the front splitter, seen in the Rally Estonia pre-event test. 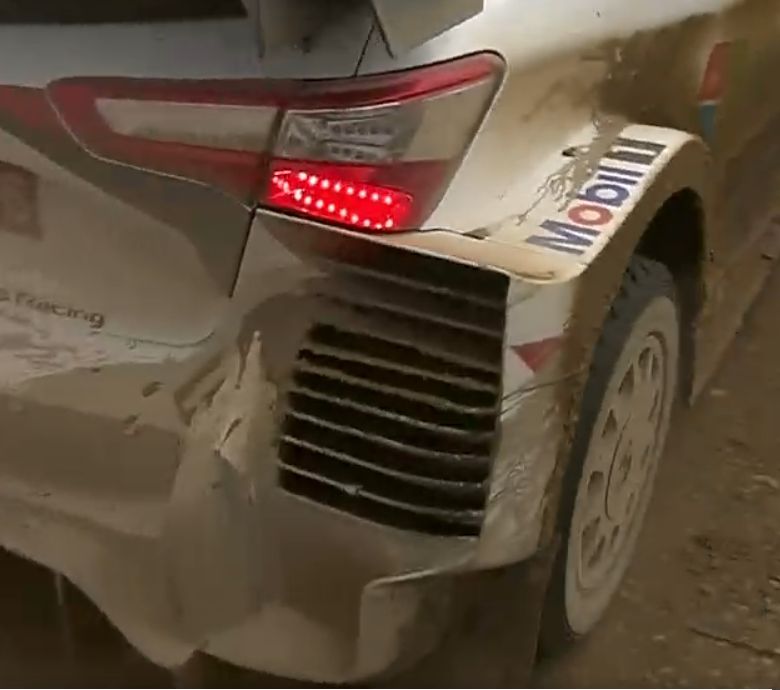 With still one event programmed for the current season, it is probably that all teams are already working on the development of the 2021 car. However, any new part they submit for homologation we will not know until FIA publishes the new updated list, what should happen most probably during the first quarter of 2021. A pity, as it deprives the fans from being aware of up-to-date information that is also part of the competition itself.