The participation of the duo Ott Tänak and Martin Järveoja in the 2020 edition of Kehala Ralli has been used by Hyundai as another step in the development process of the front aero package of the Hyundai i20 Coupé WRC. This is one of the areas where the team has devoted more efforts in the last months, in order to improve the car for 2021. The goal is always to increase the generation of downforce at the front of the car, which will result in a higher grip (less understeering). Also, increasing the downforce at the front means to reduce the gap with the rear of the car (where higher downforce is generated, thanks to the rear wing and the diffuser), and the result is a better balance of the car, which makes it easier to drive (more neutral). 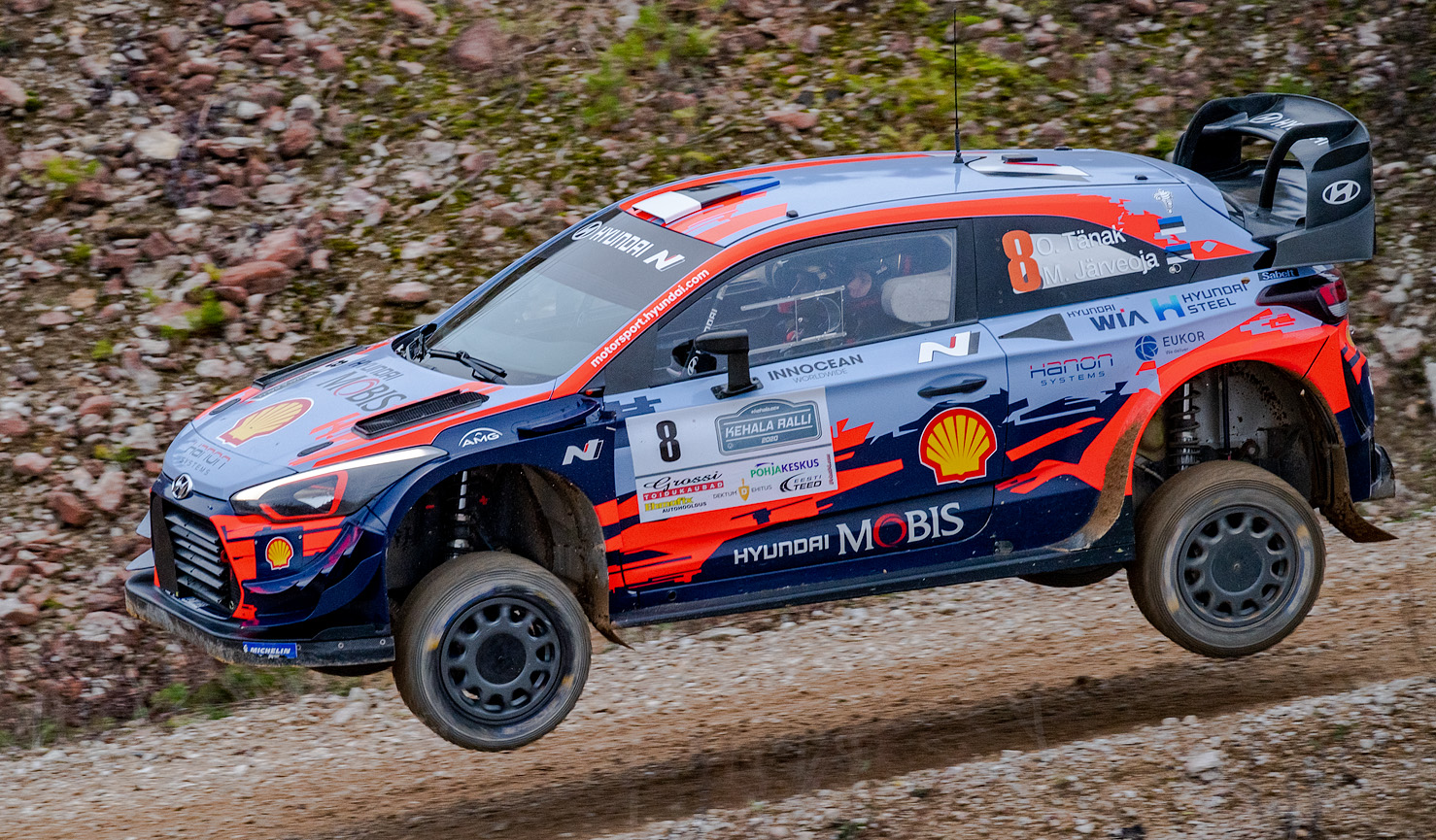 The test has been developed during some of the fastest stages of the Kehala Ralli (stages 4, 5 and 6) when a modified front dive plane configuration has been mounted in the Hyundai of the Estonian duo, as shown in the picture below.

The first modification consists of the use of a serrated or slotted upper dive plane. Three small cuts have been made on the exterior of the plane, to generate some slots that force the air to flow upwards but preventing it from flowing to the exterior of the car, thus acting as small endplates. This is an original solution probably designed to still keep the benefits of the endplate in terms of downforce while minimizing its impact over the air resistance (drag). 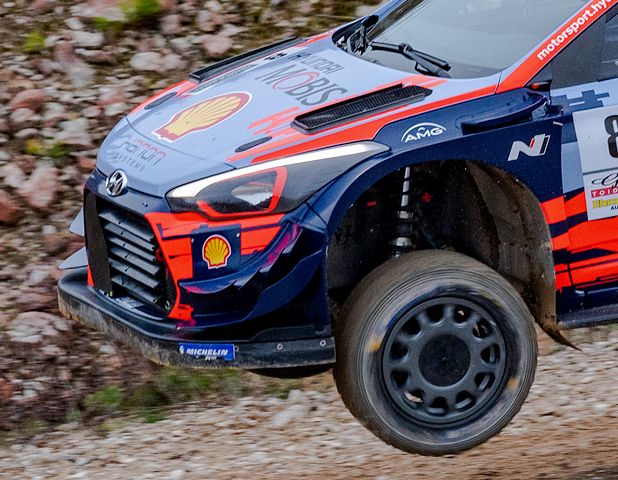 The new dive plane (in blue) replaces the original design (in orange), as shown in the image below, with the original (up) and the new design (down). 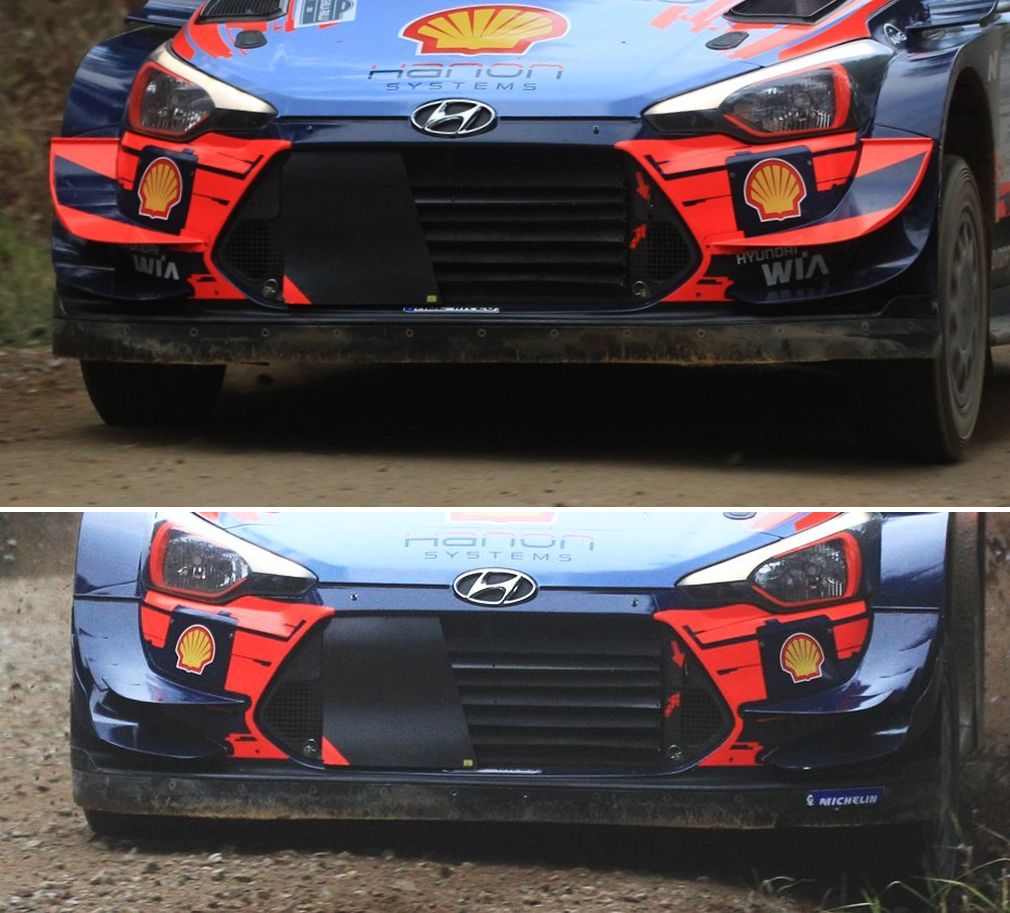 Original (above) and new (below) design of the dive planes

The second modification consists of the addition of an endplate to the lower dive planes. This modification was already seen in the tests developed in June. It is a full endplate with a double purpose: to allow to better channeling the air towards the rear of the plane, and to act as a barrier to prevent that air from over the plane (high pressure) mixes with air from below the plane (low pressure), thus making it more effective in downforce generation.

The winglet located on top of the front fender has also been modified, with the addition of a Gurney flap. This is a usual solution to increase a wing efficiency, as the presence of the flap allows the airflow to remain attached longer, as we already saw in this article. Also, a second Gurney flap has been added to the upper surface of the front fender, to accelerate the airflow in that area, thus making more effective the winglet. 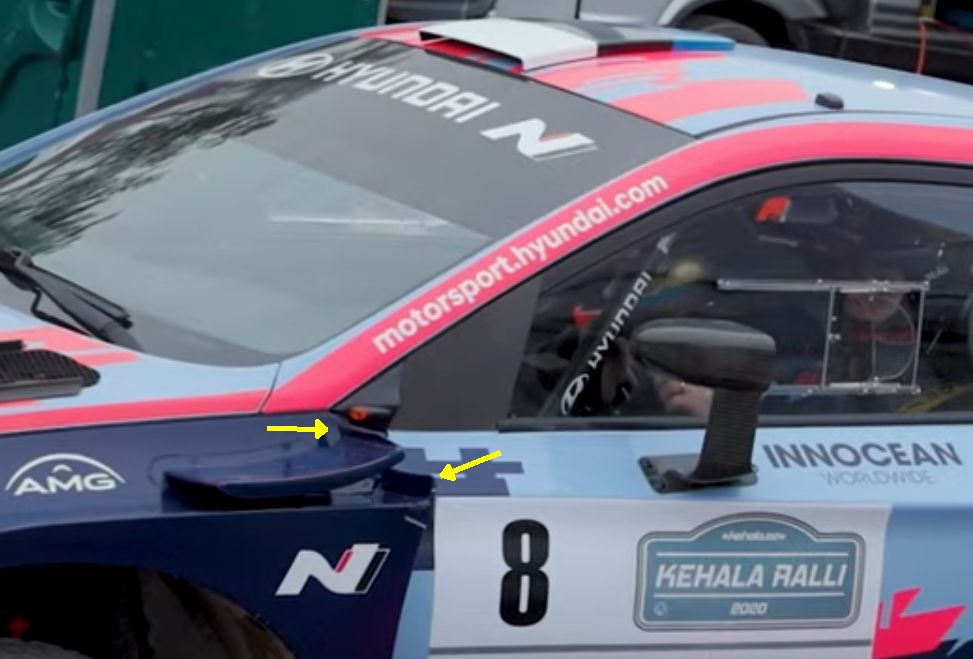 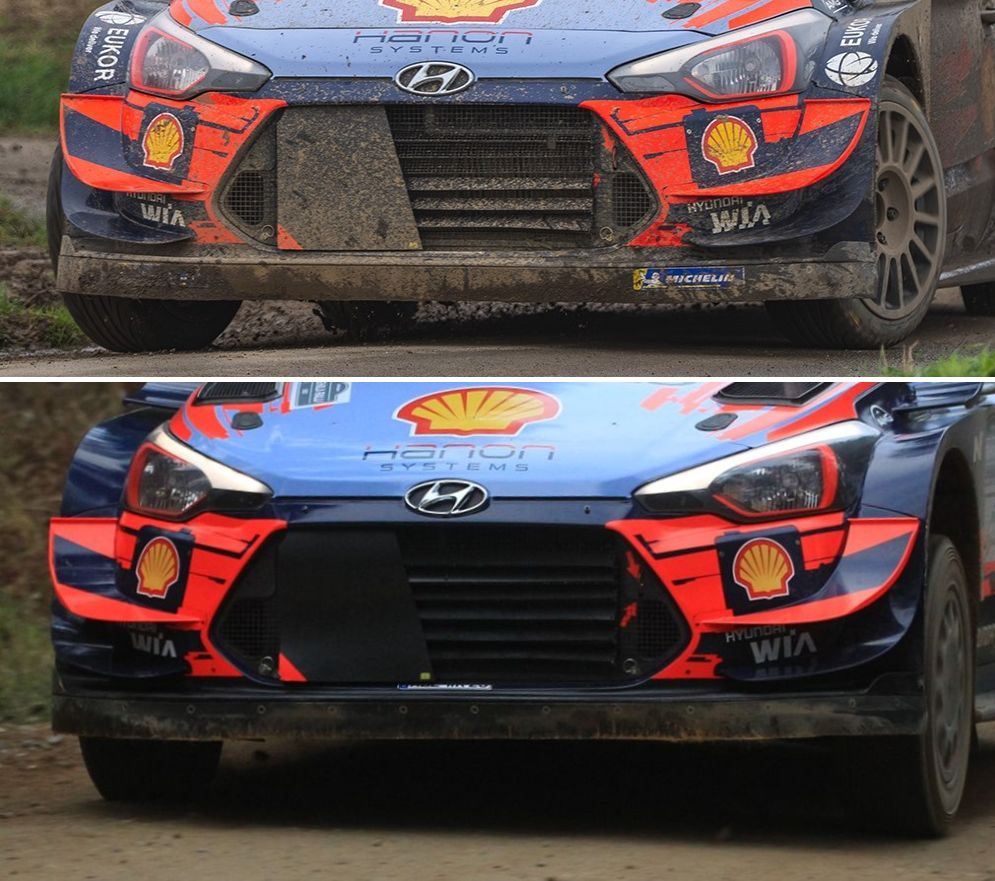 The modifications seen in Kehala are different from the modifications the team evaluated during the development tests the team carried out in June in Central Finland. Then the team introduced a third dive plane, as well as endplates in all the planes. 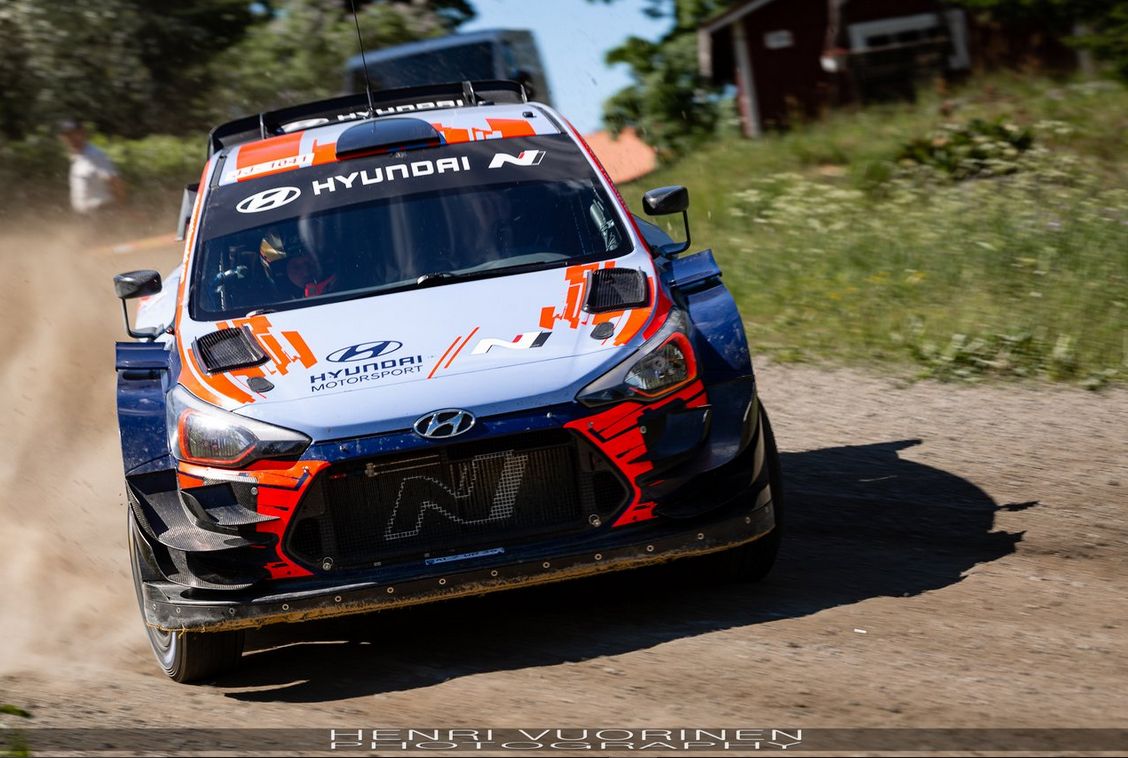 The roads of the Kehala Rally are familiar to Ott Tänak, as he was third in the 2013 edition at the wheel of a Subaru Impreza STi N12, with Raigo Mõlder (who was codriver of Georg Gross in a private Fiesta WRC this year in Kehala) as codriver. This is probably one of the reasons why the team has chosen this event for the development test. Also, the limitation of pre-event testing to one day for every Manufacturer driver entered in a European WRC round approved by the FIA World Motor Sport Council in June. This means that teams can only count on Rally Monza pre-event test days for this season, and they take advantage of their participation in national events to continue with their development work. 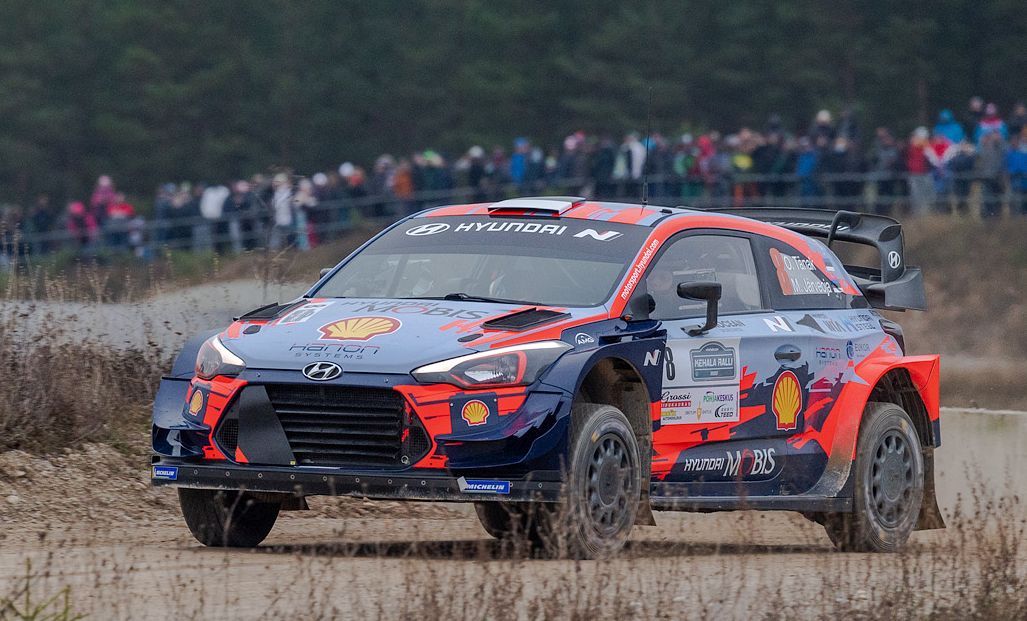