Only a few days after the new Hyundai i20 N Rally2 was shown to the world, the first development tests have taken place last week in Italy. The new car is based on the last evolution of the Hyundai i20 road model, which is already on sale, and from which some aero parts are used. 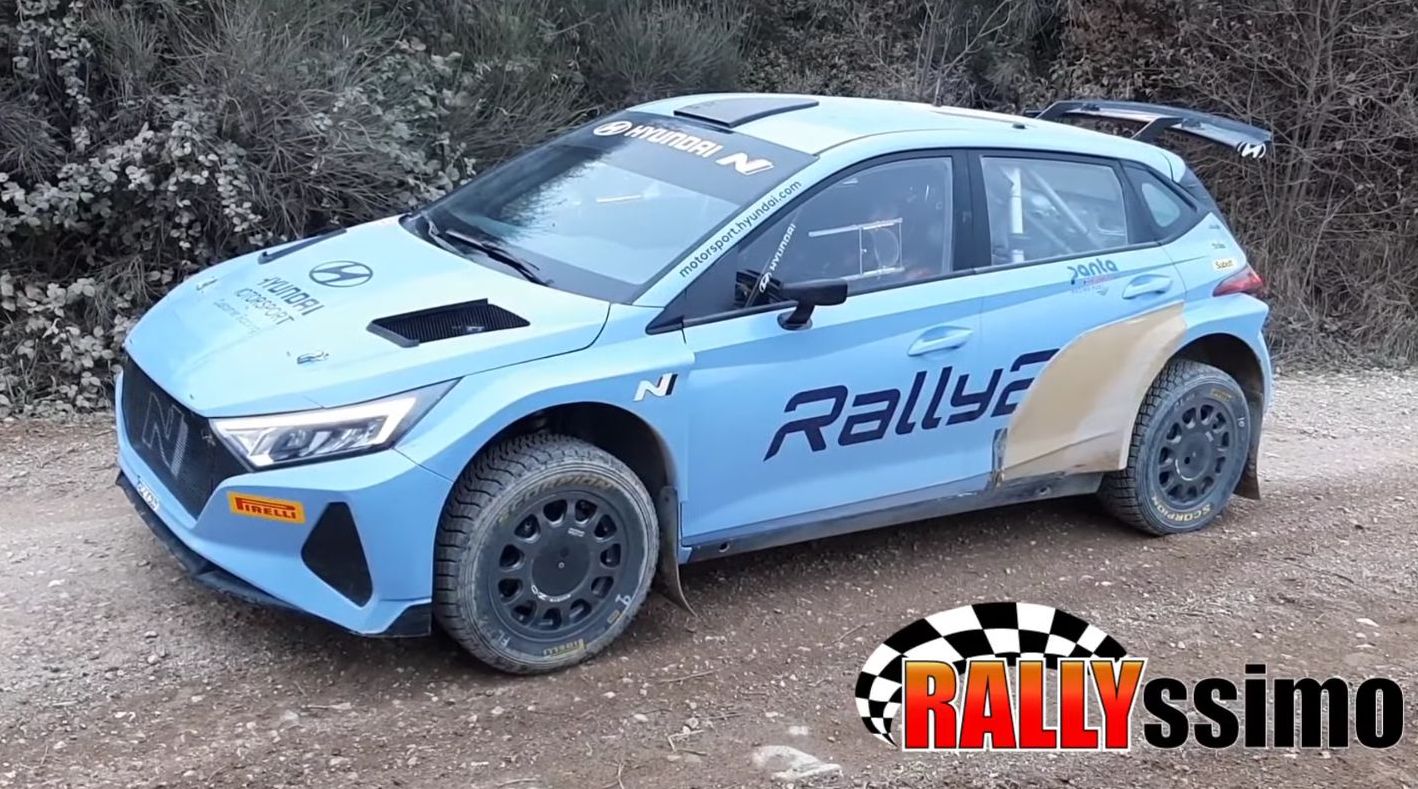 The images from the first test show some of the aero novelties the car includes. The new car reflects the work developed by Hyundai and Hyundai Customer Racing engineers to give the car as much front downforce as possible, in order to ensure grip at the front wheels. To get that, the car includes the most prominent front splitter of the category (Rally2 or the old R5), as a solution to force as much air as possible to flow over the car (and not under the car). This is the best way to reduce pressure under the car, thus increasing downforce (by pressure difference). Other manufacturers have found alternative solutions to increase the front downforce generation. For instance, Citroën modified the rake (the angle of inclination of the underbody) of the C3 R5 in 2019, to also reduce the amount of air flowing under the car. 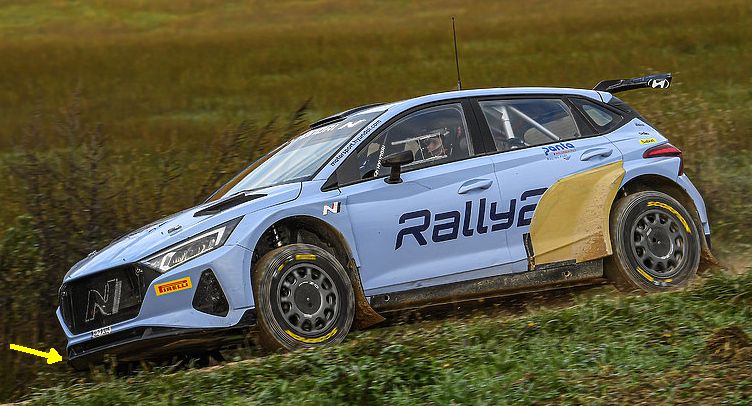 Other details from the front of the car also show the search for additional downforce. For instance, the anterior part of the front wheel arches has been modified, giving them the shape of the dive planes used by the WRC car. The impact of the airflow over this flat surface translates into a small additional downforce gain. 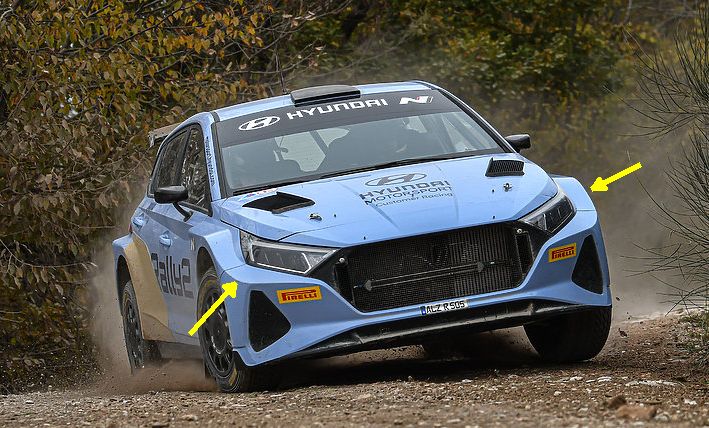 In terms of internal cooling, the new car takes advantage of the big front air intake (a) to feed the engine radiators. Hot air is removed through two vents located at the rear of the bonnet, at a very similar location to the old car. Also, front brakes receive fresh air for cooling purposes, through vertical openings (b) located on both sides of the big front intake. 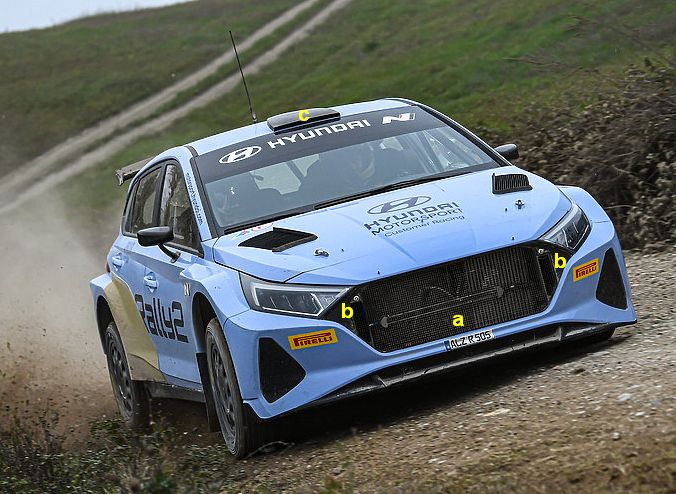 The design of the roof scoop (c) is the same used in the WRC car, as well as in development tests of the latest evolution of the R5 car (while it was never used in competition). it is a thinner scoop, which represents a smaller perturbation to the air flowing over the roof, thus increasing the rear wing efficiency (which receives a cleaner airflow). The downside of this new design might probably be a reduction in the cooling capacity inside the car, as the intake area seems to be smaller than in the original design. 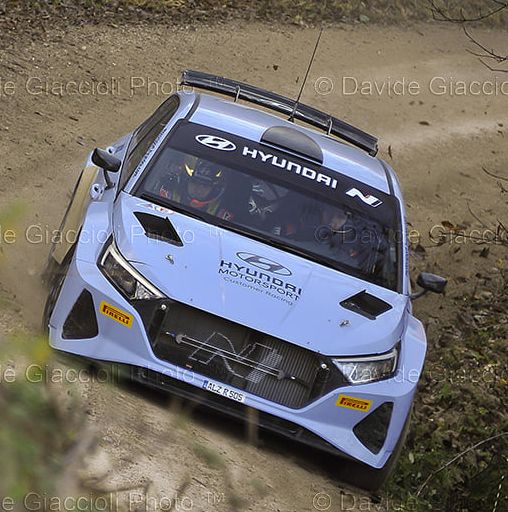 While the sides of the car do not show significant differences with respect to the old car, some important novelties have been introduced at the rear. The most visible is the new rear wing, which is significantly different from the old one. The side supports (acting as endplates) in the old car (similar to those of the Polo R5) have been replaced by small swan-neck supports, located at a central position. This configuration is considered the best option in order not to reduce the wing efficiency, as air flowing under the wing finds no obstacle to flow, in opposition to the cars where supports are inserted under the wing (as in the case of the Fiesta MkII). The faster air can flow under the wing, the more efficient the wing results, as more pressure difference (downforce) generates. Also, the new supports should reduce the vibrations of the rear wing seen in the i20 R5 in some stages last year. 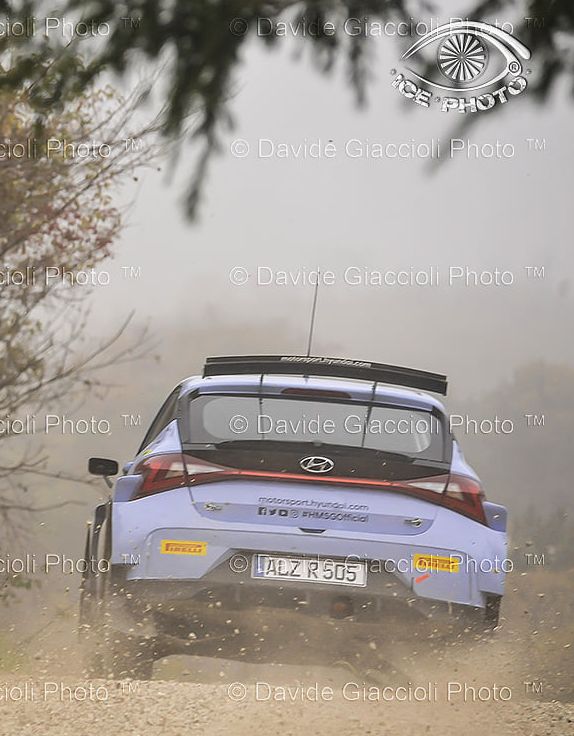 Another important novelty of the new rear wing is the higher Gurney flap, the vertical lip at the end of the wing. The presence of the Gurney flap forces the air to flow upwards, which translates into downforce, while the increase of drag (due to the increase in frontal area) is minimal. In the new i20 N Rally2, the height of the flap has been increased. The result is that higher downforce can be generated… but also higher drag (due to the area increase).

The other new element at the car rear is the rear diffuser. Although very limited in dimensions by regulation, Hyundai has found space enough to include three small vertical strakes (almost figurative) to better channel the airflow under the car, thus reducing the side movement of the air and making the diffuser more effective, in its role of quickly remove the air flowing under the car. The faster the air flows there, the lower the pressure, and the result is higher downforce under the car, which again translates into more grip. 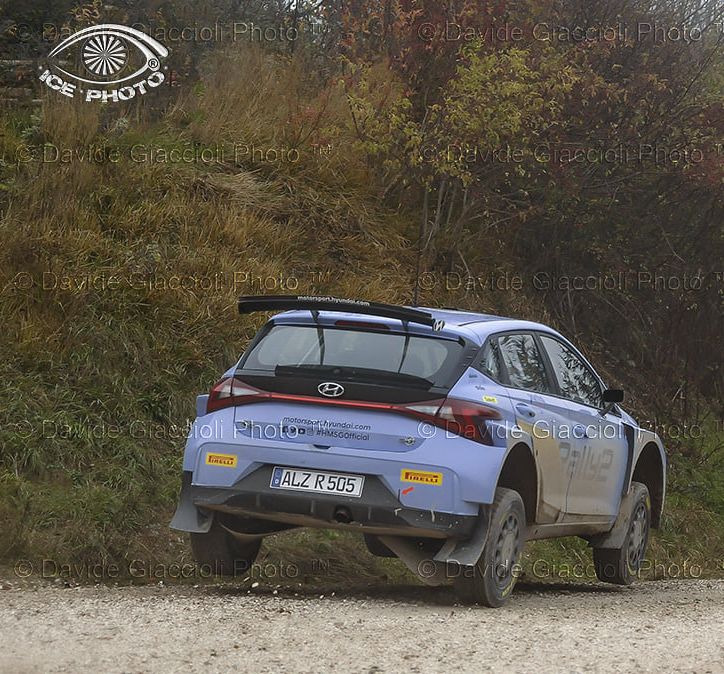 The images correspond only to the first series of development tests. For sure, many other tests will follow before the car debut in the competition, expected for mid-2021. But, at first sight, the aerodynamic package looks promising, and a good basis for a winning car.