The weird 2020 season reached its end yesterday with the last stages of the ACI Rally Monza. It’s time to congratulate all (drivers, teams, organizers, press and FIA) for keeping the Championship alive under so difficult conditions. And it’s also time to review the most relevant aero details seen on the event before a new series of pre-season tests starts in a few days.

M-Sport decided it was time to evaluate in competition the latest aero modifications at the front of the Ford Fiesta WRC, homologated on October 1st. For this purpose, they decided to install them only in the car of Teemu Suninen/Jarmo Lehtinen. The reason behind this decision could be to benchmark it with the original aero, still mounted in Lappi/Ferm car. Or because this duo will not continue with the team in 2021, as Lappi suggested at the end of the Rally Monza power stage. 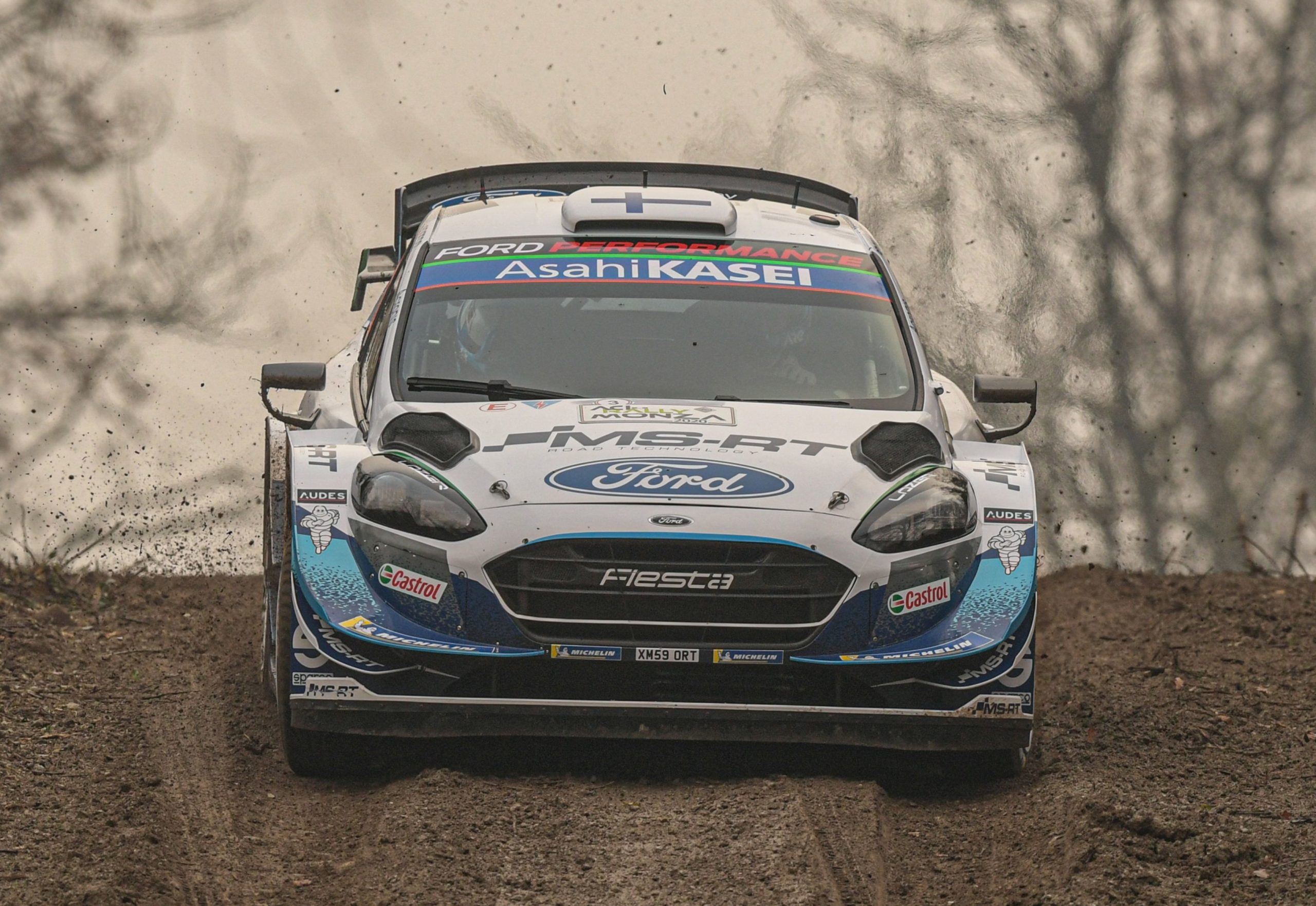 The modifications introduced, as we already reviewed in a previous article, consisted of the addition of small endplates at the outer side of the dive planes (see yellow arrows in the picture below), as well as the modification of the upper surface f the front fender, which is now wing-shaped (blue arrow). They have all been designed to increase downforce, especially (but not only) at the car front, in order to increase grip, thus reducing understeering. 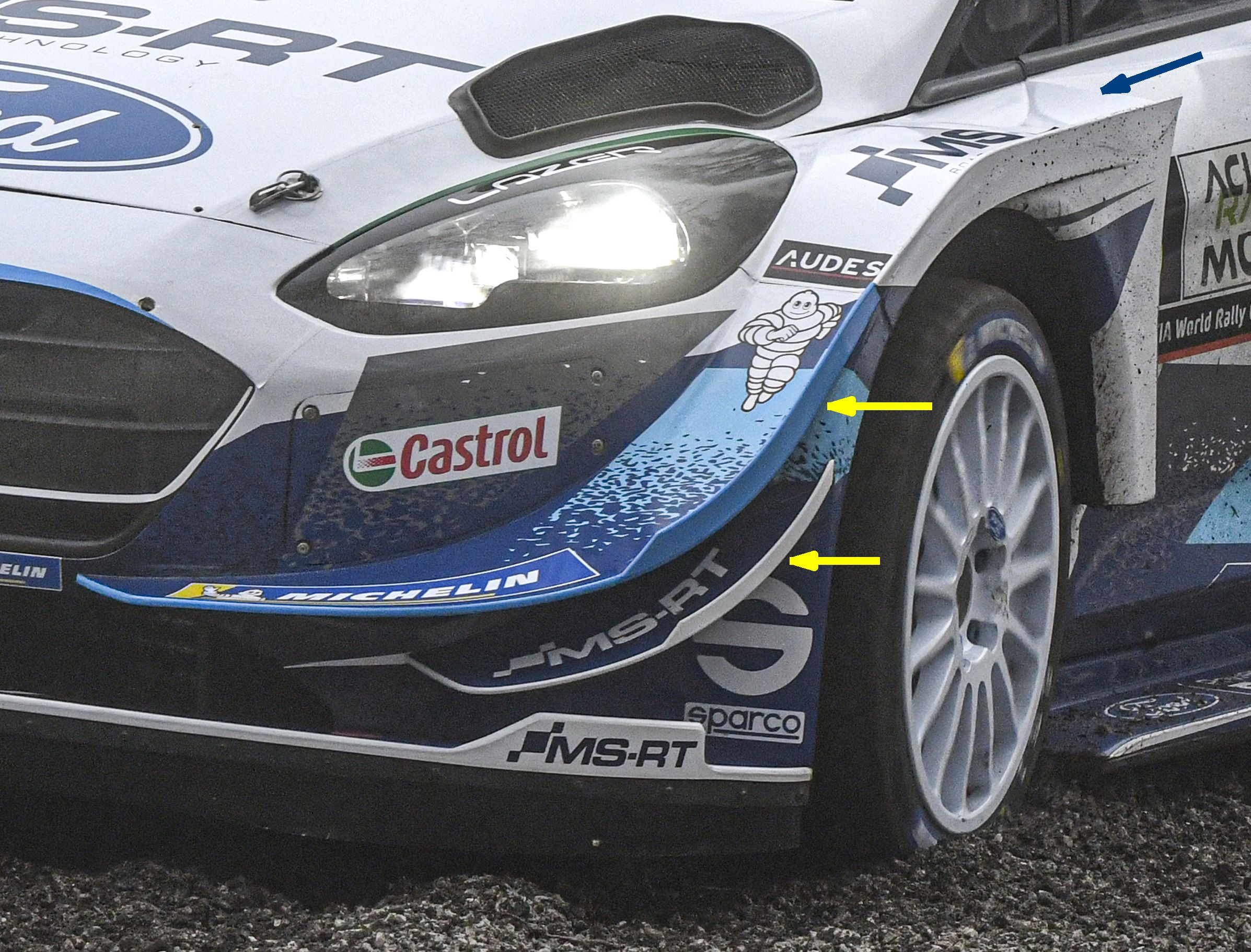 Unfortunately, the early retirement of Suninen/Lehtinen due to engine problems did not allow them to draw conclusions about these modifications, so we will have to wait until the 2021 season starter event.

As usual in gravel events, the Toyota Yaris WRC included rim covers to prevent mud accumulation that might damage or block the bolts. The novelty was, for the Monza event, the use of bigger, grey covers, which were seen since the pre-event test held the week before.  Also during the rally, the new covers were used in most of the stages. 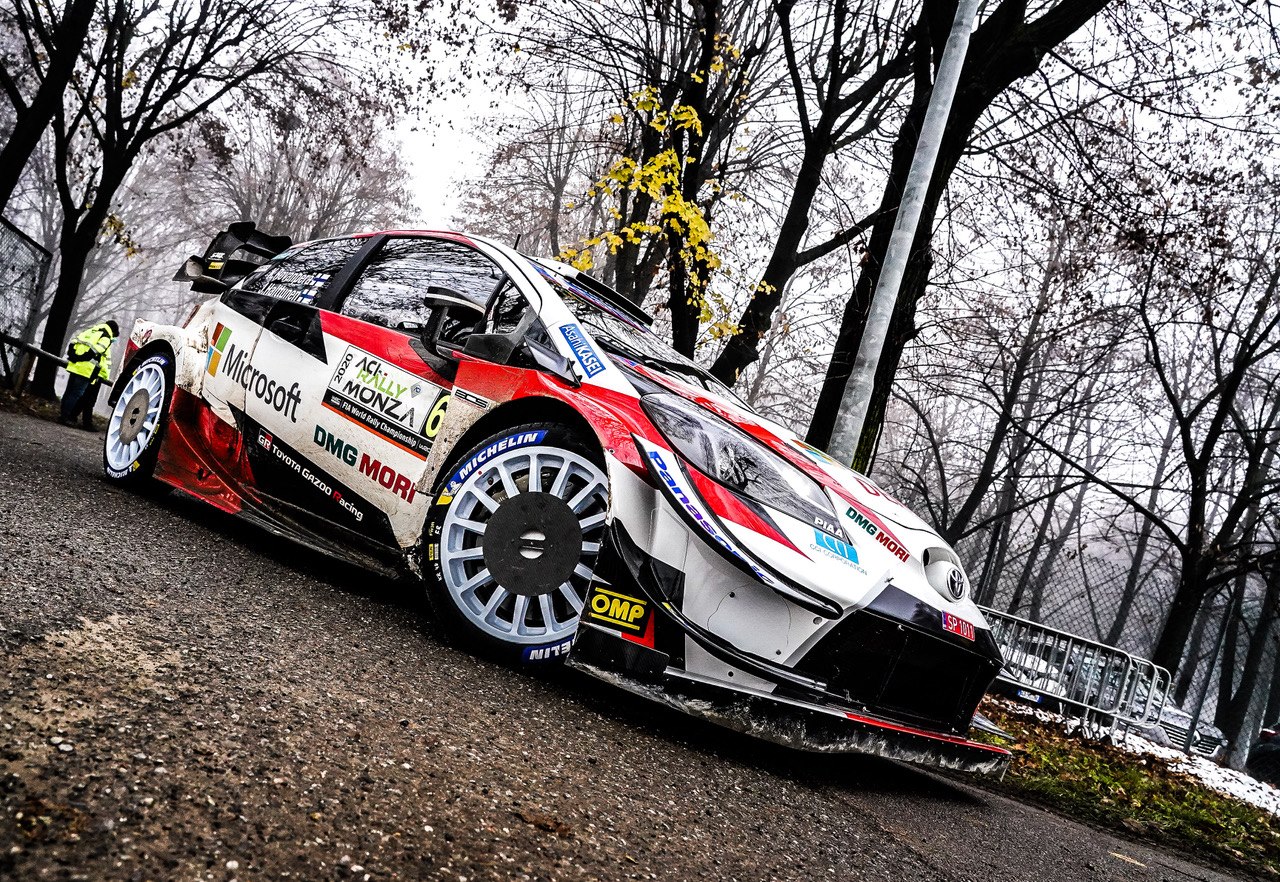 But they were not used in all stages by all drivers, as in some stages the usual (smaller and white) covers were used (see picture below). 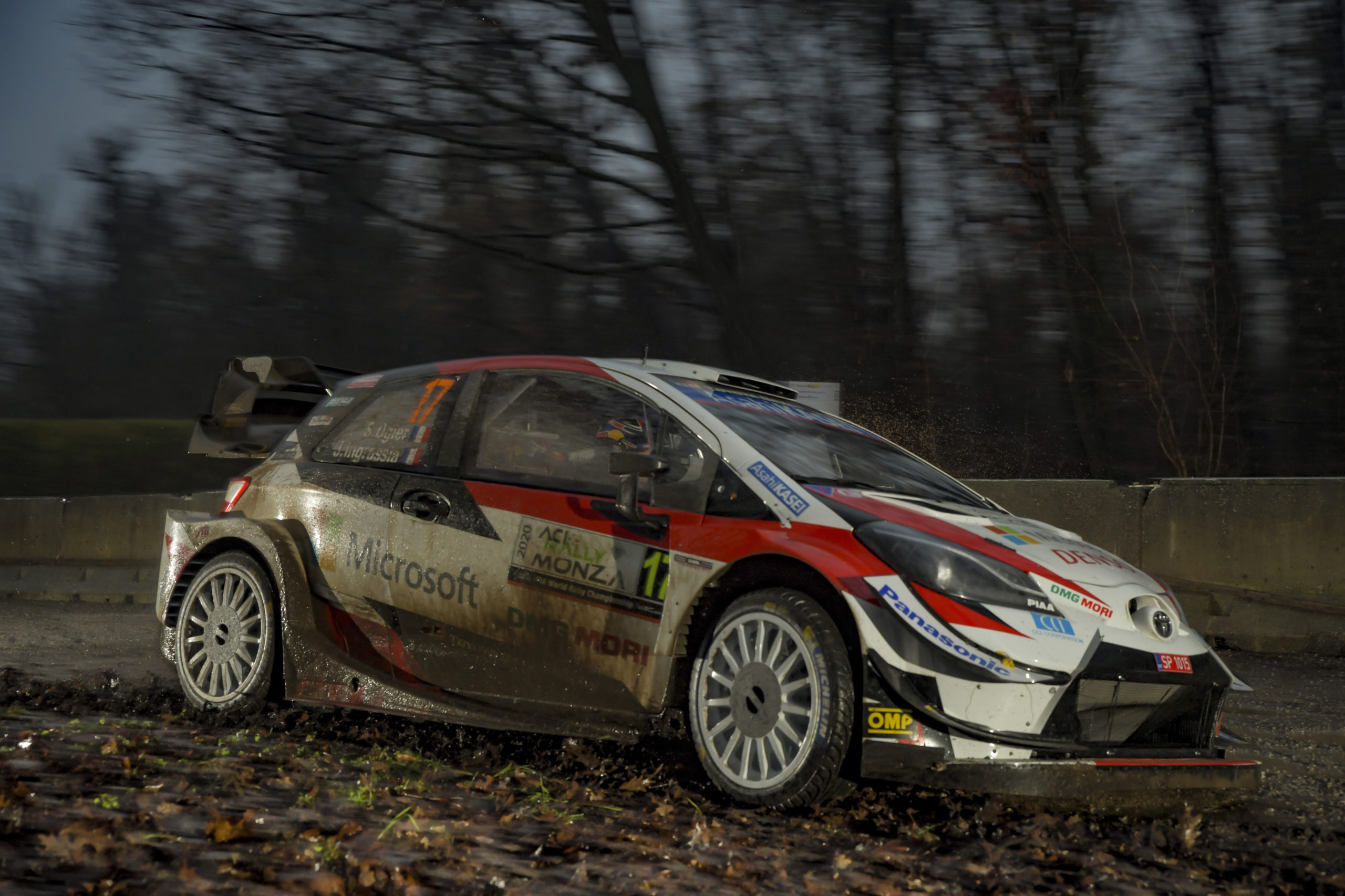 The main use of rim covers is to protect the wheel bolts from mud/dust accumulation and stone impacts. They have also an additional aero effect: they allow a smoother airflow over the wheel, thus reducing the drag. But the benefits are very small, and teams only use them on gravel events, but usually not on tarmac. 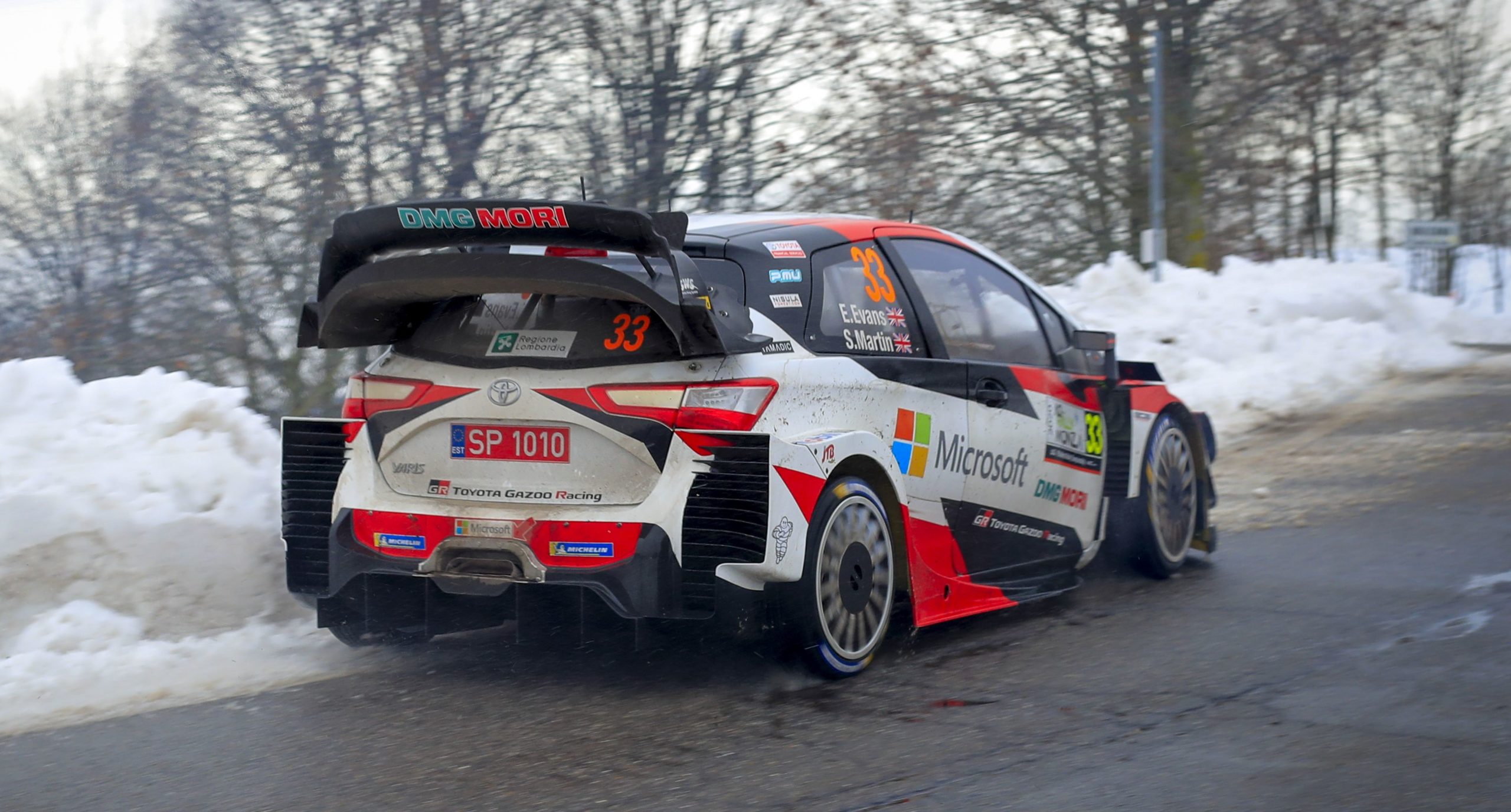 Even though the Monza event was held in muddy and even snowy conditions, the four Yaris WRC used the usual rear fender vents, instead of the modified designs the team had used under these conditions such as in Sweden, Estonia or Turkey. 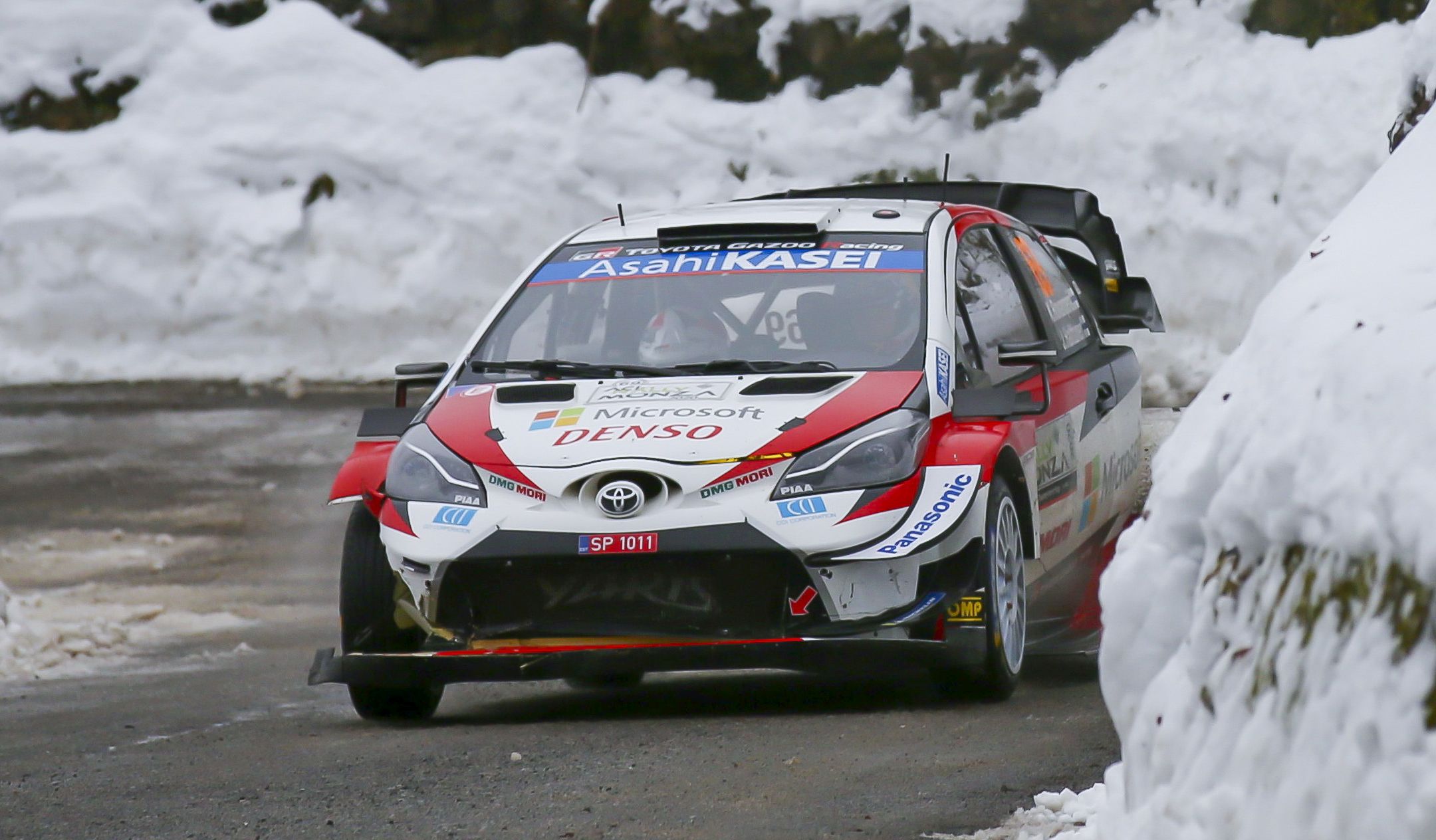 In spite of the difficult conditions, the reliability of the aero parts was good enough in Monza. The worst part was for the duo Rovanperä/Holtunnen, who had a short off at the SS7 Selvino 1. The result was the loss of the front right dive planes and part of the front fender, that left the tire exposed to the main flow. The impact on the car performance was huge: due to the loss of the dive planes, less downforce was generated at the front and, most importantly, on all the right side of the car.

The explanation is that the dive planes (also known as canards) generate a row of small vortices that flow along the side of the car, protecting the undercar from the entrance of external air. The smaller the amount of air flowing under the car means the lower the pressure. Thus, the dive planes contribute to keeping the low pressure under the car… when they are present. Their loss resulted in a different pressure on both sides of the car, and the final consequence was an unbalanced car (as the driver confirmed at the end of the stage interview). Also, the impact of the main airflow over the rotating wheel had an adverse effect due to the increase in air resistance (drag), which surely contributed to slow down the car (as the timesheets confirmed). 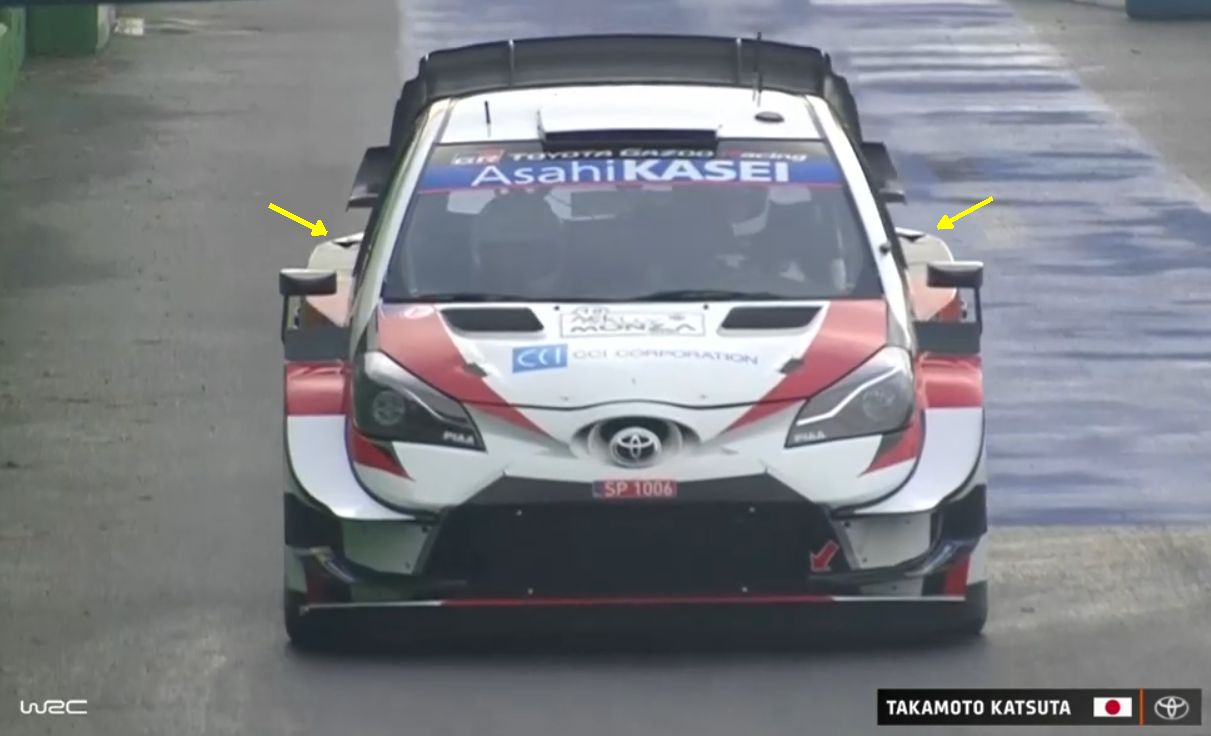 Good news for Takamoto Katsuta and Daniel Barritt for the ACI Rally Monza, where they could drive the latest evolution of the Toyota Yaris WRC, with the latest design of the rear brake cooling air intakes. And they proved to deserved it, by setting their first fastest time in a WRC stage in the power stage, as well as some very interesting results in other stages, in spite of the conditions and the tight competition between the titles’ contenders.

The ACI Rally Monza was the first WRC event where the Hyundai i20 Coupé WRC mounted the new front grill protection that we had already seen in the Rallye Ypres pre-event tests and in the Kehala Rally. The protection used in Monza during the first leg (Thursday/Friday) partially protected the front grill, leaving the upper space free. Also, due to the low temperatures, a blocking plate was included on the right side of the front grill, in order not to reduce the engine cooling fluid below the appropriate working range, which might have damaged the engine. 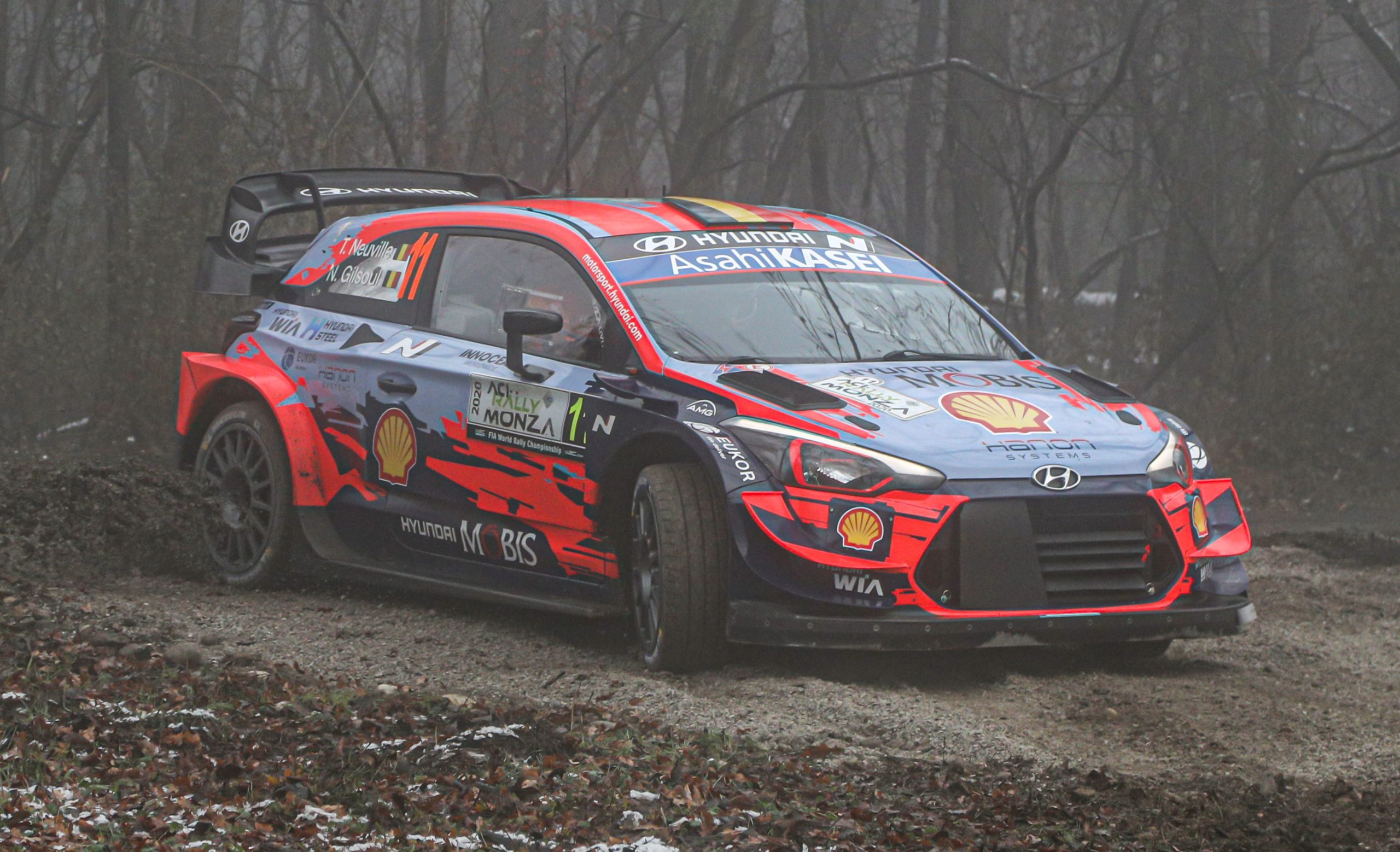 For the Saturday stages, the front grill protection was removed. 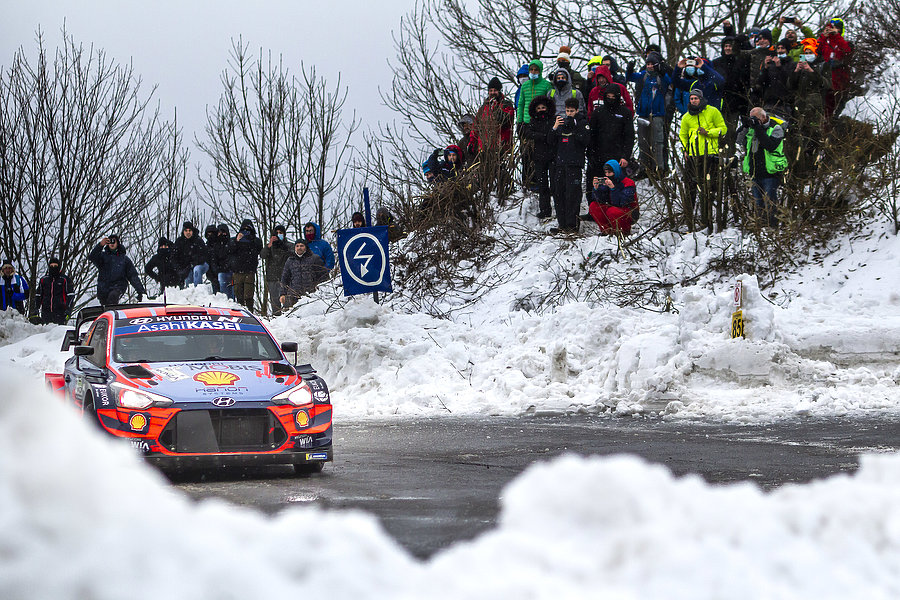 Also, on Sunday stages the grill protection was discarded, while the blocking plate was still used… except on SS15 Serraglio 1 (picture below), where Tänak/Järveoja possibly lost it. 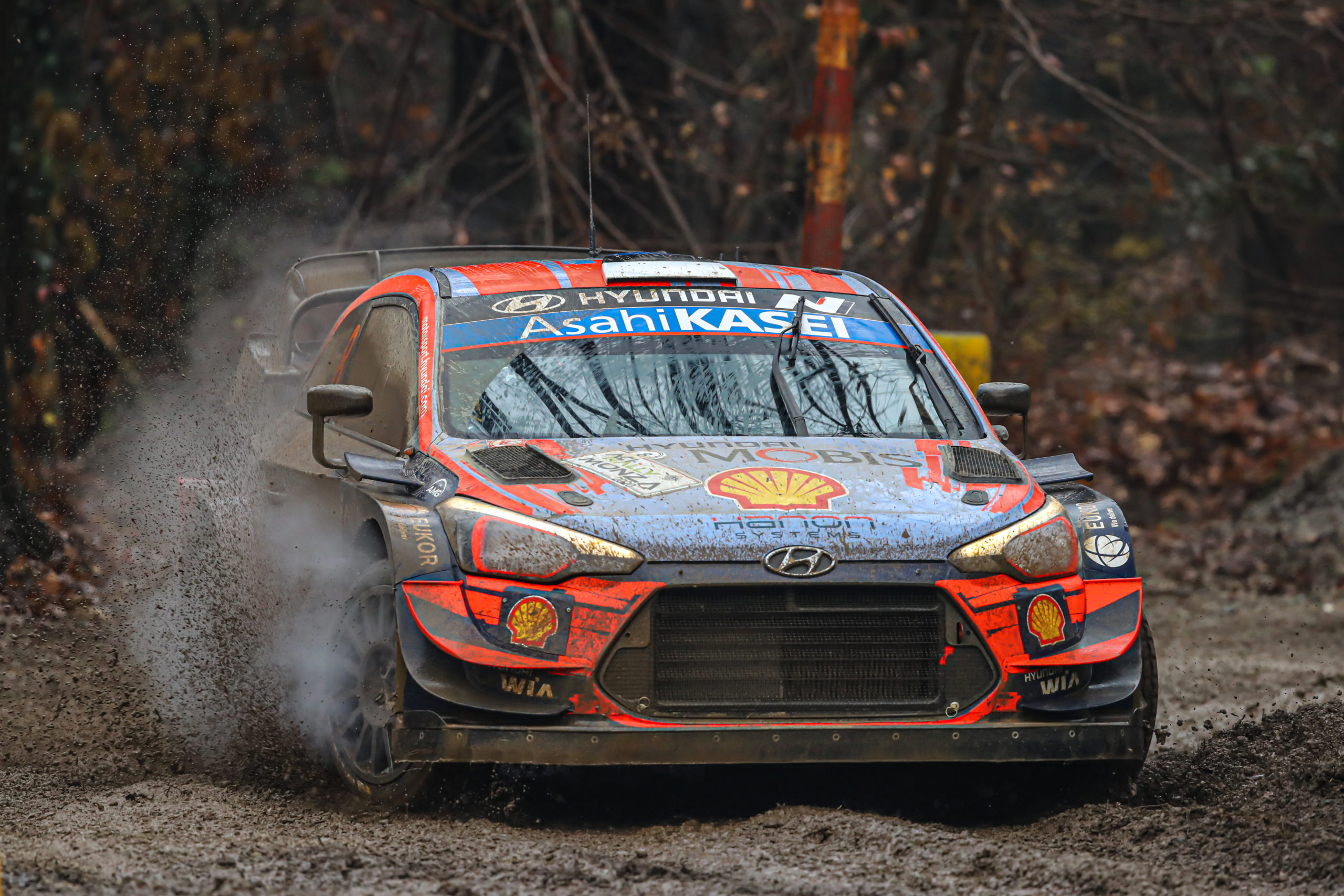 These were some of the aero issues in the last event of the season. But there is no time to relax, as the pre-season test will surely start soon, and, as always, with plenty of aero novelties that we will continue to review.

And not only for the new Rally1 category but also for Rally2 and the rest.  In the meantime, this is our recognition to the 2020 R5 winners. 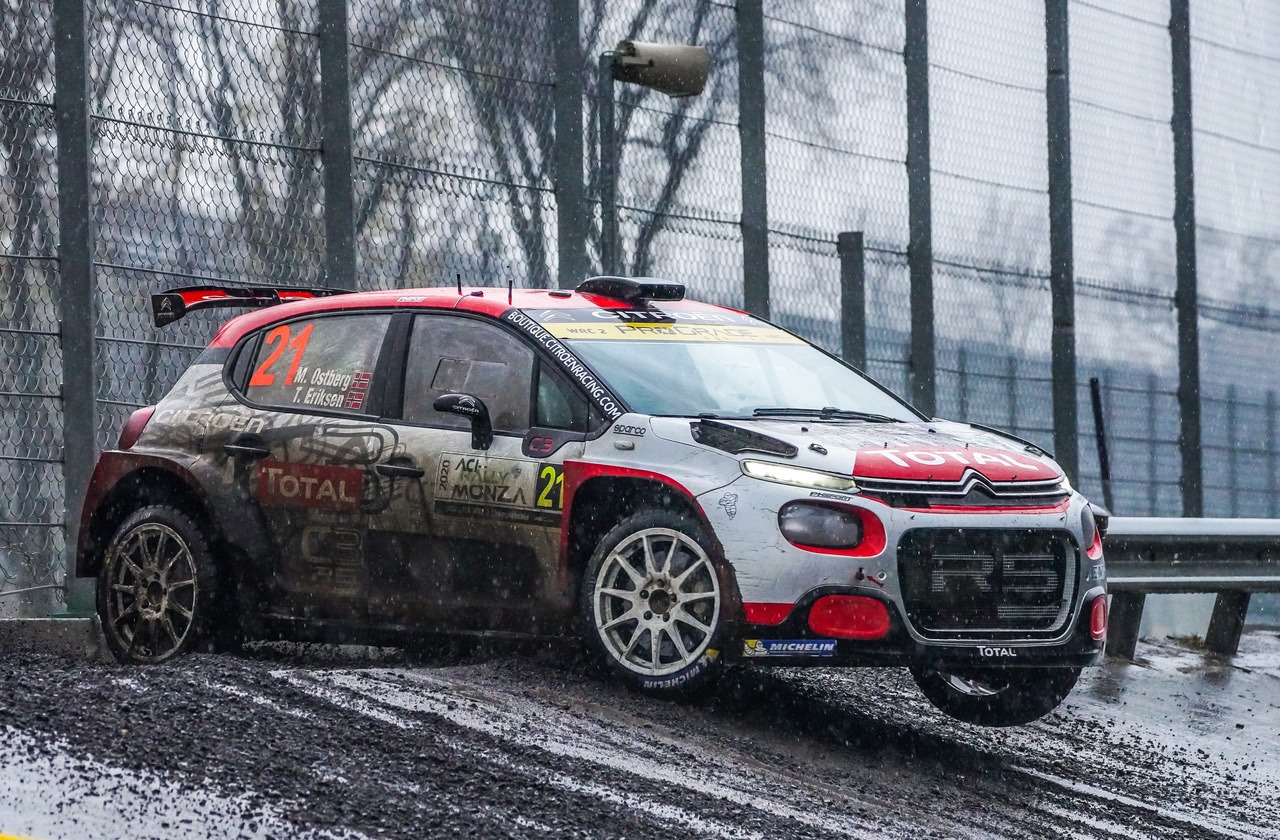 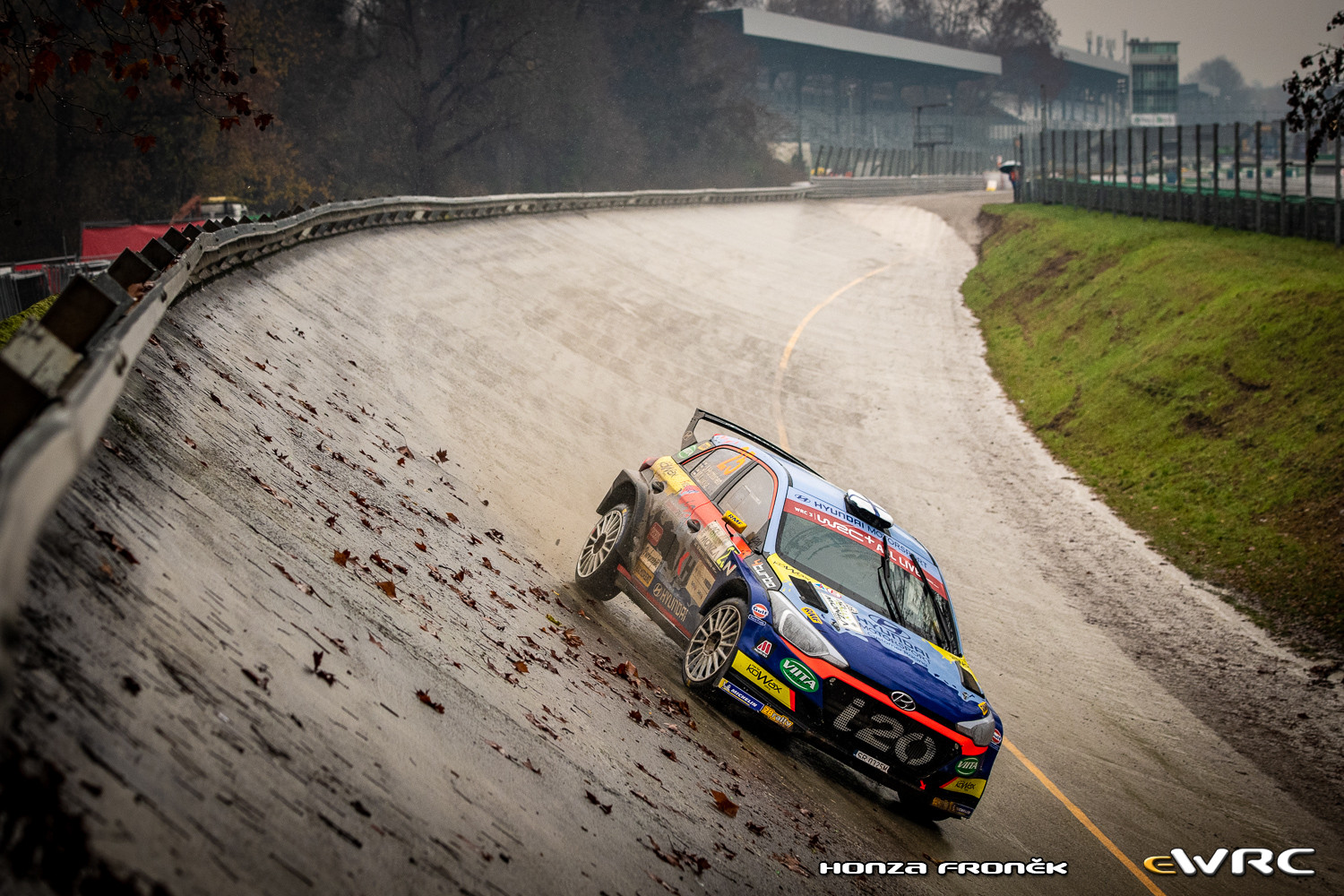 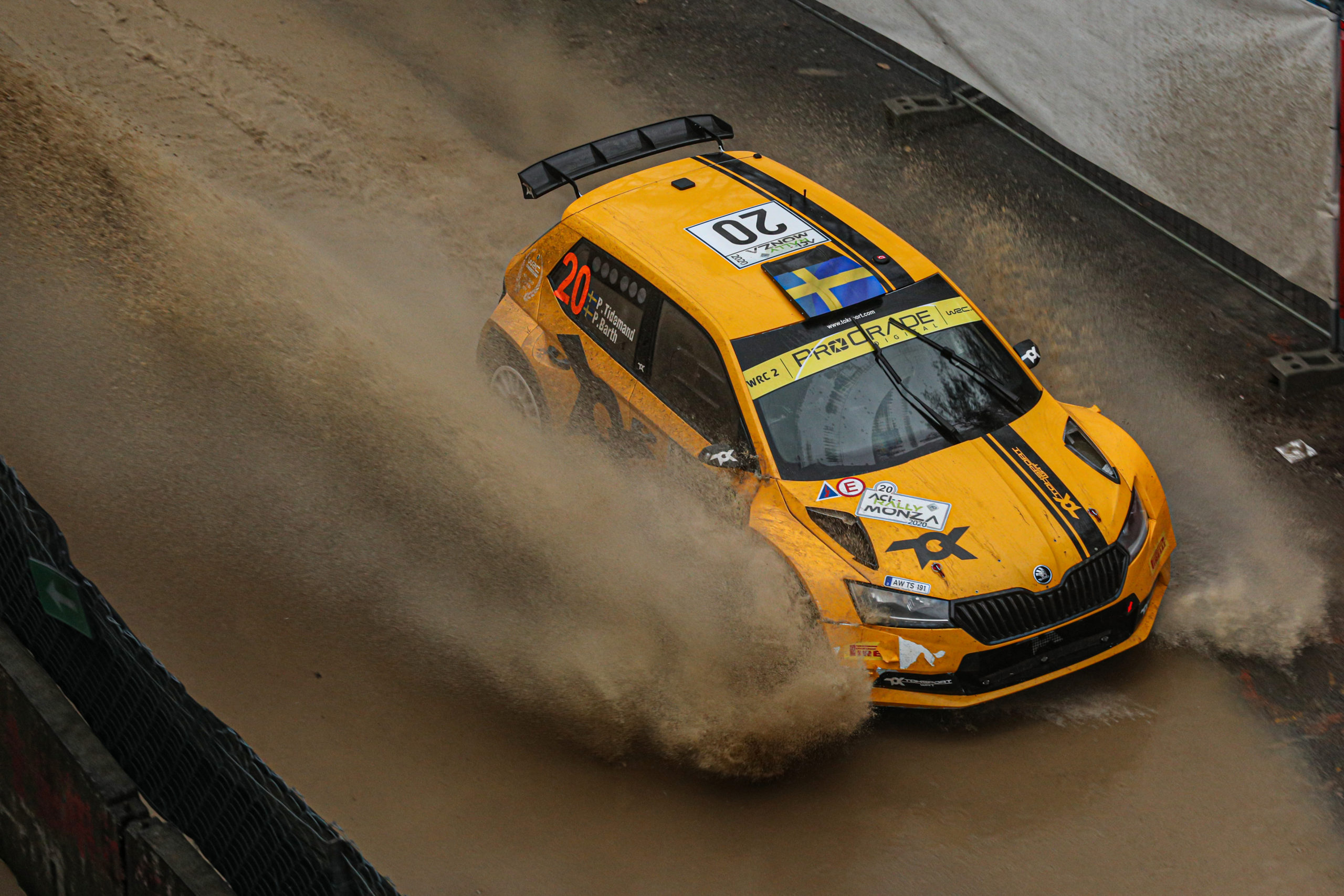 7 thoughts on “Aero chronicle of the ACI Rally Monza 2020”