The 2021 edition of the Rallye Monte-Carlo has been celebrated under a variety of weather conditions. From sun to heavy rain, and from wind to snow and ice, the teams had to face multiple weather conditions and, what’s more important, different temperatures. The time schedule forced by the current situation also contributed to such a wide temperature range, with some stages starting as early as 6.10 in the morning (when the temperature reaches the minimum value of the day, several negative degrees), and others early in the afternoon (when temperatures climb to the maximum day values, close to 10ºC).

The main implication of such a wide range of ambient temperature on a WRC car is on engine cooling, as well as brakes and transmission. All these elements need to work at an optimal temperature range. If the ambient temperature is too low, the cooling system can be too effective, leading to temperatures under the optimal values, and the engine and turbo will not perform at 100%. For this reason in winter events such as Rallye Monte-Carlo, teams install blocking plates on the front grill of the cars, to reduce the amount of air entering the engine bay, to the radiator and intercooler.

The problem this year has been the different temperatures during the event that have forced the teams to modify their strategy depending on the stage temperature. The team with more alternatives for this problem has been Hyundai Motorsport, as up to three different size blocking plates have been used, as shown in the images below. Note also that all three official cars used the new front aero kit seen in Kehala Ralli for the first time, which we already evaluated here. 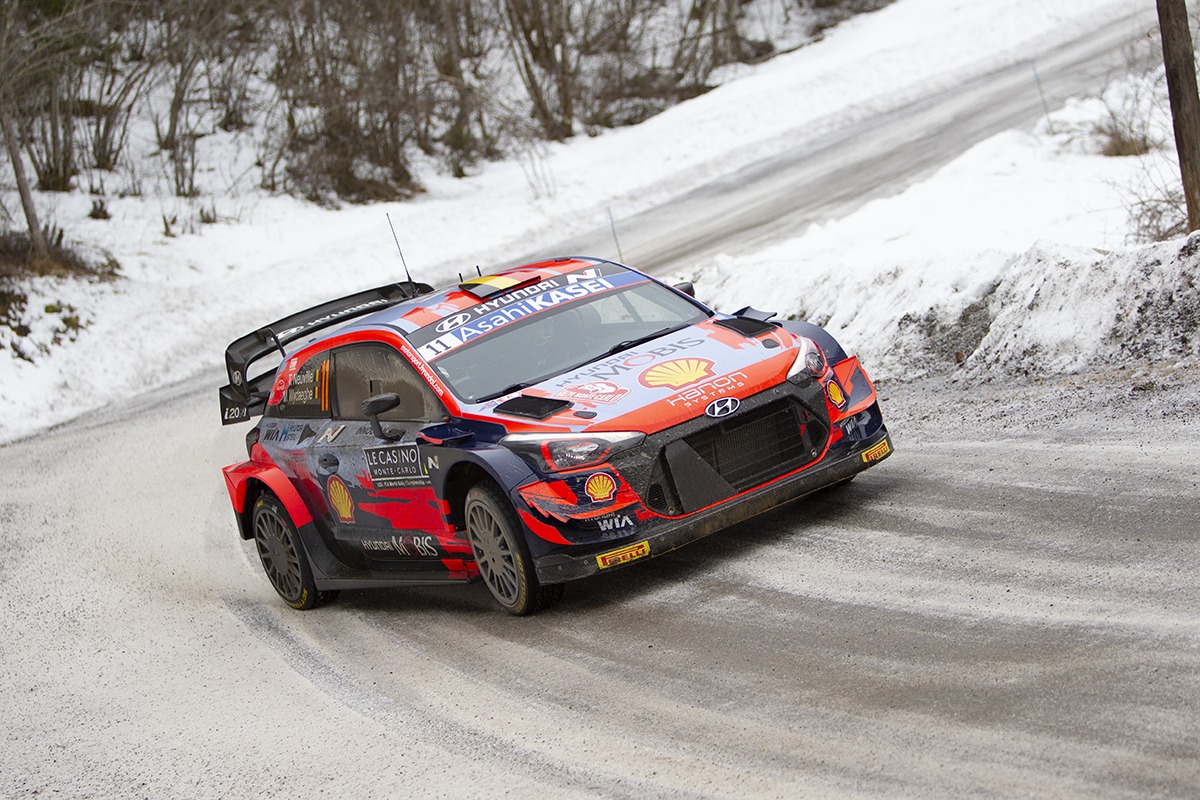 The image above shows the small blocking plate (covering approximately 25% of the front air inlet, which was used on those stages with higher temperatures (Friday and Saturday afternoon and Sunday morning). This plate was also used last year in events such as Estonia.

The image below shows an intermediate plate, covering approximately 40% of the total area of the air inlet, which was used on Thursday morning, Friday morning and Saturday stages. This plate was also massively used in the recent ACI Rally Monza 2020. 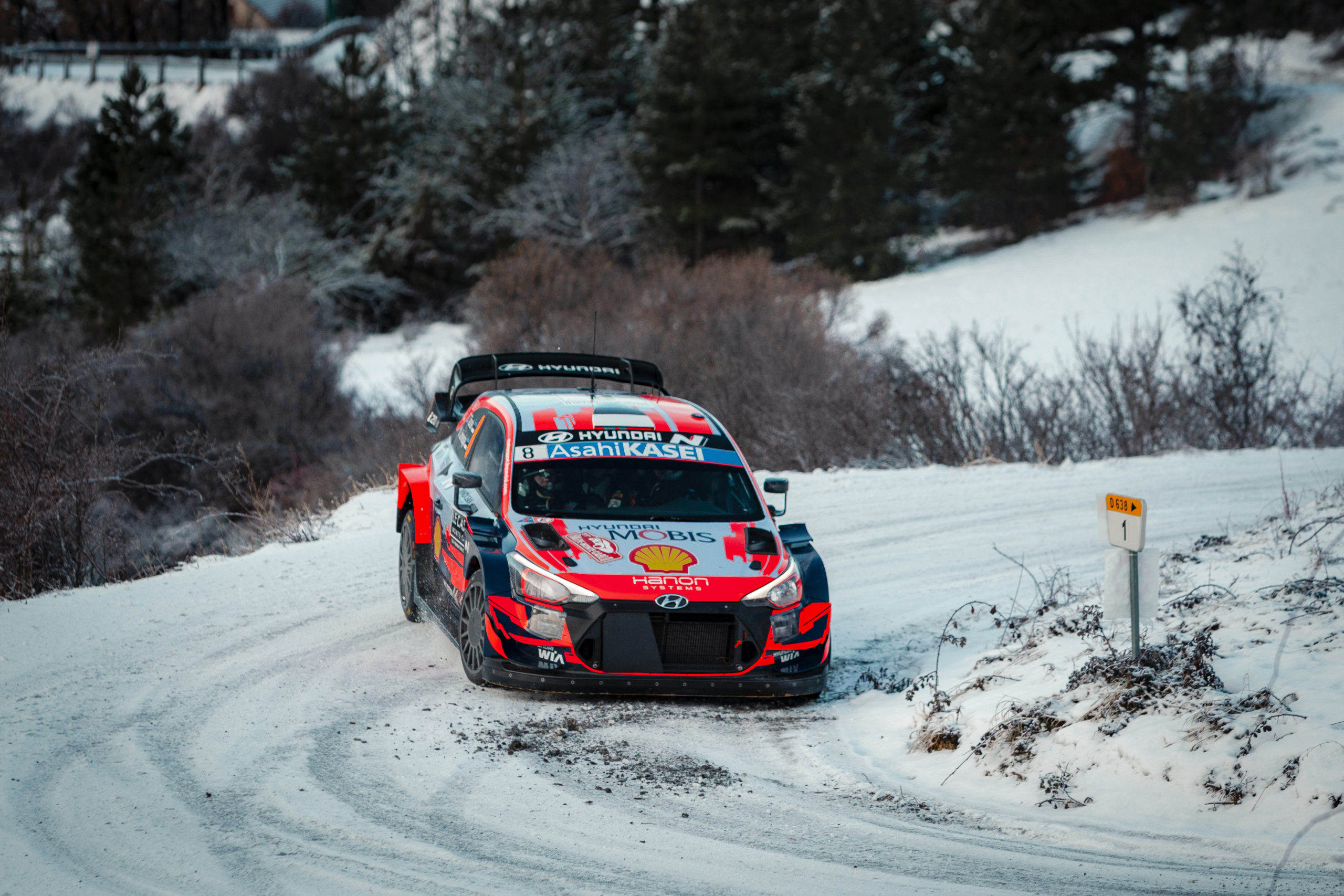 An even bigger plate was also used by the team in the January pre-event tests, covering 50% of the front air inlet area, as shown in the image below. Note that the restriction does not apply to the side orifices designed to feed brakes with fresh air, which remain unchanged. 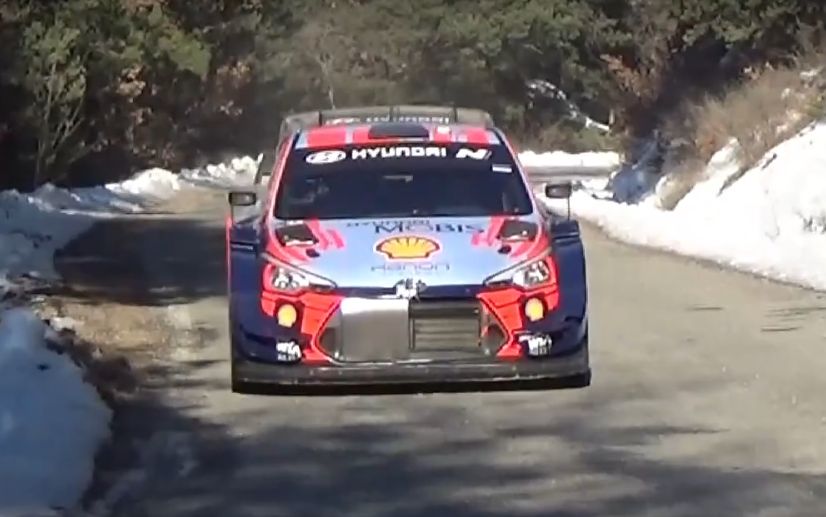 Still another alternative was seen during the event in the Hyundai i20 Coupé WRC of Loubet/Landais aligned by 2C Competition. It included a rectangular plate on the lower right side of the front air inlet, as shown in the picture below. The car the French duo drove in Monte-Carlo included the penultimate evolution of all the aero parts. 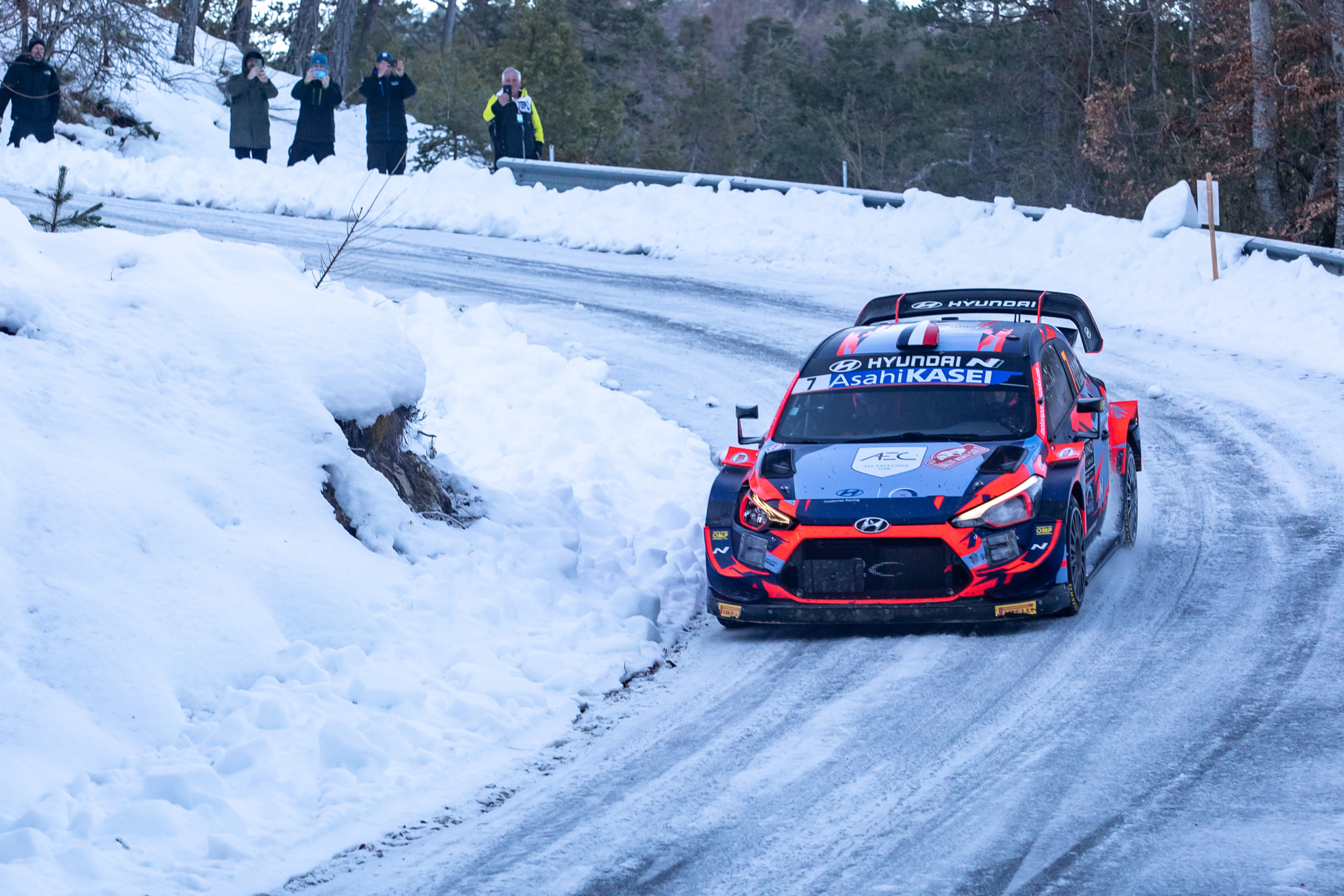 The use of such plates has to be combined with the settings of the engine cooling circuit, which are surely set at different temperatures for each event. This would explain, for instance, why last year in Sweden Hyundai did not use any of these plates.

Also, the images above show the absence of any anti-leave solution in the Hyundai cars, even though they had been testing several alternatives during 2020.

Toyota Gazoo Racing also used different strategies depending on the ambient temperature. While on the stages developed at higher temperatures no blocking plate was used, on the low-temperature stages a small horizontal plate was added, with an approximate area of 20-25% of the total air inlet area, as already used in previous events (see picture below). The plate reduced the amount of air entering into the engine bay, as well as the entrance of snow. 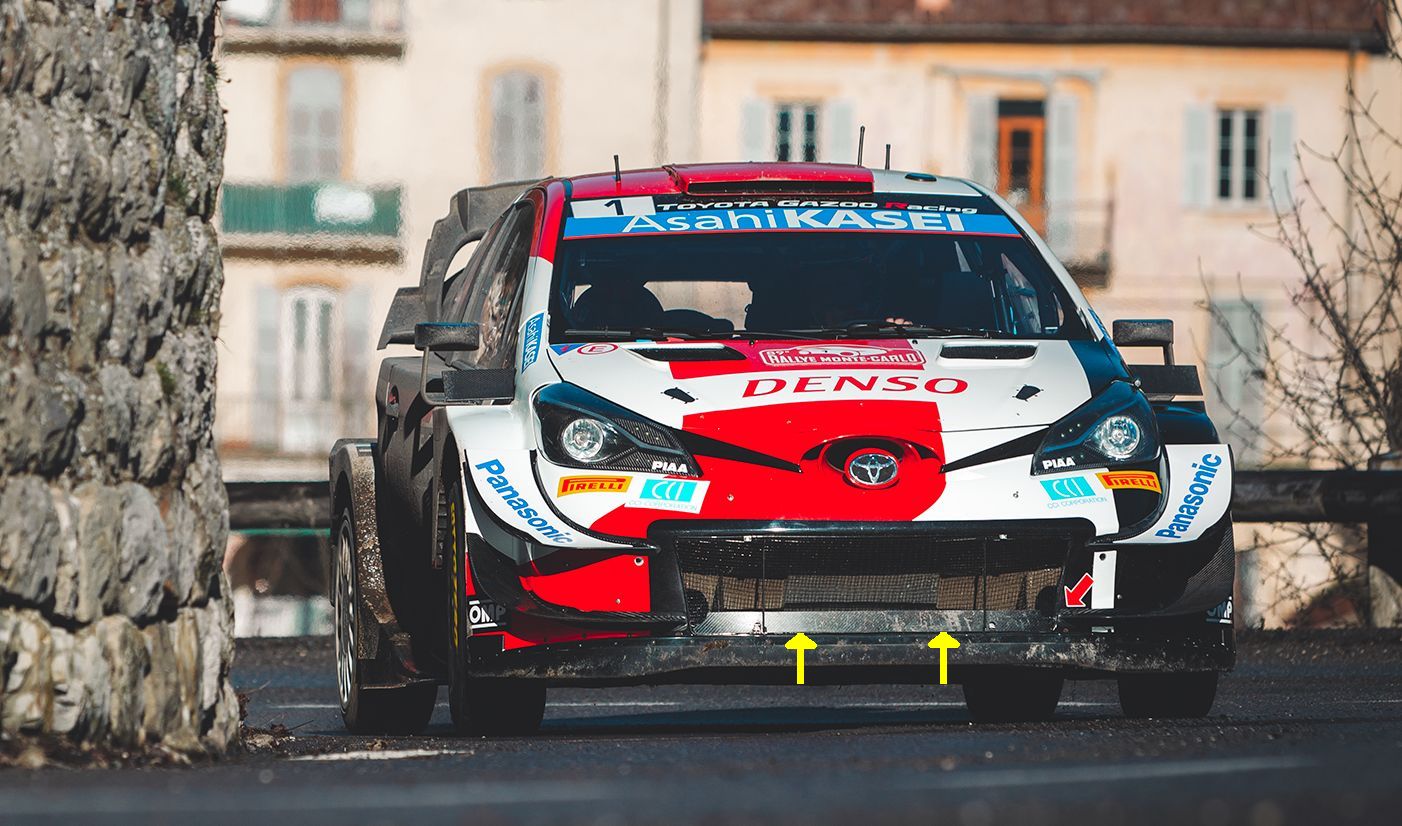 Toyota also used a different blocking system to prevent snow from entering into the radiators space, as shown in the images below. 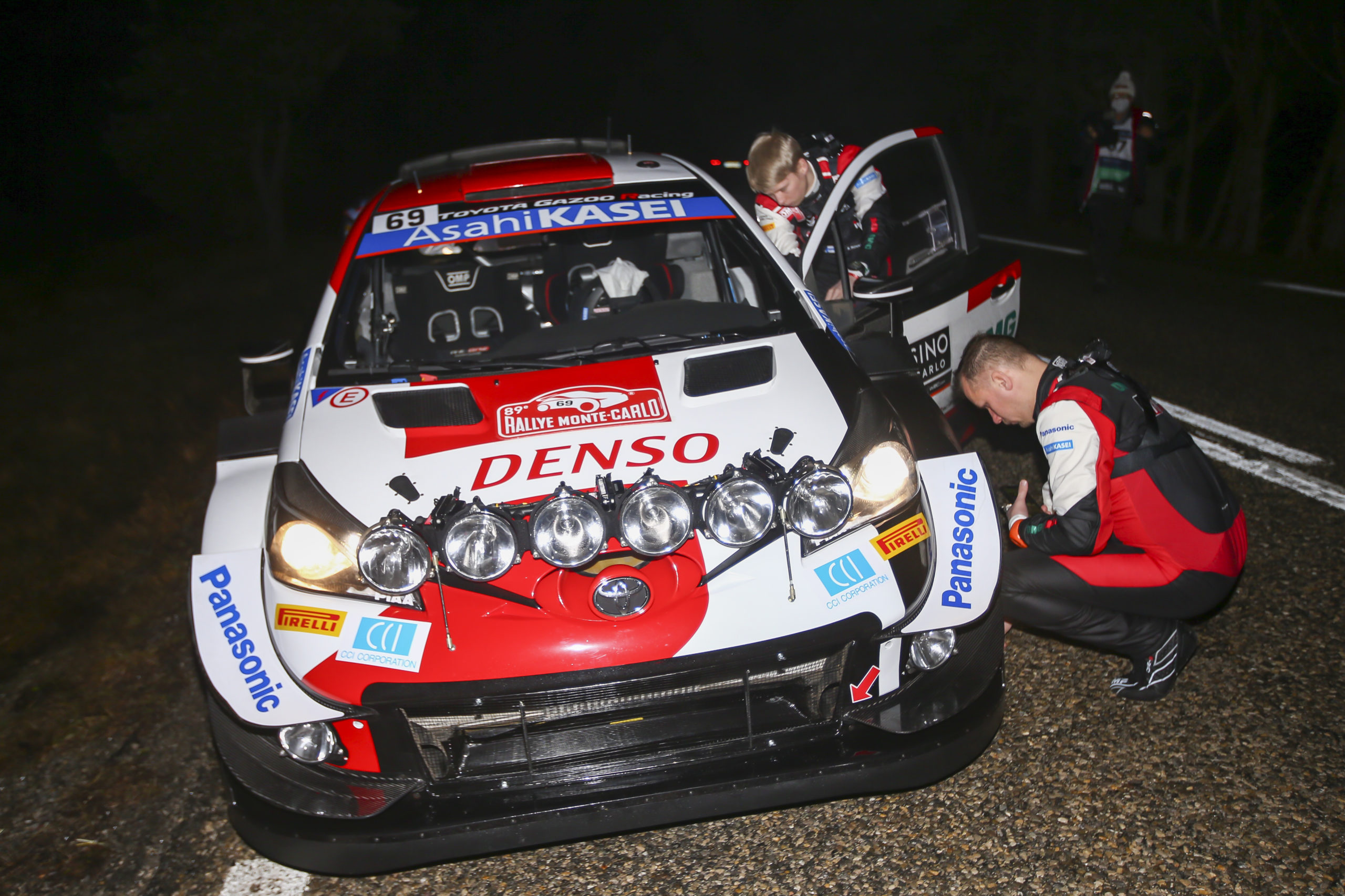 No aero modifications were observed in any of the Toyota Yaris WRC. The latest aero evolution seen in December Pirelli tests was not used, probably because it has not been homologated yet.

M-Sport introduced for the Rallye Monte-Carlo a new protection device for the front grill, to prevent leaves from boxing the air entrance that caused engine overheating on the first day of last year’s event. 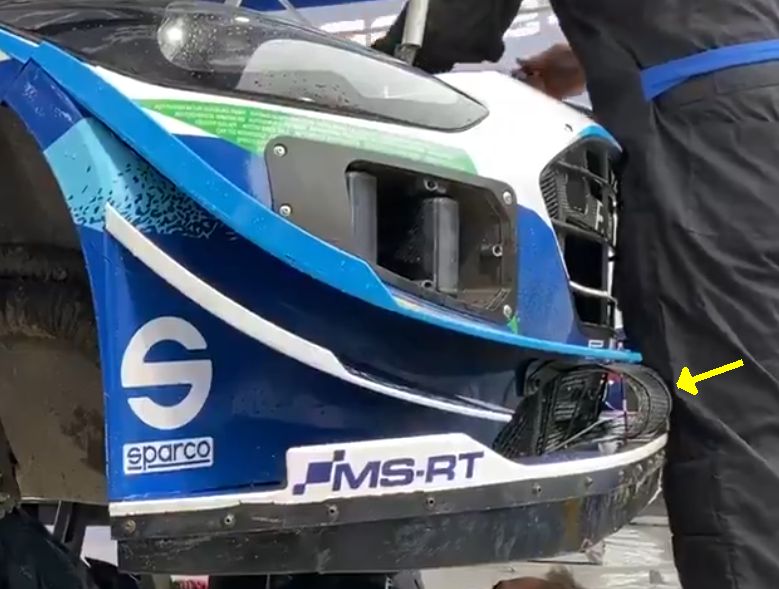 In order to keep the proper temperature on those stages developed at low ambient temperatures, M-Sport added small blocking plates covering both sides of the new grill protection, as shown in the image below. 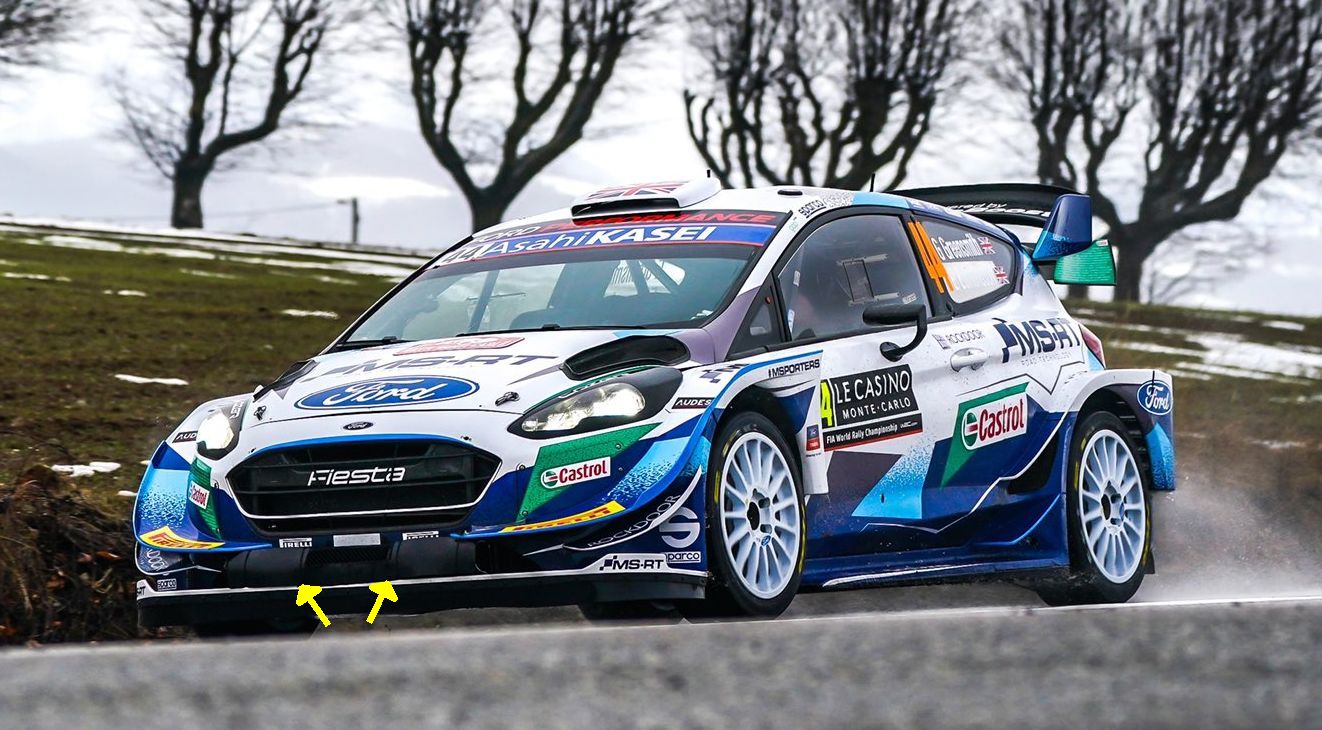 Both cars aligned by M-Sport included the new front aero modifications that were already seen in the car of Suninen/Lehtinen in the ACI Rally Monza 2020. 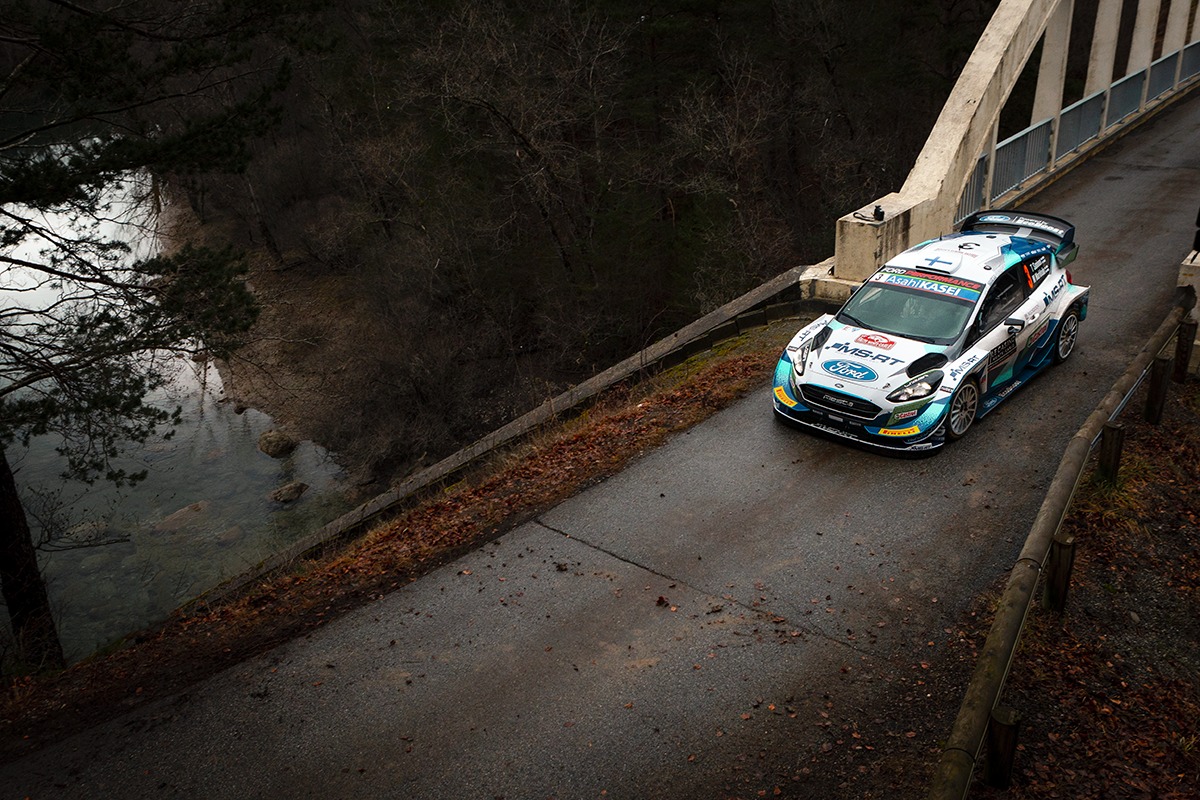 The presence of snow usually means modification in the rear fender vent configuration. In the 2021 edition of the Rallye Monte-Carlo, only Toyota introduced a plate blocking the lower half of the rear fenders for the last stage of Saturday and the Sunday stages, in the cars of Ogier/Ingrassia and Evans/Martin, while Rovanperä/Halttunen used the original configuration. 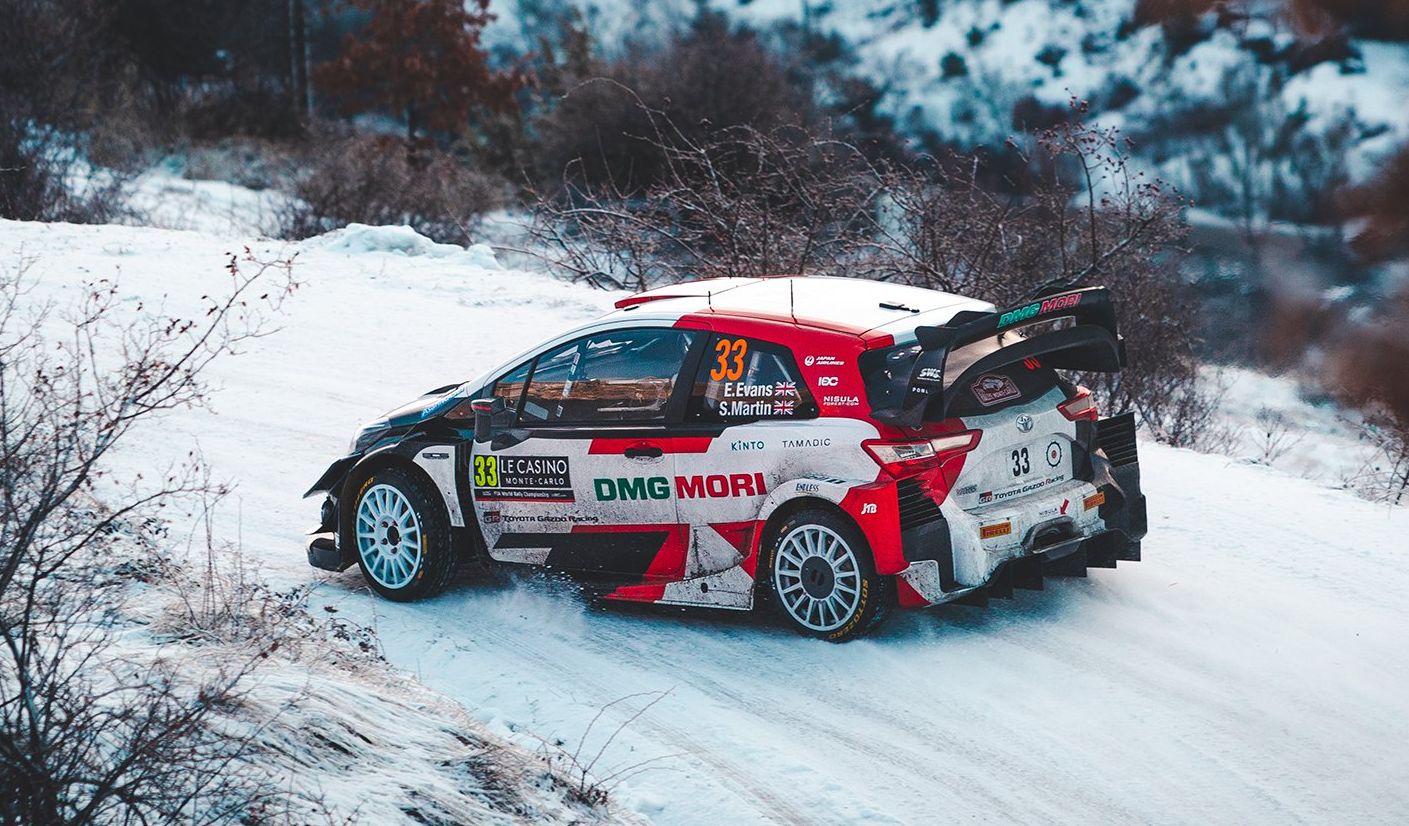