The season 2021 is launched after the Rallye Monte-Carlo, and not many things have changed since the last year. The battle between Toyota and Hyundai squads captured most of the WRC community’s attention, while an important part of M-Sport’s hopes of getting a good result flew away too soon.

In a transition season like this, when all teams have finished with the development of the 2021 cars, and are concentrated on the design of 2022 cars, it might appear that the British squad (the most impacted by the Covid19 situation) would be far from the ideal position to face such a challenge… but this is not knowing anything about M-Sport. 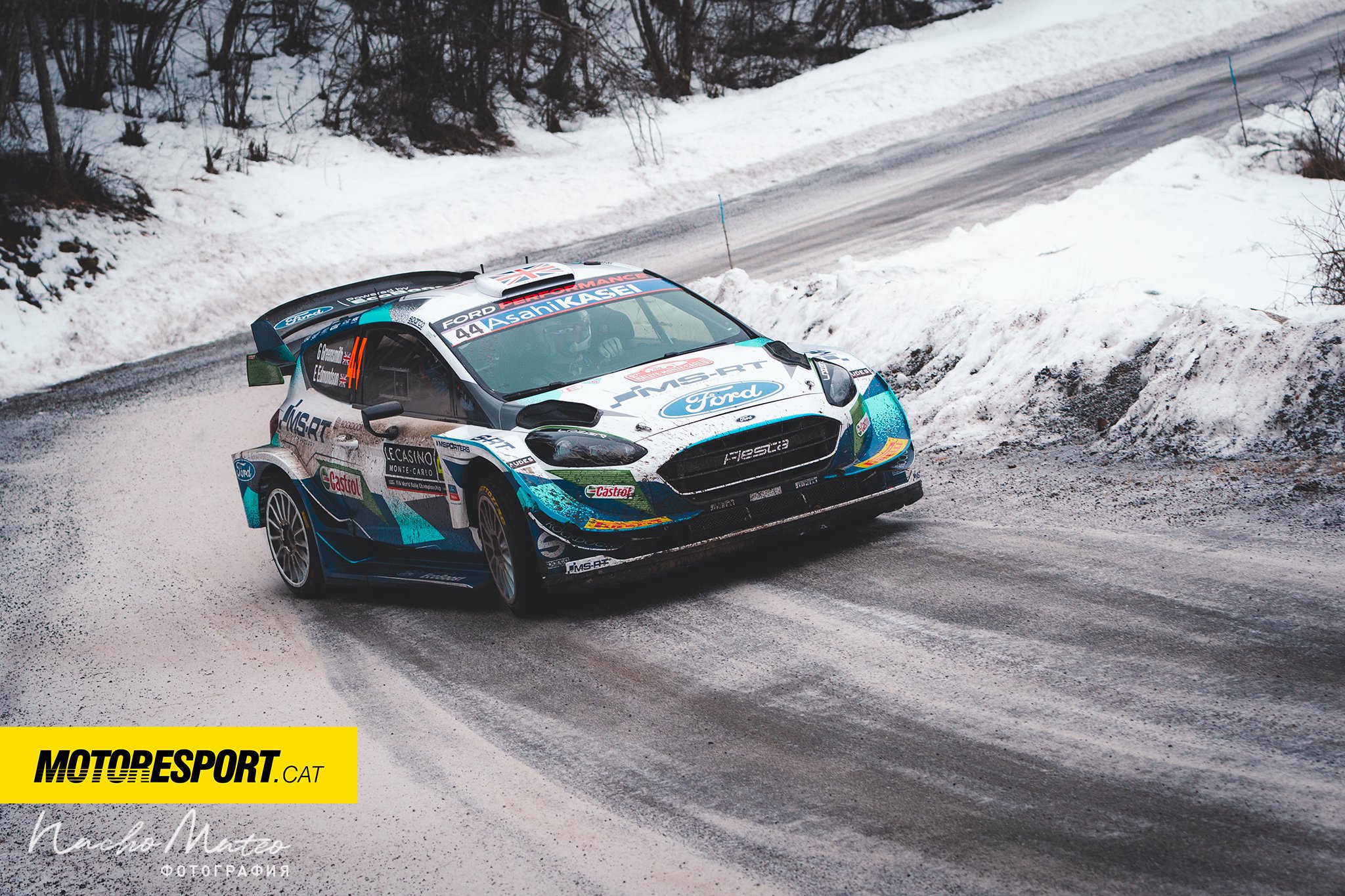 Because they have already lived that. Remember 2016. VW was testing the Polo WRC 2017 since November 2015. Then Toyota and Citroën tests started in April 2016, and Hyundai’s in June. Precisely, it was in June when M-Sport knew the main features of the new Fiesta model. Just seven months before the 2017 first event. It started then a crazy race to have the car ready. And with one additional detail, not to forget: being the only team without the support of a big manufacturer behind.

Such a tight schedule forced the team to take a drastic decision: the design would be exclusively based on numerical simulations (CFD), with no wind tunnel testing. And this is the challenge that Chris Williams, Massimo Carriero and their team of engineers had to face, with the punctual monitoring of the experimented Christian Loriaux, and the support of TotalSim, a specialist CFD company based in Brackley. 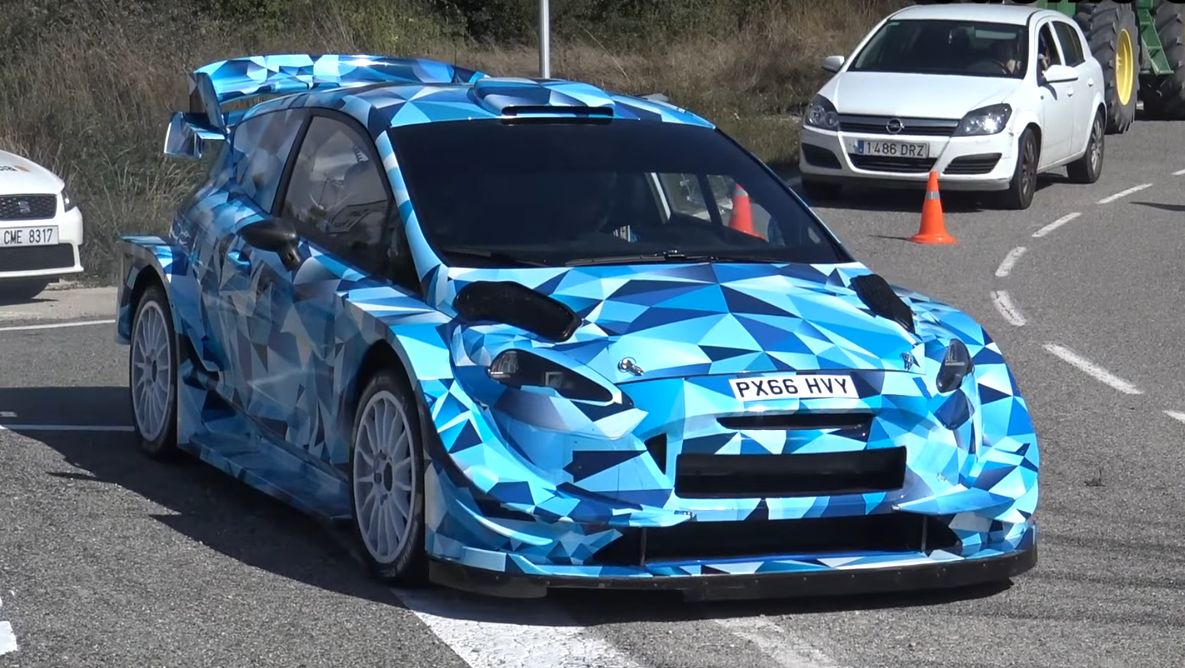 Only three months after, the first test of the new car was taking place at Greystoke, the M-Sport home test area. And some days later, it was first evaluated on tarmac, at the Rally Catalunya stage near Savallà del Comtat. The new car didn’t disappoint. What they showed was a very compact and robust aero design, that time has confirmed as an excellent design. Certainly, it was not revolutionary. But it worked in 2017 and still works, as Suninen/Lehtinen showed in the first kilometers of the recent Rallye Monte-Carlo. Some of the solutions they proposed have been implemented in the other WRC cars, which is the best confirmation of its success. Let’s review them.

The original design of the Fiesta WRC 2017 included two dive planes at the car front. Also, Hyundai and Citroën included two in their 2017 cars, but Hyundai removed one of them some months later, to recover it in Finland’19. Toyota incorporated the second plane in the Monte-Carlo 2018.

The design of the Fiesta dive planes proved to be very robust, as it is the car that has suffered fewer reliability issues on these parts. 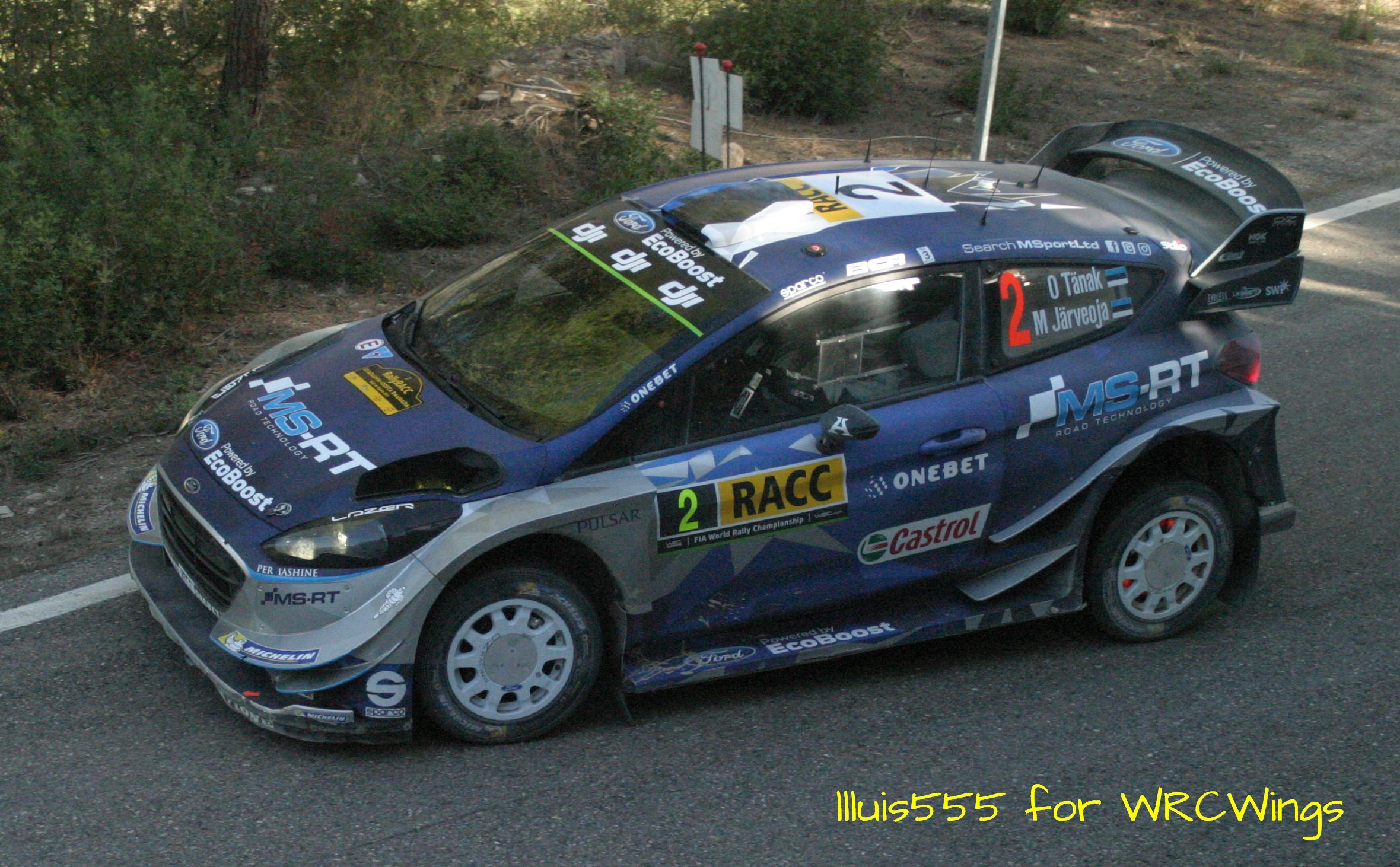 The upper dive plane was fully aligned and integrated with the front fender: in all the other cars (except the Hyundai in 2017), the upper fender was separated (and still it is) from the front fender. The benefits of the Fiesta design is that the air can flow smoothly towards the front fender, thus generating downforce more effectively.

The original design of the Fiesta WRC also included a vertical strake on each side of the front splitter to better channel air towards dive planes, a feature that only Toyota included also in 2017. Hyundai did not include them until Finland’19, while Citroën never implemented them.

The Ford Fiesta WRC is also the only WRC car to include small dive planes ahead of the rear wheels, a solution that also Citroën considered to include during the design phase, but they finally discarded it. 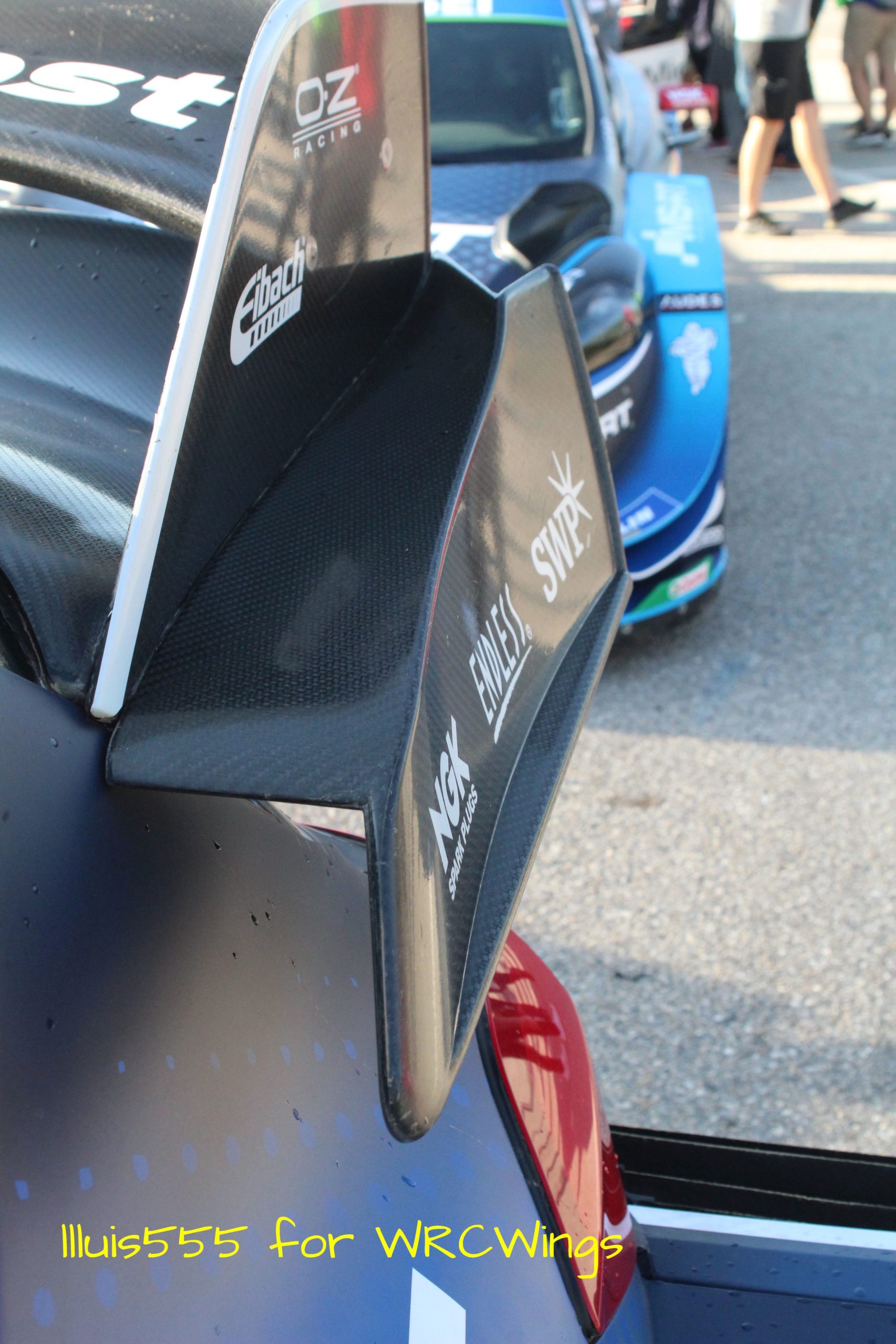 The use of side winglets on both sides of the rear wing of the Fiesta WRC was only shared with Toyota in 2017. But the solution proved to be effective, as Hyundai ended by incorporating them in the latest evolution of their rear wing (first used in México’20) as so did Citroën in the unborn new aero package evaluated in October 2019 (designed by Oreca).

The design of the car proved to be so robust that, even with the lower amount of test days between all teams (and only one and a half for Ogier/Ingrassia), the French duo was able to win in their home event (Monte-Carlo), the first of the 2017 season, with Tänak/Järveoja in the third position. And the season continued at a very high level, to reach the summit in Wales GB Rally, where Ogier/Ingrassia obtained their sixth Driver’s crown, the team ensured the Manufacturer’s title, and the British duo Evans/Barritt won the event at the wheel of the third Fiesta WRC equipped with D-Mack tires.

Was the Fiesta WRC a perfect aero design? No. None it is in the first year. In the case of the Fiesta, one of the weakest points were the side skirts (or the sills, as the team names them), which were not reliable neither effective enough. They had to be replaced for 2018, at the cost of two jokers. The new sills were thicker and wider, which means more robust and more efficient. 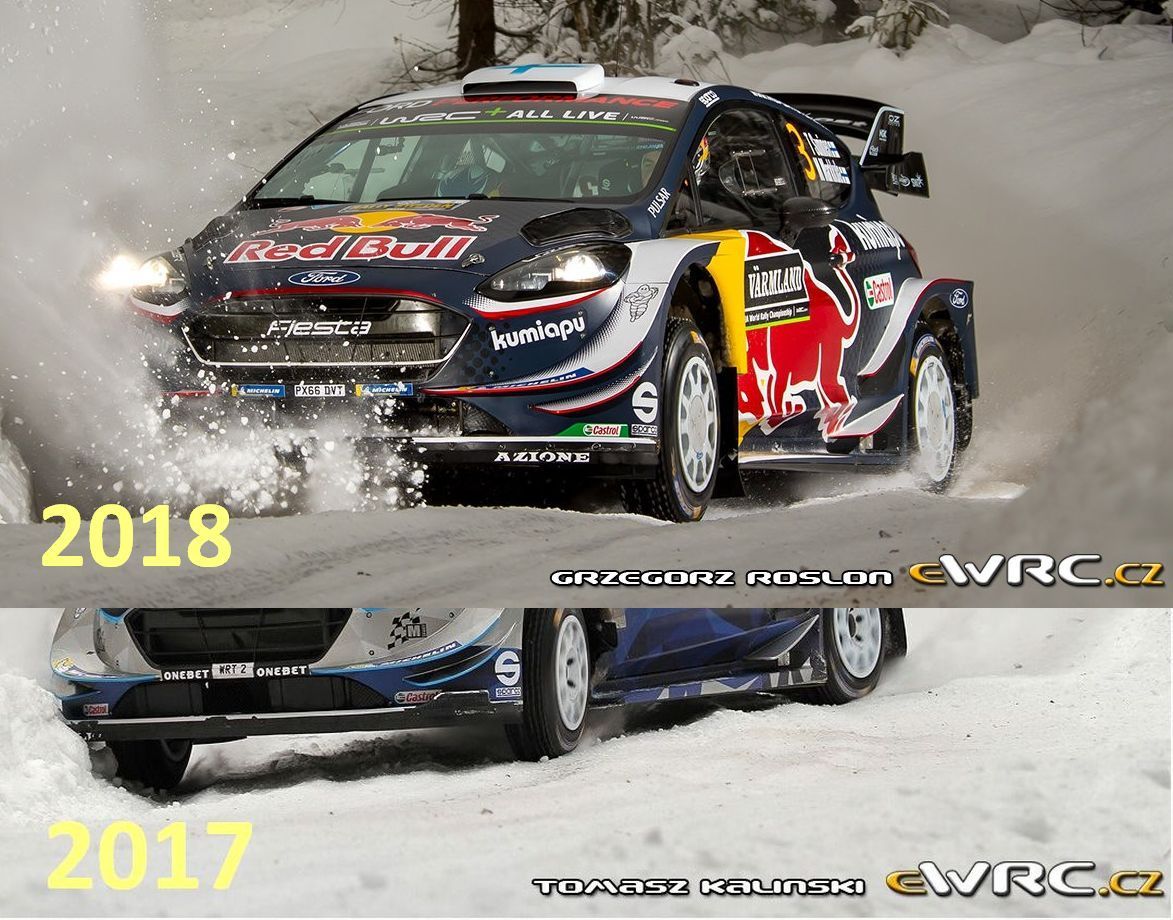 The success in the 2017 season convinced Ford Performance to increase their support to M-Sport. One of the first actions was the first wind tunnel testing of the Fiesta WRC, which took place at the Ford Performance Wind Tunnel based in Concord, NC, USA, in March 2018. During these tests, the aero design of the car was validated, confirming the good job done with CFD, but also detecting that some parts were not as efficient as CFD had predicted, especially at the car rear.

To correct that, a team of engineers led by Robert Walsh (Ford Performance Aerodynamicist) started working on new solutions, including a redesigned rear diffuser and new rear fender vents. The goal was to increase rear stability and downforce generation, to make the car faster. 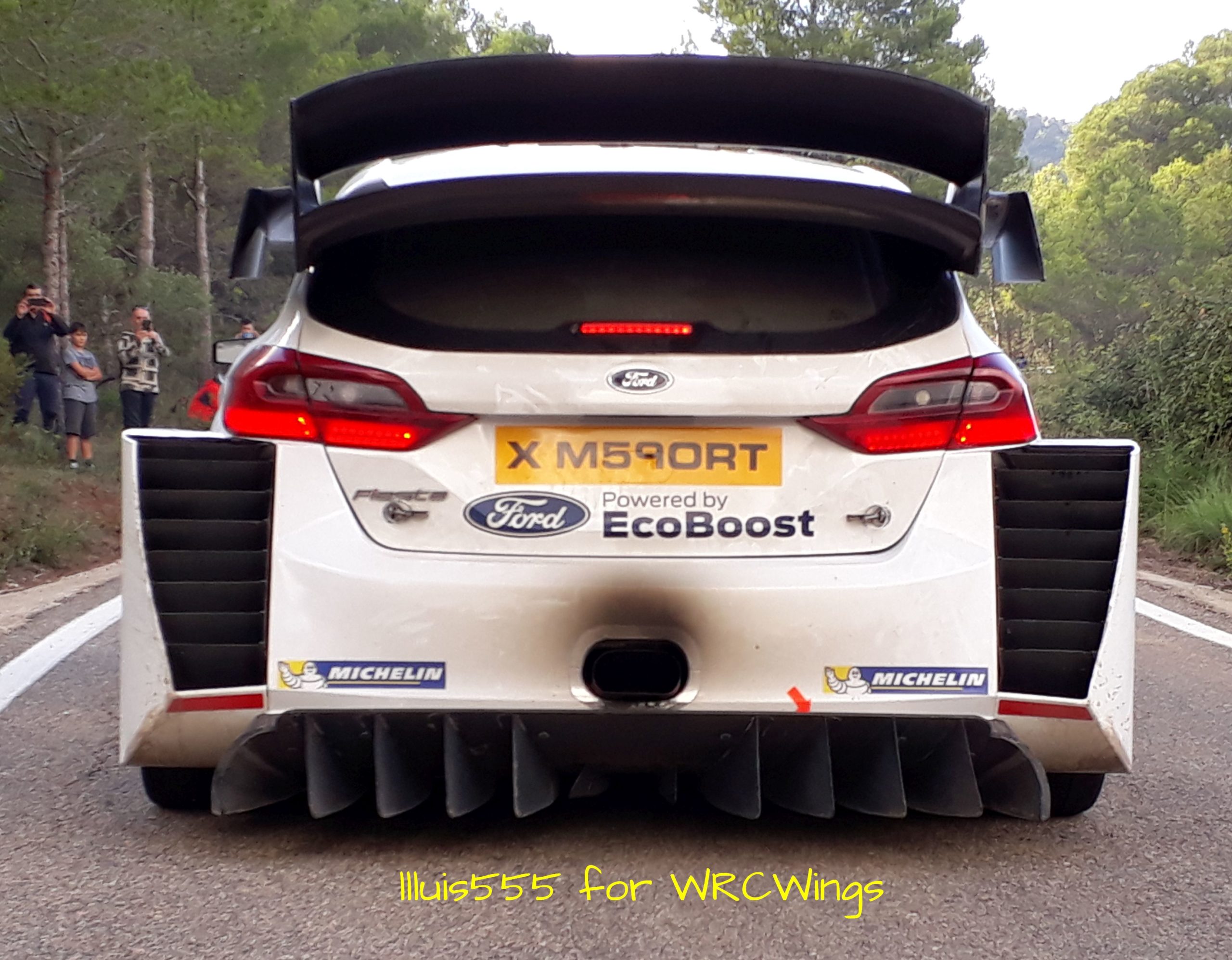 The result was the most developed rear diffuser of the category, with oriented vertical strakes and curved edges, a feature that lately Hyundai reproduced in the i20 Coupé WRC. But, again, not everything worked so well. The modification of the rear fender vents, similar to those of the Toyota Yaris WRC, resulted to be perfectible since its debut in Finland’18: higher drag was generated (thus lower top speed), the car was more unstable on the jumps and they were not reliable, as Ogier/Ingrassia were able to verify in the last jump of the power stage. 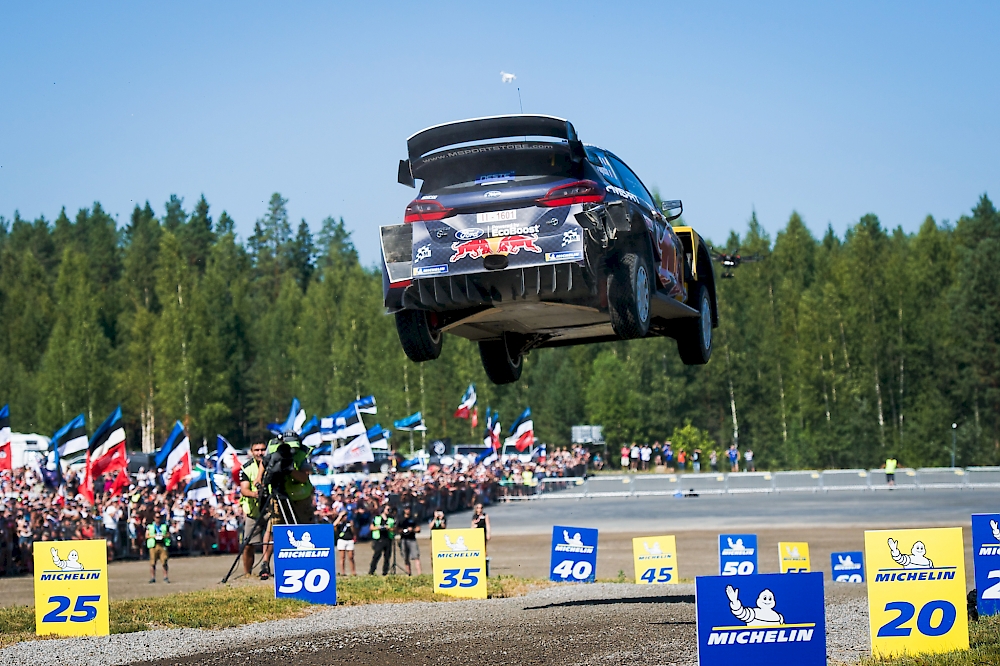 The solution had to wait until the next season, after a new visit to Ford Performance. The lower profile of the rear fender vents was modified, to a less prominent design, and most of the problems disappeared. 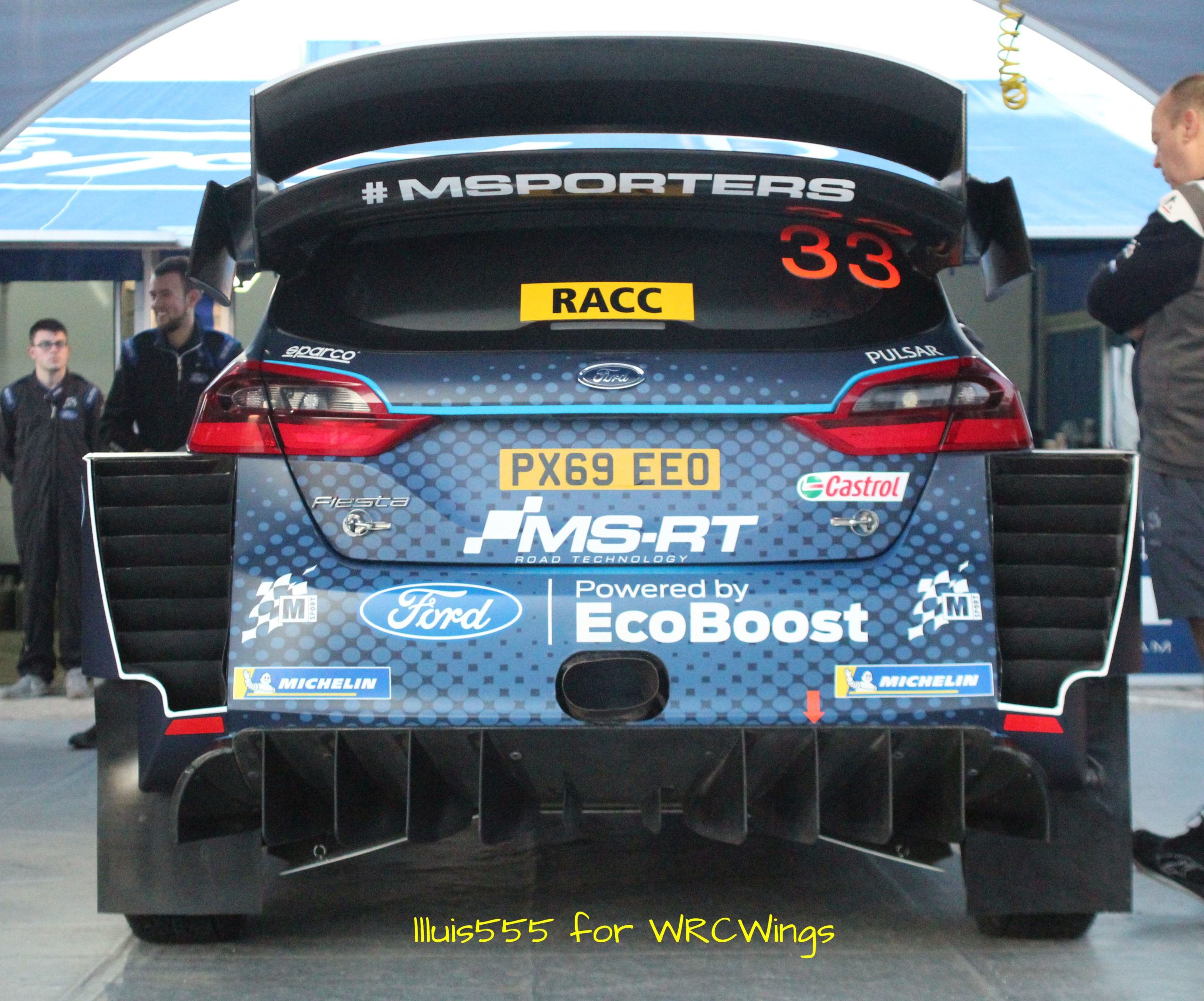 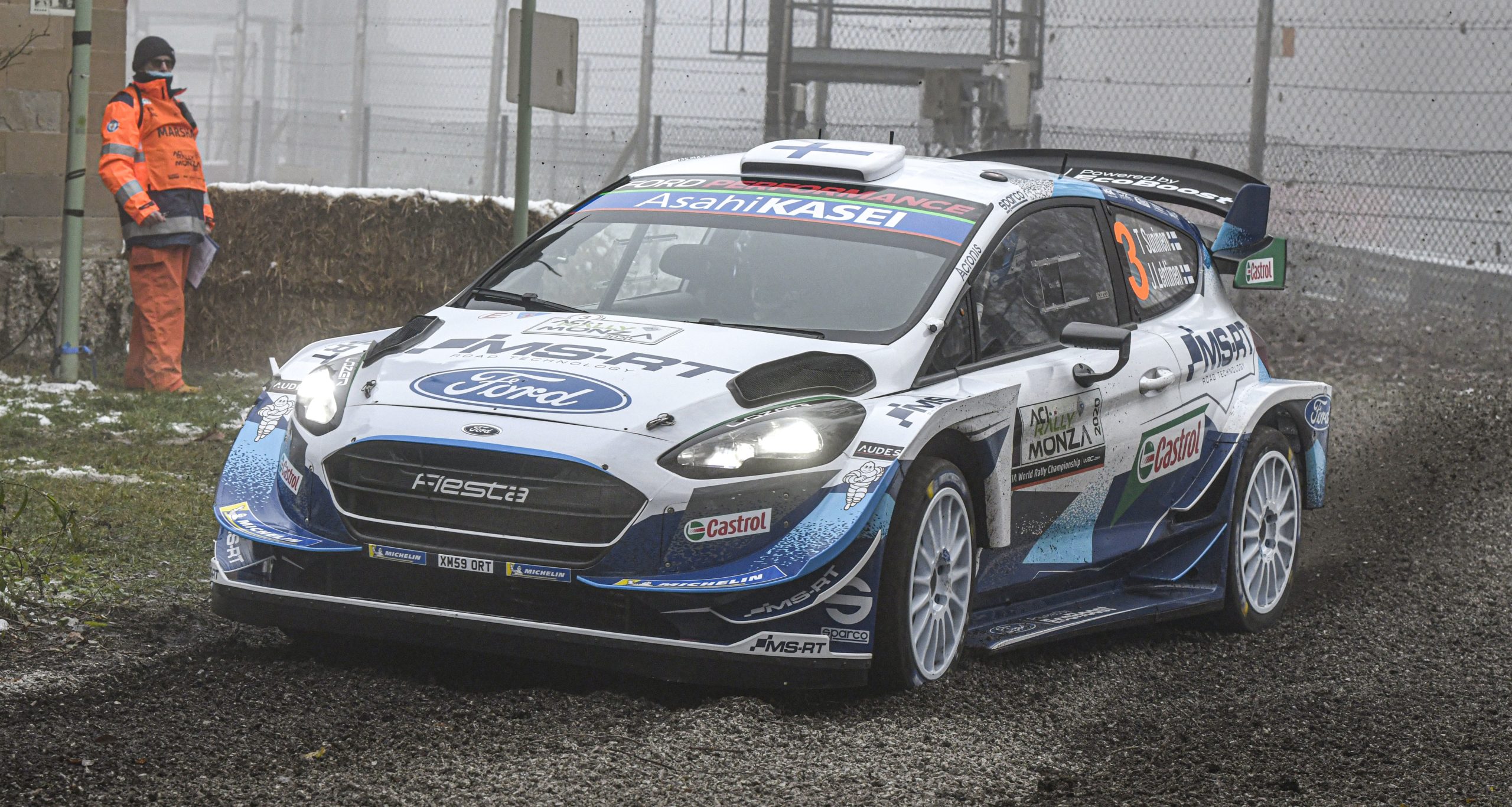 In summary, and as they have been doing since their irruption in the WRC in 1997, the team led by Malcolm Wilson and Richard Millener has proven its capacity of creating winning cars with balanced and robust aero packages. And we are sure they will do it again in the coming months, with the design of the 2022 car.