One of the main issues at the start of the 2021 WRC season has been the change of tyre supplier. Michelin, who had been supplying tyres since 2011, has been replaced by Pirelli, who will provide them for all 4×4 WRC cars in the next seasons. This change provides us a nice opportunity to evaluate the relationship of the tyres with the aero of the WRC cars, so we contacted Arnaud Remy (Michelin Motorsport Rally Manager) and Florenci Caso* (Pirelli Spain Motorsport Manager), and they both gently accepted to satisfy our curiosity about the impact of the aero on the tyres, the impact of the tires on the aero and how manufacturers deal with it all.

*The answers from Florenci Caso are an extract of the conversation he maintained during the live transmission of the 2020 Rally Sardegna Power stage in the Spanish version of the WRCPlus live service with José Manuel González, during which we had the chance of asking him on the impact of the aero on tyre design. 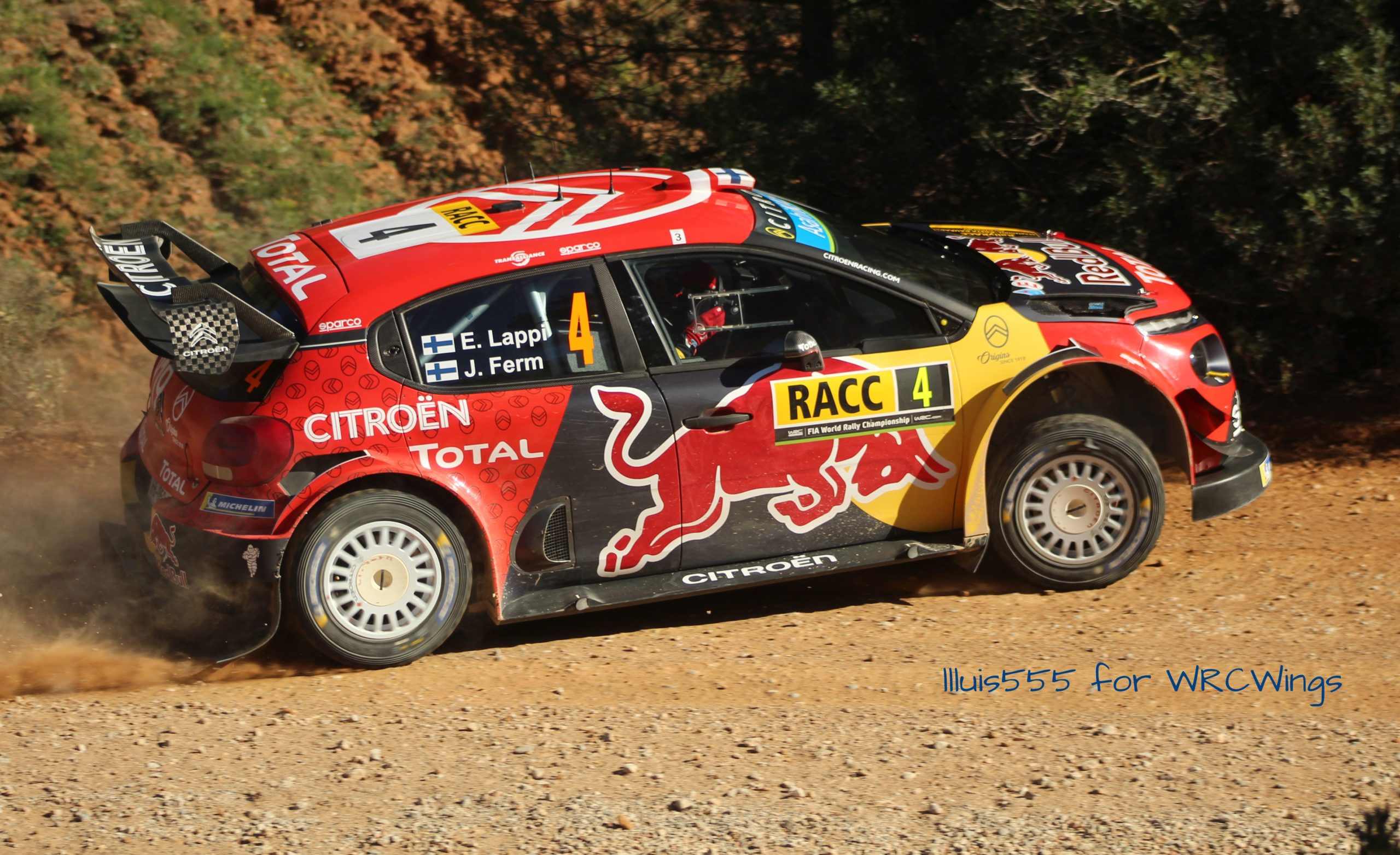 1. Has the aero any impact on the tyres?

The first question was obvious: has the aero any impact on the tyres? We transferred this question to Florenci Caso and he was taxative: “Yes, clearly it has. The downforce generated by the aero increases the car weight as velocity increases. The friction force depends on the normal (vertical) component. With the downforce, we increase the weight, that is, the vertical component, and the result is that grip increases. But it has also downsides, as the tyre gets stressed.”

Does it mean that the downforce a rally car generates is considered during the design of a tyre?

“Of course, confirms Florenci, the aero downforce is taken into account in the design of the tyres, and it has to be used wisely, not only by the tyre manufacturer but also by the car manufacturer.

How the tyre is modified to deal with downforce, especially with the arrival of the current WRC car generation, that generated unprecedented levels of downforce? Arnaud Remy explains that the main change was “to strengthen the architecture of the WRC tyres, to withstand the increase in downforce as well as to increase the resistance to impacts linked to the increased speeds these cars reach. This required a lot of work from our development teams because the WRC championship was open to all manufacturers and we didn’t want to lose momentum.”

Gravel and tarmac Michelin tyres at the Ford Fiesta WRC of G.Greensmith/E.Edmonson in the Rally Portugal 2019 (left) and T.Suninen/J.Lehtinen in the Rally Catalunya 2019 (right) – images by Michelin

Aerodynamic performance of cars changes depending on the surface of the stages. How different are tarmac and gravel tyres, because of this different performance?

Florenci details it: “On tarmac is where higher advantage can be taken from the aero, allowing higher velocities, and the grip is higher than on gravel. We, at Pirelli, generate a tyre with a harder mixture for tarmac, to keep the working temperature below the limit, so the performance of the car is not affected.”

And what about different categories: are the tyres for a WRC (Rally1) different than that for a Rally2 (R5 car)? “Yes, the tyre development is different between a WRC car and an R5 car, which has much less aero”, Florenci confirms. 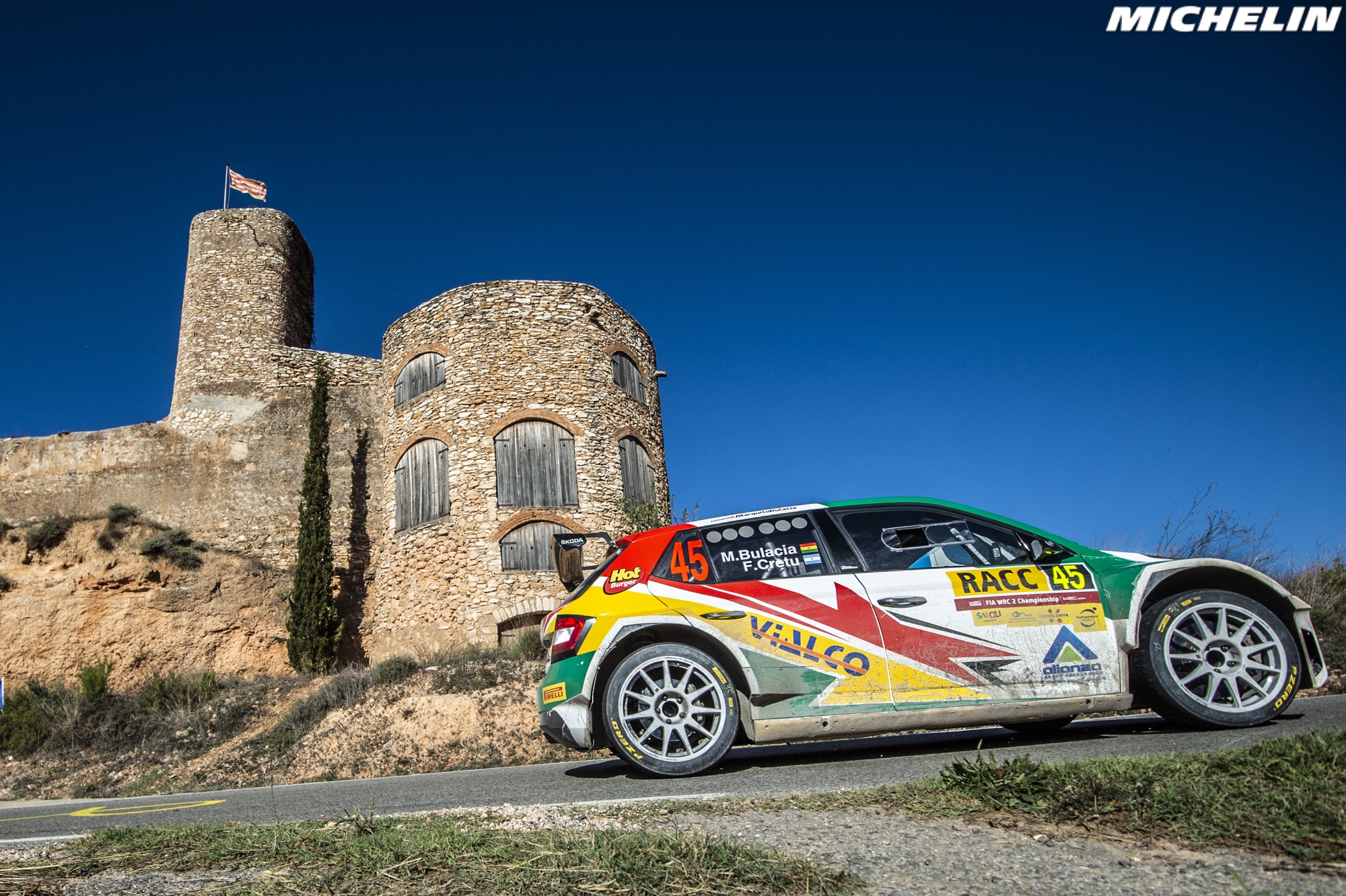 According to Arnaud “Yes and no. We developed tyres specifically for R5 cars. These have been also used by WRC cars and the results in time are very similar. But the tyres for R5 cars are significantly less strengthened and they do not allow the WRC drivers to attack as hard as they do with WRC tyres without causing frequent punctures. It is at this level where the main differences are between Rally1 and Rally2 tyres.” 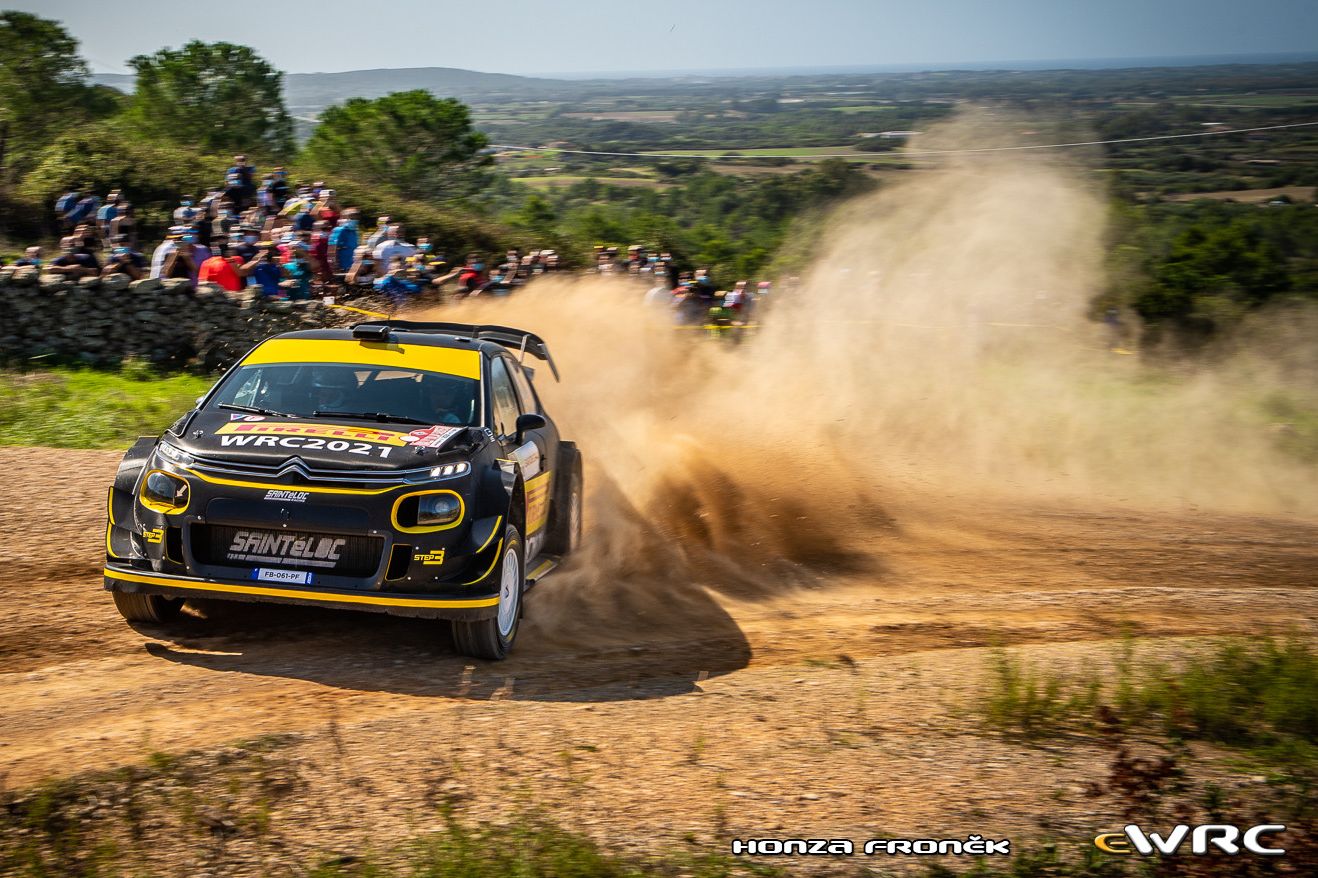 The aero of the current WRC cars generates a huge amount of downforce, but many times at the cost of higher drag. Has the drag any impact on the tyres, in terms of higher temperature or higher usage?

Arnaud explains that “we have not had too many changes in the temperature of the tyres (with the 2017-generation cars), but of course we had to develop our tyres. In fact, it is a pack. If you change the architecture, the tyre will not work the same way and the demand for the tread rubber is not going to be the same as before. Thanks to the development work, we achieved to keep the usage at the same level as before, especially on tarmac. On gravel, it is very dependent on the event, but the great job done by our developers limited this problem.” 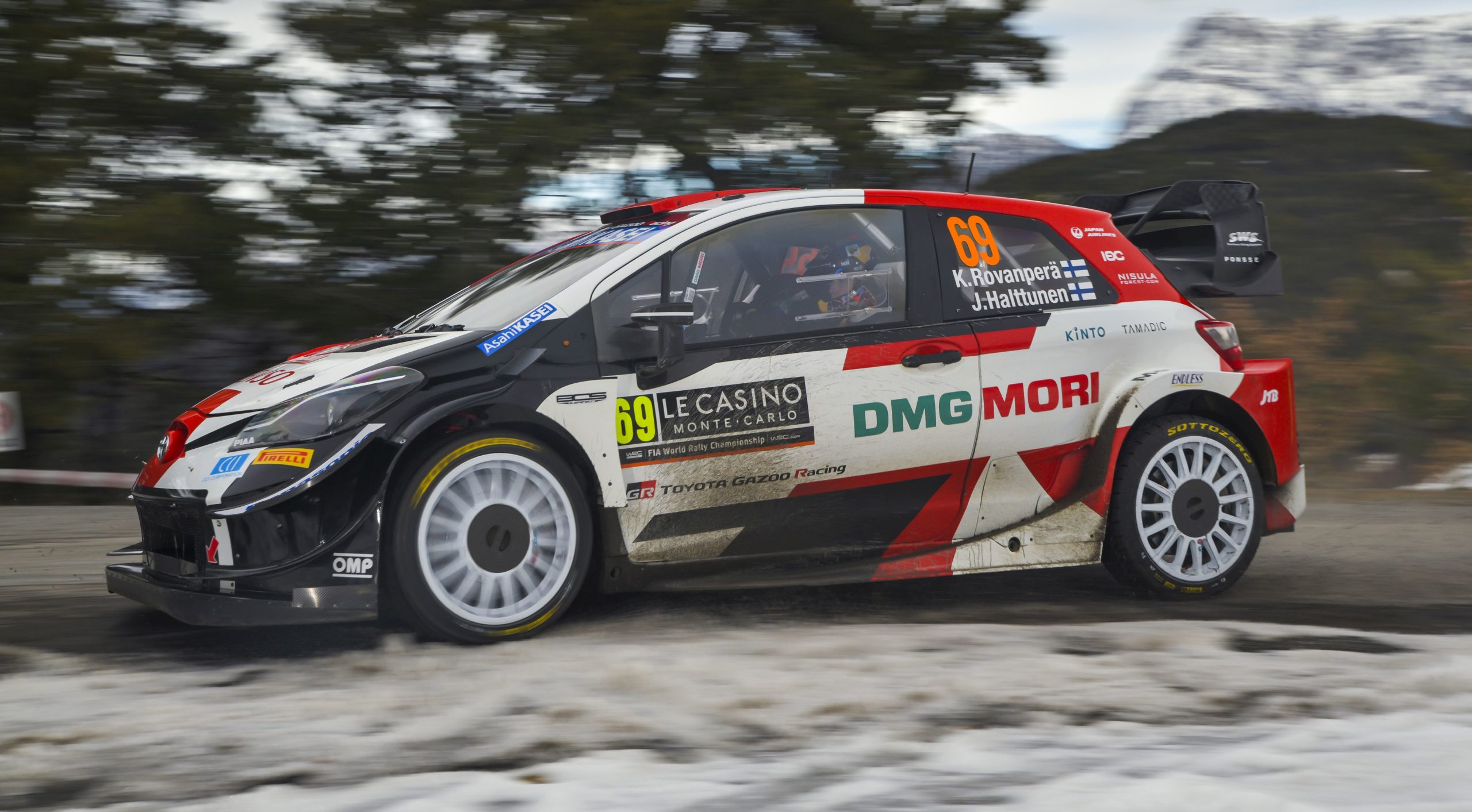 The operating temperature is critical for the performance of the tyre. Which part of the tyre suffers most from temperature problems, and how is it dealt with?

For Arnaud, “the temperature is mainly a problem on the tyre tread. Either the rubber on the tread is too soft, or the tyre surface is in high demand. For instance, in Finland and Estonia we expected gravel tyres to deal with very high speeds. This could have produced excessive temperatures. The solution was to have a rubber mix less sensitive to this phenomenon, but also a sculpture that allowed the temperature to be evacuated. For the design of the sculpture and the evaluation of the thermal performance, we use numeric simulation techniques (Computational Fluid Dynamics, best known as CFD), with which we have wide experience, and then we test the tyres to validate the design.” 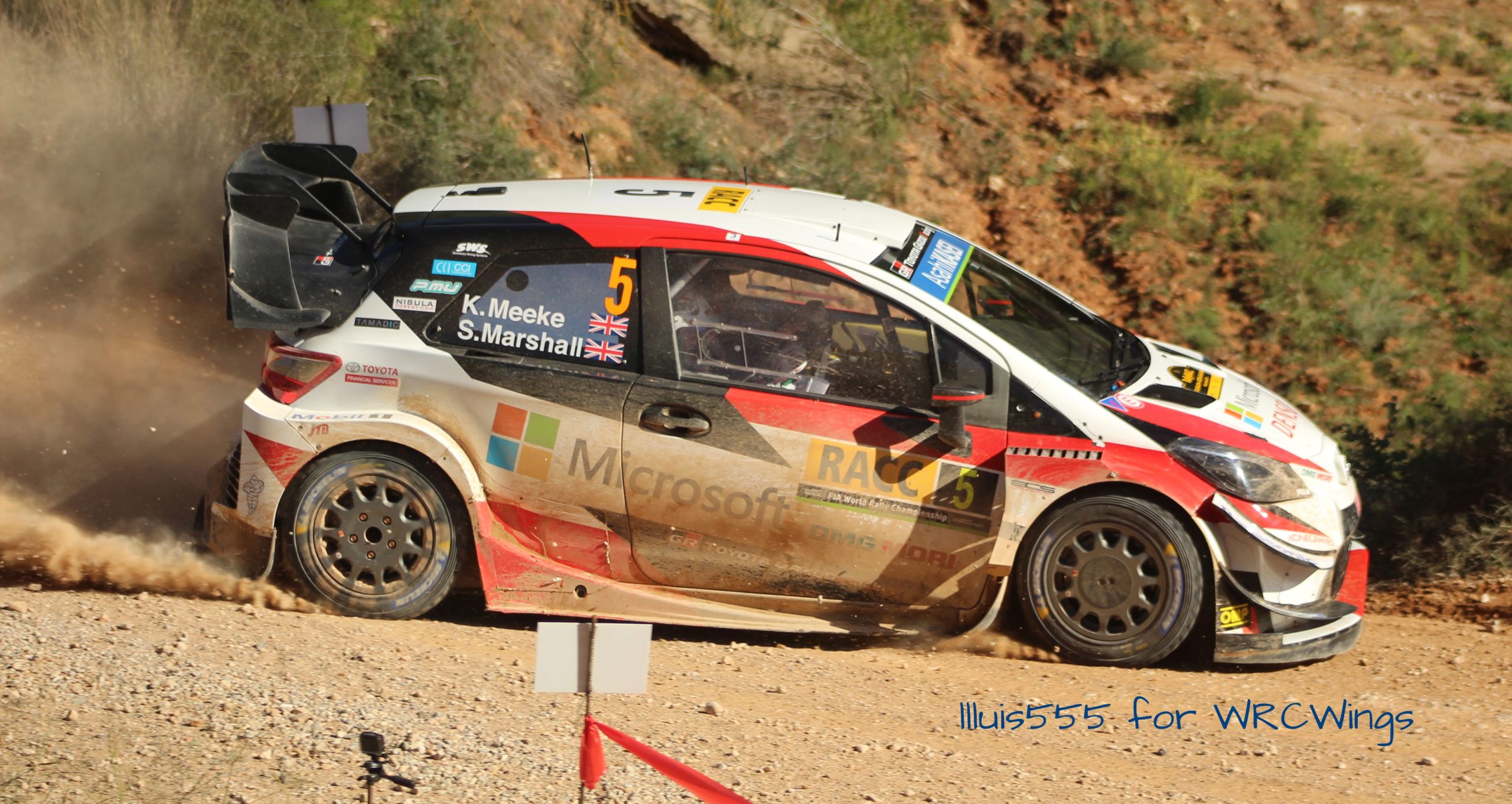 It is clear then that tyres have been impacted by the improved aerodynamics of the current WRC cars. What about the opposite?

2. Have the tyres any impact on the aero?

One of the potential impacts comes from the width of the tyre: it is known that drag increases with the tyre width. Is it taken into account when designing the tyre?

Arnaud explains that “the tyre dimensions are set by regulation; with the only exception of the studded tyres used in Sweden (snow), the aim is always to maximize the contact with the ground”. 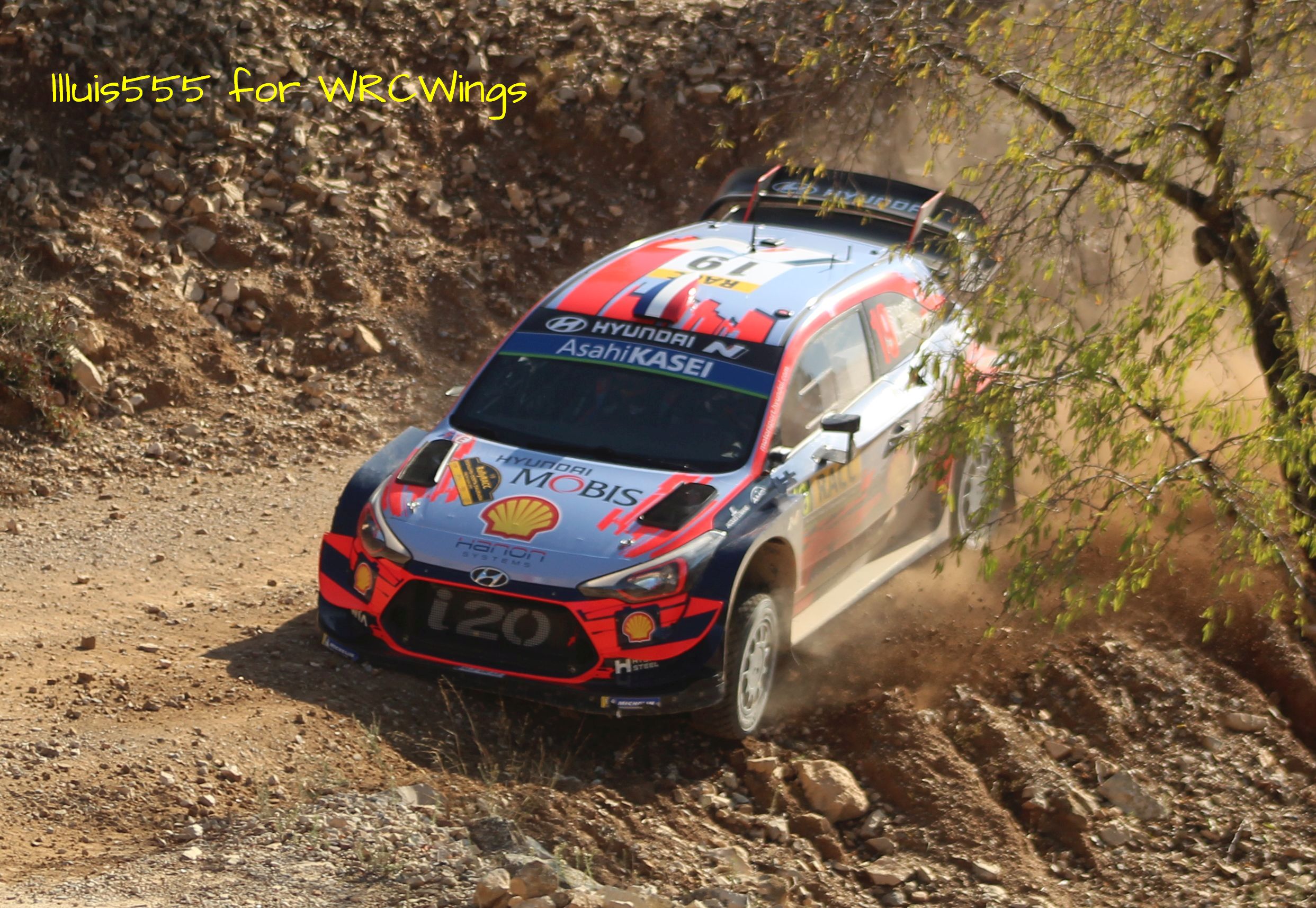 So, the grip is prioritized over the drag. What about the punctures? They often have an impact on the aero of the WRC cars, as it is common to see how a punctured tyre can damage some of the aero parts (mainly fenders). What measures are taken by manufacturers to reduce the risk of punctures?

Florenci explains that “the puncture risk is minimized with a tyre with high resistance to impact, while light and resistant to swing, as the tire attacks the road by its sides and can impact on rigid elements. But we cannot overcharge it with rubber, because it would be too heavy and the performance would be reduced. At Pirelli, we use new mixtures, whose main advantage is to give the driver a very constant behavior of the car. Also, the usage of the tread has to be avoided: even if the team does not select the most proper tyre, our mixture does not deteriorate and the tread remains intact.” 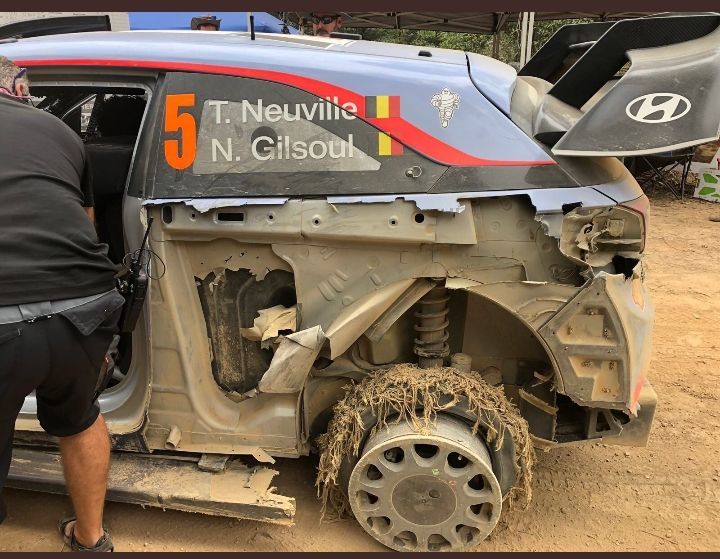 For Arnaud, however, “this type of problem is not so frequent. There have always been punctures. Now, there are even fewer than in the past, thanks to the progress made. On the contrary, we have access to live images in all stages, and punctures are more visible now. Also, the damage to cars is also linked to the fact that there are many more aero appendages around the wheels than before, especially in light materials that do not resist impacts for long.”

In summary, the tyres are very much affected by the aero of the current rally cars, especially because of the increasing downforce these are able to generate, while the aero is also impacted by the tyres, in terms of drag and reliability.

We really thank Florenci Caso and Arnaud Rémy for their invaluable collaboration and very interesting and instructive explanations, a well as José Manuel González (WRC plus) for his support and collaboration. After talking to them, it is clear to us that, no matter who the tyre supplier is, the current rally cars are in very good hands, and they are equipped with state-of-the-art tyre technology.