An entry list with some surprises in the second event of the 2021 American Rally Association is a reason enough to attract our attention towards this Championship, with special attention to the aero of the cars, as usual. The Rally of the 100 Acres Wood took place during the last weekend in gravel routes around Salem and Potosi, Missouri. The event, whose name honors the forest where the stories of Winnie the Pooh take place, congregated an interesting list of cars, with some aero details which are worth reviewing. Maybe the fact that the event is considered the fastest of the ARA season contributed, but similar entries are expected in the next events, for what expectations for a very fun year are high.

The duo of WRX STI usually aligned by Subaru Motorsports USA in most of the events of the Championship was joined in this occasion, amongst others, by a Ford Fiesta WRC and a Škoda Fabia R5+, and those were the four cars who battled for the win all along the weekend. 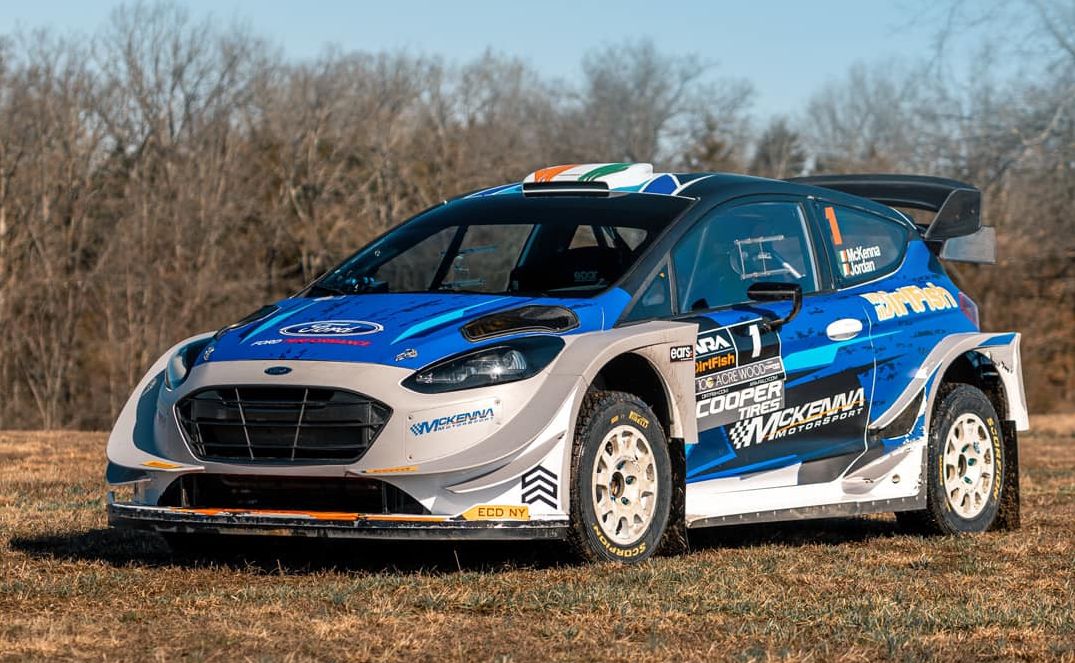 The Ford Fiesta WRC driven by Barry McKenna and Leon Jordan was not a full WRC spec car, as certain aspects of the rules do not allow it, as American Rally Association Series and Competition Director Preston Osborn clarified to Jalopnik. In terms of aero, it was a 2017 spec unit, with a modified front splitter. The car included the modification that the team introduced in Rally México 2019, which consists of the increase of space between the side fences and the car body (where the Arrow up stickers are placed in the picture above). The main benefit of this modification would be to improve the efficiency of the dive planes in the downforce generation, thus increasing grip in the front wheels. 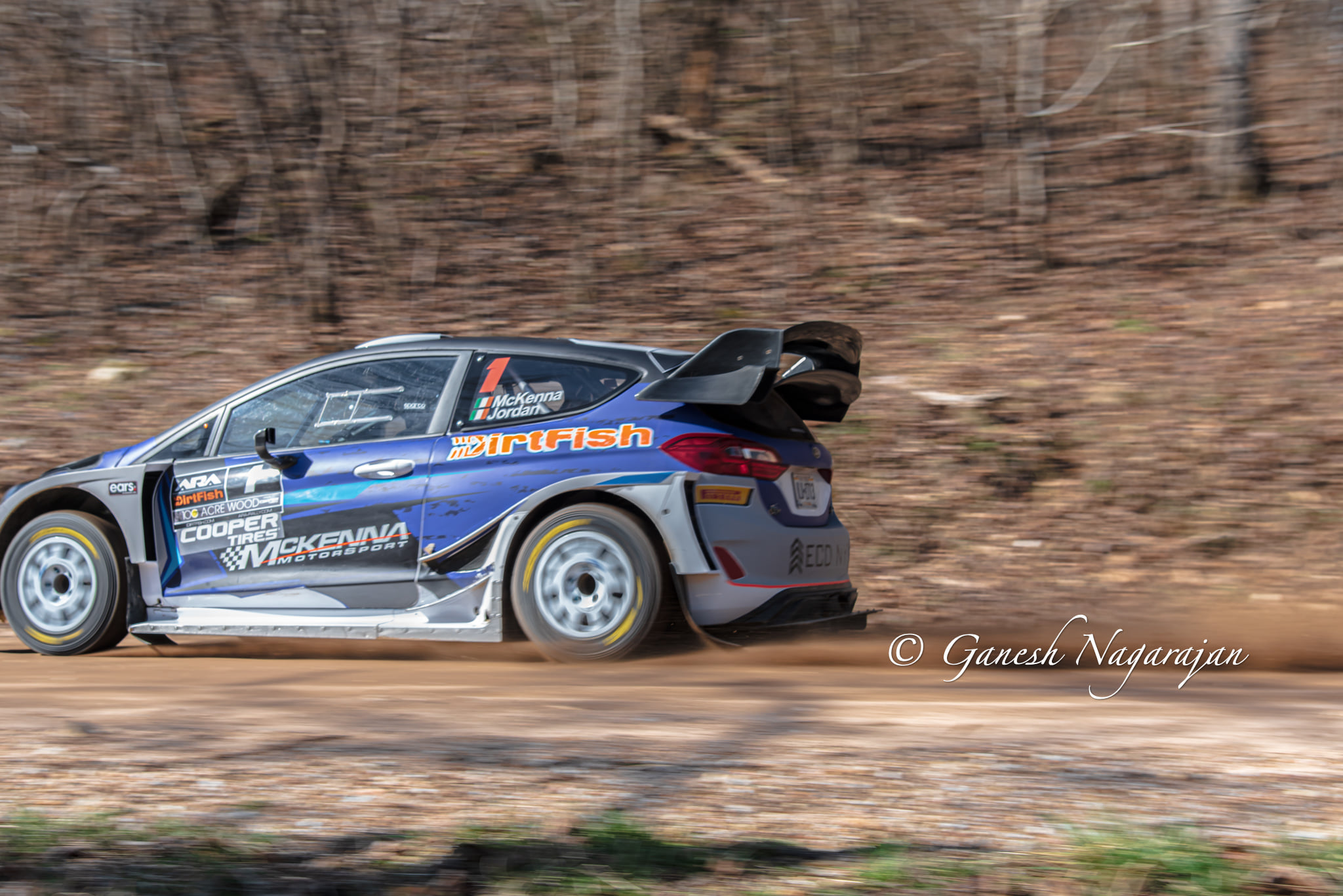 Only a puncture prevented the 2020 ARA Champion duo from winning in Missouri. But the car was aligned under appeal. The American Rally Association found that McKenna’s WRC-derived Fiesta was outside of the O4WD rules due to aerodynamic pieces on the vehicle, and the driver appealed.

What was wrong with the car? We assume that the problem was with the rear wing. The 2021 ARA Rally Technical Rules specify that, for 04WD cars, “spoilers, plates or wings may not extend beyond the body as viewed from above nor extend above the roof line by more than 3 inches when viewed from the side.” The rear wing of McKenna/Jordan’s Fiesta WRC complies with WRC regulation, which specifies that “the rear spoiler/wing can be 50mm higher and 55mm wider than the car body, and it can overhang the car body by 50 mm”. It looks like the 50 mm overhang from the car body (while neither the WRX STI or the Fabia R5+ have it) or the side winglets (protruding from the car body) might be the problem. Now, the ARA has 45 days to make a final decision. 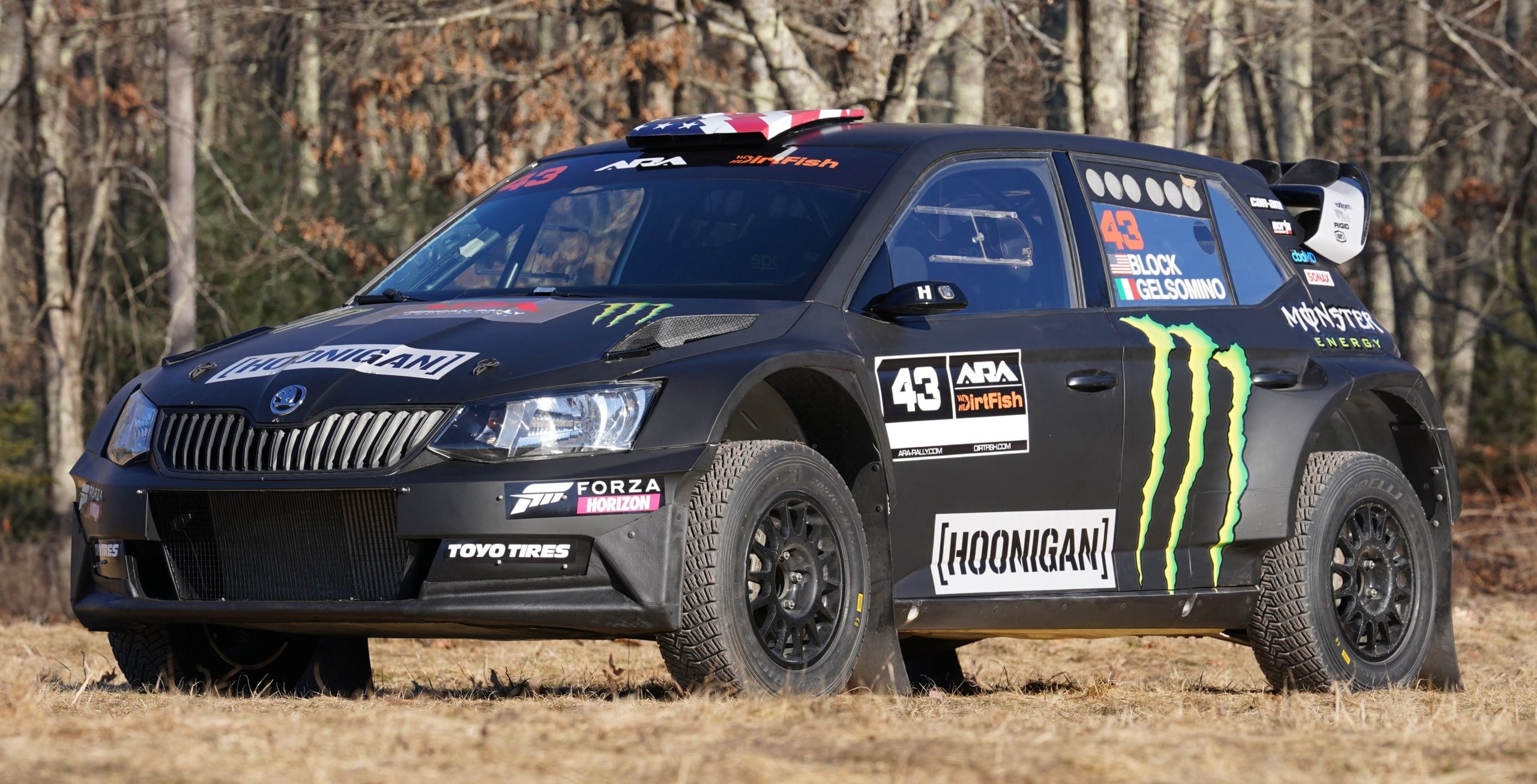 The return of Ken Block and Alex Gelsomino (second in 2006 and 2008) to the ARA Championship took place at the wheel of a Škoda Fabia R5+, their new weapon after last year they put an end to their long-term collaboration with Ford. The Fabia R5+ seen in the 100 Acres event was a Fabia R5 2017 spec, with the only modification (at least visually) of the rear wing. 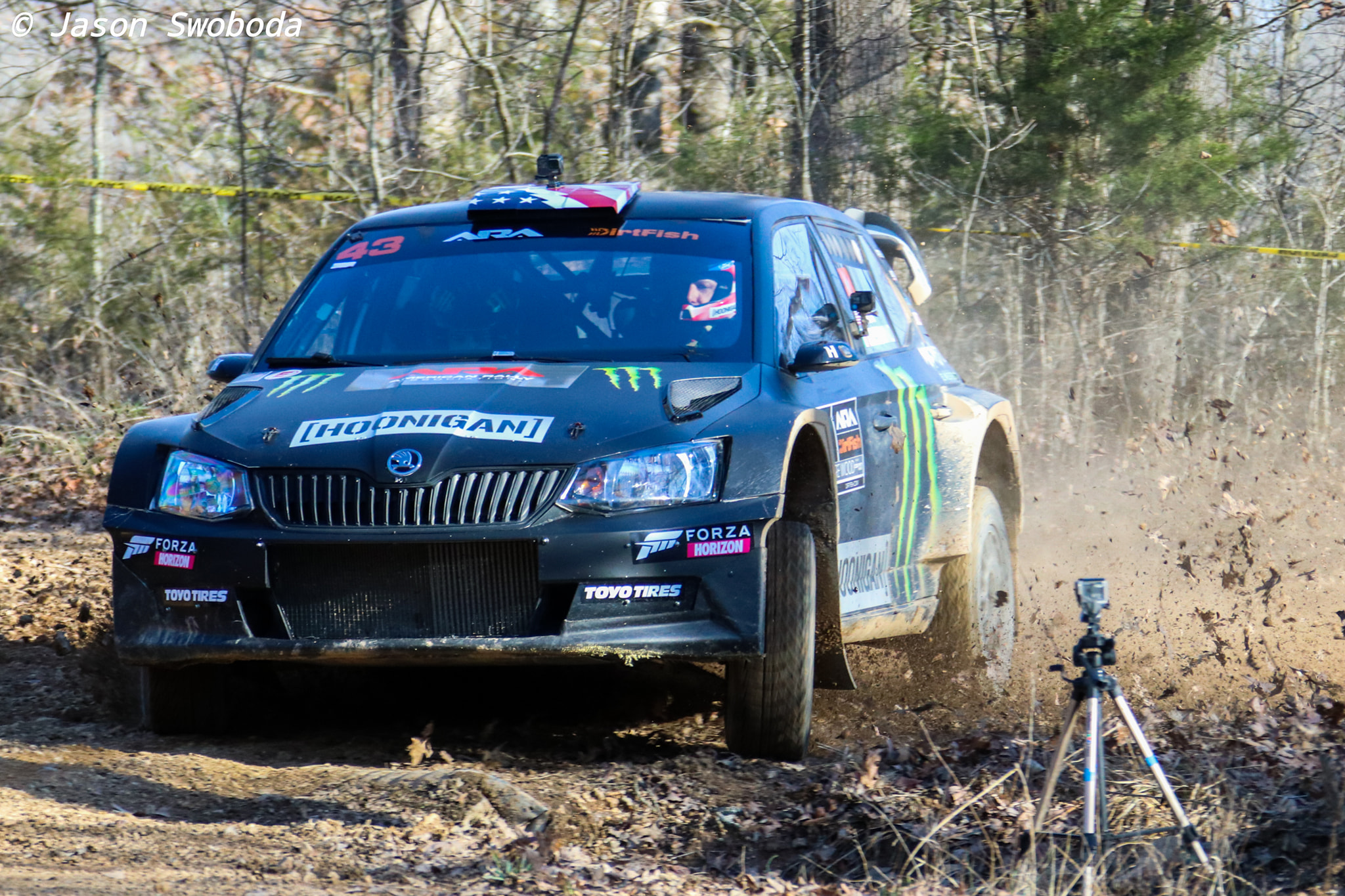 The car included the rear wing design of the Škoda Fabia WRC 2005, a very successful wing design that has been also seen in other championships recently. 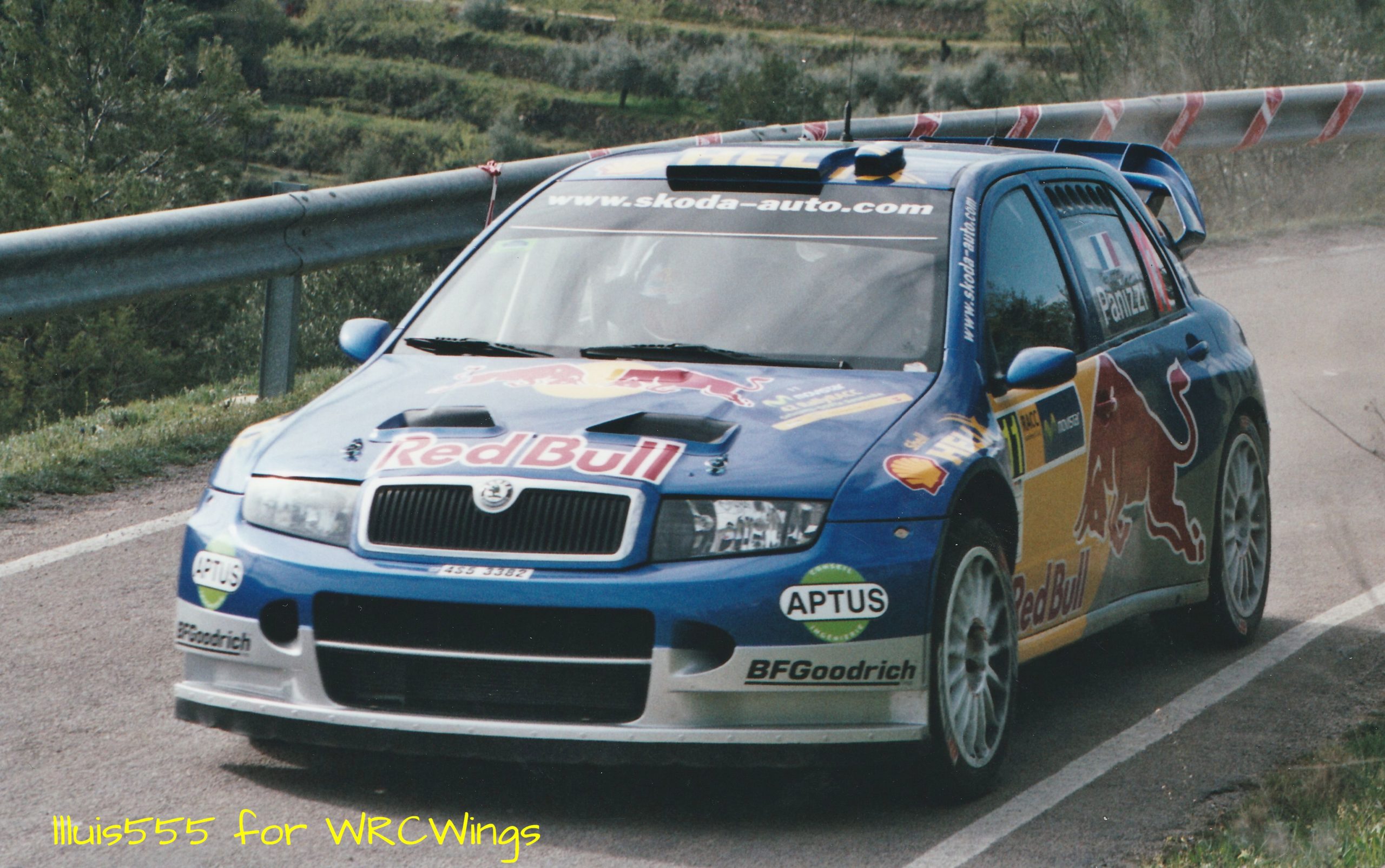 The same rear wing has been used by ES Motorsport in the Škoda Fabia RX aligned in the World RallyCross Championship in 2019, as well as in the new car design the team aligned in two rounds in 2020. 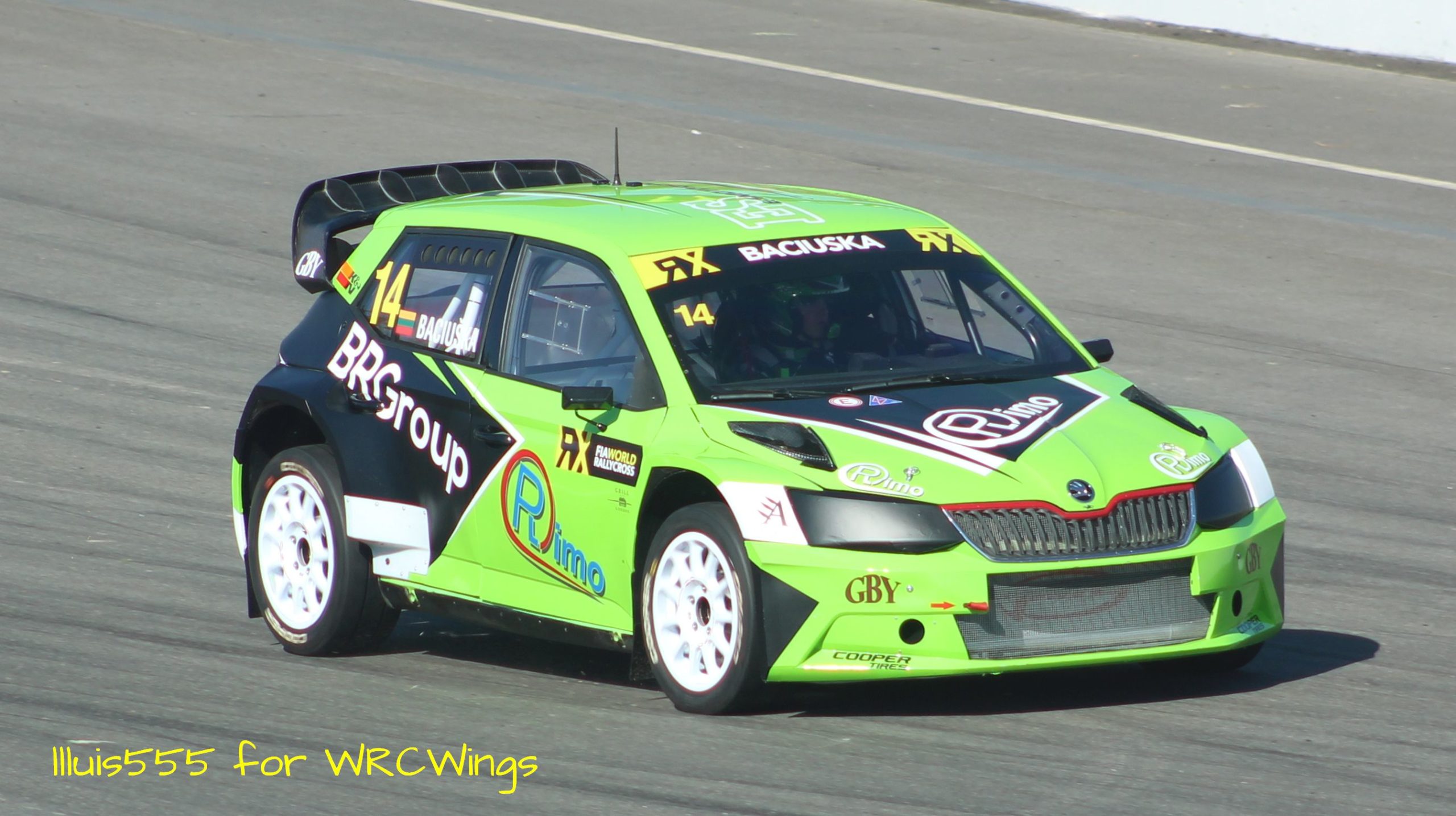 In spite of such a diversified competence, the win came again to the Subaru side, in the hands of 2006/7/8/9 Rally America Champion Travis Pastrana codriven by Rhianon Smyth-Gelsomino. The car is based on a stock Subaru Impreza WRX STI modified for competition by the team’s technical partner, Vermont SportsCar. One of the main areas of development since the car’s first appearance in 2015 has been the custom aero package, which has been modified several times since then. 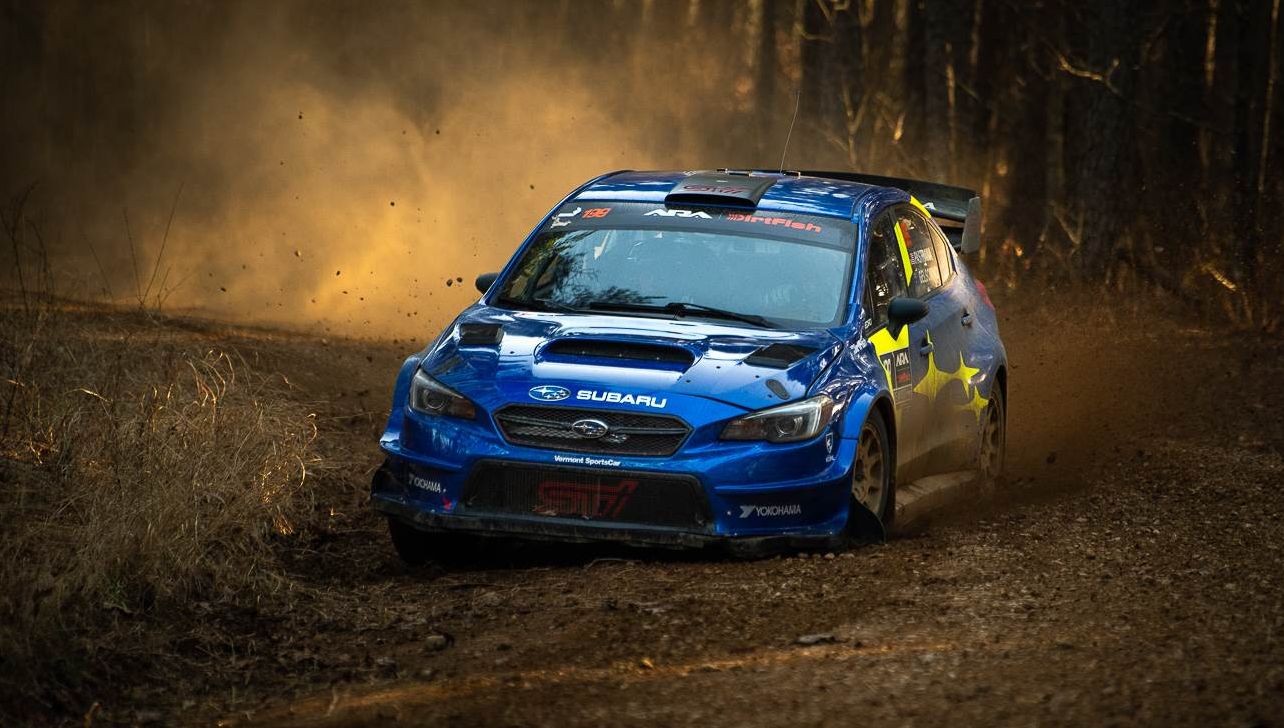 The main areas of improvement in the custom aero package have been the front splitter, the roof scoop, the side skirts and the rear wing. Since 2015, the front splitter includes two lips on both sides, acting as small dive planes. Their main goal is to generate a row of vortices that act as a barrier that prevents air from entering under the car in the space between the front and rear wheels. By keeping air away from entering under the car, pressure remains low and less downforce is generated.

In 2019, a small fence (shown by a yellow arrow in the picture below) was added on both sides of the front splitter (similar to those of the Yaris WRC, Fiesta WRC and Hyundai i20 Coupé WRC), to better channel air under the dive planes, thus increasing its efficiency.

The stock rear wing was replaced with a larger vertically slotted wing, which greatly improves downforce to the rear of the car, according to the team. Initially, the three vertical slots ended up under the upper wing. Since Olympus Rally 2015, the slots were prolonged over the upper wing, turning into three small vanes which allow generating downforce at the corners, when the car is sliding.

In summary, a nice entry list led to a very competed event, where WRC, R5+ and Subaru (still the most iconic rally brand in the mind of most rally fans) cars competed during the whole weekend for victory without the huge time differences we see in other Championships. Congrats to ARA for keeping the balance right and showing that other alternatives are possible. 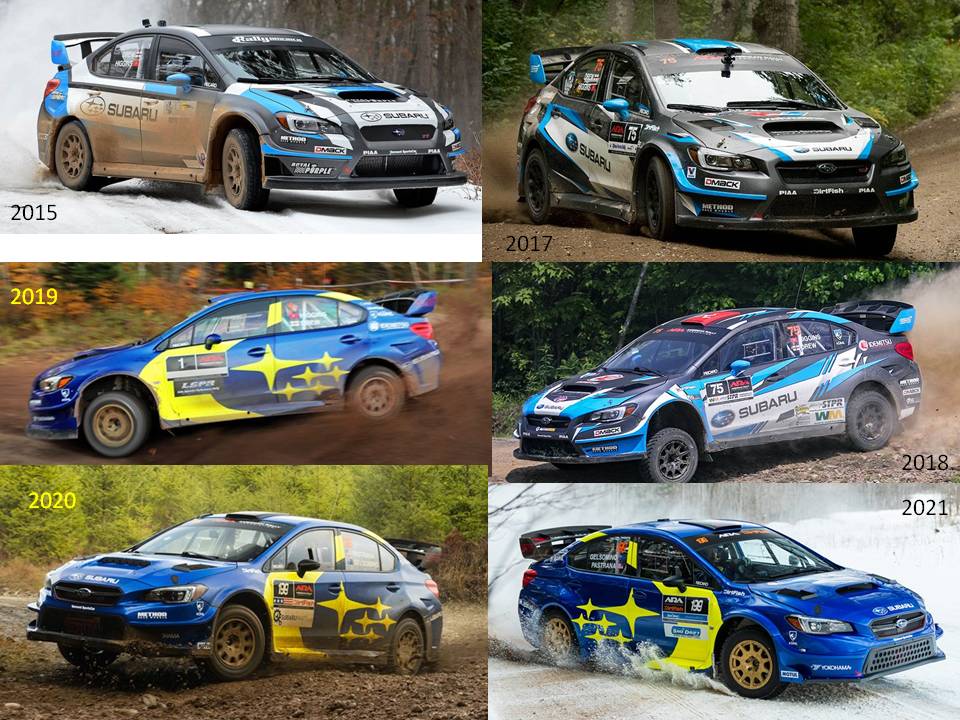