The first WRC edition of the Rally Croatia was the starting point for some aero innovations in the Toyota Yaris WRC and in some Rally2 cars. This is our review of these innovations, as well as the evaluation of the different team’s performance on the fastest stages, to try to determine the impact of the modifications in Toyota’s win.

The Japanese team, Finland-based, finally introduced important modifications in the front aero package of the Toyota Yaris WRC. A bigger winglet, saw teeth endplates, side deflectors and an additional air vent were part of the new Yaris WRC’s aero package, with the final goal of improving front and rear downforce to increase grip and reduce understeer, as we saw in our previous analysis. 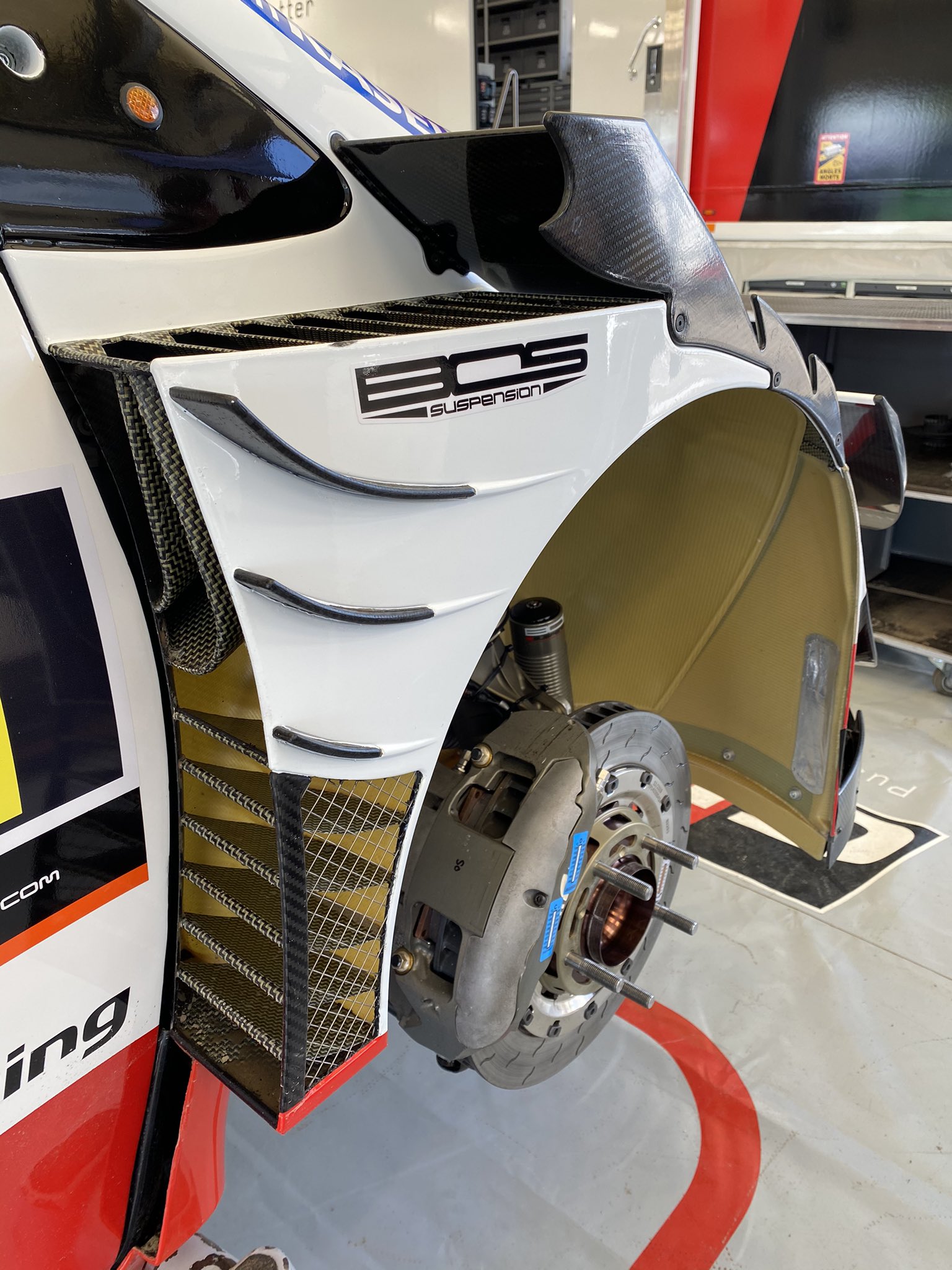 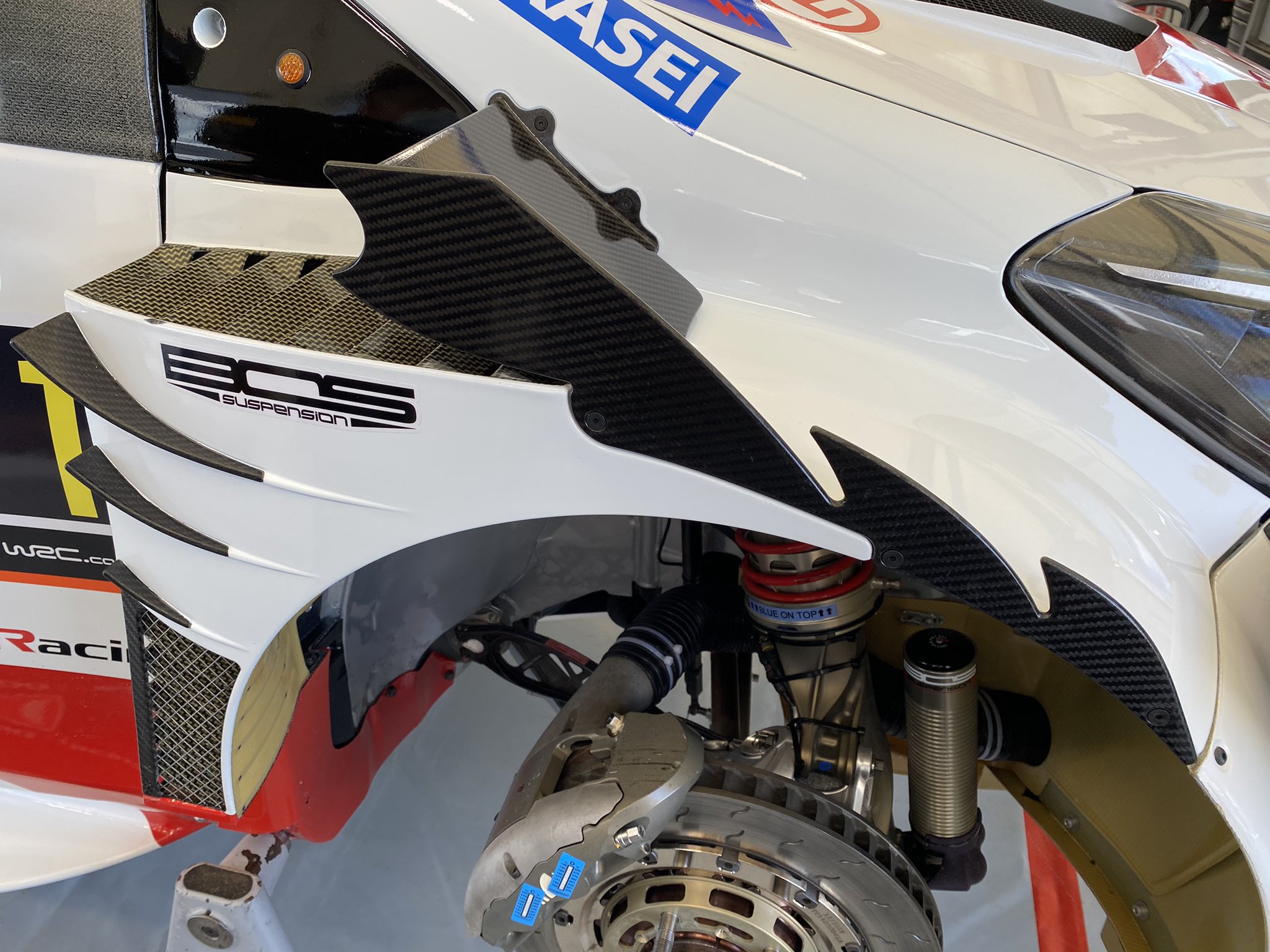 Also, some interesting aero modifications were seen in the Rally2 category in Croatia. On one side, MSport introduced a modified bonnet for the Ford Fiesta Rally2, with a modified design of the vents. The original vent design (longitudinal, centered) was been replaced by two smaller vents, located on both sides of the bonnet (inside the yellow circles in the picture below). The main reason is to allow hot air exiting from the engine bay to flow on both sides of the roof scoop. The result is less drag and fresher drivers, as hot air does not enter into the car through the roof scoop. The pictures below show the new (top) and old (down) designs of the bonnet. 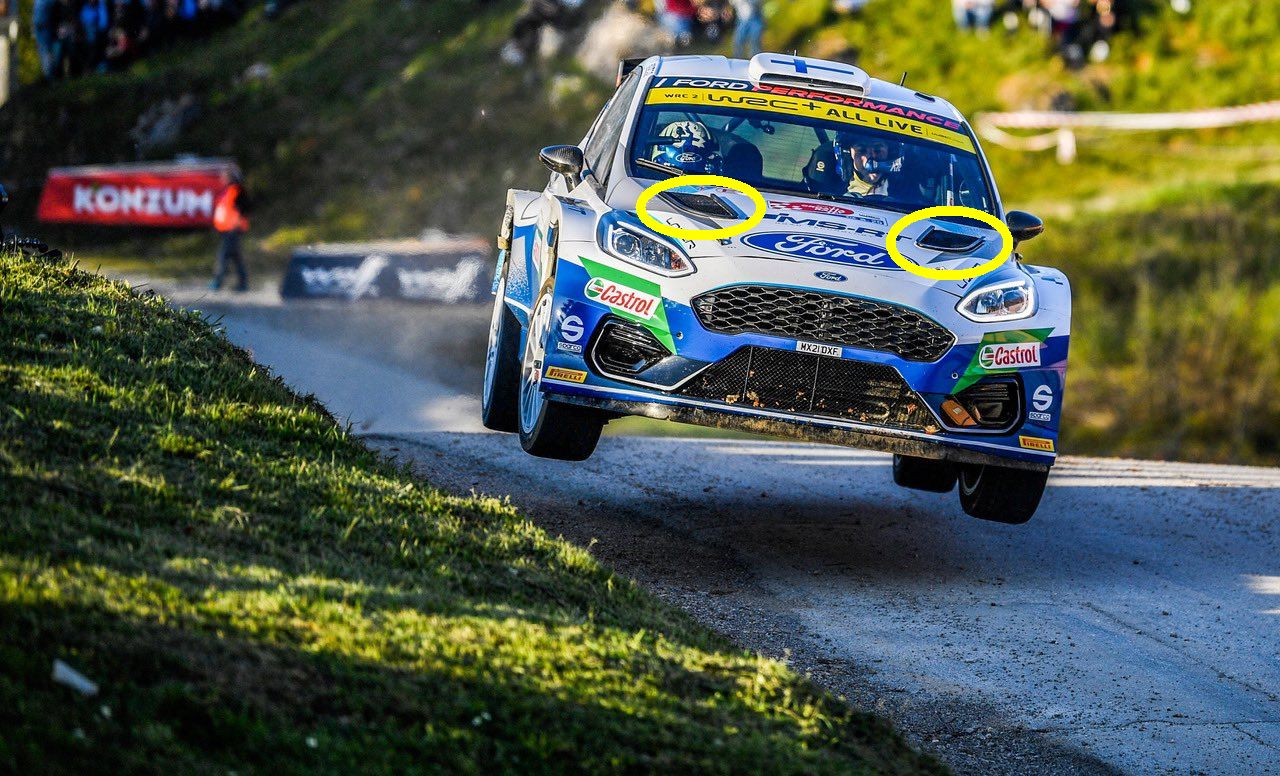 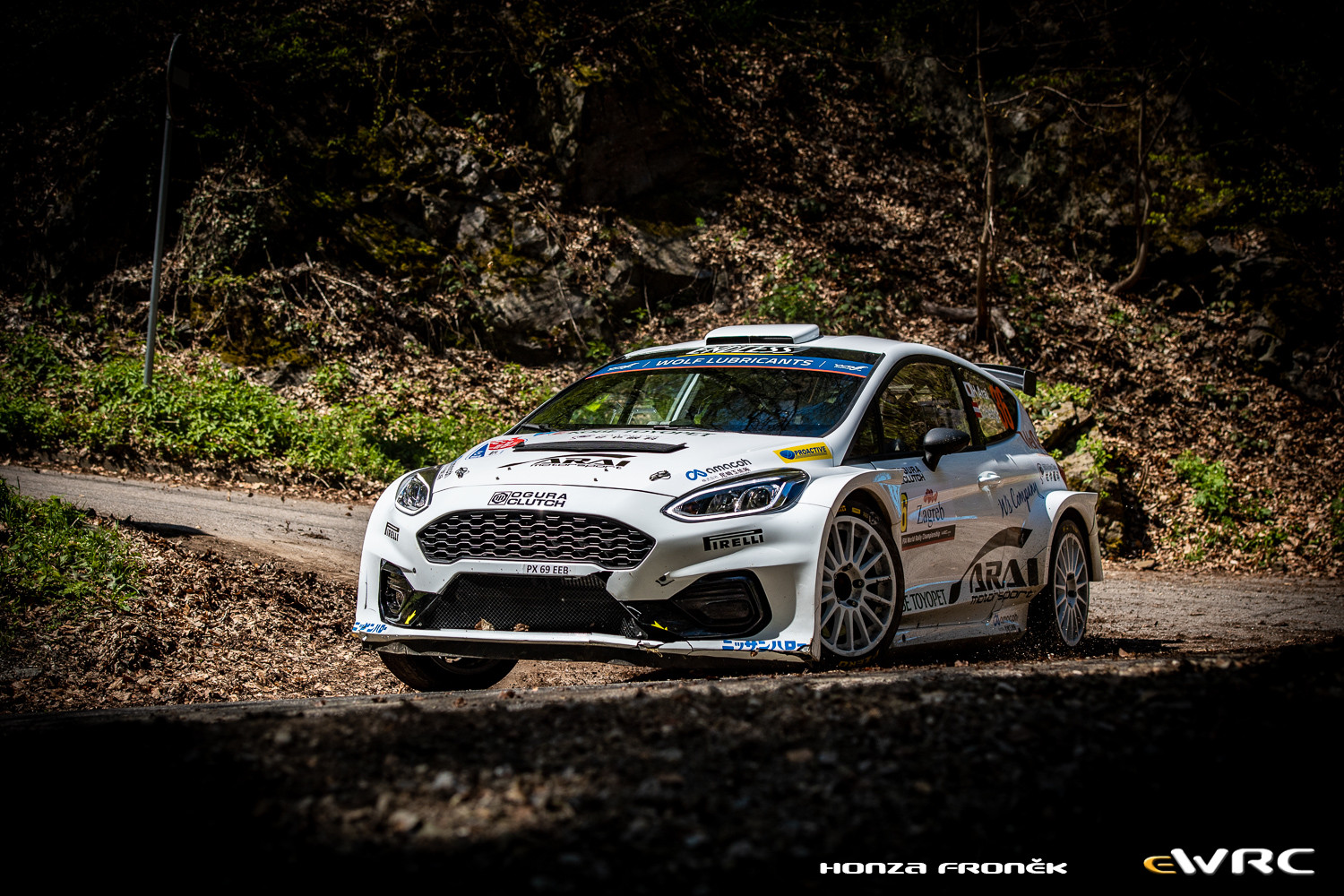 Citroën Racing also presented an important aero modification into the Citroën C3 Rally2. The original design of the front splitter had always caused problems of understeering to the car since it was launched in 2018. The reason was that it was not effective enough, and an excess of air was allowed to flow under the car, causing pressure to increase. The result was higher lift, which is the contrary of the desired downforce. During 2019, the team worked to find a solution, and they modified the rake (inclination of the undercar). By changing the angle, the front of the car got closer to the road surface, thus restricting the amount of air allowed to flow under the car. Mads Østberg confirmed to us that this solution was working satisfactorily during Rally Catalunya 2019. But the team decided last year to go further, and the result is the new modification of the front splitter. The lip has been removed and replaced by a vertical black strip (shown by a yellow arrow in the picture below), which significantly reduces the amount of air allowed to flow under the car, thus increasing downforce. The strip is made of soft material, so it should be more reliable in rough terrains. 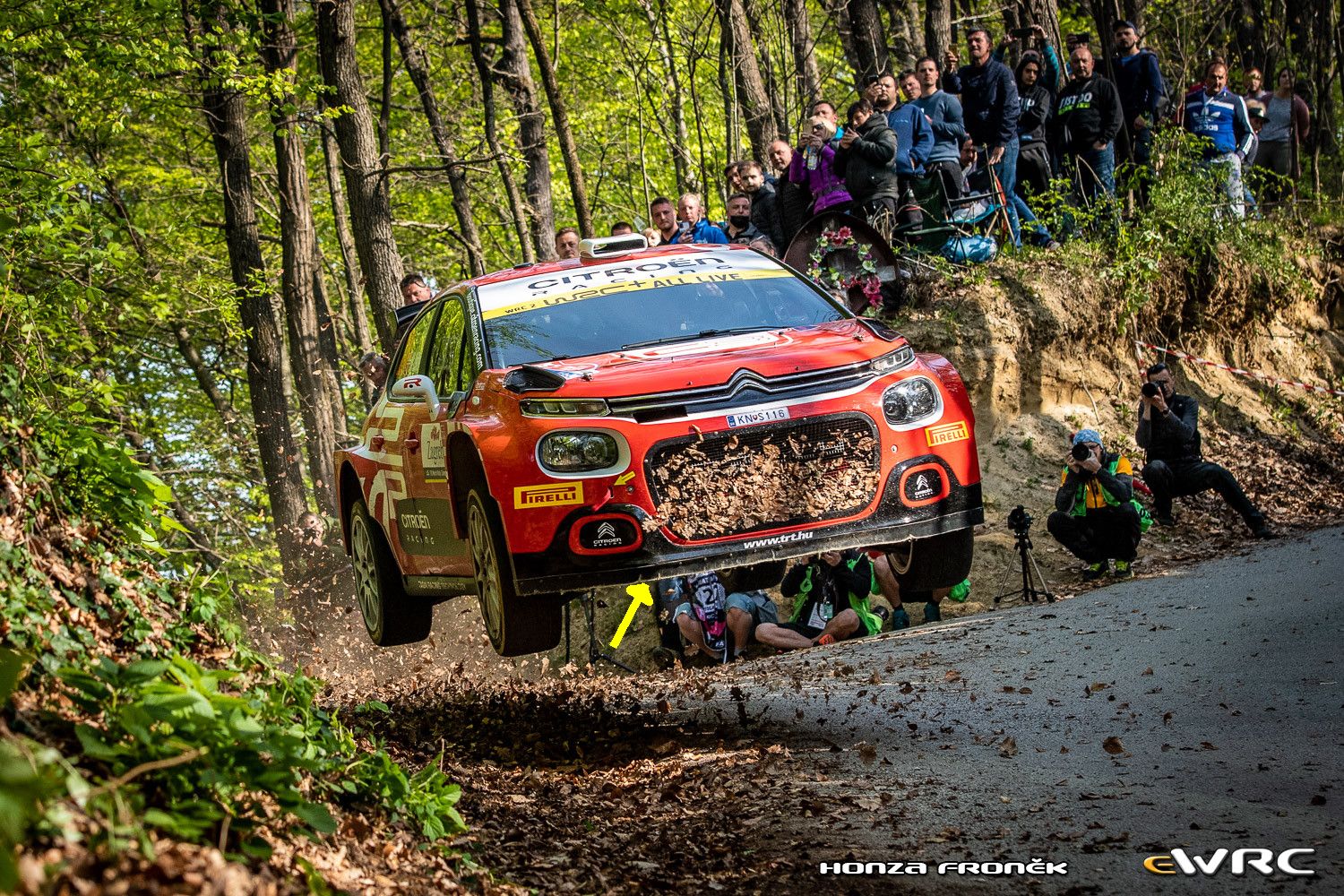 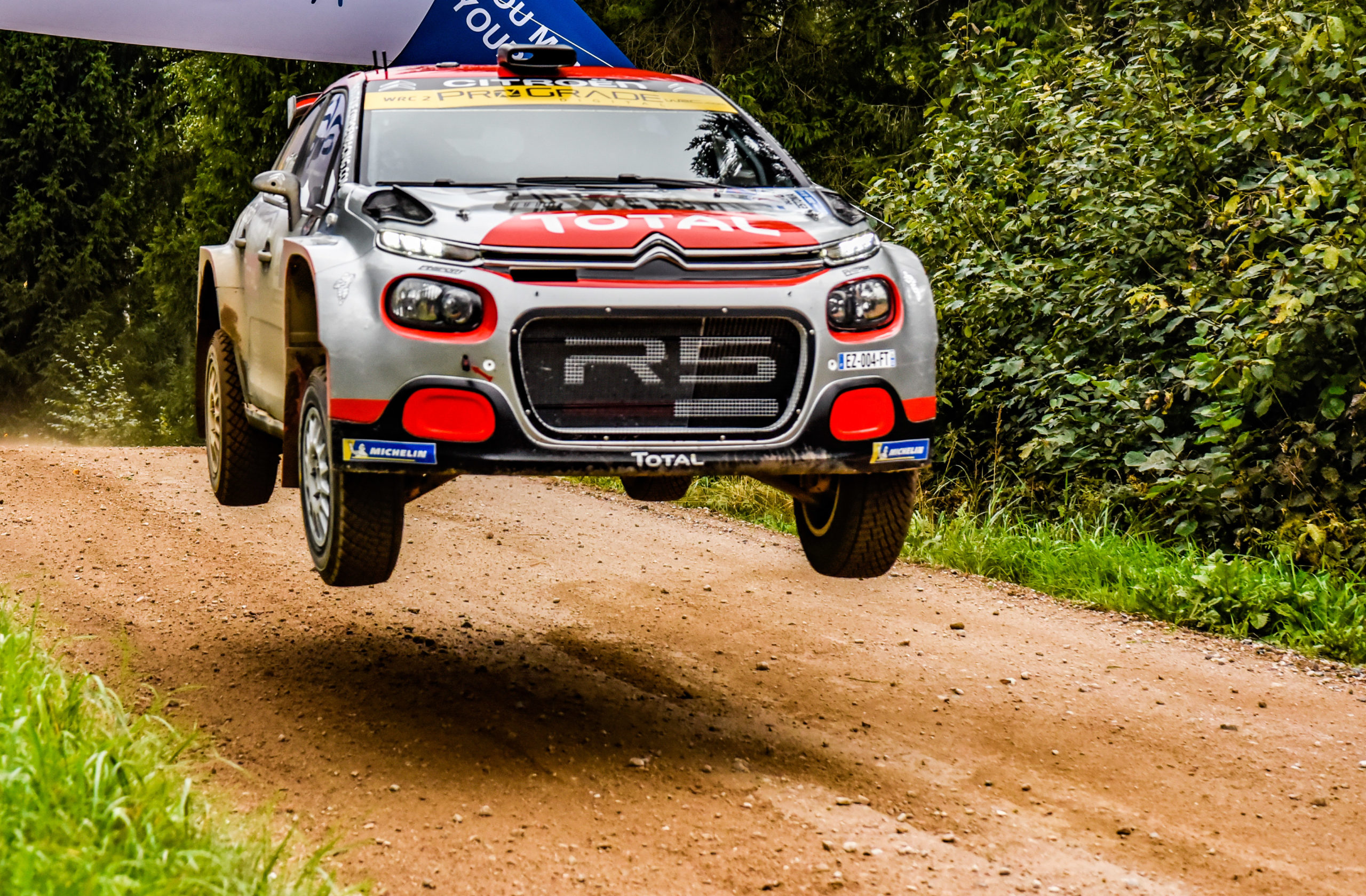 In a very tight ending, the win in Rally Croatia was for the Toyota Yaris WRC of Sebastien Ogier and Julien Ingrassia, but the time differences with respect to Hyundai were always small during the whole weekend, so there is no clear indication that the new aero has represented a big improvement for Toyota, in terms of performance. To confirm this impression, we have reviewed the average speeds on the fastest sections of the three fastest stages of the event. The results are shown in the table below. We have only used results from the second pass, to minimise the impact of road position, and only when all teams were using the same tyre configuration. 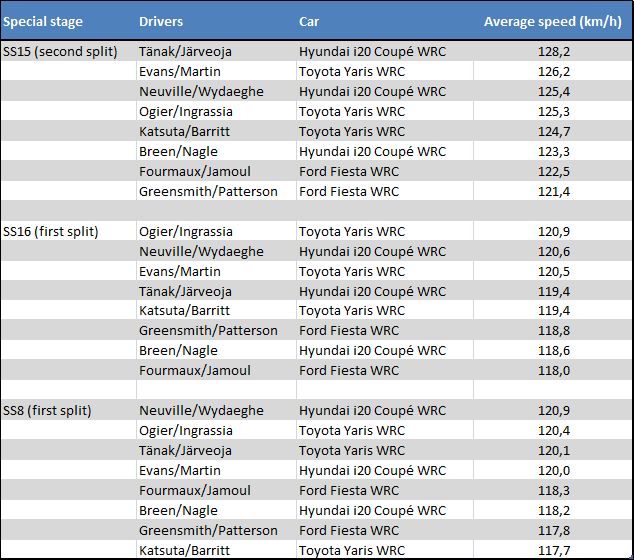 Average speed on the fastest section of the 3 fastest stages of Rally Croatia 2021. Source: wrc.com

The table shows no significant differences between Toyota and Hyundai in the three stages, with drivers from both teams on the top positions in all of them. The average speed is related to several factors, not only to aerodynamics: engine and suspension, to name a couple, also play a significant role. But it is also true that optimal aerodynamics are required to excel on top speed. The fact that no clear trends are observed may indicate that the gain in performance of Toyota due to the new aero is very small or negligible… but always with the (few) results available. A deeper analysis needs to be done after some events, especially those where average speeds are higher (such as Estonia or Finland).

The results show that the Fiesta WRC was slower than Toyota and Hyundai on the fastest stage (SS15), while the differences were smaller on the other two stages. The less-developed aero package of the Fiestas is probably behind these differences, especially on SS15.

In spite of being run in springtime, leaves were again present on some Croatian stages. And even though teams included the usual leave protection, such as the Fiesta WRC under the plate… 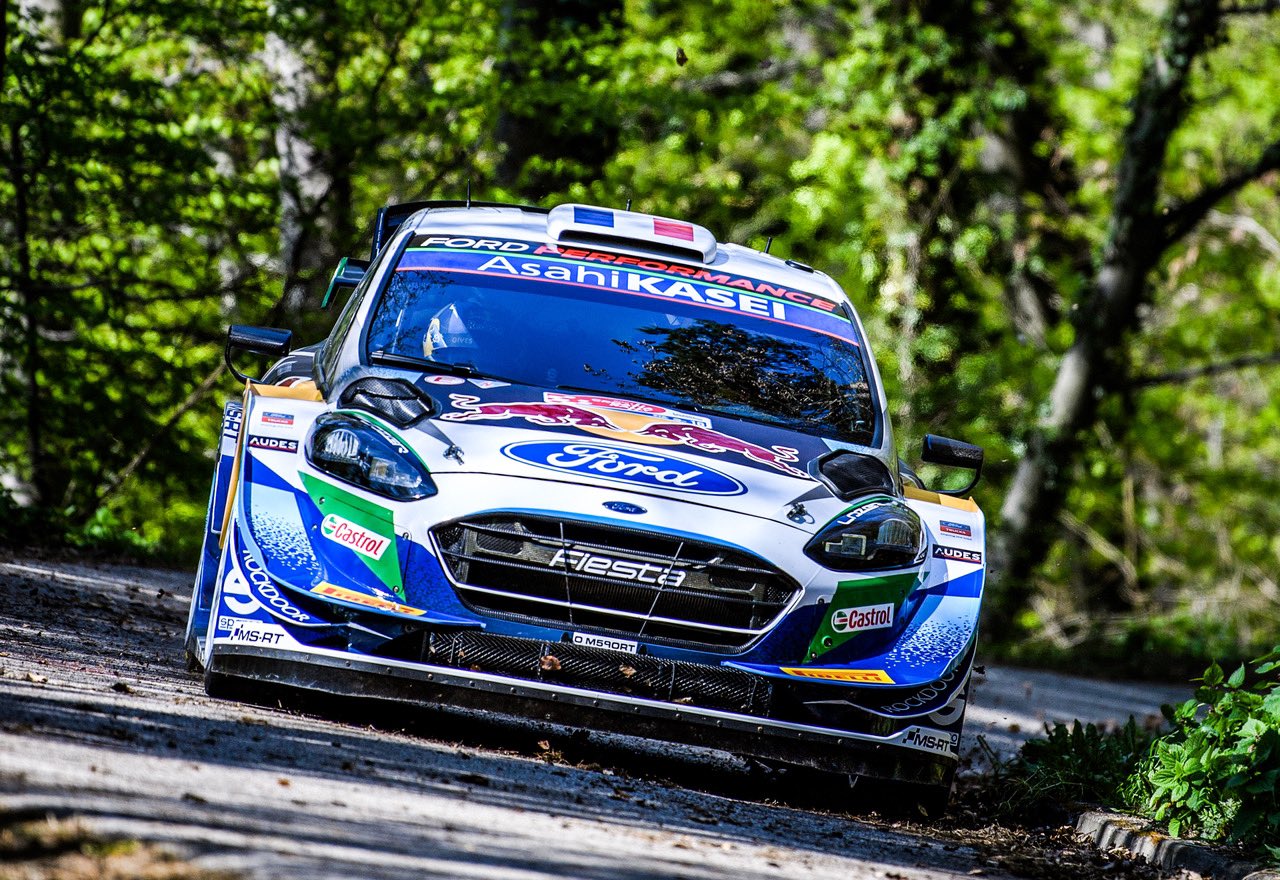 …the result was less than satisfactory, as leaves still accumulate at the air inlet of most of the WRC and Rally2 cars, potentially causing cooling issues in the engine and front brakes. But leaving very nice images too, from a nice event we hope to find again in the WRC Championship calendar in the next years. 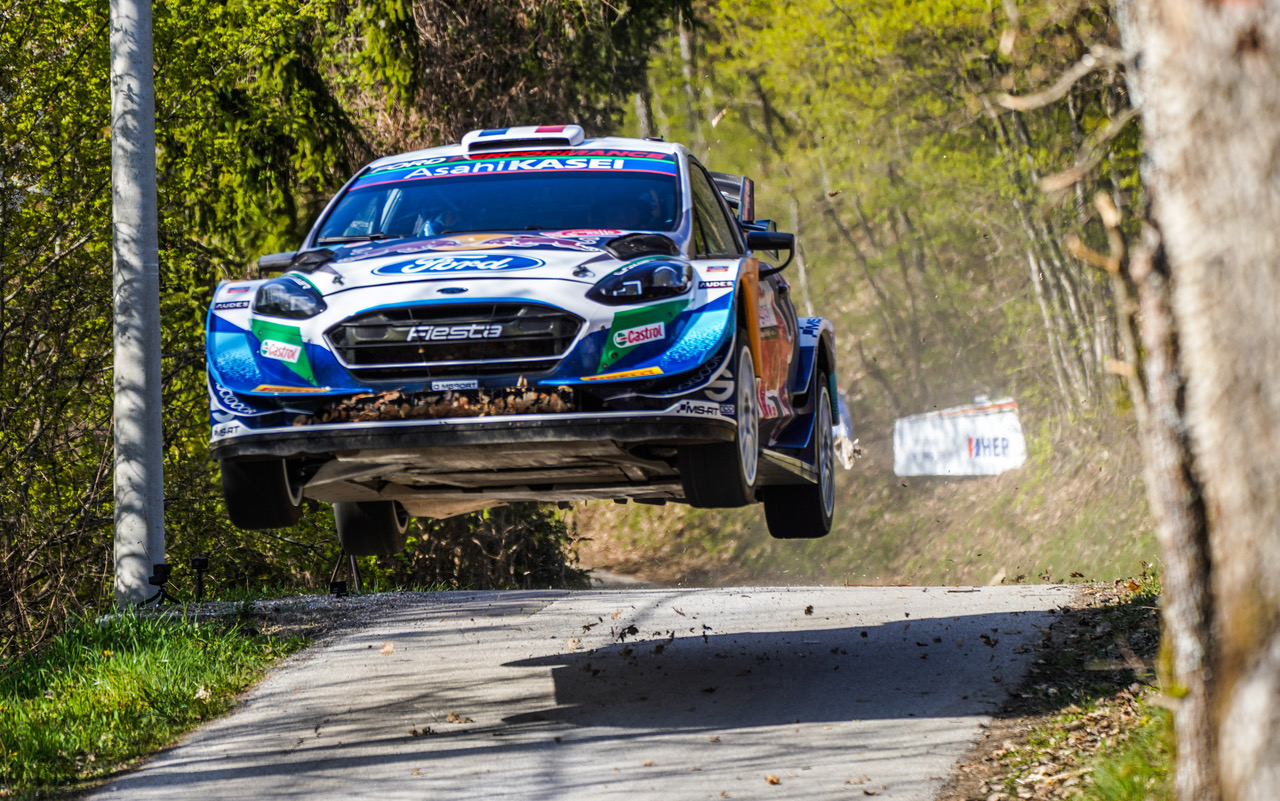 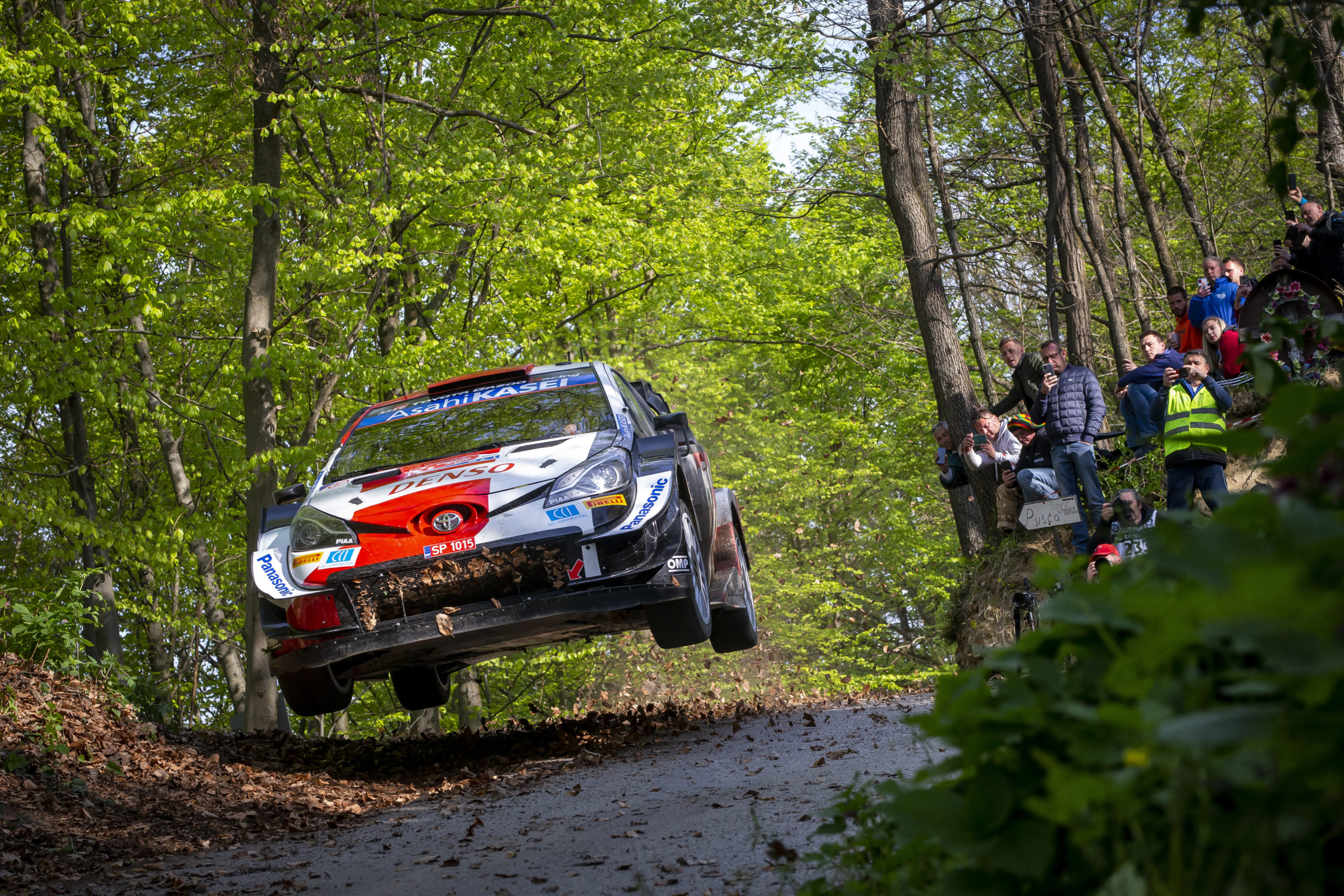 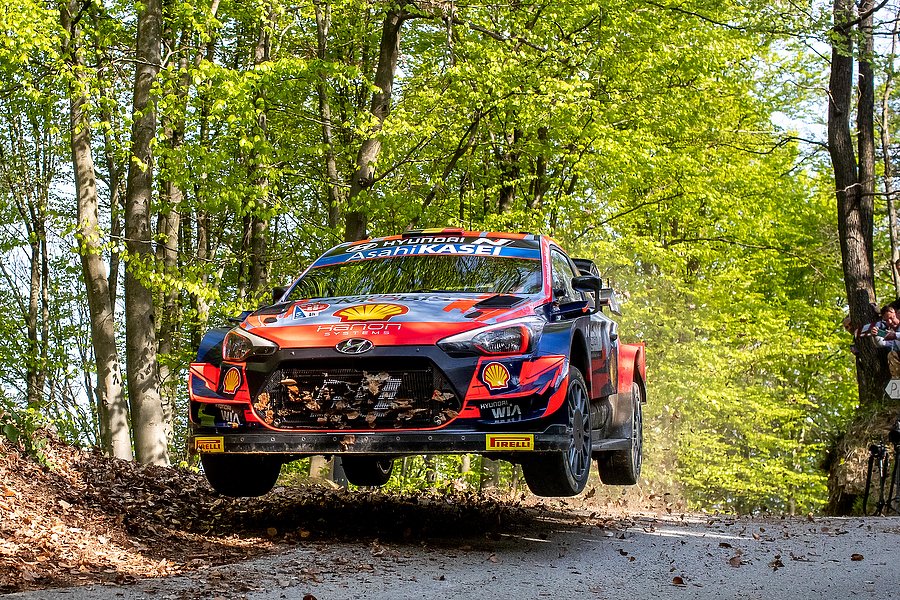 14 thoughts on “Aero innovations at the Rally Croatia 2021”