After MSport, images from the 2022 WRC cars (or mule test cars) have been released through social media. All three teams have declared to be testing the new hybrid units, which constitutes the main modification for next season. For this reason, MSport and Toyota are using mule test cars, while Hyundai has started working with the new car (i20N), but stripped of most of the aero parts. One of the main concerns in this initial stage of the development test season of the 2022 WRC cars is to evaluate the hybrid unit performance, and this includes designing an adequate cooling system to keep it working at the optimal temperature range. 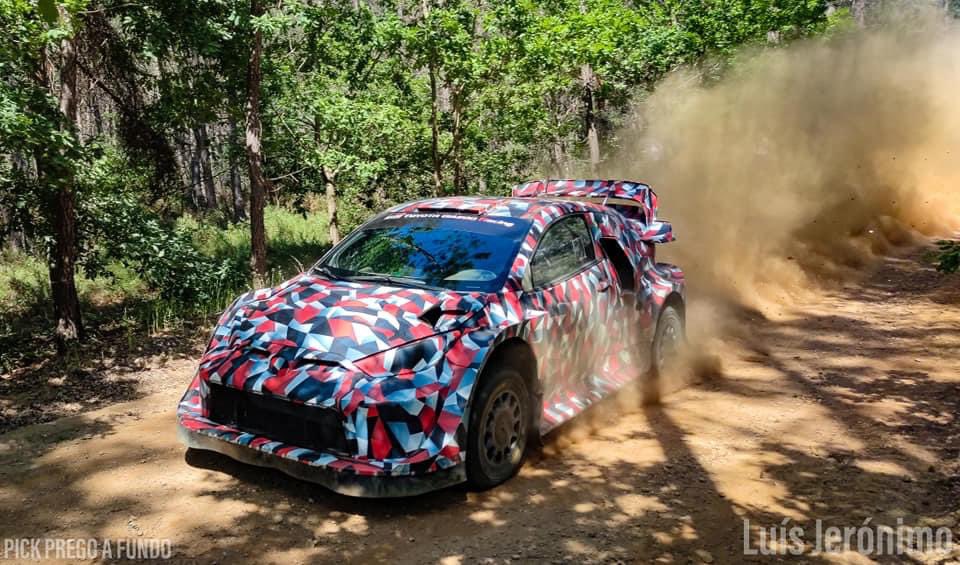 The location of the hybrid unit at the rear of the car, as per FIA designation, recommends installing the radiators also at the rear of the car, for what the cars have been modified to force an adequate amount of fresh air entering into the car’s rear. MSport also showed their initial design in the car used in the test developed near Barcelona some weeks ago, consisting of a rounded intake, located at the height of the rear of the door’s handle.

The side air intakes in the Toyota’s mule test car are bigger in size than those of the Fiesta. They are rectangular and reach up to the center of the rear window. Due to their bigger size, they ensure a higher amount of fresh air to enter into the rear of the car, but also a bigger drag (air resistance) due to the higher front area. 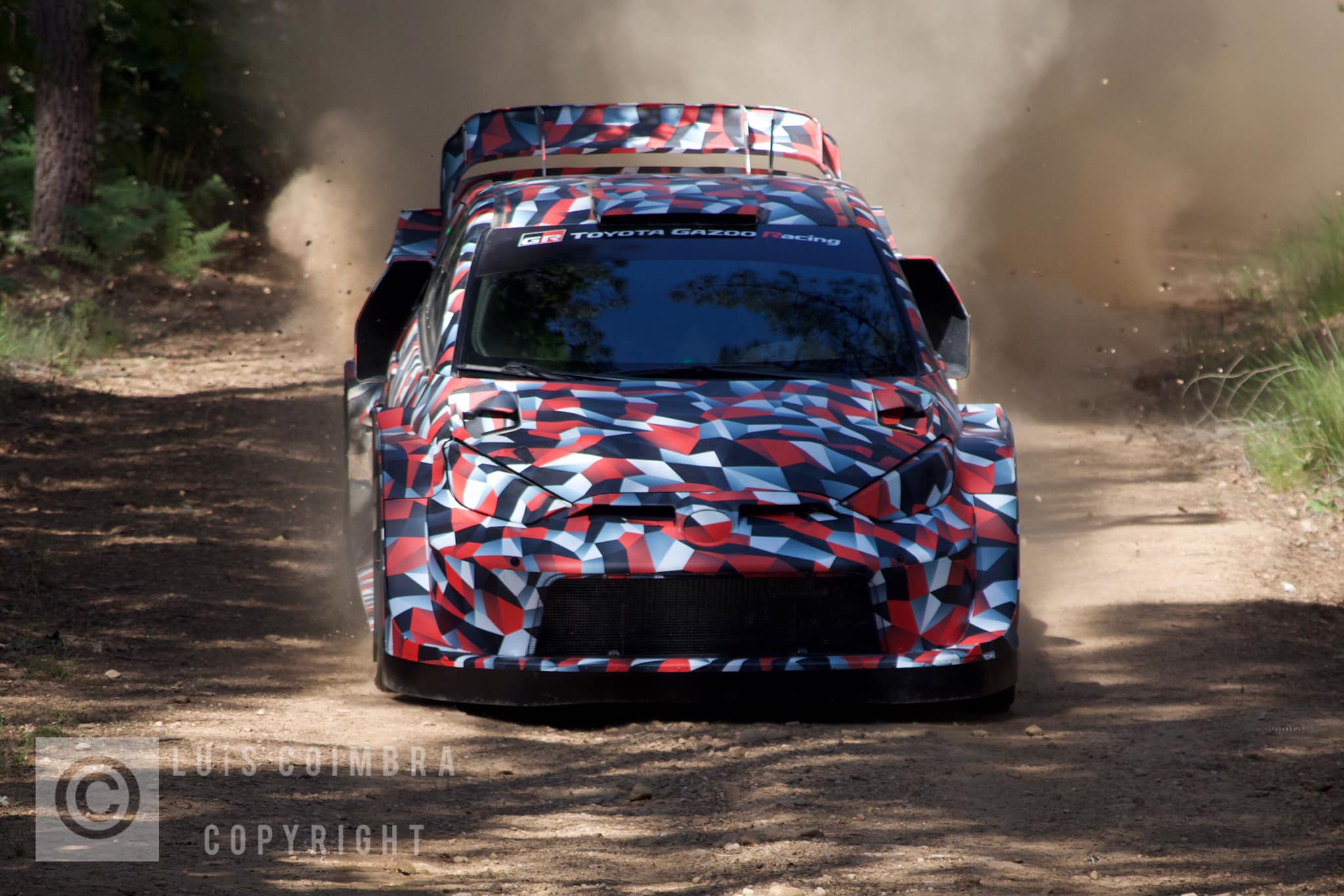 The Hyundai i20N car seen in the first test developed in the south of France included a third side air intake alternative. It was positioned at a higher position, in the location of the side window. It is a perfectly rectangular opening, and the pictures suggest that it has a smaller area than that of the Toyota, thus the air flowing on both sides of the car (and the rear wing) would be less perturbated. 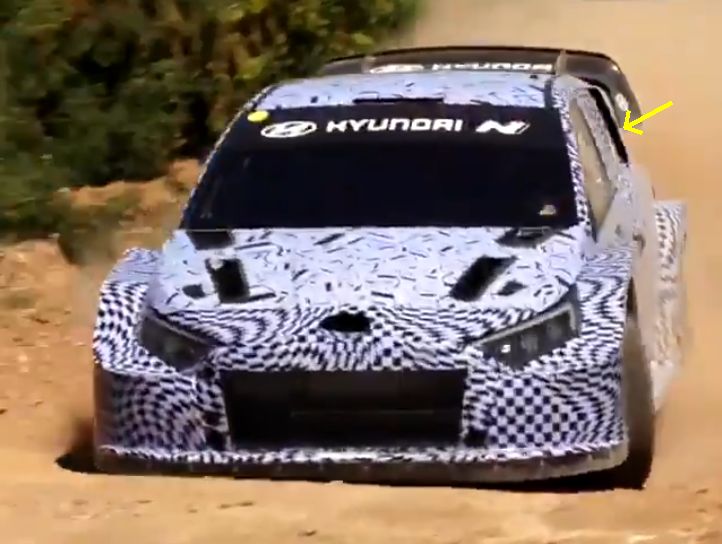 The shape and location of these air intakes will surely change with the design of the new cars. In their current location, they have a significant impact on the efficiency of the rear wing, as they represent an obstacle for air flowing on both sides of the car. If less air reaches the side winglets of the rear wing, less downforce will be generated. And with the aero restrictions planned for 2022, any gram of downforce will be more than welcome, so the disturbance over the rear wing of the air intakes will have to be minimal.

The main objective in this initial stage of development is to ensure that enough air enters into the rear of the car to ensure adequate cooling of the hybrid unit. Once this objective is achieved, teams will work on the design of the air intakes to reduce the drag and their impact over the rear wing, as well as to minimise the pressure drop of air entering into the car, as the cooling efficiency depends on both (amount and pressure of air). Then, we will probably see more developed air intakes, similar to those used in Rallycross Supercars, such as we already reviewed in a previous post. Some of them are shown in the picture below. Note that they are all located at a lower position with respect to the initial proposals of WRC teams, and with minimal impact on the air flowing towards the rear wing.

The air used for cooling the hybrid unit is removed in all three cars by a rear vent. The main difference is in the location of the rear vent. MSport included the vent in the upper part of the rear bumper, which forced them to relocate the exhaust gas pipe exit, as shown in the picture below. 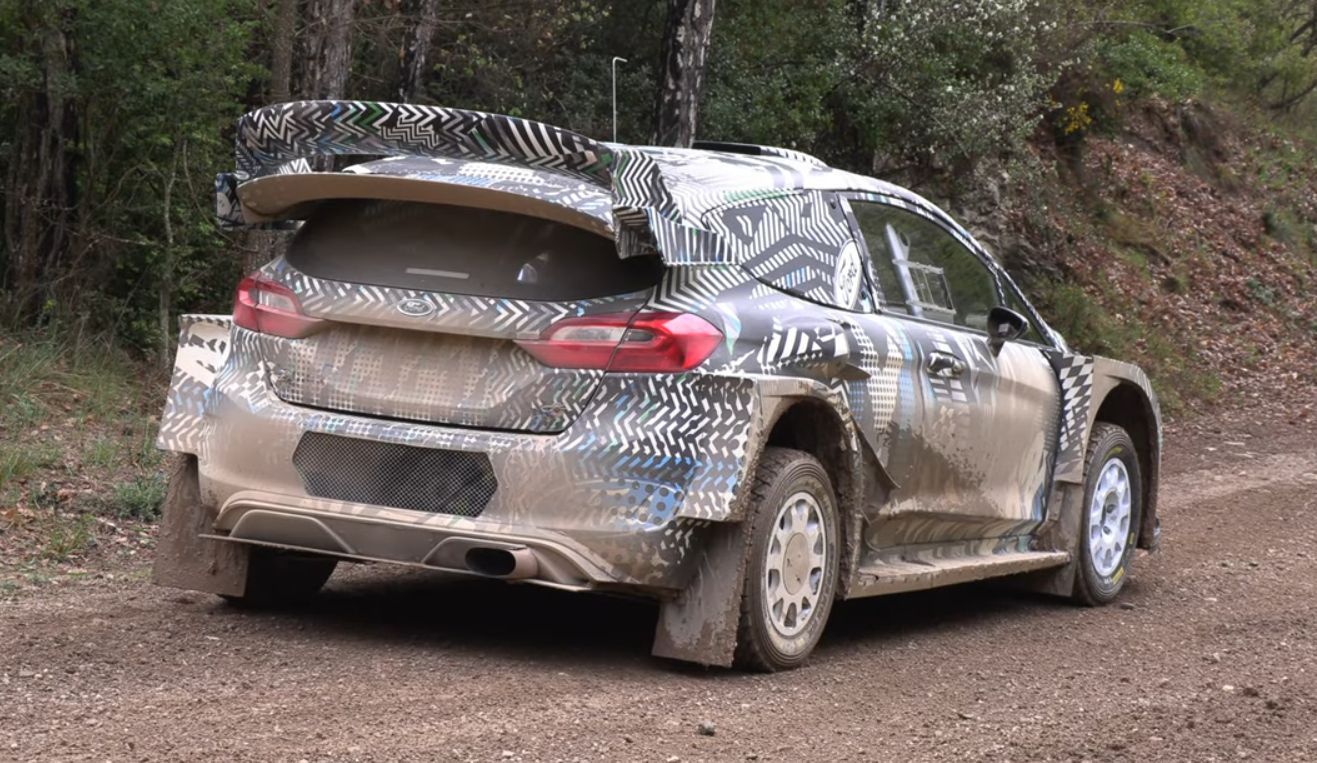 Both Toyota and Hyundai have located the rear vent to a lower position: at the location of the (now forbidden) rear diffuser.

To remove the hot air from the rear of the car, fans are placed behind the radiators. This solution is also used by all the RX supercars withth rear radiators. The picture below shows the use of one (Audi S1 RX), two (Renault Megane RX, Hyundai i20 RX or Peugeot 208 RX) or three (Mini RX) fans for this purpose.

The solution implemented by Toyota and Hyundai follows the same principle of the exhaust blown diffuser, that is, to combine the energy from the air coming from the rear radiator fans with the energy of air removed from under the car (now without the beneficial effect of the rear diffuser). 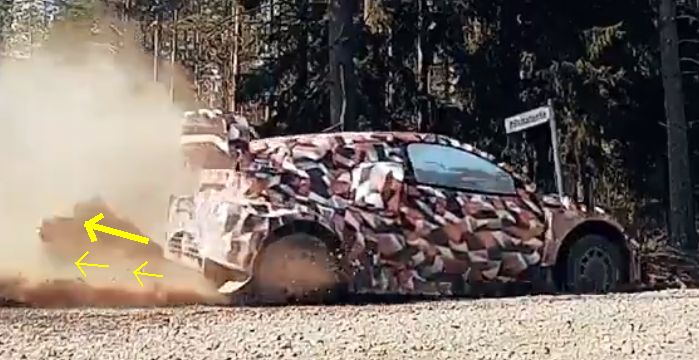 The result is a faster removal of air at the rear of the car (car’s wake) that translates into lower pressure, thus generating more downforce in this area. Also, drag can be reduced with a faster wake. It is a wise solution due to the lack of downforce caused by the removal of rear diffuser in the 2022 WRC cars, by regulation.

Once the hybrid unit cooling solutions are fully evaluated, the rest of the car, aero parts included, will be added by teams, hopefully in the next weeks. And we will review them, as usual.