A classic event in the history of the Rally, the Safari Rally Kenia made a great return to the World Championship last weekend. With shorter and slower stages than those usually run in the 90s, aerodynamics became much less important. The rough conditions and mostly dry stages forced the teams to use the maximum hide ride height of the cars, to avoid hitting rocks and irregularities, minimising the advantage of most of the aero parts of the cars (especially those on the lower half of the cars). Even so, cooling issues were a major headache for the teams.

Protection against animals and rocks was one of the main concerns of the teams before the start. FIA did not modify the regulations affecting the WRC cars (while they did it for Rally2 cars) and the addition of special front guard protection and snorkels was not allowed. Toyota Team Principal Jari Matti Latvala confirmed to DirtFish, that extra cost was behind this decision. But, he also expressed his concern that something had to be done, because of the chance of finding animals in the stages. That’s why Toyota introduced additional protection to the front grille of the Yaris WRC, consisting of crossing wires. The team had already tested them during Portugal and Safari pre-event tests, and they were used during the whole weekend, except in SS1. 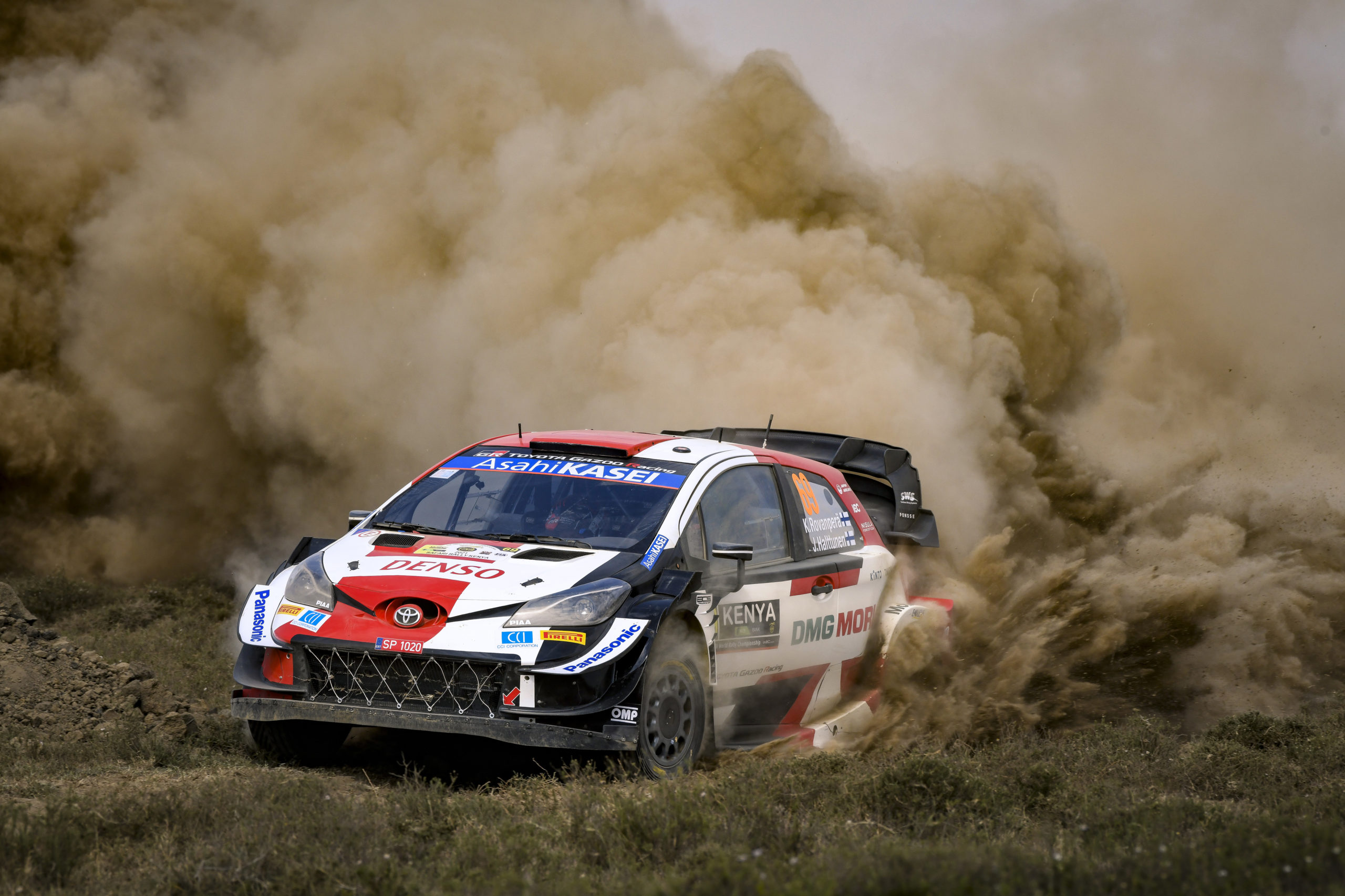 Fortunately, there is no report of any animal was hurt, although some probably were highly scared by the close presence of the cars. With the same purpose, Hyundai added some protective bars in front of the radiators, behind the front grille. 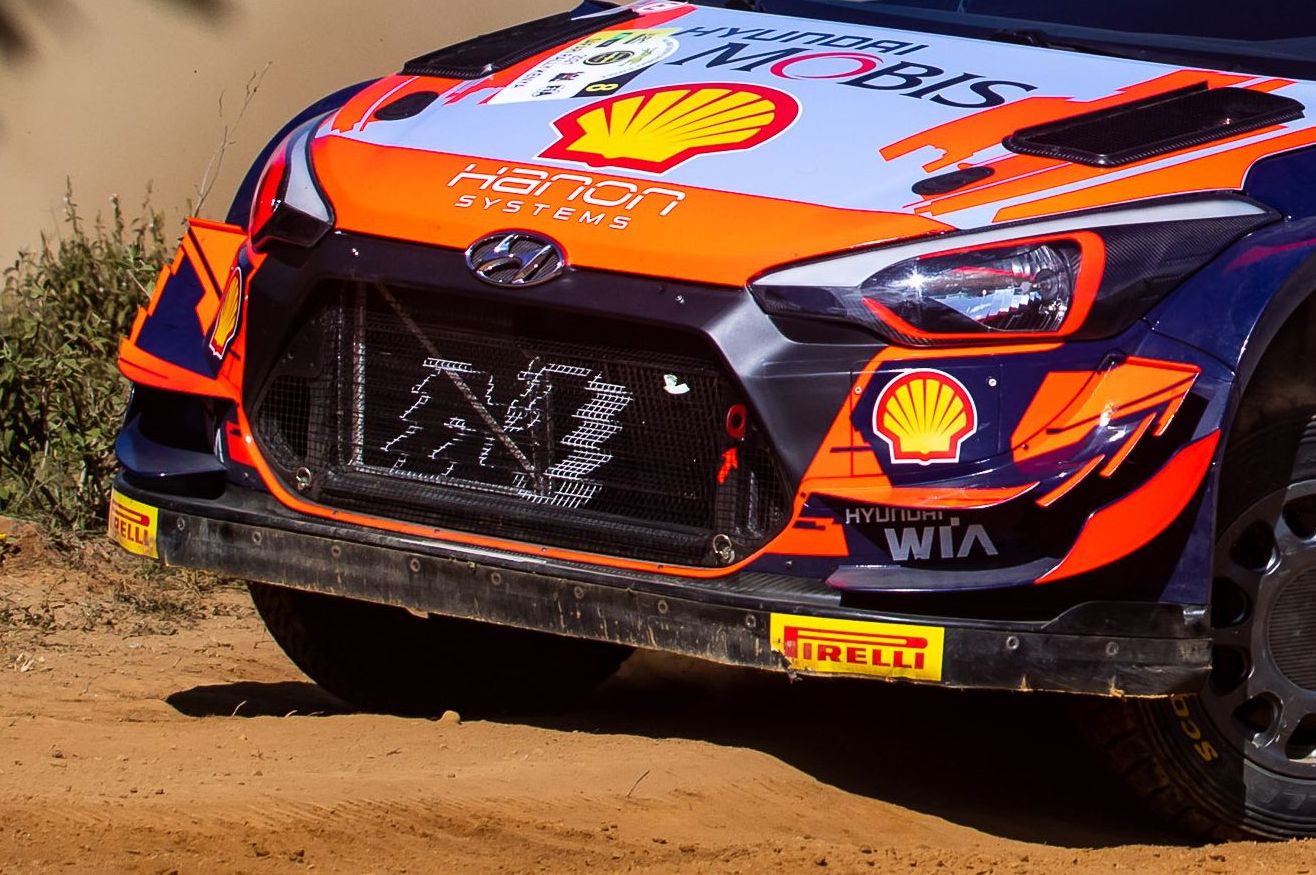 They also reintroduced the front grille protection system, consisting of a set of inclined perforated plates, already seen in previous events, where leaves were a problem. 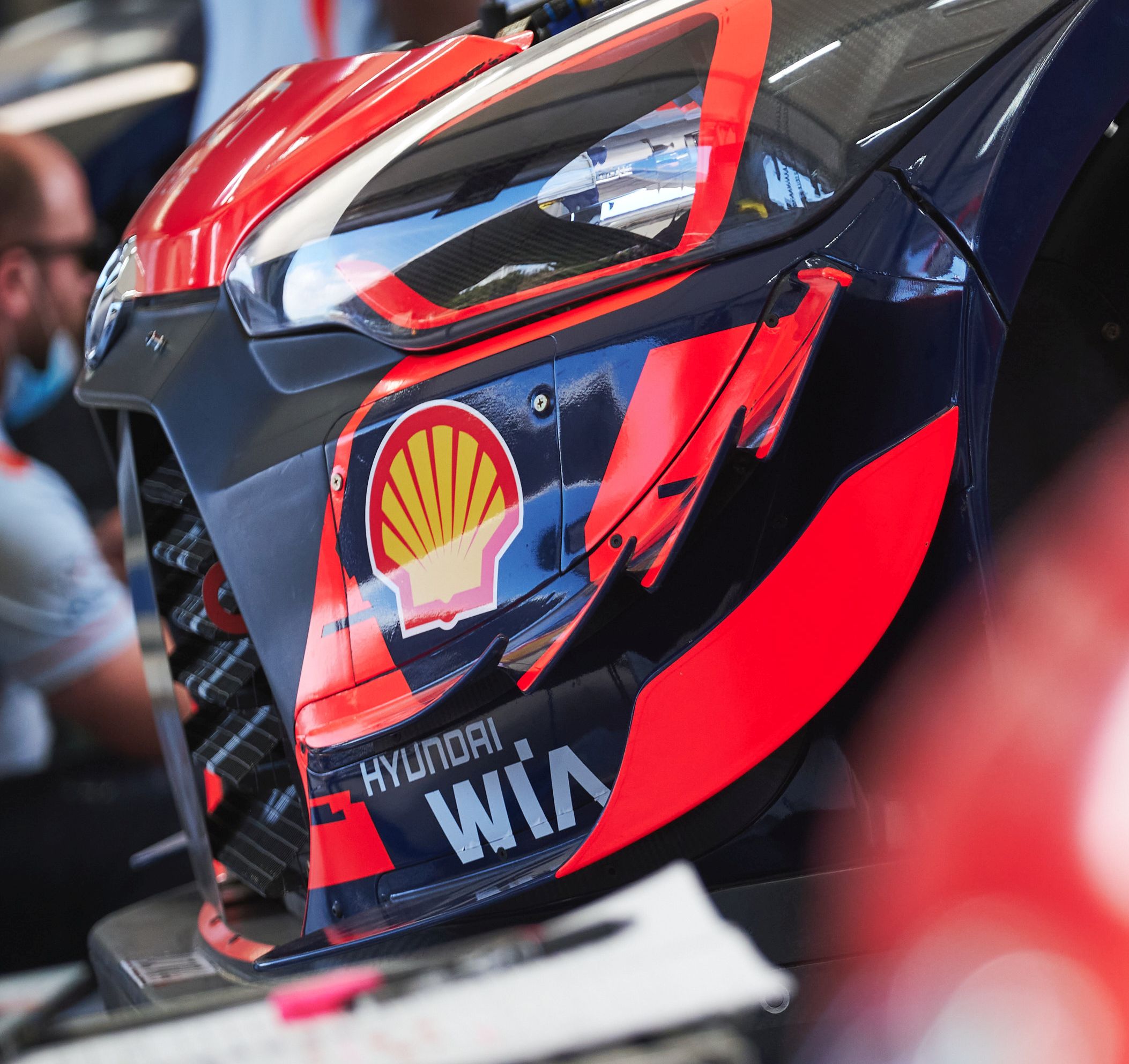 The presence of dust and sand (fesh fesh) also forced the teams to take additional measures to prevent them from entering into the cooling circuits, thus reducing its cooling efficiency, such as the filter installed in the air intake for rear brake cooling in the Hyundais i20 Coupé WRC, as shown in the images below. 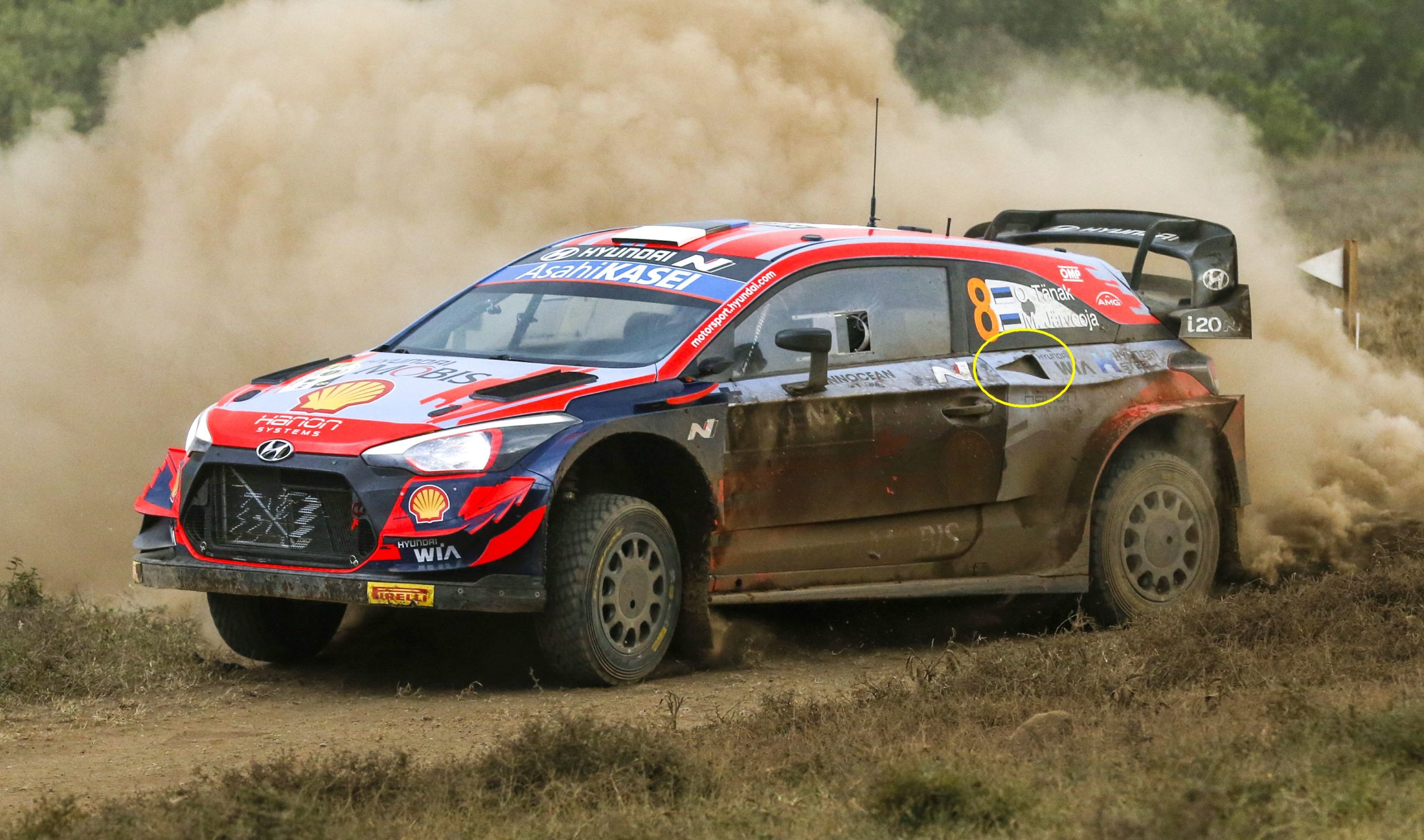 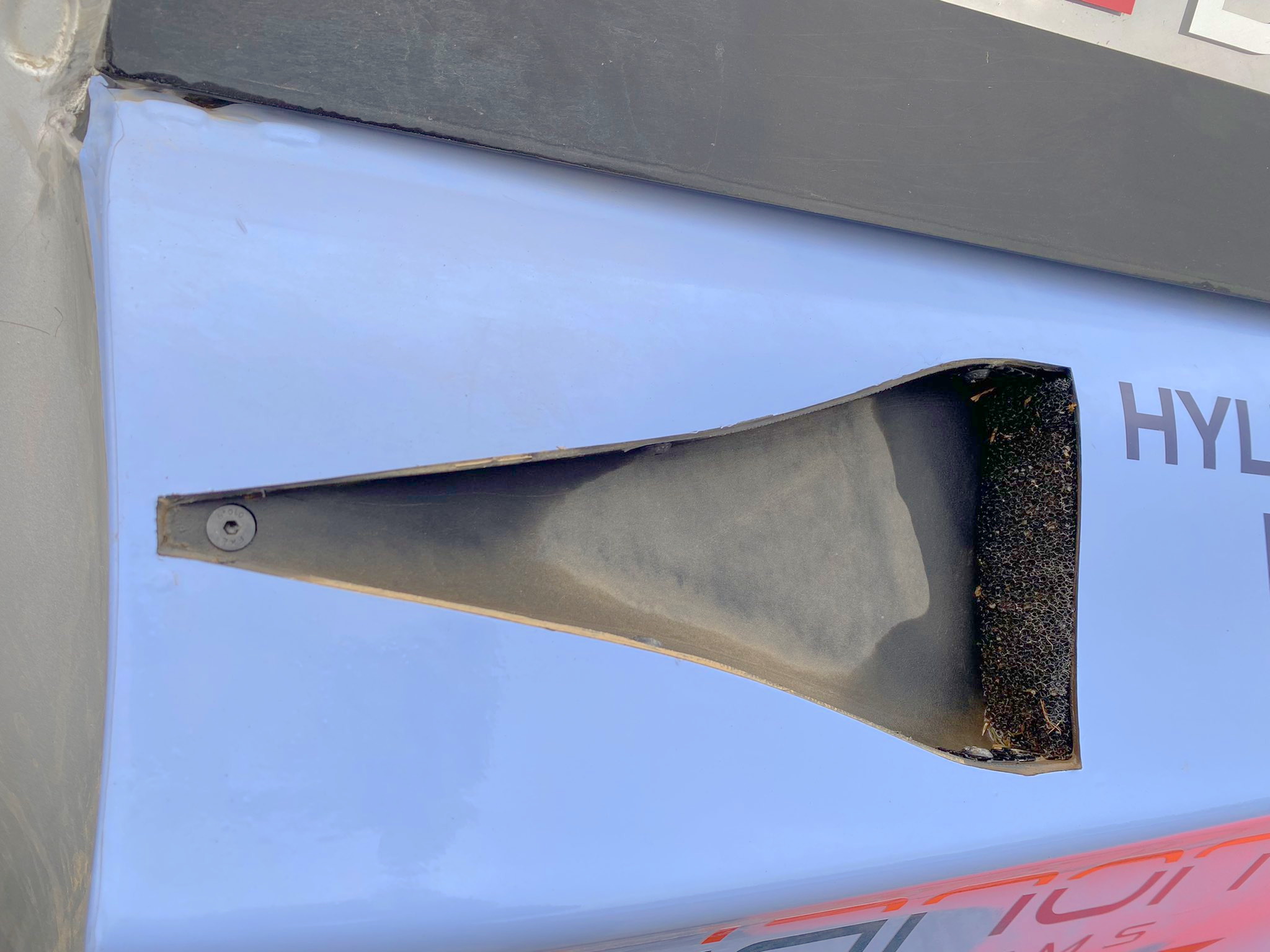 The Ford Fiestas WRC of MSport started the rally with a simple grill protection at the front grille. 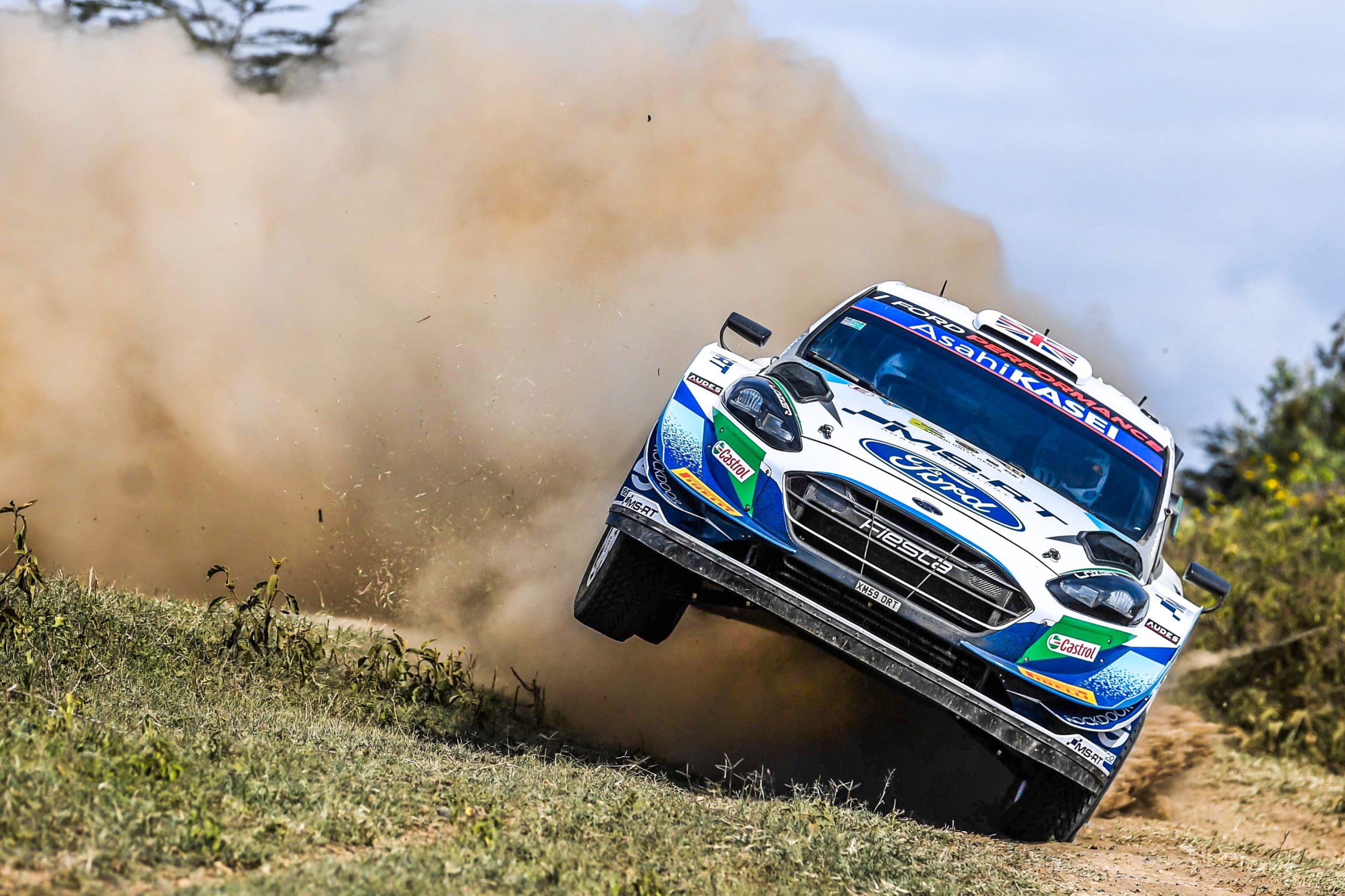 But plant debris and fesh fesh still accumulated in the front grilles, causing high engine temperature episodes (such as Ogier/Ingrassia suffered at the end of Friday) due to insufficient airflow reaching the radiators. 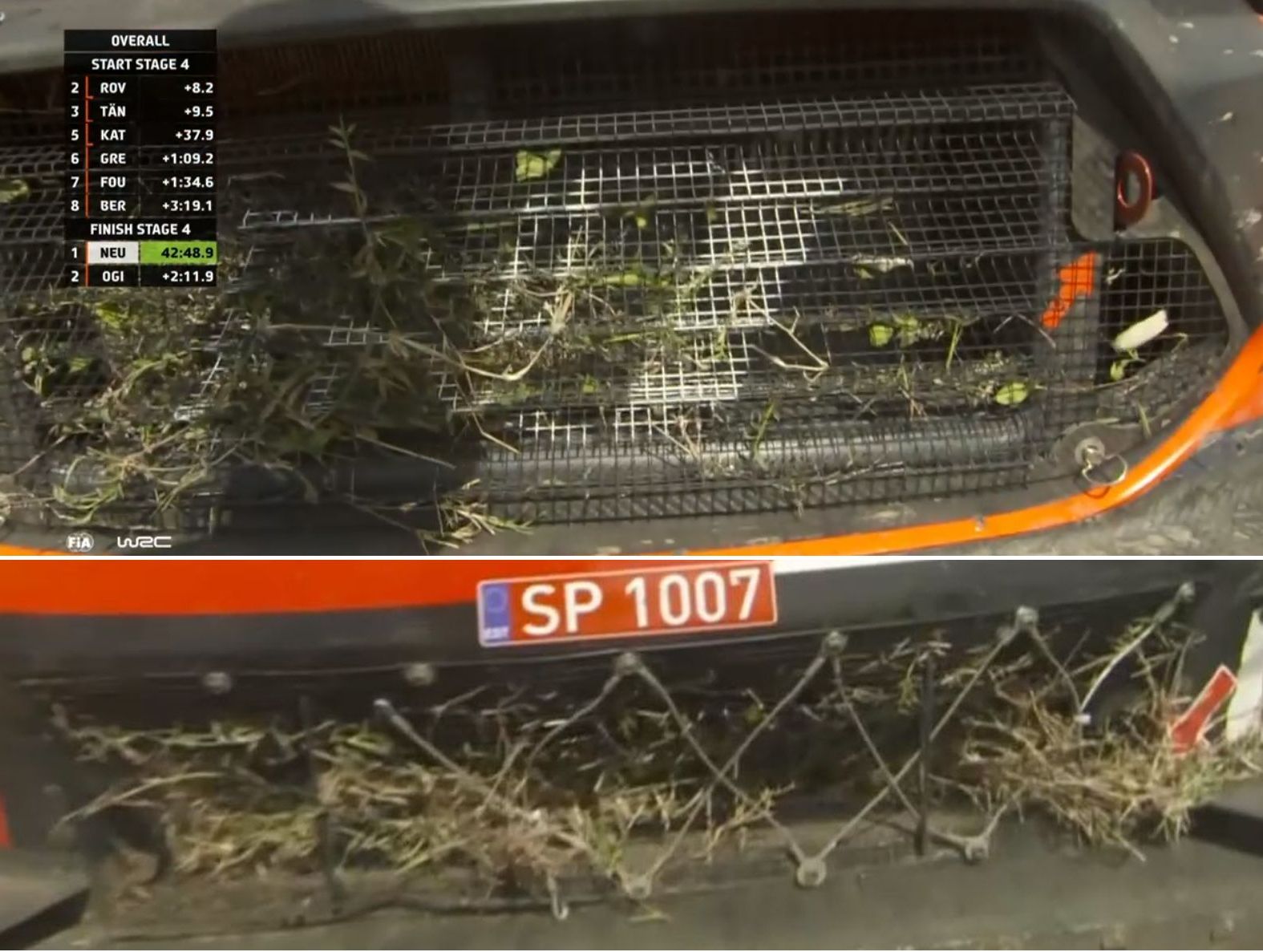 These problems forced the teams to take additional measures: Toyota added a horizontal plate on the lower part of the front grille, as shown in the picture below, to prevent fesh fesh entrance into the space ahead of the radiators. 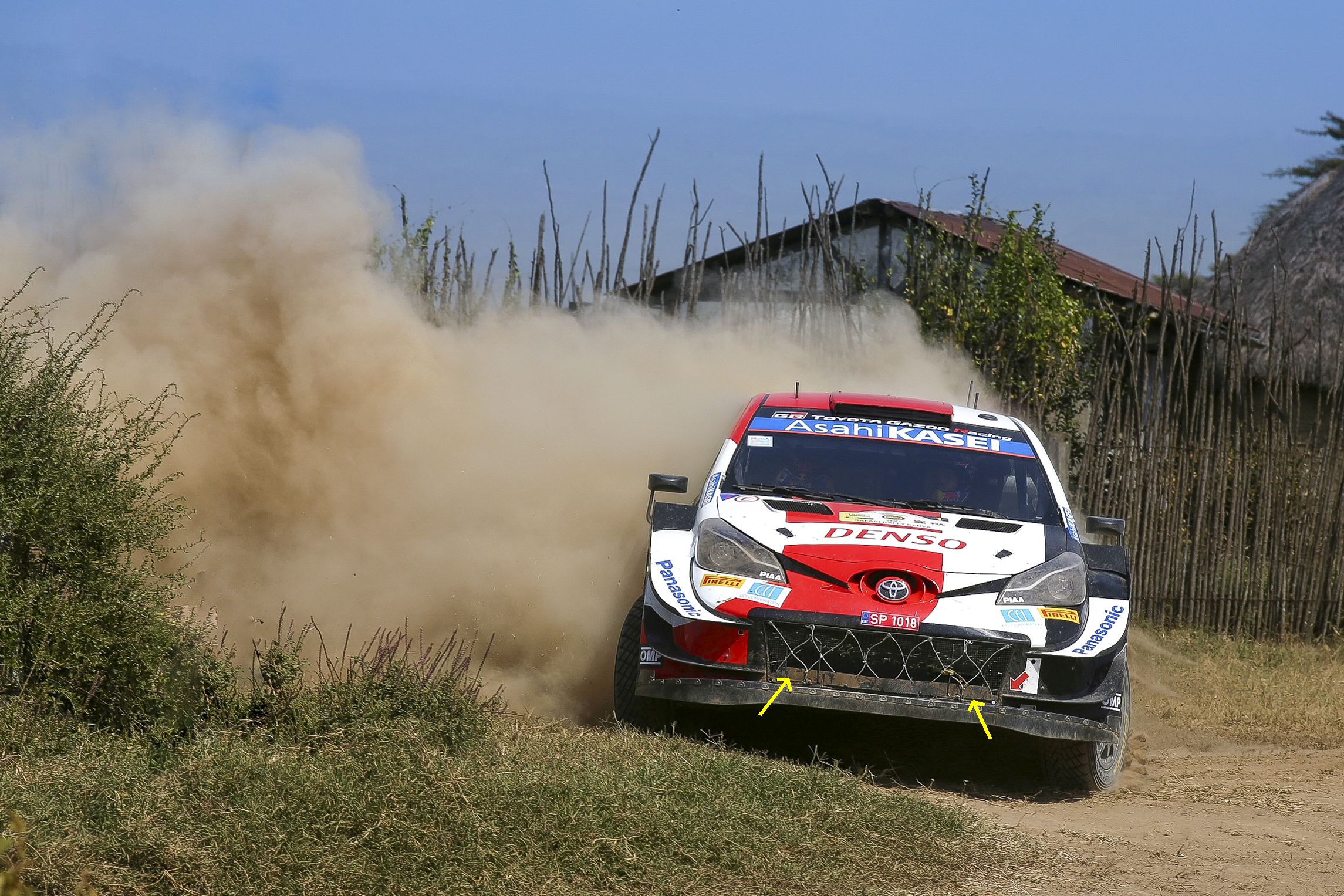 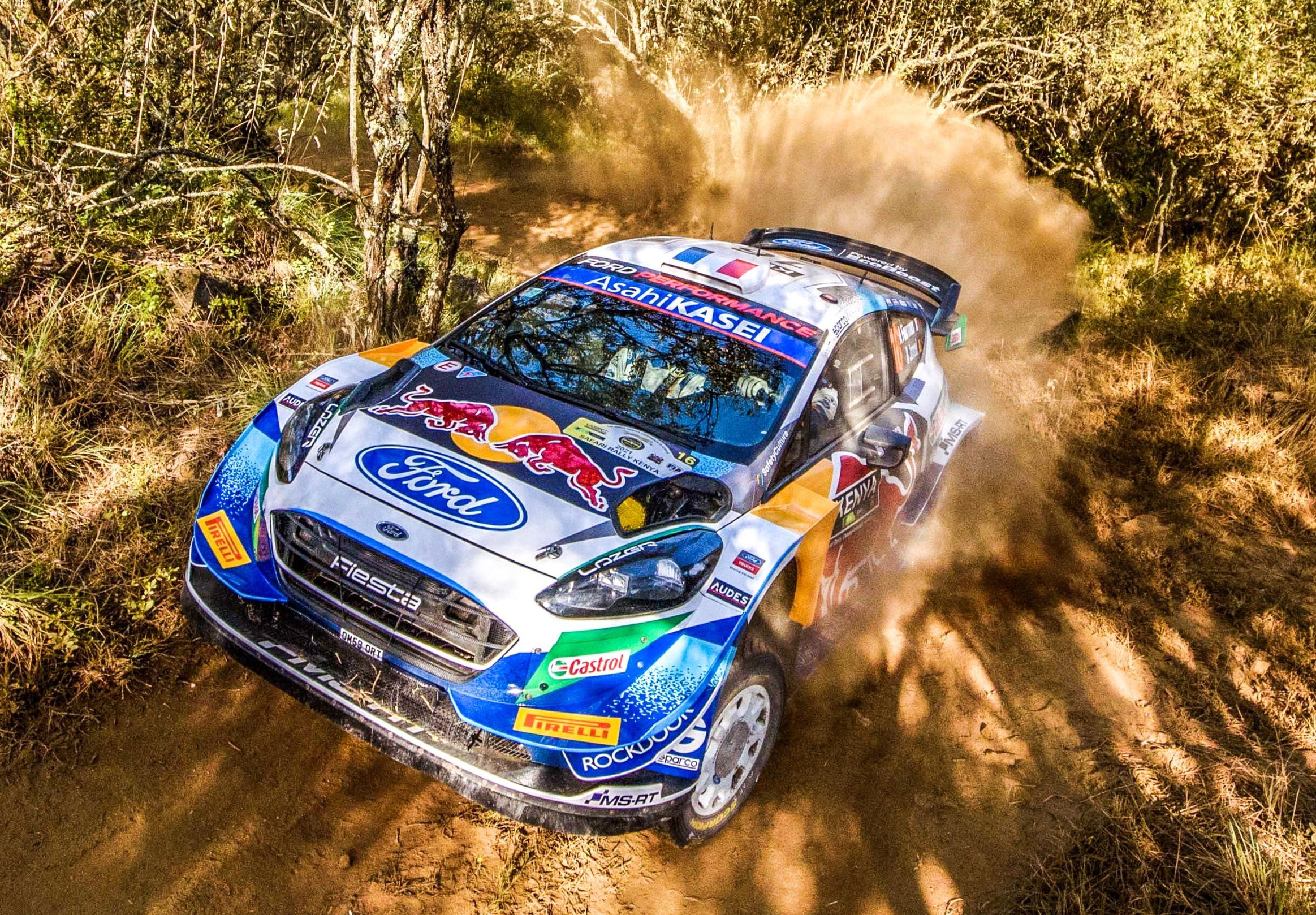 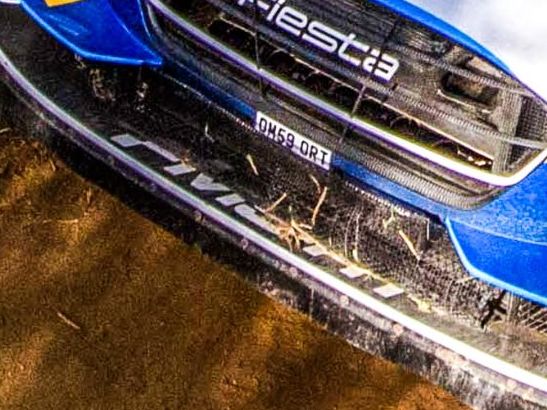 The route of Rally Safari 2021 included only a few water crossings, with a limited amount of water, for which snorkels were not justified. But the high presence of dust would have made them still recommendable, as they allow to feed cleaner air to the engine. That’s possibly the reason why still some experienced drivers, such as the 5-time Rally Safari winner Carl ‘Flash’ Tundo and Tim Jessop included it in their Volkswagen Polo GTi Rally2 during the event. 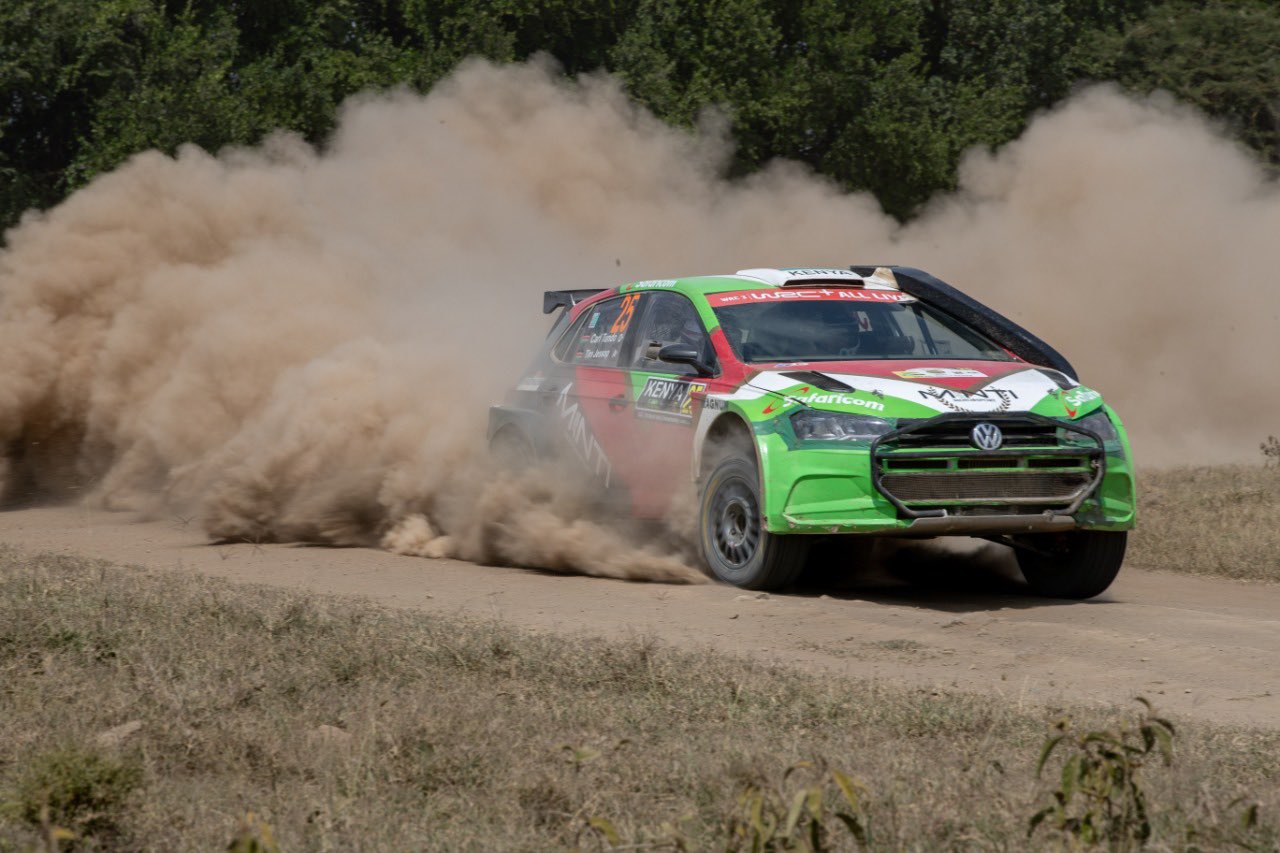 As usual in most of the gravel events, the presence of dust composed beautiful images of the cars’s wakes, this time yet improved by the beauty of the Kenyan landscapes and wildlife. 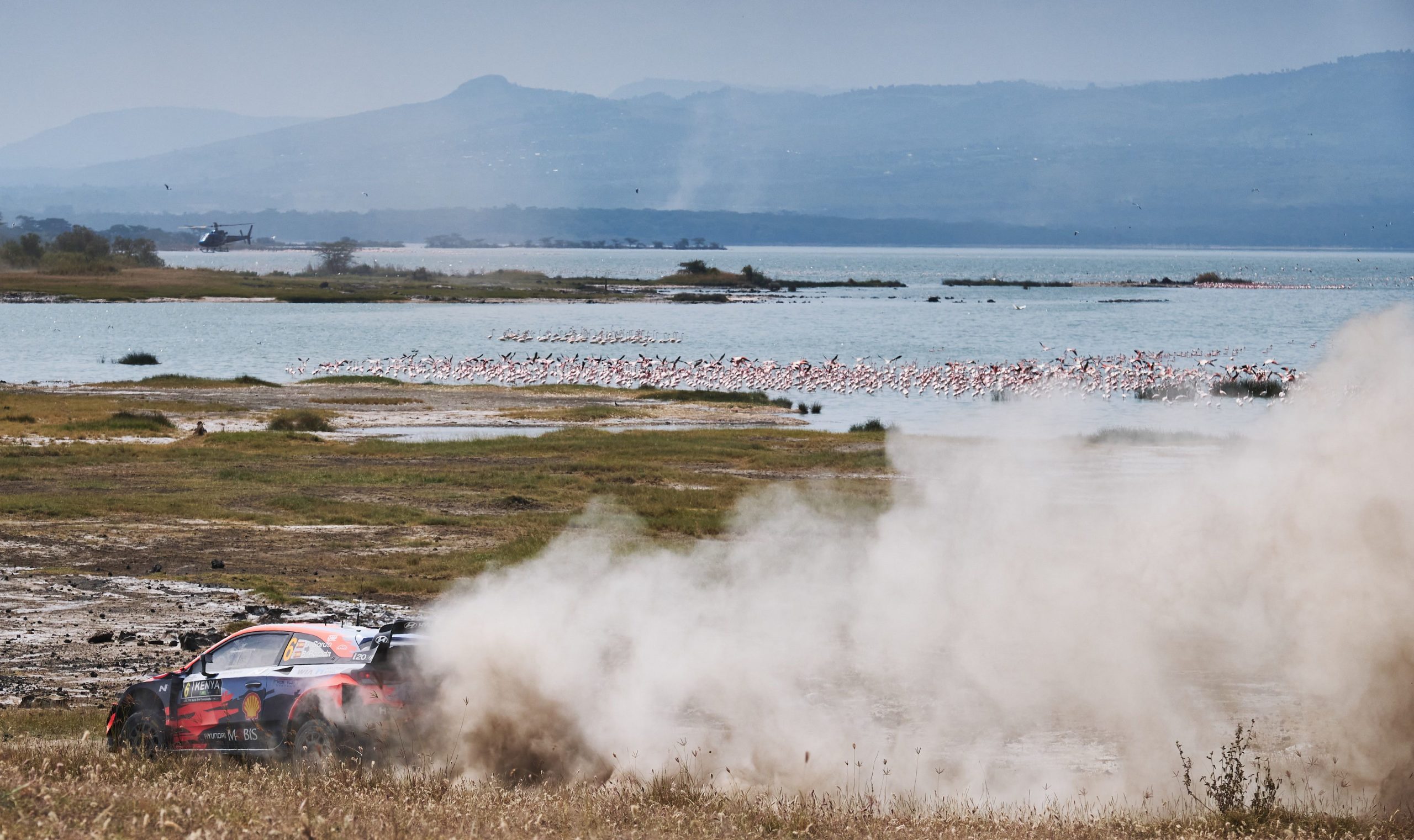 4 thoughts on “Cooling issues at the 2021 Safari Rally”