Last week some images of the development test of the 2022 Škoda Fabia Rally2 were published on social media. The images showed details of the new rally car, based on the already seen road car, and which will be introduced in competition in the next year. Even though it is at this early development stage, already some conclusions about the aero design of the new car can be extracted.

The 2022 Škoda Fabia Rally2 car is based on the fourth generation of the Skoda Fabia, to be commercialized in 2022. The new car grows in all dimensions, while the weight remains almost unchanged. It is 111 mm longer, 48 mm wider and it has a 94 mm longer wheelbase than its predecessor.

The Škoda aerodynamics team has carried out a huge effort to improve the aero qualities of the new road car. The result is an impressive reduction in air resistance: the drag coefficient has been reduced from 0,32 (3rd gen.) to 0,28, that is, an impressive 12,5% reduction (always according to the figures reported by the Czech manufacturer). To reach such a reduction, multiple solutions have been developed with the aid of (CFD) computer numerical simulations, developed during the last 3,5 years. 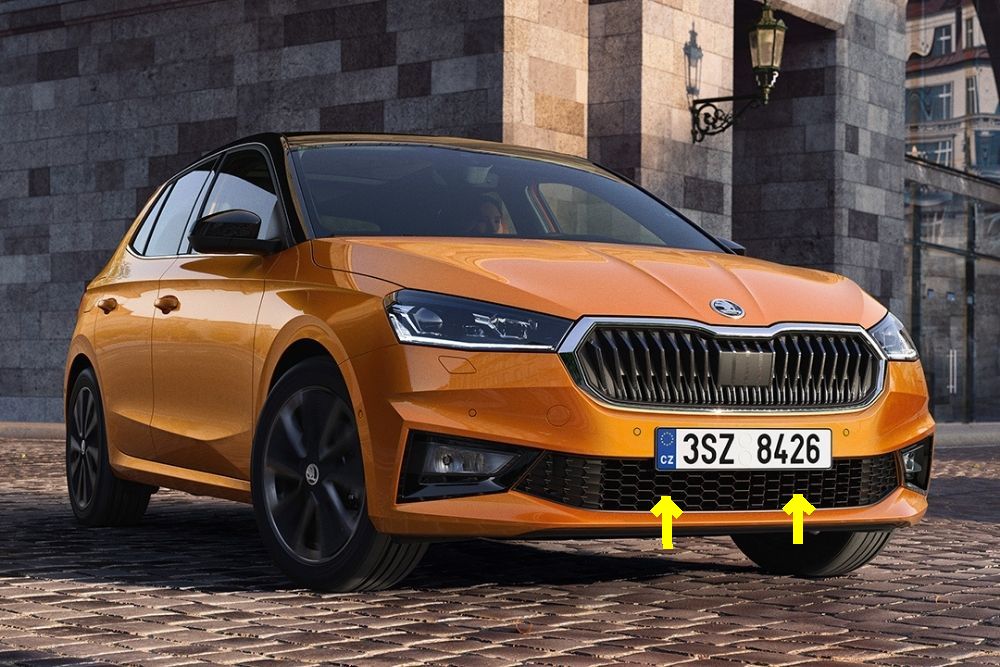 Some of these solutions can only be applied to the road car, but not to the rally car. The main one is the introduction of a radiator shutter (shown by yellow arrows) in the lower air intake of the front bumper. The shutter consists of actively adjustable louvres that close when little cooling is required, thus reducing drag. When cooling demand increases (or during short stops), the system opens the louvres so that the maximum amount of air can flow in. Rally cars regulations do not allow movable parts, which prevents this solution from being implemented in the Fabia Rally2. 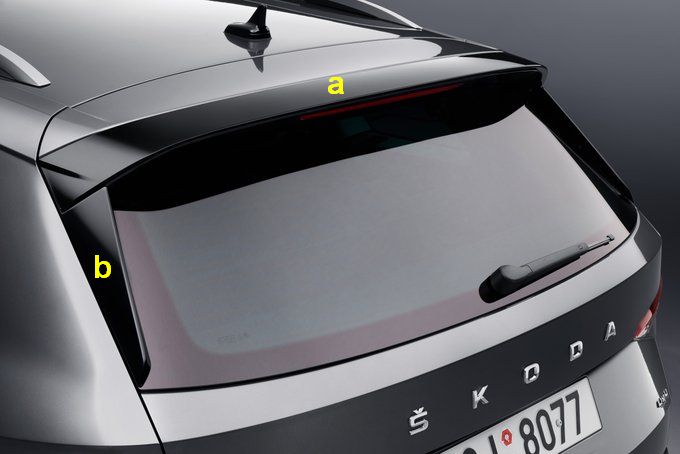 Other solutions introduced in the new Škoda Fabia road car include a larger roof spoiler (a in the image above) and side finlets (b) to optimise the wind flow in the rear area, specially shaped, smaller exterior mirror housings to reduce air resistance and direct the airflow specifically towards the rear, special plastic inserts in the wheels to contribute to drag reduction and a smoother undercar (including twelve flat panels instead of three) to allow air to flow faster under the car, thus reducing the pressure (lift), which is crucial to generate downforce.

Unfortunately, none of these solutions has been applied to the new rally car, which cannot benefit from such an important reduction in air resistance.

One of the few solutions that have been transferred from the road car to the rally car can be found in the front bumper, as shown inside the blue circle in the picture above. Recesses have been prepared on both sides of the front bumper (so-called air curtains), to guide the airflow close to the body and above and around the front wheels. The result is, again, drag reduction.

The new front bumper includes the new design of the front air intakes already seen in the road car, while the space of the antifog lights has been transformed into air intakes for front brake cooling (shown by the yellow arrow).

The comparison of the new front bumper with that of the Fabia R5 Evo shows a smaller lower air intake, as well as the changes in the shape of the sides of the bumper that are responsible for some of the drag reduction achieved. Also, the new air intake for brake cooling. 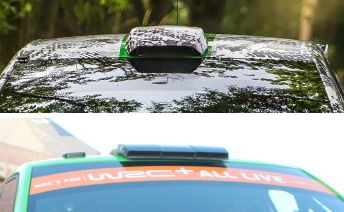 The images of the new rally car were taken from the test development series that took place last week, with Jan Kopecky, Pontus Tidemand and Kris Meeke alternating on the wheel. They show also a new design of the roof scoop, which is now taller and narrower than that of the Fabia R5 Evo. This is a potential source of drag that could be still improved. 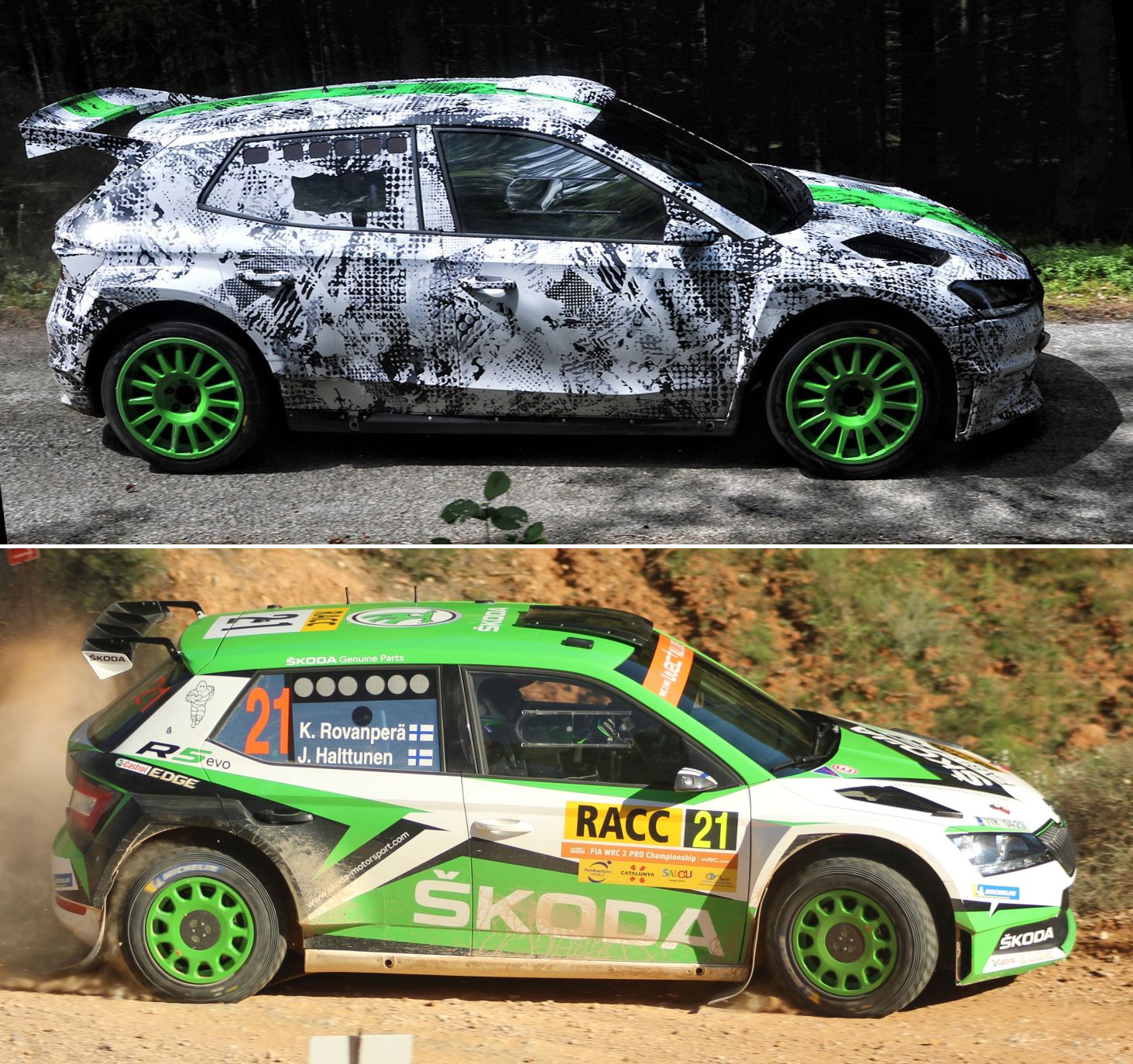 The main modifications on the side of the car can be found on the lower side profile of the car (to better channel air towards the rear of the car in this area) as well as in the slightly modified profiles of the wheel fenders. But the most significant change is the new rear wing: it looks longer, without vertical fins, supported by endplates (similar to the VW Polo GTI R5 design) and with a higher angle of attack, as shown in the image below (due to a more raised position with respect to the car roof).

A higher angle of attack means that the new rear wing will generate more downforce, but at the cost of higher drag (due to the increase of frontal area). 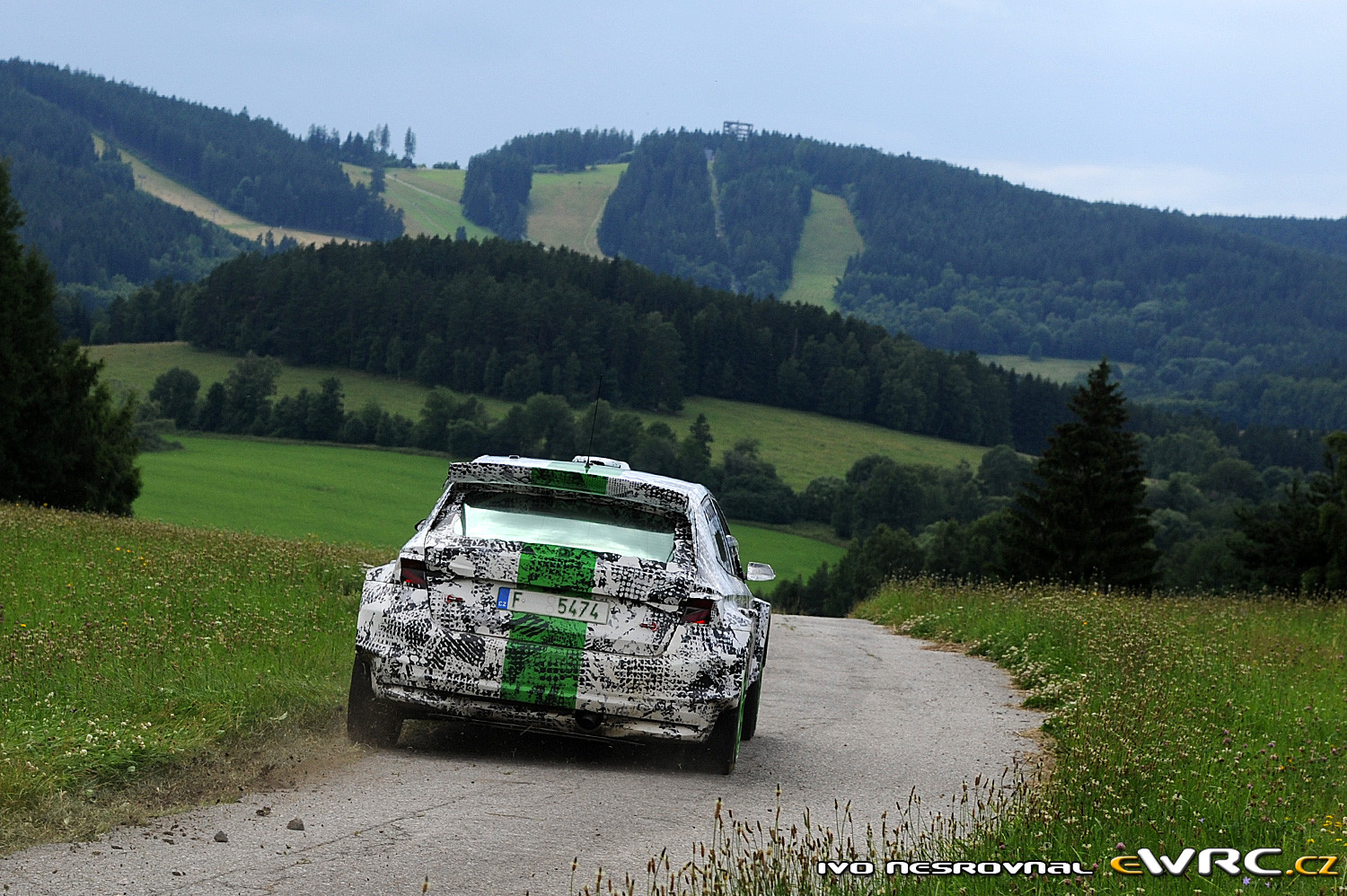 At the rear of the car, the main changes are the relocation of the exhaust gas pipe (moved to the right side in the new car), while no rear diffuser has been included.

In summary, the new car will face a smaller air resistance, thanks to the new modifications introduced at the front of the car, while it will be able to generate higher downforce at the rear, in case that the new rear wing remains at the angle seen during the tests.