M-Sport Ford World Rally Team (WRT) started today the first development tests of the 2022 Puma Rally1 that take place outside their home test area (at least for what we know). The tests have been developed in Central Finland, close to some stages of Rally Finland.

The first images from the tests reveal some important modifications, with respect to the car that MSport presented last month at the Goodwood Festival of Speed. The main modifications can be identified at the rear of the car, but also some minor modifications at the front can be observed. 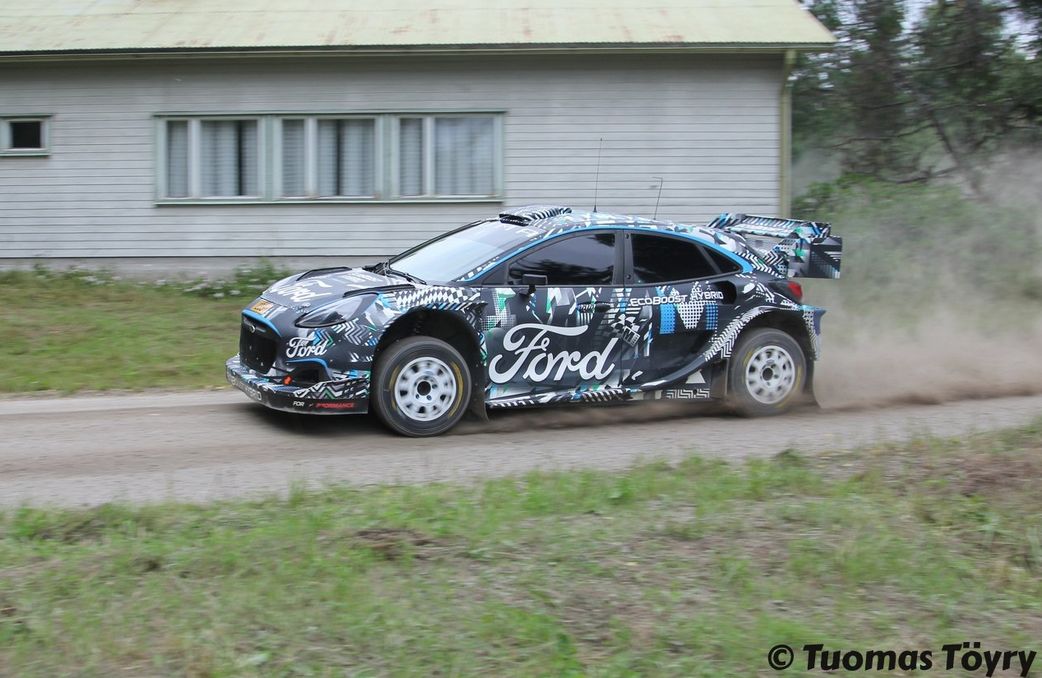 The aim of most of the modifications is to compensate for the reduction of aero parts at the rear that 2022 regulations promote. The absence of a real rear diffuser will reduce the amount of downforce the new cars will be able to generate, in comparison with current cars. This explains why teams are working on the improvement of those parts still to be used in 2022, such as the rear wing, in order to obtain as much downforce as possible, thus reducing the gap in performance with respect to the current generation that new regulations will cause. 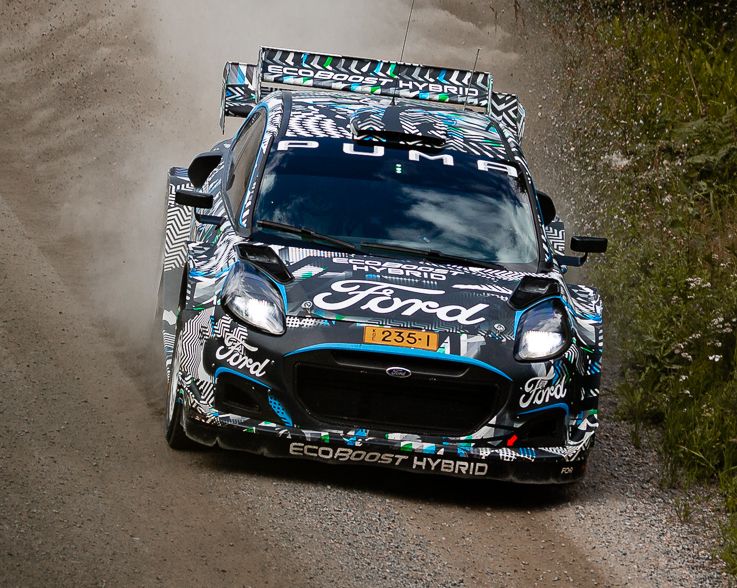 The new rear wing still includes the two small wings on both sides (see yellow arrow in the image below), but with a higher angle of attack. An increase in the angle of attack of an (inverted) wing results in an increase of the downforce the wing is able to generate (up to a certain angle). But it also increases the drag (air resistance) due to the increase in the front area. Thus, the modification of the side wings introduced by MSport will contribute to increasing downforce (improving cornering speed), but at the cost of increasing drag (reducing top speed on straights).

Note that the size of the endplates of the side winglets has significantly increased, due to the higher angle of attack.

The second modification in the rear wing affects the central, upper wing: the original wing has been replaced by a new one, straight at the back (while the previous was round), and also, with a higher angle of attack. 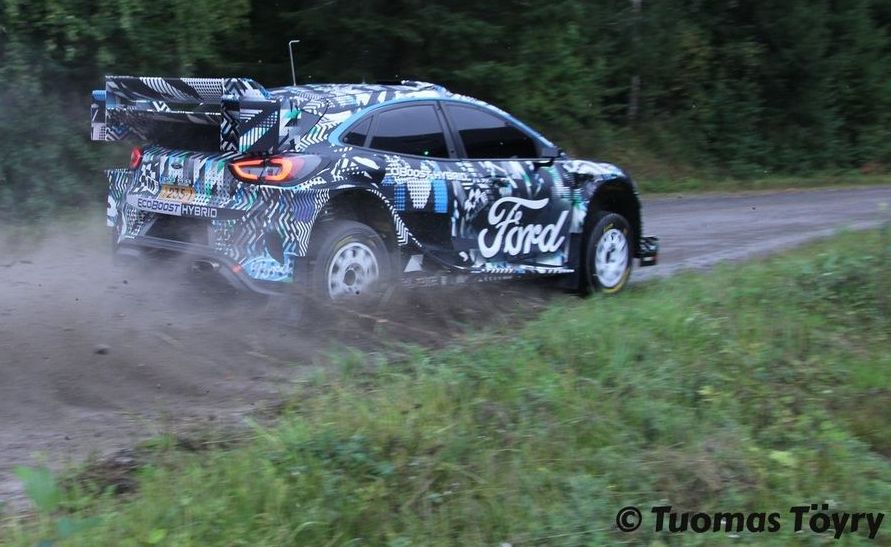 The images also show the design of the rear of the car, under the rear wing. The air vent for hybrid cooling air removal has been redesigned, and now it has the shape of a trapezoid (a). It is still located over the rear bumper (b), which has now been modified, having now the shape of a rear diffuser. But it is not a real diffuser, it is just a modified rear bumper with a very low impact of downforce, as it is very short and with a very high angle. To be effective in removing air from under the car, it should be longer and with a smaller angle, such as the diffusers of the current cars. 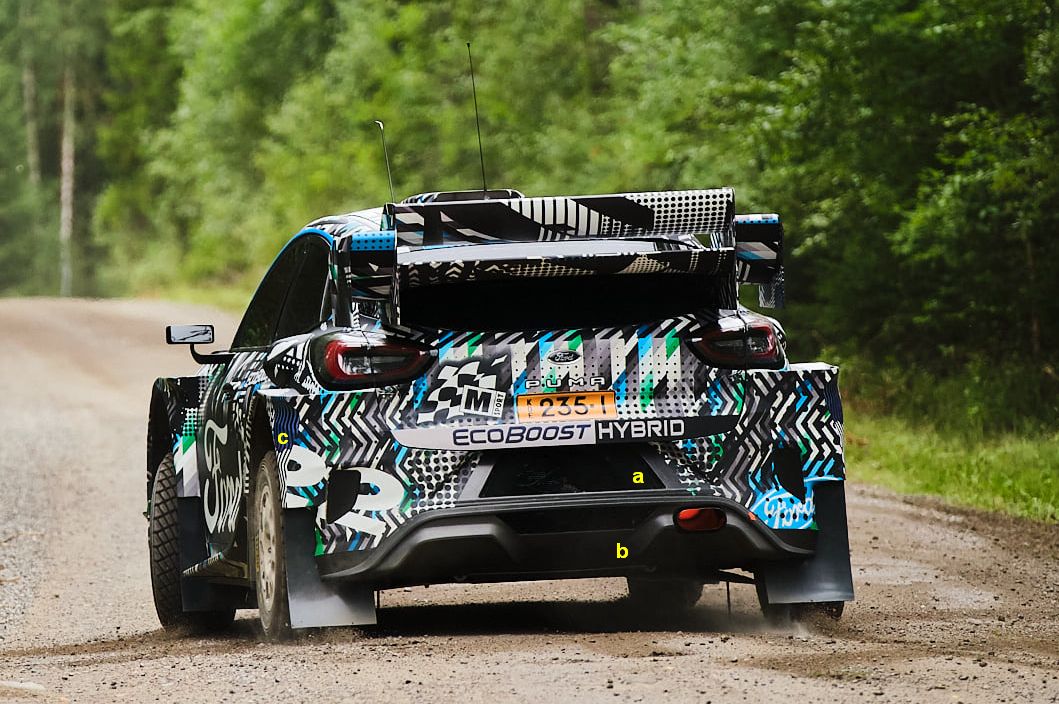 The images from the rear also show that the design of the rear fenders has changed. One of the main features is that they now include channels on the sides (c), probably designed to allow airflow to remain attached to the car for longer, which in the end reduces drag. 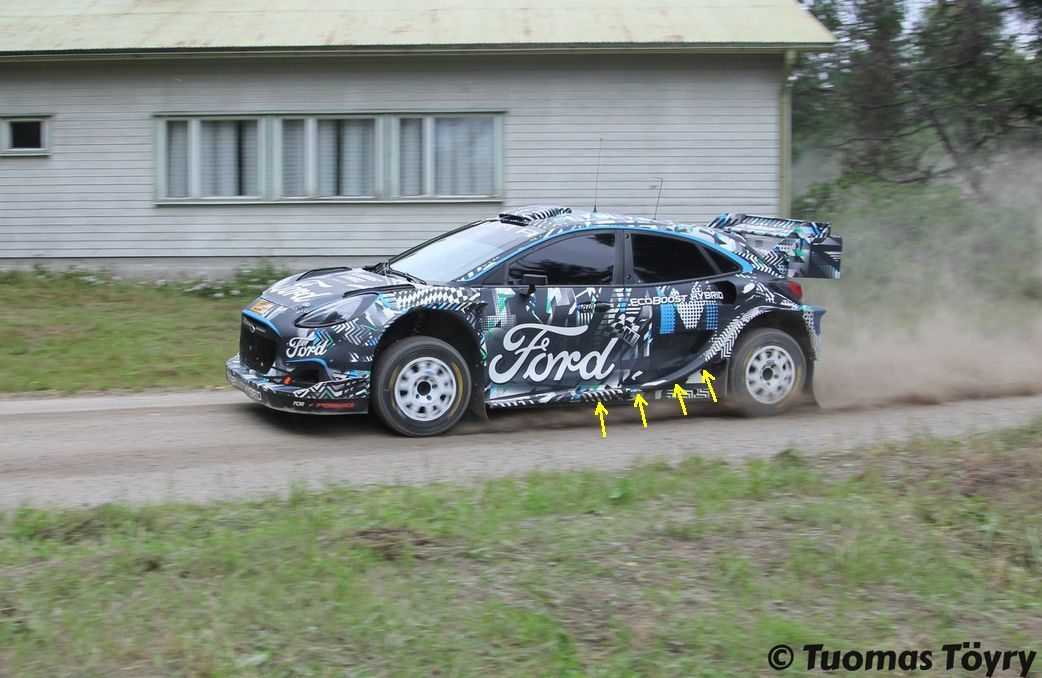 Another important modification can be found on both sides of the car: the side skirts are not flat anymore but have a small angle of attack, and they are connected to the small dive planes located ahead of the rear wheels. The result is probably a decrease in drag (due to the smoother design). In terms of downforce, the sloped side skirts are less effective in their role of preventing air from entering under the car. But, at the same time, the sloped skirt also generates some downforce thanks to the pressure exerted by air flowing over them. Thus, the resulting impact on downforce is probably neutral.

With this new design on the sides of the car, the rear brake air intake would be less effective. This is probably the reason why they have been removed from the Puma Rally1 car seen in the test. 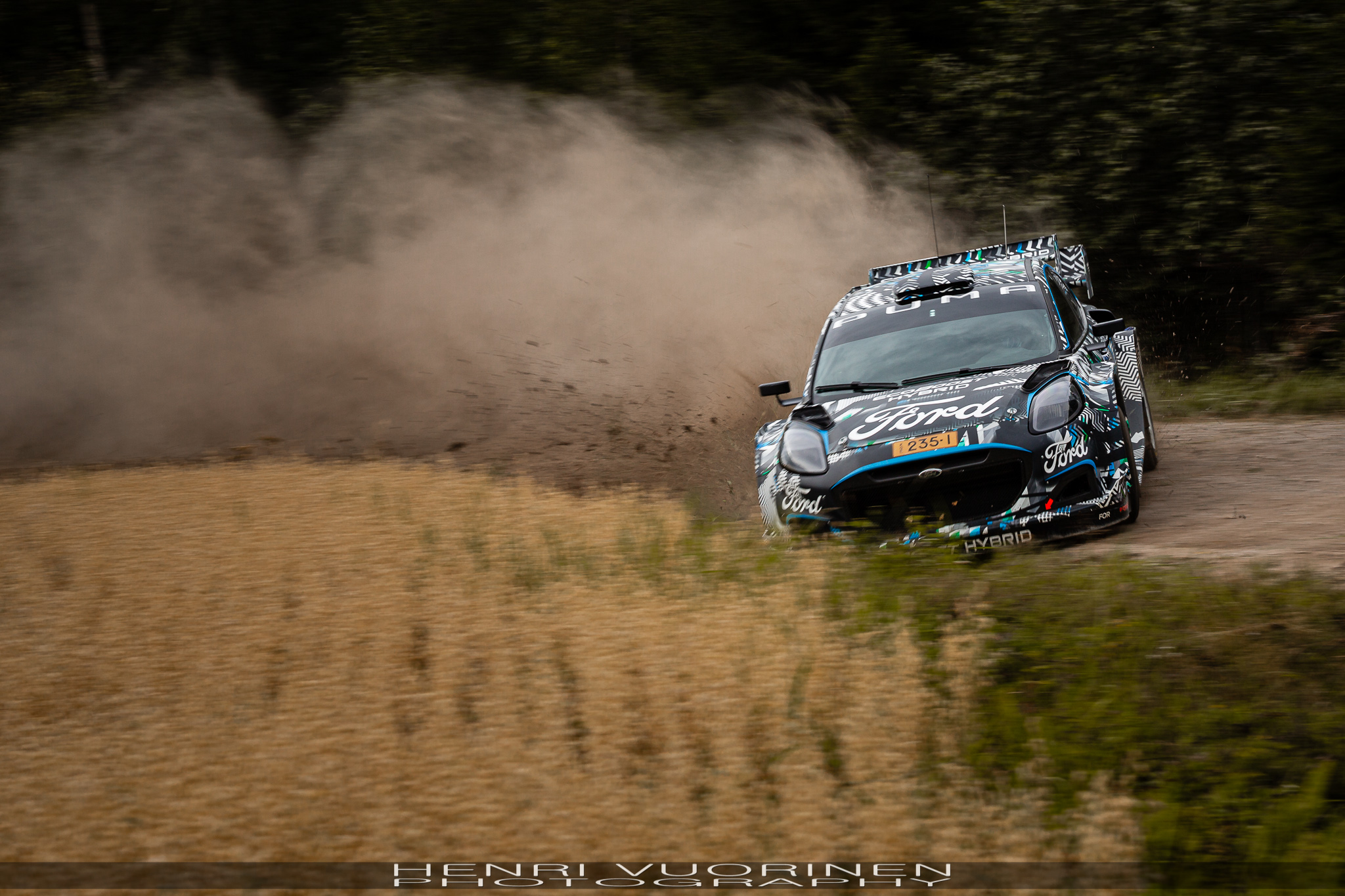 The Puma Rally1 tested in Finland includes small side mirrors (not present in the car seen in Goodwood). 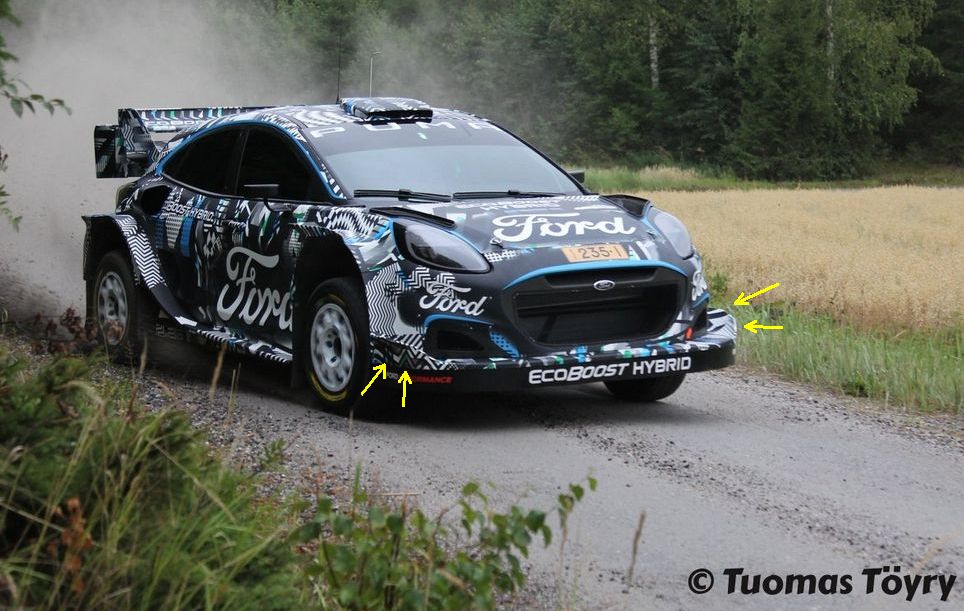 And the bonnet vents have been relocated: now they are positioned behind the front lights.

In summary, the car seen in the test looks like a more developed version of the Puma Rally1, with some interesting solutions to compensate for the loss of downforce resulting from 2022 regulations. Many test sessions await him, but it is probably that this is the almost definitive version of the car that will take part in 2022 WRC Championship.