The ban of the rear diffuser in the 2022 regulations (as far as we know about them) is arguably the most important aerodynamic limitation of the new generation of cars. The large amount of load generated by the diffuser will hardly be replaced by any other solution that engineers can design. Even so, the teams continue working on imaginative solutions to minimize downforce loss. This is our review of the solution proposed by Toyota, as seen in the Yaris GR hybrid 2022 test car used in the development tests the team has carried out in the last months in Finland, Portugal and lately France.

To better understand the solution proposed by Toyota, it is necessary to review first how the diffuser operates in the current car.

The yellow line in the image above shows the profile of the Toyota Yaris WRC undercar in the center of the car. Air enters under the car by the front splitter and flows at an almost constant speed (unless too high rake or angle of attack is used). The presence of a sudden opening at the rear (the diffuser) accelerates the airflow under the car (air is sucked from the rear).  We know by Bernoulli, that pressure decreases when the speed of a fluid (air) increases. As the pressure on top of the car remains the same, a decrease in pressure under the car means a higher difference in pressure between the top and bottom of the car, leading to a higher vertical force (downforce) all over the underside of the car.

With the removal of the rear diffuser (and keeping the undercar intact), air will again flow under the car at an almost constant speed, with no acceleration, and less downforce will be generated. The key is then to find a way to accelerate air under the car, the same as the diffuser does. 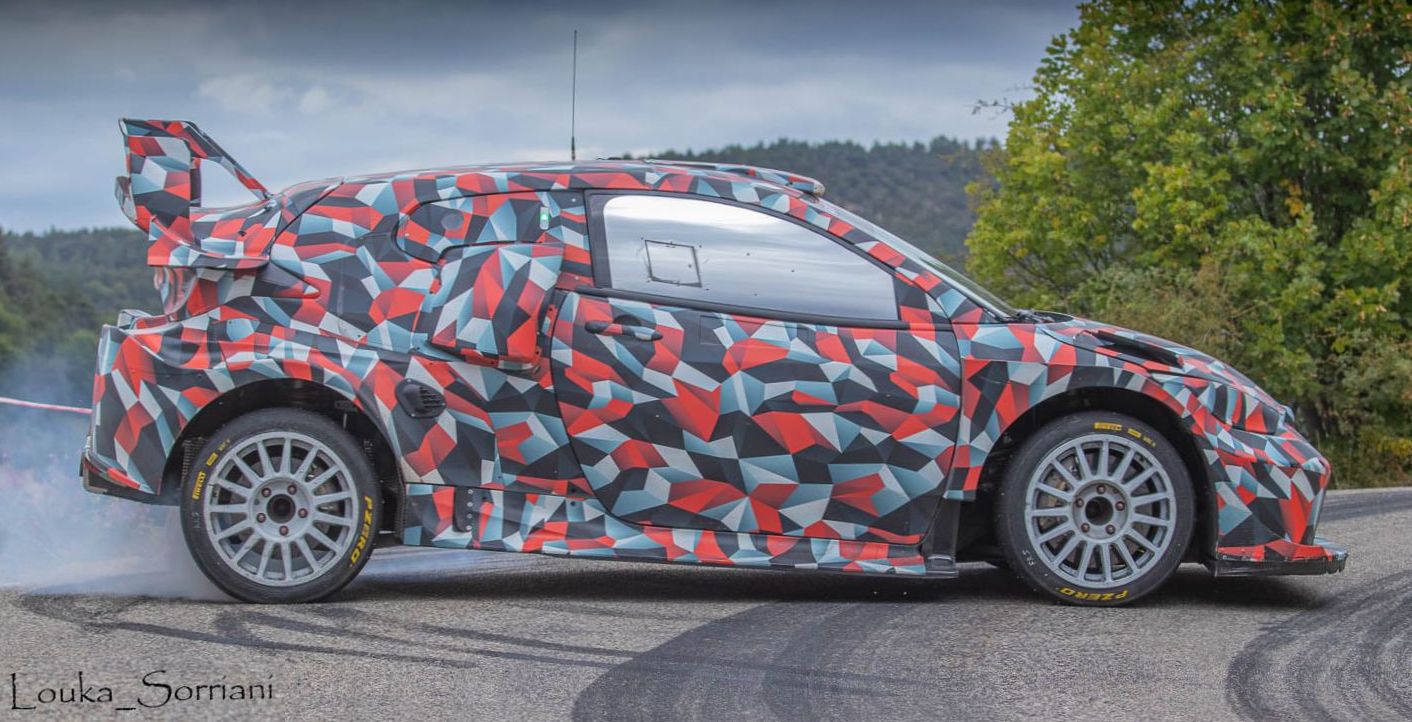 The air entering under the car flows at high speed in a) due to the reduced space, as well as by the sucking effect generated by b) and c). The result is very low pressure in a), that is, high downforce generation at the front. Once air enters into b) and c), airspeed decreases accordingly, leading to a pressure increase, for what much less downforce can be obtained.

The difference in the location where downforce is generated is not the only difference of the Toyota solution with respect to a conventional diffuser. The different angle of attack (especially in the space between the front and rear wheels) makes the system less effective in accelerating the airflow under the car.

Also, the absence of vertical strakes at the rear undertray (usually present in a conventional diffuser) reduces the efficiency of the system, as the airflow becomes dirtier. With no side strakes, the impact of the rear wheels’s wake on the central airflow becomes higher; with no central strakes (divisors), the air is allowed to side mixing. The result in both cases is an increase in turbulence (that is, a loss of energy) that reduces airspeed, thus increasing the pressure under the car, an undesirable side effect. 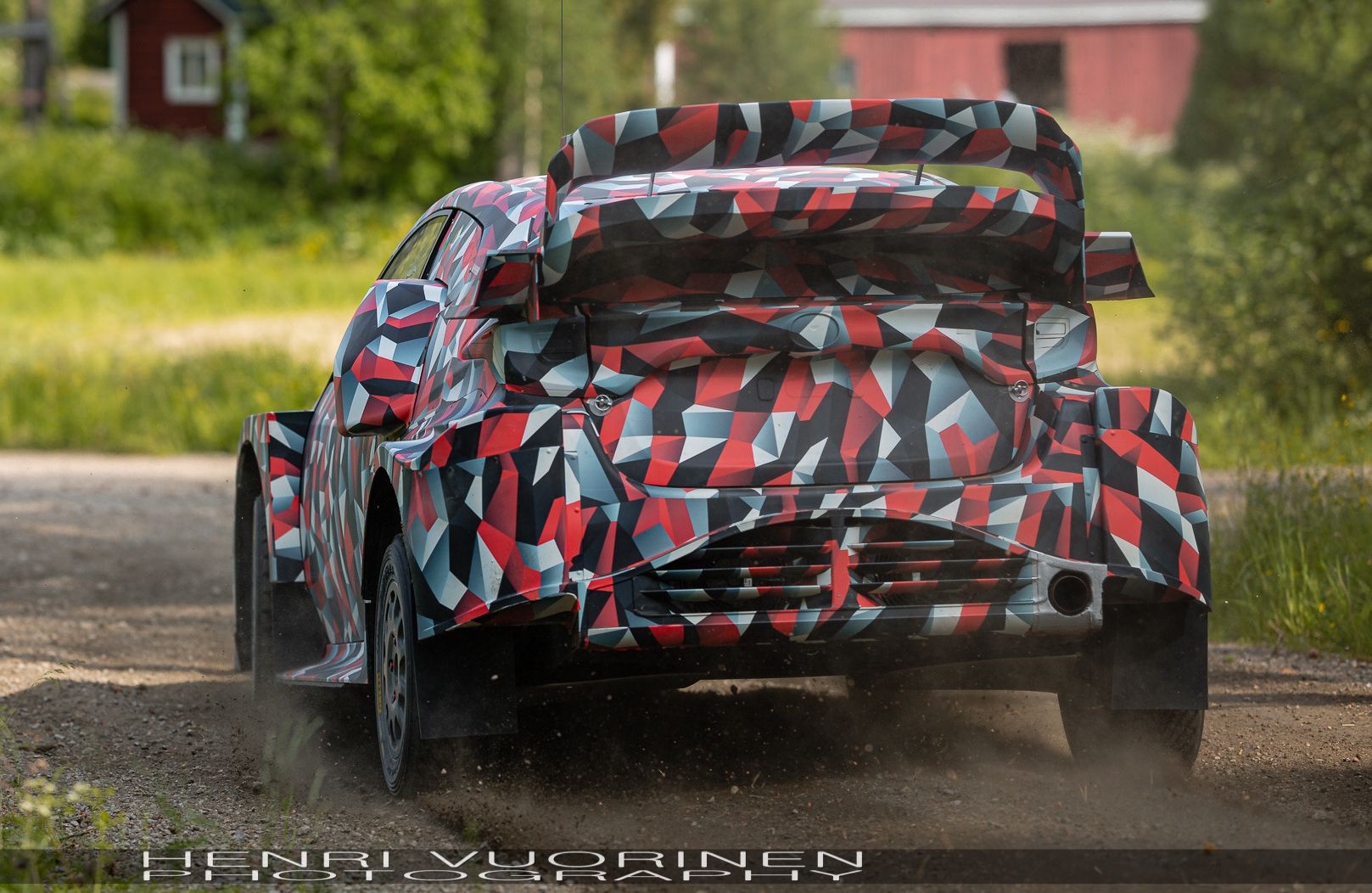 The image from the rear of the car confirms the shape of the rear undercar, which now ends up at the same height as the original diffuser, as shown also in the image below. 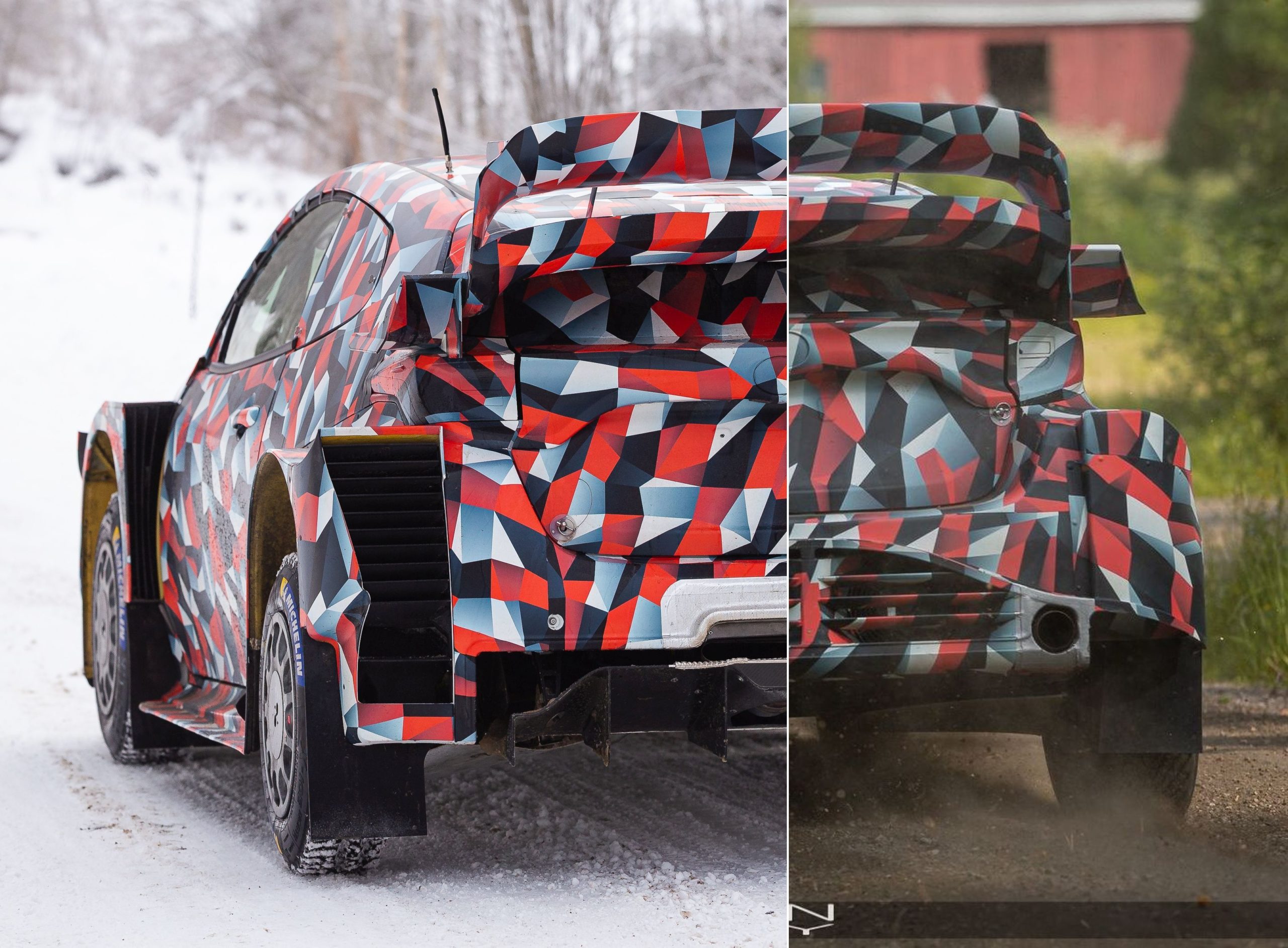 In summary, Toyota engineers seem to have found a wise replacement for the banned rear diffuser, which will partially reduce the loss in downforce, at least at the front of the car. This means that not only the rear diffuser, but the lack of dive planes and other aero parts on the front wheels will also be compensated with this modification. The final result will probably be a good aero balance between the front and rear of the car, which is always  interesting.