During a presentation to the teams held last week in Munich, new information about the operation of hybrid system to be used in 2022 was released by FIA (see press release for full details).  technical details, safety and the modus operandi of the hybrid system were revealed. This is our summary of the novelties released (in addition to what we already knew and compiled in our previous article), as well as the review of its implication on the aerodynamics of the 2022 cars. 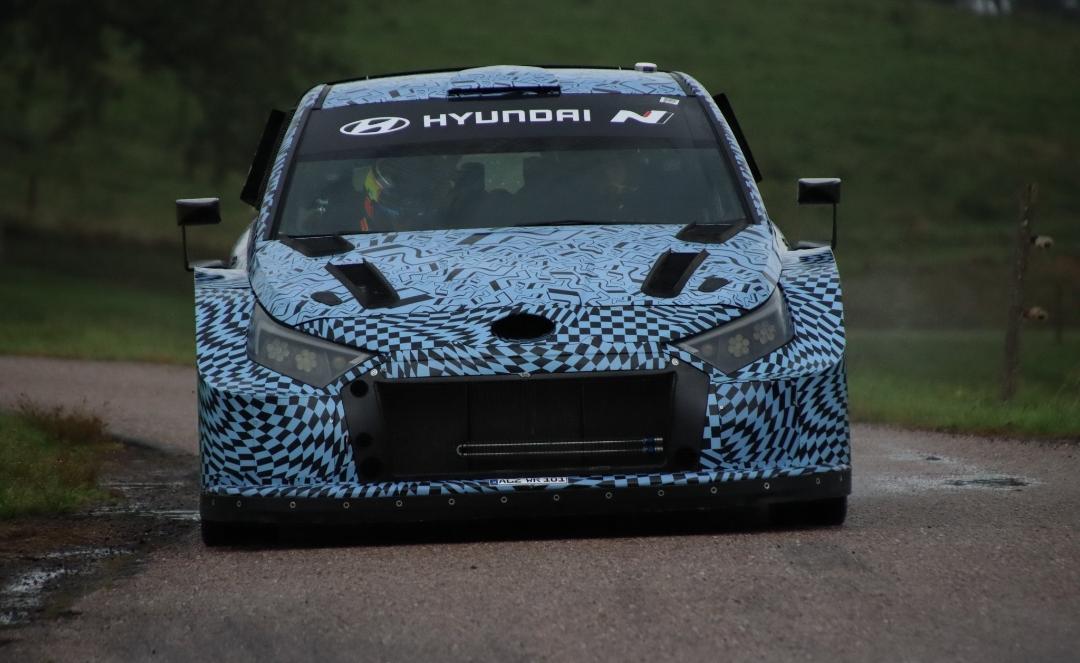 a) the weight of the hybrid system is 84 kg; with liquids, the total weight is around 100 kg.

b) the battery recharge time of 20 minutes to charge from 20 to 80%, by an external power supply (plug-in hybrid) during service breaks

c) the battery operates at up to 750 volts

f) the recuperation by braking is limited to 30kW, no matter how hard a driver brakes,

g) the power available under acceleration is 100kW (134 hp), so over the length of a stage the battery power will deplete,

h) only 20km of full-electric range (based on WLTC road car cycle) will be available, as the power is restricted to 50 % to extend battery life. 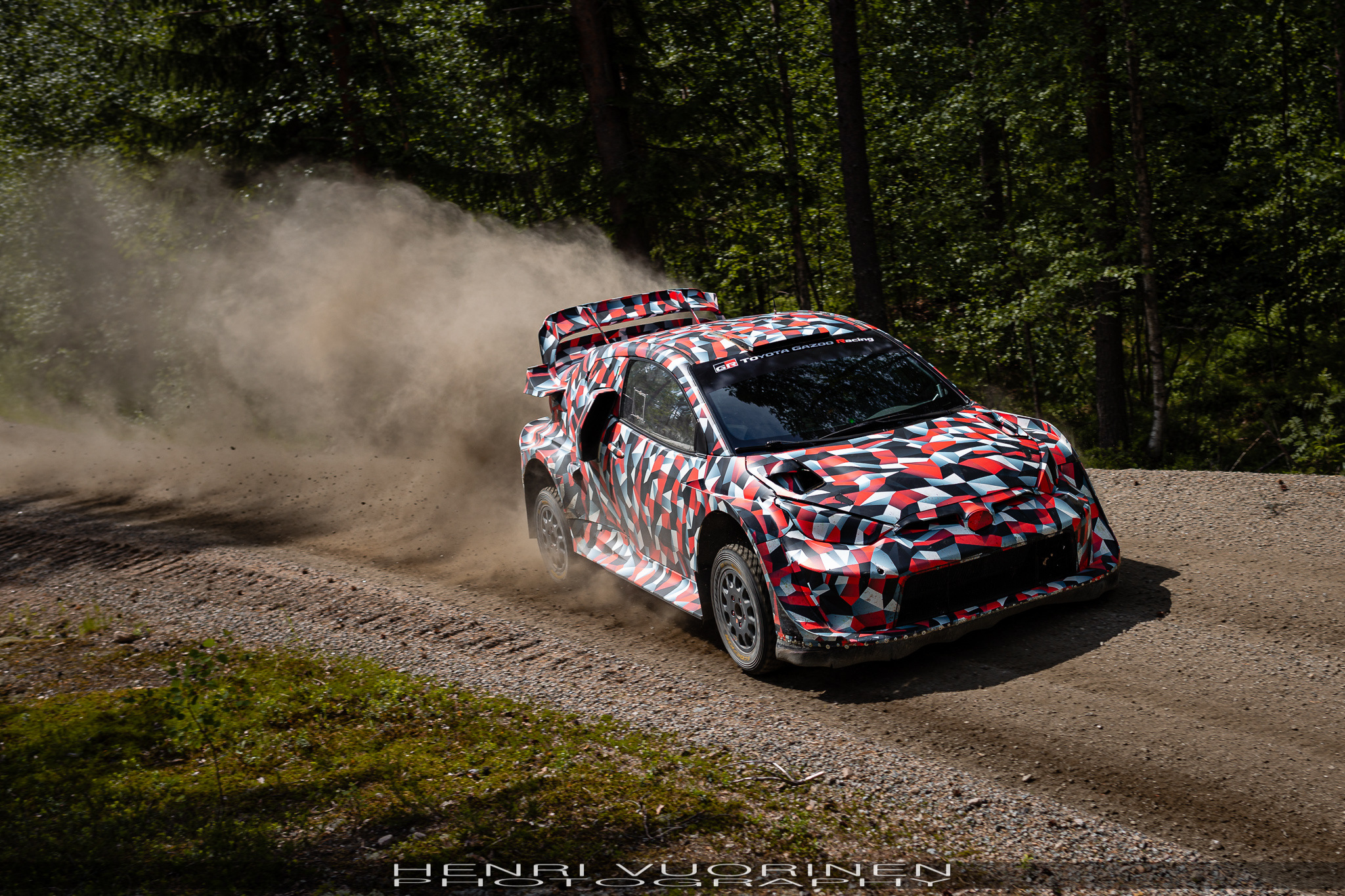 2. Operation of the hybrid system.

i) the engine control unit (ECU) will manage the use of electric energy,

j) the driver will not have the opportunity to manually activate the extra power, for example by means of a push-to-pass system. Instead, it will work automatically when pushing the accelerator and according to the pre-established set-up maps, that have to be selected before the start of the stage and cannot be changed. The only button available is for deactivating the extra boost, which can be pushed at any moment during the stage, with an immediate response. If the driver wants then to reactivate the extra power, it takes 60 seconds to get it back in operation. The extra power will compensate for the suppression of the antilag system

k) teams will design the most appropriate cartography for using the extra power before the first event of the season. Any further change will require a joker, as any other modification. 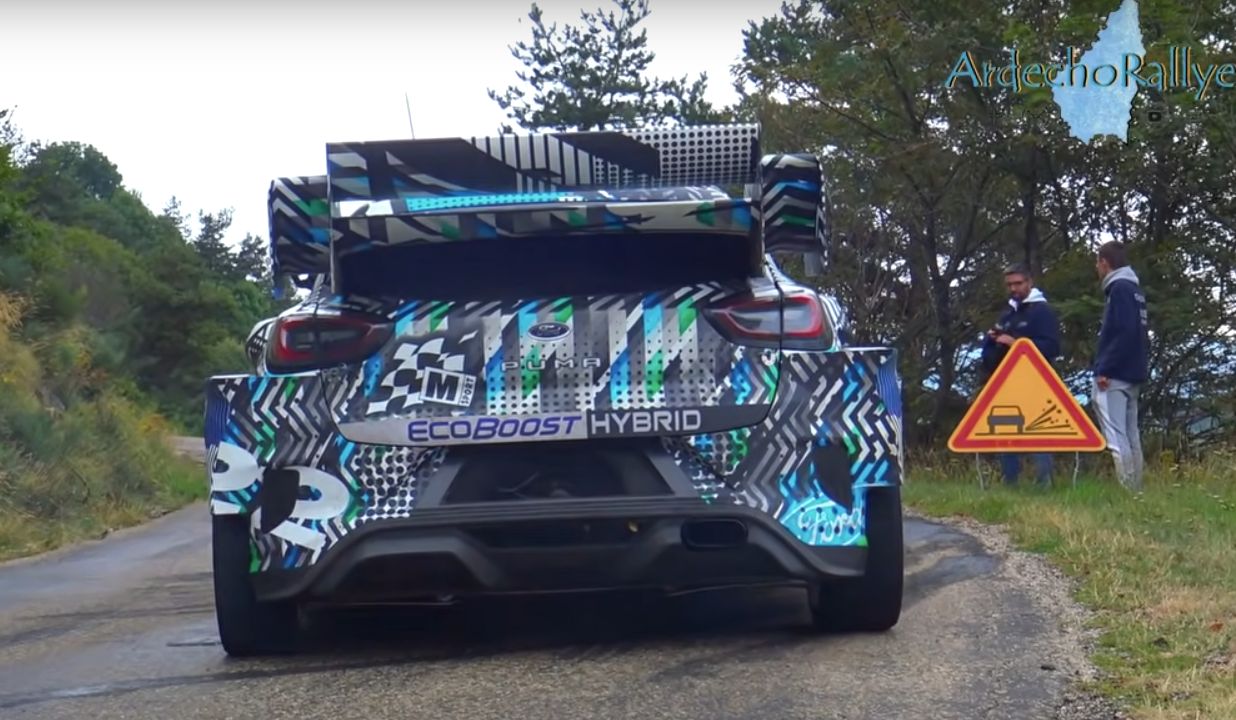 How the electric power will be used?

As expected, the cars will be driven in Full Electric mode in some dedicated passages (around the service park and potentially other built-up areas ) as well as in some parts of the road sections.

During the special stages, two modes will be available:

1. At the start of each special stage, the full power of the hybrid system will be available for approximately the first 10 seconds, or until the driver releases the throttle or presses the brake.

2. During the special stage, the 100kW (134 hp) hybrid power will be available, but teams and drivers will have to create up to three personalised ‘maps’ to decide how to deploy them. The extra power can be very strong over a short period of time or medium over a longer period of time

According to FIA, these maps will be based on driver input only (throttle pedal and brake). They will allow the release of energy in a way that is tailored to the driver’s style and the road conditions. The amount of power released with each press of the throttle will be decided by the length of the stage and the state of charge (SOC) of the battery. 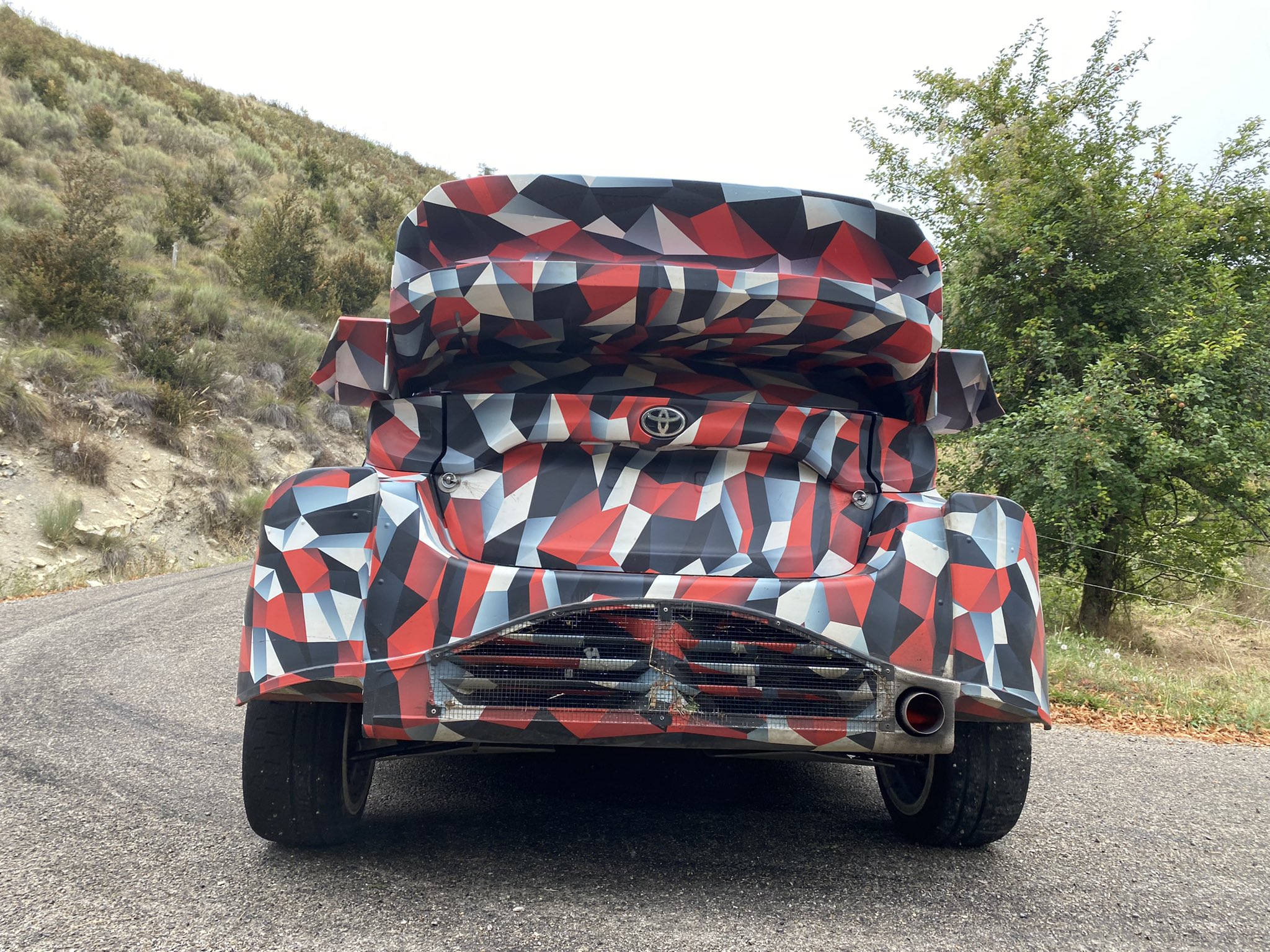 New information was released also on the energy recovery system.

l) the hybrid unit automatically recovers electrical power when the throttle pedal is released and under braking (regeneration phase or ‘regen’), with the accelerator set below a certain level (no energy is recovered if brake and accelerator are pushed simultaneously). The MGU additionally brakes the car and charges the battery.

m) to reuse hybrid boost, drivers must accumulate enough regeneration energy to create what is called a ‘valid regen’. After each valid regen and the next time the drivers press the throttle, they will have electric power available, depending on the parameters selected by their choice of map.

n) drivers can create up to three maps for the regeneration phases as well. This offers a chance to tailor how and when the regen is utilized as this will have the same effect as engine braking on the car.

o) The hybrid unit will be pre-programmed according to each individual stage distance in kilometers and will manage the duration of power available to try to ensure there is power accessible throughout the stage. 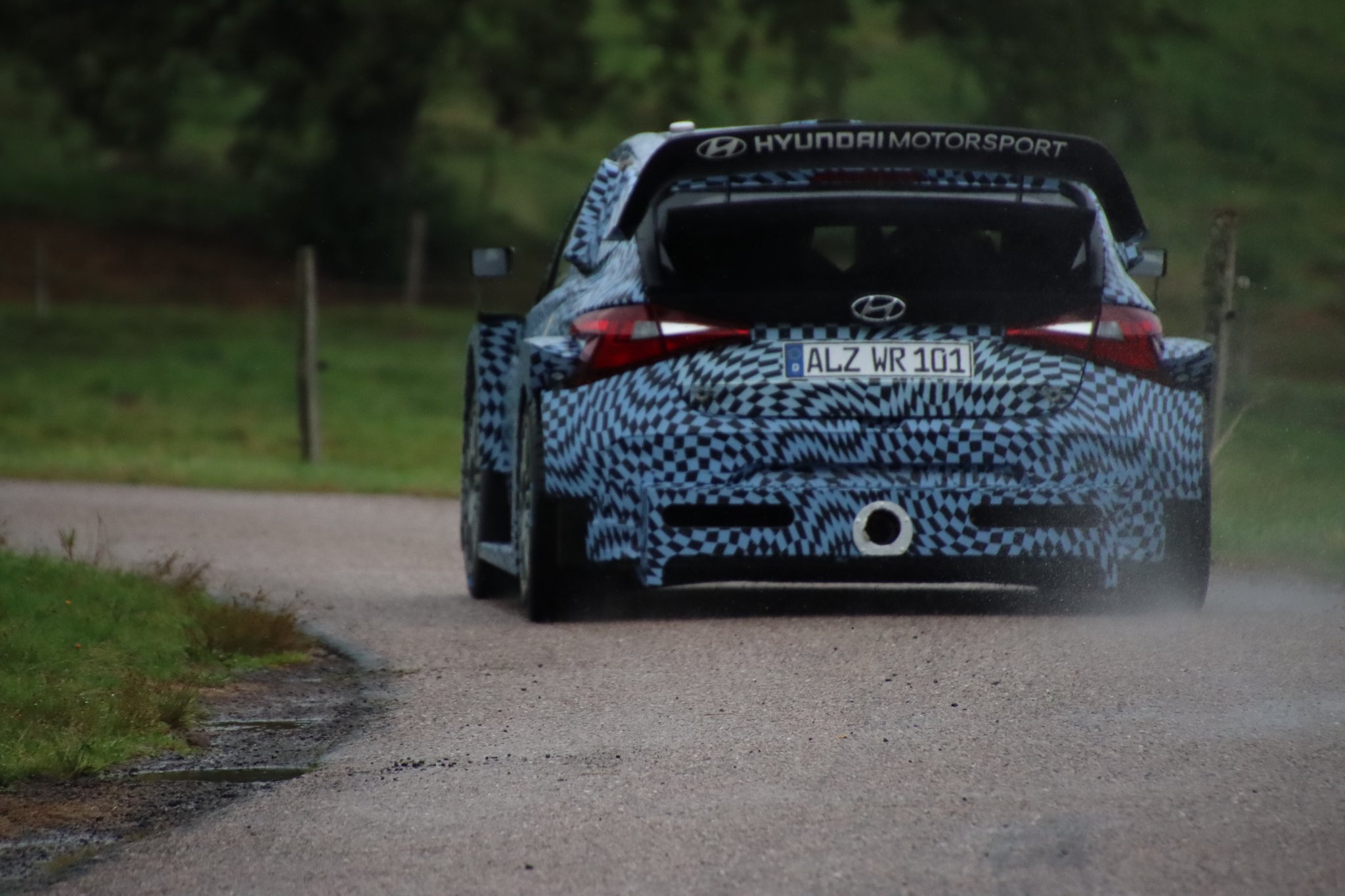 p) the cars will incorporate a warning light system independent of the car’s electrical system: green means that the system is operating normally, and red light signals a possible system error.

r) an issue with the hybrid unit won’t stop the Rally1 car.

s) the MGU, the battery and the inverter control unit are sealed in a carbon fiber housing to resist possible forces and impacts in the event of an accident. The unit is designed to withstand a 70G impact. 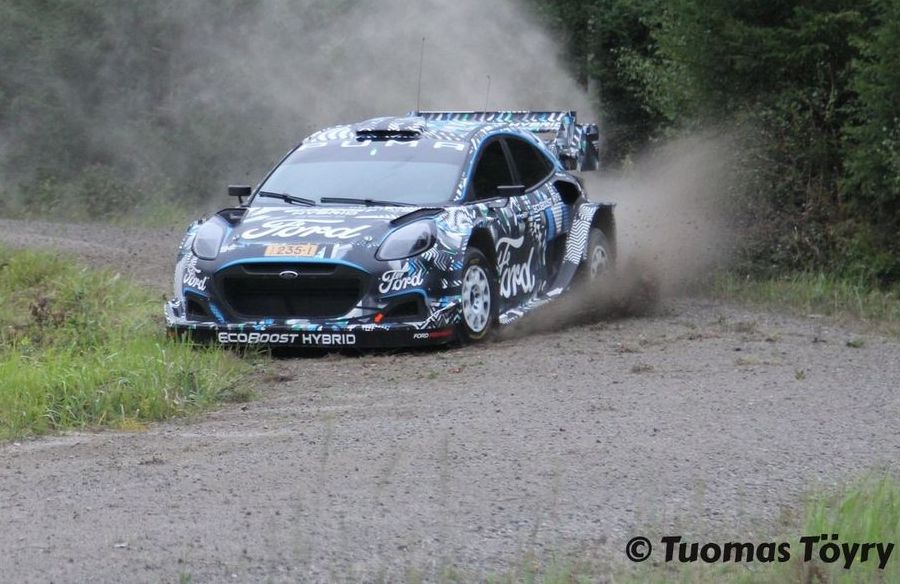 A higher load at the rear means that less force is exerted on the front wheels, and the car becomes understeering. Add to this that the main source of downforce in the 2022 cars will probably be at the rear (as the rear wing remains as the only big aero part not banned), and still the understeering behaviour will increase. 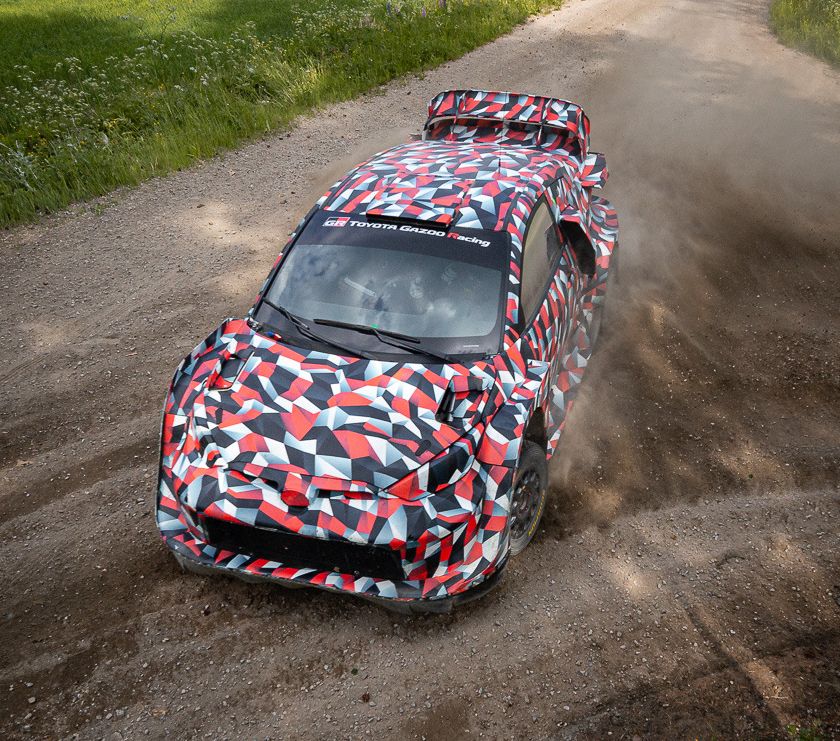 Another important feature of the new cars is the use of the extra power from the hybrid system, estimated in 134 hp (100 kW). The use of this extra power is expected to be mainly used at the start of each special stage. It represents a very important addition to the power supplied by the ICE (around 25% extra power supply) that will allow cars to accelerate faster at the start of the special stages, and to reach higher top speeds after the 10 seconds boost.

Those cars with less drag (air resistance) will get the highest benefit from this feature. Obviously, 10 seconds per special stage would not justify modifying the aero of already existing cars. But it is probably that this detail has been taken into consideration during the design of the new cars, and we might see cars with lower drag than the current generation…. if this does not compromise the efforts to generate as much downforce as possible.

In summary, the new information released by FIA about the hybrid system suggests that we will see more understeering and less draggy cars in 2022.