Rally Finland is usually one of the top moments of the year, as aerodynamics becomes critical in the smooth and fast Finnish stages. This year’s event represented the last opportunity to see the 2017 WRC car generation on fast gravel, which means that the latest evolutions of these emblematic cars (and the most effective) were deployed during the event. The analysis of their behaviour on the frequent jumps can give us a clear indication of the level of performance of the aerodynamics of each car. 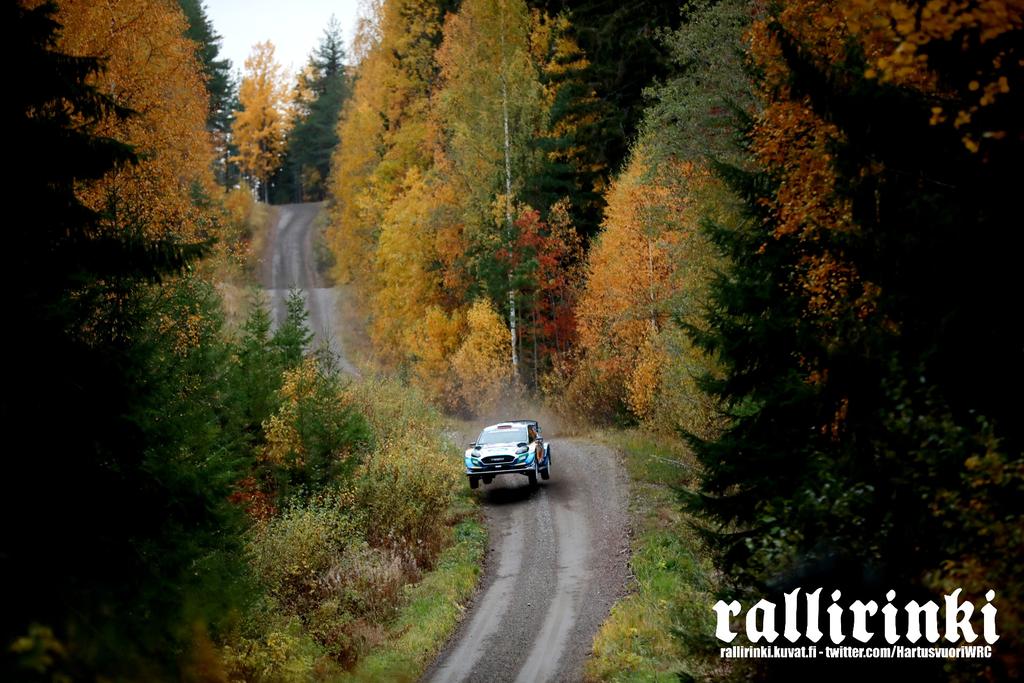 Our analysis is based on the fact that imbalance during a jump can be originated by driving actions (excess acceleration while jumping if the car noses up and excess braking if the car noses down) or by aerodynamics (unbalanced downforce generation). We already reviewed the different rally action drivers take in our previous article on the Aerodynamics of jumps. Other reasons, such as mass distribution, are not considered, as WRC cars are considered to be well mass balanced.

The Yaris WRC has been considered the most balanced WRC car since the upgrade implemented in early 2018. The introduction of the new front package in Rallye Monte-Carlo 2021 has increased its capacity of front downforce, which means that the balance might have been modified. If this was true, the center of pressure (the point where the resultant force of all the aerodynamic load is located) would have moved forward. 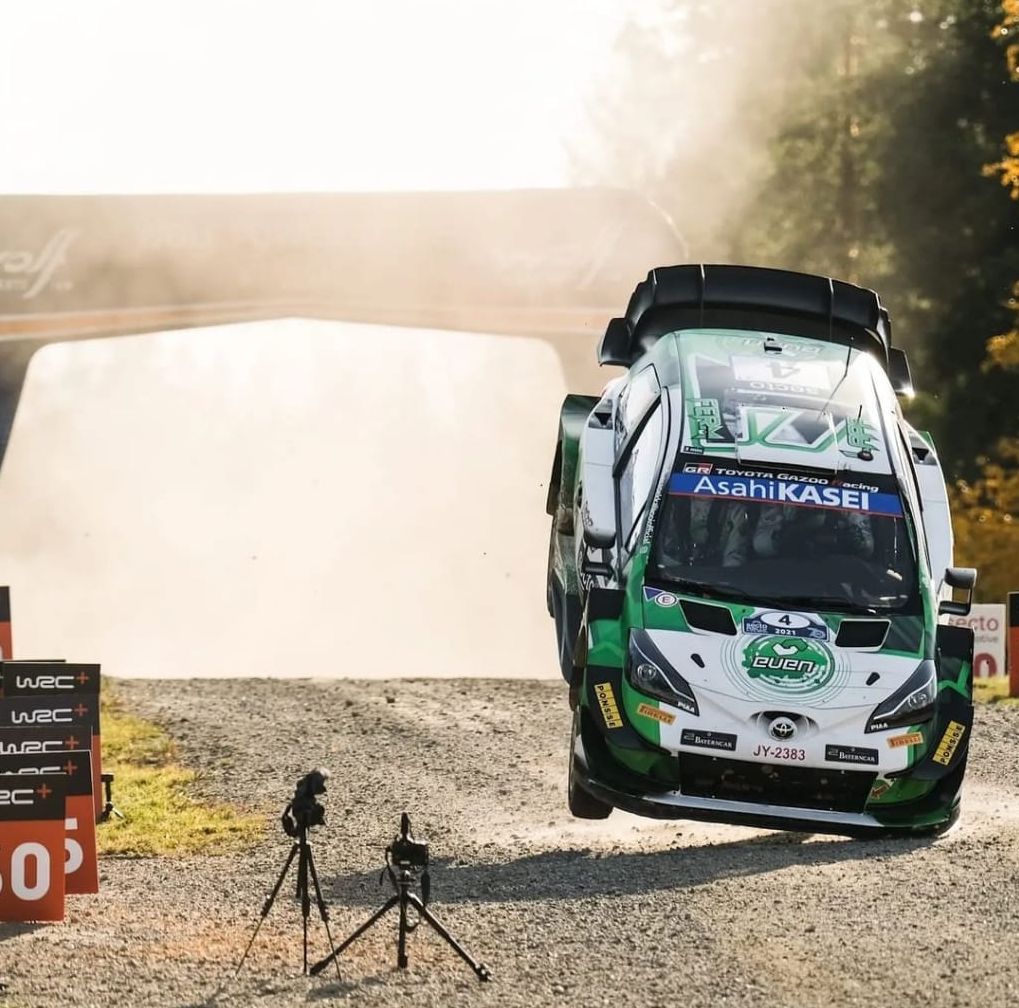 The images from some of the Yaris WRC jumps in recent Rally Finland seemed to confirm this unbalance. Compared to previous years, the Yaris WRC often appeared nosing down before landing, and in some cases (such as in the image above) compromising the reliability of the front splitter.

It is possible that this behaviour (nosing down) is intentional, with the aim of a rapid landing, thus minimizing the time that wheels lose contact with the ground. Less flying time means less speed loss and reduced risk of reliability issues. This was also the philosophy of former Toyota’s Team Manager Tommi Makinen in the 90s when he won 4 World titles in a row, and he has probably translated it to the team he contributed to building from scratch. It is also possible that Toyota drivers braked before take-off, to favour nosing down. But the combination of suspension settings and new aero is another reason that can explain this behaviour, and it cannot be neglected, especially after the introduction of the new front package. Then from the images of the jumps, the efficiency of this new aero package would be confirmed, to an extent that the car balance might be threatened due to the excess front downforce generated. 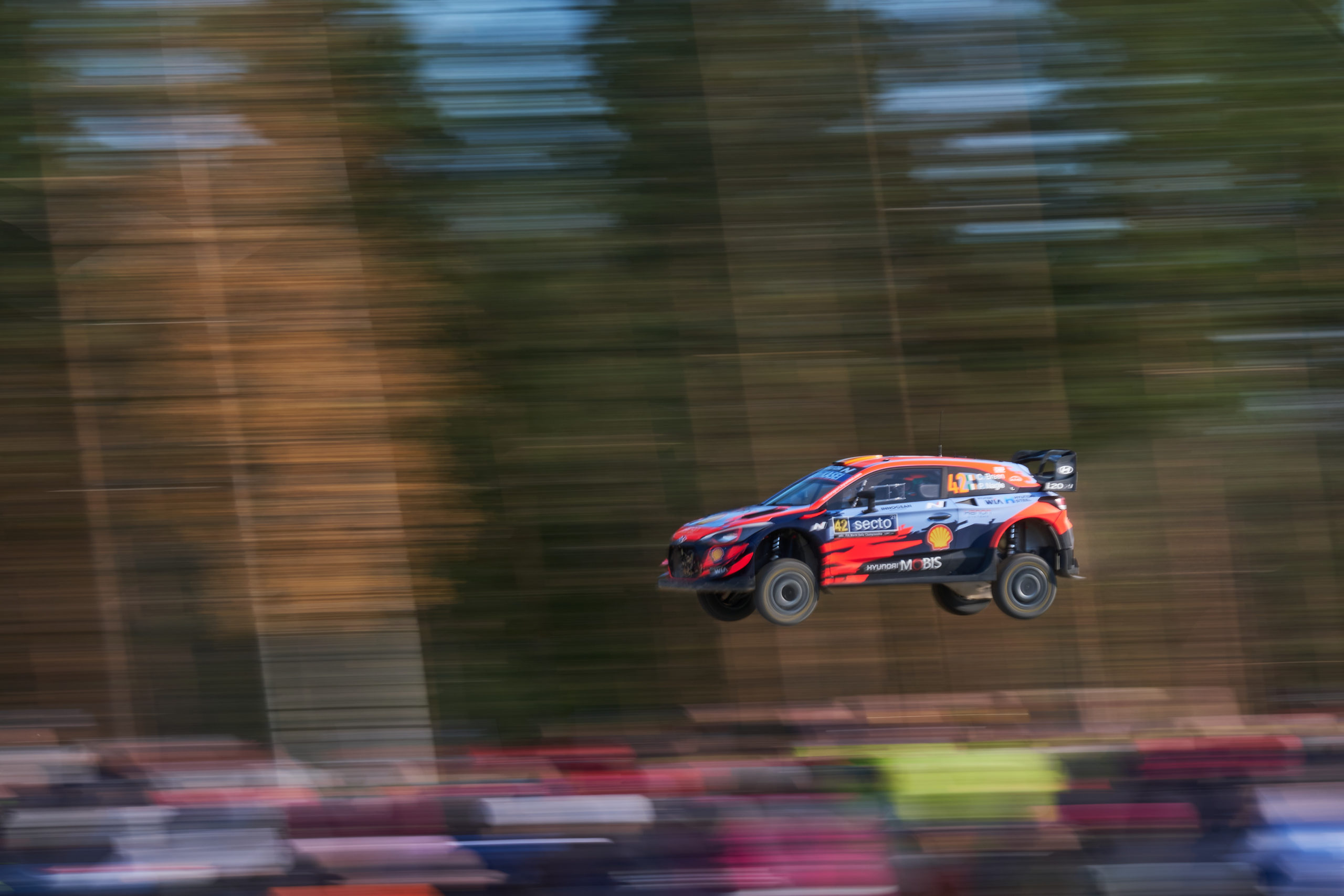 The Hyundai’s jump images from this year Rally Finland showed a very neutral behaviour of the car in almost every condition and for all three drivers, while in previous years the car showed a clear trend of nosing up. Also, results seemed to confirm the progress of the Alzenau-based team, with two drivers on the Finnish podium (a premiere in the last five years) or the nine stage wins (against a total of six in 2017/2018/2019). Even more important, six of these wins were obtained in superfast special stages (those with an average speed above 125 km/h), where traditionally Toyota was highly superior.

All these details seem to confirm that the new modifications introduced in the car in 2020 and January 2021 would have been successful, and the car now had reached a good balance between front and rear downforce that makes the car easier to drive and enhances drivers confidence.

The impressive images of the very long jumps achieved by Fourmaux/Coria in the two passes of Ruuhimäki show a very stable car that is able to fly for more than 60 meters without unbalancing. There is no better proof that the car balance has improved since the last front aero modifications introduced in ACI Rally Monza 2020. 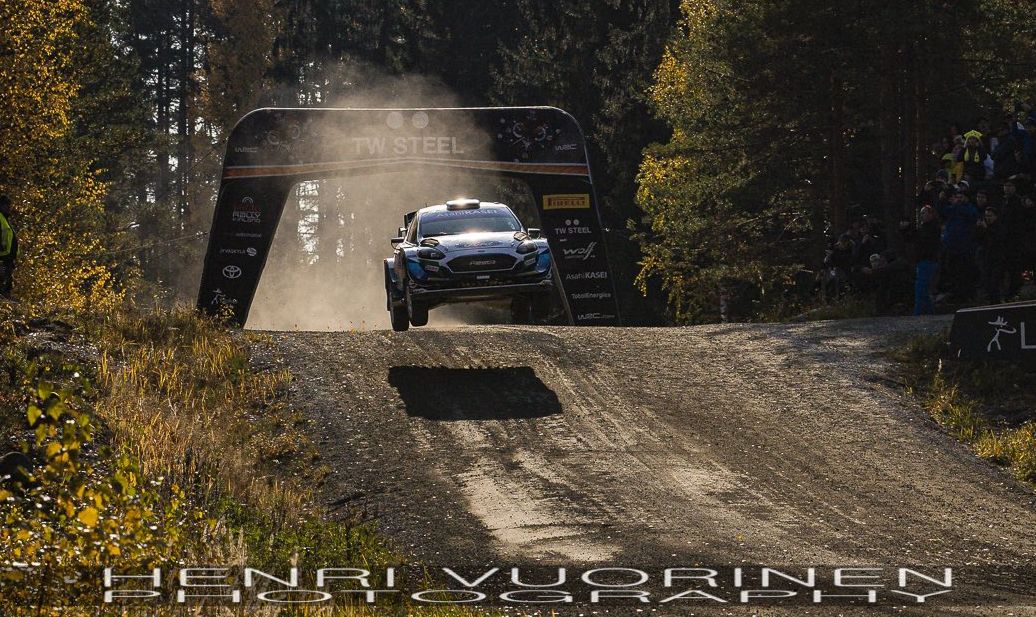 However, it is also true that, in some jumps (such as in the image above), the car was still tending to lift the nose (as it had done since 2017 in Finland) due to, possibly, a perfectible balance, but can be surely compensated with driving actions (braking before taking off) as the Ruuhimäki jump seems to confirm.

Our analysis is based on multiple images and videos released during and after Rally Finland 2021. We encourage you to also review all these images to confirm the trends we have observed for each car. Have fun!