The results in the Rally2 category in the recent edition of the Rally Catalunya confirmed that the Citroën C3 Rally2 car continues to be the most competitive car on tarmac. The innovations introduced at the beginning of this year seem to be working well, so we asked Citroën’s top driver Mads Østberg and the Head of Citroën Customer Racing Didier Clement about current and future aero evolutions, as well as about the future hybridisation of Rally2 cars. 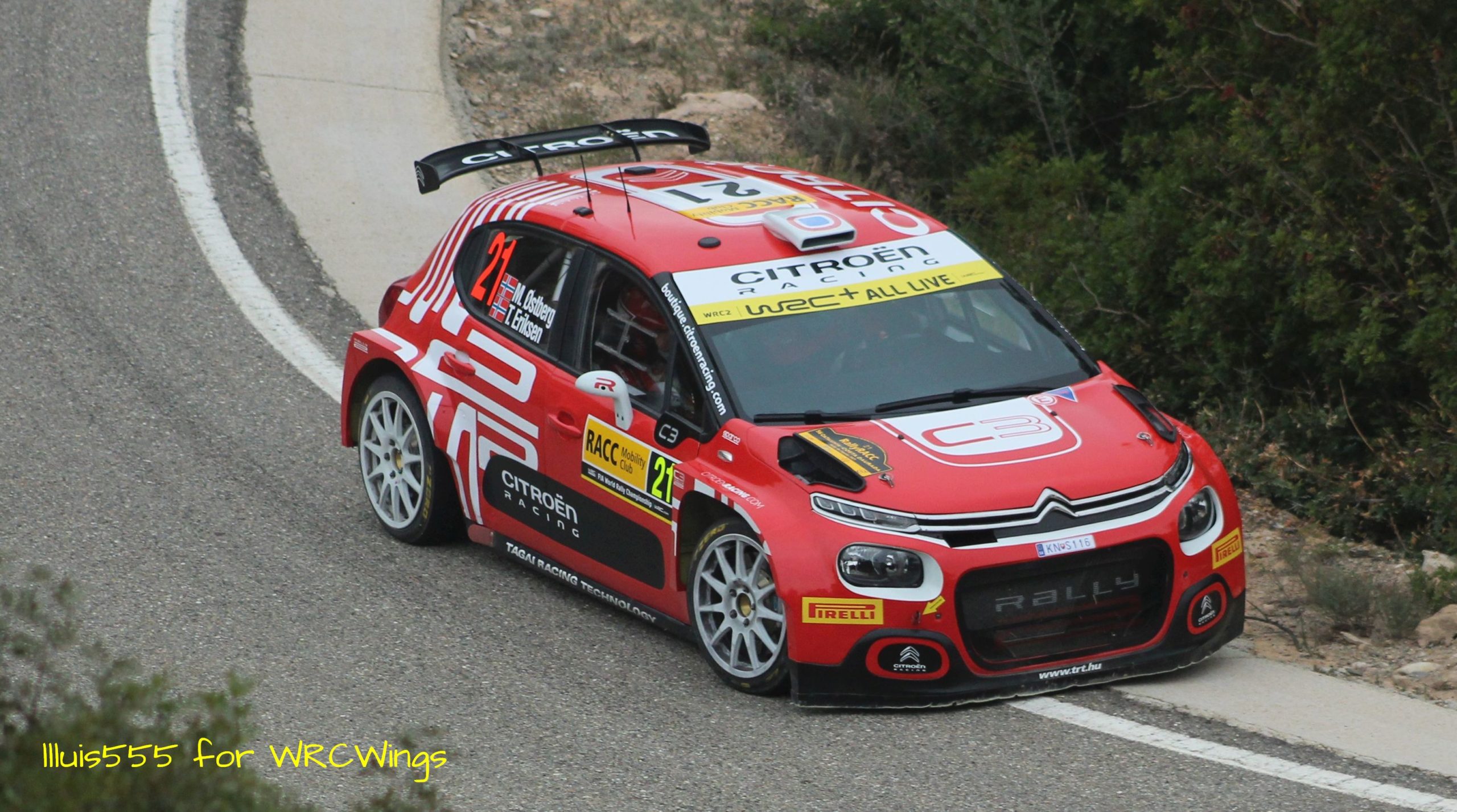 Mads was very confident in the car before the start of the rally. He, Torstein Erikssen and the whole team had to work hard during the shakedown to adapt the car to the stages: “We had to try different settings for the car, as we did not have a proper test before the rally. We tried some different settings on the first runs and I didn’t have a really good feeling, I had too much understeer and not very good chassis balance. I went back to service to change the ride height of the car a little bit, change the balance front and rear“.

Most probably they reduced front height and increased rear height. The result is that, due to lower front ride height, less air flows under the car, and it flows faster. The result is lower pressure under the front axle, which means a higher grip, allowing the wheels to turn easier (less understeering). 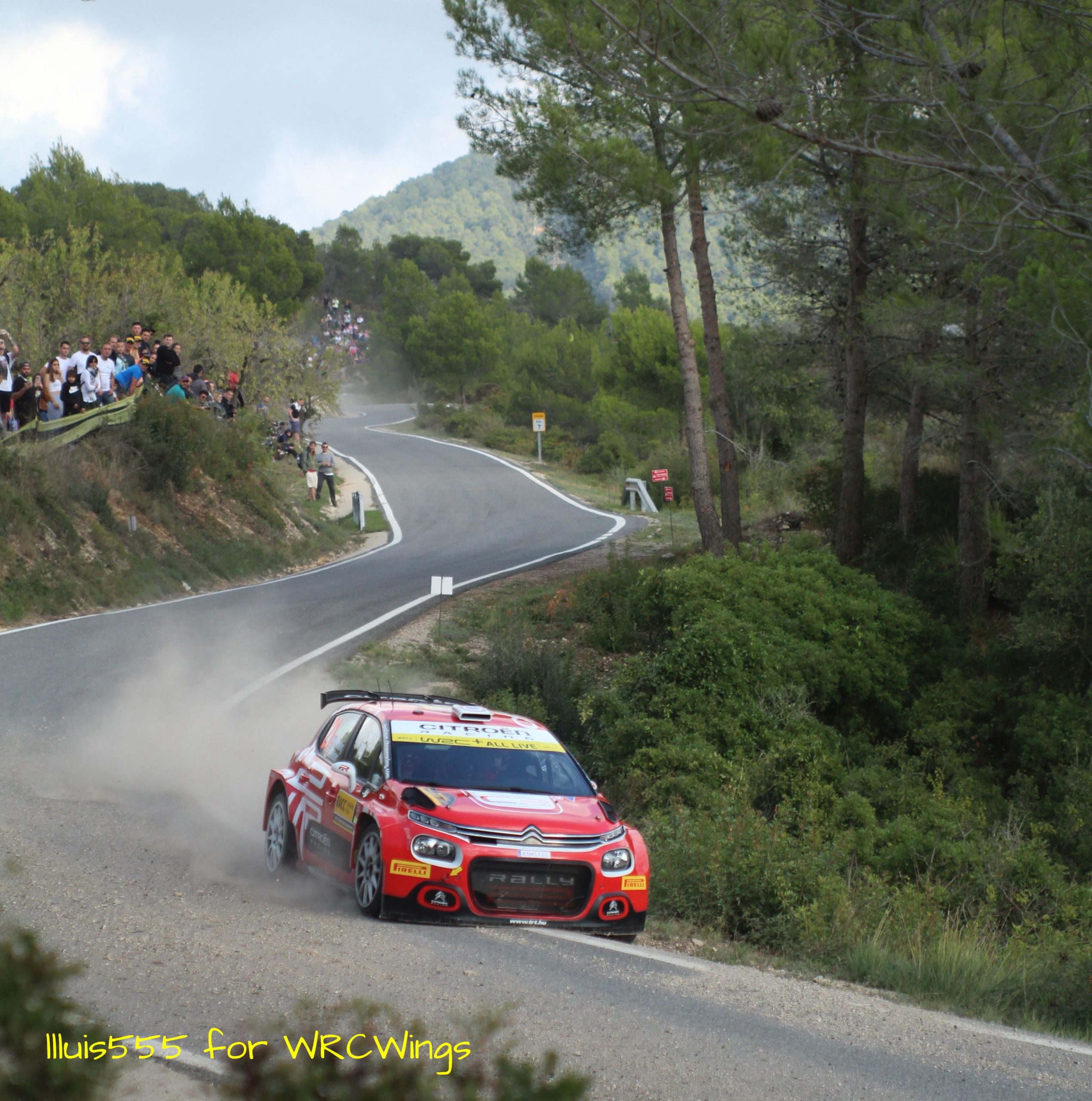 “We also increased the front stiffness of the car, and it helped, we saw that we needed to go more in that direction and actually we did the fifth run with the final settings based on what we had learned and we managed to take the stepside we wanted, so at the end (of the shakedown) I was quite happy“. 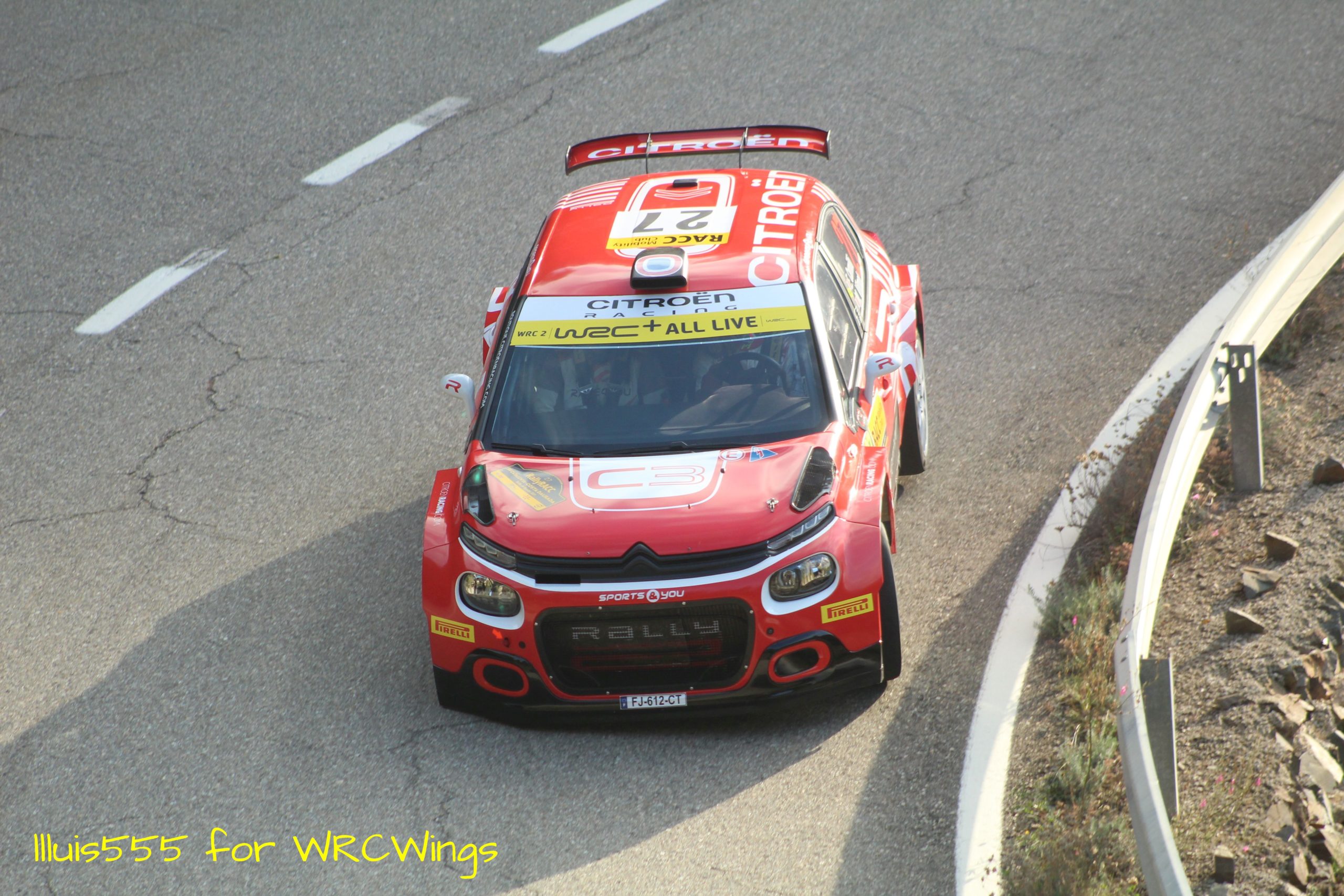 And the final results proved that he was right, as Didier explains: ” We showed with Eric and Mads that the car was the most competitive during that weekend, we set the fastest time in R2 on 11 stages (out of 17), combined Eric and Mads, and also Jan (Solans) showed great things for his first time“. 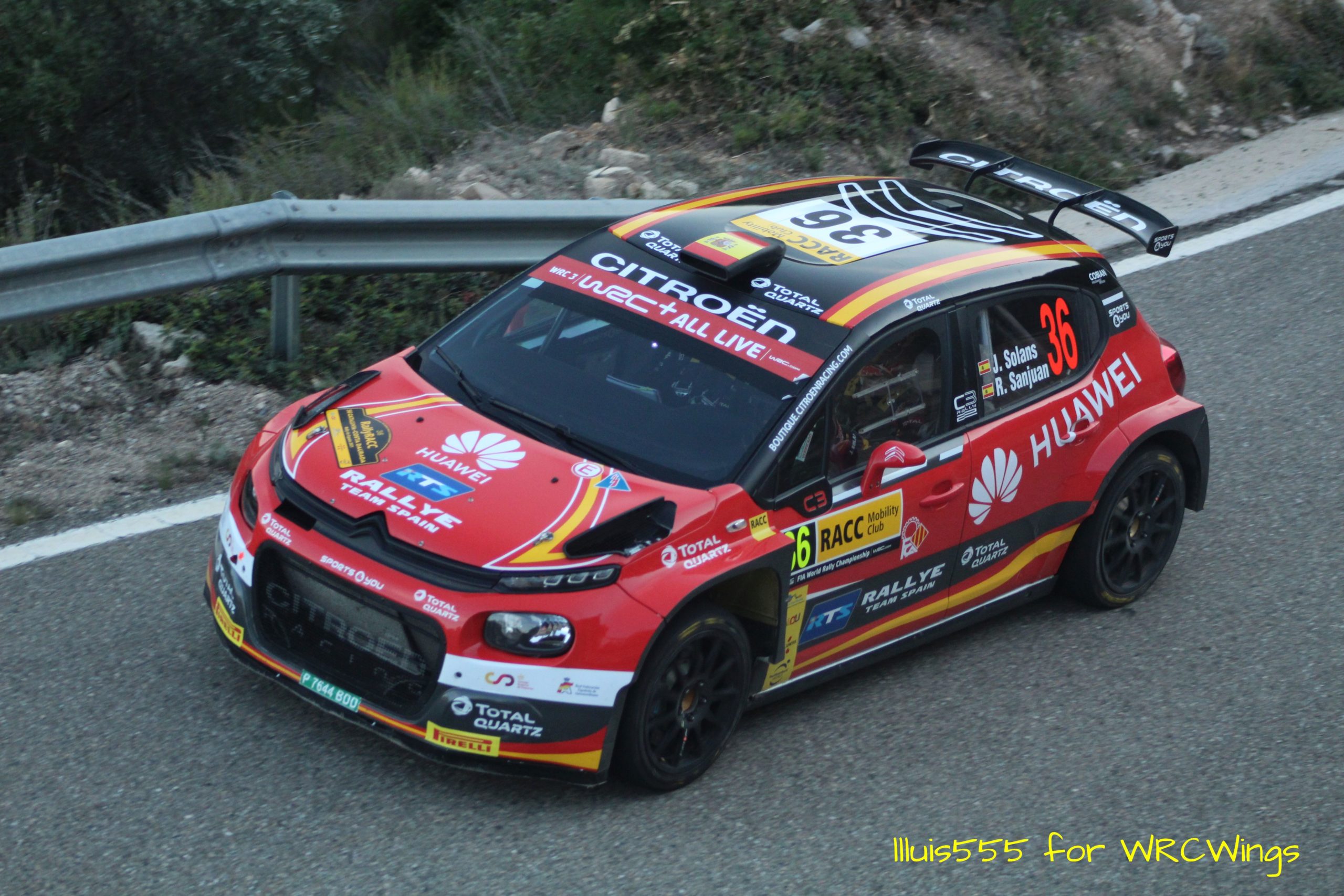 The car proved to keep in a very good shape, especially after the innovations introduced early this year, affecting chassis and suspension, shock absorbers, engine software or brake balance control. And aerodynamics, of course. The front splitter was modified, mainly by the addition of a front lip (black strip), as shown in the pictures below, but what was the purpose? 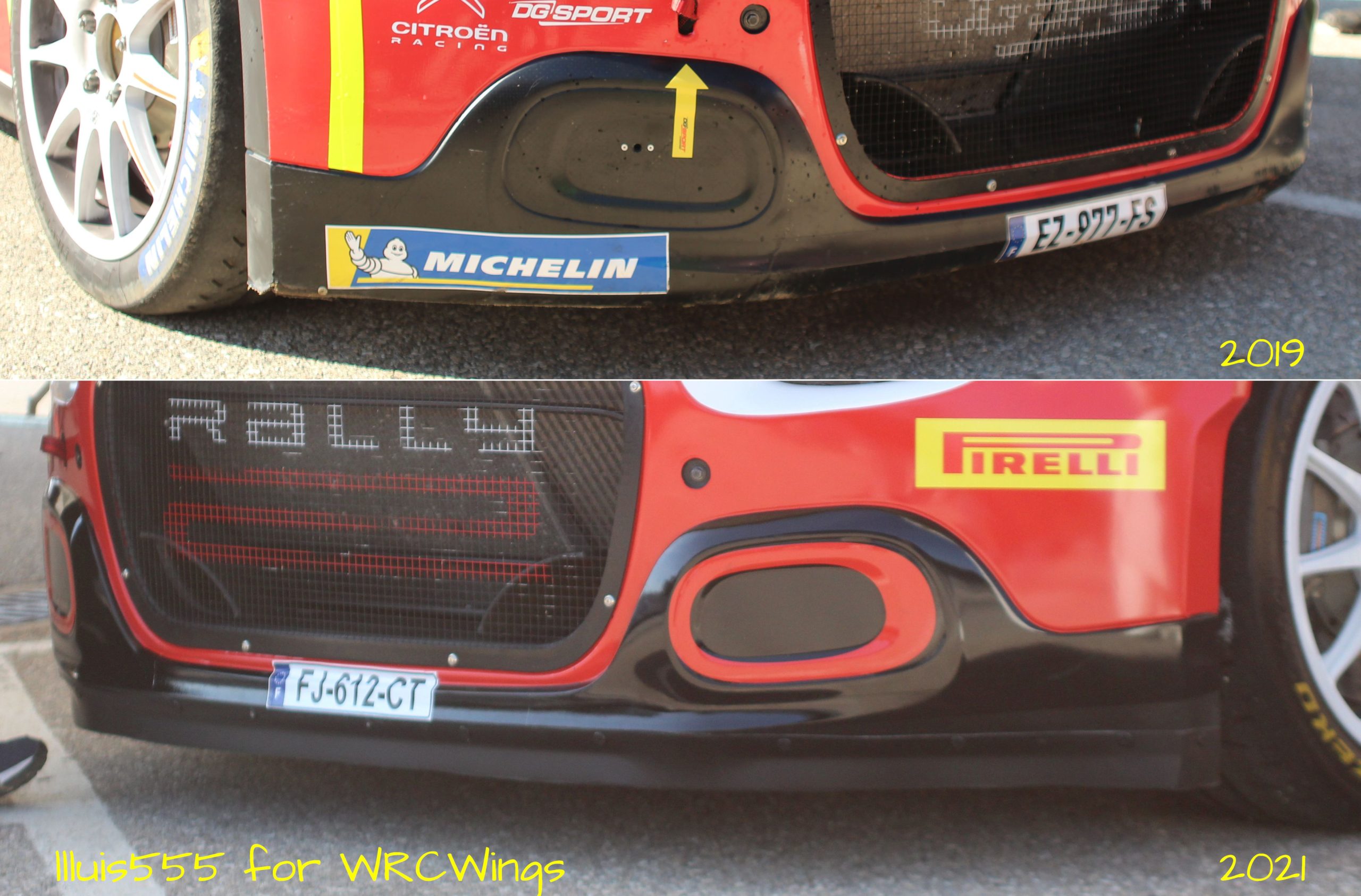 Adding a lip to the front splitter reduces the amount of air entering under the car, as shown in the figure below. 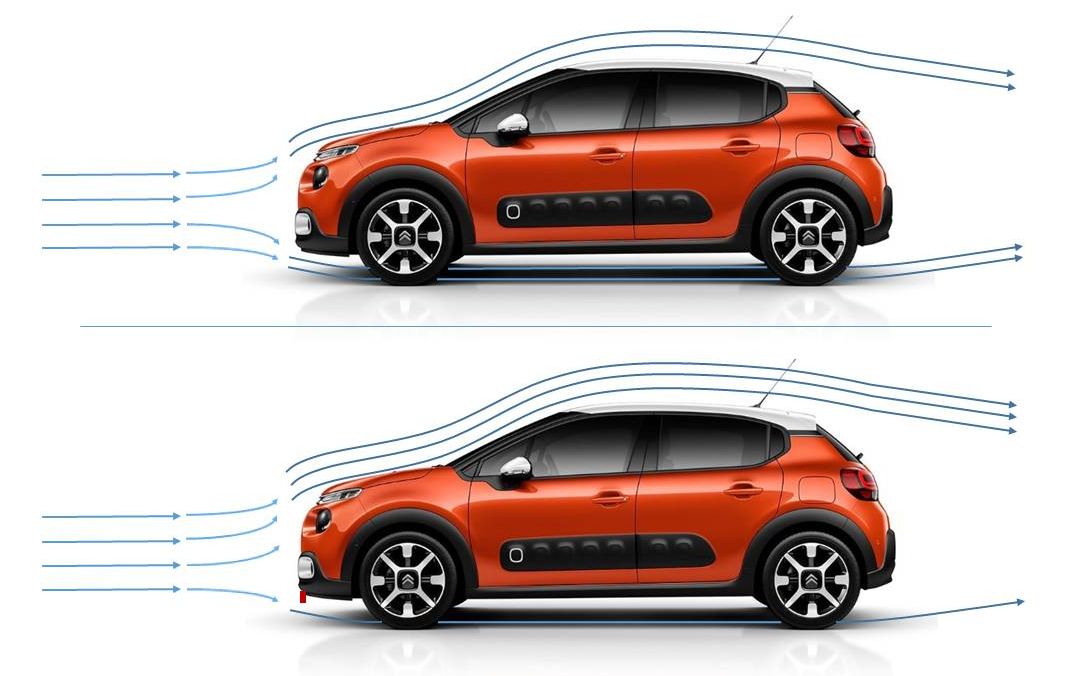 As less air enters under the front splitter, there is less pressure under the car, so the car is more attached to the road, which means more grip, i.e. more efficient transmission of engine power to the road, and the front wheels turn easier (less understeering).

Didier Clement confirms that their goal was “Simply to have more aerodynamic support at the front, even at low speed. The car is very sensitive, and we wanted to reduce understeering. Before, the car was well balanced but the fact of reaching some more downforce, even at low speed, allows us to adjust the car differently, to be even more efficient“. 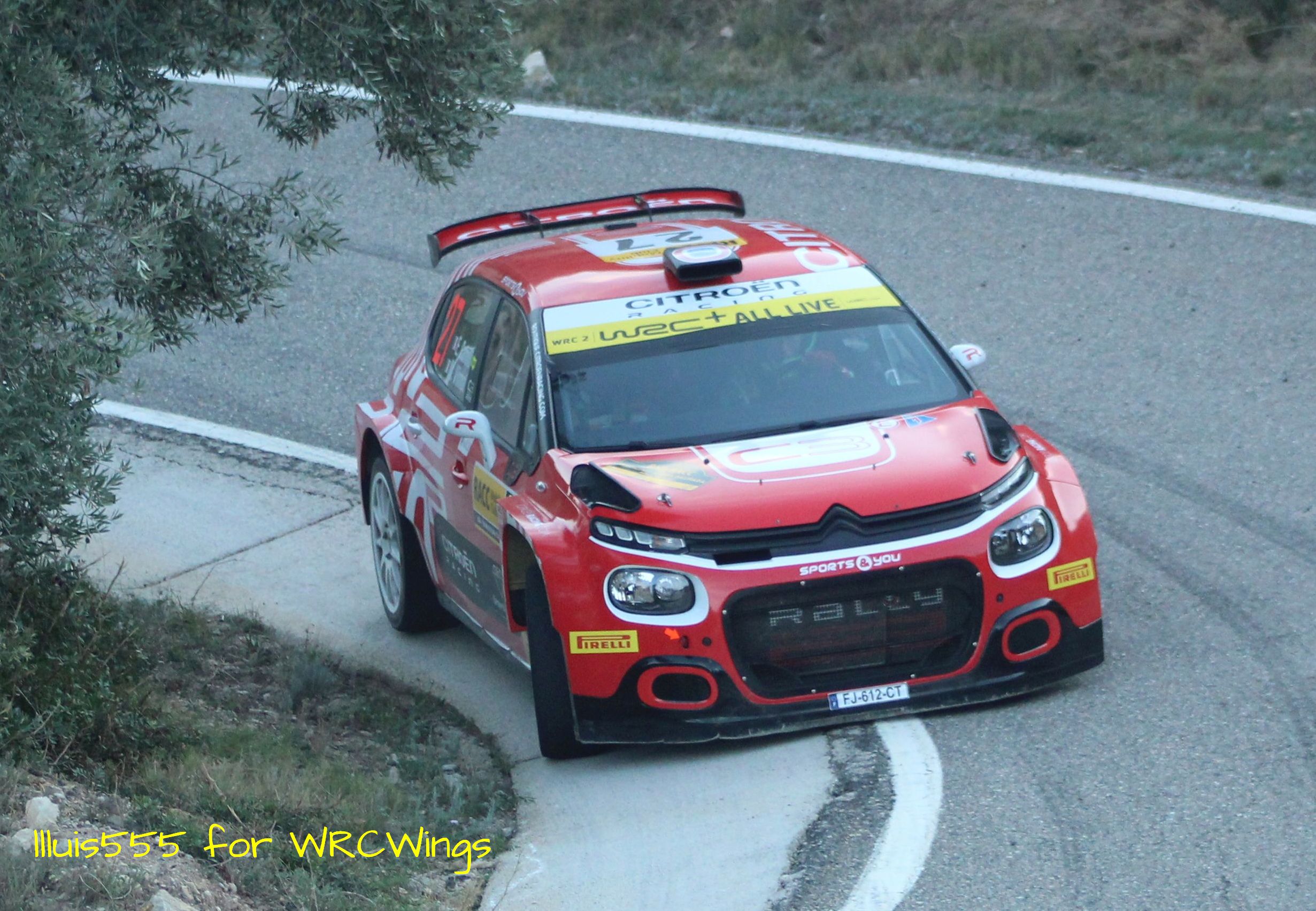 New modifications are currently under study to be introduced in the car in the coming months, as Didier explains: “it’s an extremely competitive category, the whole world is pushing, everyone wants the best possible return, Hyundai has invested a lot of means behind the new car, Skoda too, so we too, never stop developing… for next year we will not modify the aero package, but there will be new solutions (in other areas) that will be visible or maybe not, but we are confident that they will allow the car to go a bit faster“.

It is not clear yet if Mads and Torstein will take part in this development program, as he reckons that he doesn’t have a contract yet with Citroën for next year, so probably all is under negotiation.

But, talking about next year, we had to talk about hybridisation. Didier explains how he perceives this new era: “We, Citroën, we were in favour of hybridisation, because in fact, we participated at the beginning of the WRC regulation. In Rally2 we are also in favour of hybridisation… but it has little to do with hybridisation in the WRC. For the WRC, it’s high voltage with very heavy batteries, and it’s very expensive (only the battery and the electrical harness have the same cost as half a Rally2 car!). We mustn’t lose sight of the fact that a Rally2 is a customer car. We’ve already put forward some ideas to other manufacturers and to the FIA to have a light hybridisation that is cheap, with standard parts, a 48V low voltage solution with a small battery and with very little additional weight. Of course, you won’t be able to drive many kilometers on a hybrid, you will not have a big overboost, but it’s already a first step to use this hybrid energy in competition with a very low cost and no extra cost to operate”. 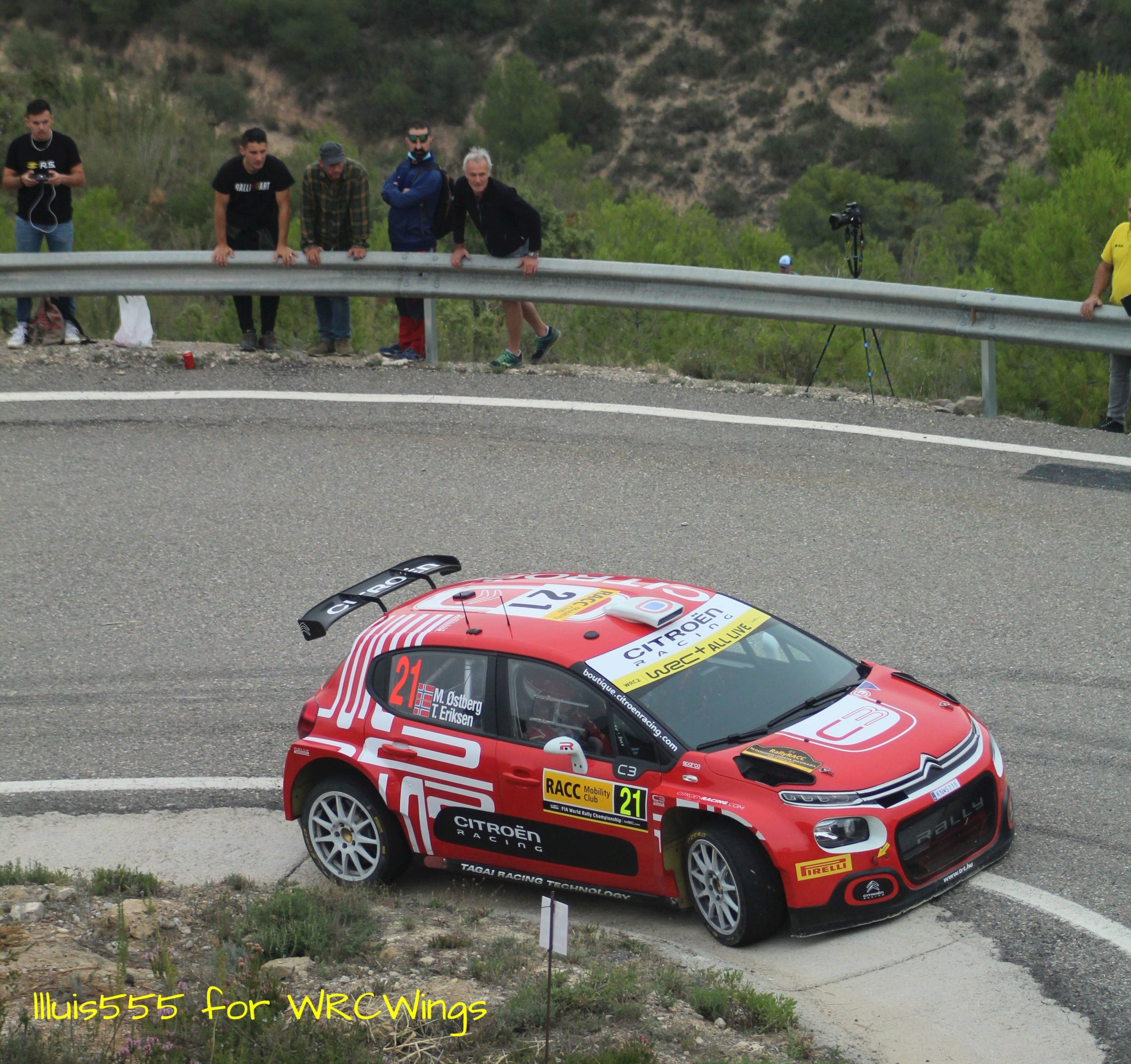 The final question is when we will see hybridisation in Rally2 cars? “Our idea is to have this regulation in 2023 or 2024, nothing is decided yet, we have to wait, but the technology that we will use in competition is known technology of series car to stay in a series price with just an additional competition package. We are pushing for the 48V low voltage solution that is used every day, it is not dangerous. When there are accidents, it is not more dangerous than with a normal car, that is why we think it is a good step and we will see if it is adopted in the future”.

The figures of the Citroën proposal for Rally2 hybridisation are far from Rally1 cars, as well as from pure rally electric vehicles such as the Škoda Fabia EV built by Kreisel, as shown in the table below. As Didier explained, the system would be safer (due to much lower voltage) but less powerful, in terms of accumulated output. The value of 20 kW has been estimated from the information of similar systems from other manufacturers, but it might be higher.

We want to deeply thank Mads Østberg and Didier Clement for their collaboration and passion in bringing some light to current and future developments, so we can all understand them better, and wish them all the best for the coming season!